In review!  How the heck is it New Year's Eve? 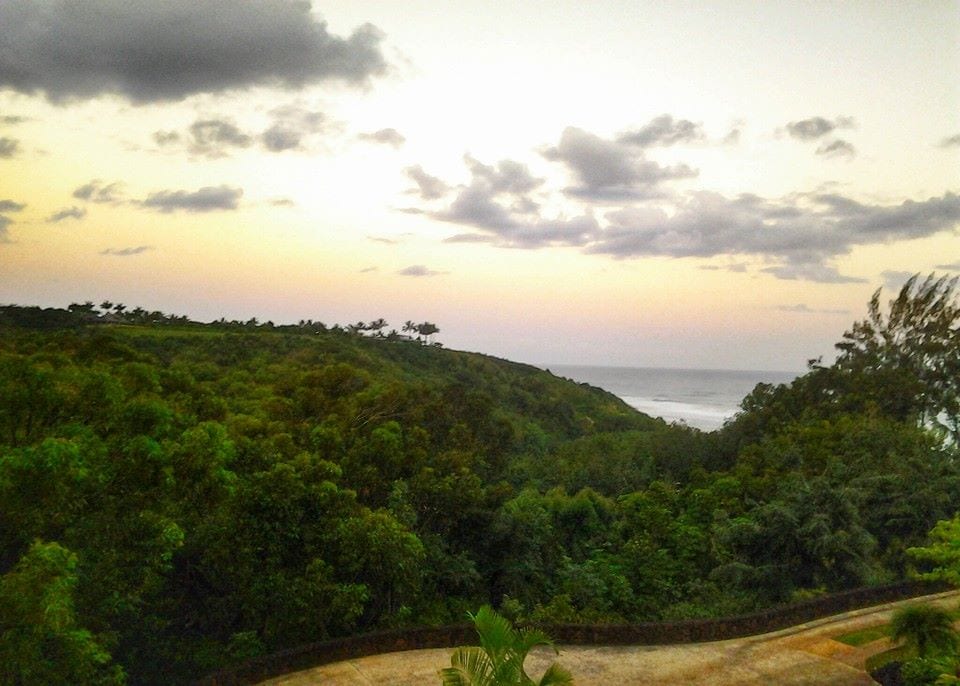 What are you doing tonight?  We're having people over and making a thousand sausage cheddar balls because WHY NOT, and there will be babies (not mine) and dogs and food and champagne and it's going to be fabulous but low key.

This is one of my favorite days of the year, not just of course because of the excuse to overeat and over drink or the sparkly everything, but I really do like reminiscing and thinking about our year - the good, bad, and ugly.  We've had a GREAT year, for the most part, and I consider myself so lucky to be a part of this life.

So, let's look back!

January:  We went to Hawaii for a group honeymoon with some of Jay's comedy friends, and it was just glorious.  One of the best trips we've ever taken, I'd say, and we're both eager to go back.  I also started my final grad school internship and amped up my yoga teaching schedule, since it was the first month ever that I'd not been employed full time.  Terrifying, and crazy fun.

February:  Got screamed at by a stranger for something that wasn't my fault at one of my shows.  The early spring is one of my favorite and least favorite times of year because of all the travelling, all the humans, and all the extra work.  Those factors are good and bad, depending on the day.  We also had a 4-day snow-in right when I was supposed to be finishing my thesis, which was horrible because I had to write while everyone else daydrank and played in the snow.  I'm still not over it.

March:  I made this mustard curry BBQ sauce for the first time, and have made it nearly once a month since for one thing or another.   It's one of the better things I've ever created, and that makes me proud.  I also turned 28.

April:  We went to NYC as we do each year to close out the music competition season, and it was probably our best trip yet.  I can't get over that city.  I also used Instagram to show pictures that now don't appear on my site anymore.  Can any WordPress gurus help me with this please?  Arigatou.

May:  We started talking more seriously about the idea of moving, but haven't done so yet because now I'm working on getting licensed and changing states during that 2 year process is a massive hassle.  We are, though, still VERY interested in taking a new adventure geographically together in the near future.  It terrifies me, mainly because I adore my job, my friends, being close to our family, and our whole life here.  BUT I love new places.  More to come on that.

June:  Funny lady Sara Schaefer came to visit us and do a show in Greenville, and we had just the best time with her.  We don't get to see her often, but she's one of the loveliest people I know and her comedy is just GREAT.

July:  Scott and Belen found out they were having a baby boy, and we had a super fun party to celebrate.  Having a close neighbor preggo all year was SO much fun.  I don't know if it was fun for her.

August:  Grad school graduation!  Finally, after 3.5 years.  All exams passed, and when we went to the beach my family threw a really nice little party since I didn't attend graduation.  We also celebrated our one year anniversary and Jay wrote about it here.

September:  Started my first paying therapy job at a psychiatric hospital nearby, and started to learn all sorts of things about humanity.   ALL SORTS.  And, Jay ran his first 5K!  And then promptly stopped running.

October:  Made this silky sweet potato soup with fried sage.  Fried sage is my life.

November:  Thanksgiving came a day early with my family, and we went on a cruise!  Jay had a rough time with the riff raff that was on the boat with us, but I had a great time and it was an essential break for my mental health.

December:  Here we are!  Still in it, for a few more hours.  It feels like yesterday that we were prepping for our Jan 2 trip to Hawaii, and right now we're just excited for a fun night tonight with friends.  Christmas happened, Scott and Belen's baby was born by accident in their bed across the street - never a dull moment.