It's high time for a new Caesar dish. 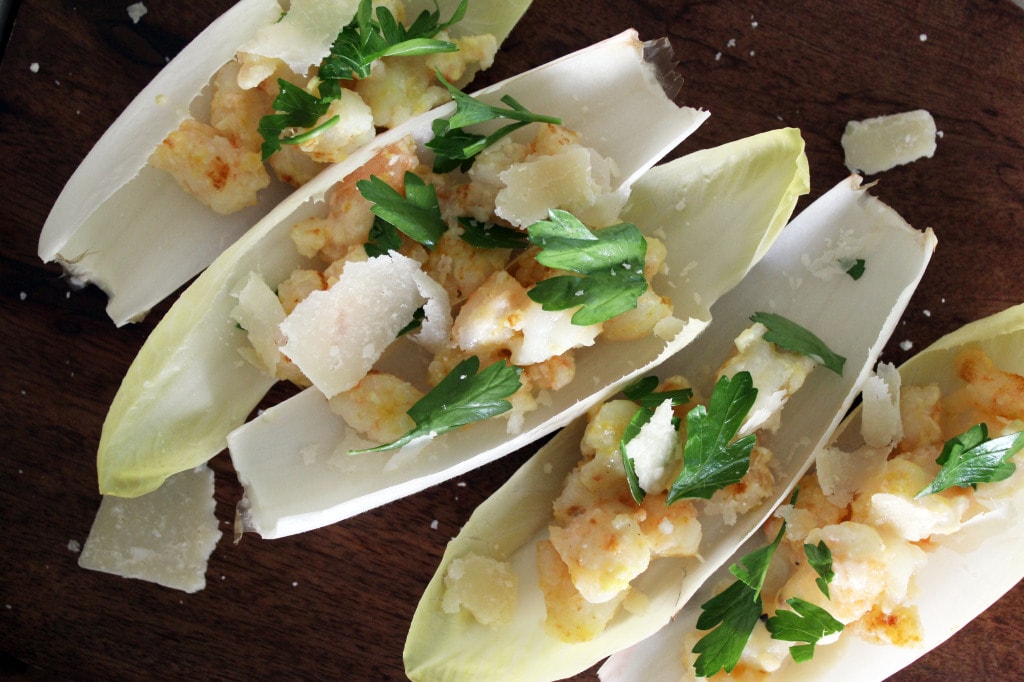 I adore Caesar dressing, and I make it a lot for catering and life and Mondays.  Especially now that Jay is a vegetarian-who-only-eats-animals-without-faces and also LOVES shrimp, this was a super great one to make this weekend.

It's my standard Caesar dressing, but instead of romaine lettuce like you'd expect, we went with endive, which is bitter and sexy and really sturdy, which I love for lettuce wraps.  ALSO, it's smaller than romaine leaves, and I like having smaller things for pick-up salads like this.

Let's make boats.  You need shrimp, lemon, grated parm, and endive.  Then for the dressing we have olive oil, dijon mustard, Worcestershire sauce, more parm, garlic, anchovy paste, heavy cream, and pepper.  I don't use raw egg in my dressing, but you could sub an egg yolk for the heavy cream - up to you!   Also, about the parm:  I have two kinds because I'm spoiled.  These two kinds are actually two of THREE kinds of parm I keep in my fridge on the reg for different things.  You could totally just use regular grated parm and call it a day.  Seriously.  I'm out of control. 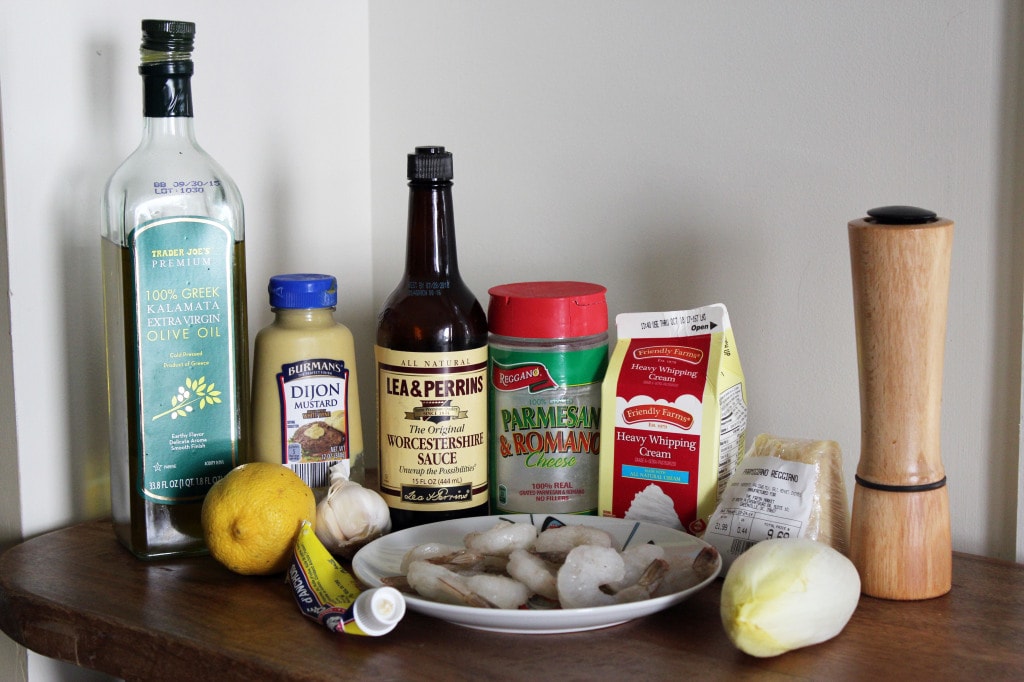 Let's make the shrimp first.  Use any size shrimp you like, but cut it into small chunks while you preheat a skillet with olive oil to medium-high heat. 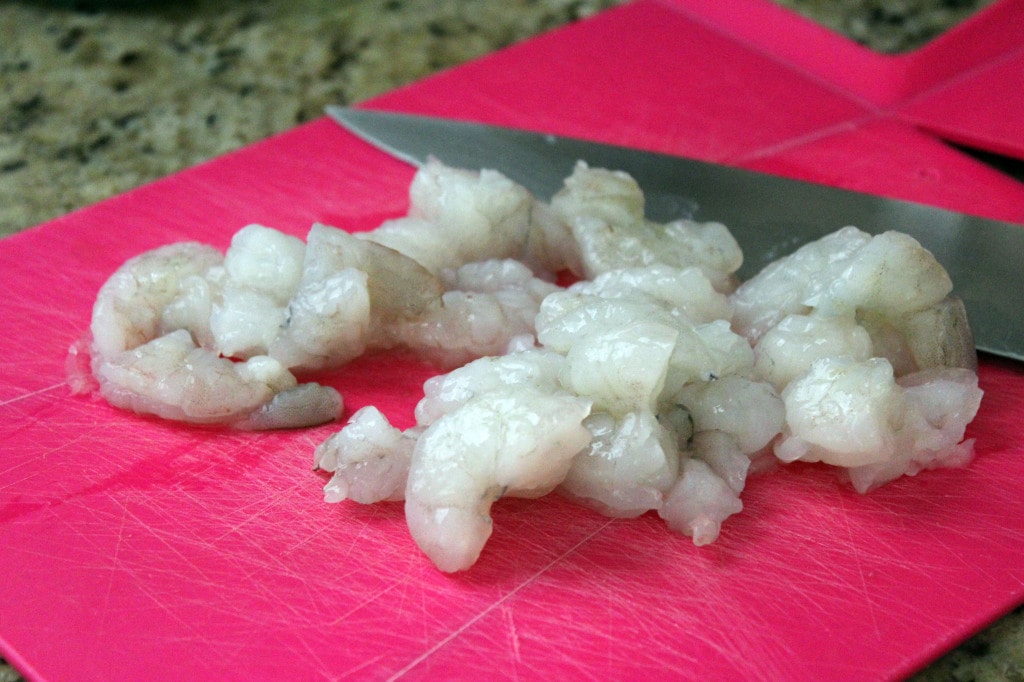 When the oil is super hot, add the shrimp. 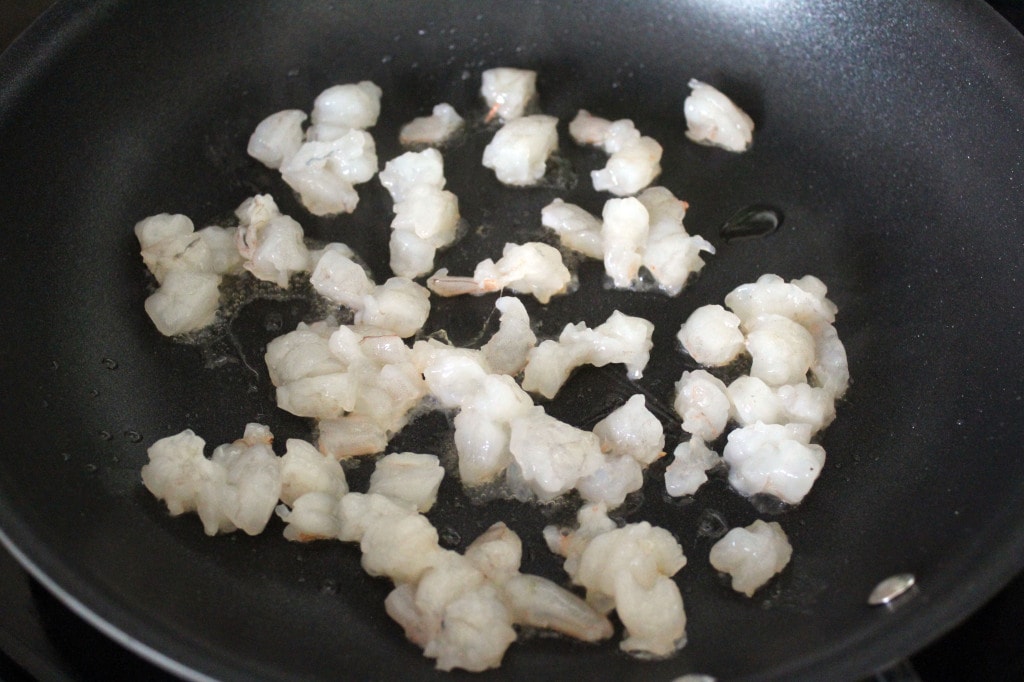 Let the shrimp cook for 1 minute without moving it at all.  It should sizzle!  Then, zest the lemon directly over the shrimp. 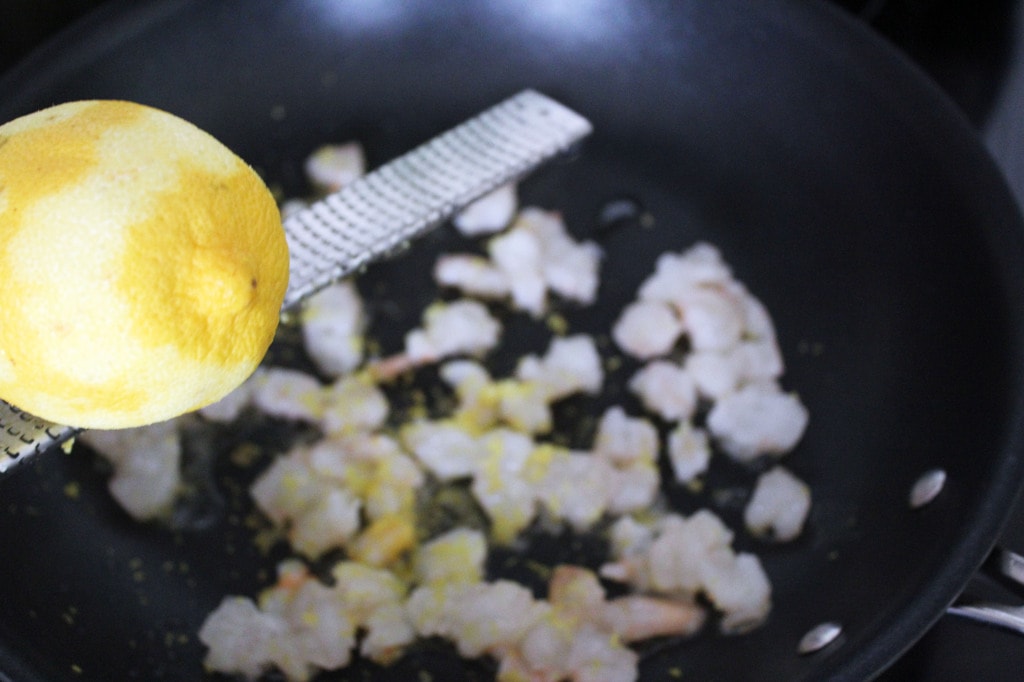 Sprinkle on some parmesan, too.  Just a little bit. 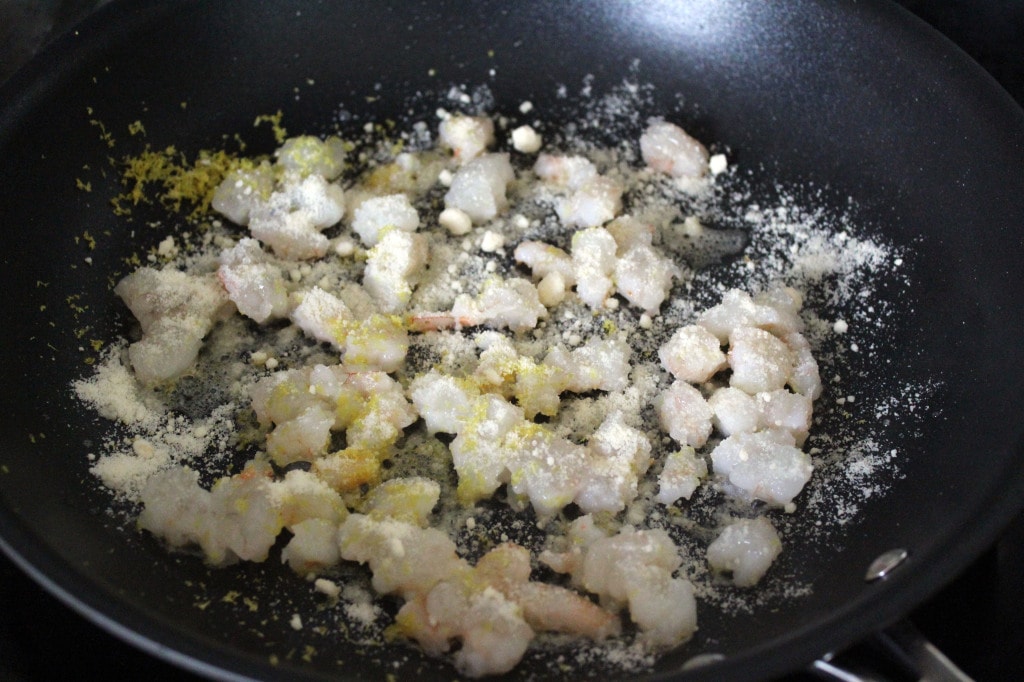 Now, stir the shrimp for just another minute or so until the parmesan browns just a bit. 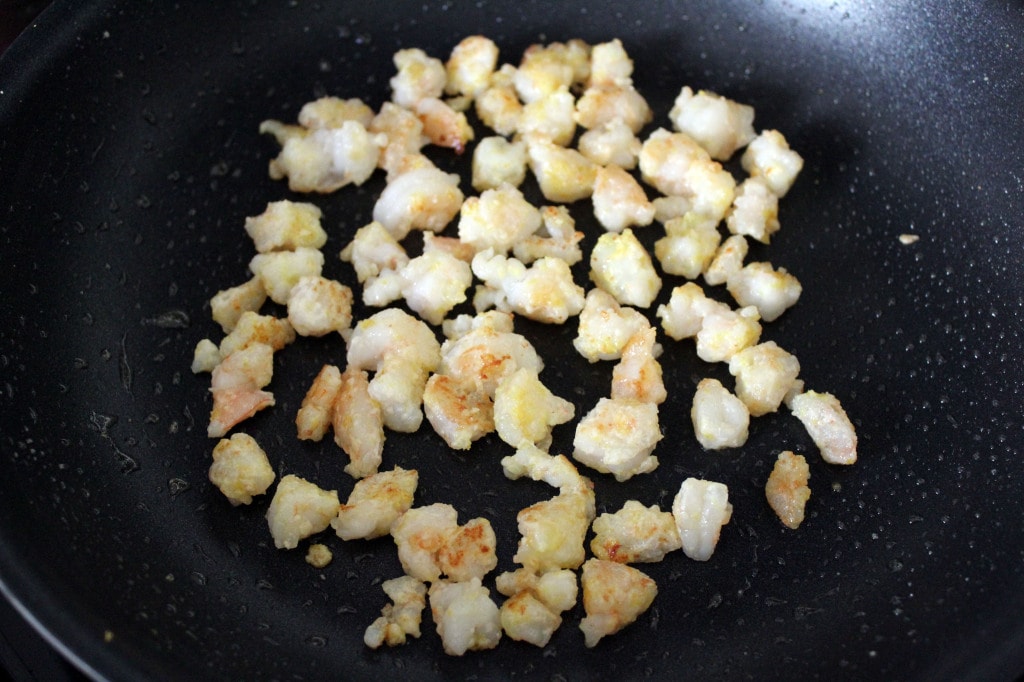 Take the shrimp out of the pan, and set it aside until you're ready to build the boats.  Also, spoiler alert!  This makeshift crust is great on any seafood, chicken, WHATEVER that you like to cook quickly in a hot skillet.  Seriously.  Legit. 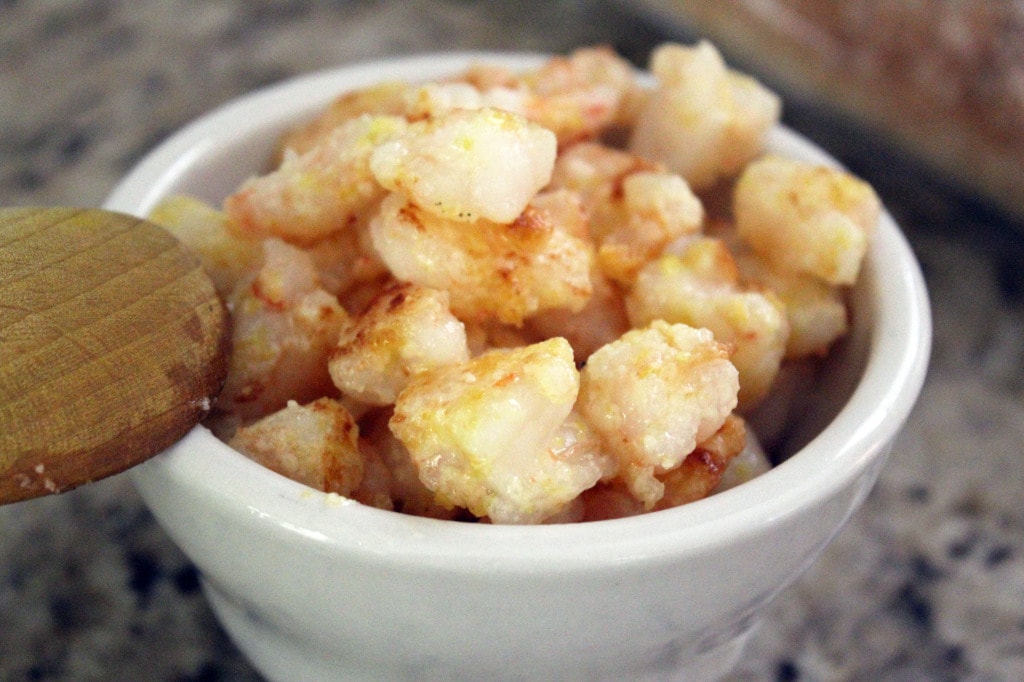 Now, onto the dressing.  I make mine in this little food processor, but you could use a blender or even a whisk! 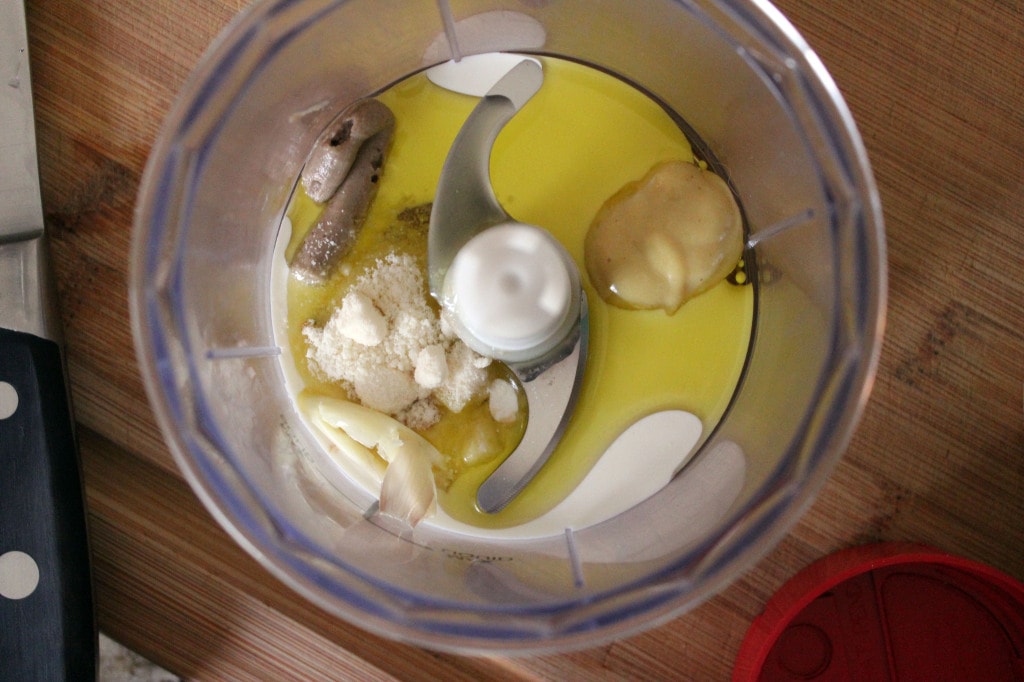 Juice half of the cut lemon in with the other dressing ingredients, then whir away.  Taste the dressing and add anything you think it needs.  The measurements below are just a guide - add more of anything you'd like once you taste the first run. 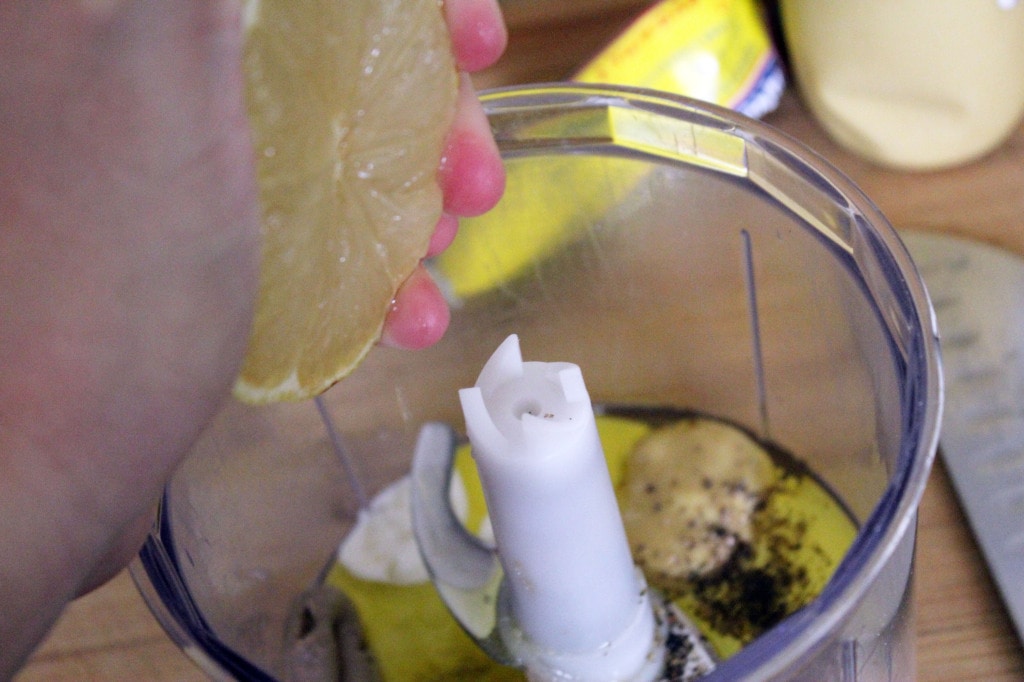 Now, we build!  Just separate the endive leaves gently, add in a bit of the shrimp mixture, drizzle over some dressing, and add parm + parsley if you feel like it.  I do just a tiny bit of dressing at first, then serve extra on the side in case folks want to add a little bit more. 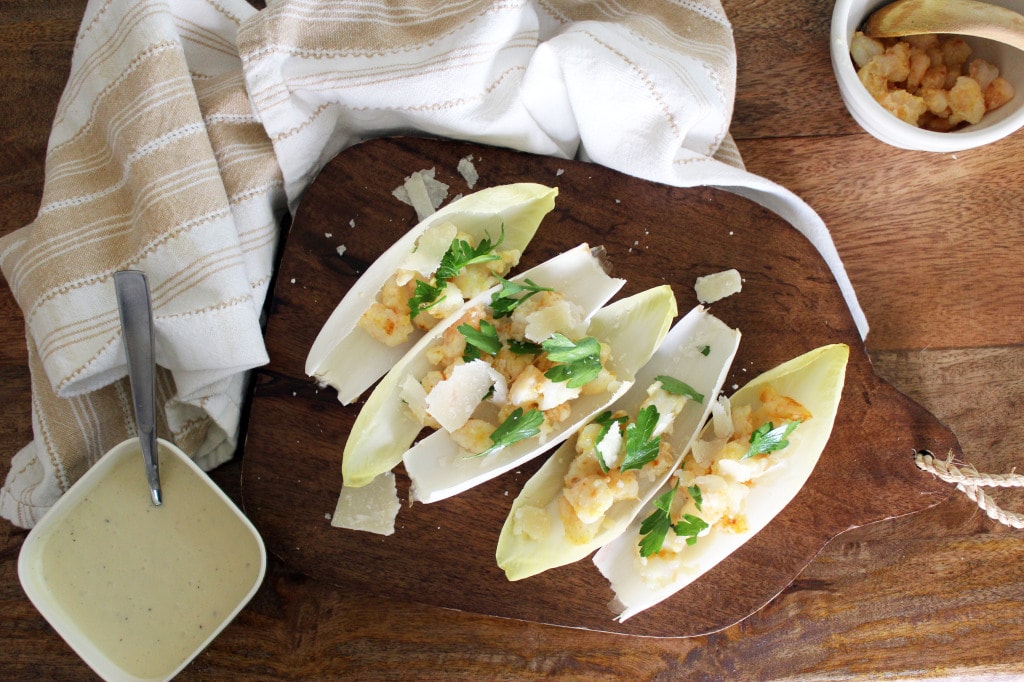 These are gorgeous, and very simple.  I love using shrimp in appetizers because they cook so quickly, and you can make the dressing a few days in advance to save even more time. 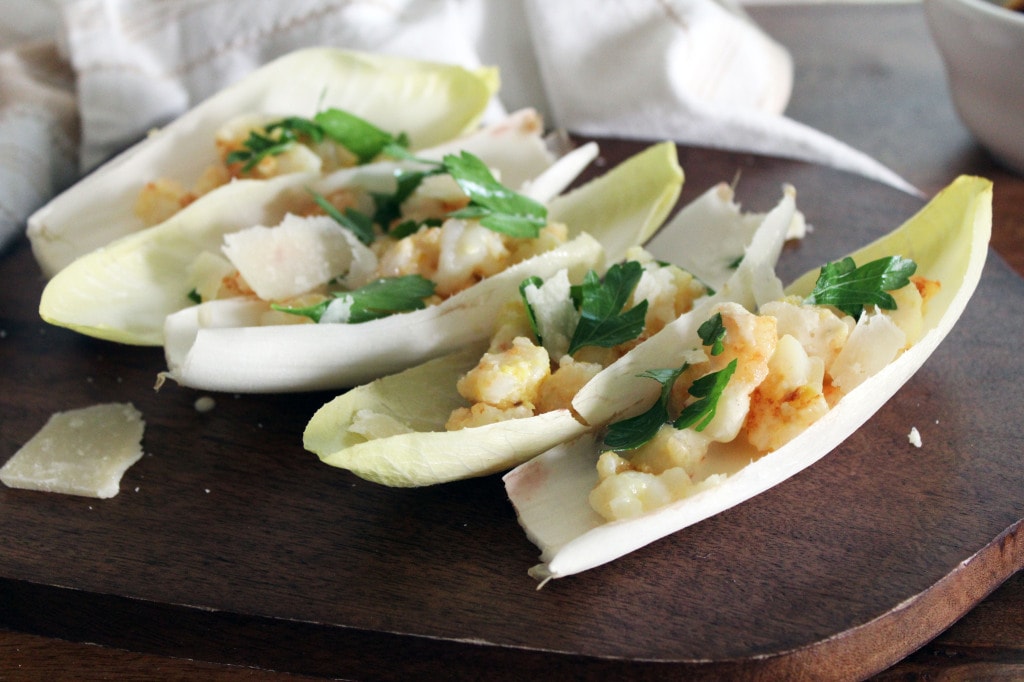 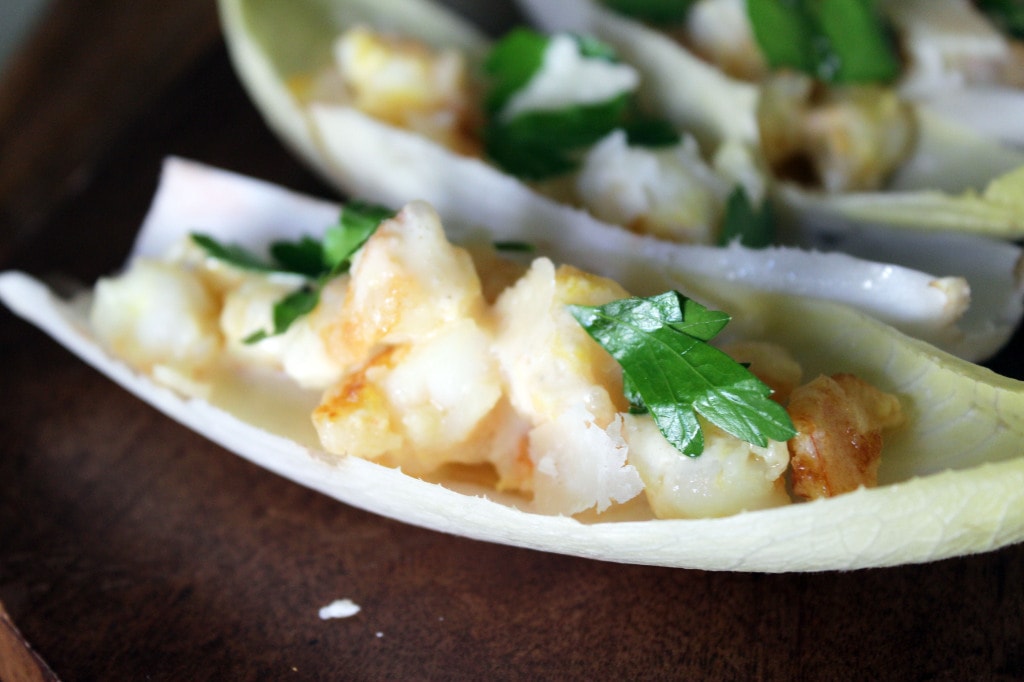