I have nothing to say about this appetizer other than 1. Jay has decided to be a vegetarian for the past 4 days, 2. it's time for some new football food, and 3. these take 30 minutes because I used canned refried beans. 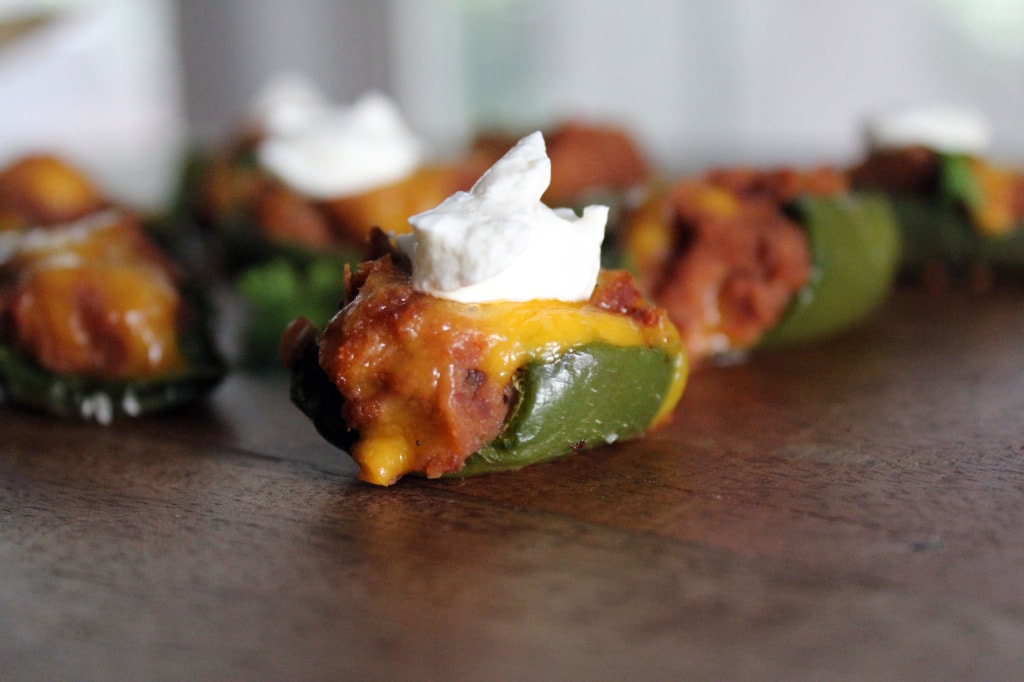 Ok actually I do have some things to say, surprise, surprise.  I made these the other night for a little Mexican fiesta I threw together for Jay's mom and grandmother, and by threw together I mean OMG THEY CAN'T BE EARLY I DON'T HAVE ENOUGH TIME KILL ME but then also I wanted things to be nice and pretty and festive and this app is FAST and easy, which is great for those times when you're just too busy, amirite? 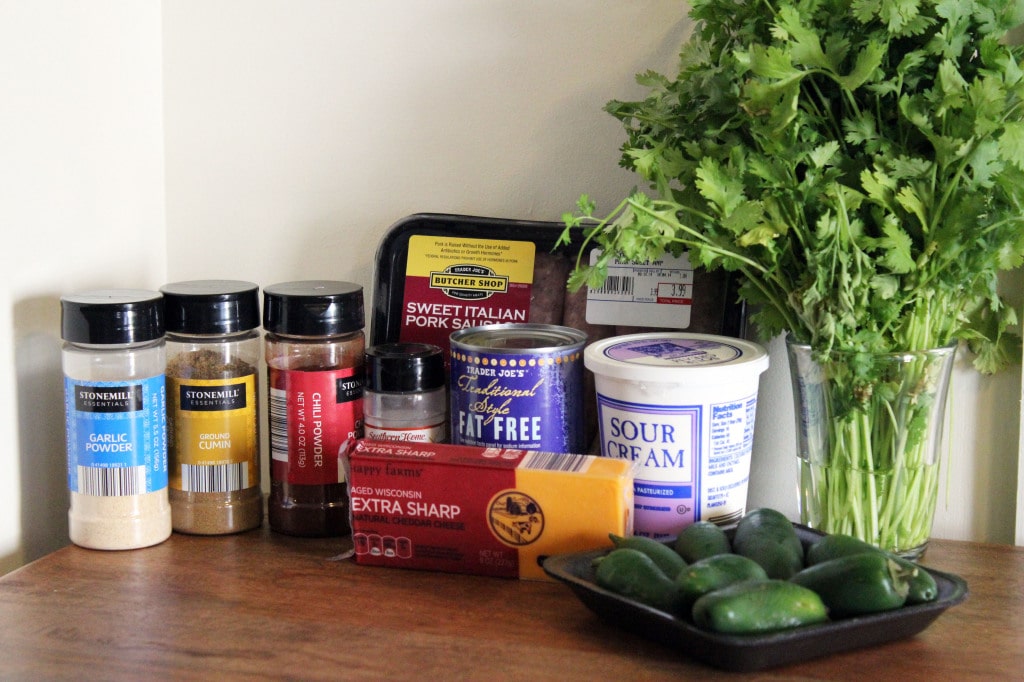 We'll get the jalapenos going, then the sausage, then the bean mixture.   Then we'll eat!   For the peppers, cut them in half, scrape out the seeds and ribs, and cut the halves in half for bite-sized pieces.  You could leave the ...halves...whole...ughthatmakesnosense too if you'd like larger appetizer bites. 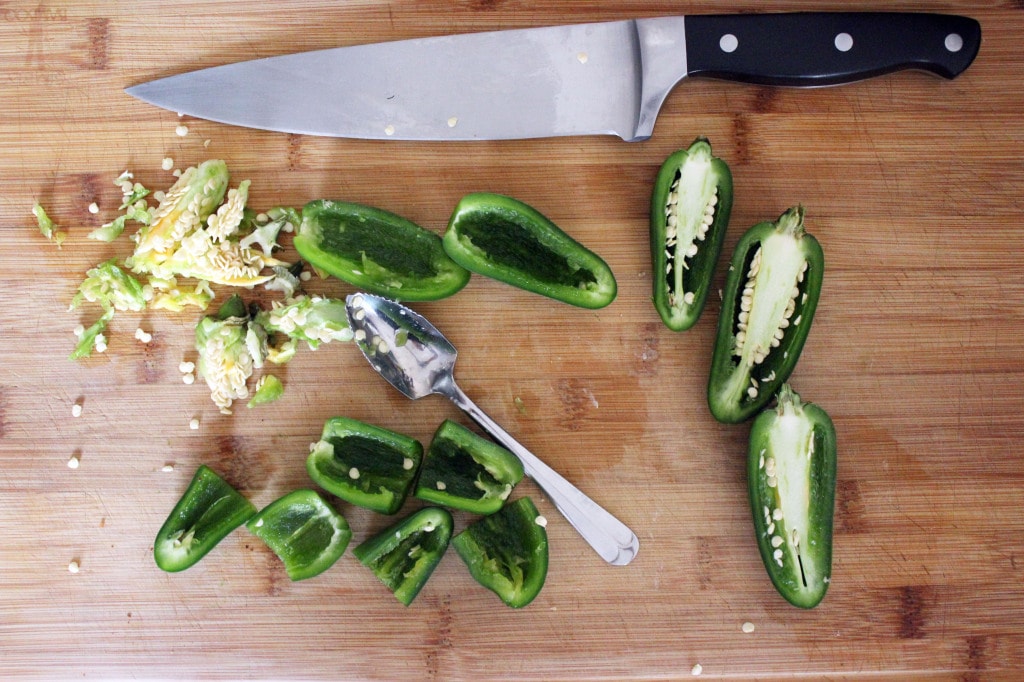 Turn the oven to 450F and arrange the peppers cut side up on a baking sheet.  Sprinkle them with salt.  Roast for about 10 minutes just to start them cooking. 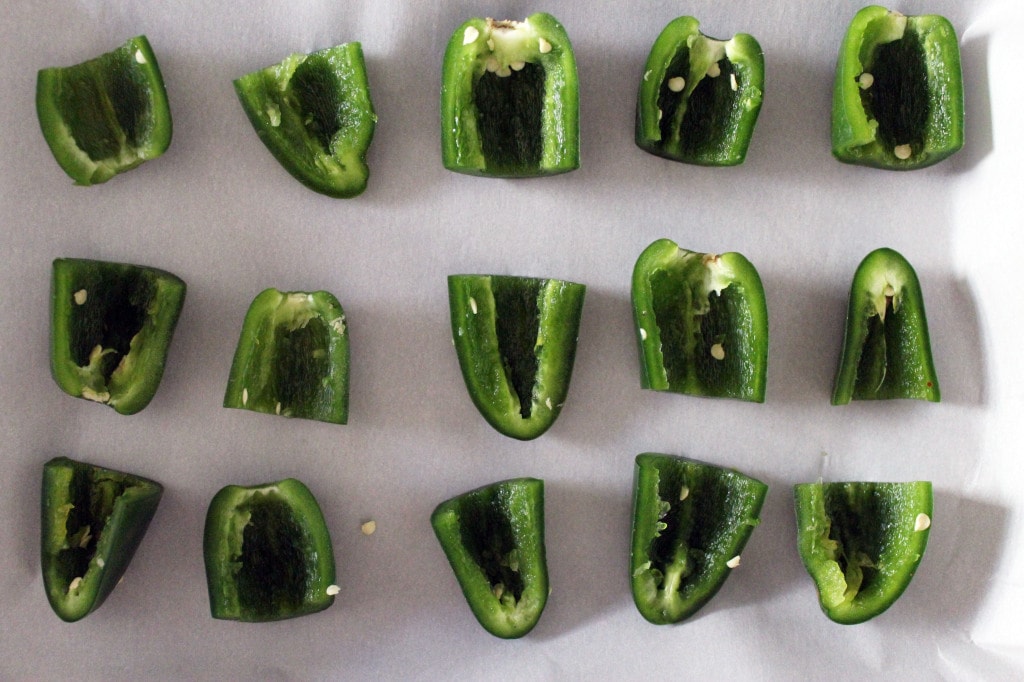 While the peppers are working, add the sausage to a skillet over medium-high heat with half of each of the spices.  Use a spoon to crumble the sausage as it browns, then turn the heat off and set the sausage aside until ready to use. 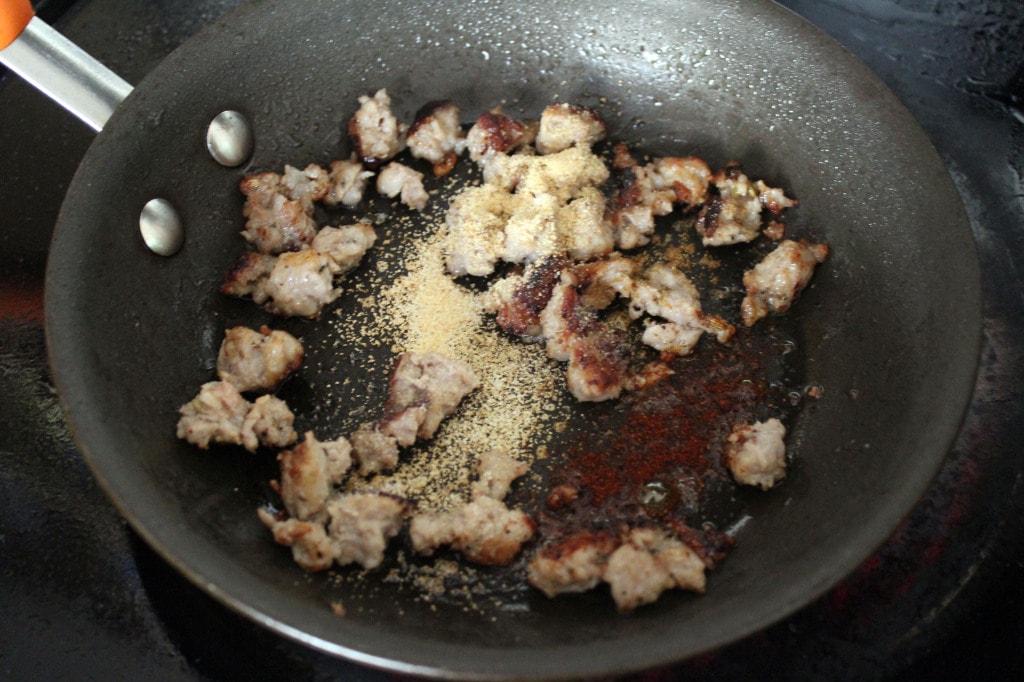 NOW, when the peppers are slightly wilted but not overcooked, remove them from the oven. 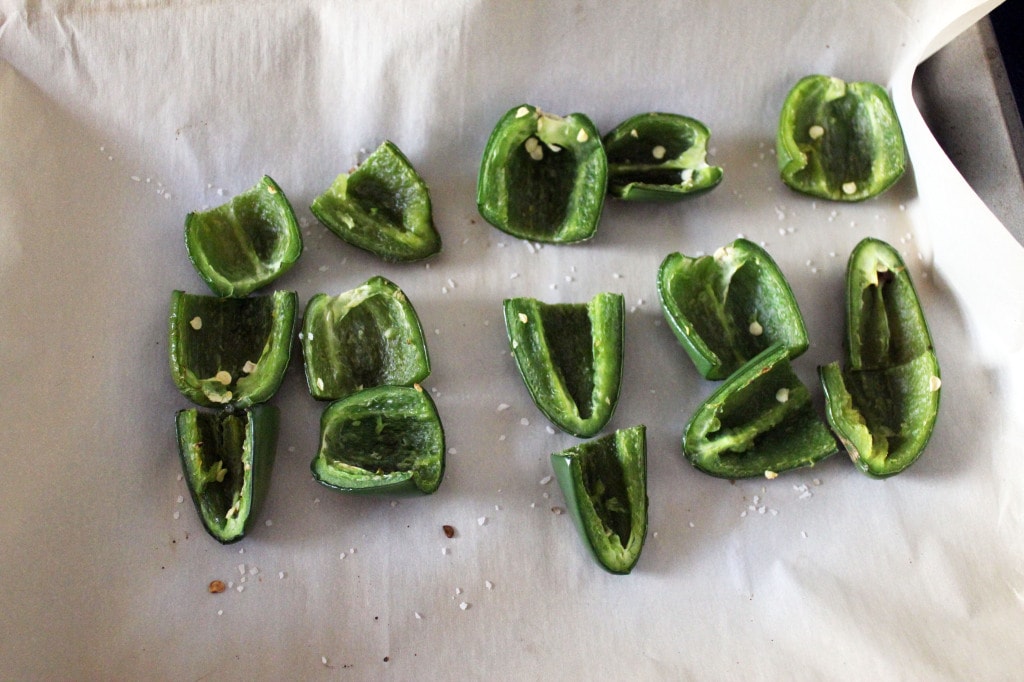 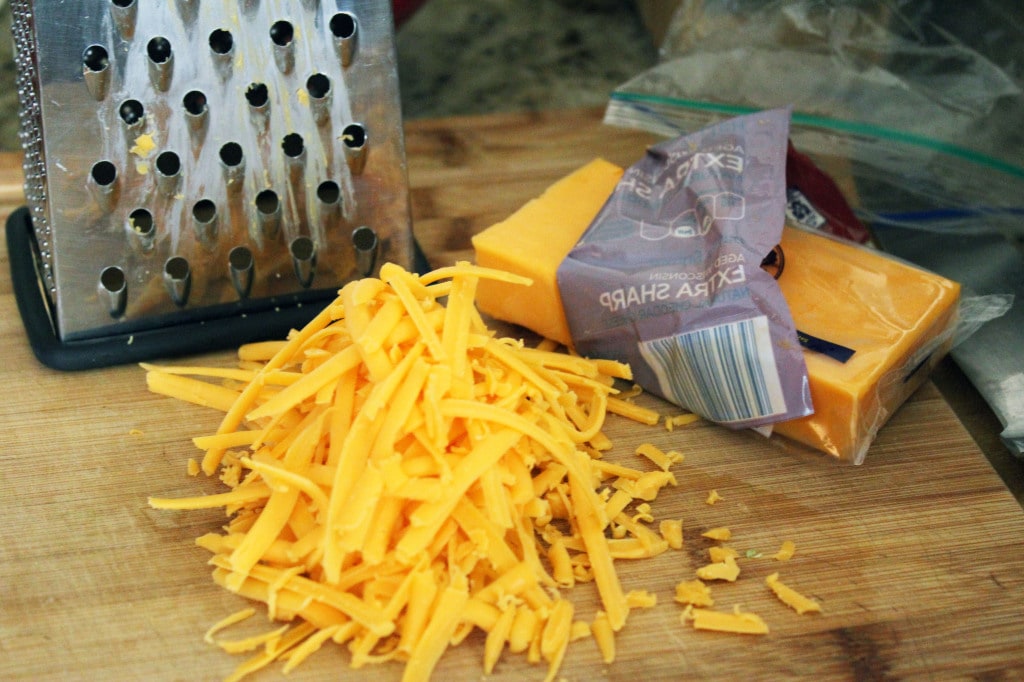 And make the bean mixture!  Add the rest of the spices to the beans and give them a little stir. 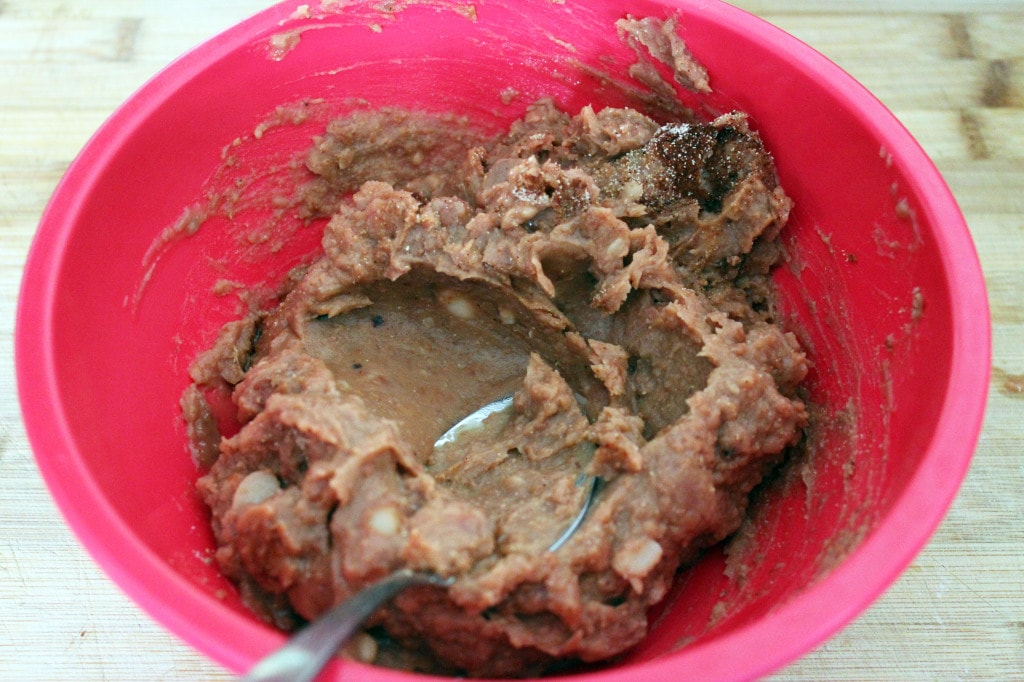 Then stir in half the cheese. 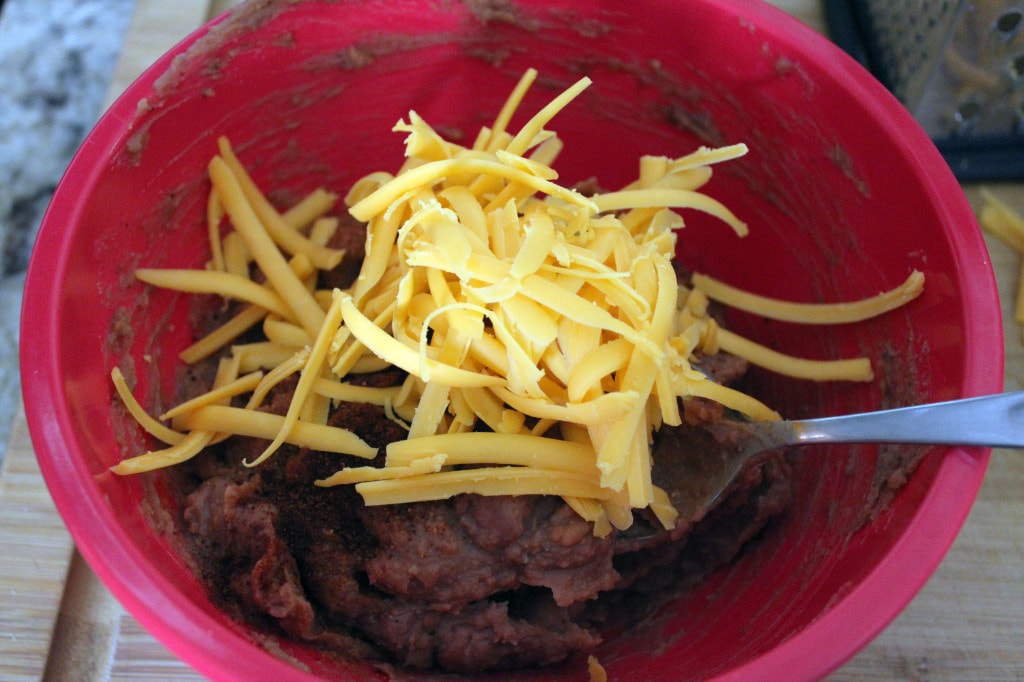 Now we're ready to build!  Scoop in a little bit of the bean mixture to each pepper, then top just half of them with some of the sausage. 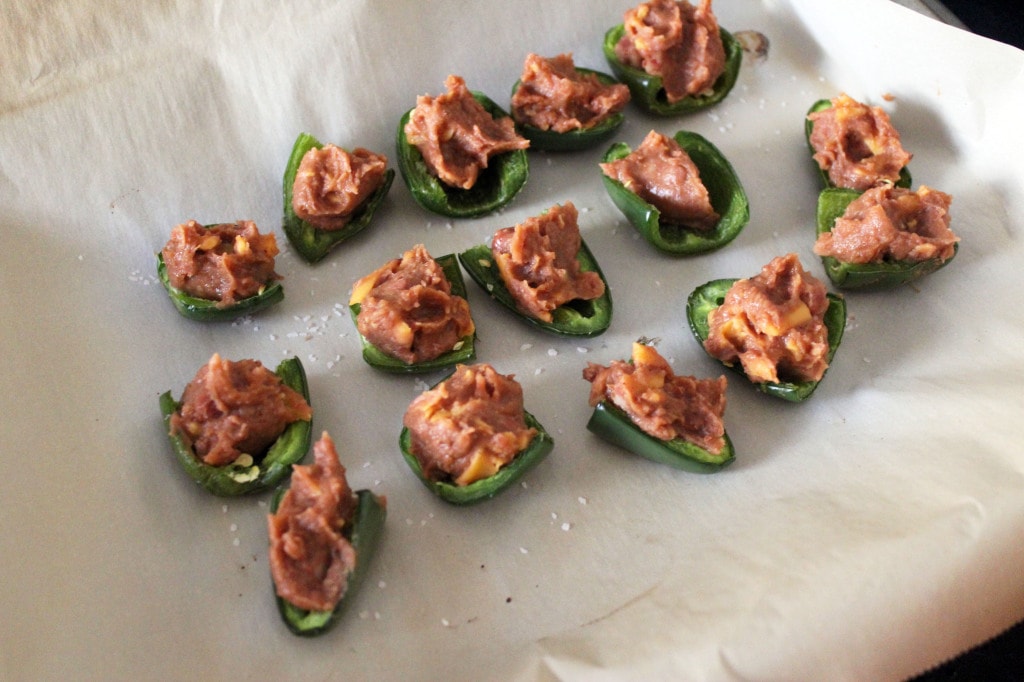 Add a bit of cheese on top of each piece. 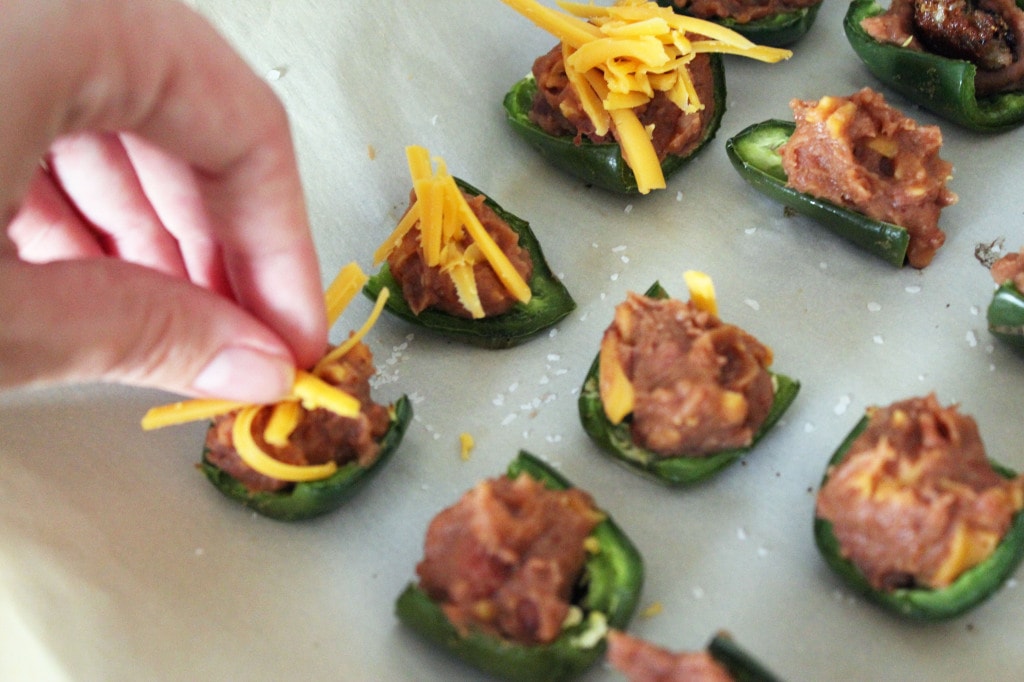 And we're ready to bake.  As a note, you could do the recipe all the way up to this step WAY in advance.  A few days before, morning of, whatevs. 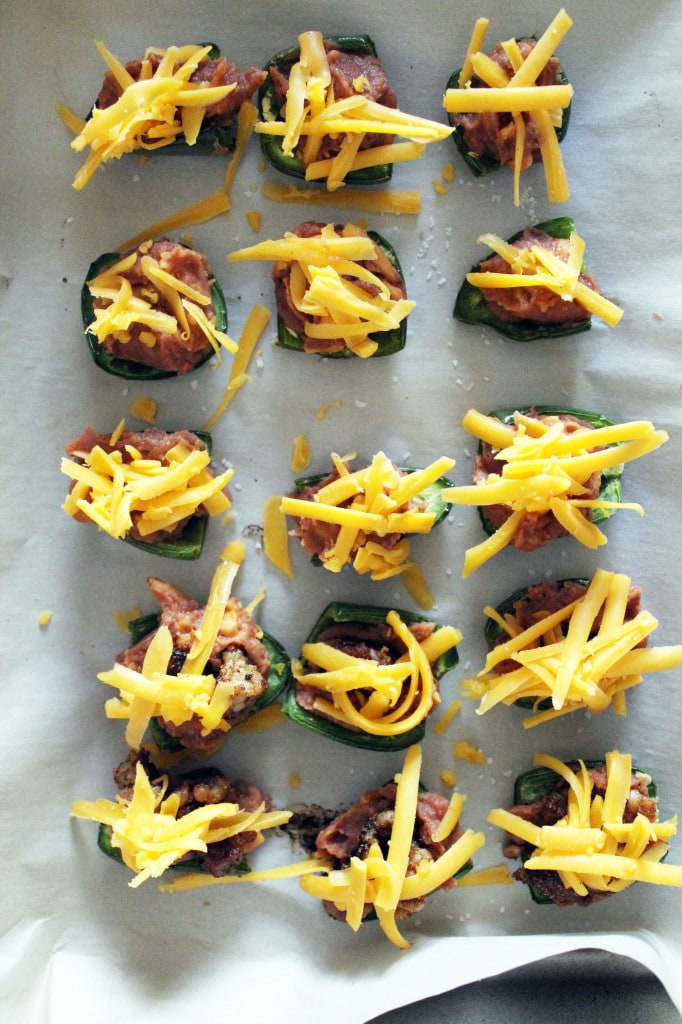 Bake the peppers at 450 again for 10 minutes until the cheese is super bubbly and browned at the edges. 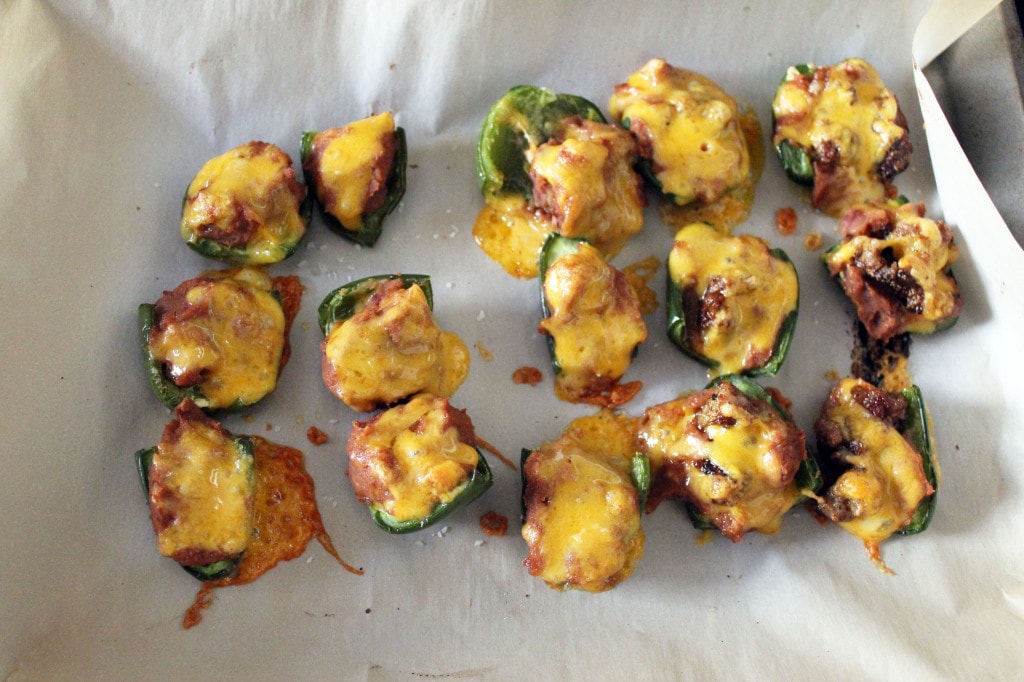 Then add some sour cream and cilantro to the whole mess. 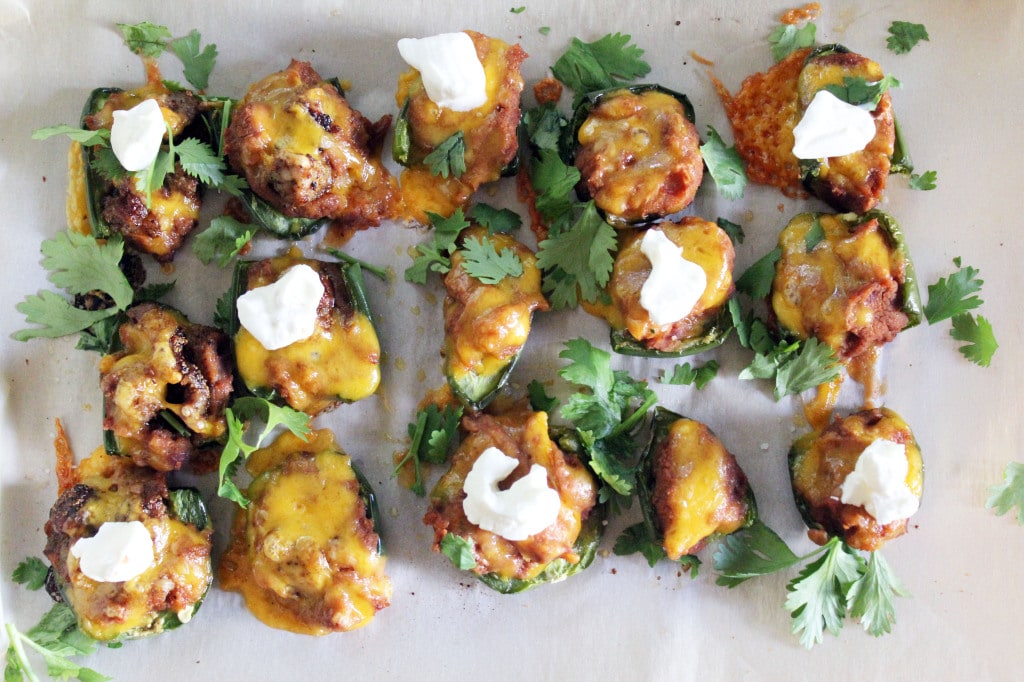 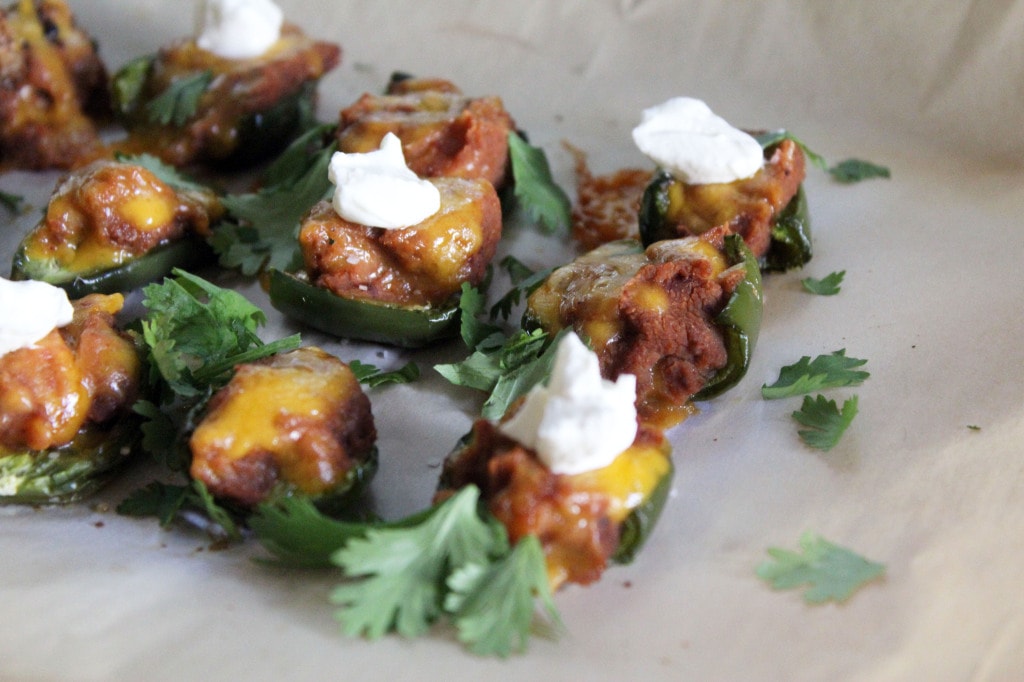 These are delicious, easy, and totes sexier than a nacho. 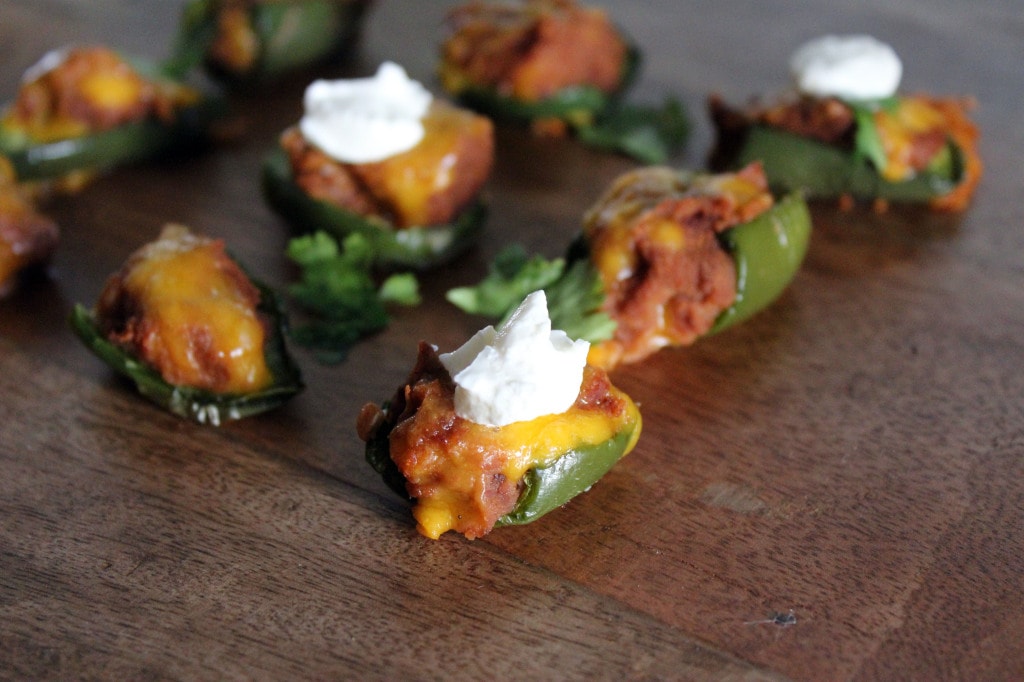