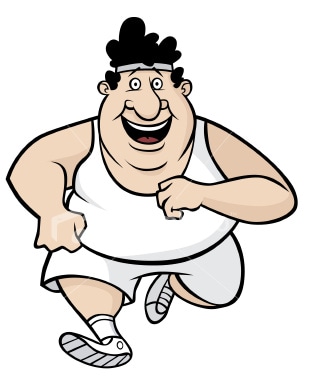 I don't usually talk about nudity, sex, or anything like that.  I find it weird and easier to make That's What She Said comments that are funny but don't involve disclosure about my personal life.

I just have to tell you this story.  It's not sexy, but there is DEFINITELY some nudity in it.

Last weekend Jay and I went to Athens, Georgia.  I had a show there (I produce collegiate a cappella tournaments) so we got a hotel room, went out downtown, and had a great time.

When we got back to the hotel I asked Jay to go get some ice while I got all sexy.

That means, I wanted to put on my massive t-shirt and yoga pants and play Words with Friends.

He came to the door holding the ice bucket and wearing nothing but some very tight boxer briefs.

Lindsay: um...don't you want to put some clothes on?

Satisfied that my mildly inebriated significant other knew what he was doing, I settled into bed to tackle some particularly challenging games.

I thought to myself...I'm not going to go looking for him.  He's an adult and always gets huffy when I tell him what to do, so I'm going to kick his ass at Words and sit tight.

15 full minutes later, Jay returned in an absolute huff.  I learned this:

This is a nice place, you'd think there'd be an ice machine on every hall!  WRONG.  I had to go to another floor to get your damn ice, and the doors to each floor lock because it's so late!  I waited and waited for ANYONE to go into our hall but no one did so I had to go to the lobby and they just laughed at me and I was naked and WHY did you need ice?!?

Um, honey....I told you to put some clothes on.

Apparently the incident was my fault, but, since I was mildly inebriated myself I just giggled and giggled while envisioning my Valentine,  man-boobs a-flappin' at the front desk of a well-lit, exposed-to-a-main-road chain hotel explaining why he was naked holding ice not in his room.

May this be an example to you of "what could go wrong?" the next time you consider leaving any confined space wearing only tight underwear.

Also, may this be further evidence that when I tell Jay what to do, I'm generally right.