Guys I have to tell you a really important story. 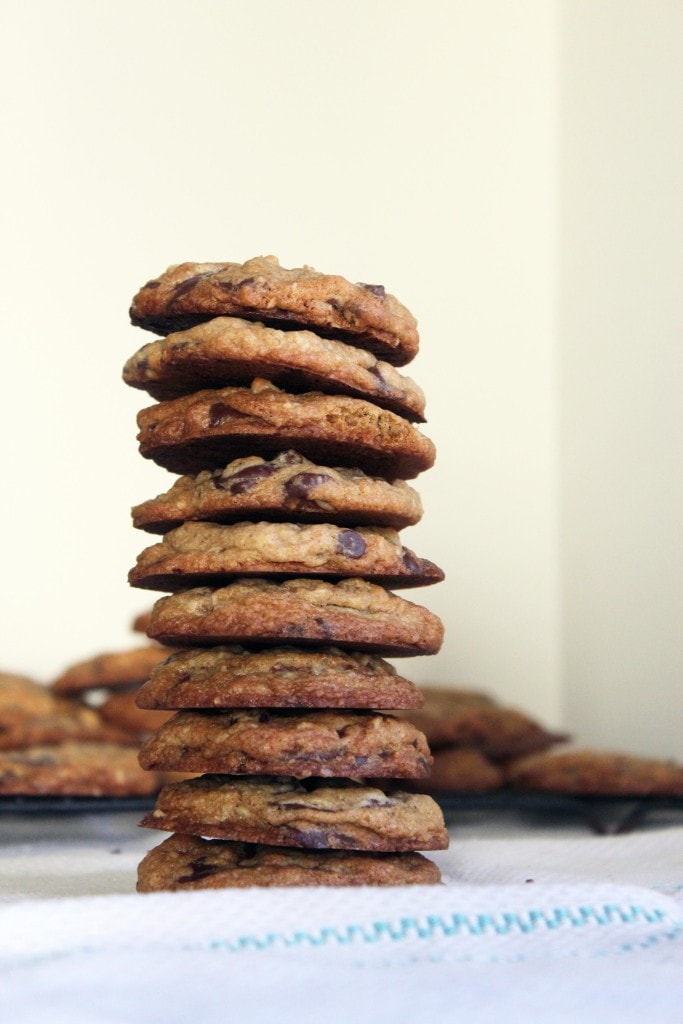 You know how Doubletree Hotels give you a warm wonderful cookie when you check in and also some of them have free happy hour?

I stayed at a Doubletree back in January and my flight was delayed approximately 98 times so I got to the hotel at 1am and there was no cookie.

And happy hour was over.

I wasn't terribly pleased, as you can imagine.  I've actually been thinking about it since January.

BUT THEN this recipe kept coming up in searches and linked to other blogs I read and I realized that I hadn't shown a new dessert recipe in awhile because I mainly stink at baking and don't even get me started on recipe development.  Not happening.  So I made these.  Twice.  And they were delicious.  And now I've gained 10 pounds.  Worth every single one. 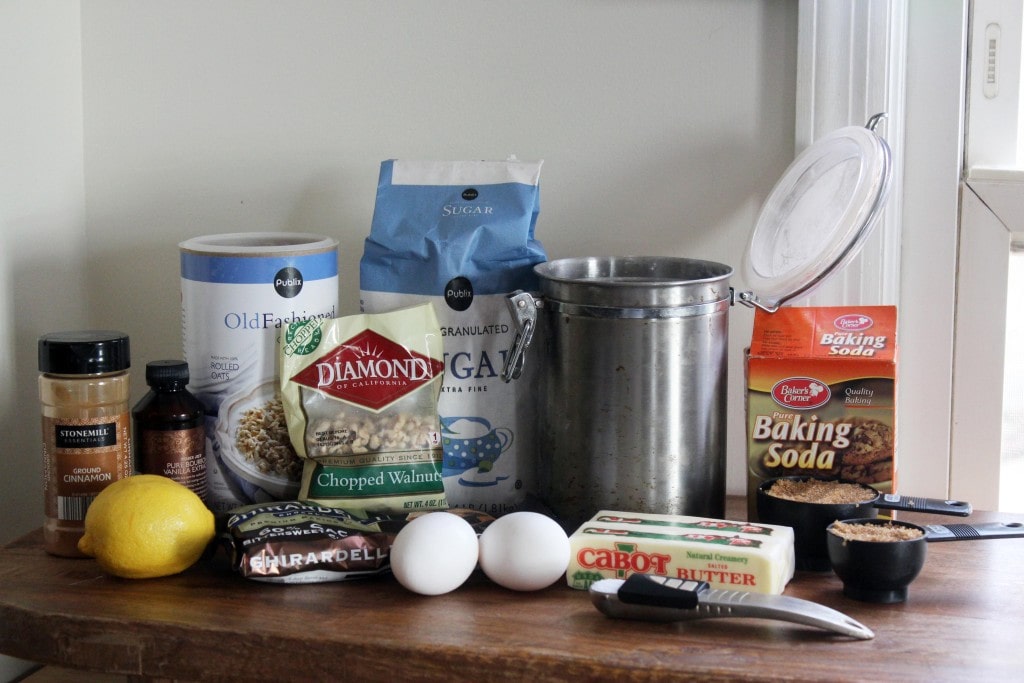 First, we'll beat up on the oatmeal a little bit.  Measure it in to a little food processor. 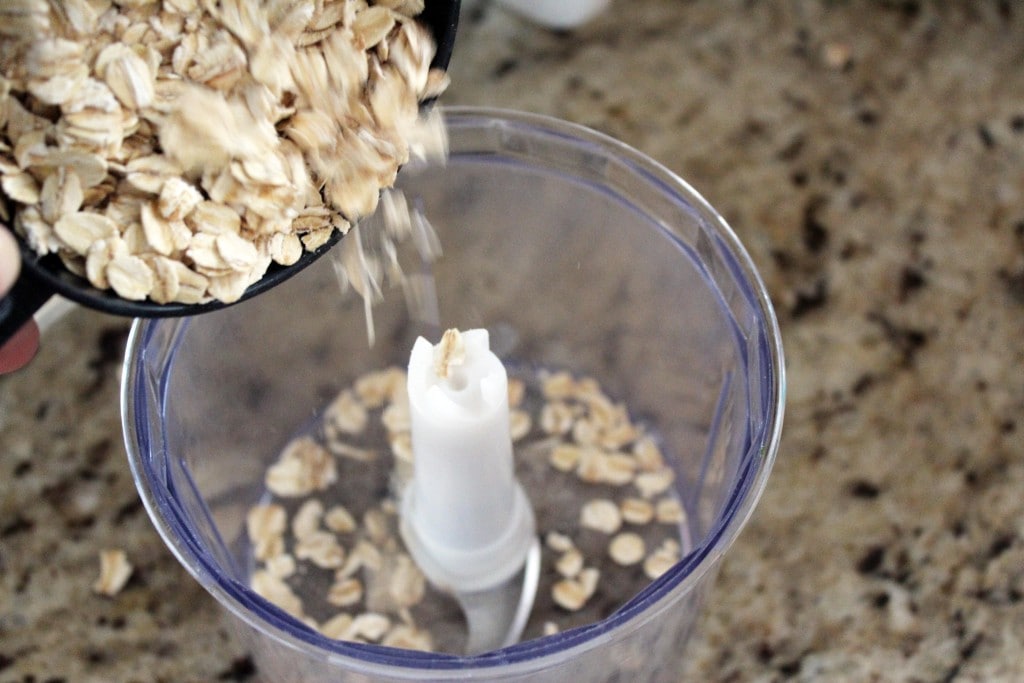 And grind it up!  I like this step - it makes the entire cookie taste really oatmeal-ish without big oats throughout.  A nice touch. 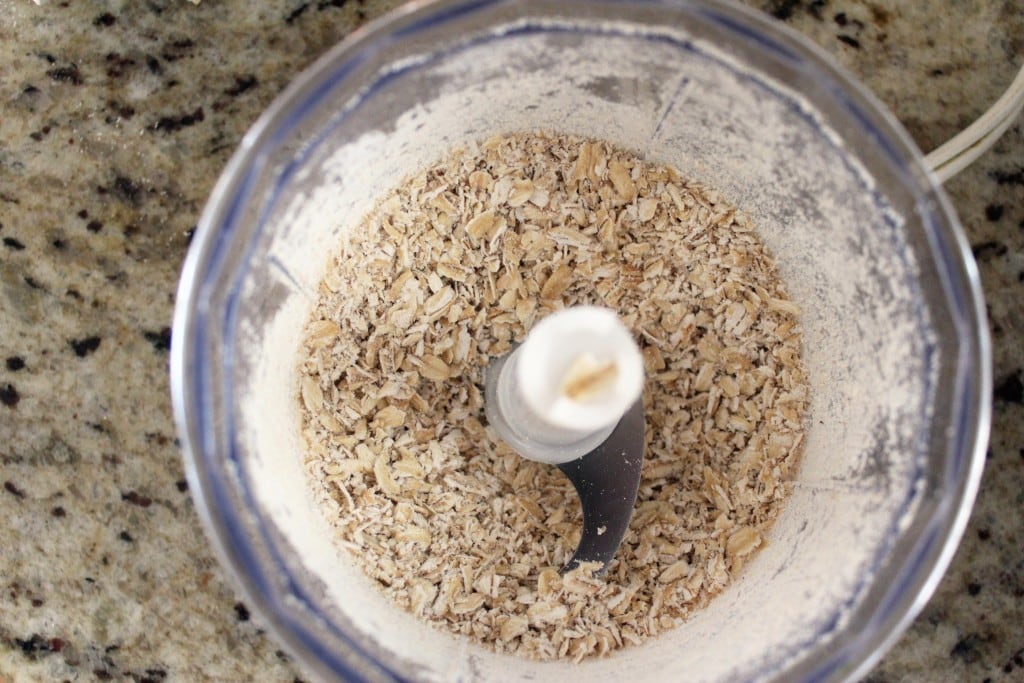 Add the oatmeal to the flour, cinnamon, salt, and baking soda.  Whisk that together and set it aside while you start to work the dry ingredients. 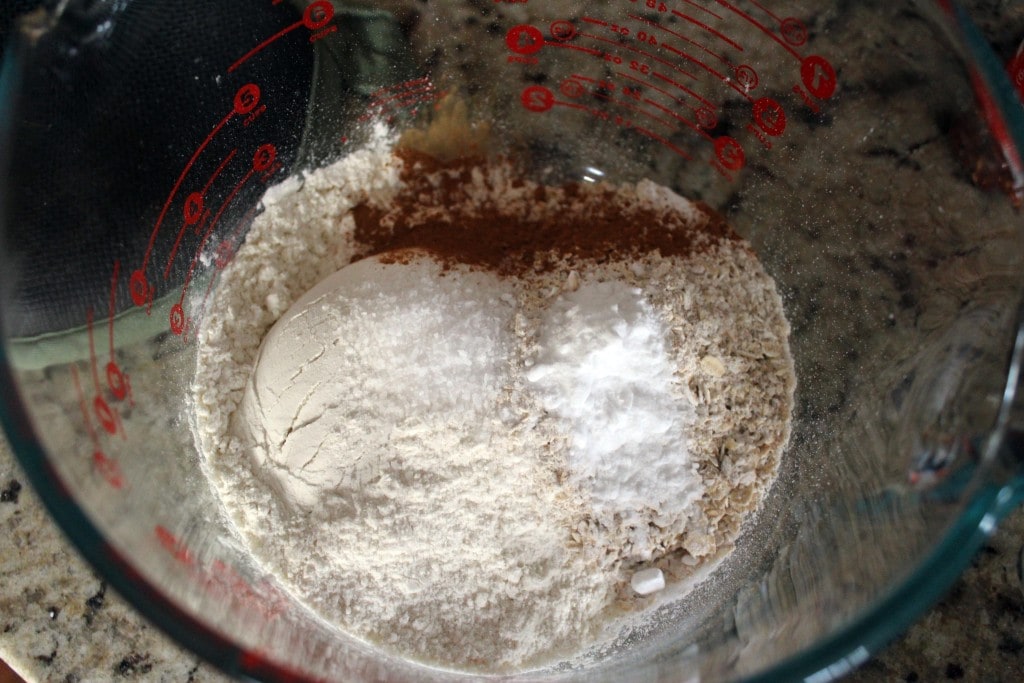 And, just like most cookie recipes, the steps are pretty simple.  We start with butter and sugar. 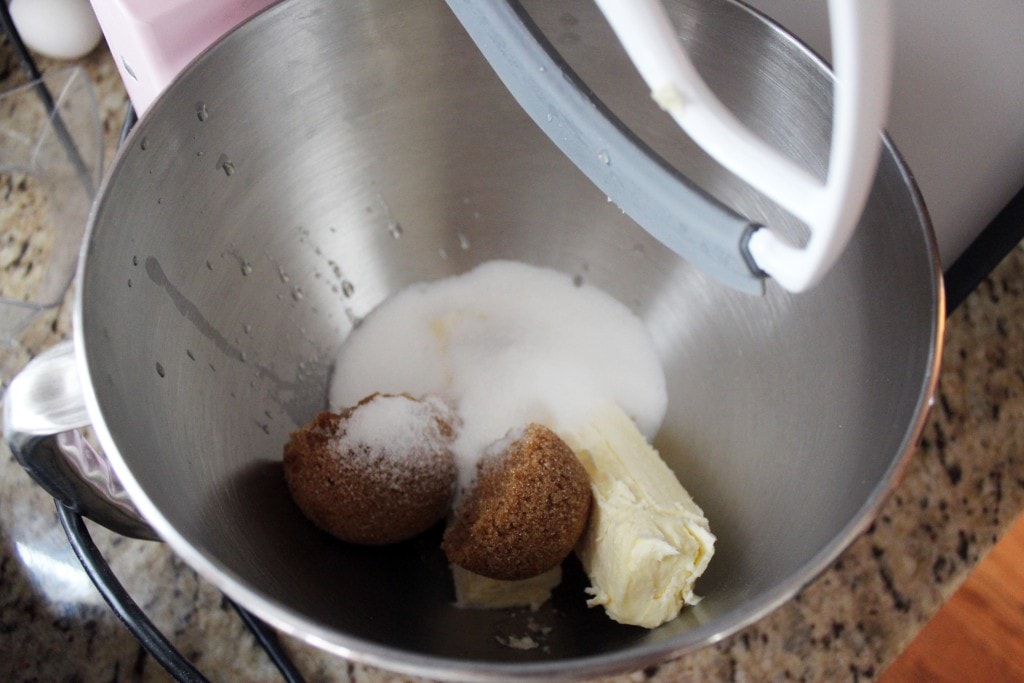 Then we cream them together. 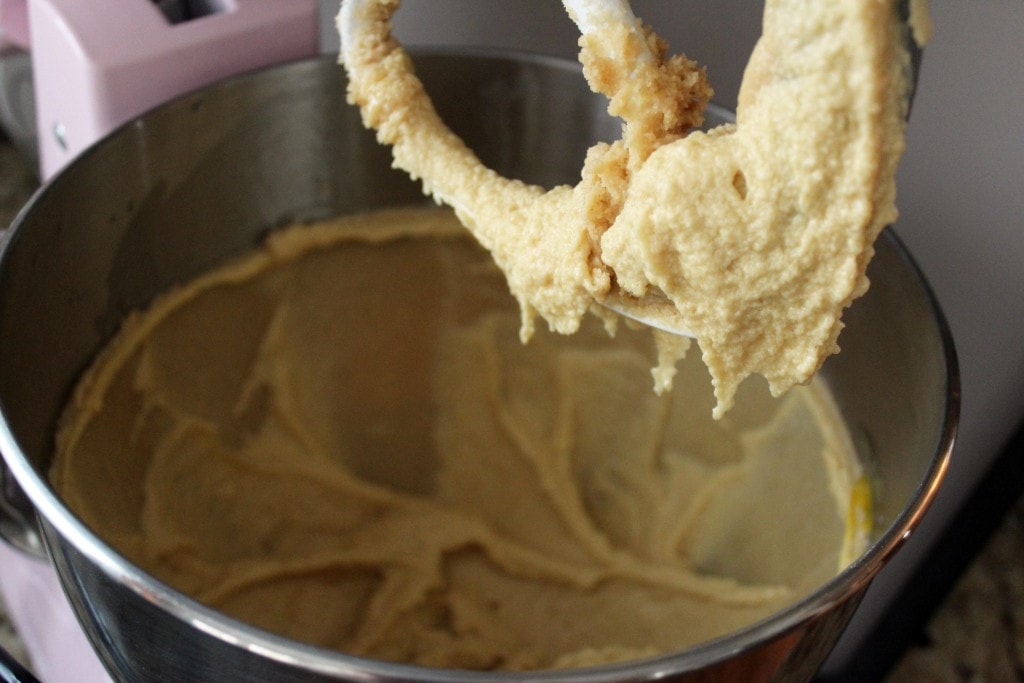 Add the eggs, vanilla, and lemon juice and keep creaming.  Try no to eat this mixture. 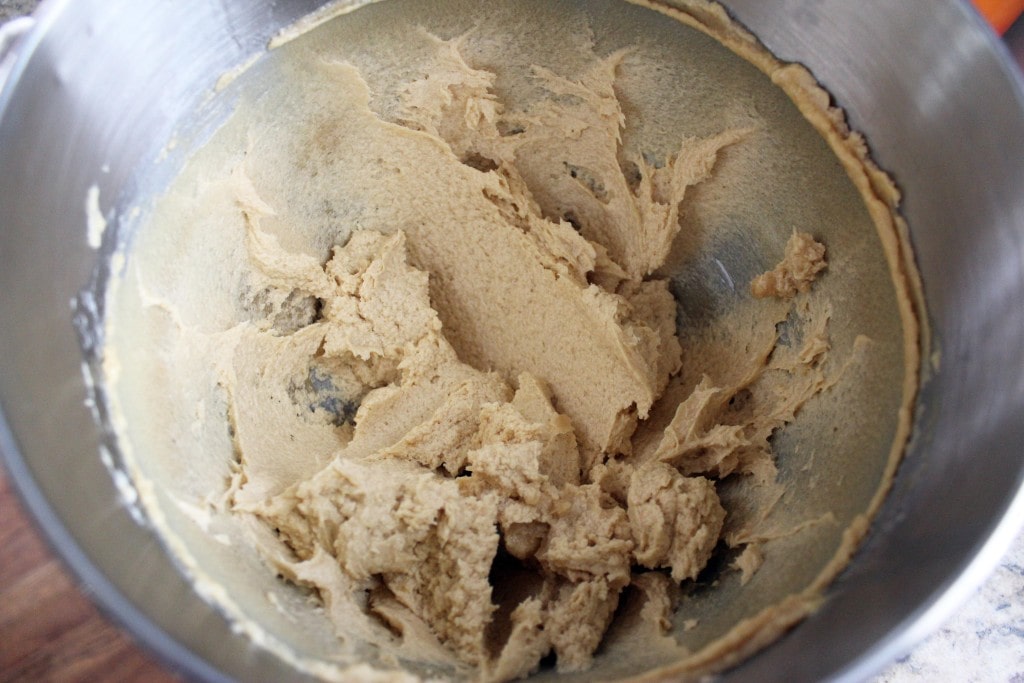 Now, we ditch the mixer!  Add in the dry ingredients. 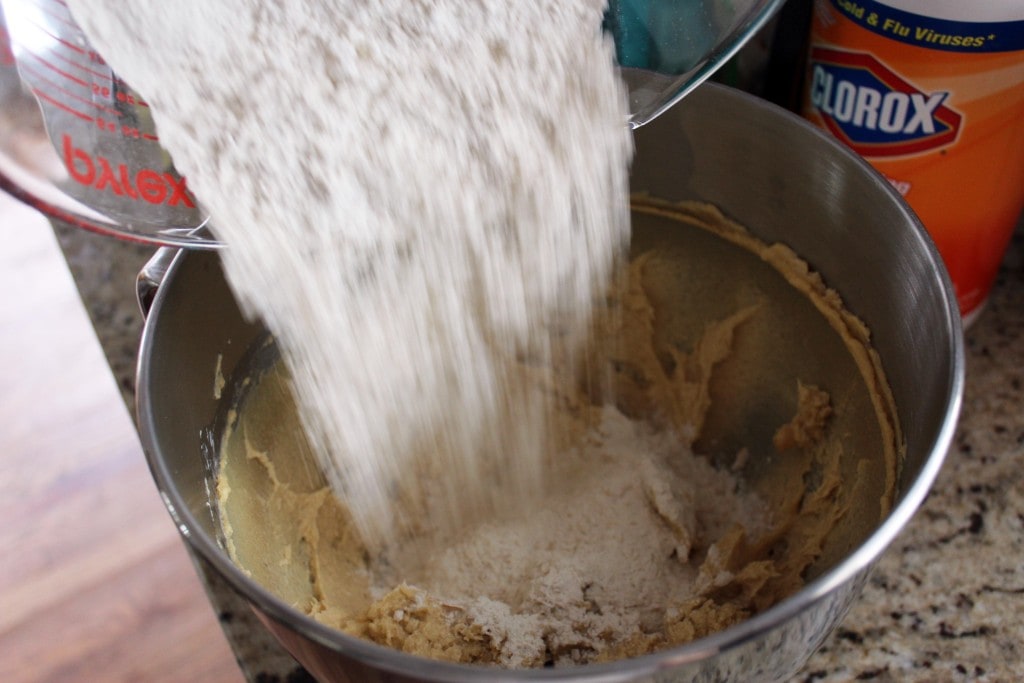 Stir really gently to mostly combine everything together. 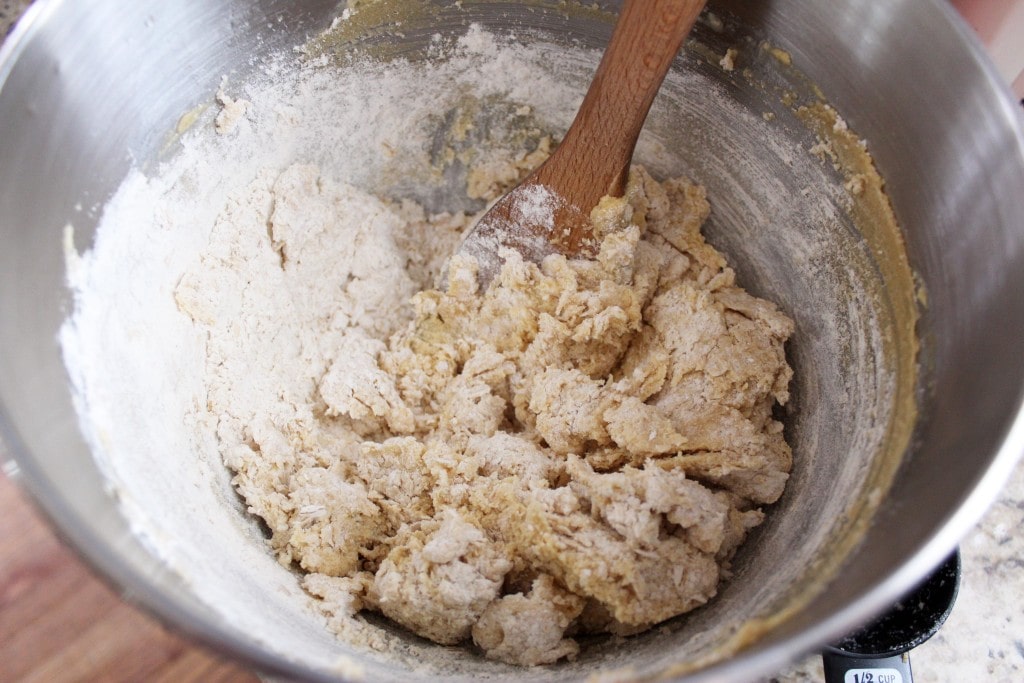 Then add the chocolate chips and walnuts and stir juuuuuust until the dough is evenly mixed.  Don't mix for too long!  I actually used two kinds of chocolate chips (you need about 1.5 bags), and really liked how that worked. 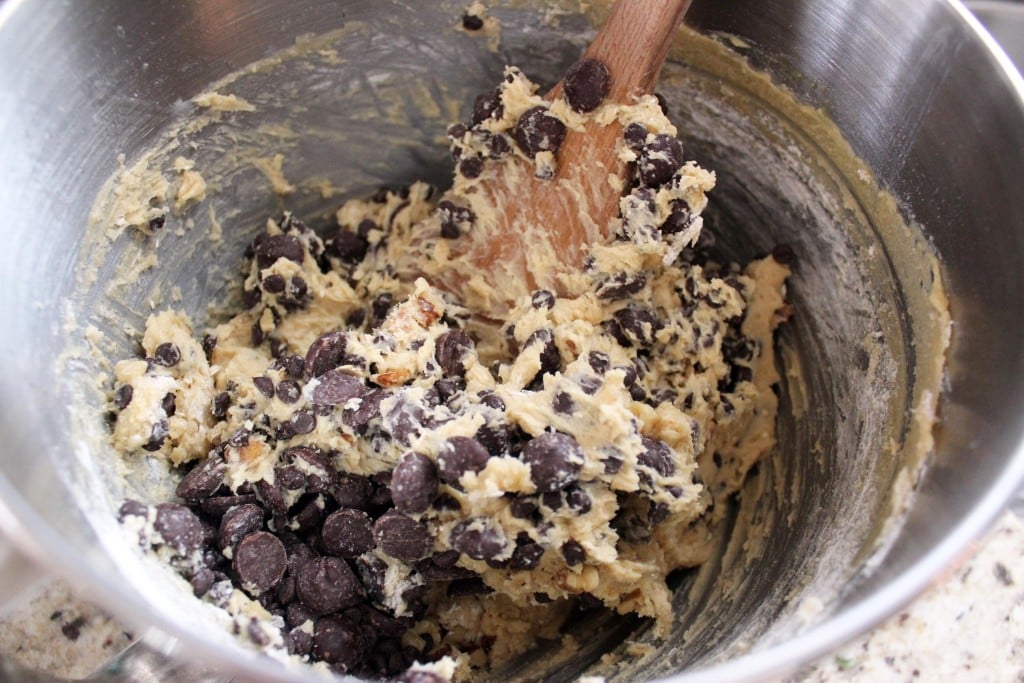 Now, the hard part of the recipe.  The dough needs to chill!  The original post says 2-4 hours, but I let the dough chill for 30 minutes and I think the cookies were great. 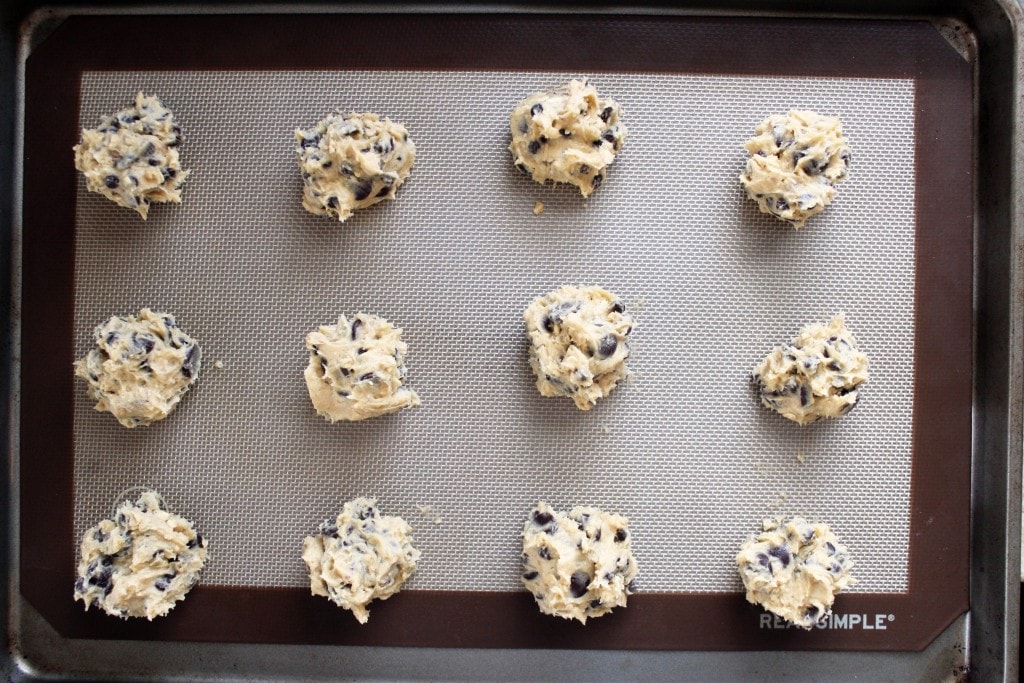 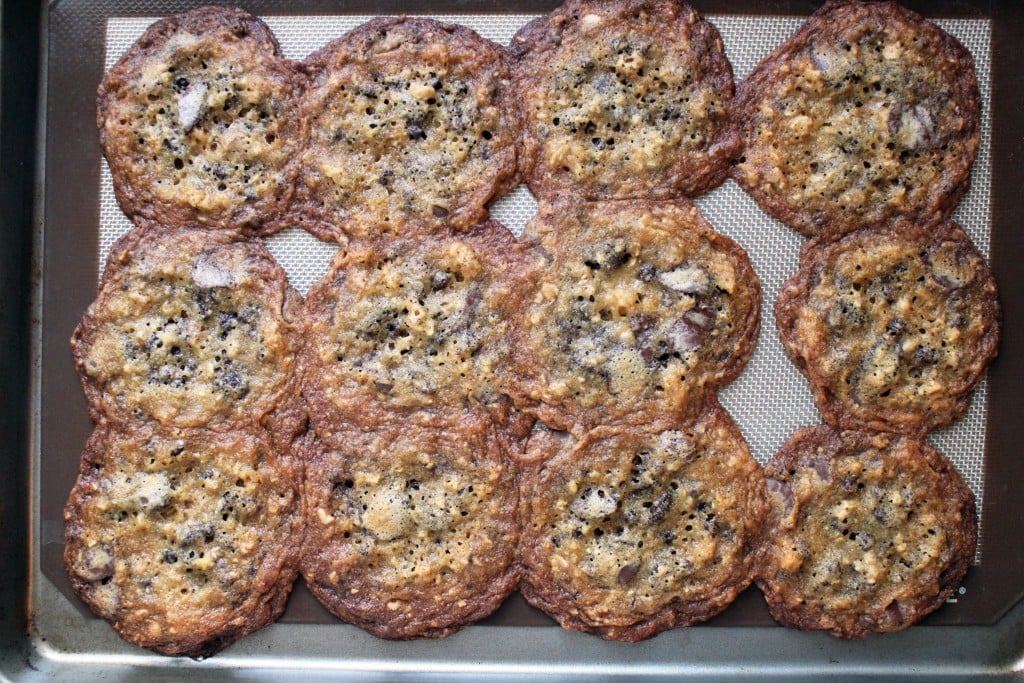 Awful.  This was batch one.  No joke.  I made cookie thins, and thought it was because I hadn't let the dough chill for long enough.  The catch?  They tasted great.  Then I went back and re-read the recipe and OH LOOK I used half the amount of flour it called for.  I mean really.  Effing amature hour.  So then we ate that entire batch, I made a proper batch, and ahhhhhh. 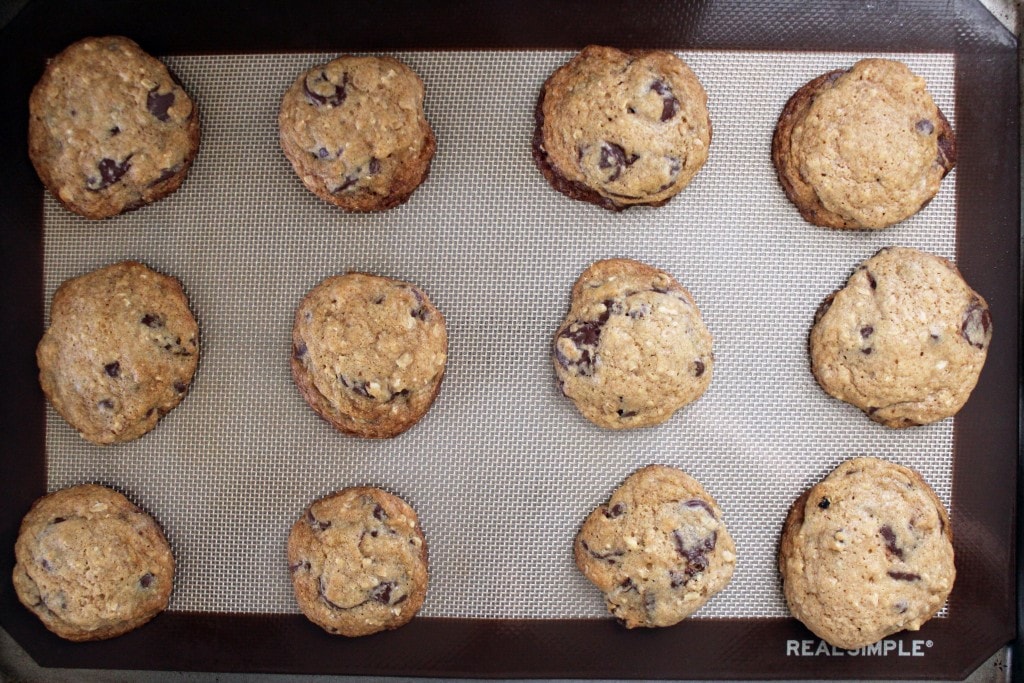 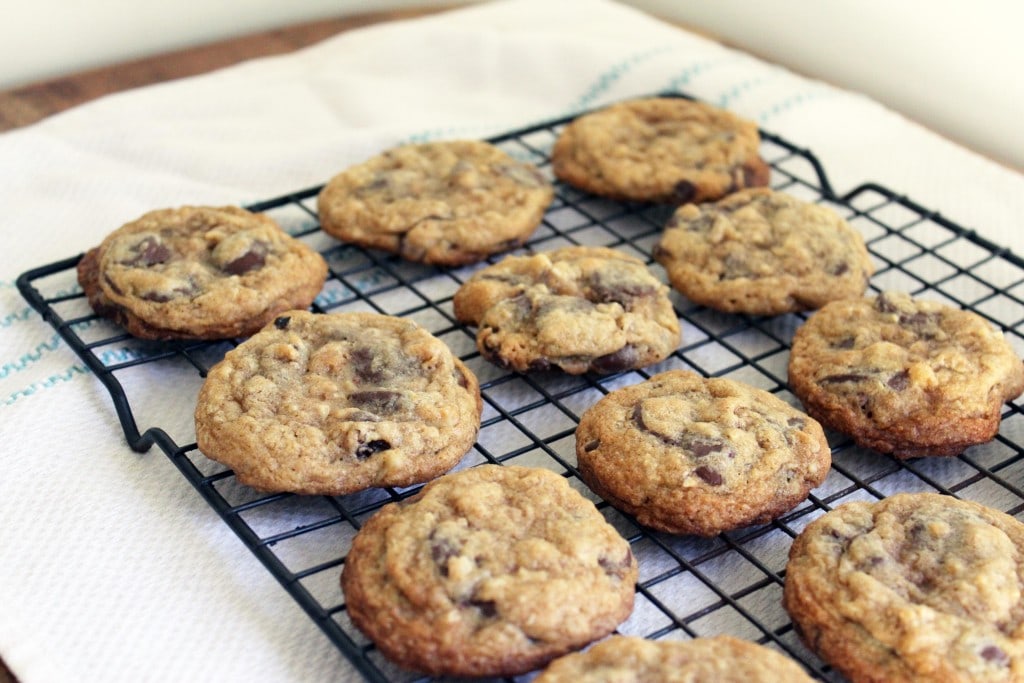 Try these!  Eat a million!  It's a pretty big batch, so I'd suggest having friends over for mimosas on Saturday so they can eat half the batch while you drink and enjoy the warmer weather.  Not that I did that last week AT ALL. 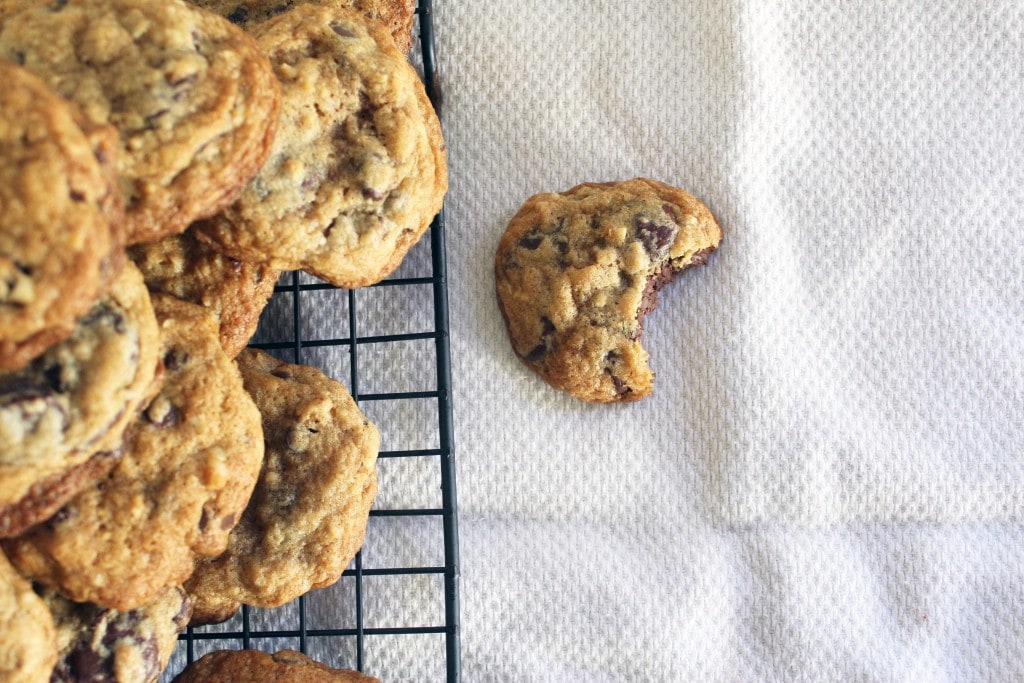 We definitely did that last week.  It made up for the January Doubletree malfunction times infinity.