So, I realized recently that we haven't done any new 1. desserts or 2. weird trials of foods that are annoyingly healthy and popular and trendy. 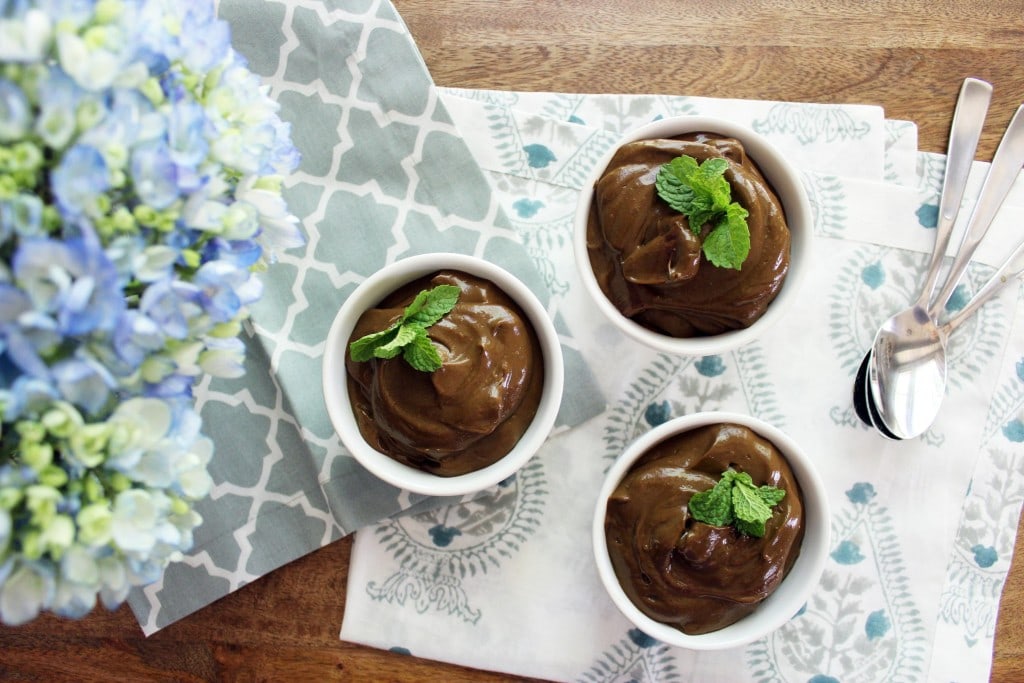 Weirdly, I am neither exceptionally healthy, popular, or trendy.  So, there's that.

So, I decided it was time!  I think that pudding is such a funny kid thing to eat, and I'll admit that every once in awhile I buy pudding cups - usually sugar free or the fancy grown up mousse stuff, but STILL.  Pudding cups.  Probably not necessary to be spending money on, OR good for the environment.  The use of avocado as a base for pudding has been around for years, and so I Googled and found a recipe from a blog I love, Two Peas and Their Pod.  Mainly I love the title?  Besides the pictures being way better than mine (sigh, I'm a work in progress), the recipe was easy and featured all ingredients that I had at home, which was good because I didn't feel like leaving the house. 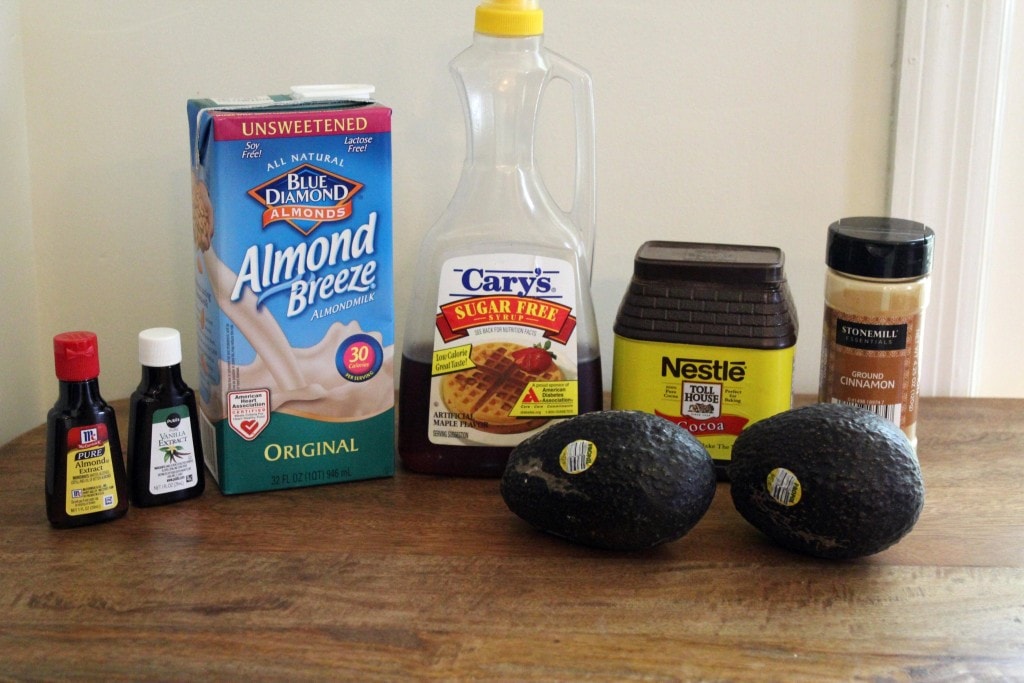 Start with the avocados.  You'll want to cut them open, and remove the pits.  Be careful! 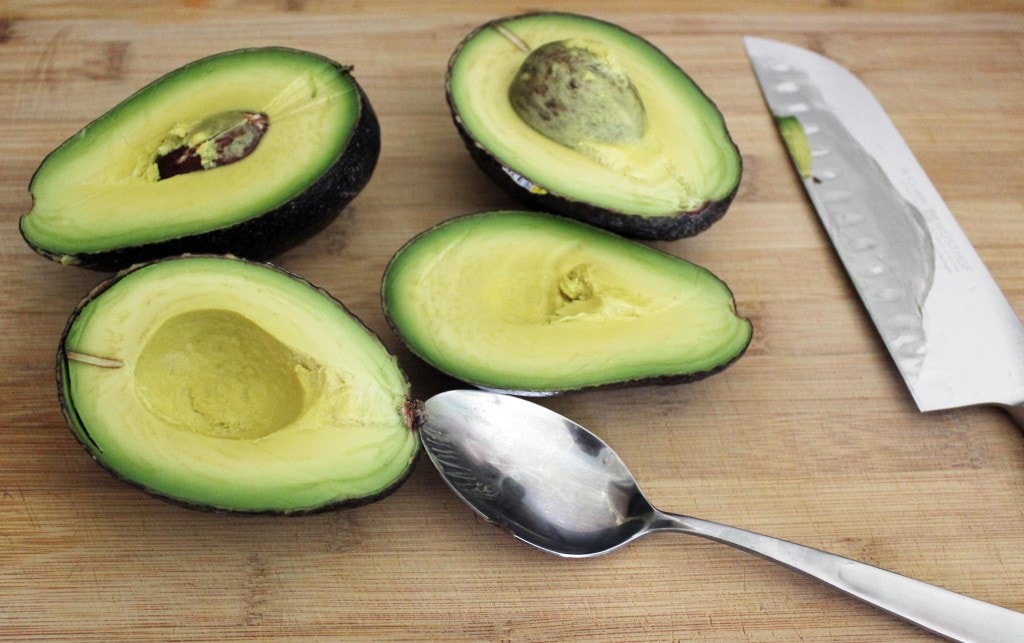 Then, scoop the avocado flesh into a food processor or blender.  This is a great use for avocados with some brown spots that are a bit over-ripe.  We're INTENTIONALLY making them brown! 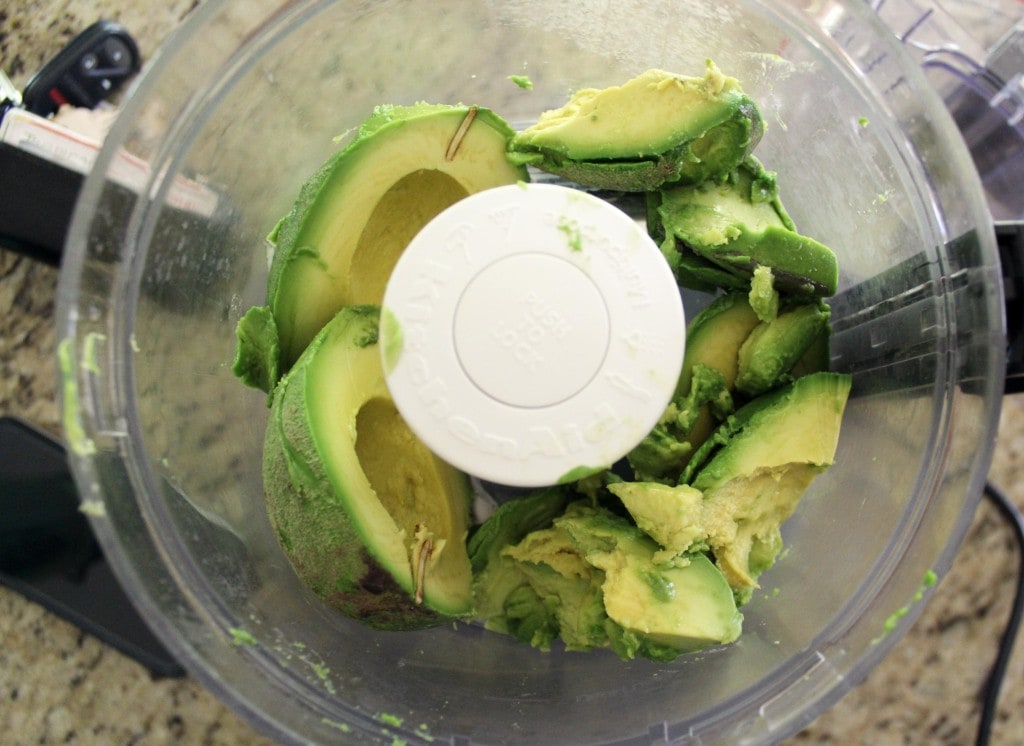 Then, pour in the milk. 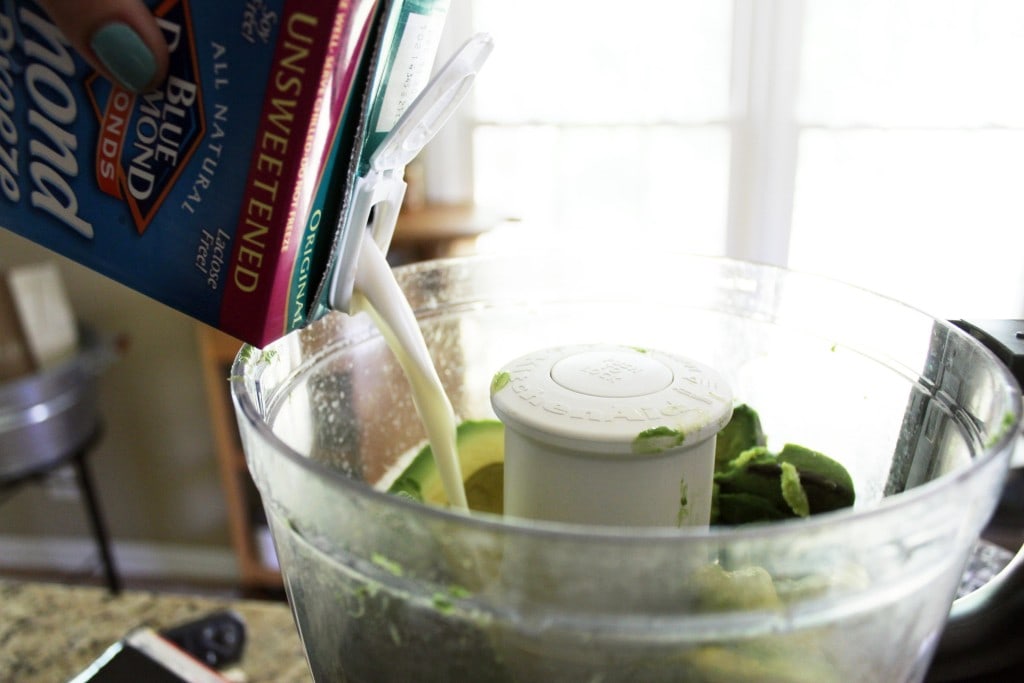 And add the rest of the ingredients to the food processor. 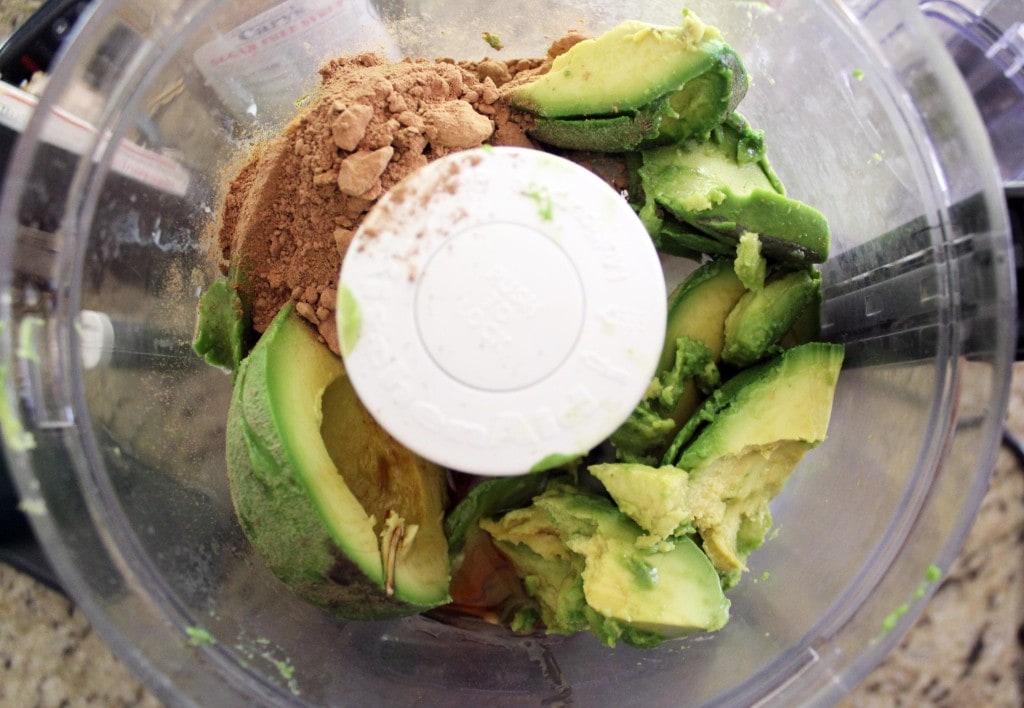 Now, we blend!  2 minutes or so until everything is really smooth.  Then, taste!  I used less milk than the recipe called for (indicated below), and added more cocoa and sweetener after the first round of blending.  Just taste it and see what it needs, and don't freak out if it isn't perfect after the first go in the blender.  Different avocados and ingredients will work differently together, so adjust as needed. 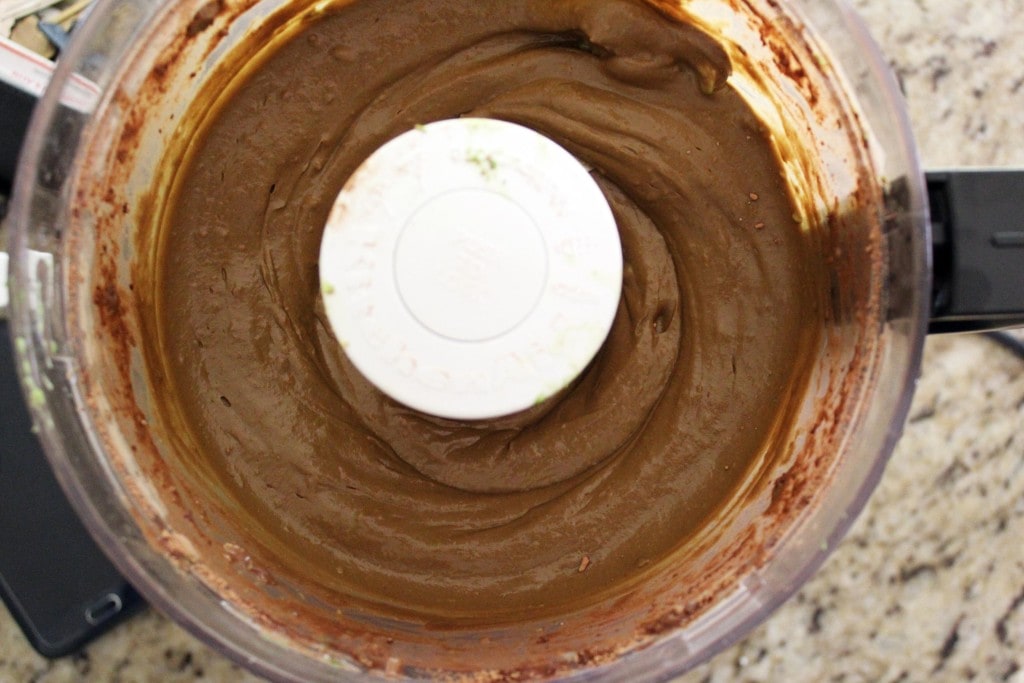 Now, spoon everything into ramekins.  And they need to chill.  Again, the original recipe says for 3 hours, but I did 30 minutes and the texture was great.  So, chill the pudding for a little while. 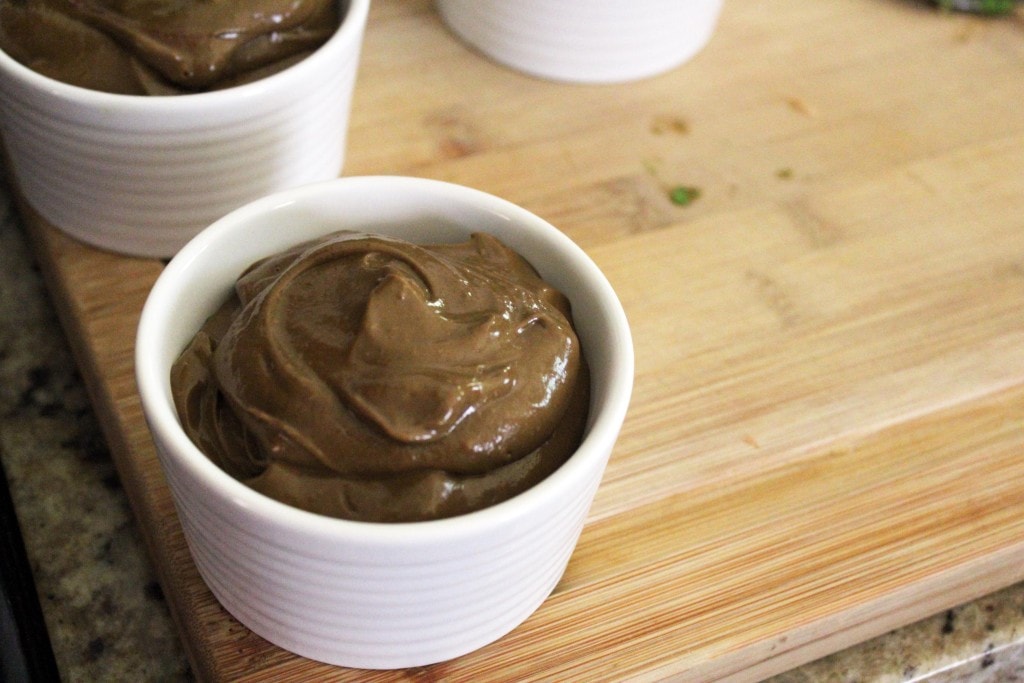 Then serve!  I used fresh mint as a garnish because my plant is back with a VENGEANCE, but you could use whipped cream, berries, or anything else you like!

This turned out great, and while it obviously isn't exactly like regular chocolate pudding, it's a really great substitute and one that we'll be making a lot this summer.  Maybe in other flavors. 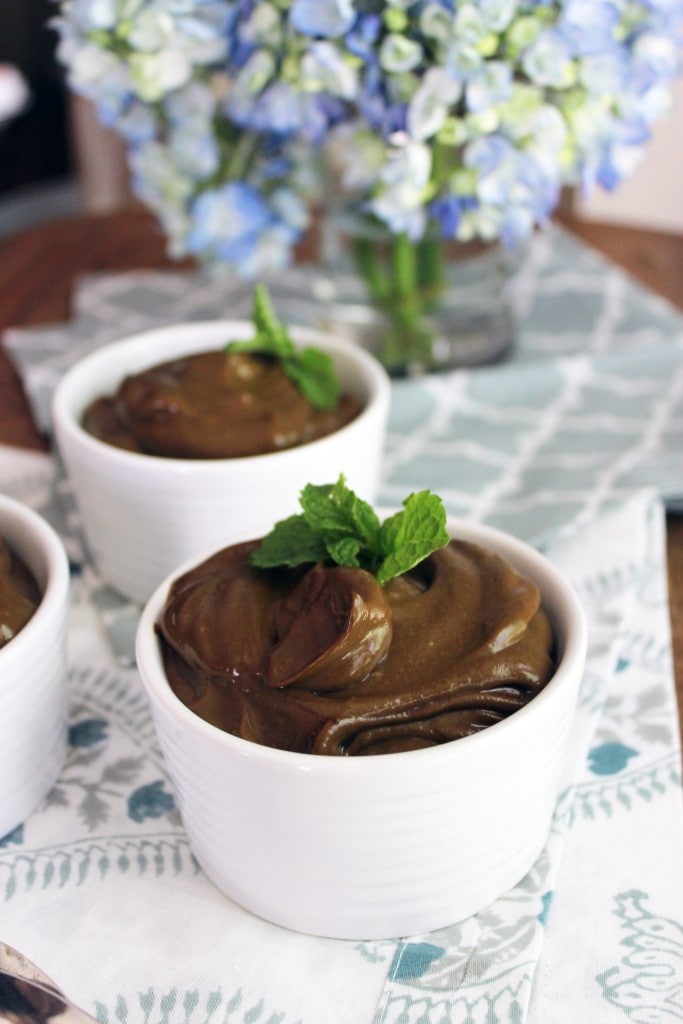 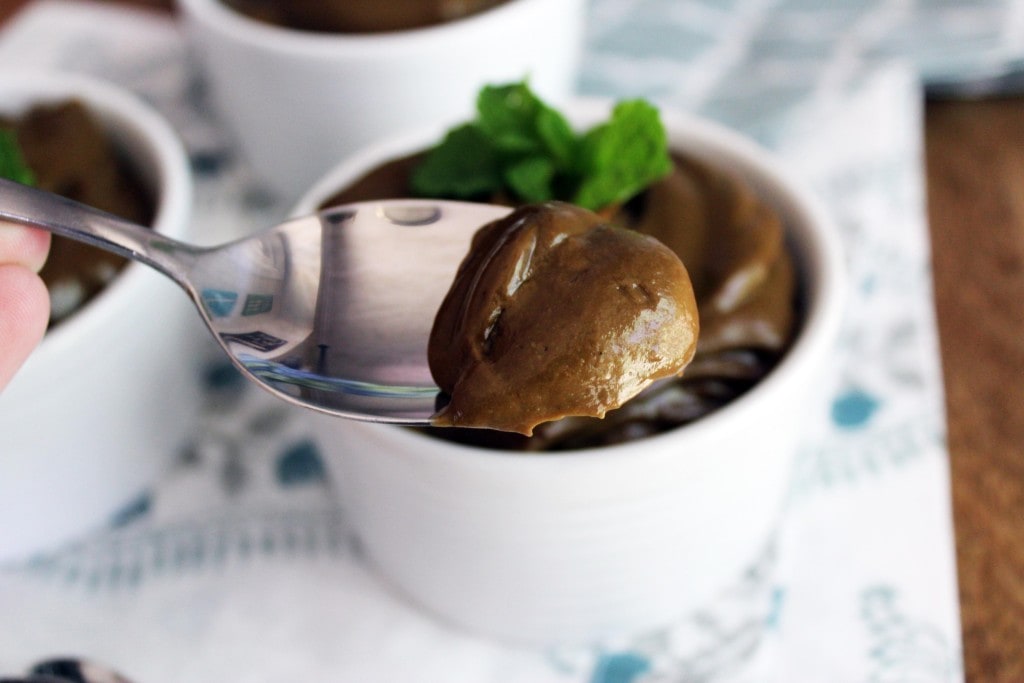