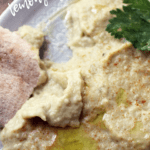 What was it about Wedding Crashers that made the writers think it'd be funny for Isla Fisher to shout BABAGNOUSH!!! all all singsongy and meaninglessly? 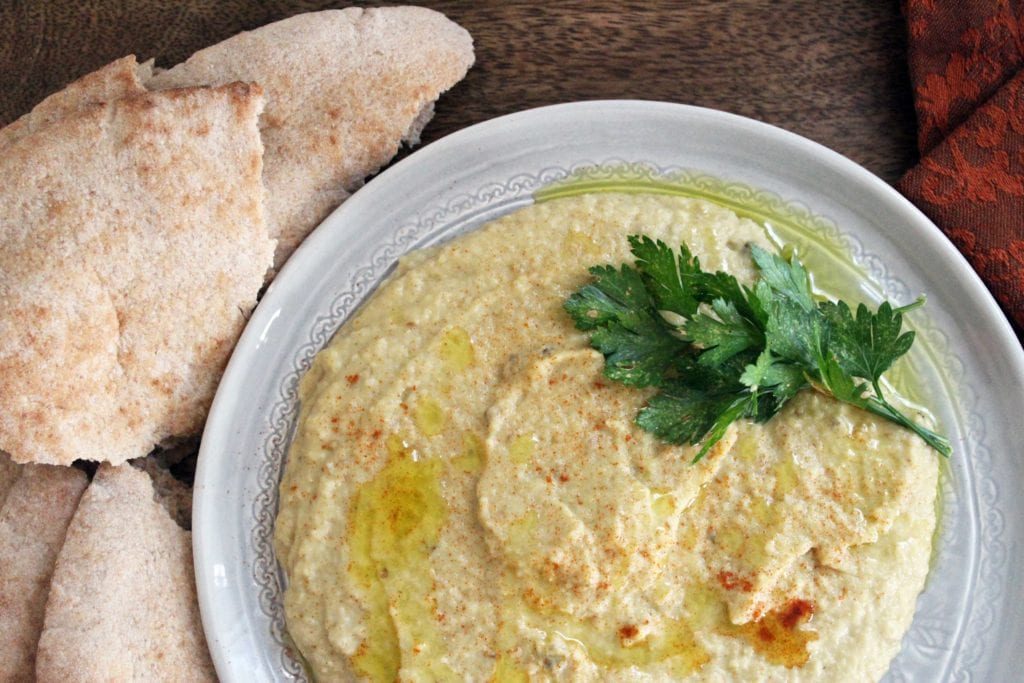 It's a delicious dip, people, move on.

In other news, we were this.close. to naming Beck Isla, even the day after she was born.  The day after!  We didn't, and now Jay's sister is about to name HER baby girl Isla, so we're psyched to basically have picked her name.  And Beck is such a Beck, there was no way that would have ever worked.

But this dip.  One of our fav places in Greenville for takeout is Pita House, a Middle Eastern restaurant + grocery that is just all that and a bag of pita chips.  The food is delicious, they have tons of grody-but-delicious olives in vats that people probably spit into but I don't care, and one of my favorite things they make is babaganoush, basically eggplant hummus.  No beans, but similar other ingredients.  Traditional recipes call for grilling or charring the eggplant on an open flame, but we have an electric stove and the grill is broken, so these suckers got roasted, peeled, flavored, and mashed.

The end result is delicious, and this feels healthier than hummus, lighter for summer, and a vegetable!  Plus lemon and garlic allegedly detox the body (so does, um, the liver), so you can chalk that up as an added benefit if it matters to you.

You need some eggplant!  Two or three, nice and heavy and firm.  ALTHOUGH.  If you have some sad wilty eggplant that have been languishing in the fridge this is 100% the place to use them.  You'll never know!  Then you need tahini, olive oil, a lemon, garlic, and smoked paprika. Probably some salt, too. 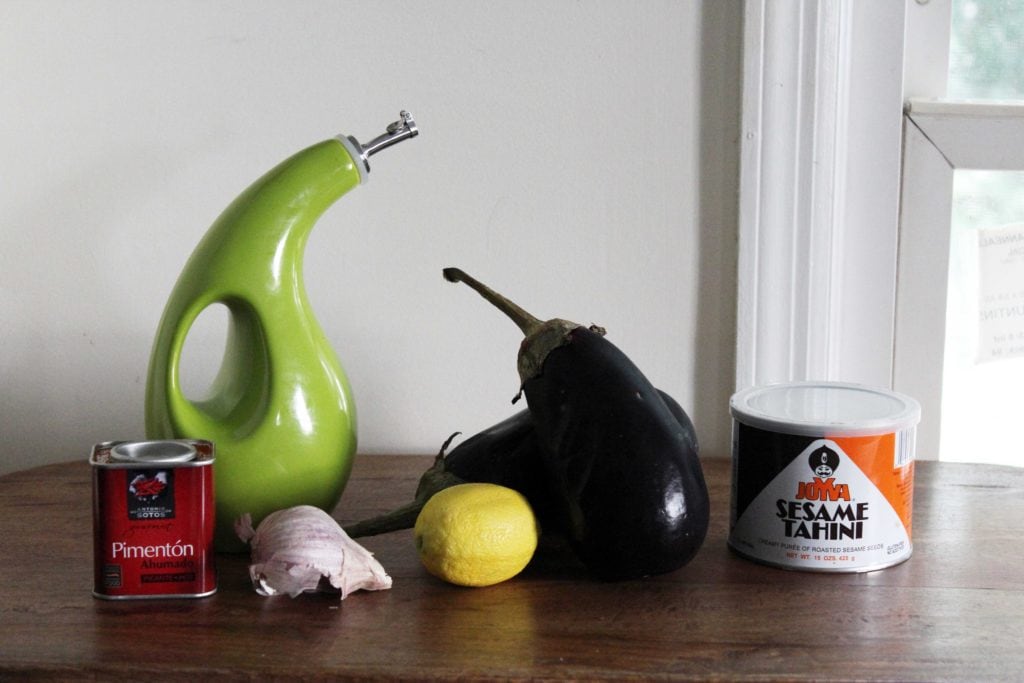 The most time consuming part of this is roasting the eggplant, and that's passive work.  Set the eggplant on a baking sheet, stick them in at 425F, roast!  For 30-40 minutes. 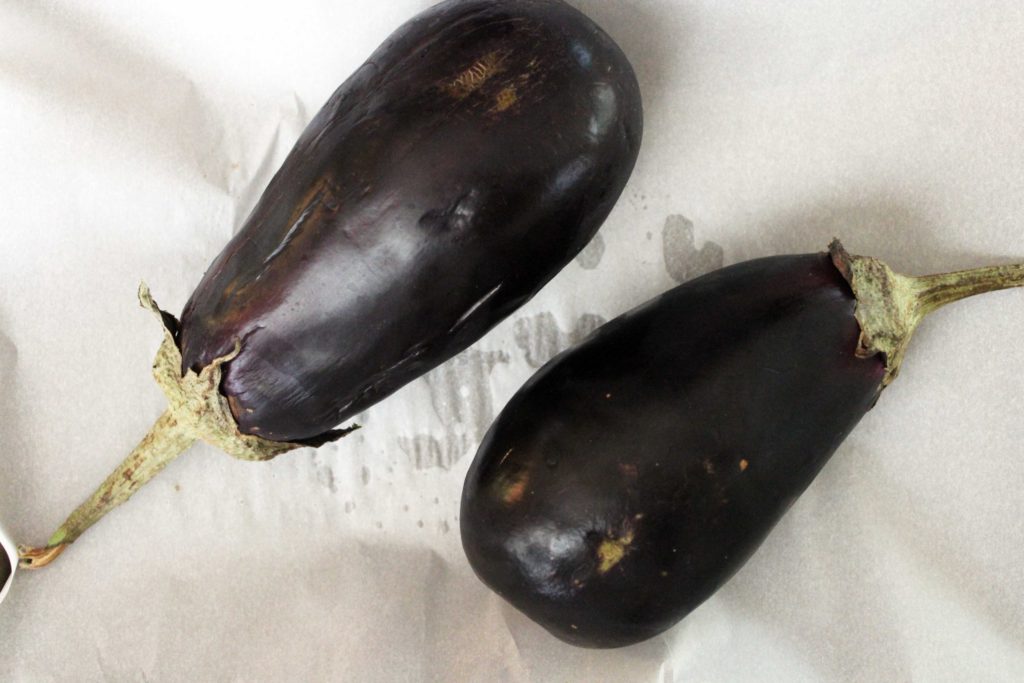 Until this:  sad deflated tire eggplant that is ready for dip destiny. 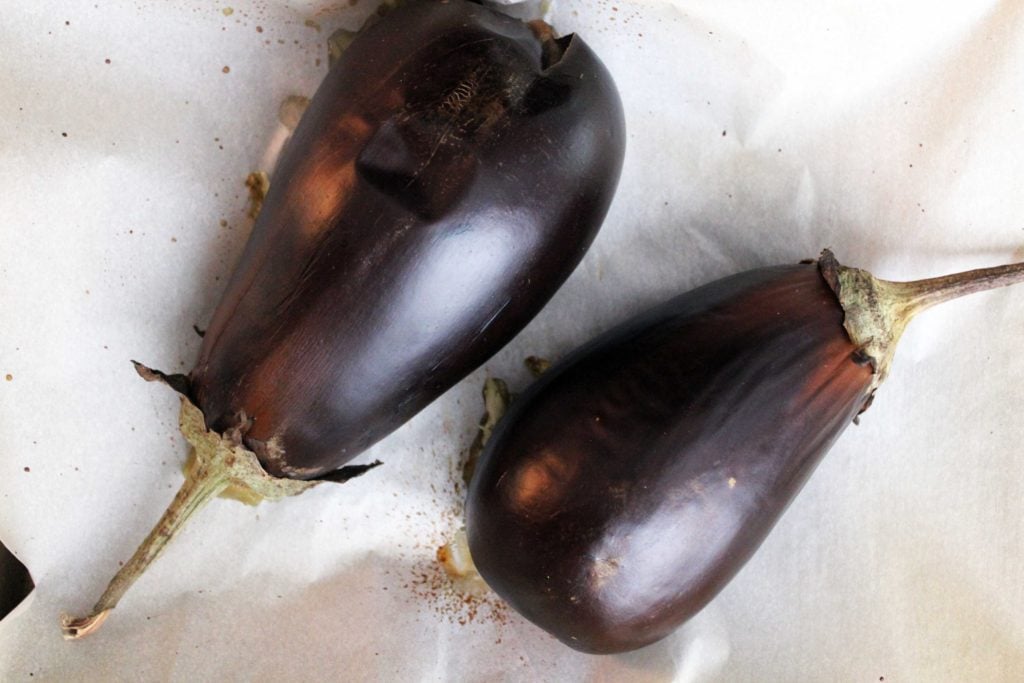 Peel the skin away and toss it with the stem. 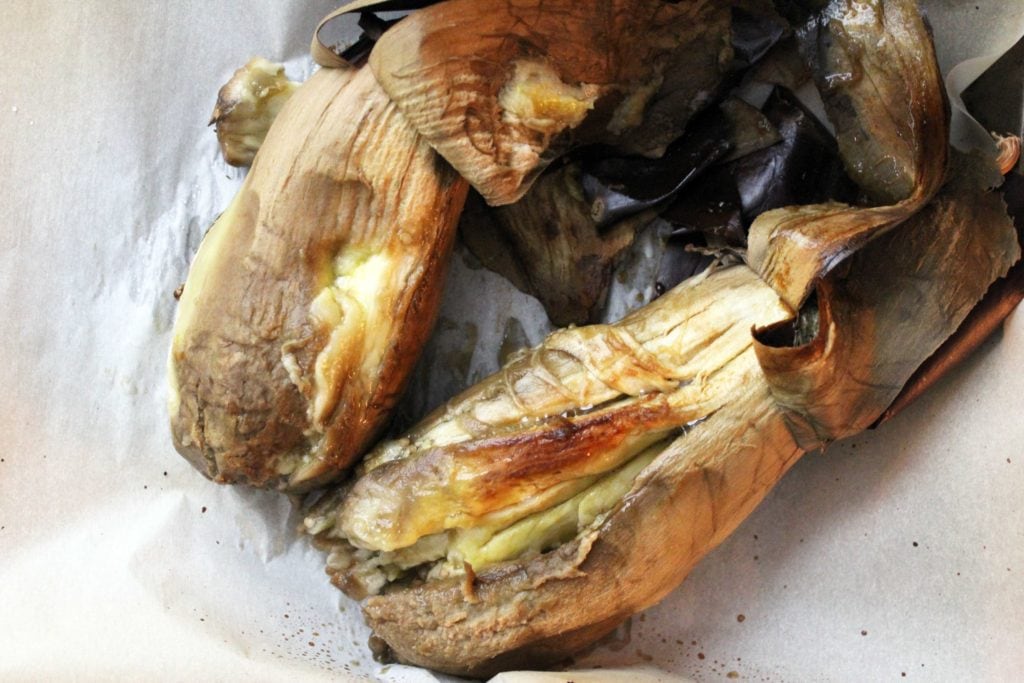 Then, add all the ingredients to the food processor - start with juice of half the lemon and work your way up! 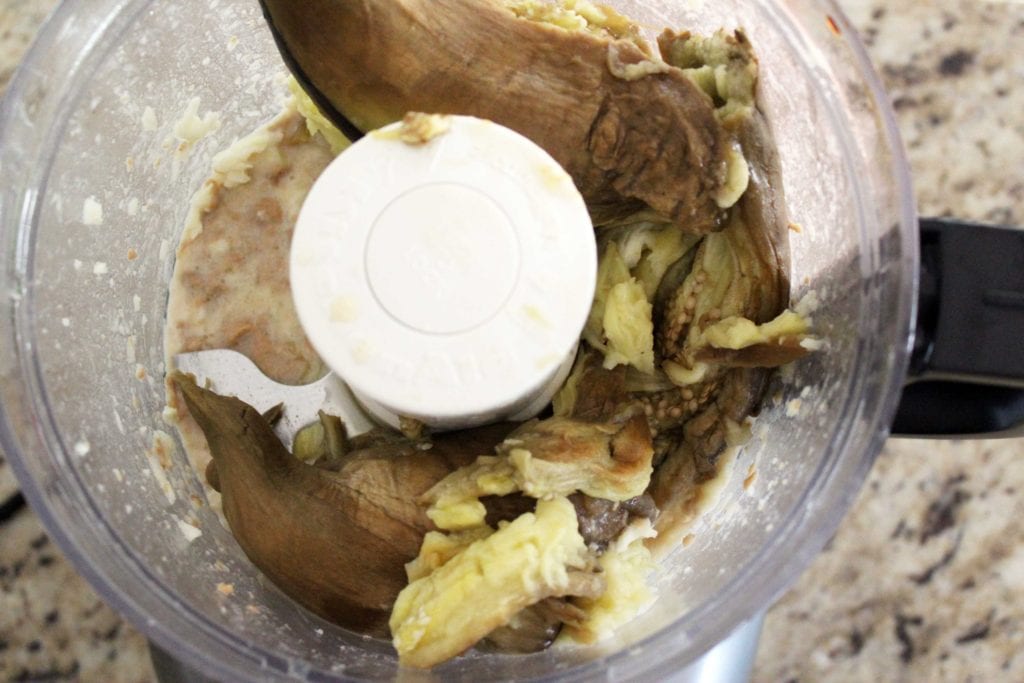 Pulse the dip together, just a little bit at first (since you'll season and re-pulse) to keep some chunks of eggplant, then taste, add more of whatever, and keep mixing!  I find that I really like using the whole lemon, but that might be too much for some people.  I also find that eggplant usually needs more salt than you think; a teaspoon or more per batch.  We've had this with all kinds of eggplant (big/small, local/not, organic/chemically), and sometimes eggplant can be a tiny bit bitter.  When that happens I usually increase the salt even more and sometimes add a little bit of sugar. 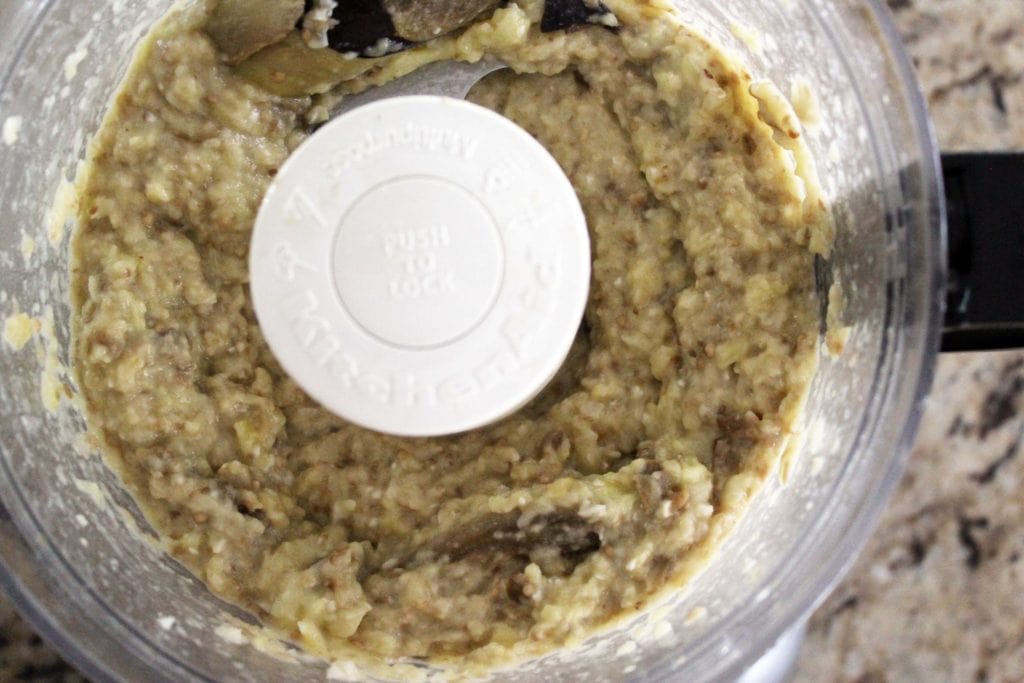 When the babaganoush tastes great to you, it's done! 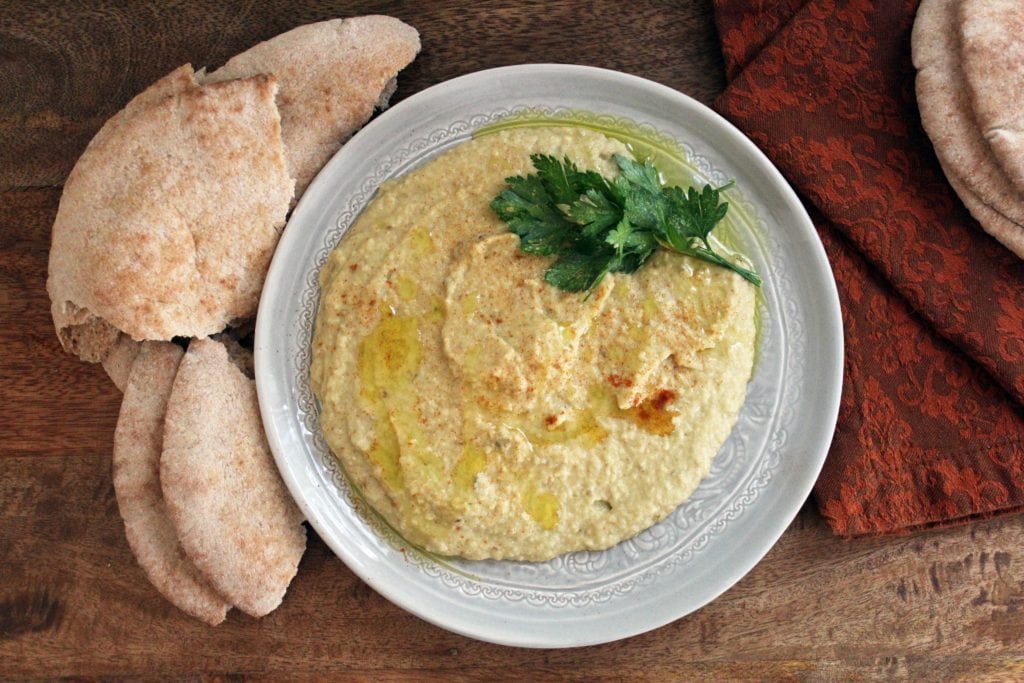 You can serve this warm, chill it for a few days, however you like.  I like to drizzle it with oil and sprinkle on a little bit extra paprika or even flaky salt, but garnish however you like and dive in! 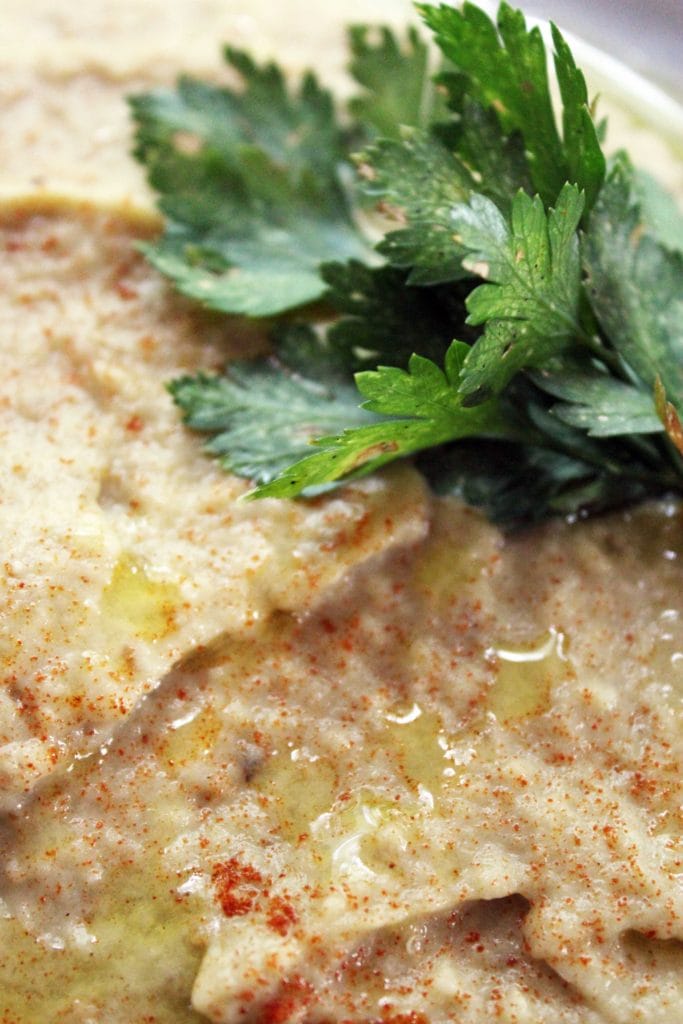 That Isla Fisher sure is cute, though. 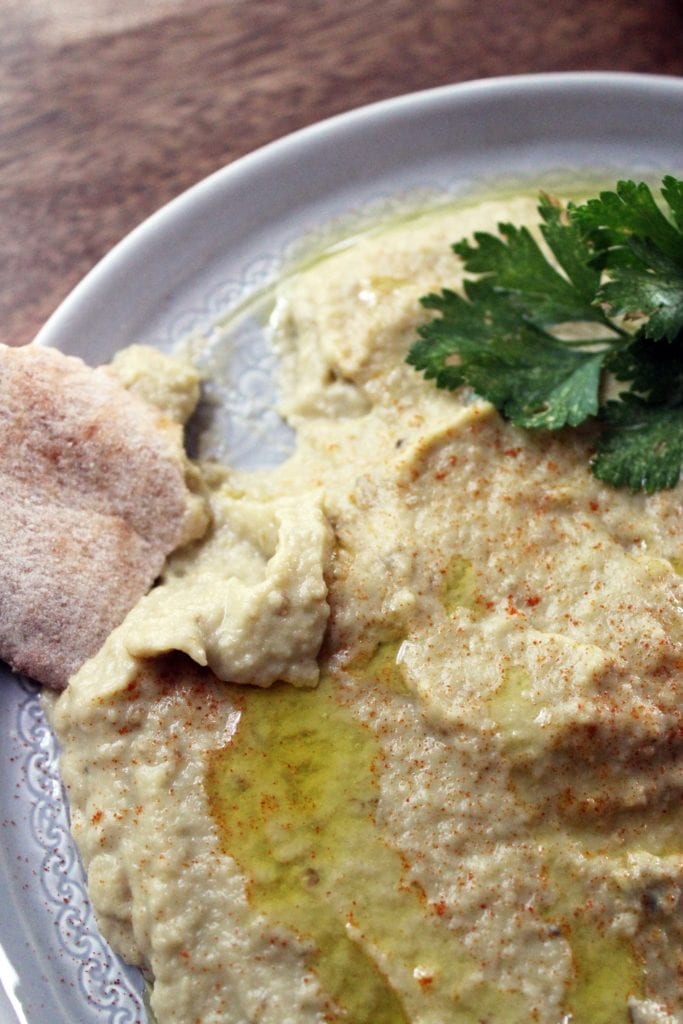 Garlicky, lemony, creamy eggplant dip is vegan and so simple to make. Pair with fluffy pita and get to dipping!