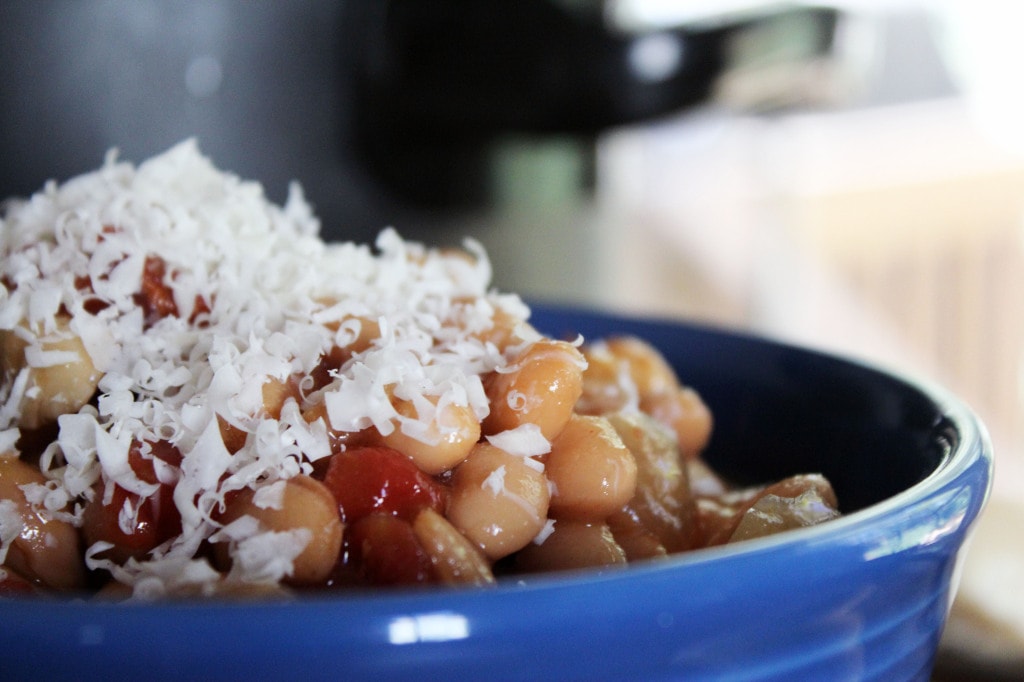 We're getting kind of creative with our meat-free meals over here as we move through the months of my husband being a vegetarian.  And by vegetarian I mean that he definitely made pasta last night with what he thought was Soyrizo but really pork chorizo and ate it anyways.

Small details, though, he'll have me tell you.

But these beans.  Beans that are in fact a legume, not a fruit, as the dumbass song suggests.  And I get that legume doesn't rhyme with poot or fart or gas or flatulence BUT MAYBE THAT'S THE POINT that if you called things what they really were then the world would be a little bit better off due to not having silly songs about fiber?

Anyway.  These are easy.  My friend Deb who cooks in our yoga studio makes something similar, and the rosemary with the tomatoes are just SEXY.  These are long-time cookers due to the fact that we use dried beans, but you could totes use canned beans and cook these for 2 hours instead of ... a million ... and call it a day.  Also: to soak or not soak the beans?  It's my understanding that all that does is help decrease the cooking time of the beans, so if you forget to soak your beans they'll just take a little bit longer.  I managed to soak my beans overnight.  So the cooking time for the recipe below is based on that. 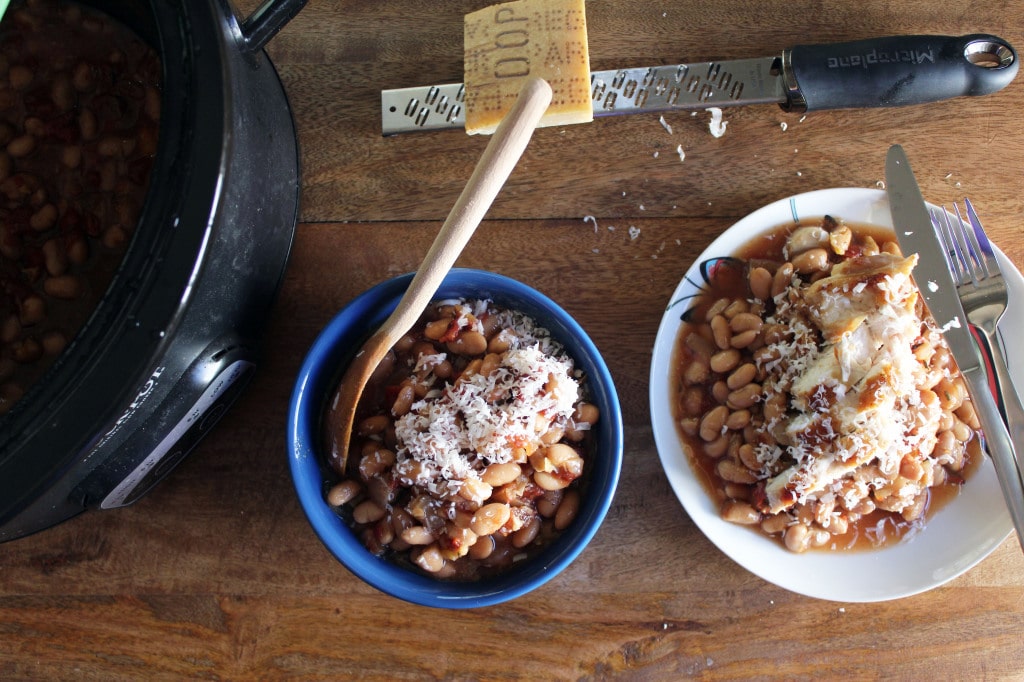 In addition to the beans, you'll need onion, garlic, fresh or dried rosemary, stock of some sort (really, any flavor you like.  maybe not fish.) canned tomatoes, and butter.  And all the salt in the world, because beans are kind of sad without enough salt. 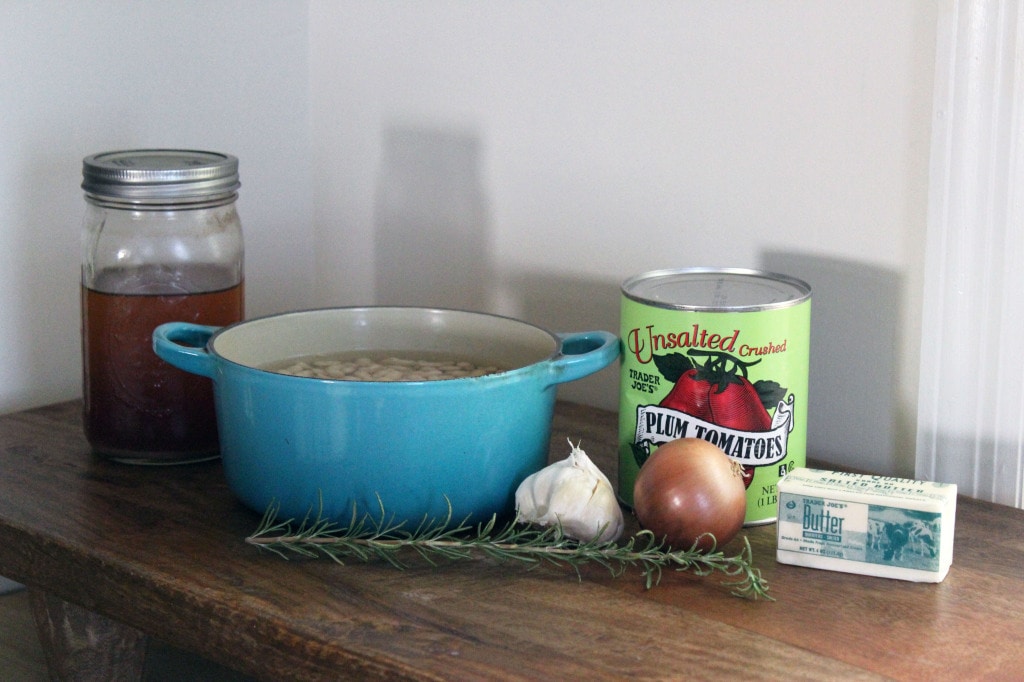 In the loosest sense of the word, prep the veggies first.  If you're using fresh rosemary, chop it up. 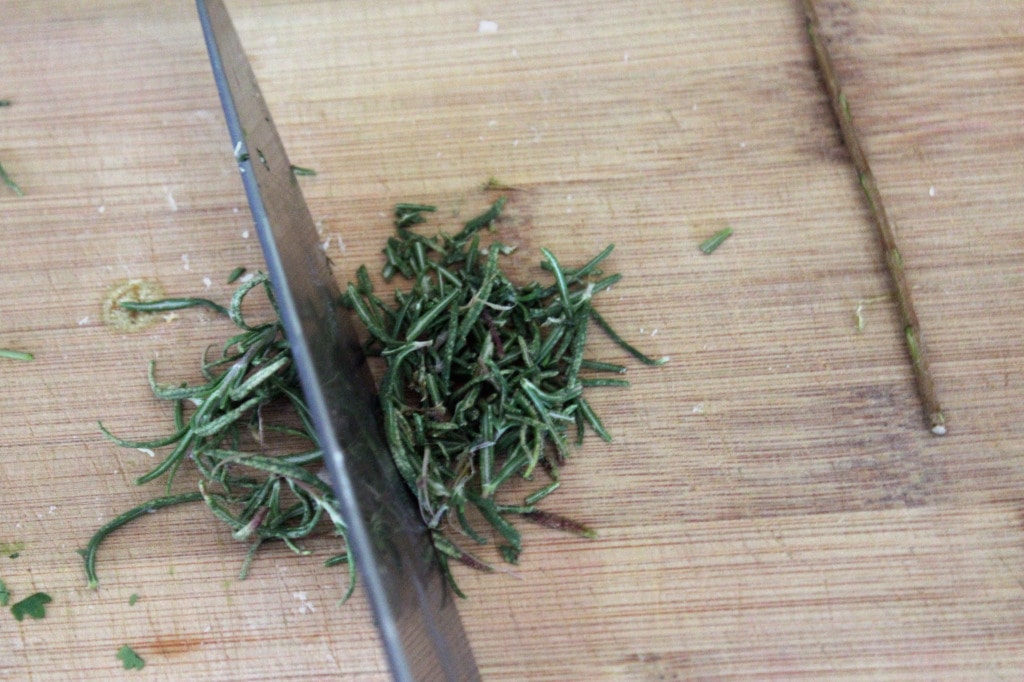 And crush and peel the garlic.  I use the cloves whole because after slow cooking for a whole day they're just SEXY, but that's up to you.  You can mince the garlic if you'd prefer! 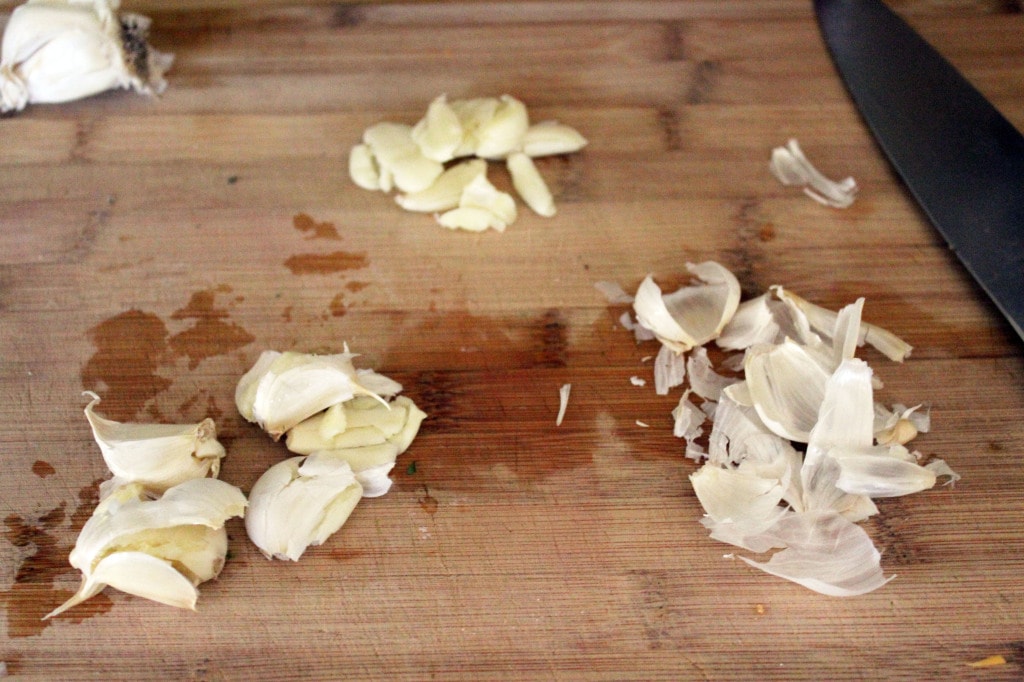 Peel and dice the onion, too. 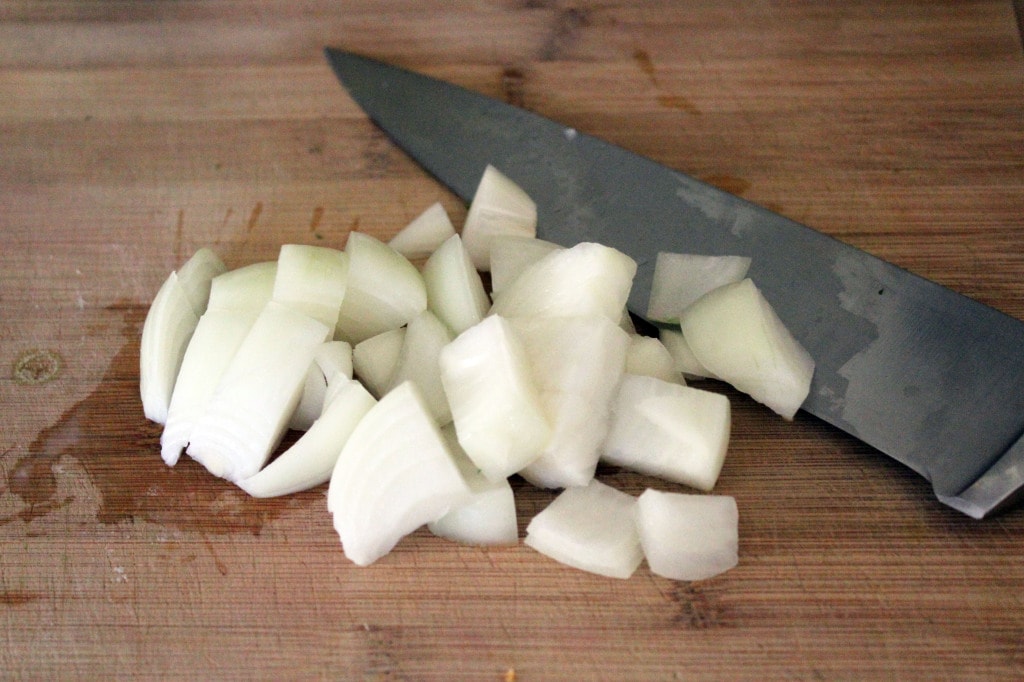 Now, add the beans, garlic, onion, and rosemary to the bowl of your slow cooker, and dump on the tomatoes!  After I took the first picture I realized that the big can of tomatoes I had planned to use was 1. too big and 2. crushed, and I really wanted PIECES of tomatoes in this recipe, so I went with a small can of diced tomatoes.  Fire roasted or not is your choice! 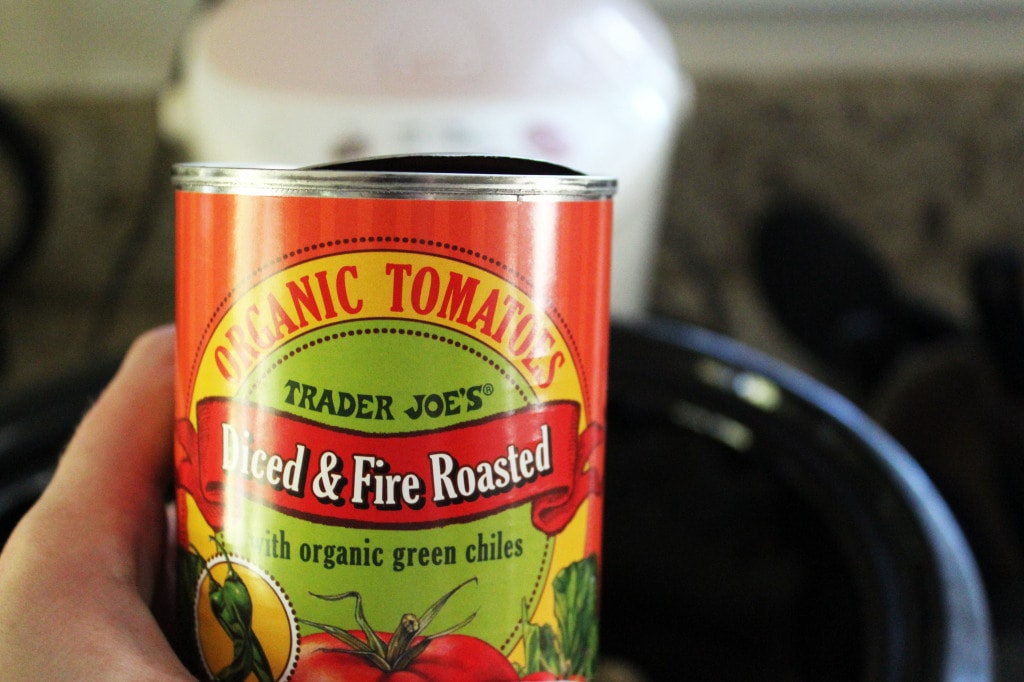 Then, pour enough stock over the beans to just cover them. 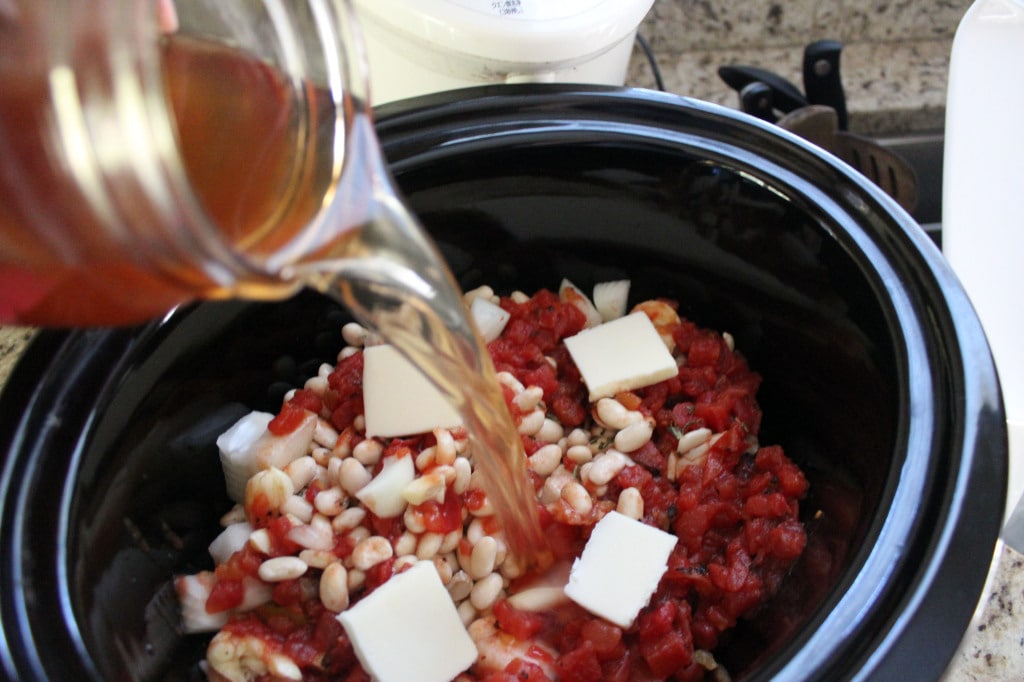 Sprinkle over some salt and add the butter in little pats, and we're ready to cook!  10 hours, maybe more, on low, or 4-6 hours on high.  The beans are done when they're done - you'll know if they're not, and how long they'll take to cook depends a lot on whether or not you soaked them. 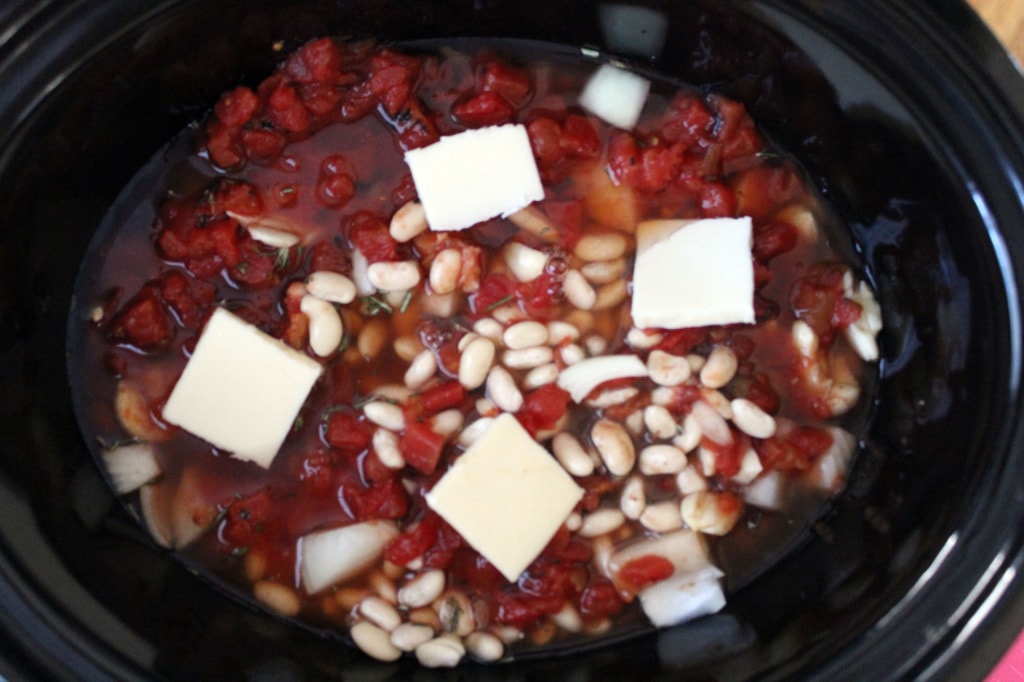 Done!  LOOK how rich and lovely!  The tomatoes soften a ton and the garlic gets super sweet and the starch from the beans combines with the stock and it just really works well.  When the beans are cooked through, taste them and add half a gallon of salt or so.  Give or take.

Now, if you're obsessed with eating meat more than you ever were in your life now that your spouse is a vegetarian, you can totally grill some chicken to go on top of this.  Butter, salt, pepper, done. 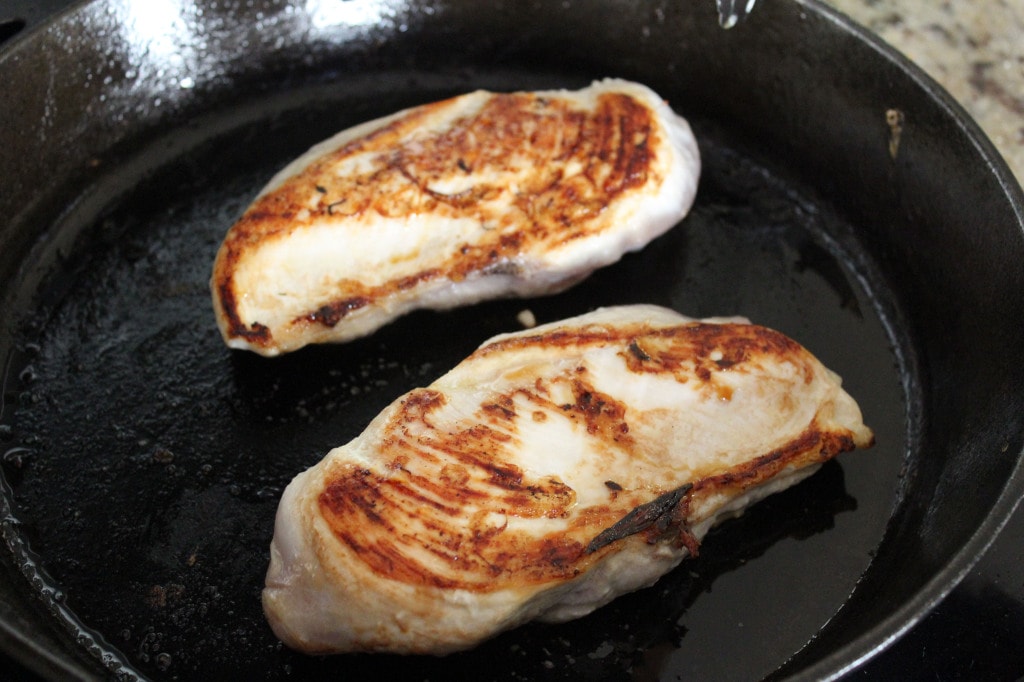 So this is my version:  beans, chicken, parm.  PLEASE USE PARM on top of these. 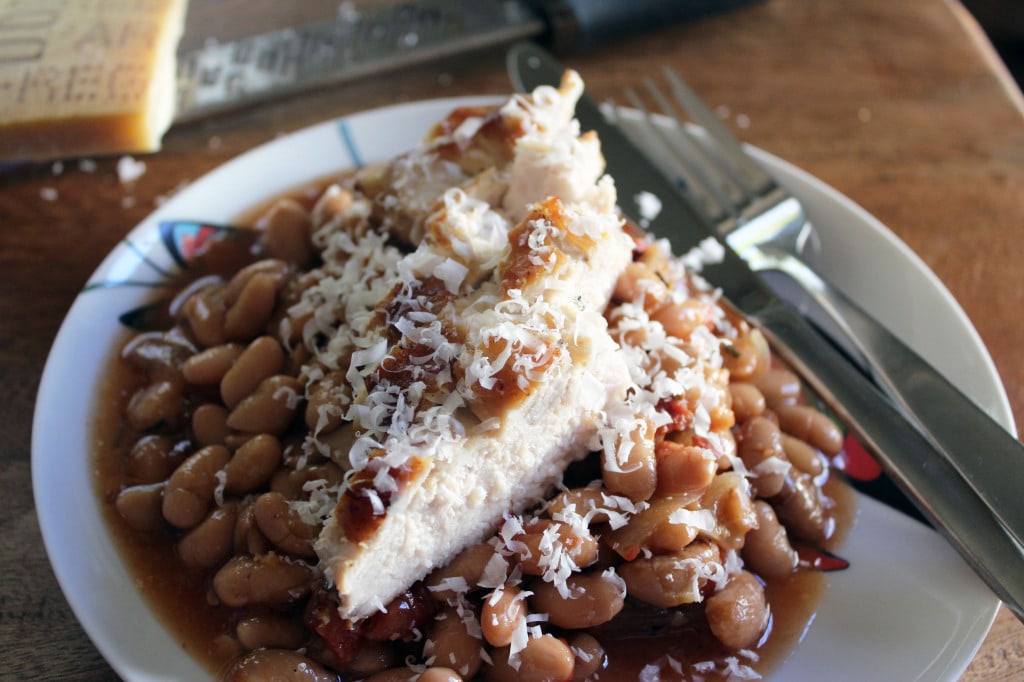 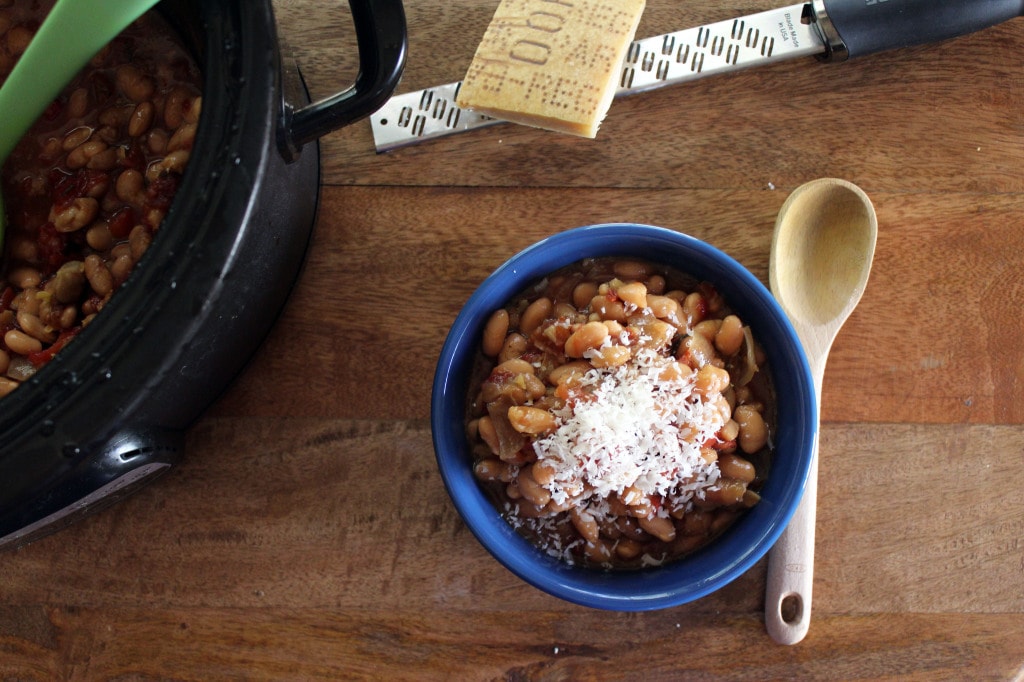 Oh, and.  One night I may or may not have thrown some of these into a baking dish topped with Gruyere and a drizzle of heavy cream, then baked until the cheese was bubbly.  THAT was legit. 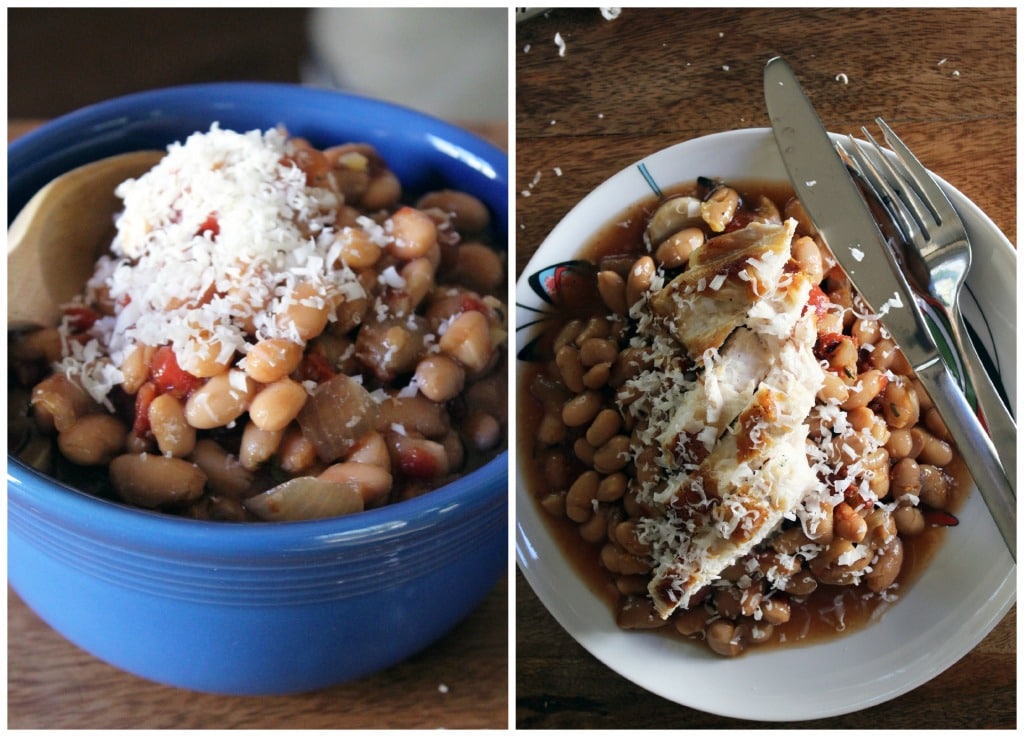 The point is, these beans are a fabulous base to use lots of different ways; even as soup if you added a little more stock and some sauteed veggies!  The rosemary and tomatoes really make the beans special, which is key for such a plain ingredient.  Try them soon!