This is a copycat recipe. 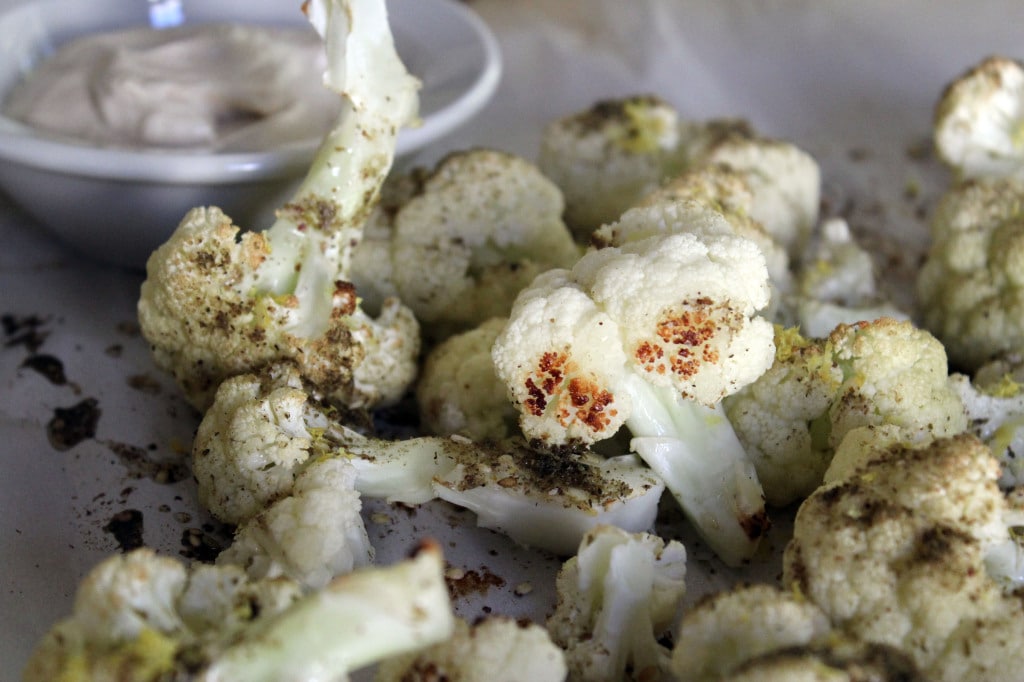 Because we have a new restaurant in town that is delicious but it turns out it's a chain and I'm obsessed even though it's a chain.  Ya feel me?

It's not Applebees.  We have had two of those for years like most tiny towns that have an interstate running through them.

BUT NOW.  We have a big road that gets gridlocked several times a day, and in a fit of genius the city developers have decided to add lots more BIG stores including but not limited to Cabelas, Toys R Us, Nordstrom Rack, and Dave & Busters.  Big places, and these are all clumped together in a place that already had MUCHO too much going on.  And the road can't be widened because smaller businesses and restaurants are on the same road.  This is fascinating to you, isn't it?

The point, my friends, is that in this large area of large shops on a large road that is really crowded, we also now have a Yardhouse.  Have you been to one of these?  Jay went to one in CA on a business trip and thought it was a local thing THERE, and then turns out they're everywhere.  Tons of beers, great atmosphere, and fabulous food with a sportsbar thing going on.  The food involves lots of raw tuna options, and anywhere that can safely serve raw fish and have it be delicious and moderately affordable is ok by me.

BUT, since it's on this road with all the crap and we're nearing the holidays I can honestly say I won't be going there until February AND SO that means that I had to figure out how to make my favorite Yardhouse appetizer at home.

I probably could have led with that.

It's exactly what the title says it is, and it's easy and very delicious.  Zataar is a Middle Eastern spice blend that is used in appetizers with pita and olive oil for dipping and sprinkling.  It's delicious, and I buy it at our local Mediterranean grocery store, Pita House.  You can find it a lot of places, though!   It's great to have around.  In addition to the zataar you need cauliflower and olive oil.  Then for the sauce we have tahini, lemon, heavy cream, and sour cream.  Easy stuff! 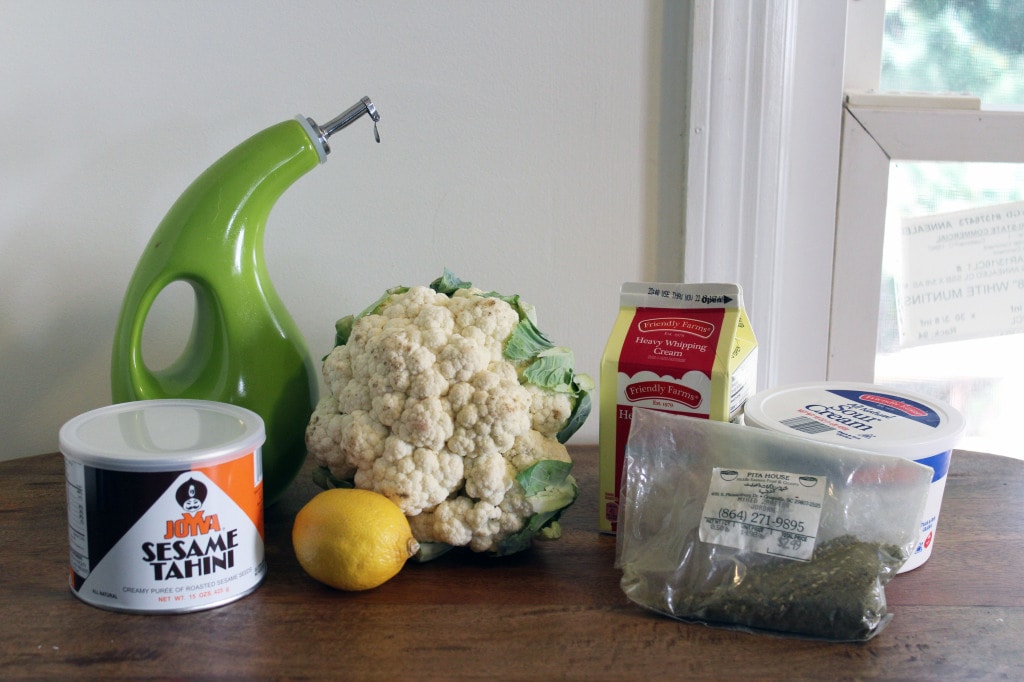 First let's get the cauliflower roasting.  Preheat the oven to 450F, and use a sharp knife to cut out the core. 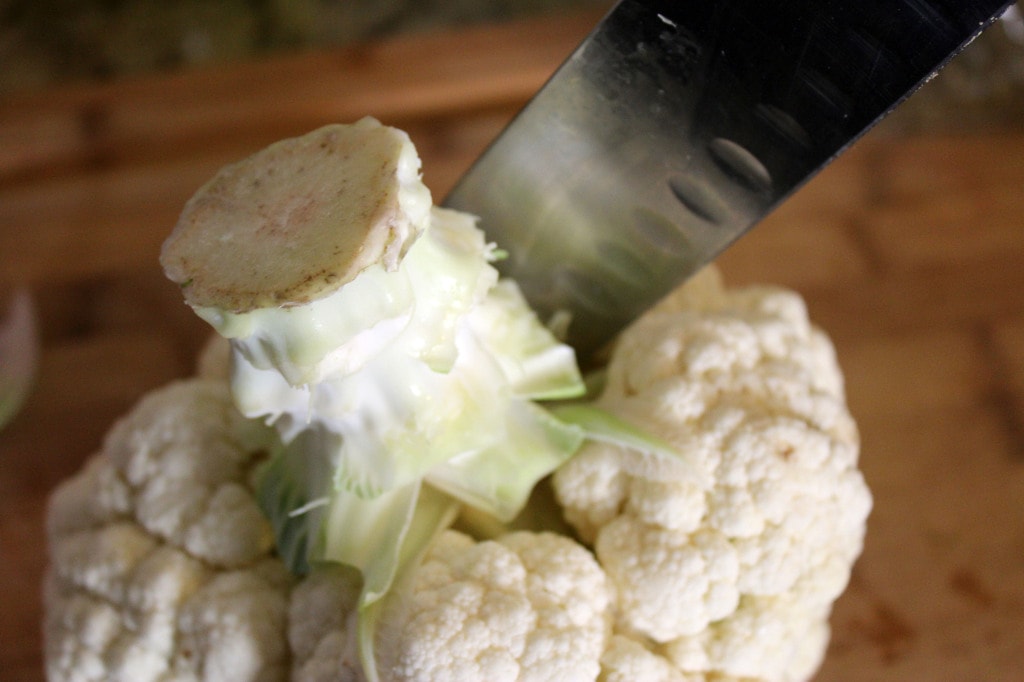 Then cut the cauliflower into bite-sized pieces. 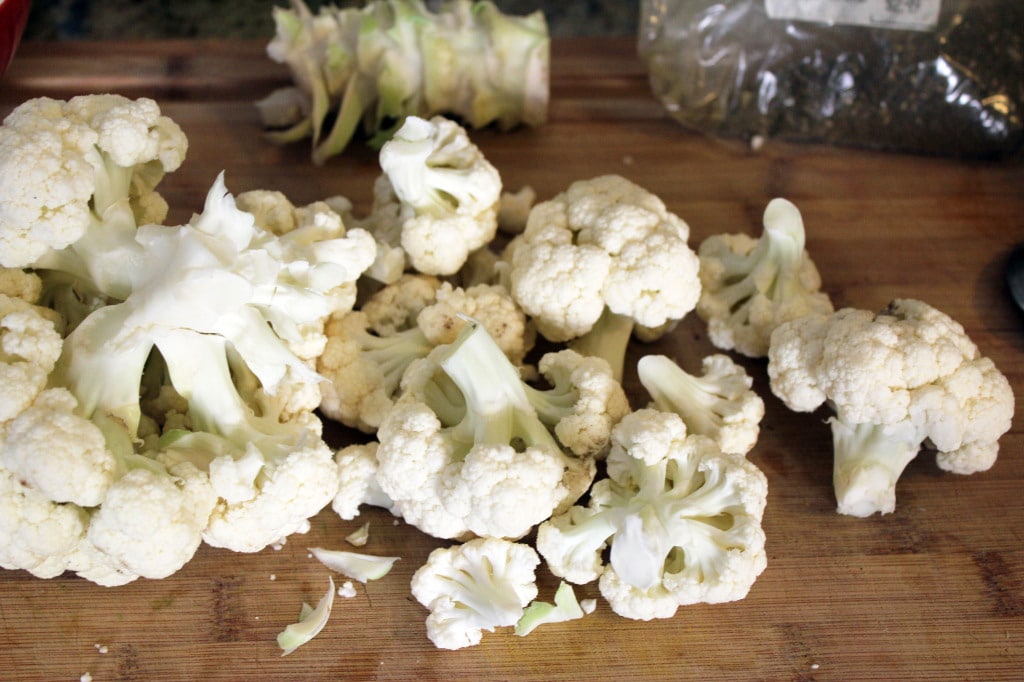 Arrange the cauliflower on a baking sheet with cooking spray or parchment - my favorite thing ever for roasting veggies - and drizzle with the olive oil. 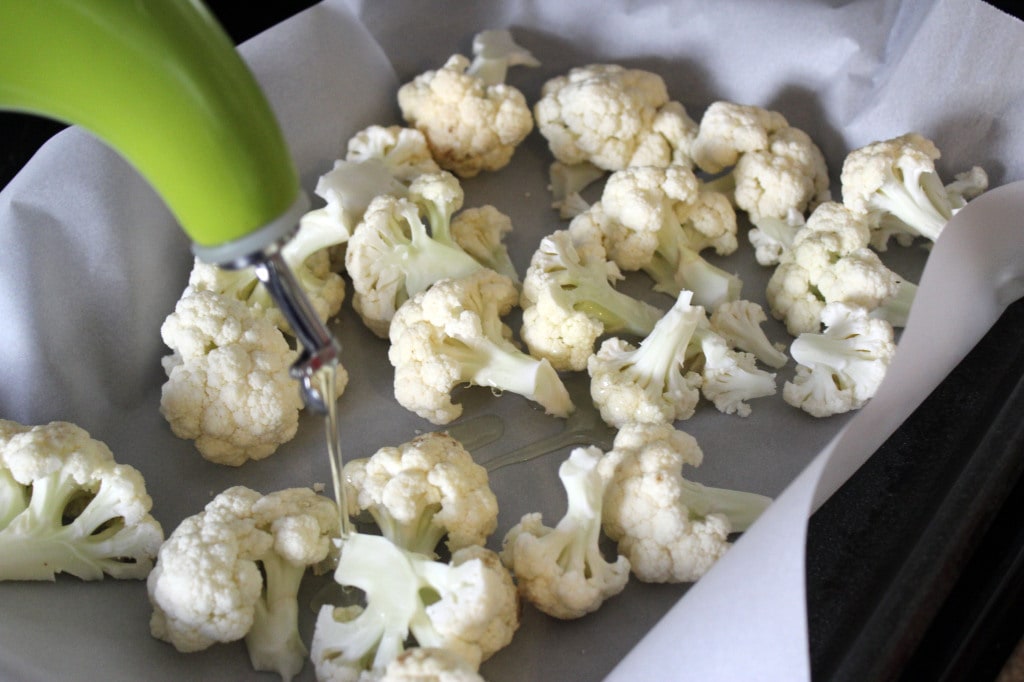 Then, sprinkle all over with zataar!  Now, we roast.  15-20 minutes until that point where the edges of the cauliflower are brown but the vegetable isn't mushy. 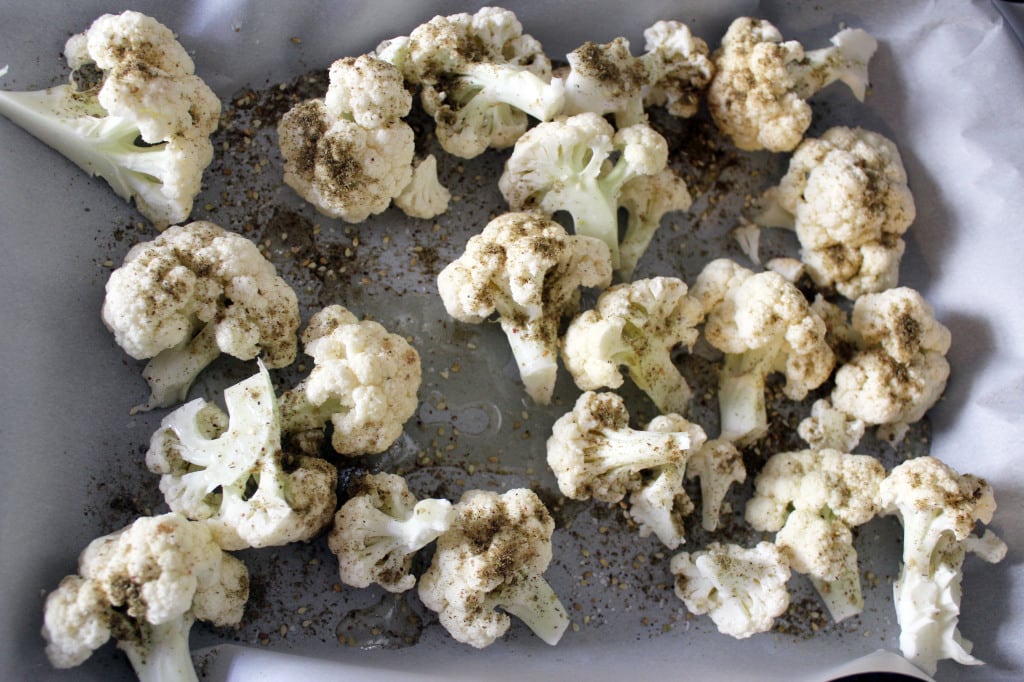 While the cauliflower is roasting, let's make the sauce!  Zest the lemon, and reserve the zest for later. 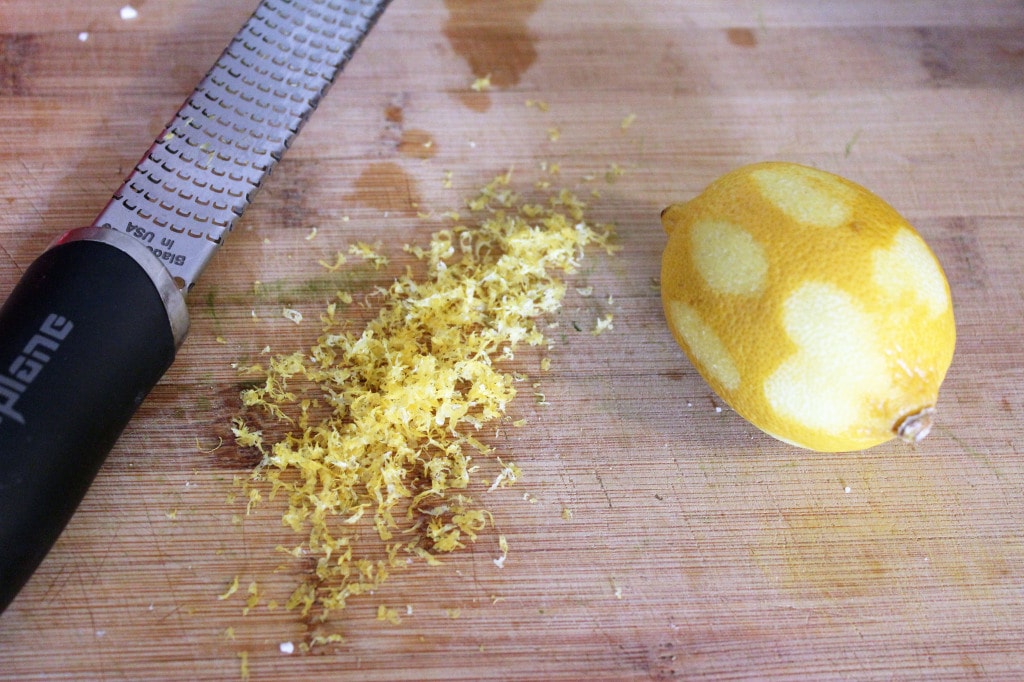 Then, add the cream, sour cream, tahini, and lemon juice to a bowl with a pinch of salt. 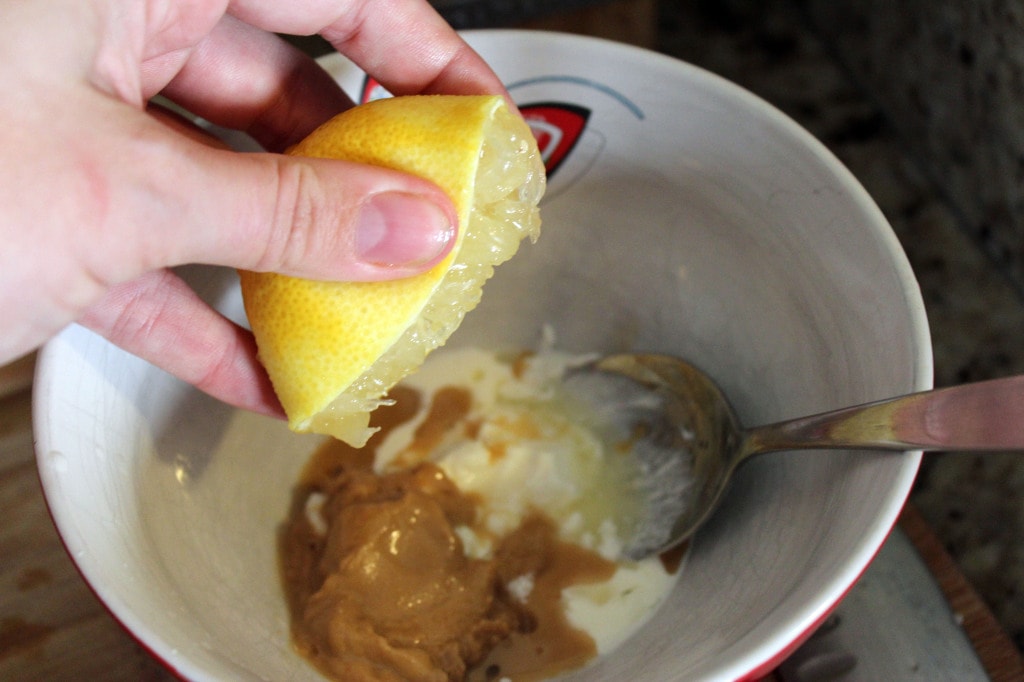 Stir until the sauce is really smooth, then taste it - add more of anything that you like!  We mainly want the tahini flavor to be really strong and a consistency that you could use as a dip.  Not too thin! 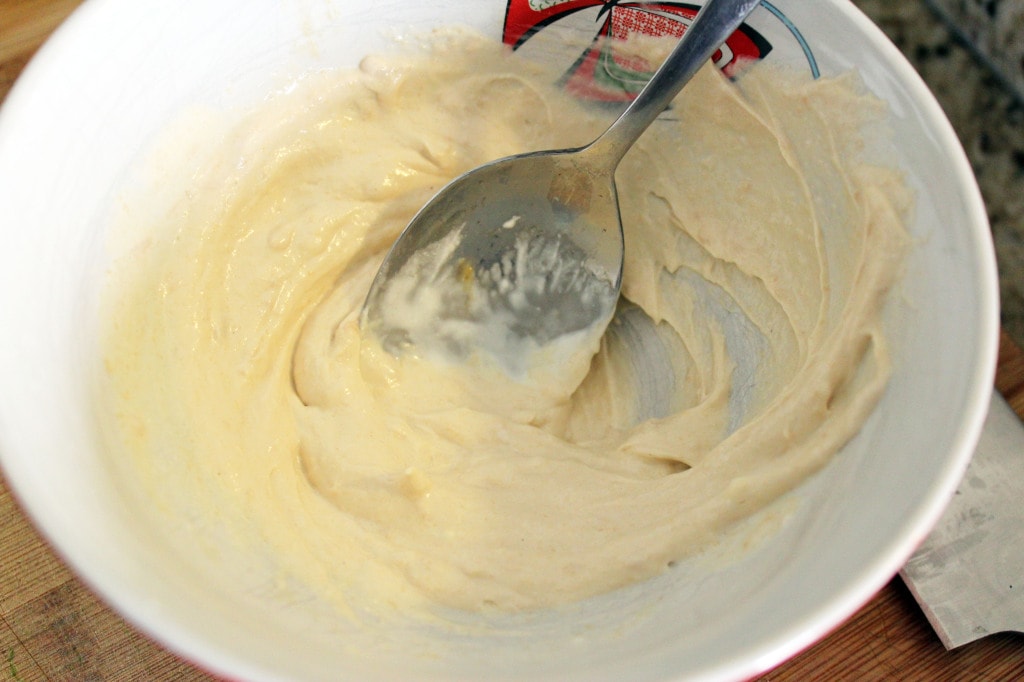 When the cauliflower is done roasting, sprinkle it with the reserved lemon zest and serve with the dip for a snack. 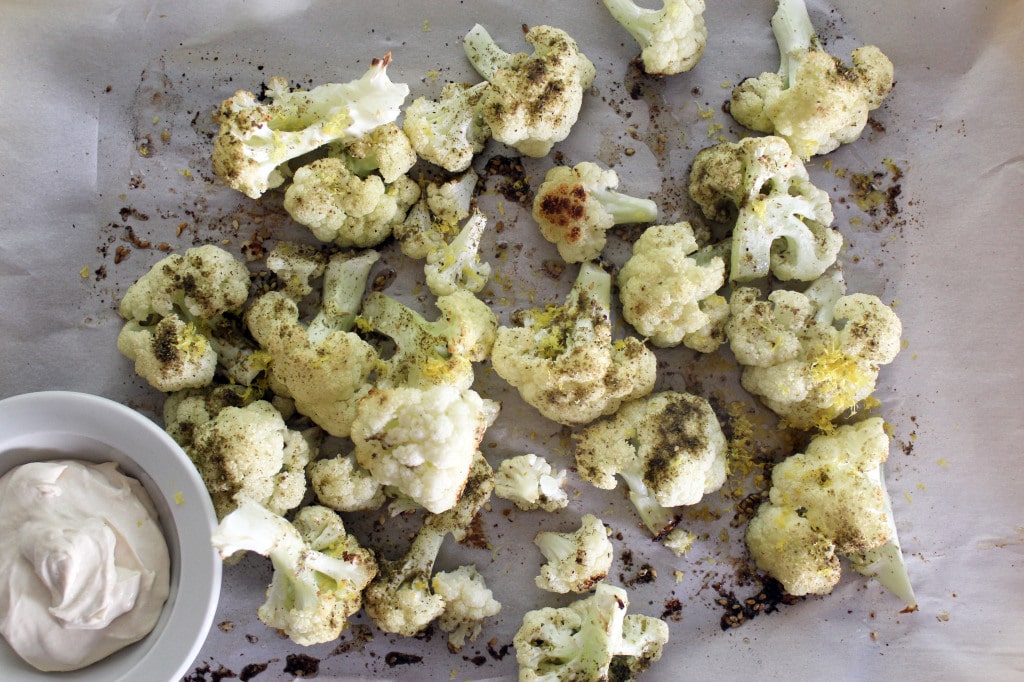 Or, as a side dish to any meal you're obsessed with right now!  At Yardhouse this is an appetizer, but I've served it with dinner a few times and it's great because the tahini sauce can get on other yummy foods, and tahini sauce is basically great on everything. 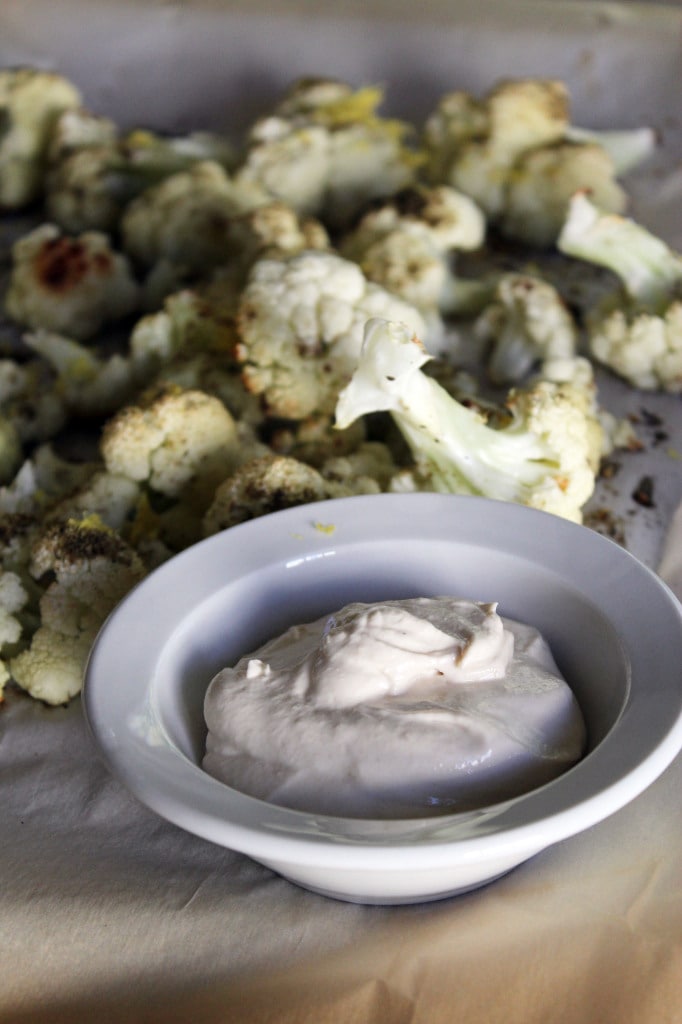 So, in conclusion, I hate traffic and this is delicious. 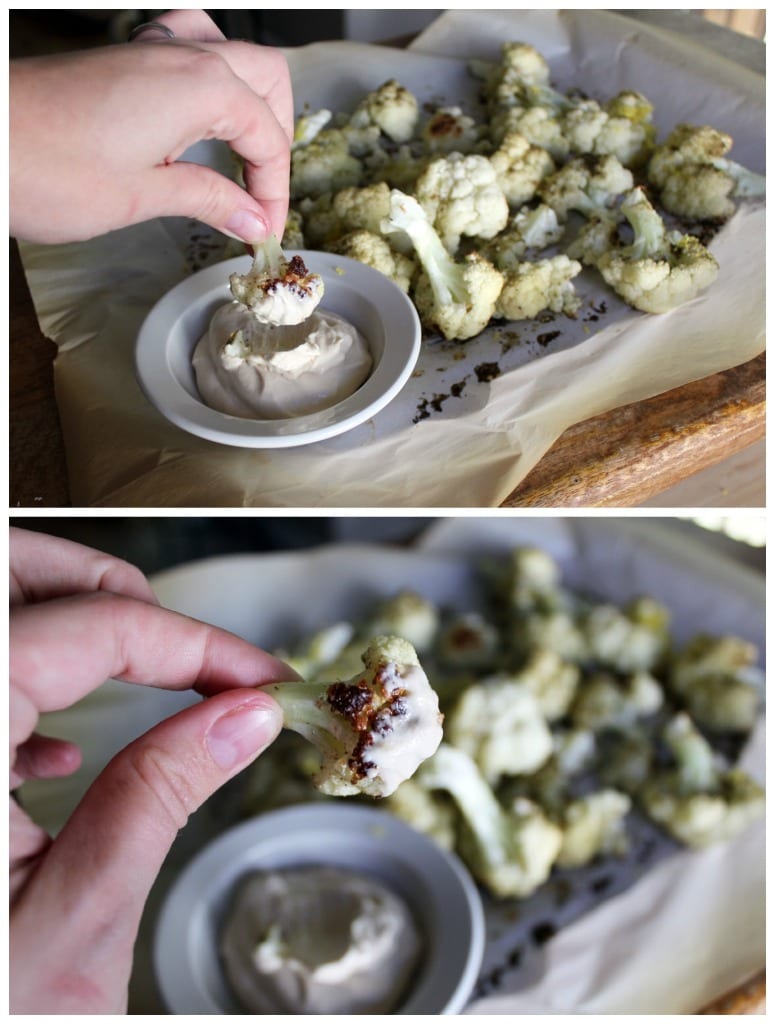