Once we got over the initial YAY NEW PREGNANCY information, we spent a few days holding the information to ourselves, which I always think is fun. I'm not really one to hide for any specific length of time, but there's something sweet and innocent about being the only person (plus a partner or whoever else) who knows this information, if that makes any sense at all. 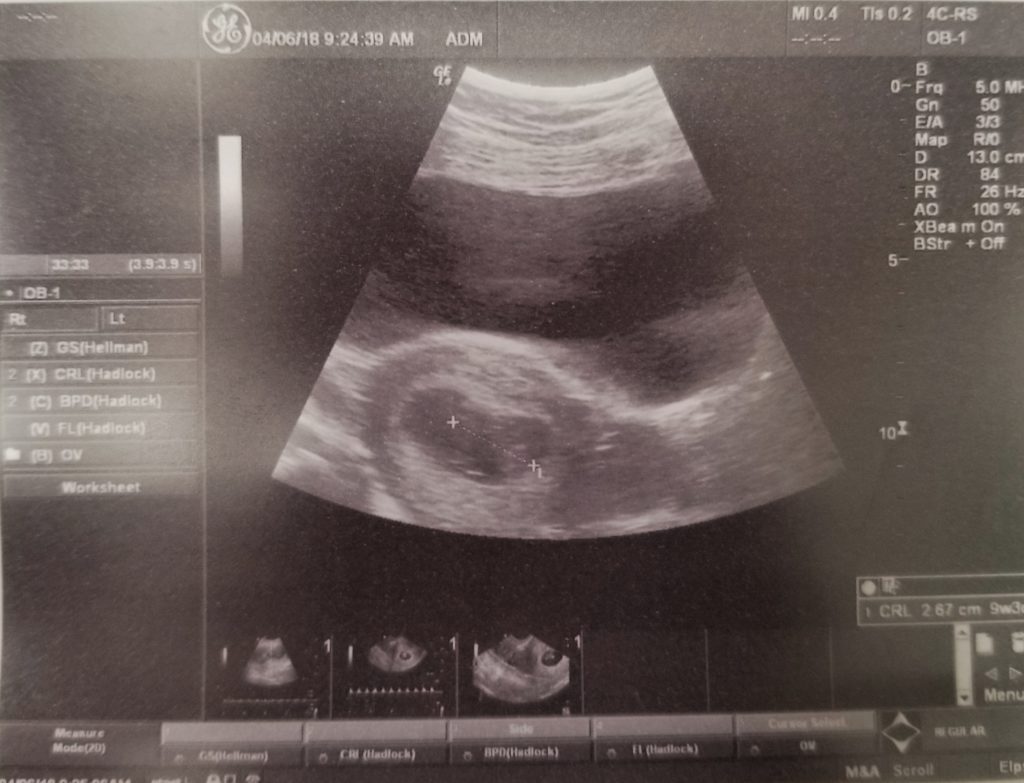 We told our families and a few best friends after we'd known for a week or so, when I was still super duper early - people we'd tell if I had a miscarriage, basically. Then it was the dance of figuring out what events to skip because I was super tired all the time, and drinking a crap ton of soda/cranberry in public when I wanted it to appear like I was drinking. I'm not one to pass up drinks at social events, but other than that there was nothing really outward that would have given me away at that point.

I started immediately obsessing over double strollers because I love baby gear, started contemplating the sex of the baby, started figuring out what the next year might look like with appointments and work and scheduling trips. We were still finishing our construction and I was still realllllyyyy hoping to go to Ireland for my friend's wedding in July, so we started talking logistics of that and other things we wanted to get in this year before the baby is due.

The super fun big adjustment this time with pregnancy was gross nausea every single night that lasted for several hours + a super picky appetite. When I was pregnant with Beck my first trimester included cravings for only very bland foods, but this time the foods were even MORE bland and the "am I hungry now?" moments were few and far between. I never threw up, but I just couldn't get excited about food. BUT ALSO, if I got too hungry, the sickness was worse and I wanted to die. A few days were particularly bad when I was home with Beck, and that's what TV is for, right? I felt/feel awfully guilty about using a second child as an excuse to not parent my first, but I felt horrific and she is obsessed with TV so in a way we both won. This was also a time when I ate a lot of off-brand Wheat Thins and drank apple juice, which meant that Beck ate a lot of off-brand Wheat Thins. This is her baby too, after all. She does not like juice.

Other "hurray pregnancy" included my body basically jumping to the third trimester of pregnancy, all "hold my beer, I know what to do." My breasts were massive in what felt like a matter of hours, painful to walk even a few steps without a bra, like they were bruised all the time. I had to stop running after trying several overpriced sports bras; I was in too much pain to make it worth it to even try. I very badly wish that the pain had gone away after the first trimester like the internet said it would, but the internet was wrong. Imagine. Pooping was strange, very hot/cold/sluggish/urgent with no real rhyme or reason why. I was tired all the time to the point of napping during Beck's naps, which I never did when pregnant with her and rarely even did when she was a newborn and I was up all night. I don't require a ton of sleep except for NOW SURPRISE YES I DO. Except at night when I could easily lie in bed wide awake for two hours on my phone with no feelings of sleepiness at all.

Emotionally, my worries felt the same but maybe slightly worse with this pregnancy, and that hasn't changed. The most maddening part about pregnancy is that there is precious little you can do to really make sure your baby is OK. You can exercise and manage your weight and carb intake and keep stress down and eat fiber and take vitamins and avoid caffeine and raw fish and soft cheese and random lettuce and alcohol and heroin and roller coasters and hot spaces and cold spaces and medicine and ANYTHING FUN EVER, but literally unless you are binge drinking or seriously popping pills there is almost nothing you can do to prevent any number of horrible things from happening to your fetus.

So I've been eating a lot of lunch meat this time, is what I'm saying.

It's true, though. There are guidelines, and 90% of them are outdated and pertain to old rules, and then there are the "I mean, don't take that while you're pregnant but also if you need it clearly you should take it" schools of medical thought, and the end result is that mostly babies work and uteruses function, and sometimes they don't, and mostly we have no clue why or why not. I realize this makes some people very anxious to read, and it makes me anxious to type, but most medical professionals also agree with it at the core of the statement. We don't know, but we offer a lot of cautions since we don't know. Fair enough.

So, knowing that, I eat whatever the heck I want with reasonable portions, move my body as I have the energy to, and remind myself every single day that it takes 7 good things to outweigh one bad thought or story. babies are mostly fine. things that could go wrong may not be an indicator of future pregnancies. you are not barren. beck is fine. this baby is fine. BUT WHAT IF THIS BABY ISN'T FINE and then we go back to the mantra. It takes 7 good things to outweigh....

The first trimester of this pregnancy was pretty normal, clearly. I'm pretty normal, clearly. Stable, some might say (no one would say that unless they are seriously tricked). Obviously the anxiety stems from me wanting any and all spawn to be safe and healthy and born alive, so I'm fully entitled to it, but none of that makes me feel much better. Every positive ultrasound and doppler makes this feel more and more real and calms me down more, but the early appointments are few and far between - once every four weeks for most of pregnancy unless there is cause for concern.

One anxiety-reducer this time around is my living kid toddler terror girl wonder love muffin snuggle bug sassy pants. She's a GREAT distraction from all of the mind-noise (clinical term), and it's been pretty fun to try to establish any kind of understanding about a random baby inside of her mom. More to come on that.

Also during this period we had our first doctor's appointment, which was fun and warm and fuzzy and all "you're one of the birth center OG's!" True life, one of the midwives said that to us. We're returning to the midwifery associated with our major hospital system, which to me is the best of both worlds. Insurance covers it, it's fully medical BUT with midwifery principles of birth not as an illness, pregnancy as normal, things that we wholeheartedly believe and embodied when I was pregnant with Beck. I plan to use the birth center as long as it's medically agreed on, and the hospital is literally across the street at the ready if anything goes wrong when I'm in labor. It's been super fun to have an appointment or two with Beck in tow and tell her that THIS is where she was born. Appointments are dull-in-a-good way at the beginning of pregnancy, an ultrasound that shows a blob to confirm that there is a fetus in the right place, and a lecture or six about getting to the birth center early this time because "the second time will be faster and I'm sorry you were pushing in the parking lot last time?"

Got it. I'll try to not do too many dishes before I come. Just hate leaving the house messy.

So we need a baby stroller, I was gross-sick without actually puking, achy in the chest, and everything was normal.

Then at the end of the first trimester, we did genetic testing + found out the sex of the baby + Beck gave her initial input on names. Next time!