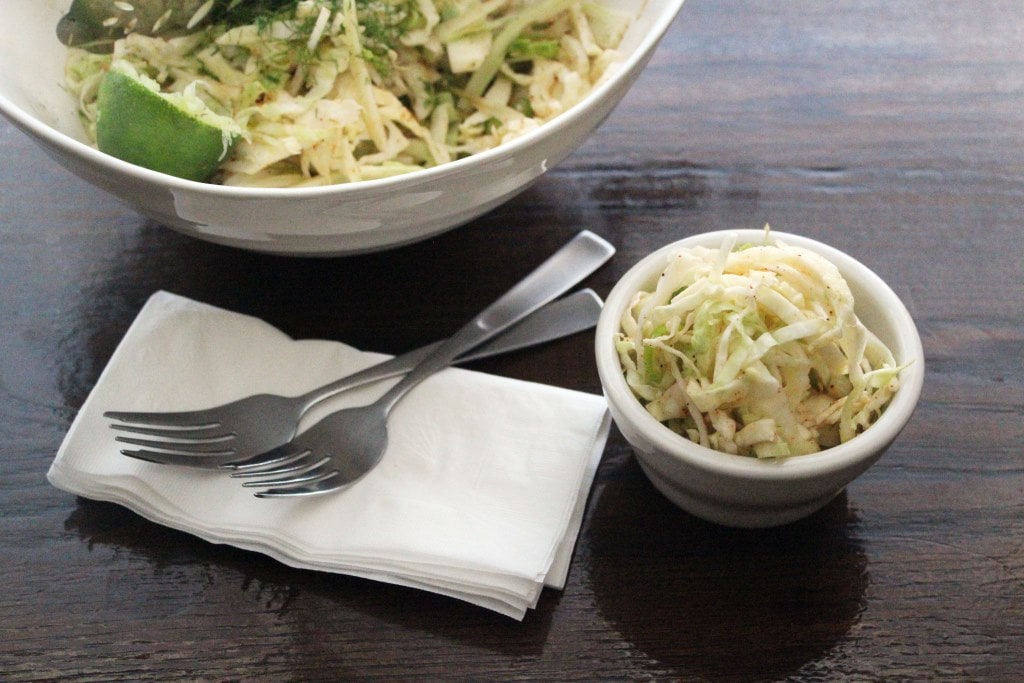 You need fennel, cabbage, jalapeno, lime, sugar, and chili powder.  That's it!  I didn't even add salt, but you can if you'd like. 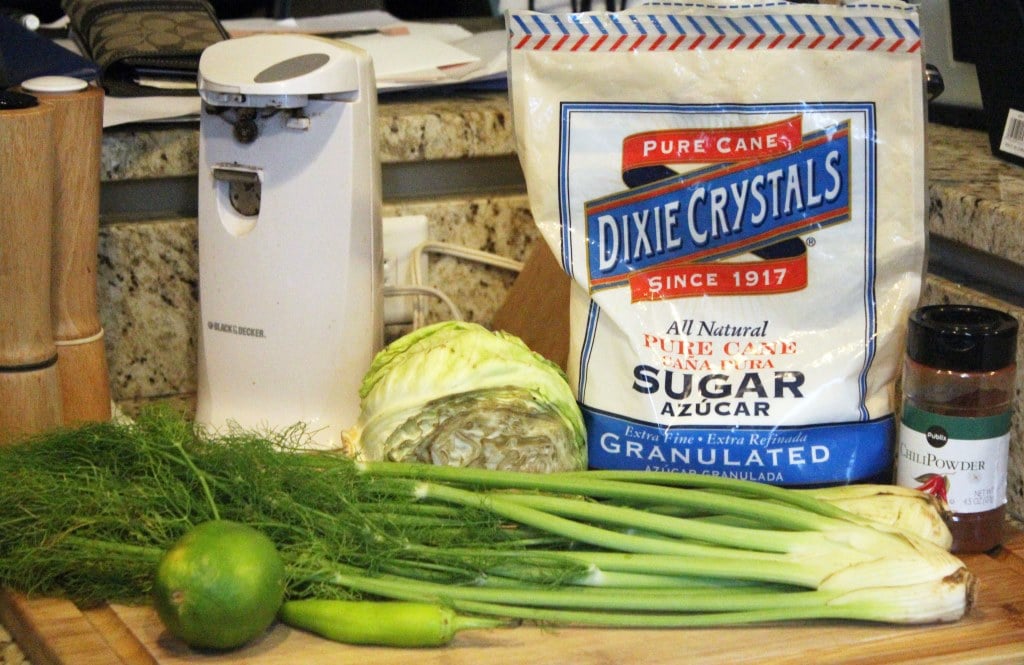 First, really thinly slice the cabbage and the jalapeno.  That's the key to this here recipe - super thinly sliced veggies.  They're crunchy and delicious that way! 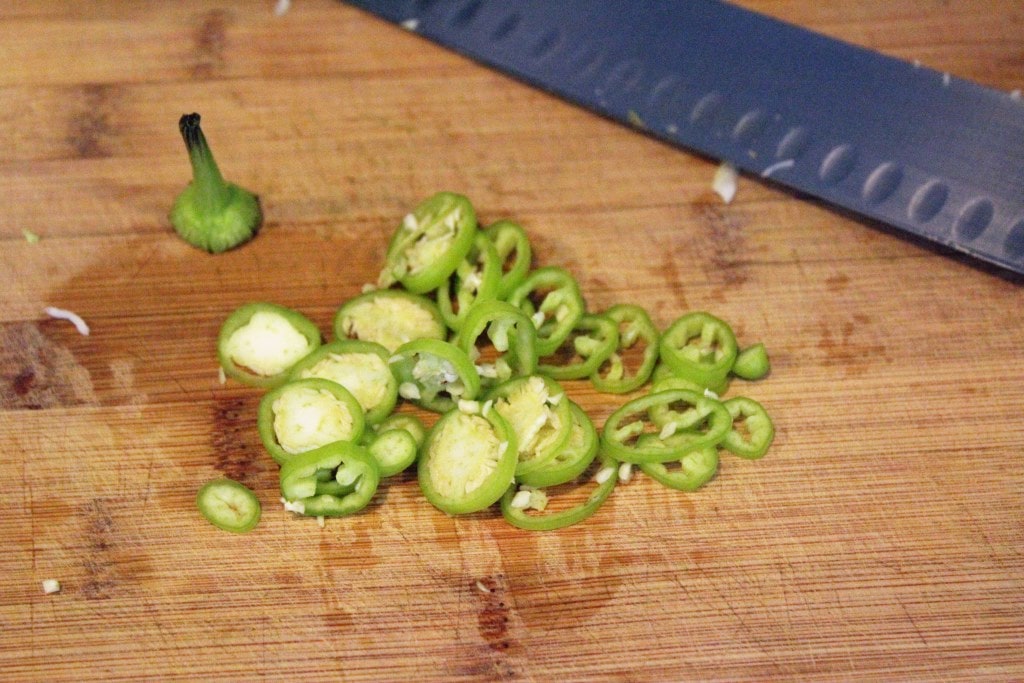 For the fennel, lop off the tops and bottoms... 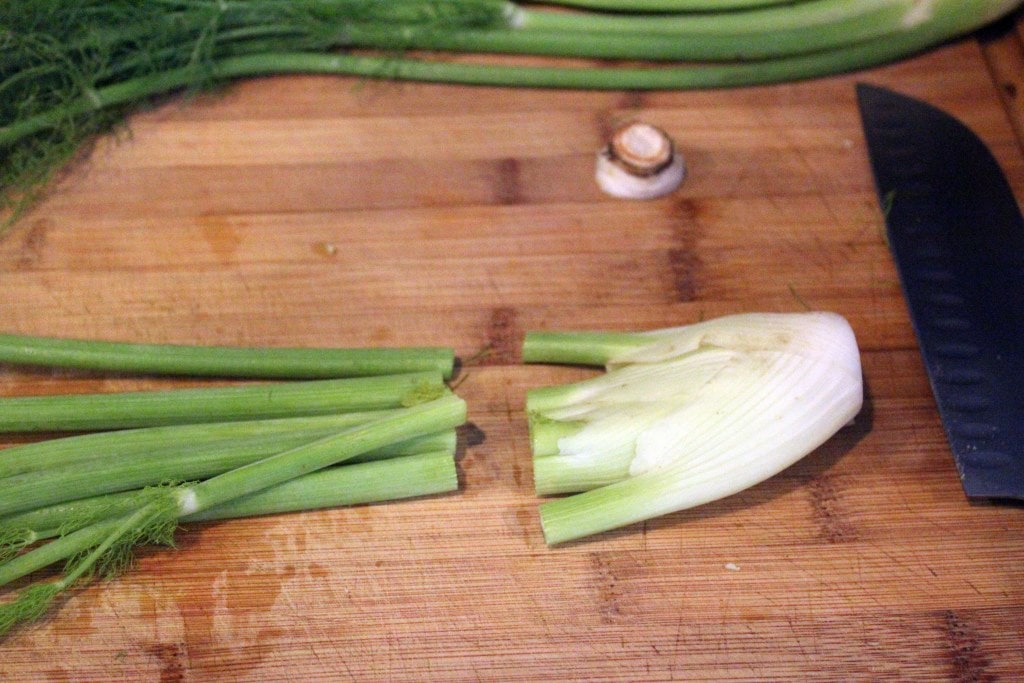 ....and cut the bulbs into quarters.  Then, cut into the core on an angle to remove any core without wasting any of the fennel.  Then, thinly slice the fennel. 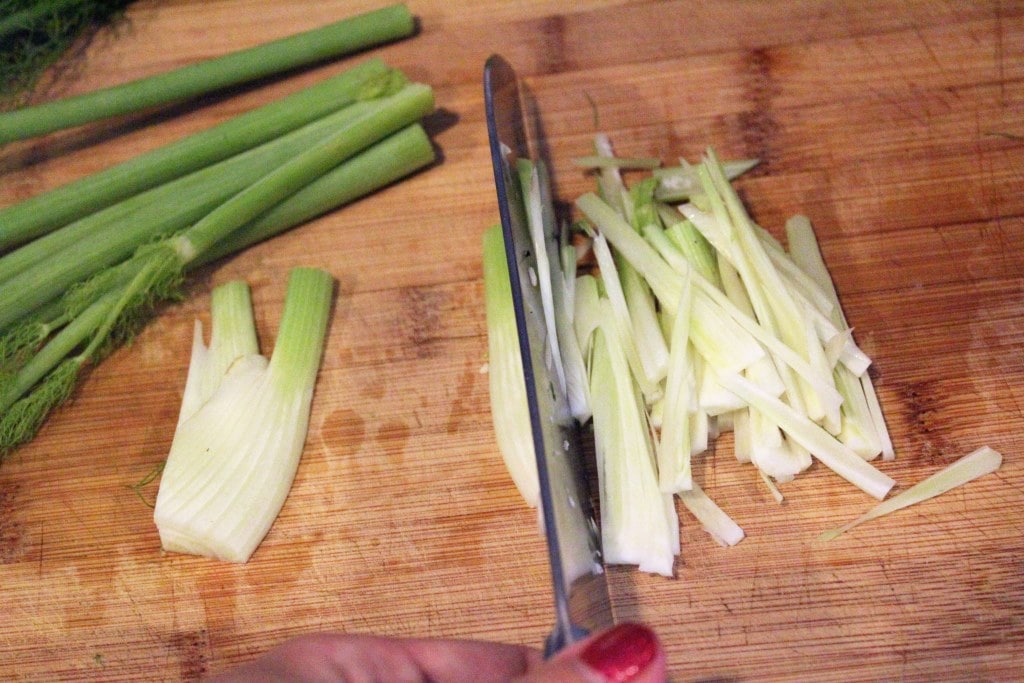 Slice up the stalks and fronds too - they taste great! 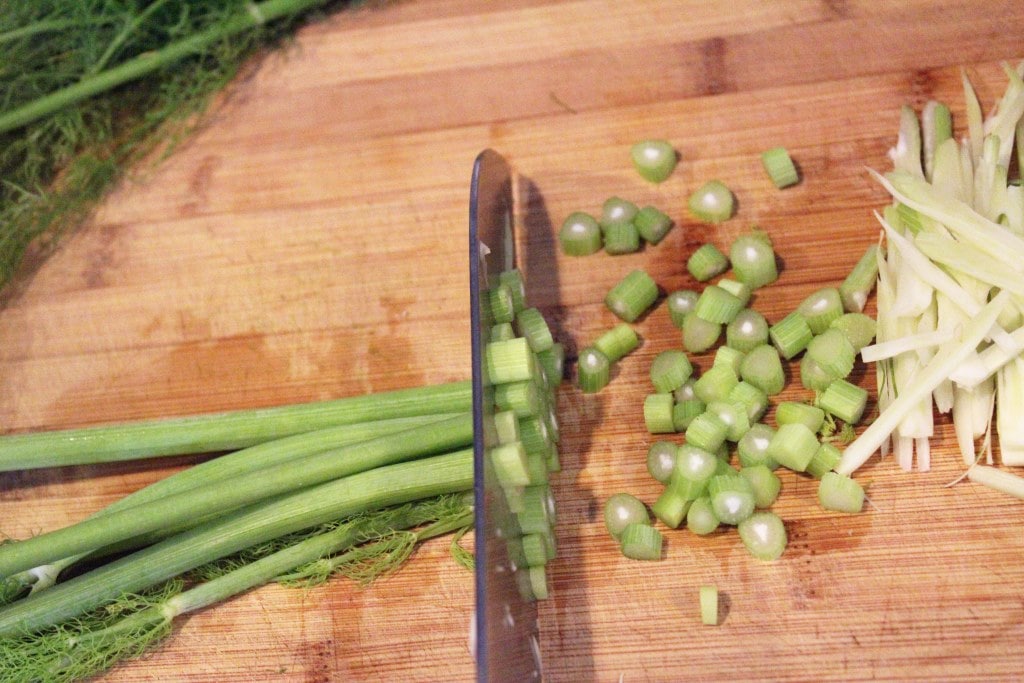 To build the slaw, add the pepper, cabbage, and fennel to a bowl with the juice of half a lime - a whole lime if you're really into tang. 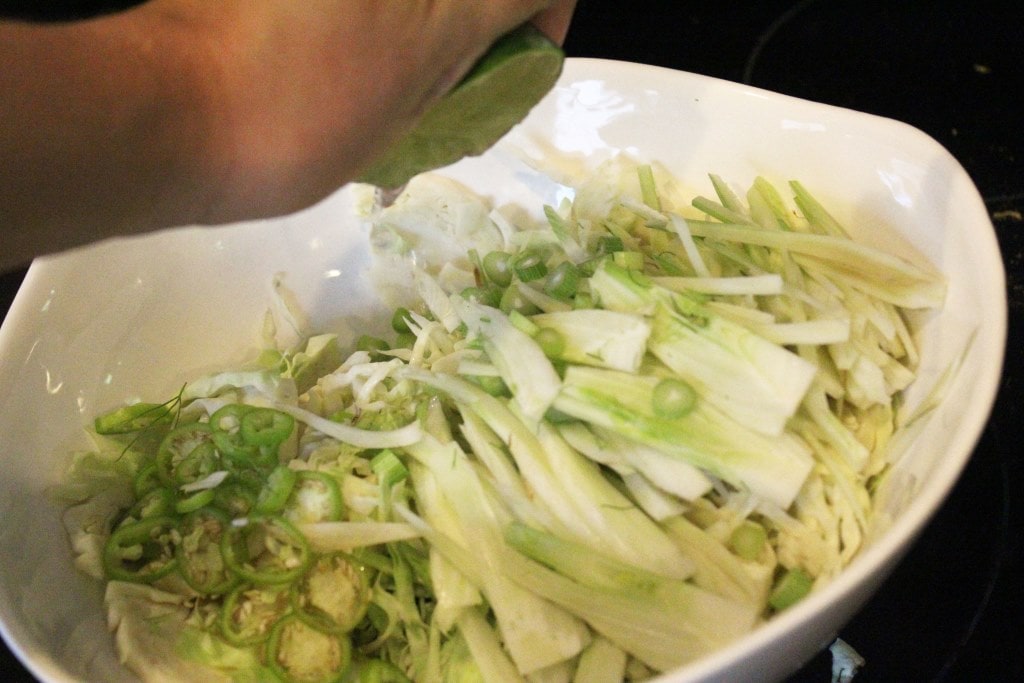 Then, add chili powder and a sprinkle of sugar and toss everything all together. 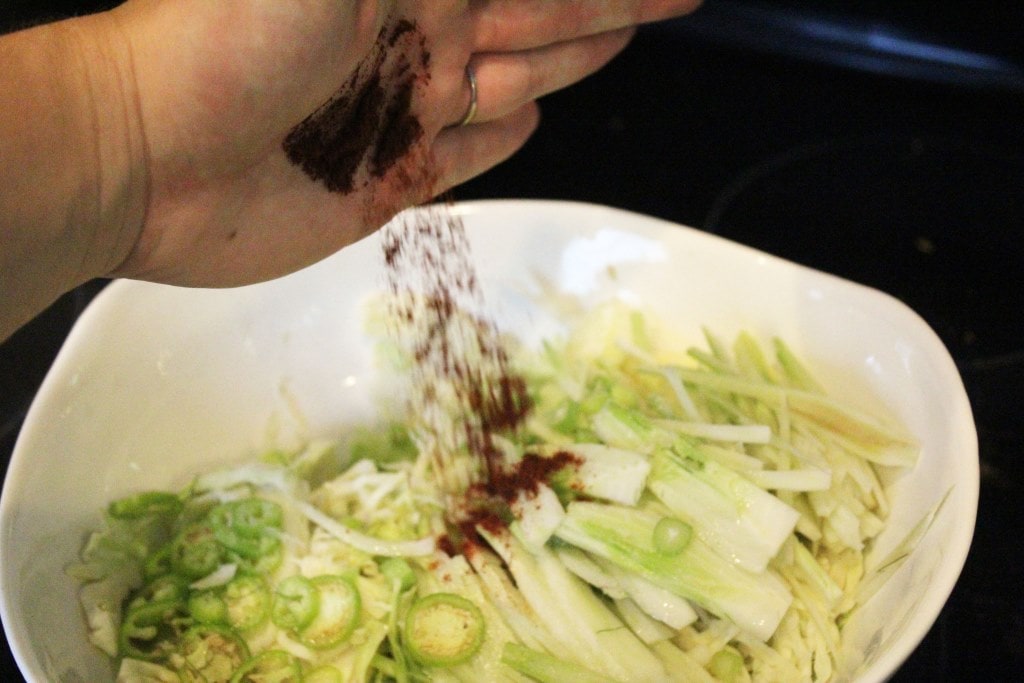 I garnished this with some extra fennel fronds because they're pretty, and that's it!  This slaw doesn't have a ton of dressing, so you can let it marinate for a long time, or eat it right away. 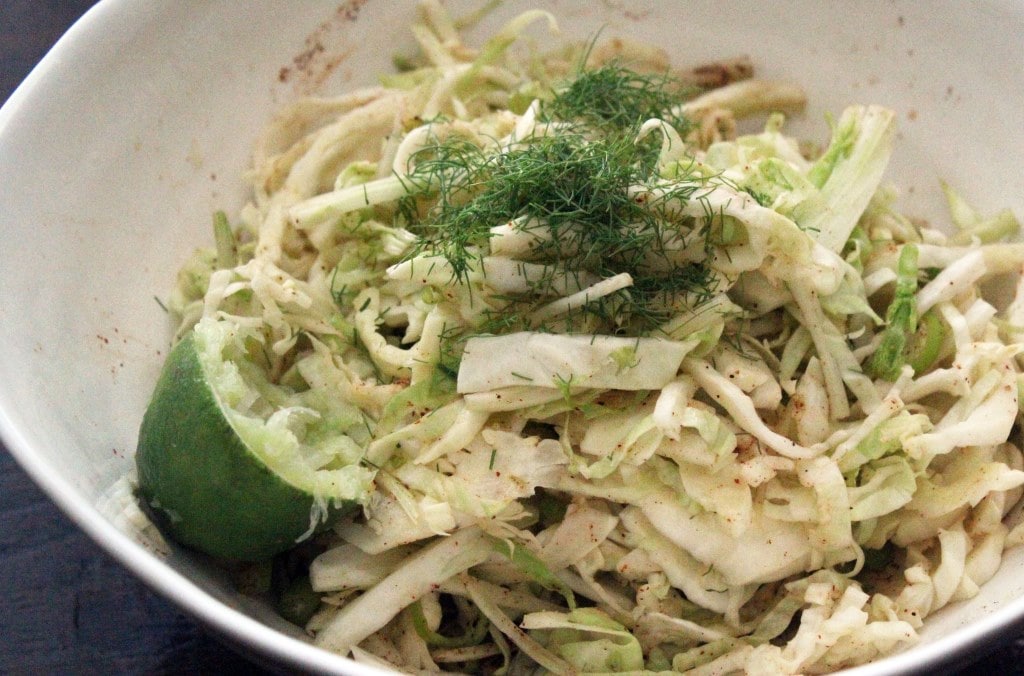 The fennel is really lovely in this, and the sweetness is a nice contrast to the spicy pepper - mine was super hot!  Serve this plain... 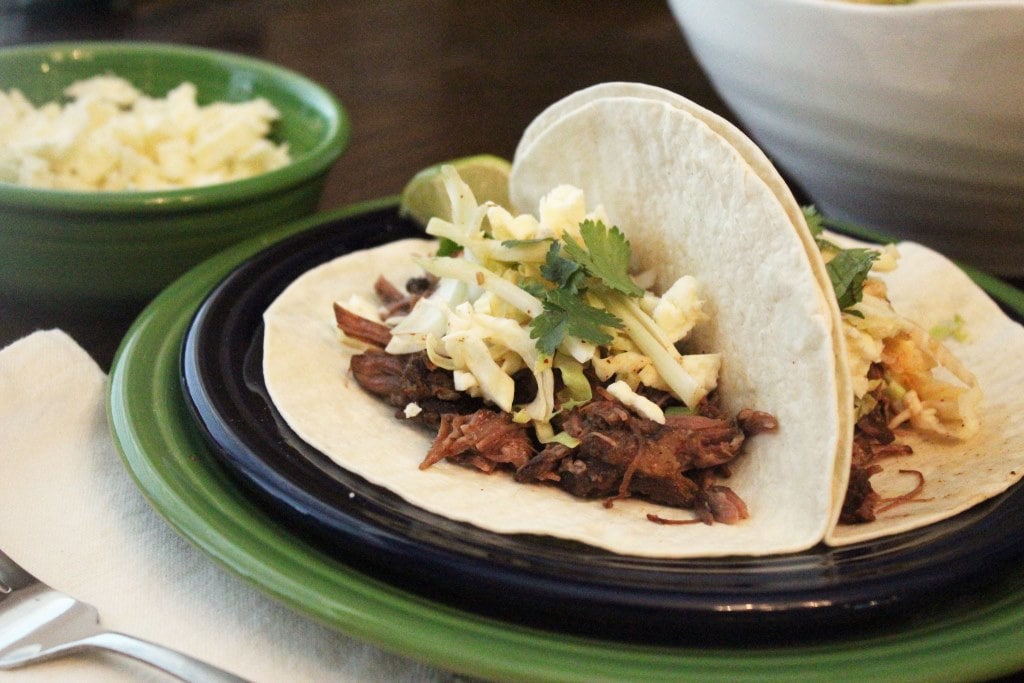 Hosted by these folks!