Aaaand here we go again with the "time is going too fast please stop can't handle it too big." 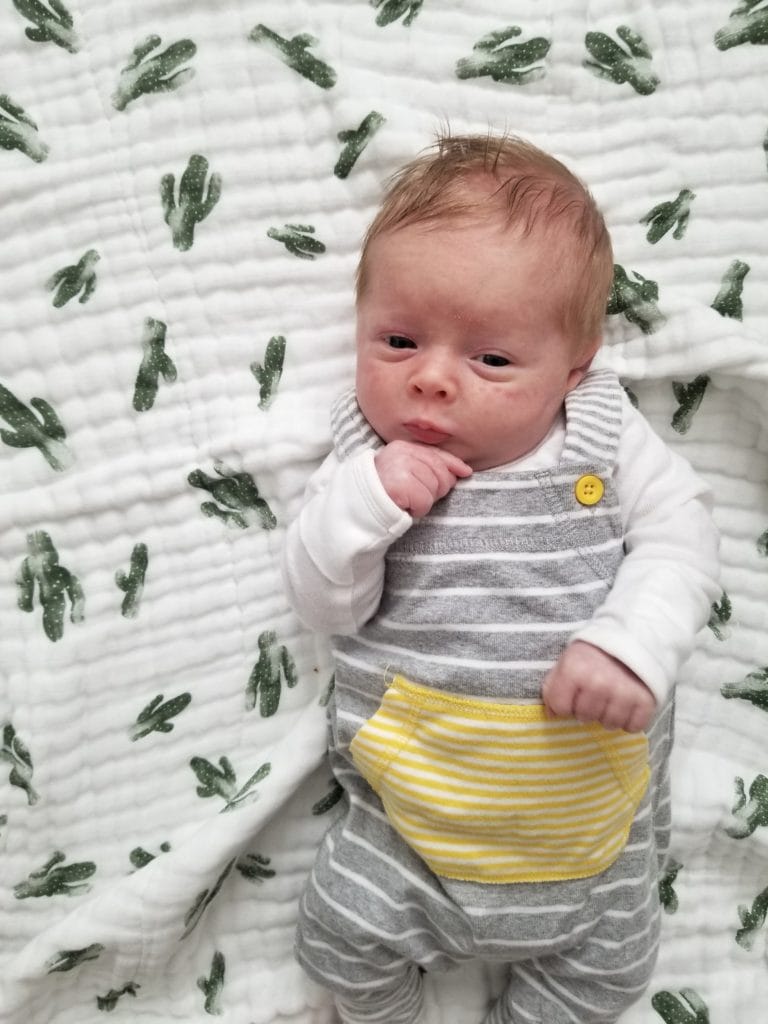 This. Little. Squishy. It is the most fun having a new baby, and super extra fun watching Beck learn about him. She gets so excited when they make eye contact, and aggressively worried when Will cries, which luckily isn't too much just yet.

Sleep is the number one baby question at this age, and sleep just...is what it is (she types tiredly). Mostly Will wakes up about every two hours overnight, and two times he's had a 4 hour stretch of sleep which is just the best thing in the entire world AND both times I woke up in a panic that he was dead. He was not. He has a vague schedule of napping a ton in the morning and being fussier/more up and down in the afternoons and evenings. We haven't had any horrible witching hour situations yet, but there are definitely times each day where he just can't be put down. I find that as long as we plan for it and do as much as we can earlier in the day we're less likely to be frustrated when that happens. I'm exhausted because I can't usually nap in the day or sleep late in the morning when he's asleep, but overall sleep is going as well as it can be. We have a Dockatot and Leachco Podster that he sleeps in kind of alternating (we usually have one in a bedroom and one on the couch, and eventually I'd like him to sleep in the Uppababy Vista bassinet. Right now he's not a big fan of anything that doesn't have that cocoon feel, but I have high hopes for the next few weeks. 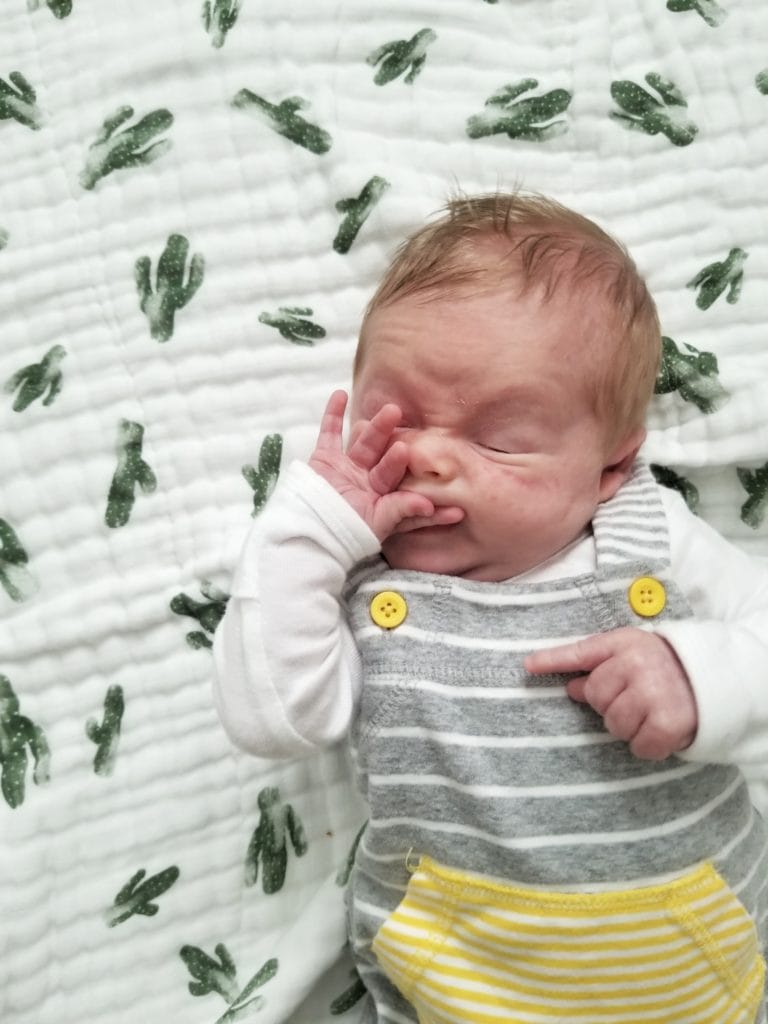 When I'm feeling particularly morose about never sleeping, I remind myself that it's because babies eat a lot, and Will is eating a ton and gaining weight like a champ. He was super teeny at birth, and nursing is going SO well this time. It was OK with Beck but I definitely remember more of a learning curve for both of us. This time I know what I'm doing and Will never had any issues latching or waking up to eat, which I'm so grateful for. I pump a time or two each day and have a ton of milk in the freezer. It's a little bit of a pain to pump, of course, but I had such a hard time keeping up with Beck when I went back to work that I'm really glad to have more of a head start this time. The lactation people are always hesitant to recommend pumping for fear of oversupply, but for me the though of having too much milk is way more desirable than not enough. I switched from a Medela to a Spectra pump this time and love it WAY more. I had heard that from a few friends and the ever-untrustworthy internet, and the reviews and opinions did not disappoint.

Will has gone to the doctor three times, twice for regular visits and once for circumcision, which we did end up doing. We love our pediatrician and the breastfeeding center that's housed in the same building, and at this stage appointments are always fun because 1. everyone loves teeny babies and 2. it's funny how much weight Will is gaining, which makes us feel proud. The circumcision appointment was in no way fun, but it's over now and he handled it fine except for one or two uncomfortable diaper changes. We had a tough time making the decision, and there was no real rhyme or reason to why we did it, when I look back on the decision-making process. There is no medical reason to circumcise babies (or, as my pediatrician friend says, there ARE reasons to circumcise, but being born is not one of them), and about half of Americans are still having it done. The reason I struggled with the decision so much was that there wasn't a clear answer to me. Half of the people are doing it, no herd to follow there. Very low risks but risk nonetheless to the procedure. Very low risks but risk nonetheless of complications later if we didn't do it. NOT HELPFUL. The beliefs on cleanliness are mainly outdated at this point, although there does seem to be a slight increased risk of transmitting HPV in people who aren't circumcised, but that's a low number and the research is still very vague. Honestly there isn't enough data to give a clear YOU SHOULD DEFINITELY YES/NO, so here's what it came down to for us: Jay wanted to do it, and if there was a girl genitalia equivalent I'd definitely want final say on that, whether or not that makes sense. I also had this fear of him having some kind of discomfort/complications later in life if we didn't do it, and it definitely seems less of a hassle to get circ'd NOW rather than as an older child or adult, if he did it at all at that point. I know that some people have a belief about the ethics of cosmetic surgery on a baby's genitals, and I definitely understand the argument. I also think that it's our job as parents to make choices for our children before they're able to, and in this case this was the decision we made for Will. It was an imperfect process to arrive at the choice, but there you go. 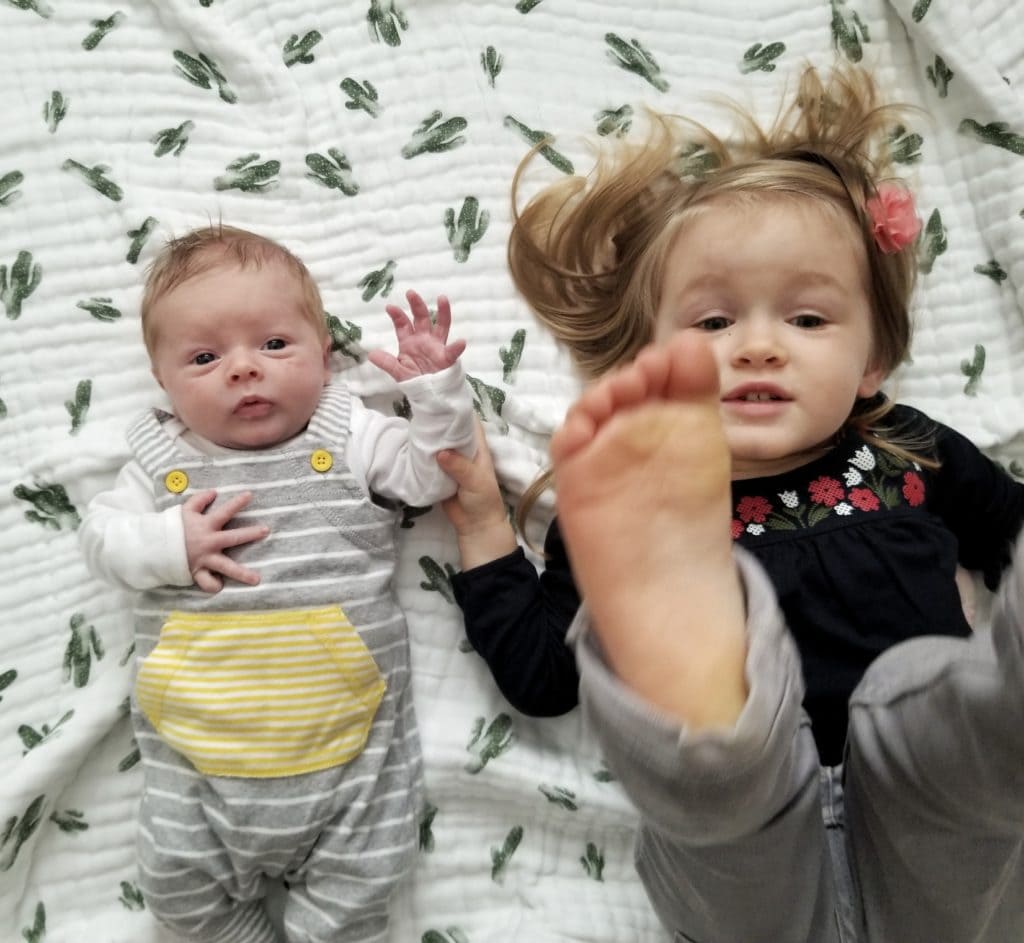 It was SUPER weird to see his little penis all of a sudden looking so different, and I'm still not quite used to it. Maybe this is because we had a girl first and I had zero experience with boy babies, or maybe because the first few everything with babies, including diaper changes, is just seared into my memories due to hormones, but my baby all of a sudden being/looking different is a little bit sad, almost like he's growing up. I realize that probably makes no sense to equate an elective medical procedure with "they grow up so fast," but that's what my brain did anyway.

Speaking of boy babies, YES we've gotten peed on, speaking of learning curves. I don't have any pee pee tee pees because GROSS, but I hate using a wipe at every change JUST to catch any pee that may or may not shoot out, it just feels so wasteful. The very first diaper I changed resulted in pee EVERYWHERE, and I've missed little shooters a few other times. I also think Will pees out of diapers more than Beck ever did, so if you have favorite tips for changing boys or preferred diaper brands we'd love to know about them! 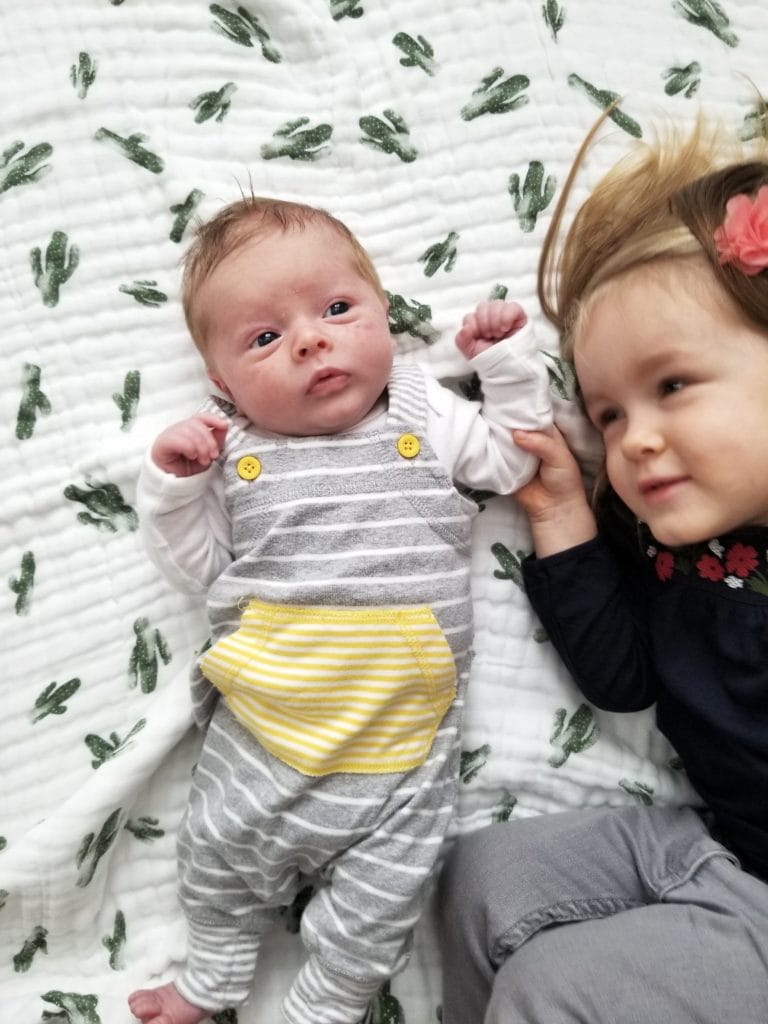 The next milestone we get to look for is smiling, which I'm convinced is doing to happen any day. Will's started making eye contact with all of us and loves looking at lights or the fan, just like Beck (and every other baby ever) did. It's really fun to remember all of these ridiculous things that babies do, and how short-lived they all are. I've noticed a very distinct nostalgic-for-the-present feeling with Will, much moreso than when Beck was a baby. Maybe because with her it was the beginning of kids for us, and with him it's likely the end. Maybe it's because I know how fast it goes, now I have these two little people taking up so much of my time and energy and love instead of just one, who knows. I just stare at them both and my insides are screaming please time stop and also stay safe and healthy forever and DEARLORD I need to make a joke quickly before I dissolve into a puddle of my feelings. 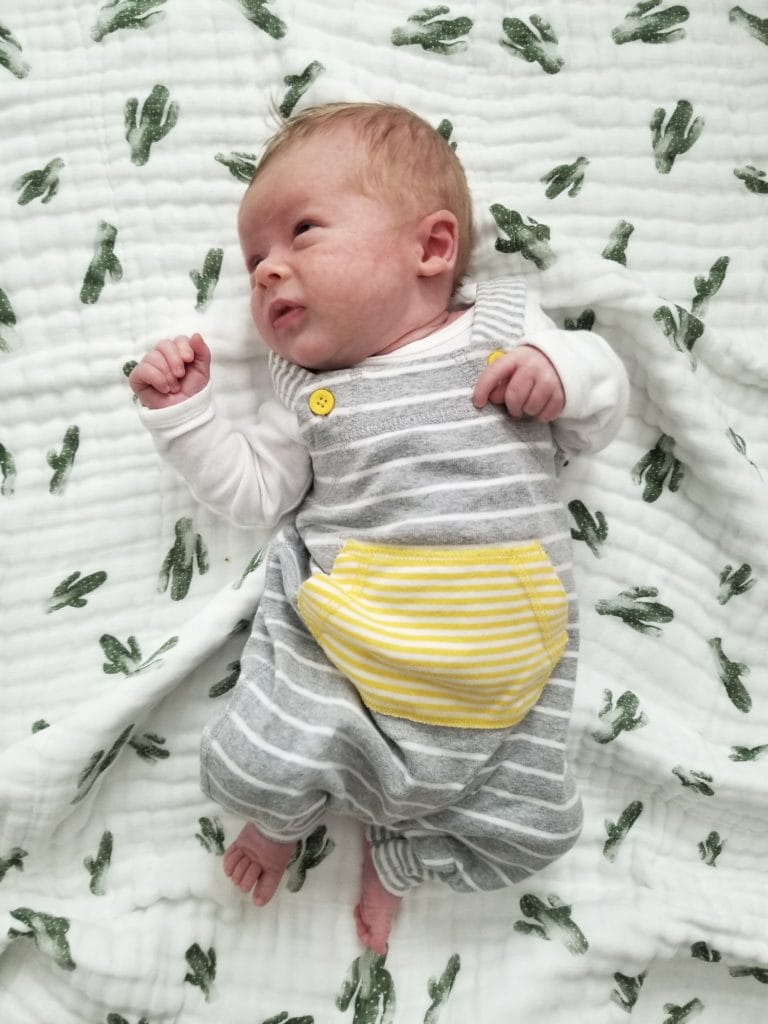 The other thing about this second kid that I've noticed is that fewer things stress me out. We're of course lucky to have a healthy growing baby, but now that we know what to expect there isn't as much worry or obsession over growth, development, sleep, and all of the other variables that come with babies. I know he'll sleep eventually, I know he'll grow up to be some version of normal, and we'll do our best to keep him healthy and vaguely happy. And, yeah, while I want him to stay teeny forever I also will not be devastated at all when he can go more than 90 minutes without eating.