I think, besides learning to smile, that teaching Beck about food and eating (and eventually cooking) is my favorite part of babylife so far. Of course, it's great because I love food so much, but making things for my daughter, having her enjoy them, and gain weight because of them? Quite satisfying, and entertaining to watch if you follow me on Instagram. 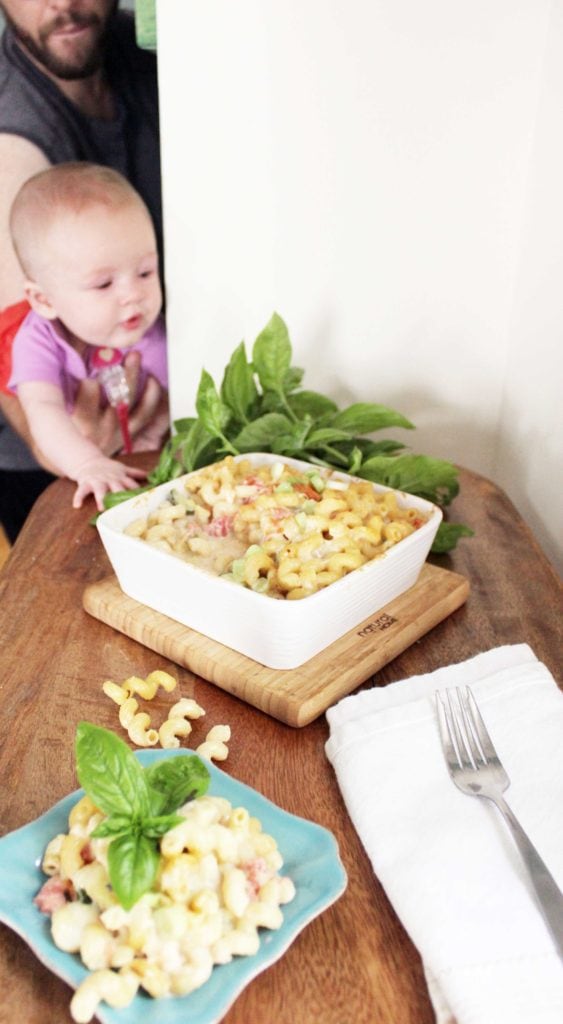 Per our ped's recommendation, we didn't start any real food until 6 months old. There is some new research that suggests that straight milk (breast or formula) is healthier for babies for the first 6 months and can lead to lower instances of obesity and diabetes later in life. Sold. So we did that, and then added vegan foods at 6 months, little bits of dairy at 7 months, and will start yogurt and little bits of meat (maybe a little ground chicken mixed into veggies, etc) around 9 months. Honey and milk will be the last foods introduced at 12 months, and then Beck will start cooking for herself because I've had enough. Those recommendations for when to start new things are fluid, of course, but are in line with most reading I've done and what our doctor said, so that's why we've chosen those milestones.

Originally I thought I'd go straight Baby-Led Weaning to save the step of purees, but around 6 months Beck stopped gaining much weight so we added solids with a spoon as well to ensure that she actually got some food in her face. BLW involves letting kids have at it with food but if nothing gets in their mouth, so be it, and that wasn't really the best option for us at the time. BUT, I still wanted Beck to have the sensory experience of playing with food, so I've made an effort to give her things just to play around with (Cheerios, soft fruits, teething crackers) so that she can work on her skills in areas besides opening her mouth and inhaling food faster than I can prepare it.

The other benefit to Baby-Led Throwing Shit On The Floor (can't we just call it straight-to-solids?) is that Beck is really excited by it. That little independent streak comes out and it keeps her straight up occupied for, like, 20 minutes at a time which is nice. I race around the kitchen or type furiously, she throws stuff around, the dog gets a snack, everyone wins!

My method for preparing foods for Beck is pretty simple: Cook and puree some stuff in small batches (4 baby servings or so), then mash up things on the fly with a fork that don't store as well like avocado or banana. When we are out she eats Cheerios and Plum Pouches

(because they go on sale the most often and I find them at wholesale prices at Thrive Market), and when we're at home or with one of our parents she eats the stuff I've prepared for her.

We don't use a lot of gear right now besides spoons, bibs, tupperware, and exactly one sippy cup. We have these Munchkin spoons and these OXO ones, and the OXO ones are our favorites by 1,938%, scientifically speaking. They have a gummy tip that doubles as a chew toy (can I call that if I'm giving it to my kid?) and seem to hold more food than the Munchkin ones. The edges of the Munchkin spoons also feel a little bit sharp to me, but Beck doesn't seem to mind so we use both depending on what is in the dishwasher.

I use the littlest tupperwares that I have for food storage, usually just the disposable Ziploc kind that I don't dispose of - they're perfectly fine to reuse, so I do! I did buy a 4-pack of these Munchkin silicone containers, and I love them, but mainly because they match and belong to Beck, which is super dumb.  I think the silicone means that you can freeze them and get the food out easily, but Beck eats so fast that I don't store anything for her in the freezer; it's gone within 3 days.  Also, while I like these little containers, they turned orange after their first encounter with carrots so....do with that what you will.  Food storage is food storage, imo, not necessarily something where you need to pay extra to have the baby version.

Bibs!  I love the Aden + Anais Burpy Bibs for the cute factor, but they're cloth so they have to be washed after every use unless something strange happens and we get really lucky.  I like these bibs to take out with us because they can be used as a bib and a wipe-up-after tool.  At home we use the JJ Cole (our pattern isn't being made anymore, but this is the bib) or OXO bibs with pouches, and, again, the OXO bib is the winner because the pouch is sturdy enough that it sticks out, so stuff actually gets in it.  The JJ Cole bibs have great patterns and were really affordable, but are totally flat so, while the pouch exists, it doesn't catch a ton of food.  Both of these bibs, though, are made with plastic so I wash them with my dish scrubber last thing at night and let them dry while we sleep.  Boom, no laundry.

As for quantity of food, Beck eats 3-4 times a day (solids, not nursing) and will eat ½ cup food or so at each meal plus some cheerios and/or crackers.  I don't measure too much what she eats, and right now she likes everything we've given her, and when she turns away or gets more interested in her surroundings we put it away.  We try a new food every week or so (more at the beginning when she hadn't tried many things and we wanted to grow her repertoire), and don't really take no for an answer.  I start meals with the new thing and give her bites, which usually ends with a weird surprised look.  If she turns away I give it at the next meal first.  If she only eats a few bites of the new thing I move on to stuff that I know she likes, and I usually end her meals with fruit, which are her favorite, because if I start with the sweet stuff it's game over for the veggies, duh.  She's never refused anything new for more than a day, and if she did we would try that much harder to get her to eat it.  I figure when she's 18 she can make her own food choices, right?  Right.  As my sister says, "she just doesn't like it today."  Preach.

So, those are our favs!  We're still delving into restaurant high chairs, because Beck really only just got good at sitting up for long periods of time recently, and those things are fine for toddlers with more body mass but really are dumb for babies, even those who can sit up great.  They rarely fit nicely up to the table, so how the baby is supposed to eat anything is beyond me.  So, we're working on that, which usually means holding Beck in our laps and feeding her pouch food until our food gets there, then sticking her in the chair with a hunk of bread that she gets everywhere but that holds her attention for 10 minutes while we eat.  It's an imperfect system, but we do what we can.

Stay tuned for baby recipes - that's the most fun part!