In case you missed it yesterday, our fav gear and kind of how we go about food with Beck. 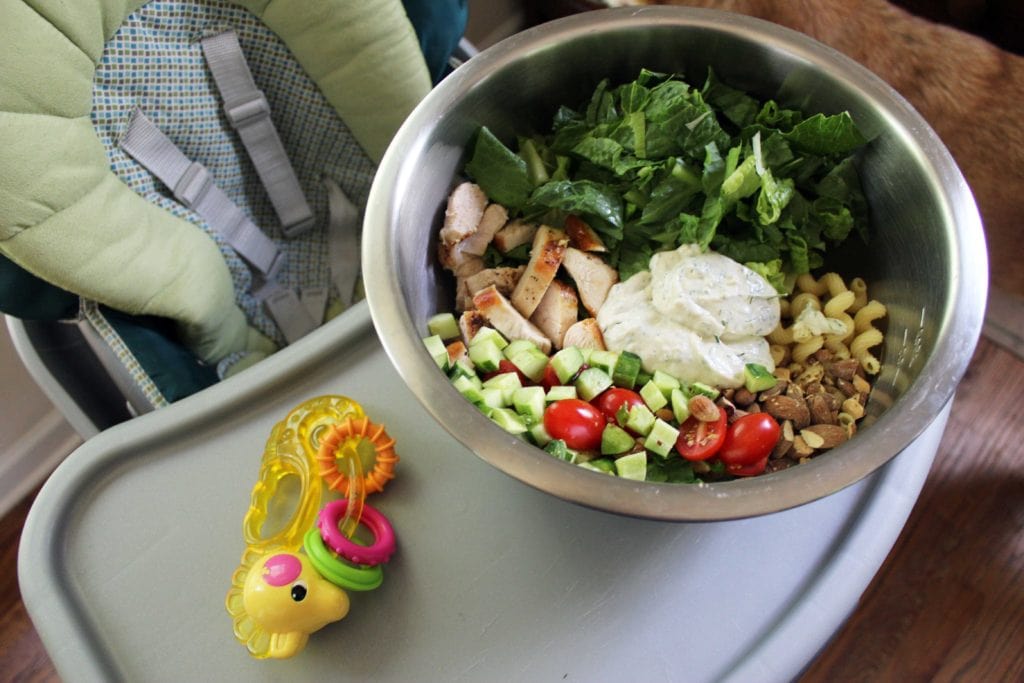 It is the day of baby food making!  I love it so much.  When we were planning how and what Beck would eat I knew I wanted to make as much stuff as possible for her for exactly one reason:  cost.  Cost to us, cost to the environment, all of the things.  Babies (at least ours) produce a crazy amount of trash with diapers, wipes, and OMG YOU GUYS THE PAPER TOWEL USE IS OUT OF CONTROL.  Baby food packaging just was going to add something to our output, so I really wanted to avoid that as much as possible.  Plus, baby food is so expensive, and throwing frozen peas in a blender seemed easy.  And it is!

I've kind of made a lot of this up as I've gone, and some things have worked and some haven't, but, behold, some of my lame cooking methods for Beck.

In general, I roast, steam, or microwave food for Beck.  Then I make the food smaller with a fork, food processor, or blender.  There are only a few things that I puree to death; even when I use the blender I try to leave some texture in the food so she starts to learn what food feels like in her mouth and work on chewing with her pitiful little gums, which is hugely entertaining to watch.  I do some raw foods like banana, peach, and avocado, and those I mash up on the fly so they don't turn brown sitting for days in the fridge.  My most recent hack is frozen bags of ANYTHING that can be microwaved, pureed, BOOM 5 little baby meals all at once.  I've found that Target and Publix put their store brands on sale a good bit, and Trader Joe's has good organic frozen stuff if that matters to you.  I also try to cook things that we are also going to eat so that I'm not making 1,923 random small plates per week (which I secretly love but don't have time for).  That has resulted in Beck eating more variety of foods since I just blend up whatever we're eating.  She also sometimes has garlic breath, which is incredibly unfortunate.

Another product I've experimented with is oatmeal cereal.  I bought a box of the Gerber stuff and sprinkled it on thinner foods to make them thick and add some calories.  After that box was gone I bought a box of quick-cooking steel cut oats.  I blended the entire canister until I had sort of an oatmeal flour.  Now I sprinkle THAT in thin or watery foods.  It has kind of a grainy texture, but Beck doesn't seem to mind at all and it is way cheaper than Gerber.

There are a lot of things that say ONLY give your baby unsalted plain vegetables, and when they like that they can have fruit and things with, you know, flavor.  I get the logic in that you want your kid to know what stuff tastes like, and there are a lot of things that Beck will eat plain, but, honestly, why?  She's eventually going to eat salty and sweet things, so I ignore that.  I also give her things with onion and garlic in it and she's lived so far.  One thing that I have noticed is that if I start a meal with fruit she'll be a little more hesitant on savory/salty stuff, so I kind of use fruit as a meal-ender to be sure she gets the veg too.

I would also like to notify you of a questionable parenting moment before we get below to the part where I try to be a good mom and make fresh healthy food for my kid.  I have decided that old food needs to be used up and I want to keep less nonperishables around, so we know what we have all the time, all that jazz, so in a fit of genius I pureed a can of beef and potato soup and fed it to Beck last week.  She loved it.  I felt bad slash resourceful.

Foods!  Here are some of Beck's favs and how I deal with them:

So.  Some of our favs so far.  We also give Beck bites of whatever we're eating just for kicks, and she hasn't turned her nose up at anything so far.  Last week she ate a whole tortilla at a restaurant which was phenomenal for grown up conversations, and also made me laugh because those teething crackers are ridiculously expensive and BECK HAS LEARNED TO FEED THEM TO THE DOGS.  Mother effer.