I made us ice cream.

It was my first time.  It was good. 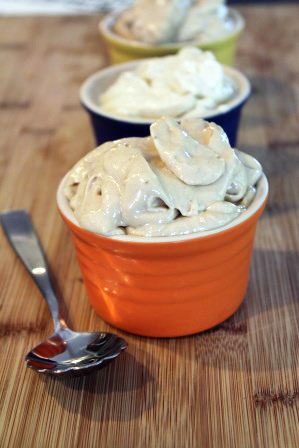 ANYWAY.  I just really couldn't figure out anything better to make for our last day of Vegan Week besides dessert.  It's been a great week!  I have lots more vegan ideas for us, so this is definitely not a one-time thing.

The ice cream, though.  You've heard about this, yes?  There's ONE ingredient.  It's bananas.  The ingredient, not the feeling of making the ice cream. 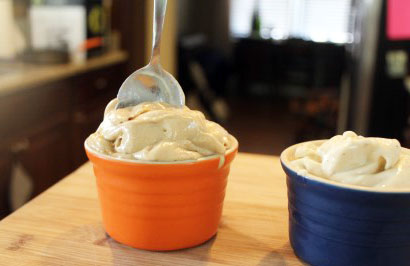 You blend it up, and BAM.  Ice cream.  Something about the composition of the fruit makes the pureed product really light and airy, like it's been whipped, and you can't tell that there's no cream or other additions in it.

I added some flavorings because I felt like it, but the plain version was delicious too.  Ice cream for breakfast! 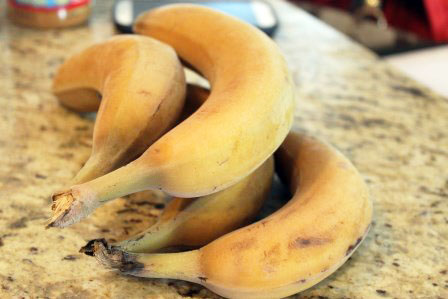 And flavorings.  I went with these two initially, and then realized that there was ½ teaspoon of fake-nutella left because SOMEONE WHO LIVES WITH ME AND ISN'T A DOG apparently ate it and put the jar back in the cabinet. 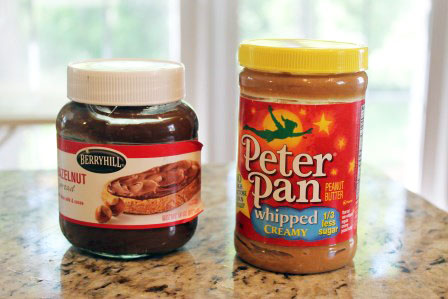 Whatever.  I think Nutella-flavored banana ice cream would be divine, but the ½ teaspoon of it with mostly peanut butter was REALLY good too.

I froze the bananas in their peel overnight, then microwaved them for 10 seconds each, cut off the ends, and made a slit down the middle and pulled away the peel.  I think it'd be even faster to freeze peeled banana segments, but I was scared about them browning in the freezer.  I'll try it that way next time and report back. 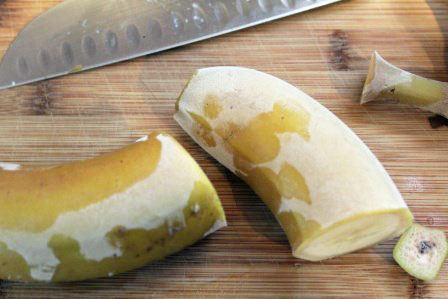 Then, you put frozen banana segments in a food processor or blender. 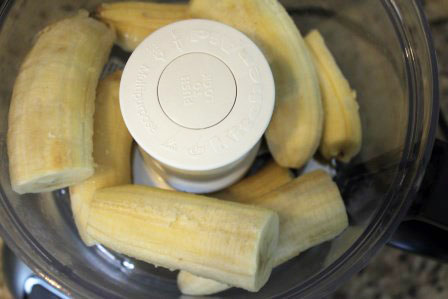 And whip them into smithereens. 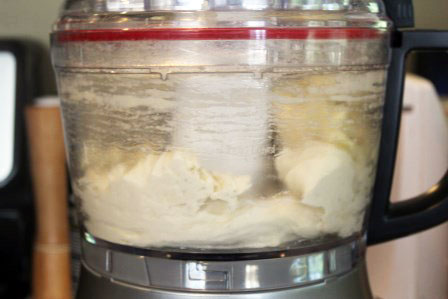 This takes awhile, and I think smaller chunks than what I had would have made things go a bit faster, but be patient - soon the bananas will become fluffy and super smooth and just magical.  It really is a great trick. 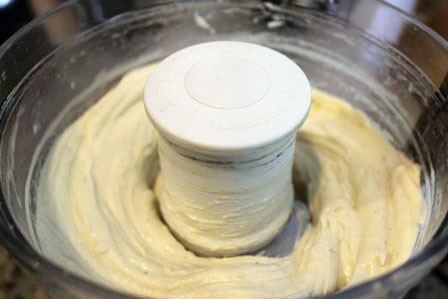 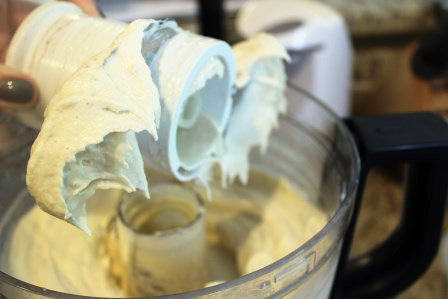 Now, for 4 bananas I added 2 tablespoons of peanut butter, then blended it again. 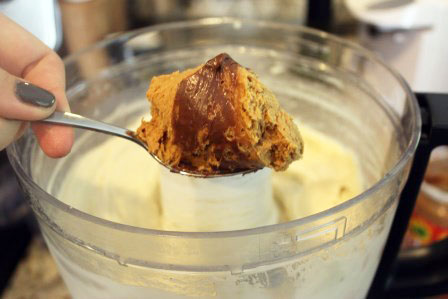 A slightly darker color, and a memory of how much I like peanut butter banana sandwiches was the result. 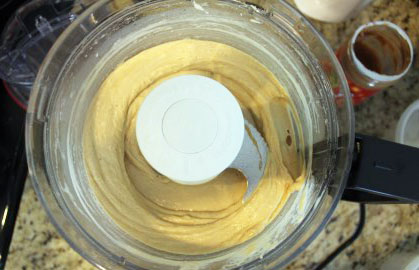 I served this plain - this is the regular version, and the peanut butter flavor is slightly darker!  I wanted both for comparison and because I'm indecisive. 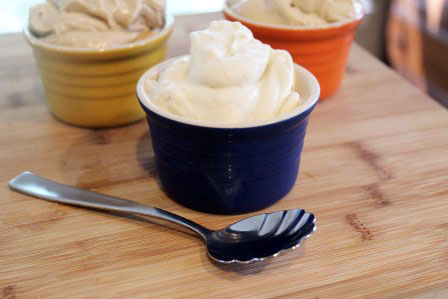 I ate this right away, and then froze some for later.  I like the right out of the processor method because the ice cream is SUPER soft but still frozen. After a while in the freezer it was hard and needed to sit awhile to soften. 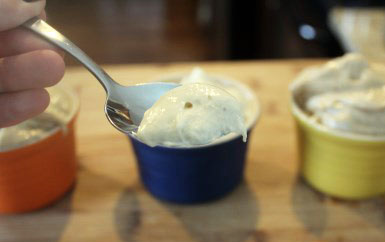 I have a feeling that honey and chopped nuts on top would be REALLY good.

This is delicious, guys.  Try it soon!  Store any leftovers in the freezer in a deli tub with a tight-fitting lid - it'll last awhile! 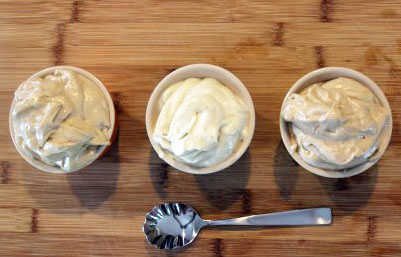 Enjoy this, guys.  It's a really fun, healthy treat that kind of doesn't taste all that healthy.

The peanut butter flavor was my favorite.  I can't stop thinking about it.  I might eat it for dinner tonight.

Have a great weekend, everyone!  Make this asap.  Trust me.