THIS IS THE START OF A  WEEKEND THAT WE CAN EAT TONS OF CRAPPY FOOD FOR SPORT. 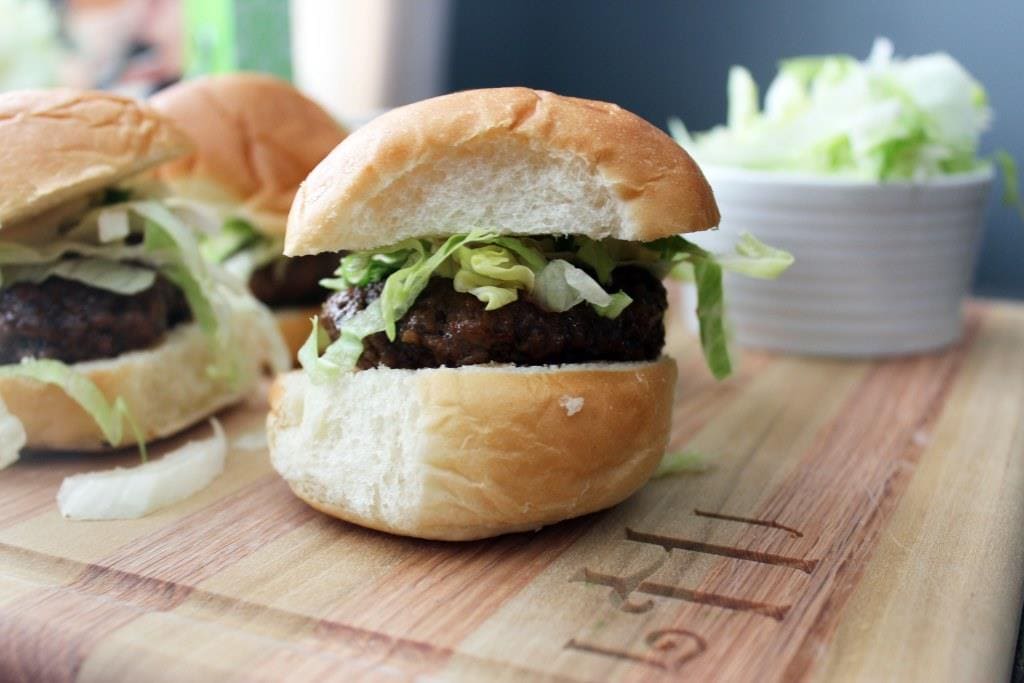 I mean really, is there much better?  You know the answer!  YES, it'd be better if we were eating crappy food with no negative effects on our bodies and also watching chick flicks.

But we can't have everything, can we?

This, though, is NEARLY everything.  Teriyaki sliders that are done start to finish in 30 minutes, maybe less.  SERIOUSLY.  The sauce is straight from Keiko Hayashi's Simple and Delicious Japanese Cooking, and the sliders are LEGIT.  The sauce is super simple and flavorful, and then we dunk burgers in it!  Like good Americans!

First, we're gonna start the sauce.  You can do this in advance, but you don't need to.  You'll need soy sauce, sugar, white wine or sake, and mirin.  Measurements are below!  Here's the key:  we make the teriyaki in the same pan we cook the sliders, so that they get glazey and sticky and sexy.  Is it sexy to be glazed and sticky?  Don't answer that.  The mirin is really the only weird-ish ingredient here, and I'm going to say buy it instead of trying to substitute. You just....need the flavor for the teriyaki to taste epic.  It'll set you back $4 or less so...cheaper than 1 dang burger in a restaurant. 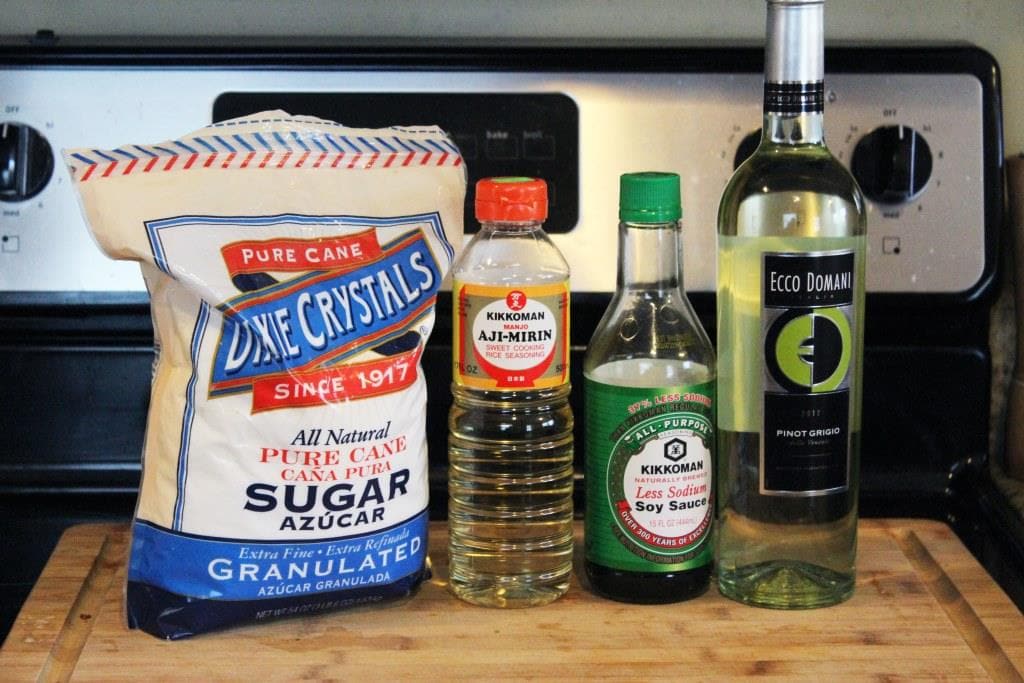 Measure the sauce ingredients into the skillet, and turn the heat to medium.  Stir every few minutes. 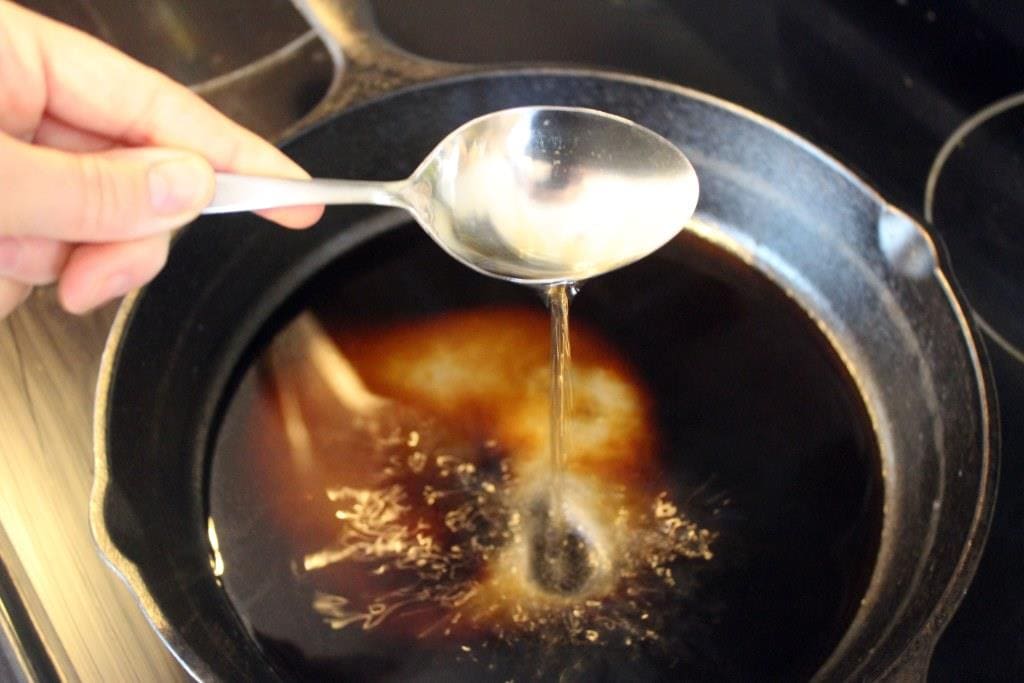 Let the sauce come to a bubble, and when the sugar is totally dissolved stir for 1 more minute. 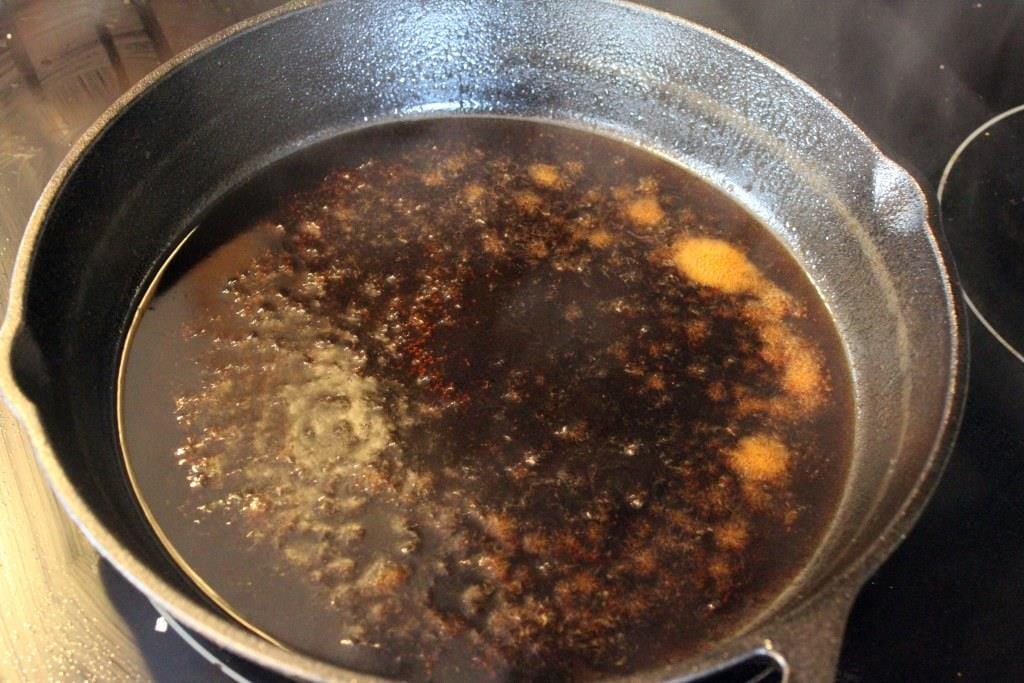 Then pour the sauce into a little dish for safekeeping.  Taste.  Yum.  Keep the pan on medium heat and drizzle in some olive oil so the sugar doesn't burn (unless you're making the sliders later, then turn the heat off and take the pan off the heat). 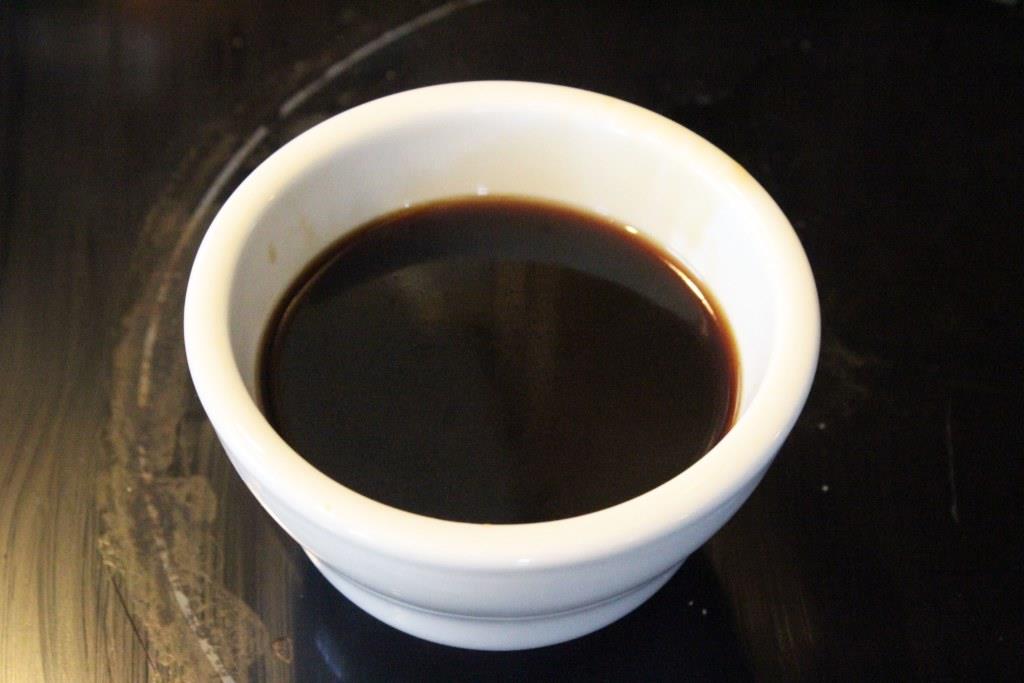 Now, burgers!  I made the patties while the sauce was cooking.  We're seasoning the meat with two things since the sauce has plenty of flavor and salt.  Worcestershire and Sriracha, or any other hot sauce you like. 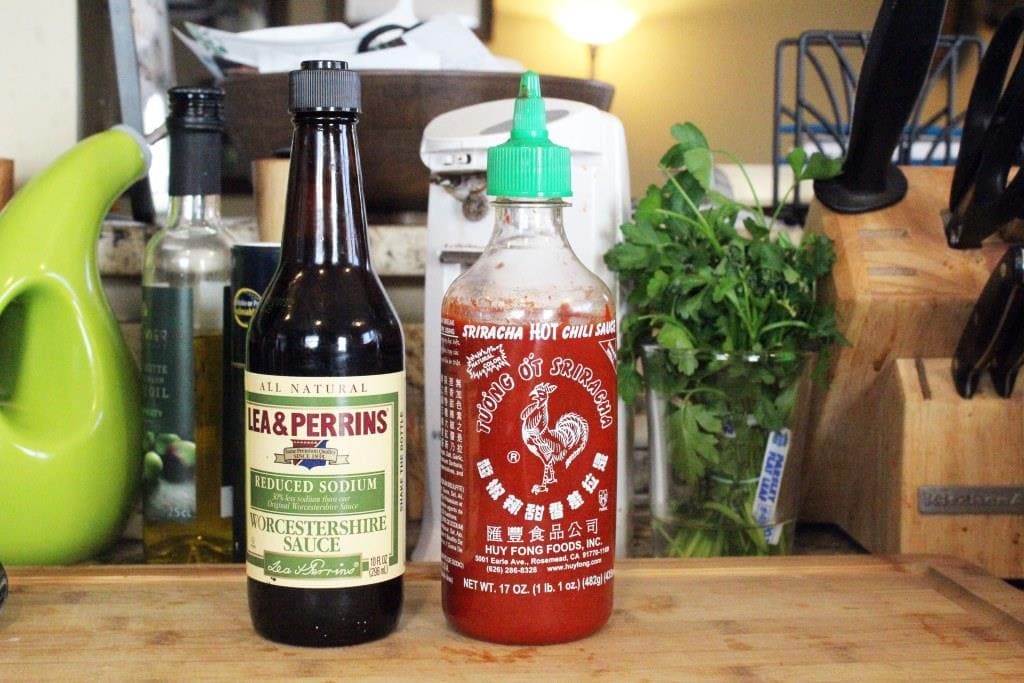 To a bowl, add the ground beef, Sriracha, and Worcestershire sauce.  I didn't use a ton of Sriracha, just enough for a liiiittle heat and the garlicky flavor it brings.  Add as much or as little as you'd like! 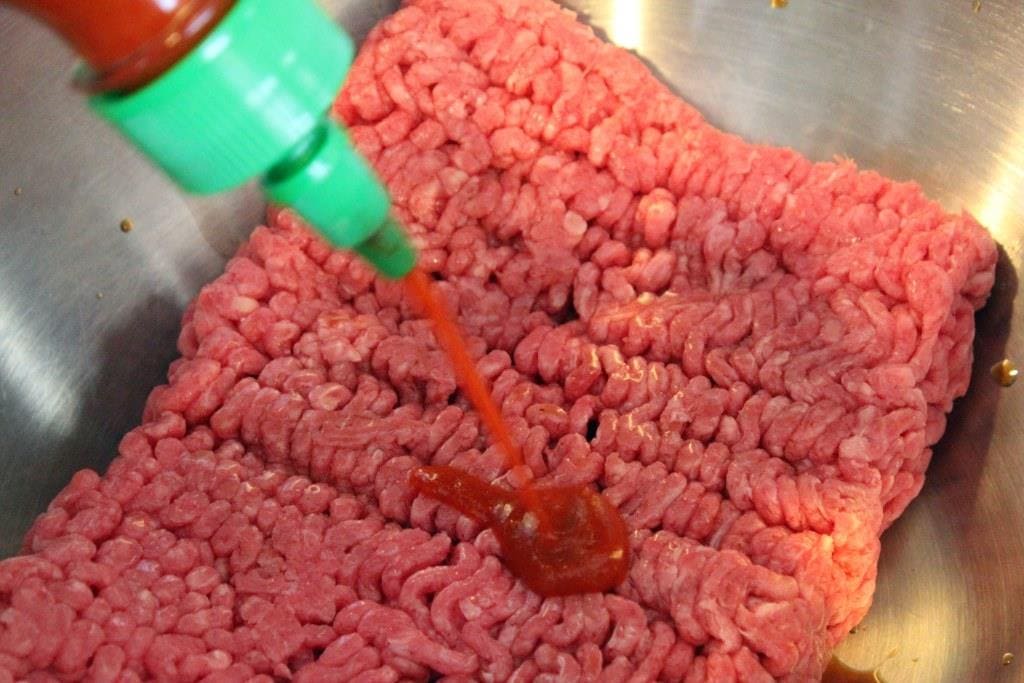 Now, form patties slightly larger than the slider buns you're using (since the meat will cook down a bit), and place them in the skillet you made the sauce with and then oiled.  Turn the heat up to medium-high.  Sizzle! 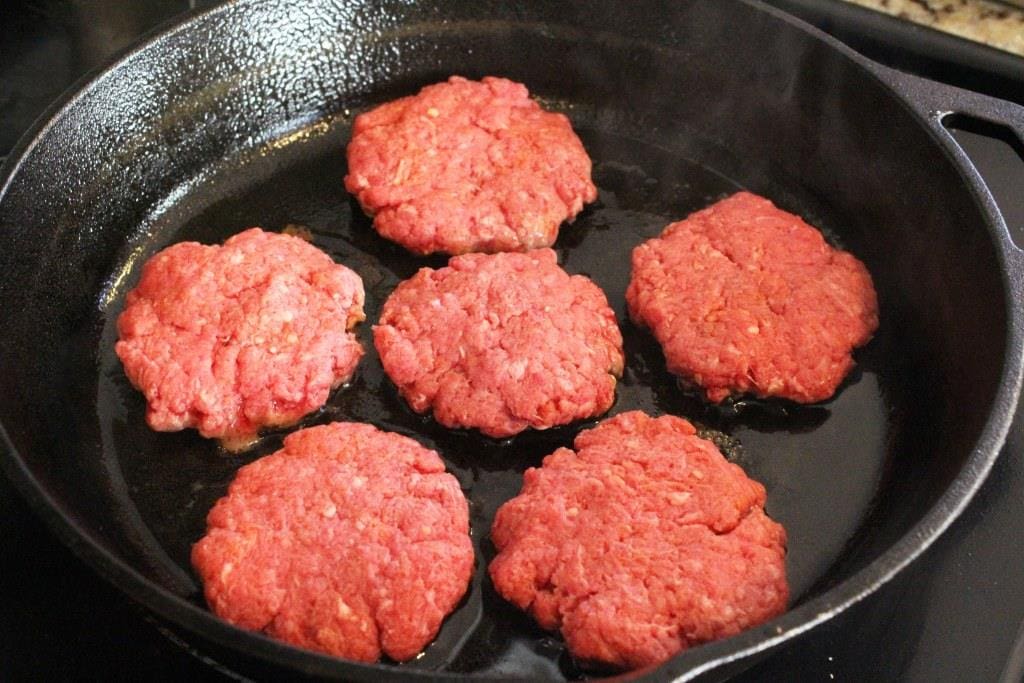 The sliders will only cook 3 minutes or so on each side in a hot pan.  While they cook, shred some lettuce or cabbage for toppings, and grab some buns.  I didn't toast 'em or ANYTHING, just burger + iceberg + teriyaki.  You can add extra toppings, but they aren't really needed here. 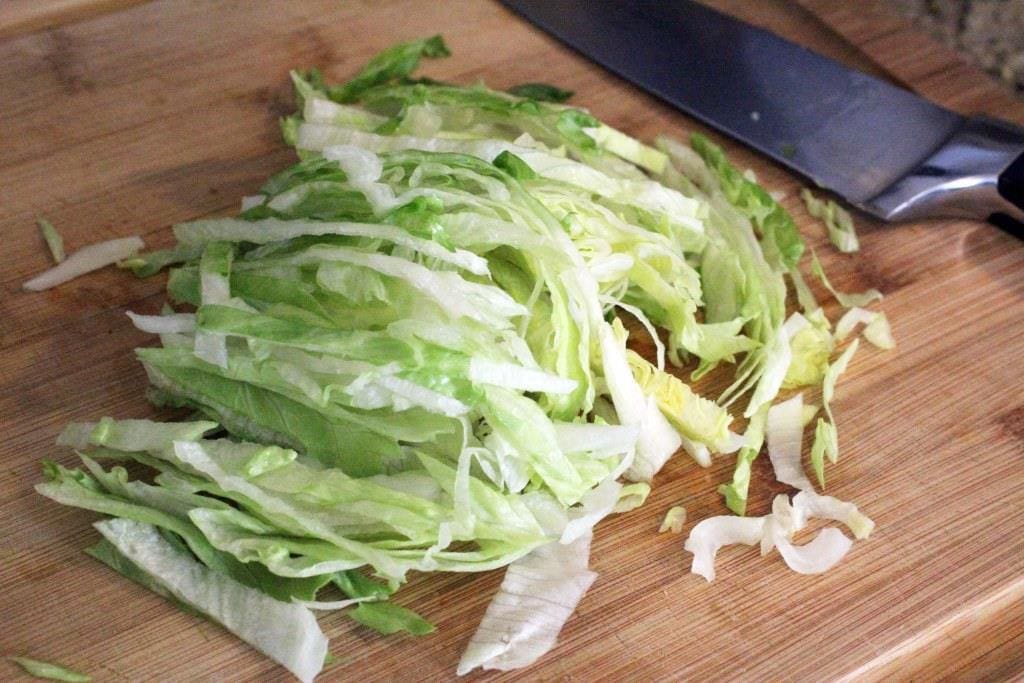 When the sliders have cooked for 2-4 minutes on the first side, flip one to see if it's brown - if it is, flip the sliders!  If not, let 'em go for another minute or so to get that nice sear.  I'm not a huge fan of rare burgers because there's a lot higher chance of contamination in the meat (due to the added surface area), and sliders are hard to keep pink in the center because they're so thin, so I work more on caramelizing the outside than worrying about a pink center on these guys.

As soon as you flip the sliders, add in about 3 tablespoons of the sauce - enough to coat the bottom of the pan in a thin layer.  Let the burgers cook for 2 minutes in the sauce, then flip them around to really coat - the sauce will bubble and thicken around the burgers.  That's a good thing! 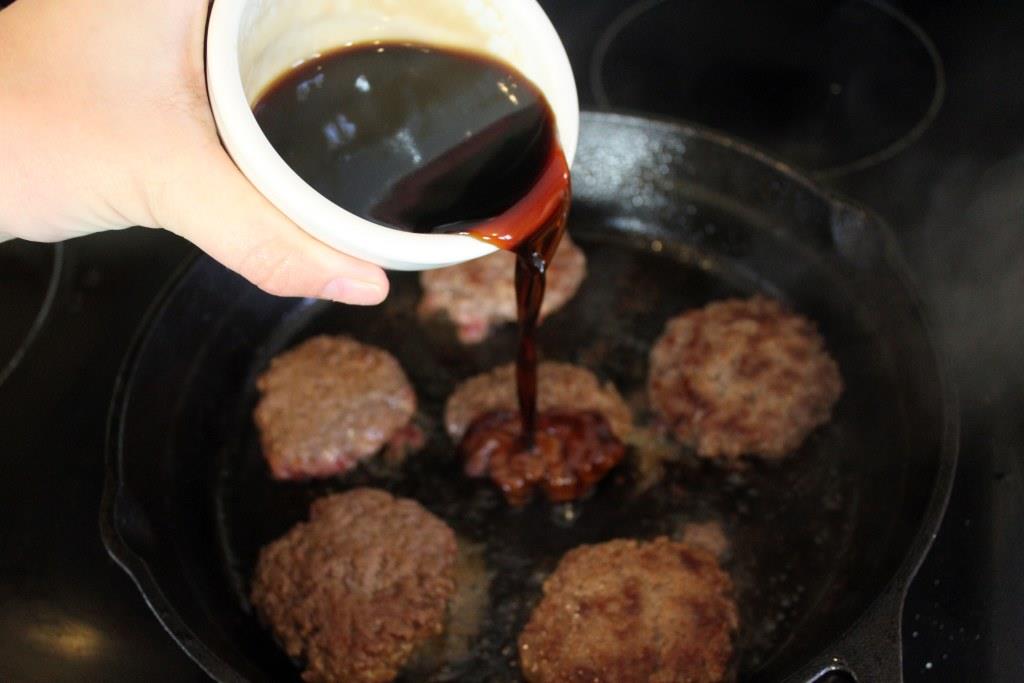 Now we build.  Burger, lettuce, bun.  Extra teriyaki sauce drizzled over the lettuce if you'd like, or a dot of Sirracha for heat.  I tried both, and YES.  Do one or both of those things on each slider.  You're welcome for the hard work I do for you.

This sauce recipe makes enough for 2 pounds of meat, so increase or decrease the amounts as needed for your needs! 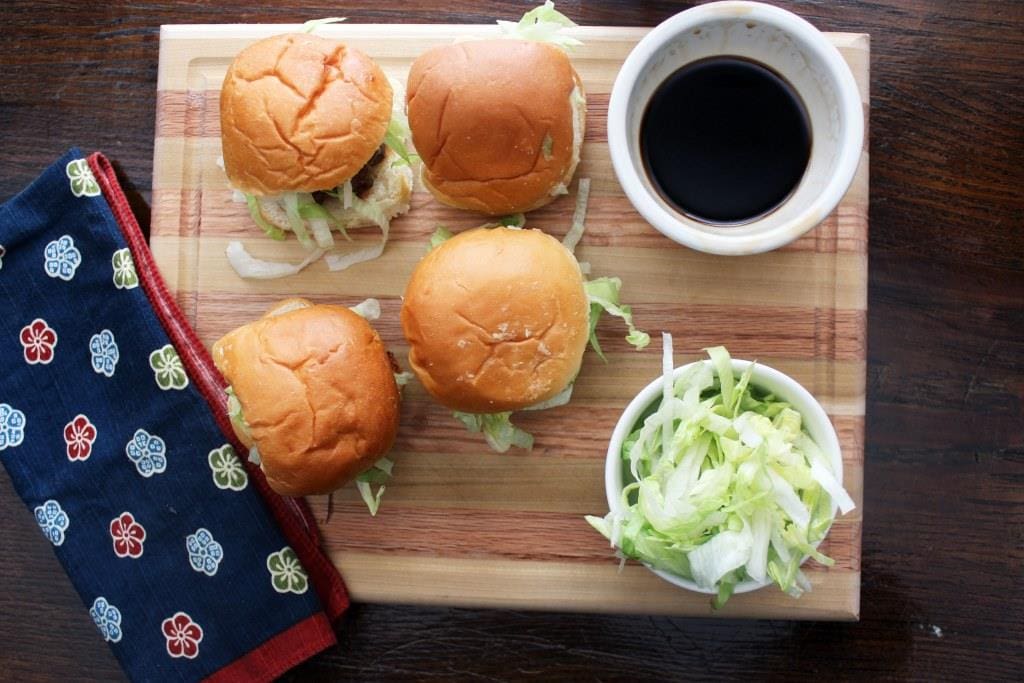 The flavors here, friends, are GREAT.  These are incredibly simple but the sauce (which can be used on anything, btw) is really delicious, and it's a nice changeup to a normal gameday staple.  Make these this weekend and ENJOY. 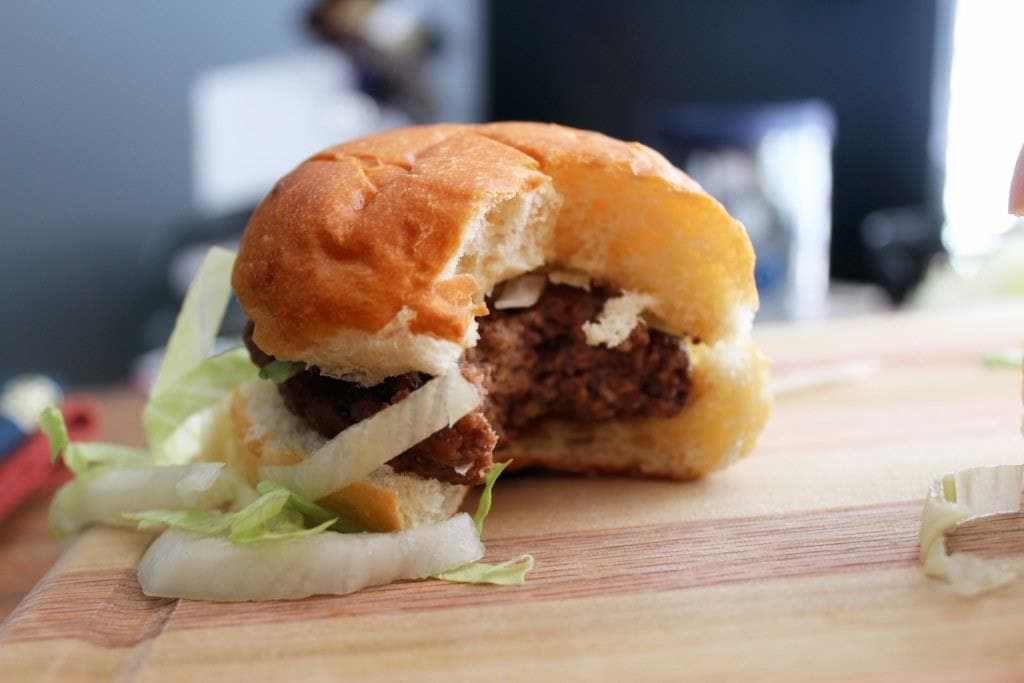 In other news, LOOK at this photography!  Inspired.  Or not.  Go home slider, you're drunk. 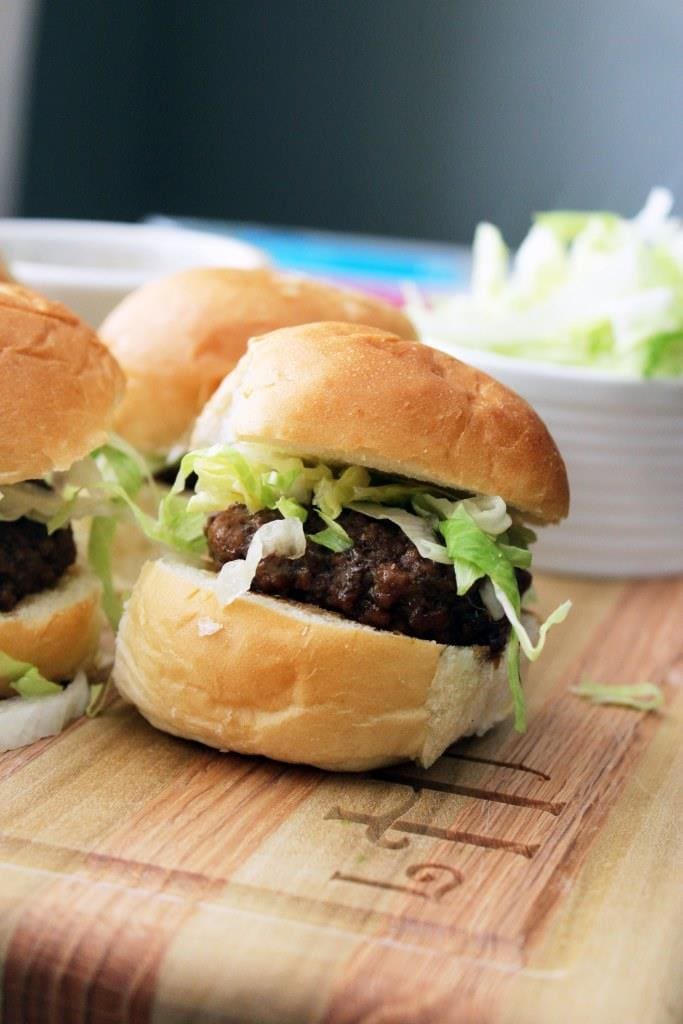