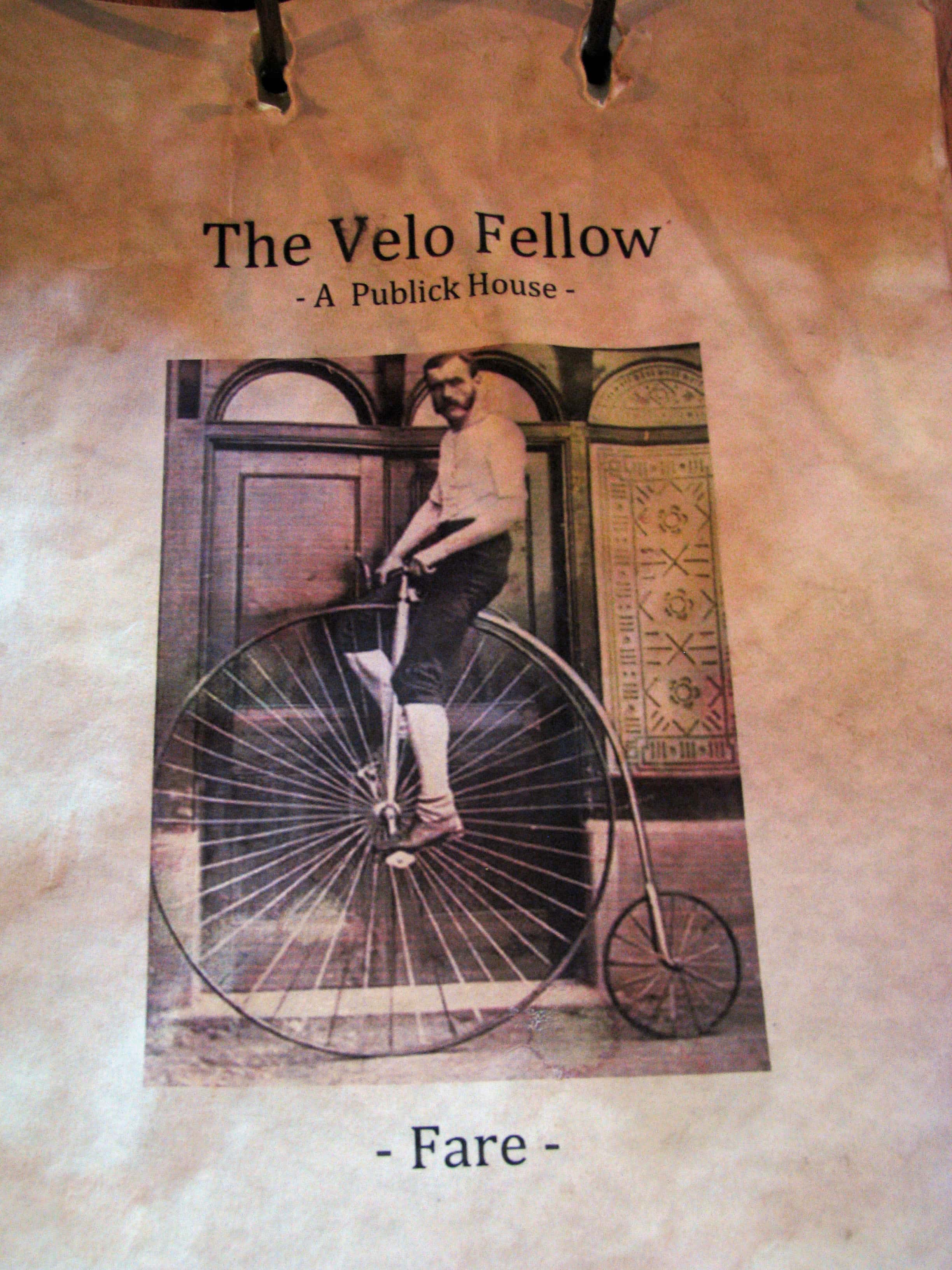 When you open the doors to the Velo Fellow you step into a quite, cozy and dimly lit room with a hodgepodge of antique chairs, old artroom work tables, and the feeling that you’re not in your average Greenville, South Carolina restaurant/bar. The Velo Fellow is a throw back to the old publick houses of the United Kingdom (at least that’s what my English friend Gary says). 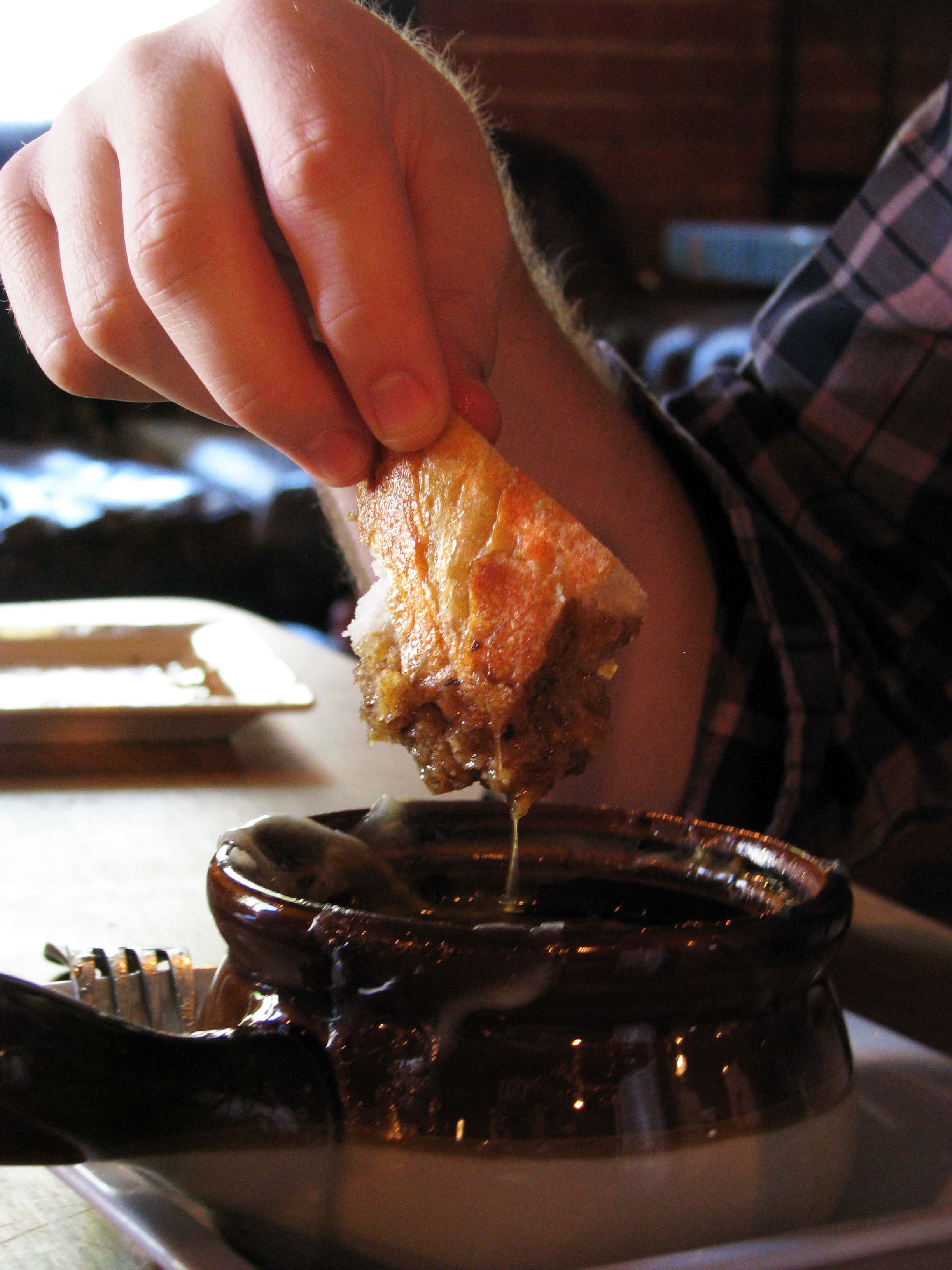 My buddy Adam and I stumbled into the Velo Fellow one afternoon for a pint and a bowl of French Onion soup. We were both impressed by the soup and their quality beer selection. The soup was heavy on cheese and pepper, which makes it kick ass and it comes with a delicious hunk of bread the size of your head. The beer selection is large, but it’s quality and we all know quality is what’s important…not size (right Lindsay….RIGHT!?!!).

Since Adam’s and my maiden voyage, Lindsay and I have returned several times to enjoy several different items on their menu. The Velo Fellow’s Fried Green Tomatoes are impressive. FGT often get overplayed in the South, because they are such a staple on so many restaurants’ menus but these ‘maters are the size of hubcaps and could feed an army. You get 6 extra crispy, saucer-sized slices of fruit that come served with a mound of house-made pimiento cheese. 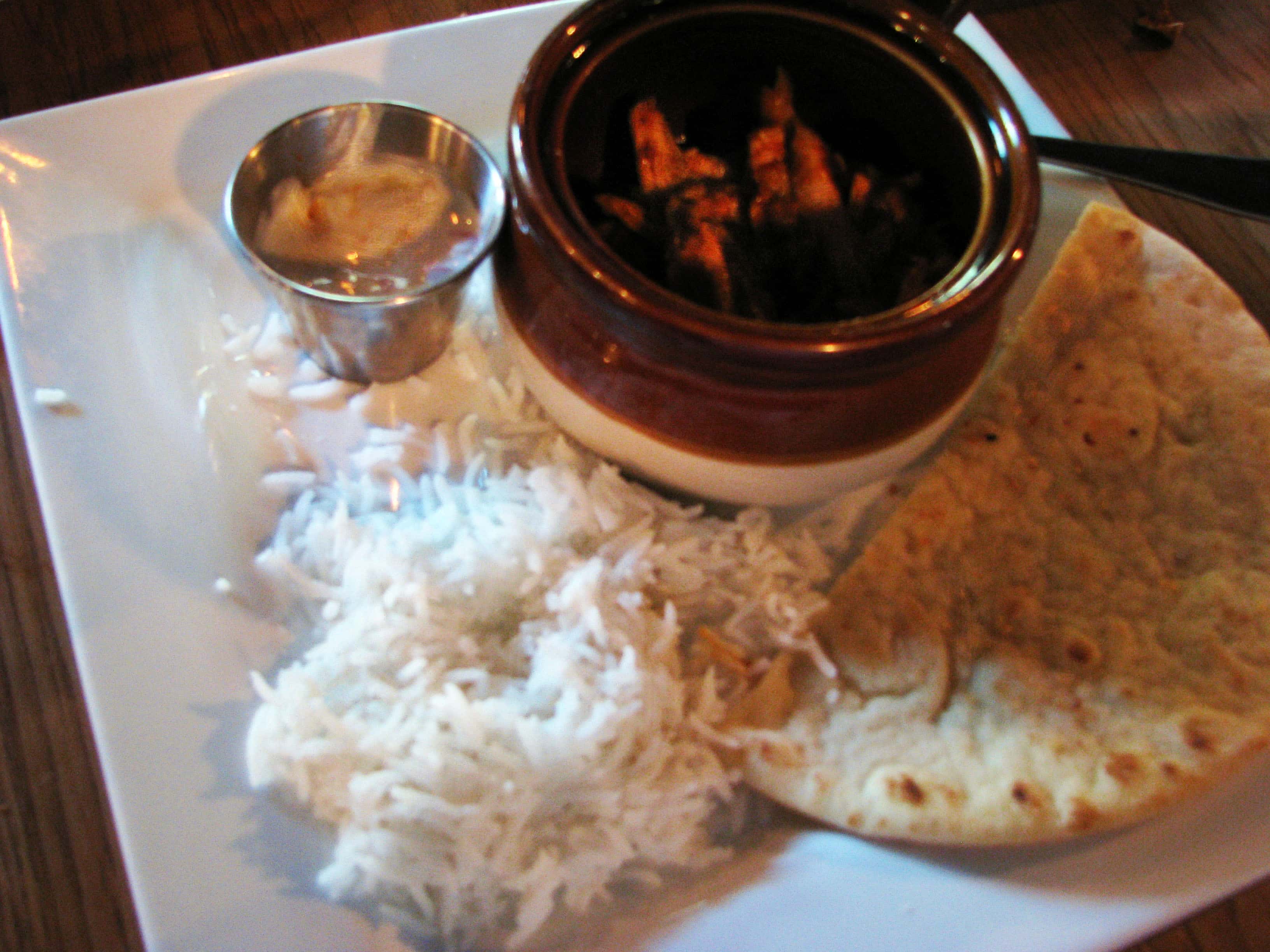 Like any good traditional pub (once again, according the English Gary), the Velo Fellow always has a Middle-Eastern option on the menu. Lindsay and her mom got this last weekend when we went out for Mama’s 30th Birthday (just play along with it…we do), and it was really good. Not too spicy and it even had a little sweet BBQ finish to it. The Middle Eastern feature is served with massive crackers and chili sauce to start, and rice and pita bread with the entree. We also got some fried pickles and falafel. Both were great. We’ve also had the pressed flatbread sandwiches. You can mix and match meats, cheeses and other toppings. It’s very simple and very tasty. We have yet to have something off their menu that isn’t delicious.

The beers we’ve had so far have also been great. Murphy’s Irish Stout, Wersteiner Ludwig Weiss, Coney Island Pilsner, and Ommegang Rare Vos. They have a nice collection of bottles, but we’ve never ventured off the draft path with the exception of Lindsay and her Mom’s cider, which was delicious and refreshing paired with their spicy Indian food. 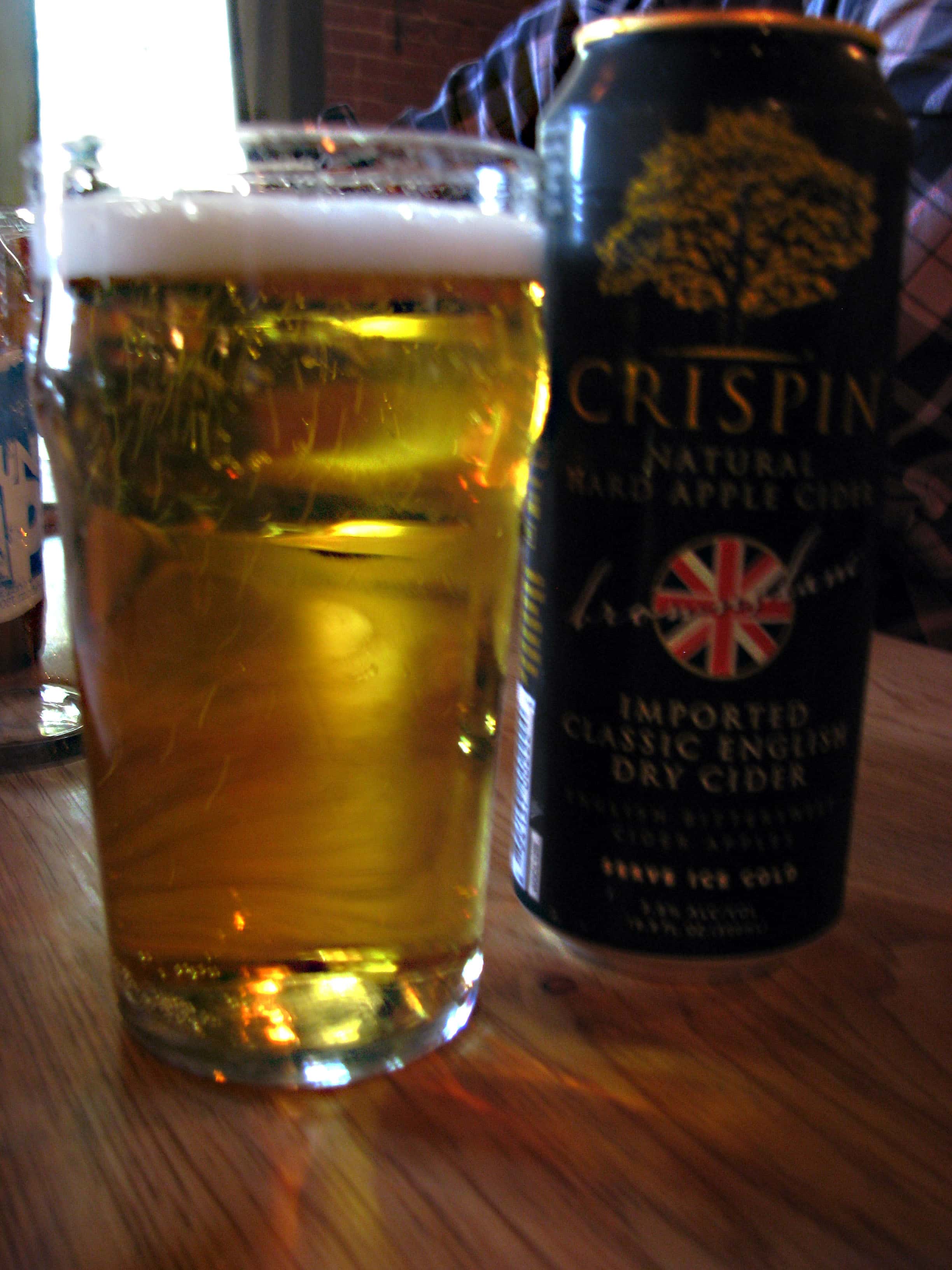 I could do some serious drinking in this bar. It’s got good music (not Top 40, country radio, piss in my ear crap) and it’s not played too loud. You can carry on a conversation while getting drunk (god I sound old)! The staff has been friendly EVERY time and they’ve even hooked us up with a free slice of pumpkin pie because of our “long” wait (it was 5 minutes, tops). And probably the best part of the entire pub is the fact that they have FREE shuffleboard. Yes, that ridiculous cruise ship game. It’s so much fun to hurl heavy objects towards a friend while drinking - what’s the worst that could happen? In addition to fun bar games, good food, and quality brews, the Velo Fellow employs some lively characters. While friendly and helpful, they are VERY hipster and I love it. Alex was our server last time and he looked like he was an extra in Trainspotting. He had on skinny jeans with suspenders and a stripped t-shirt. While I would never be caught dead in public in that outfit, it suited him perfectly and in an odd way enhanced my dinning experience because when your server looks like an extra from Trainspotting you really do feel like you’re in a pub in the south end of London (or wherever Gary said he drinks).

You can click here to see their full menu - you'll want to try everything!