Anyway, this sandwich.  It's totally standard, but I really like the use of mayo in place of butter for the bread.  It adds a nice crispiness and saltiness, and I like that it doesn't sog up the bread like butter sometimes can.

For this, you need bread, American Cheese, a large tomato (or just half of one, really), mozzarella cheese, mayo, and salt and pepper.  Basil would be a great addition if you're feeling fancy!  I was not. 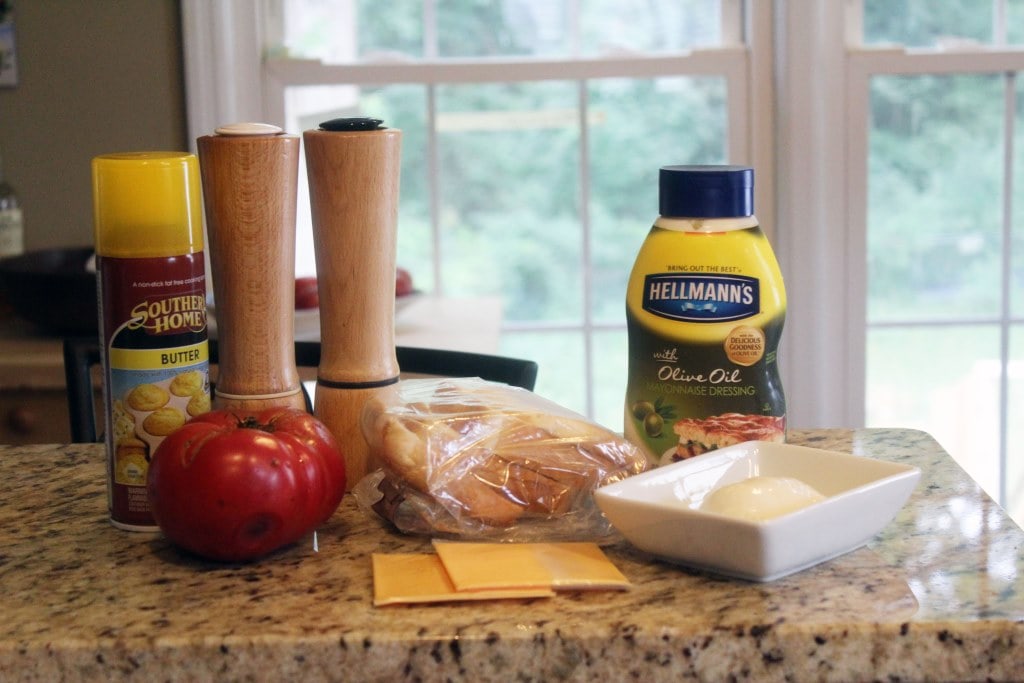 Also.  As way of confession, I actually made these with grilled tomatoes. I grilled the tomatoes and the bread, and the tomatoes fell apart in a watery mess, and were ugly.

So, don't grill the tomatoes.  It won't work and they'll fall apart in a watery mess and be ugly.  Just slice 'em thin, and they'll work beautifully. 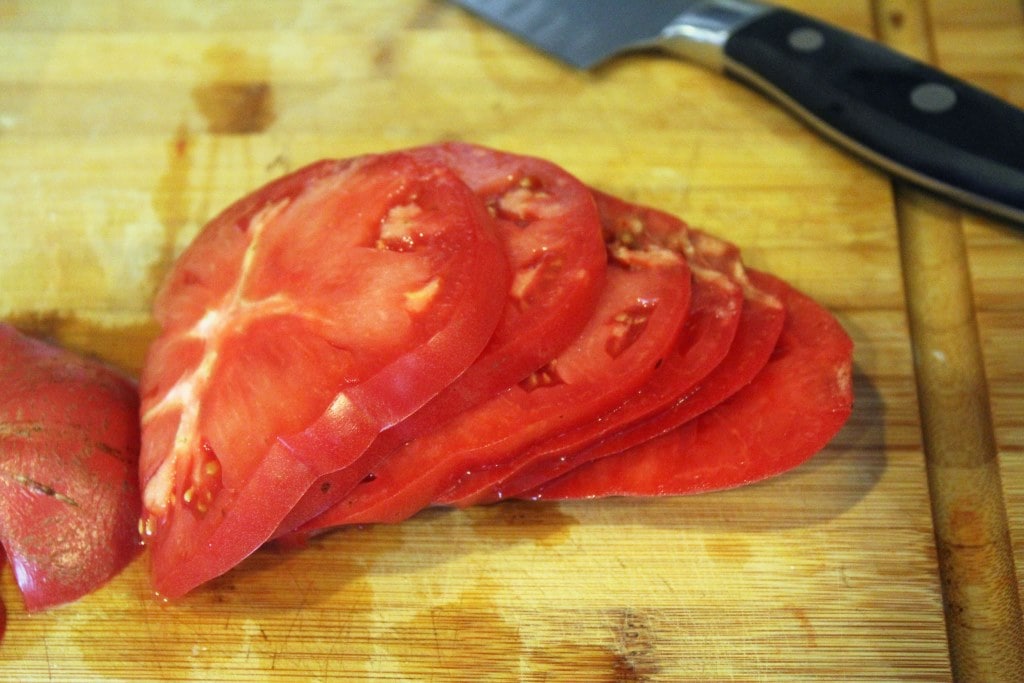 On the bread, I love thick-cut white bread, but pick a bread that you love for this!  Smear BOTH sides of the bread with a thin layer of mayo, all the way out to the edges, and slice the cheese if it isn't sliced already. 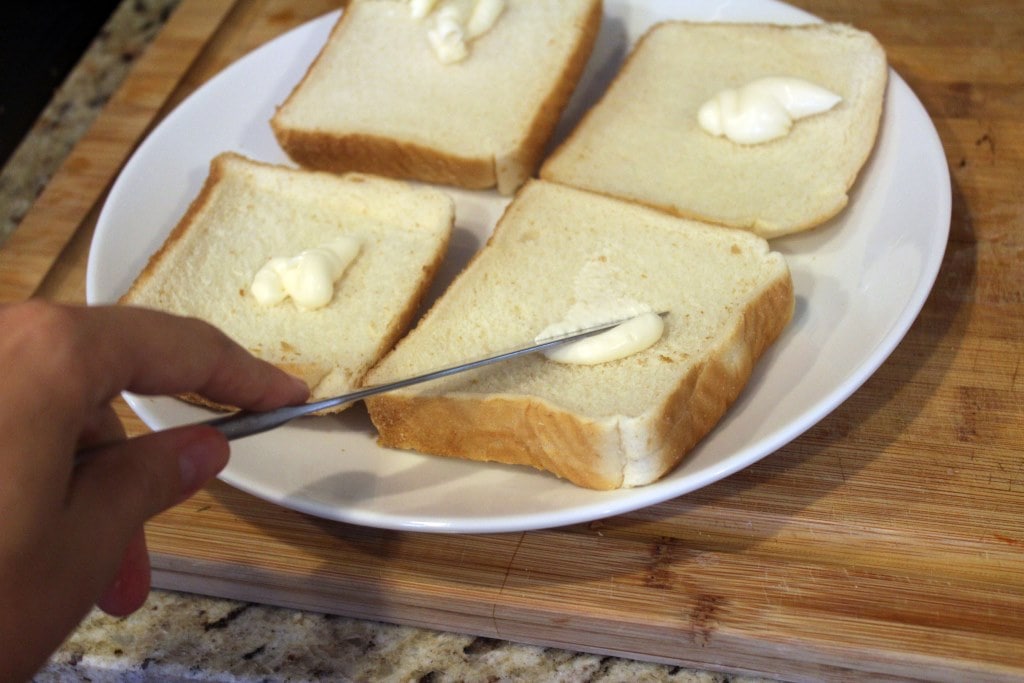 Then, we're going to grill the bread on both sides to help the sandwiches not collapse into a tomato-y gooey mess.  Ew.  Over medium heat, grill the bread on one side until it's toasty and has nice grill marks, then flip it over. 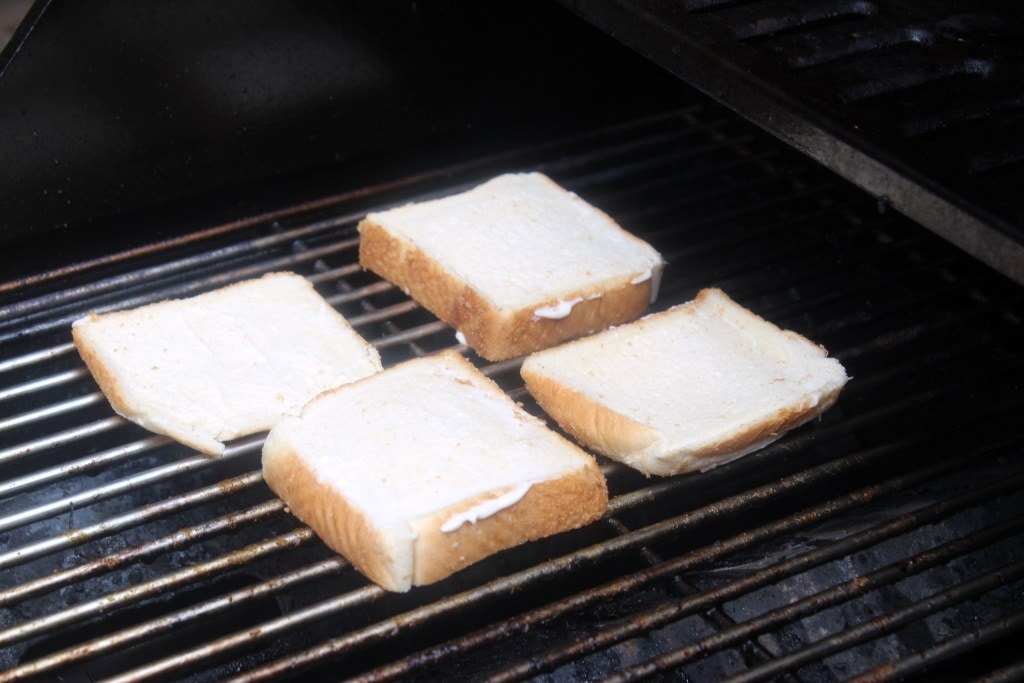 While the second side is grilling, put sandwich fillings on HALF the bread.  A slice of American... 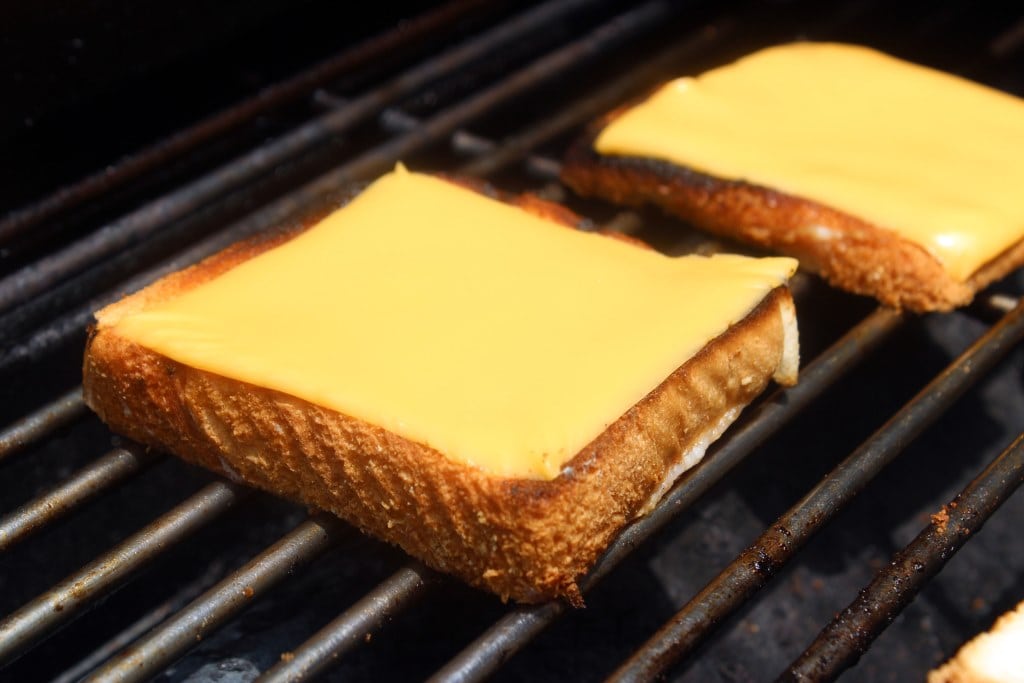 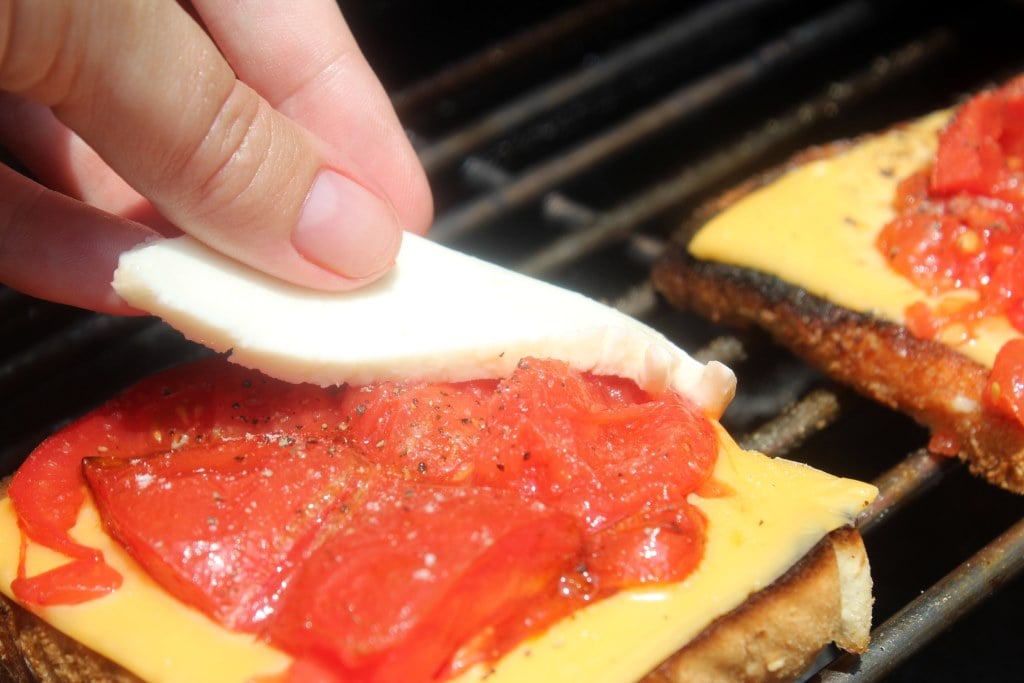 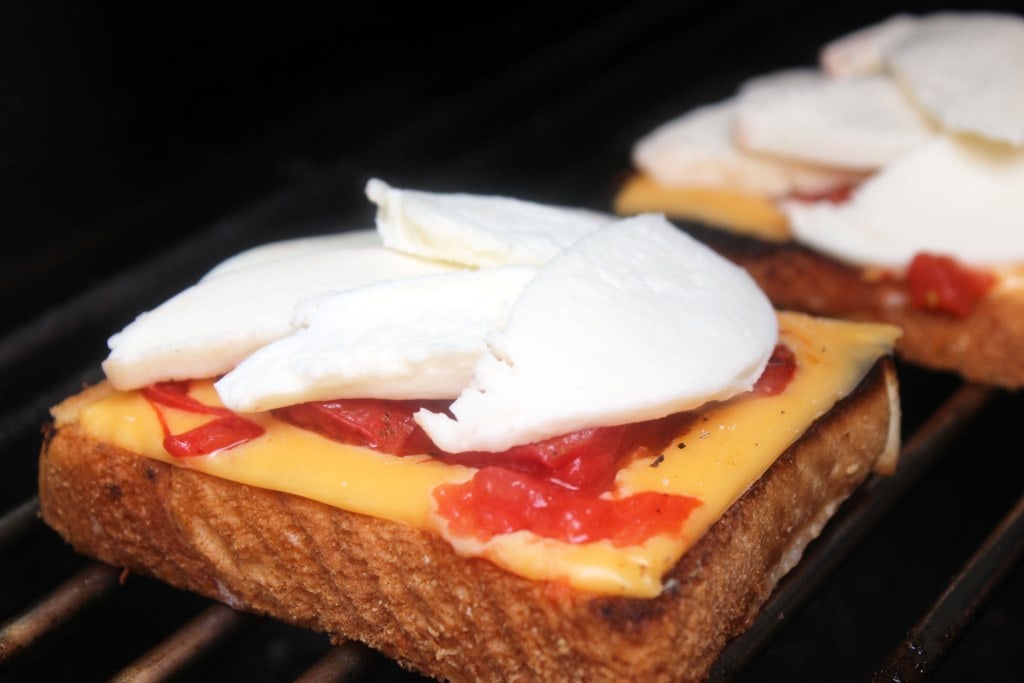 Then, top the mozz with another piece of bread.  Yay!

Turn the sandwich one or two more times if needed to get most of the cheese melted.  Let the sandwich rest for a minute or two off the grill - if you cut it right away all the cheese will ooze out and you might cry.  DON'T CRY!  It'll be fine. 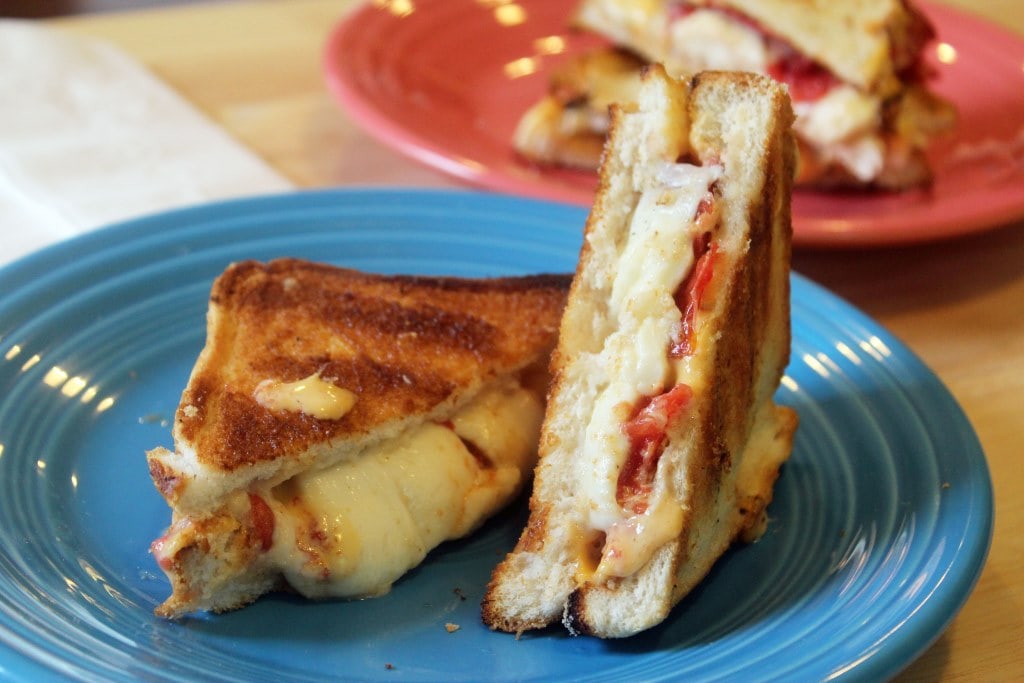 Look  at THAT! There's something about the fresh tomato that cuts through the fatty cheese and carby bread so beautifully.

These are simple but really good, and the fresh mozz.....well.  It's fancy!  So, these are fancy grilled cheese sandwiches. 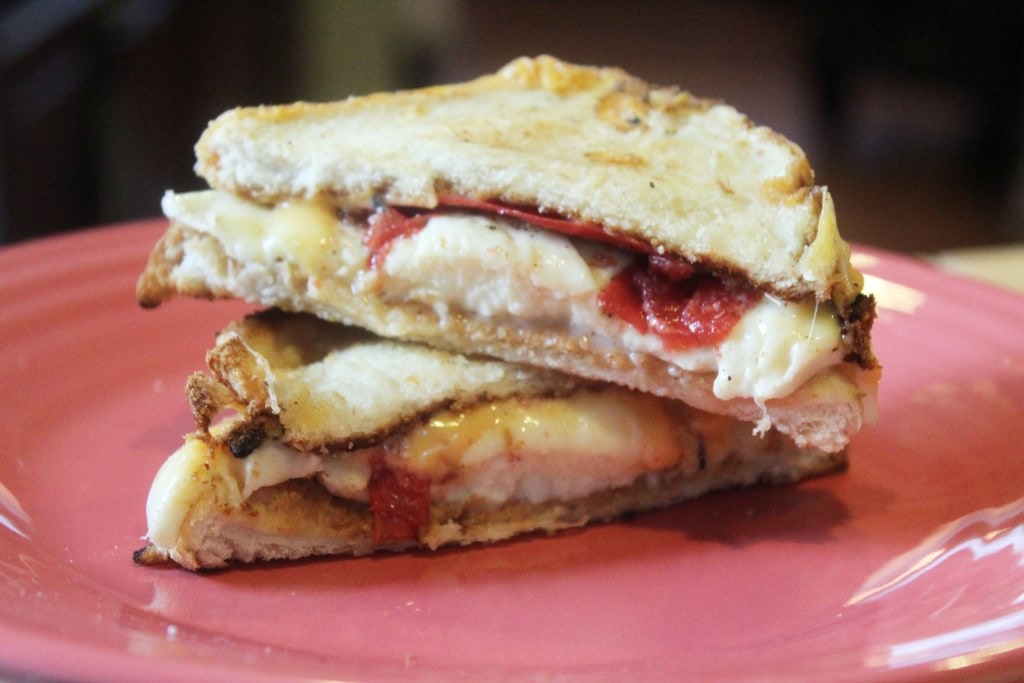 Shared with my girls at Weekend Potluck!
« A Tiny Brag
Avowed »