I have accidentally photographed a few vegetarian or vegan soups all with Asian flair. 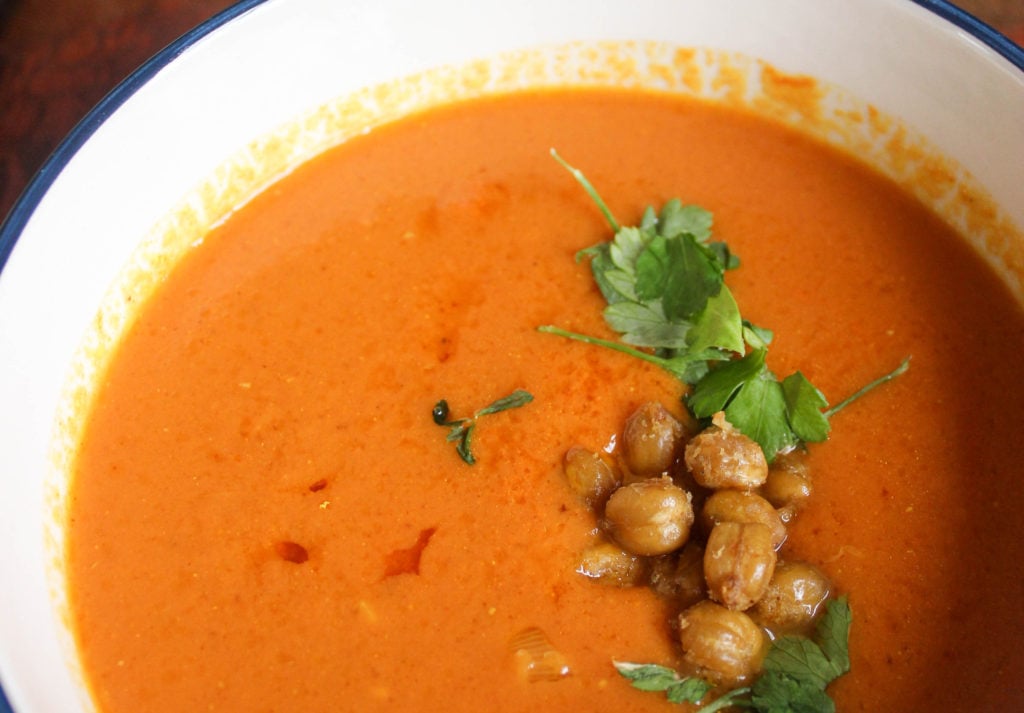 I'm sorry?  I'm having a moment and you're involved?  I would say that I'm trying to lose weight but dunking everything with excessive amounts of naan would give me away?

I saw something like this on one of the myriad food blogs I read (I don't know if that's how to use that word, I've been staring at it for awhile), and it sounded so....cozy.  Tomato soup but with curry.  The one I read had a butter base and no chick peas, but the curry/tomato combo has been on my mind ever since.  But!  It didn't feel like enough (you're like, this is why you're fat) for a meal, and I don't ever eat soup as a side dish - who has time for that?  Croutons are a natural accompaniment, but chick peas + curry are even MORE natural, so we basically have a super smooth slightly creamy soup (from coconut milk!) with chick peas that act like croutons.

I also enjoy soups like this that use things you definitely probably likely already own.  You can make this today!  For Meatless Monday!  It's an onion and garlic base, then tomatoes and curry and coconut milk.  The chick peas are roasted with garlic powder, onion powder, and cumin.  Olive oil and salt really should be in your house already.  Boom.

First, start the chick peas.  Toss them (drained) with olive oil, salt, and the spices in a bowl.  Preheat the oven to 350F. 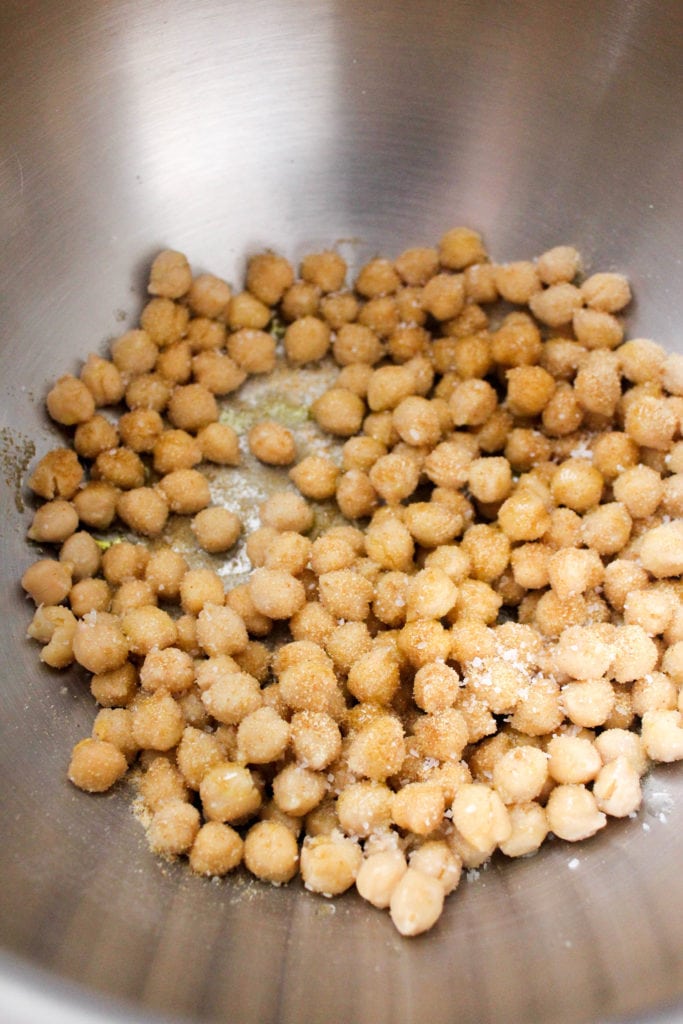 Arrange the chick peas on a small baking sheet, then roast them for 25-35 minutes until they're golden and crispy at the edges. 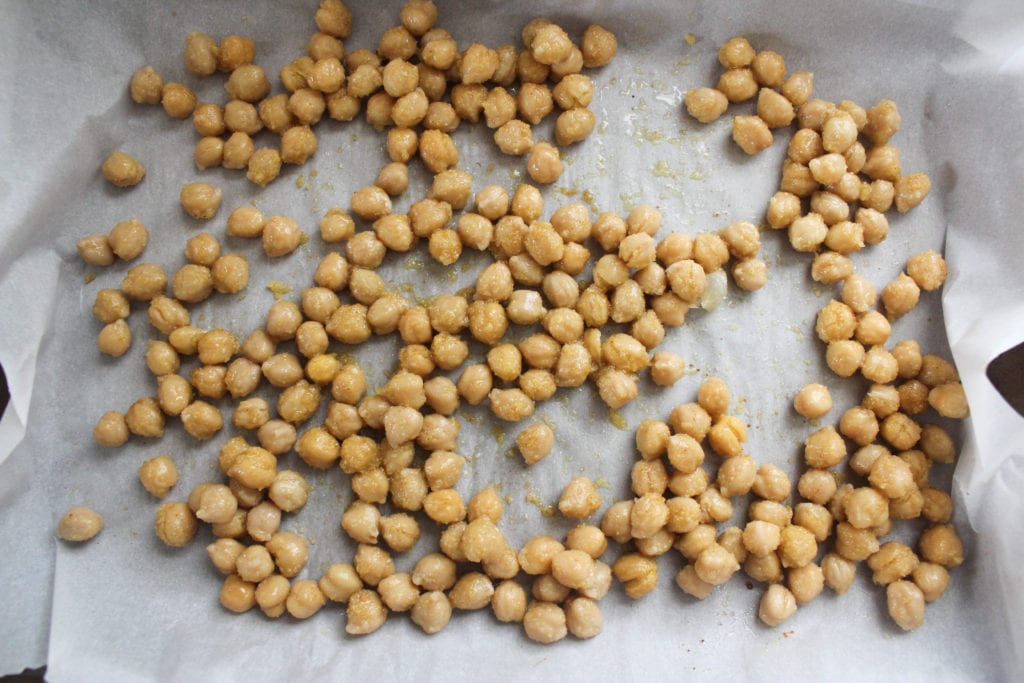 This could also serve as your new favorite snack. 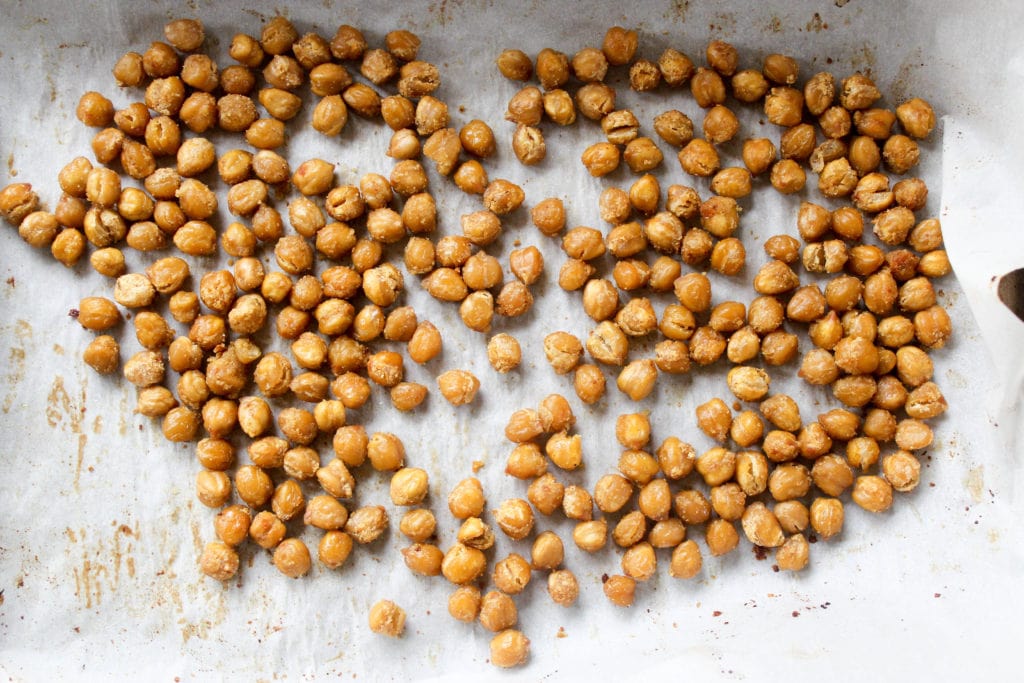 While the chick peas are working, make the soup. 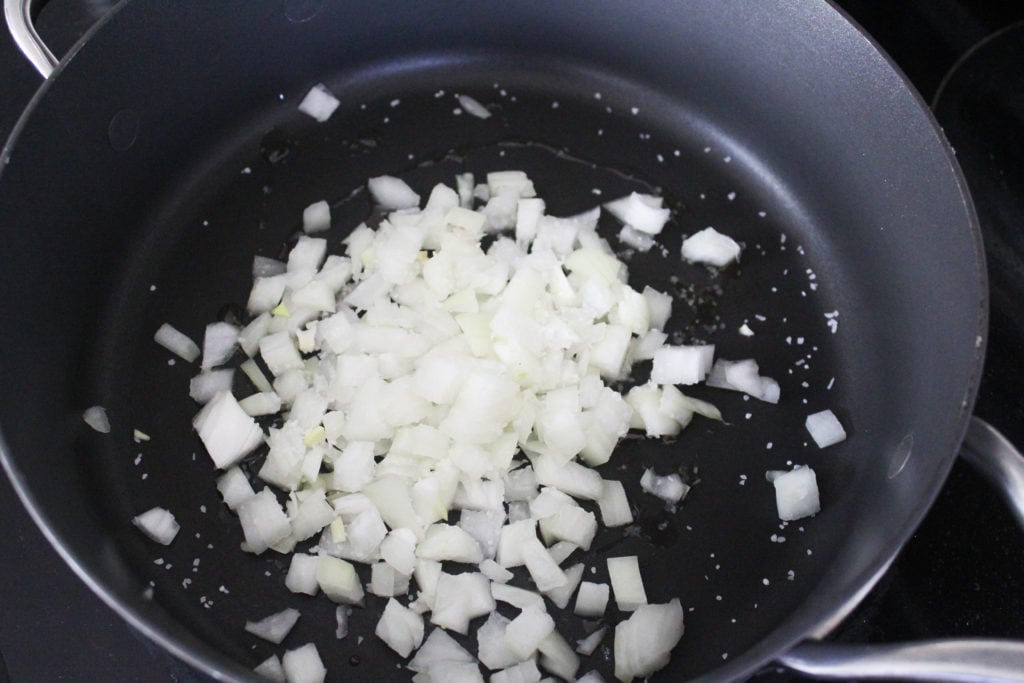 In a soup pot (2 quarts or so, nothing massive), saute the garlic, onion, and a pinch of salt in a drizzle of olive oil for about 5 minutes until the veggies are soft but not brown. 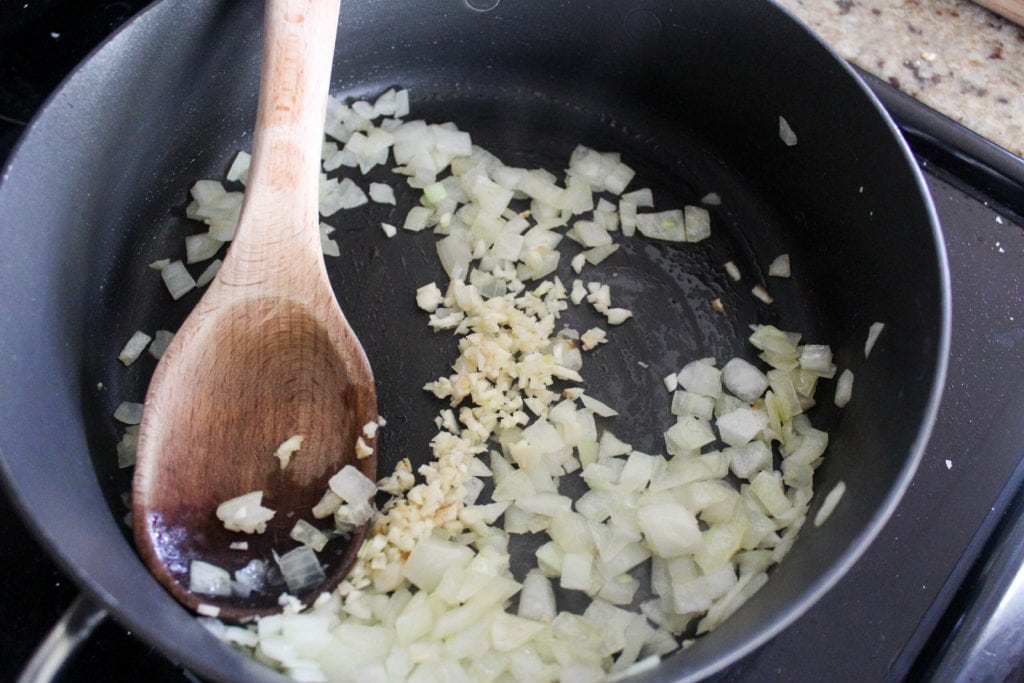 Add the tomatoes, curry powder, and the onion mixture to a blender. 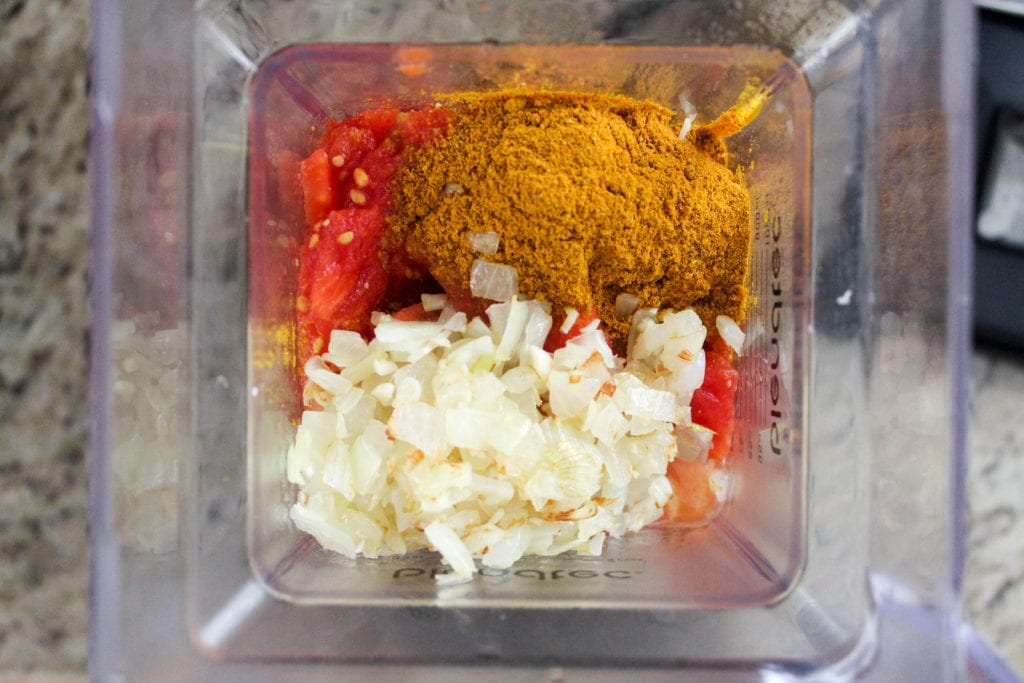 Puree the tomatoes with the spices and onions until very smooth - I love to really puree this soup, but you could leave some texture if you'd like. 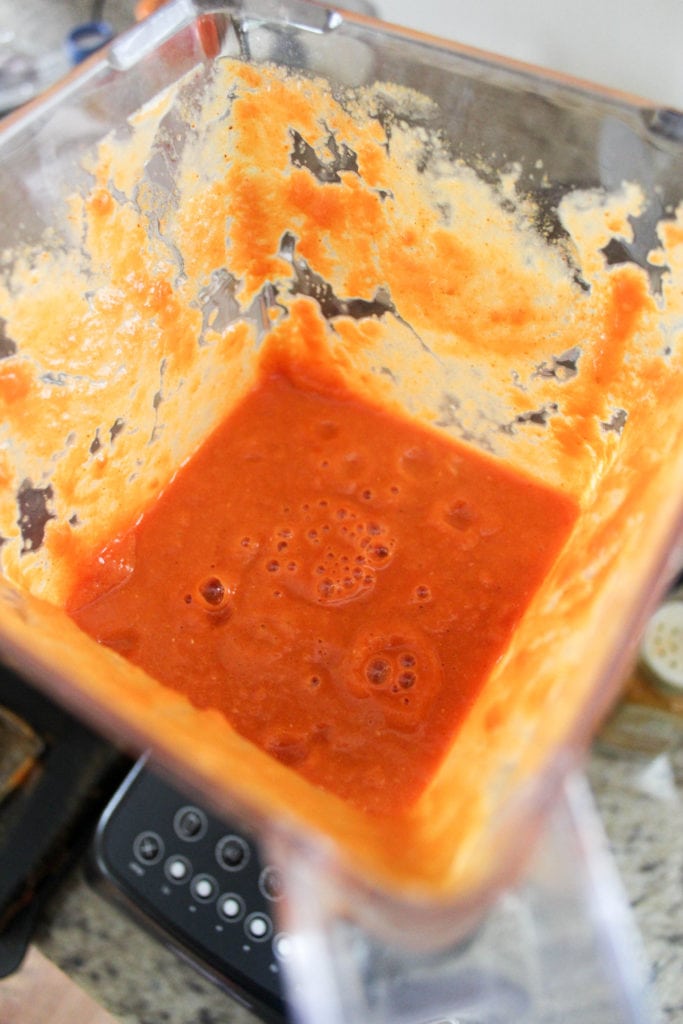 When the soup is pureed, add it back to the same pot you used to cook the onions and garlic.  Pour in the whole can of coconut milk and bring the soup to a simmer over medium-high heat. 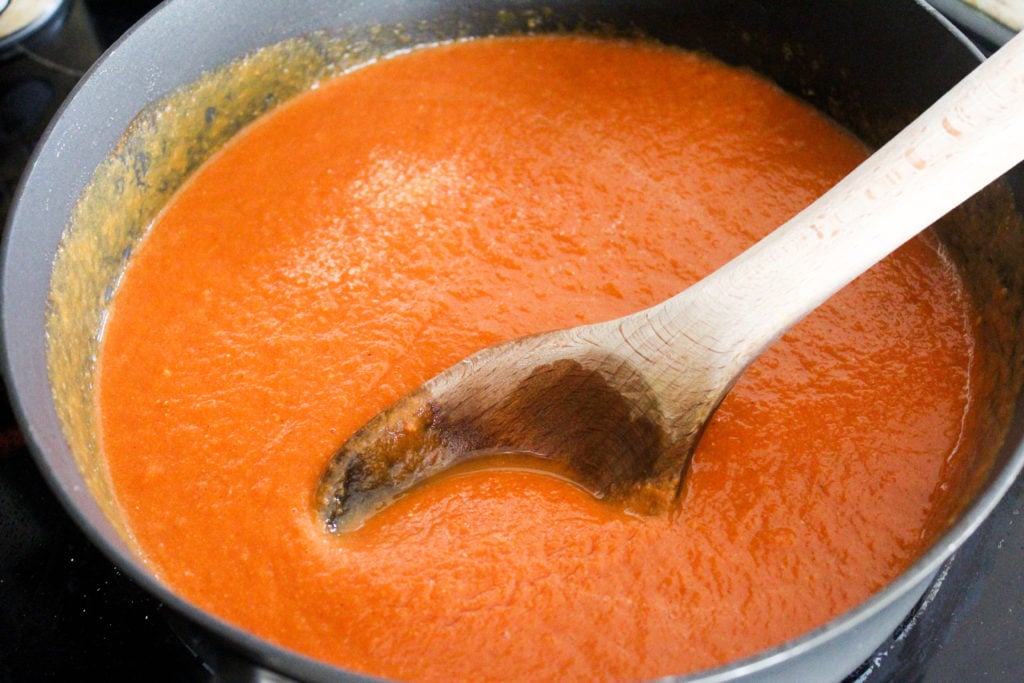 Let the soup simmer for about 10 minutes, then taste it and add some salt for flavor - as much as you'd like! 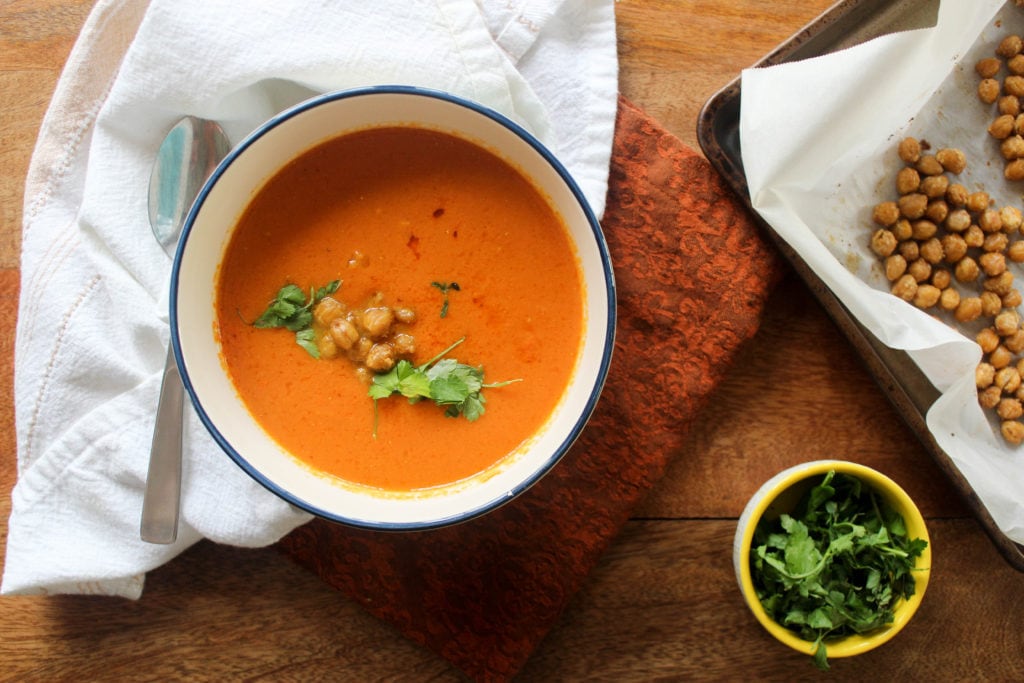 To serve, it's soup, chick peas, and maybe some green herb if you have some lying around.  This is cilantro, and the brightness was wonderful with the soup.  Parsley would be great too! 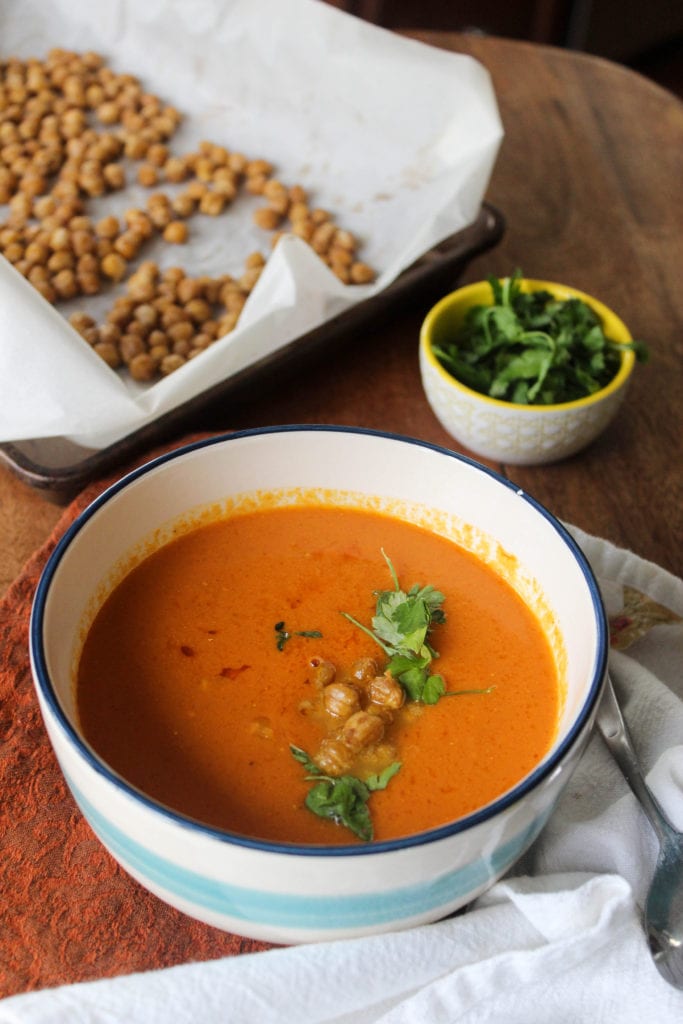 Warm curry, tangy tomatoes, barely-sweet coconut milk is my new favorite flavor combination.  We ate this soup for a few days as leftovers, and once the chick peas were gone (honestly they molded super fast on the counter, keep 'em in the fridge) I dipped naan in the soup for important carb reasons. 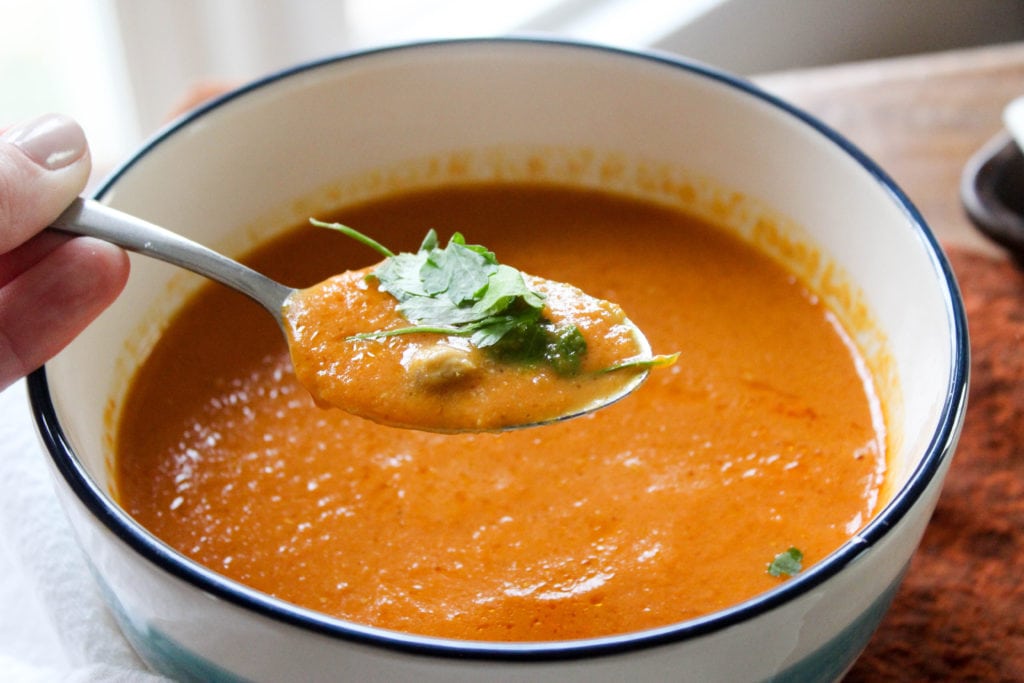 Simple and huge flavor is the Monday goal every week.  Enjoy this!