I need you to be aware that today's post is entirely plugging a television show.

Not just ANY show, though.  JAY'S BFF'S NEW SHOW ON TBS!  It premiers tonight, and we're ever so slightly excited.

Jay and Rory started in comedy together, and Rory is totally awesome and famous now.  He got married a few months ago, right after us, so we've been lucky this year to see him lots even though he lives in LA with other famous people. This is Jay and Rory at our wedding!  Not their wedding to each other, as it looks. 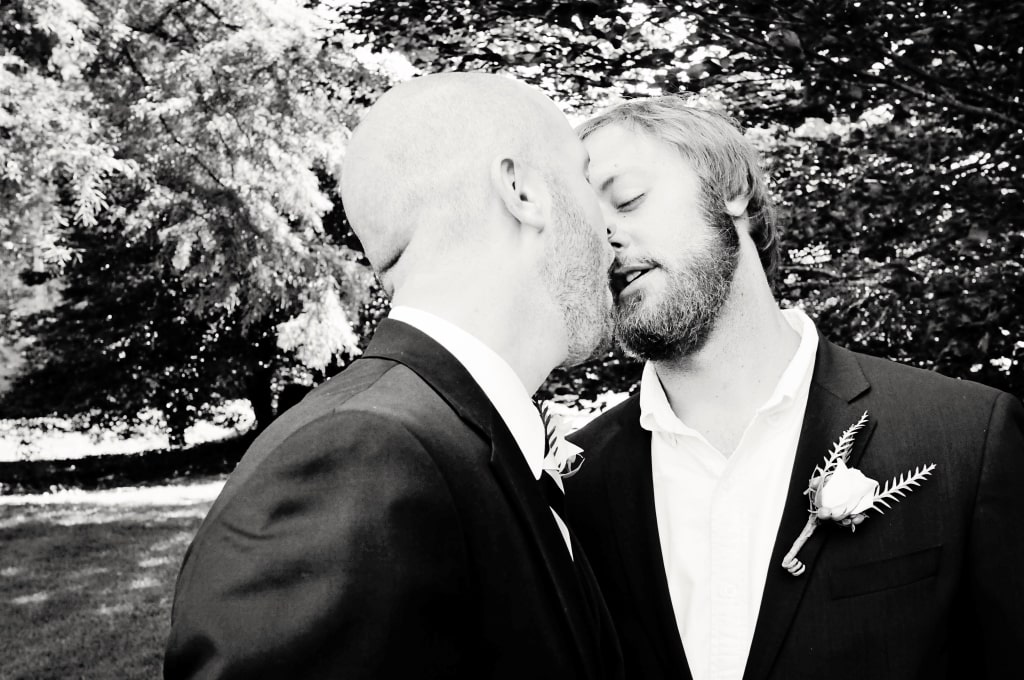 The show, Ground Floor, airs tonight at 10pm EST on TBS. It's a two-episode premier, which means that for a whole hour we'll be watching like proud nana's on our couch.  I might cry. The premise is that a big-shot banker falls for a girl in maintenance, and lots of the show takes place in an elevator?  If that was a terrible way to sell you on it, be aware that the creators of SCRUBS and COUGAR TOWN are in on this.  Boom.

Comedy's tough, kids.  Rory is one of the hardest working folks I've ever met, so when great work like this comes along it's a BIG deal.  Also he's funny and totally deserves it, so there's that.

So, you need to watch Ground Floor tonight.  You need to tweet about it.  And DVR it.  And love it.  And tell your friends about it. ALSO the main dude from Pitch Perfect, made about the company I work for it, is in it.  That basically means that I'm famous too, yes?  SAY YES, SKYLAR.

Because, mainly, I want to move to LA and be his personal chef, so this thing needs to last for more than one season.  And clearly this is all about me.

Happy premier day, Rory!  We heart you bunches and are totally proud.

pictures obtained by googling Ground Floor and copying and pasting.  they aren't mine.  they're the internet's.  don't be an ass to me.