I honestly don’t see the problem with children cursing.  I have a filthy mouth and I’ve already resigned myself to the fact that I will likely have a child with a filthy mouth.  I should preface this with the fact that I want my child to know how to curse properly.  Cursing can be an easy escape for a person with a lack-luster vocabulary, but it can also be the pristine cherry on top of a beautiful sundae.  “Mommy, I made a stinky in my pants,” is a fine sentence.  However, “Mommy, I shit pants,” tugs on the heart strings a bit more.  For starters it’s funny and secondly, it’s more accurate.  A “shit” really lets you know what you are getting into.  A “stinky” could be pants that have old mayonnaise on them, but a shit is a shit. 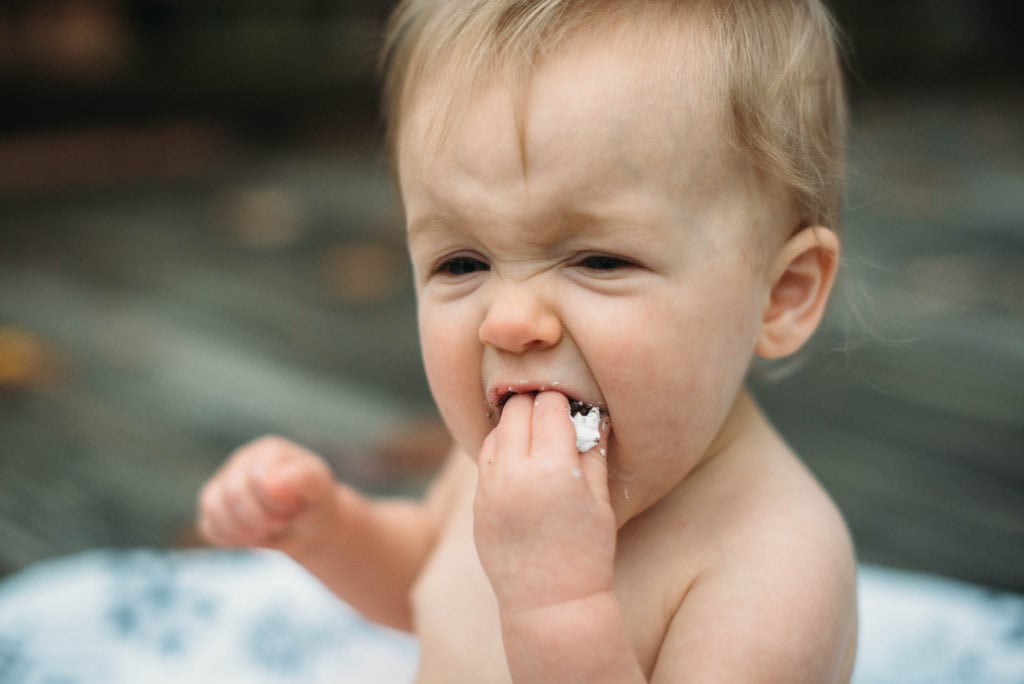 My mom took me to see George Carlin when I was 13.  His opening line was, “You know what nobody ever talks about anymore?  Pussy farts!”  It was at that moment my mother’s long, manicured nails dug into my hand and I knew we had entered uncharted waters of our relationship.  I’m sure some people would have never taken their 13-year-old to a George Carlin concert, but I’m so happy my mom did.  I felt like an adult.  I was let in on this taboo culture and it dominated my childhood interests.  One of Mr. Carlin’s biggest interests was language and I guess I’m not opposed to my child having access to All the words.  Especially if the context is correct.  I don’t believe in bad words, just poor context.

I do understand that teaching a 5-year-old context is difficult.  I’m just hopeful I can.  “Goddamn” is easily my favorite.  I use this word to vent frustration.  “Uh, goddamn it, I have a flat tire.”  “Is the goddamn air conditioning broke?”  “Goddamn speed limit is 65.  Step on it grandma!”  If Beck should choose to use these words in these similar settings or in similar context, then I would be a proud father.  “Uh, Dad, you forgot to cut the crust off my goddamn sandwich.  How many times do I have to remind you?”  To me the most upsetting part of that sentence is that I raised a child that doesn’t eat the crust on her sandwiches.  That is way more embarrassing to me.

I primarily use “Shit” when referring to fecal matter or things that taste or smell like fecal matter.  Generally, the larger the pile and stronger the smell, the more emphasis I have with the word.  If I’m in a movie theater and it smells, I might lean to my wife and whisper, “Whoa, I think someone might have shit their pants.”  But if I’m watching a horse relieve himself (and I don’t know where I would even see that), I would point and say, “Holy shit, look at that shit!”  Sometimes it’s so impressive it requires a double.

I’m on the fence with the F word.  Mostly, I just don’t see where a little girl should be tossing it around.  So, perhaps that is where I draw the line.  Except with an injury.  When I broke my leg, I only spoke in “fucks”.  “This fucking hurts.”  “Make it fucking stop hurting.”  “Fuck, fuck, fuck.”  So, I’ll give her that exception.  Outside of that, I’m going to keep try and reign that one in.

The C word.  Obviously, she can only use that one when using an English accent.  I’m not a monster.

I don’t want to encourage my daughter to curse and use foul language, I’m just not going to freak out if it happens.  It’s a part of life and they have their place.  I just don’t want the Department of Social Services showing up at my house and asking me about my Little Filthy Sailor Mouth daughter.  I want her to be the classiest little lady she can be, but I’m not worried if she offends one of her friend’s Southern Baptist mom.  Oh, Jesus I just thought about that.  I really hope she doesn’t become friends with a Southern Baptist and then force us to hang out with them at their nondrinking, nondancing event.  That would cause me to say, “Goddamn, are you fucking kidding me?  Those events are total shit because her mom is a cun...”