So, things look a little different around here.  Good different?  Bad different?  Tell me tell me.  I'm concerned that the top of the site looks too busy but Jay likes it but also he has ADHD and overstimulation calms him.  Seriously. 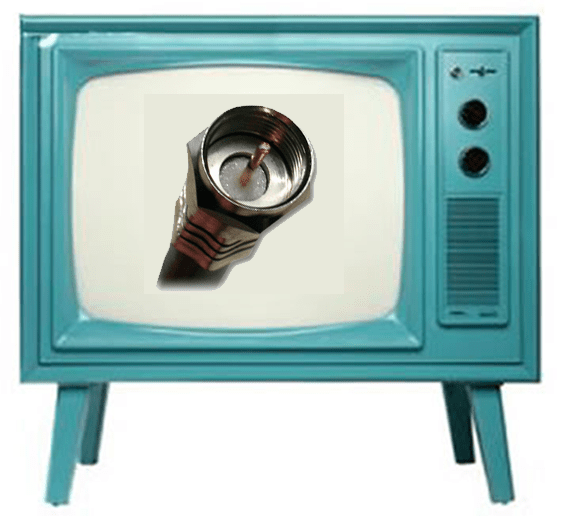 In addition to sitting in front of this site for hours and hours on end (Several conversations started with "I'm just going to do this ONE LITTLE THING" and then three hours later....here I still sat.), I also sat on the phone with the cable company for nearly one hour on Friday afternoon!  This is only one piece of this really long boring saga, but the end, spoiler alert, is that we still have cable but it costs one third less because I win at life.

But.  Backing up.  You might remember that we were thinking of getting rid of our cable because we were paying $160/month for cable and internet with NO premium channels and all I really wanted in this world was HBO but couldn't bear the thought of spending more on the damn bill.

So.  I marched my happy ass into the physical store a few months ago, which is kind of where souls and dreams go to die.  My equipment was old for internet and TV, so I traded in my box and informed the soul-less person "helping" me that I was really dissatisfied that every five seconds my bill increases.  She said NO PROBLEM, let's get you hooked up with this new equipment, but oh by the way we don't give out wireless routers anymore.  We give you a modem that has to be attached to the wall but you have to buy your own router and then configure the whole thing.

No problem, I said!  I love spending money and also doing your job for you.  Not really, but I was thinking it.

The woman also said during this time that if I ADDED PHONE to my package that my overall bill would decrease.  I didn't want phone, and felt it foolish to have a service that I'd never use, but if Charter wants me to have free stuff for less money, then so be it!  I told her I really didn't want to pay any kind of installation fee, and she said NO PROBLEM, I'll waive it for you.  In addition, for my troubles and for being a loyal customer, she was going to offer me a free year of HBO and Showtime.  WHAT.

So, I walked out of there with new equipment, two free channels for a year, free installation for a phone I didn't want, and a bill that was nearly $20 cheaper per month.

When the man came to "install" the phone a few days later, I asked him when my new channels would be activated.  He said as soon as he left all the new plan changes would be in effect.   Great!

Two days later and a few phone calls, I not only had zero premium channels as promised, but I also had a $29.99 charge for installation of the phone I didn't want.  Of course.  After much begging and pleading, I couldn't get the charge refunded, and HBO was but a dream because the soul-less woman who'd promised those things to me didn't enter them into the computer, and so there was no record of this and the phone people just assumed I was trying to play them.

SO THEN, we decided that we'd had enough and boo hiss we're just going without cable.  And then a month went by before I called to tell them very calmly that we would like to cancel our cable and keep our internet pretty please and thank you.

The woman was all discombobulated because I guess it looks bad if an entire phone call is dedicated to losing money, but she was kind and gave me the price for "just" internet.  I said "um, I have phone, shouldn't I still be getting a bundle discount for having 2 services?"

I nearly lost it.  LOST IT.  Because, as you remember, I paid $29.99 for a strange man to come into my house to INSTALL A FUCKING PHONE LINE THAT I DIDN'T WANT.  So I very calmly explained this to her (just read this from the very beginning out loud to yourself if you'd like to feel like you were there) and she was all "that's a billing question."  Great.  She DID tell me that her boss agreed to let us keep our cable exactly as it is for $100/month instead of $143 so....being the sucker that I am, I went for it.  I hadn't asked for any kind of discount, but I do like TV, and I can stomach the new number.  I asked her when she planned to increase the rate, and she promised that promotions like this last for a full year, not six months like "some other companies."  Hilarious.

So I got slightly cheaper cable.  I also got transferred to billing, while rushing around trying to get ready to go for a walk with my neighbor Belen, and the guy FINALLY understood what had happened with the phone (read from the top a third time if you'd like to feel like you were there) and said that he was sorry and would be happy to refund the mother effing $29.99 that has had me in a tizzy for four months.

Then, while I was "waiting for the refund to be processed," we got disconnected.

And he didn't call back.  I almost cried.

And then the cable went out for 24 hours COINCIDENTALLY and then magically came back on immediately after I called the next day to complain and the woman said that "it seemed to be working fine and there was nothing she could do."

So now I think I'll have to call back at 97th time unless the refund actually got processed, and OH NO SIR I'm definitely not really expecting my bill to be lower next month.

Why am I such a sucker?  Can someone just tell me?