My heavens, babies are so weird.  Look at me and Beck, though.   Twinsies! 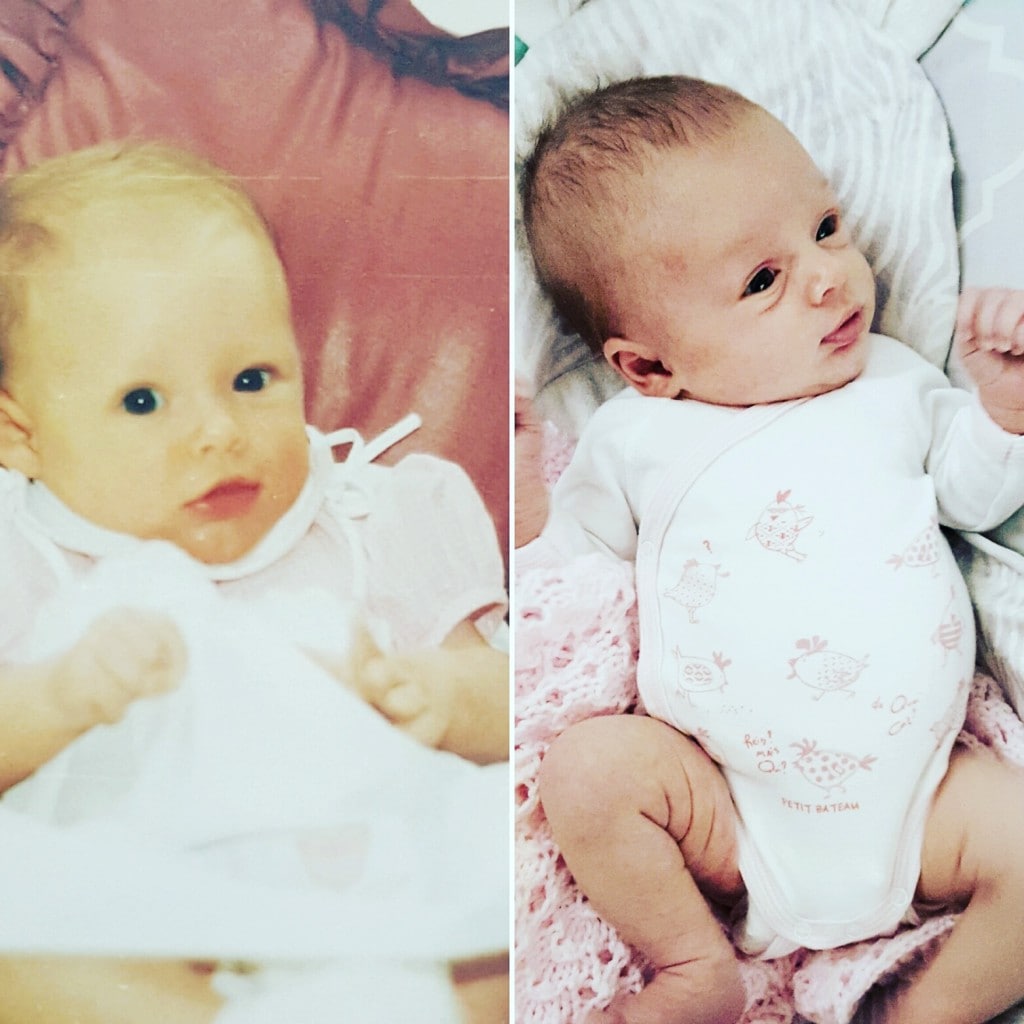 So, I think that Beck is getting better at sleeping.  Emphasis on I think.  We've been getting 1 long stretch of sleep each night ranging from 3 to 7 (that was just one time) hours, in the Leachco Podster that is proving to save our lives.  So, significant less cosleeping.  When Beck is in the pod she's usually swaddled or has a blanket tightly around her, and we turn on the iPad for white noise.

The trick with this ho is transferring her from arms to the pod without waking her up, which I know is the whole thing behind putting babies to bed drowsy but not asleep.  But that doesn't work yet, so our goal is to get her DEAD ASLEEP before we put her down, which usually ends up with one of us rocking or walking around or nursing for a significant amount of time.  When she goes down drowsy, though, she opens her eyes, looks around, and then makes that sexy progression from quiet/alert to fussy to screaming bloody murder why do you people want to kill me COME QUICK MAMA.  So...being put down asleep is what works.

At night, one thing I've found is that our waking periods are still pretty long.  Beck will nurse on both sides and then just be...up, for an hour or more.  I rock, sing, nurse again, all the usual tricks, but it seems to be a timing thing that she still has those long periods of wake after any sleep, which makes me think that she has no concept yet of the difference between night and day. Babies are so dumb.

During the day she kind of catnaps after every time she eats and if we're sitting on the couch at the right time will take longer naps.  The transferring to the pod or anything else for a solo nap during the day works with much less frequency than the night time, so I need some suggestions on getting her to sleep alone - I try the pod, the swing, and the Rock N Play, kind of at varying intervals.  We also have the Baby Bjorn bouncer, which she likes pretty well when she's awake - can babies sleep in that?  The pod is still the most reliable, but I kind of want her to have a different day vs night routine to emphasize that IN THE POD WE SLEEP A LONG TIME, and other places shorter times.  But that might be asking too much.

Also.  Do you swaddle for naps?  The internet tells me yes and no and maybe so.  Of course.

To me, getting 1 long stretch of sleep at 7 weeks is pretty legit, so I'm feeling OK about how things are going.  Next week, though, I go back to work (just one day per week at the hospital) and start teaching a little bit of yoga, so I want to spend this week doing as much as I can to help her - when she sleeps well she's LOVELY, and when we get to the end of the day without any real naps she is decidedly not.

I've decided that at night she sleeps more soundly without me because she isn't smelling and rooting for milk half the night.  So, I think that this might translate to naps; if I can put her down she might take two longer stretches rather than the teensy naps throughout the day.