GUYS I MADE PASTA AND IT TASTED LIKE HUMMUS ON NOODLES.

And Jay has eaten leftovers gleefully almost every day for lunch this week. 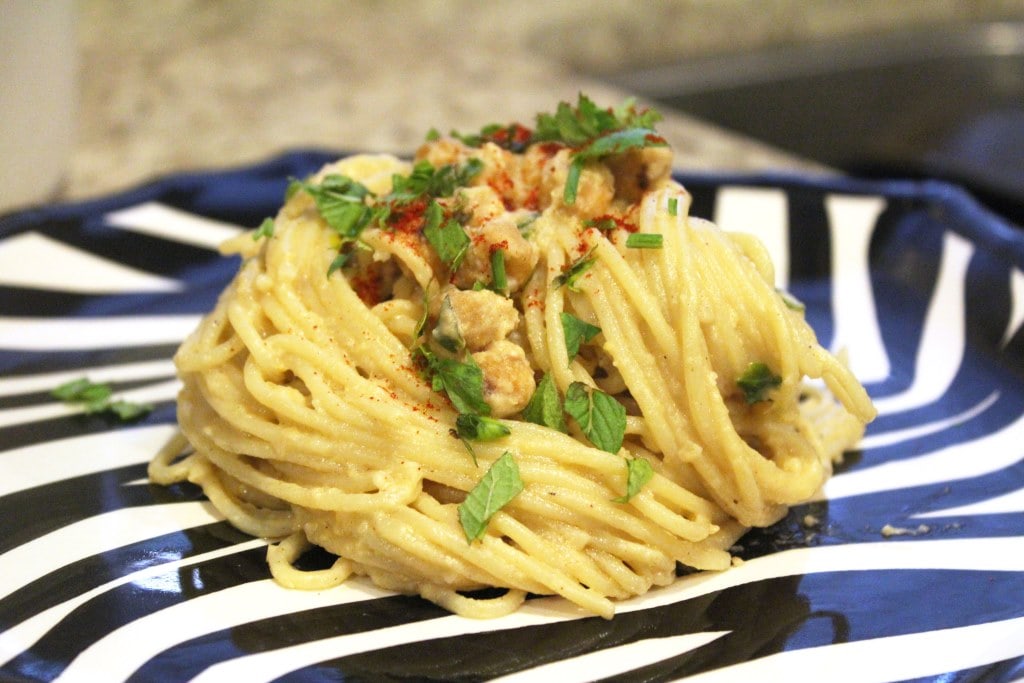 This is SO good.  I thought of it last week when we did our whole vegan shenanigan, and I really like the idea of giving you guys and my gut a vegan recipe every once in awhile.

Hummus is one of those things that's always touted as naturally vegan without any modifications so I thought....why not make the flavors of hummus coat a pasta?  And why not stir some mint into that?

I did it, and it was REALLY good.  It was raining on this particular day, so the photo gods weren't exactly on my side.  We watched Argo while we ate it, too, and I'd HIGHLY recommend that flick to anyone who lives under a rock like we do and hasn't seen it yet.

Anyway. The pasta.  It's easy!  You need 1 can of chick peas in their liquid, 1 lemon, some mint and parsley, tahini, pasta, olive oil, garlic, and smoked paprika.  If you don't have smoked paprika, no worries!  Just use regular paprika and move on with your life. 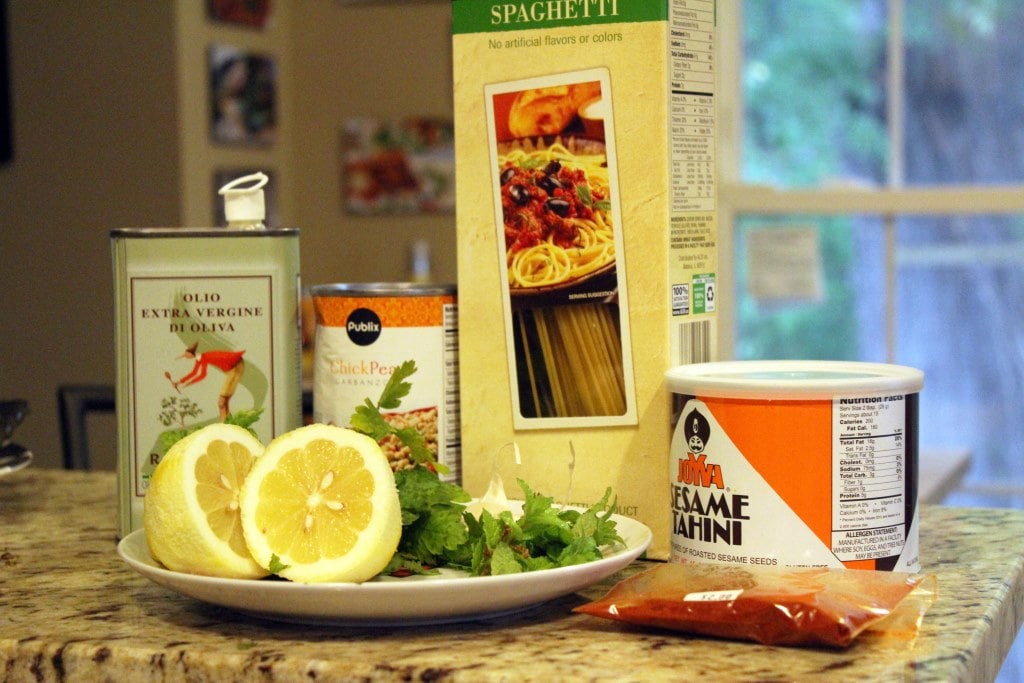 First, we want to drain the chickpeas and toast them, but save the liquid.  I make the sauce in a food processor, so I drained the liquid from the beans straight into the bowl. 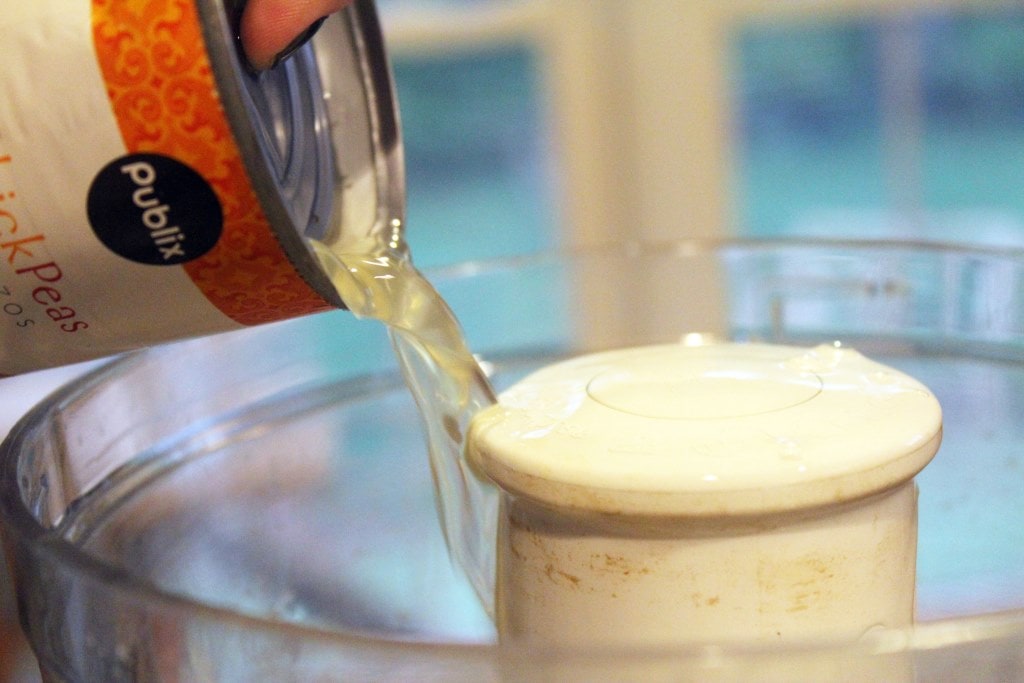 Then, put the chickpeas into a large skillet with a little olive oil or cooking spray.  Sprinkle them with smoked paprika - ½ teaspoon or so.  We're going to dry them out and toast them so they get nice and crunchy. 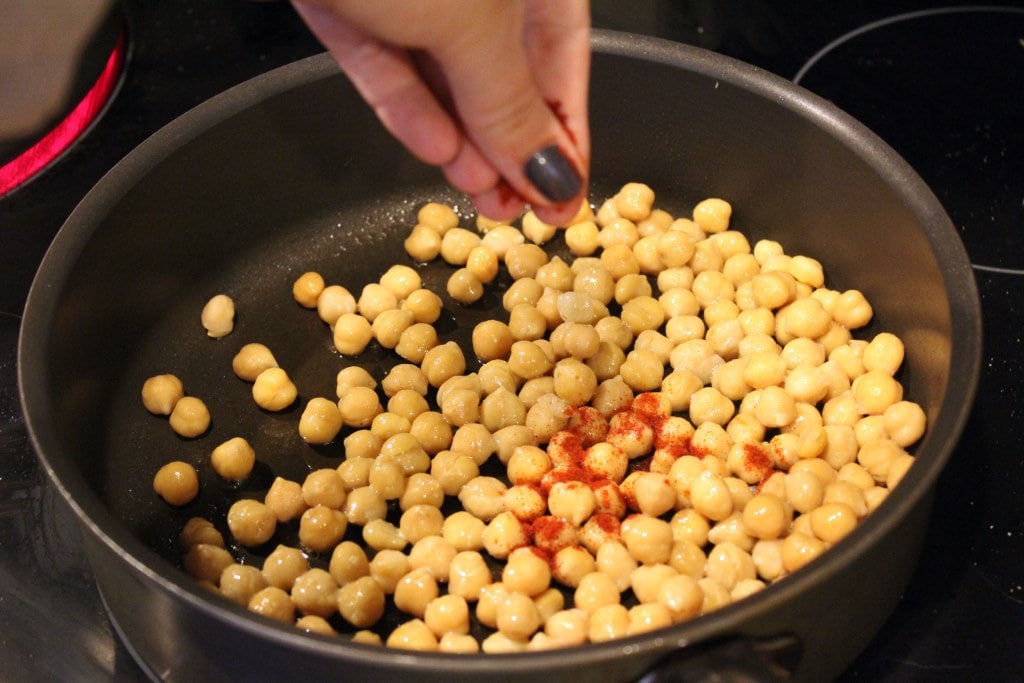 While the pasta is cooking and the chick peas are toasting, go ahead and roughly chop the fresh herbs together so they'll be ready.  This is mint from my "garden," AKA a pot that sat on my back porch with zero attention for the last three months in the cold and magically made a ton of mint over the past few weeks.  It's a weed, that mint. 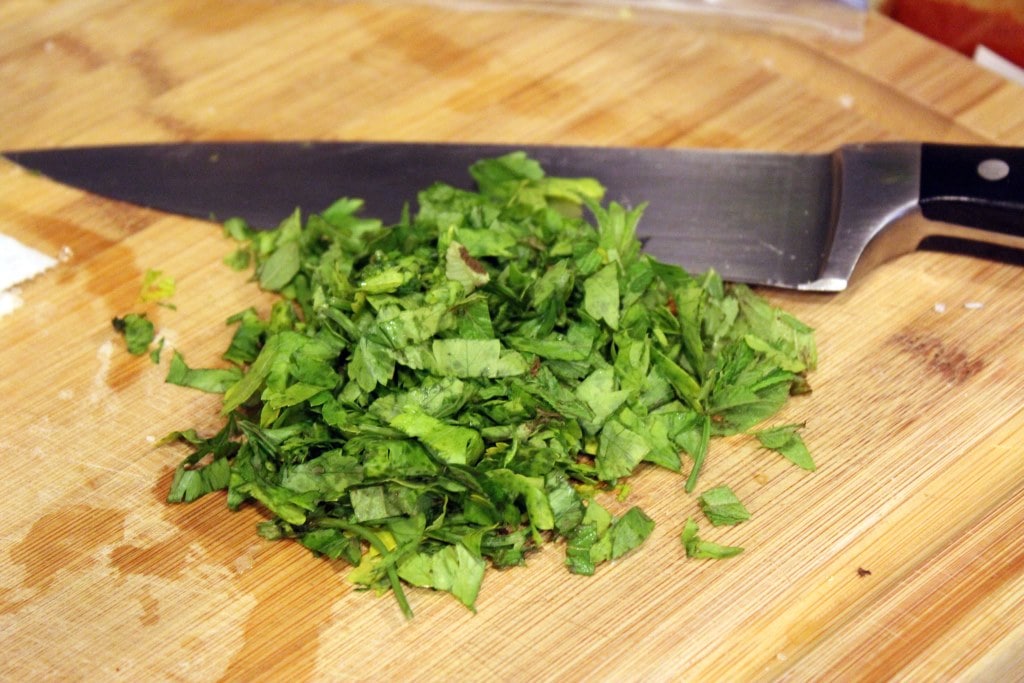 Now, back to the sauce!  Add a few big spoonfuls of tahini, and drizzle in some olive oil. 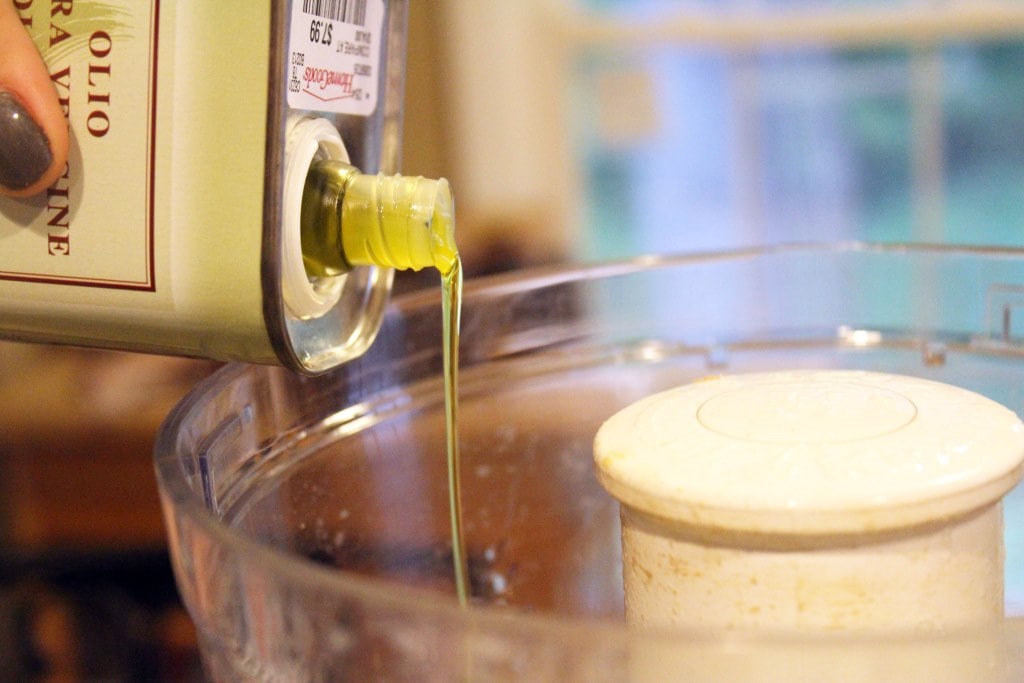 Then, squeeze in the lemon juice.  I love lemon, and almost could have used more than one in the sauce.  Use at least one lemon, but add more juice if you'd like! 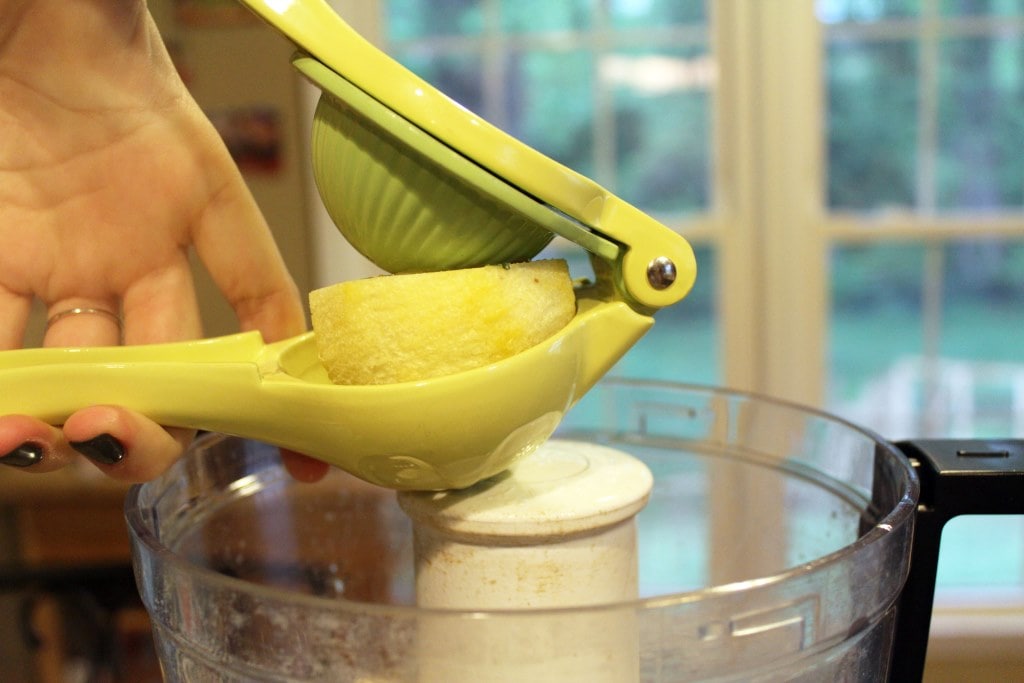 Now, when the chick peas are toasted, reserve half.  Leave the pan on medium heat, we're going to use it again in a second. 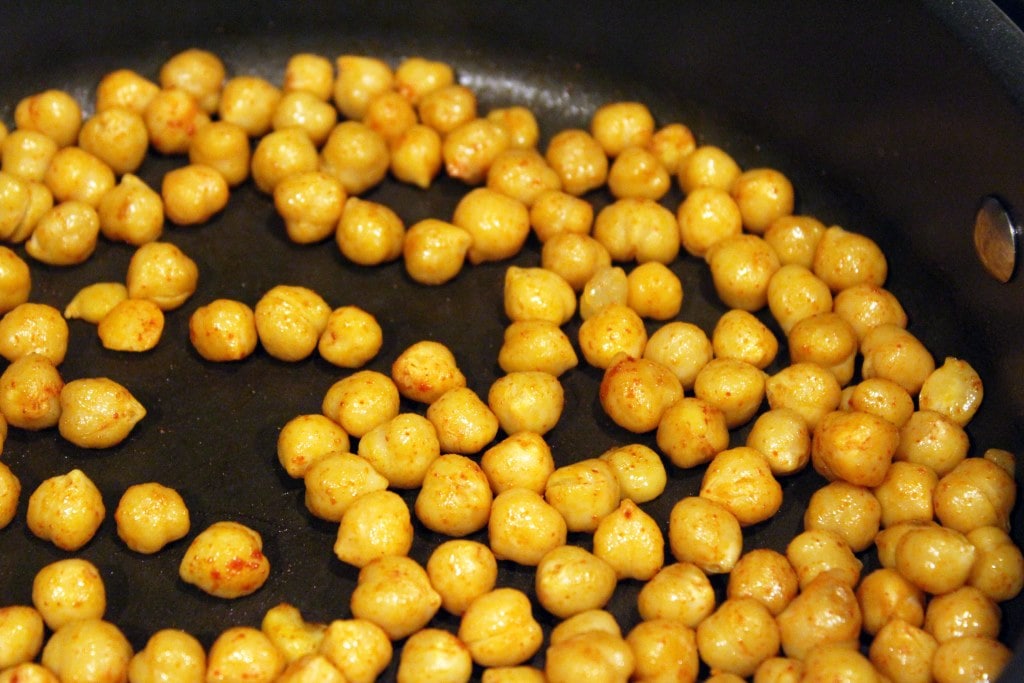 Put the other half and the garlic cloves in the food processor - they'll thicken the sauce. 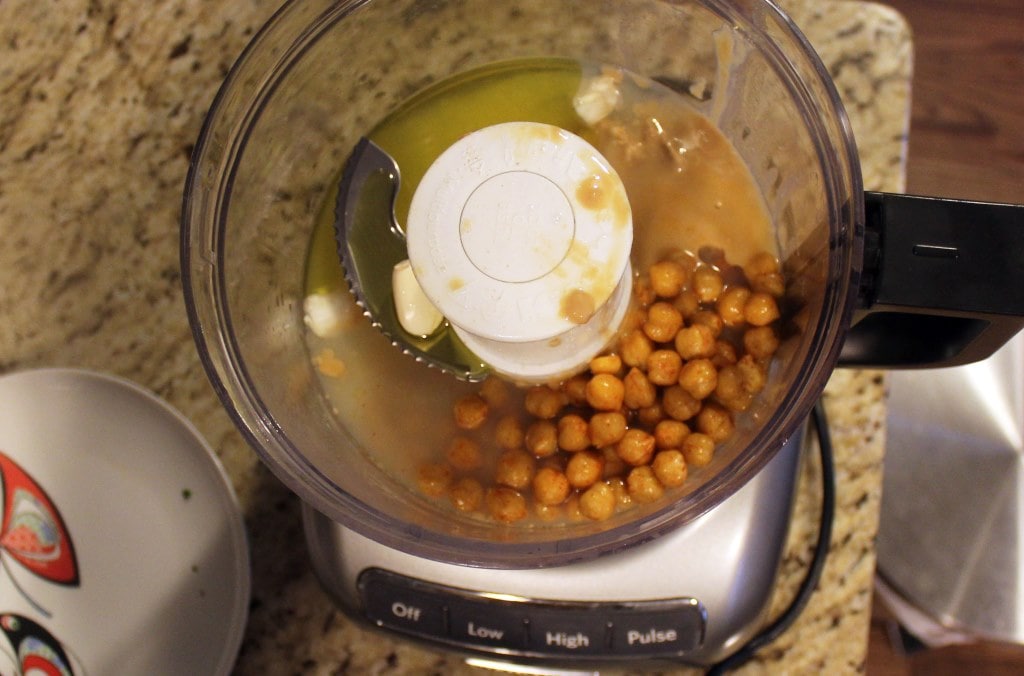 Now, whir the sauce all together and taste it - add salt if you'd like!  The sauce will be very thin, but seriously don't worry about it.  It gets really thick when it cooks from the starchy beans. 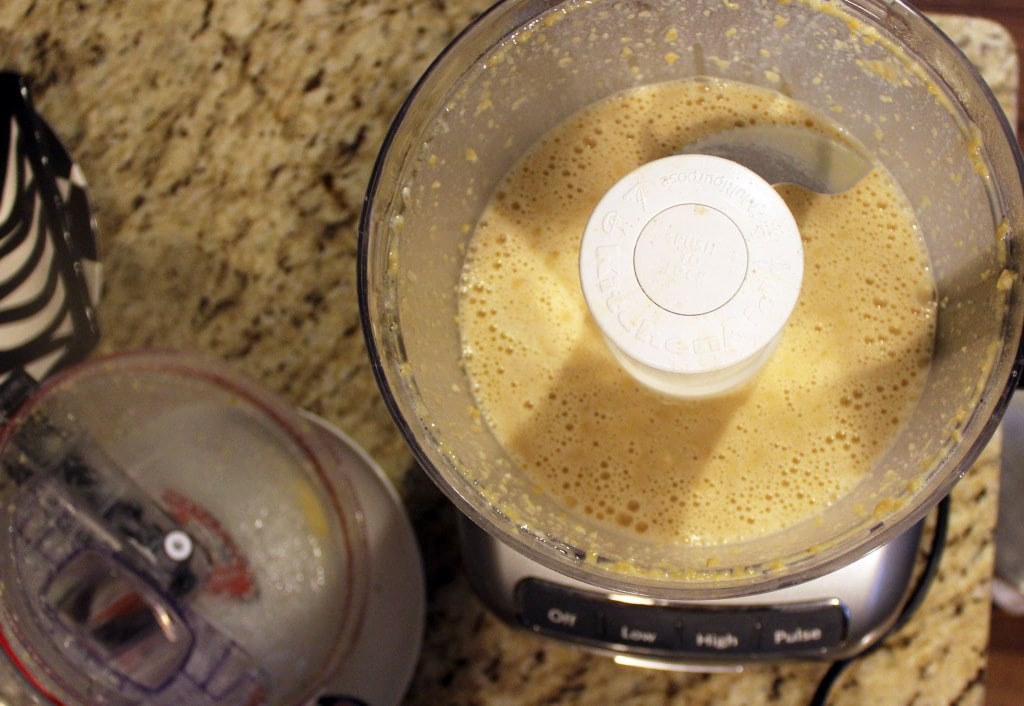 Add all the sauce to the pan you used to toast the chick peas.  Stir it around for a minute or two to heat it though.  See?  It gets very thick.  Add some pasta water, olive oil, veggie stock, water...anything you need to keep it thin enough to coat the pasta. 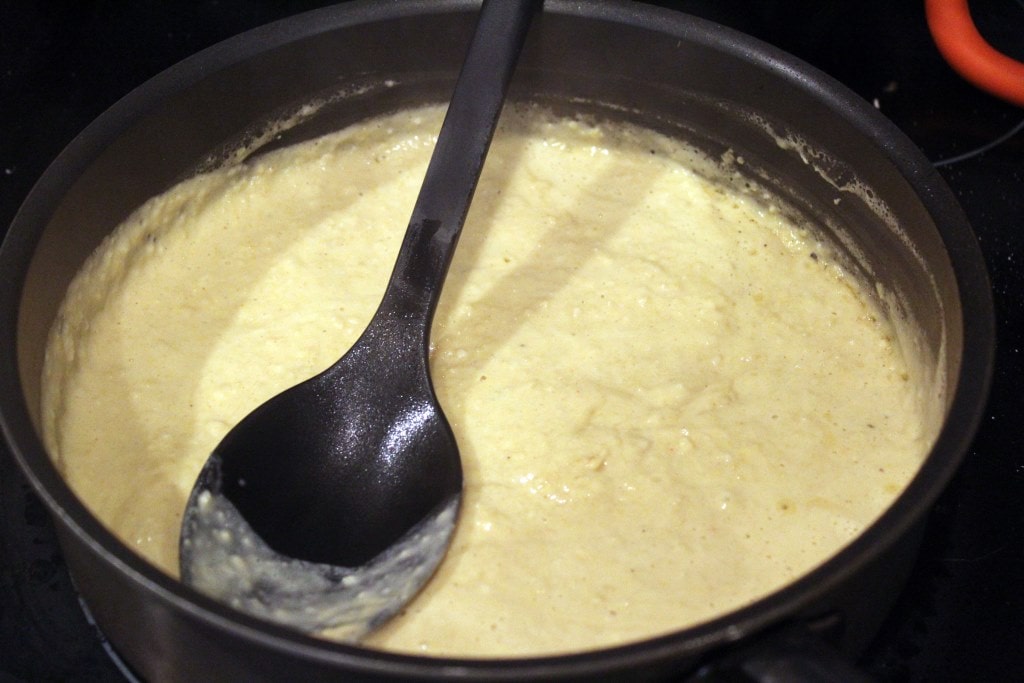 When the pasta is cooked, add it with the reserved chick peas and herbs to the sauce. 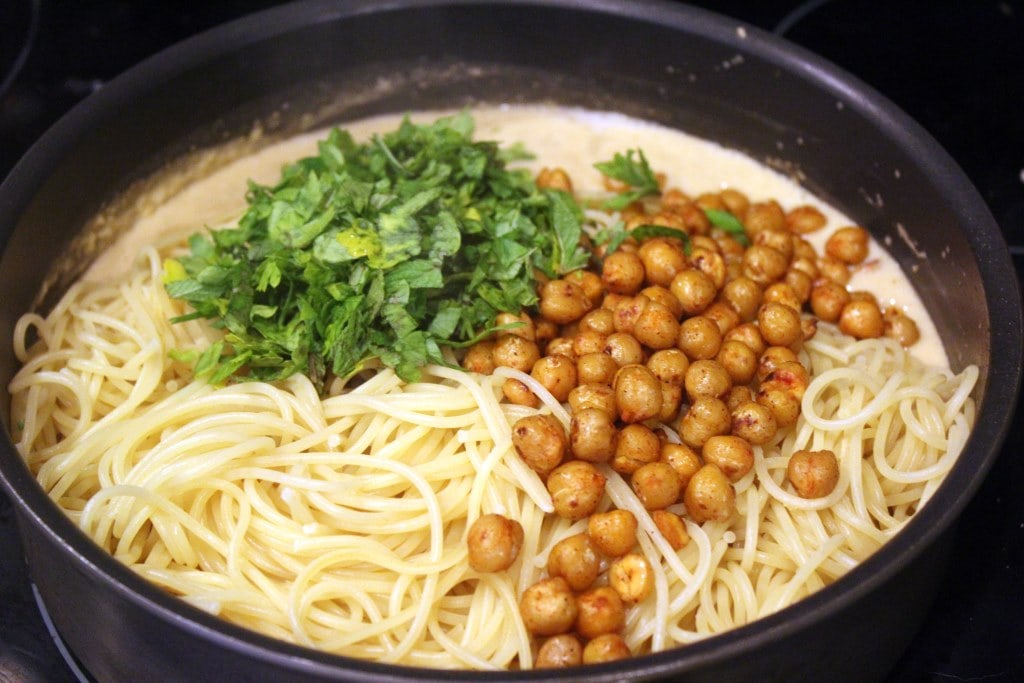 Toss everything together, and taste!  Add more salt or lemon juice if you'd like. 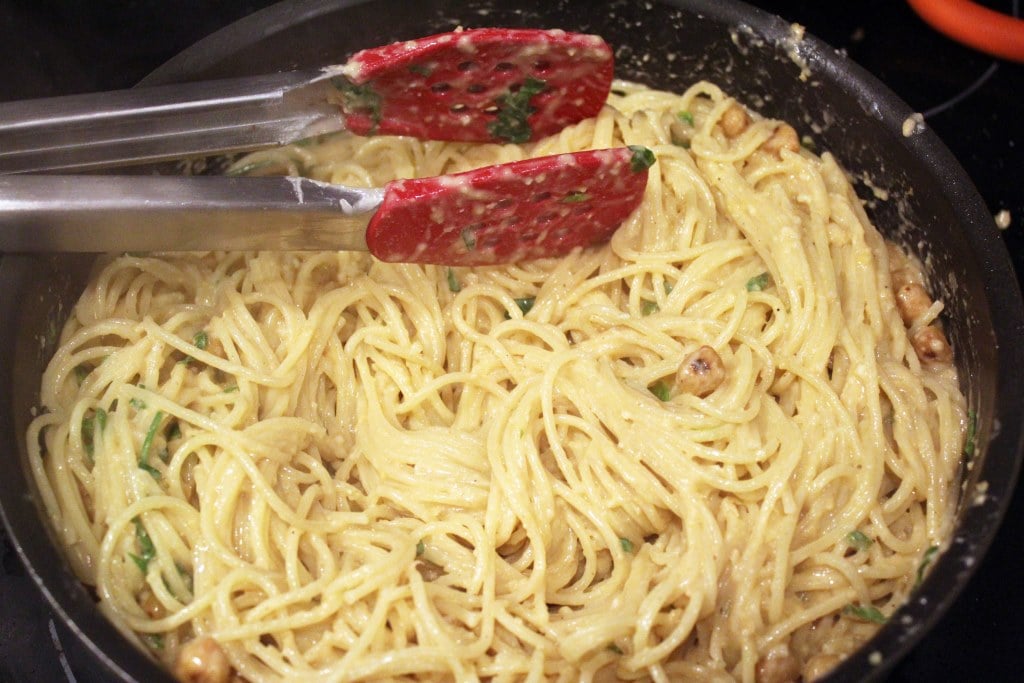 That's it, friends!  This was DELICIOUS, and really lovely with some extra herbs on top.  The chick peas give a lot of protein, and the tahini in this is just so flavorful.  Even non vegans will love it, trust me!  Enjoy this one.