This is the easiest strawberry pie with no jello! Just 5 ingredients, a little bit of sugar, and this is the easy, rustic, foolproof pie you've been waiting for.

END_OF_DOCUMENT_TOKEN_TO_BE_REPLACED

I know, all about that farmer's market ish just like every other dang blogger in the world. 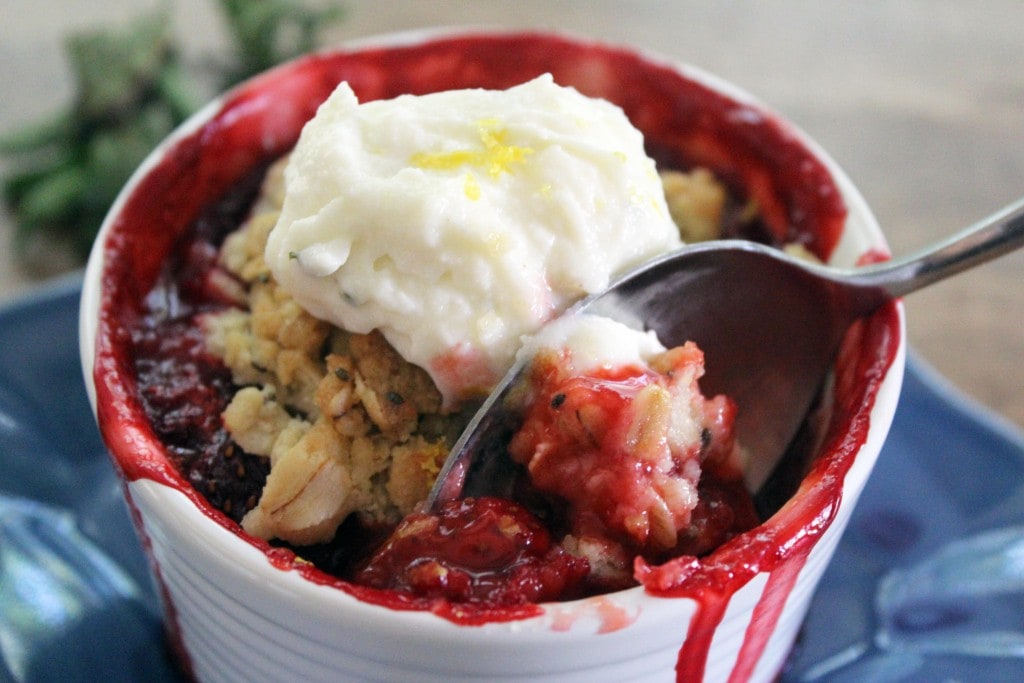 Mainly because holy delicious, amirite?   Jay and I are watching Mind of a Chef and Chef's Table right now on Netflix, and all the chefs are all "omg you can't possiblyyyyyyy use out of season produce, it just tastes like nothing," and they kind of whine it all pretentiously.  And then I snort because I'm American and if I want kiwi in December I'm going to get it, damn it, and I don't care if it tastes like nothing or not.

Until, of course, I taste fresh, local produce in season that really does taste so much better, and then I apologize to the television, as you do when you're wrong.

So I made a crumble.  Or a cobbler.  The crust is kind of a mixture of both and the filling is just the sexiest local strawberries, but use any old berries you can find and don't beat yourself up about it, especially if you have no local berries.  That doesn't mean you shouldn't have crumble.  It doesn't, I promise.  Additionally, I made these in individual ramekins because I think they're cute that way, but you could make this all in one dish and every other instruction would be identical.  Your choice!