Obviously healthy enough for what we're trying to do this January.

One thing I've been trying really hard to do since having Will is find a balance between 1. complicated meals that I love to make but take forever and trash the kitchen and 2. takeout. I know that seems dumb, but I'm never the one to look for "super quick and easy weeknight meals!" I don't mind eating at 9pm, I love cooking, and it mostly works for me.

Until, of course, it doesn't. Will has been taking a longer stretch of sleep (like...two hours, don't get too excited) in the late evenings, so if we eat at nine and go to bed around 11pm I'm missing a lot of that good sleep. Then homeboy wakes up sometimes every hour at night, I'm exhausted and forgetful and irritable and honestly the fun crazy dinners are mostly not worth that.

So the quest is to find quick dinners that are actually GOOD, and this is definitely that. It's sweet potato gnocchi that boils in four minutes, during which time we saute some spinach with so.much.garlic. aka my favorite way to eat spinach. Then the gnocchi gets a brown butter + sage bath because we've earned it, and dinner is ready in FIFTEEN MINUTES, tastes like something from a fancy restaurant. You need this in your life, trust me.

END_OF_DOCUMENT_TOKEN_TO_BE_REPLACED

I honestly have to Google how to spell gnocchi every time I write about it, and how lame is that?  name that movie. 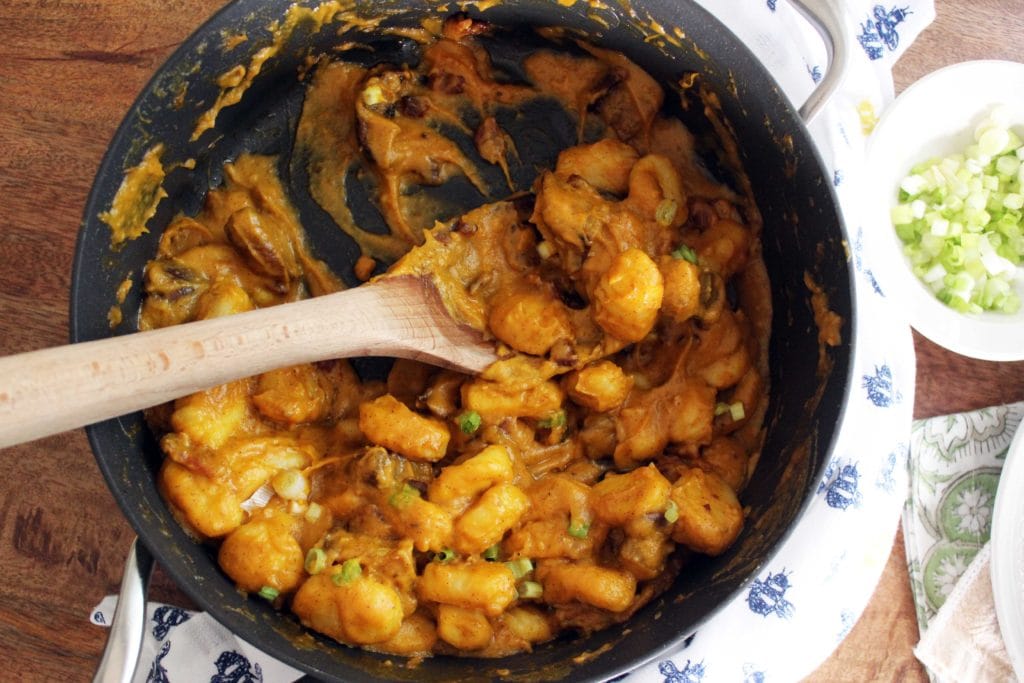 So, this is one of those things that was kind of my idea and then I realized it was a thing and then I added 37 other flavors to the mix because bacon.  I wanted to do something annoyingly basic with fall flavors and orange because Halloween and then there was bacon in the fridge.  Then I started reading some other fall recipes, and it turns out that Beets and Sweets (potatoes, that is) as a recipe title is totally a thing all over the internet!  I saw a lot of sweet potato hash with beets, specifically, but I wanted more.  I wanted a creamy sauce, and bacon and green onions and cheese also turns this into a loaded baked potato situation, but with a sweet potato.  And the beets, obviously.

Golden beets are just so lovely, don't you think?  So we roast, we blend, we sizzle bacon, we toss with gnocchi and all is right with the world.  I threw in a red jalapeno because we still have so many of them, but crushed red pepper would work beautifully here too to add some spice.  I specifically like this meal because it's filling, not annoyingly healthy, but not annoyingly heavy too.  A little cheese, a little bacon, and a creamy sauce made from roasted sweet potato AND the skins.  Balance.

It's fall in a bowl and I'm not ashamed.

END_OF_DOCUMENT_TOKEN_TO_BE_REPLACED

From Hawaii, from our honeymoon, to reality...you get the gist. 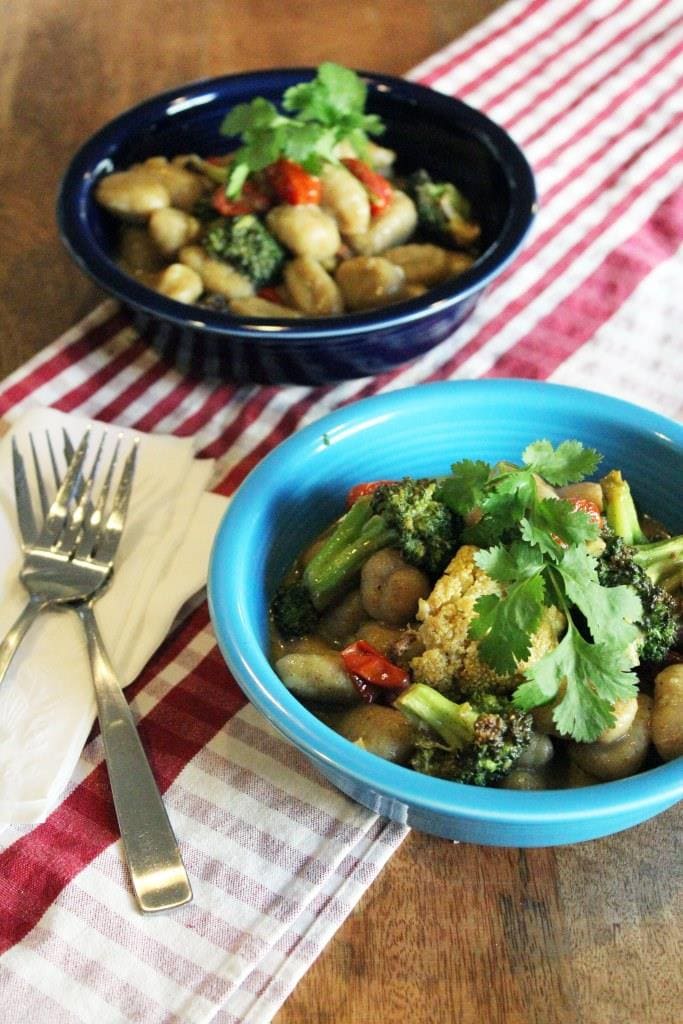 Don't worry, I still have 9,387 things to tell you about Kauai, so we can keep living through it together even though it's cold and gray here, ok?

I'm not intentionally giving you 1,000 vegan recipes at a time, it's just happening!  I'll make us some beef soon, ok?  Great. Today, though, gnocchi!  With curry sauce!  And vegetables!  As per the usual, this is a complete cinch, since the oven really does most of the work in roasting the vegetables.  We use coconut milk to make a super creamy sauce, though, so you won't even miss dairy and other animal products.

END_OF_DOCUMENT_TOKEN_TO_BE_REPLACED 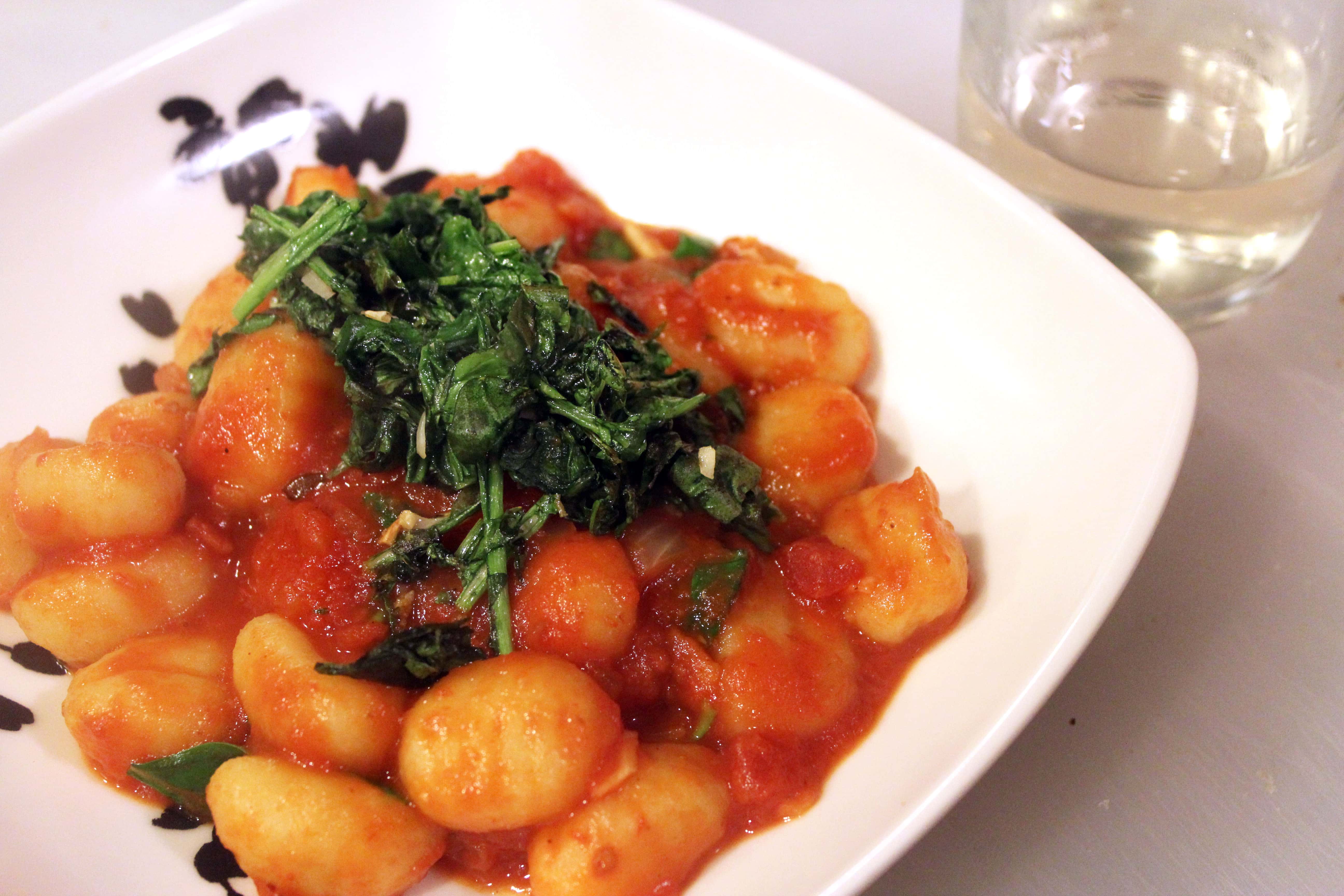 Ahh, pasta.  It's great for Tuesdays, isn't it?

No?  You're more of a taco person?  That's fine, two of my favorite tacos are here and here.  Taco it up!

I'm more of a Tuesday pasta person, myself.

This particular "pasta" isn't really at all - it's gnocchi, made from potatoes.  I've never made it myself, but it's on my list of fun culinary things to do that will involve Jay doing dishes for three days after I do it.

Have you ever made gnocchi?  Tell me about it.  Please.