So, a week or so I told you on Facebook that I had some freezer-burned turkey that needed to be eaten ASAP.

A lot of you helpfully told me to toss it out, which was hilarious.  You clearly don't know me very well. 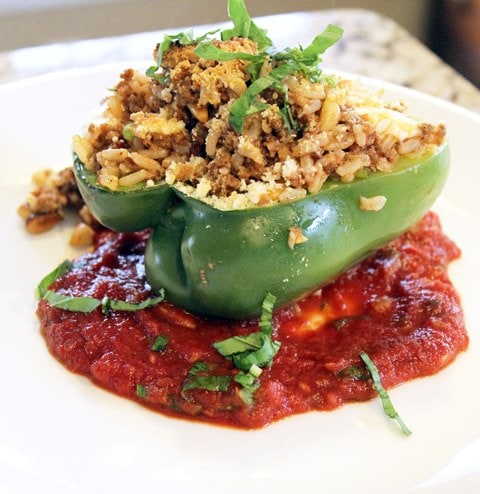 Or something like that.  I don't like to throw away food, is what I'm trying to say.  So, I started pondering on what one could do with sub-par meat.  Jay suggested stuffed peppers, which cracked me up because I feel like we make them all the time - evidenced here, here, and here.