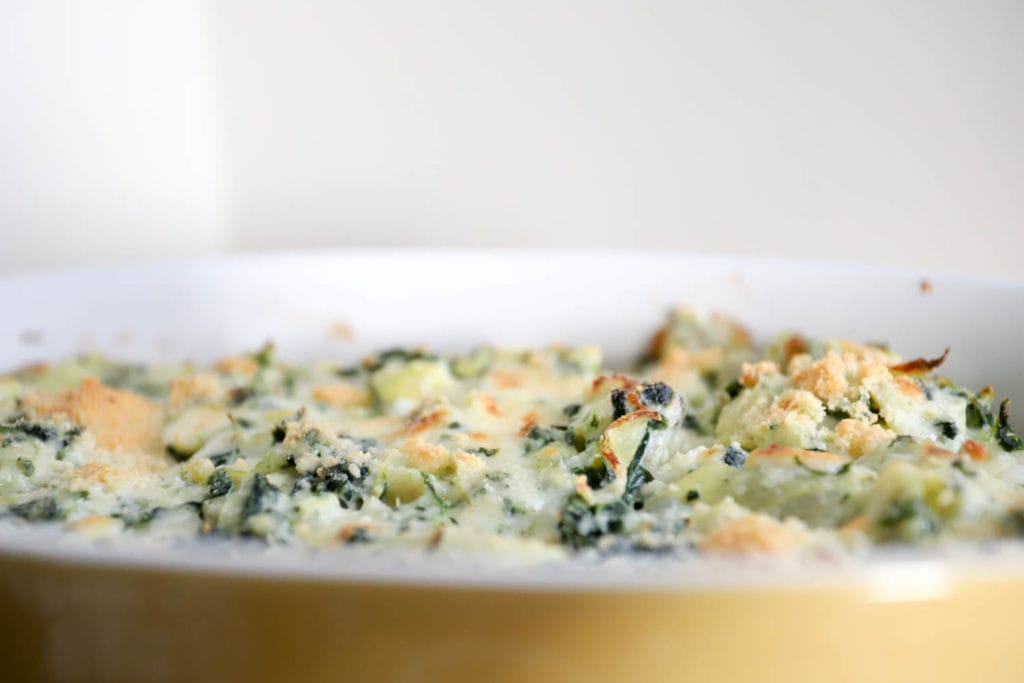 You deserve this. How was your weekend? Ours was fabulous, filled with a wedding with wonderful friends, cooking, family time, begging Beck to sit in a high chair to eat (??), yard work, enjoying fall weather, the absolute most perfect mix of relaxation and fun and productivity.

So instead of ruining that feeling with vegetables or a salad or similarly boring Monday meal, we're cutting straight to next weekend, where you should probably definitely for sure make THIS. Super simple spinach artichoke dip with four cheeses, including goat. Goat cheese makes it fancy, duh. My sister actually came up with the idea and I made a big batch of this for our last family gathering, and the dip was GONE in about four seconds. We have garlic and green onion for flavor, so much cheese, and the base is vegetables which practically makes this a salad, so no worries if you end up making this today and eating it with a spoon for dinner.

Let's not waste any more time talking about it.

END_OF_DOCUMENT_TOKEN_TO_BE_REPLACED

aka IT'S SUPER BOWL WEEK. 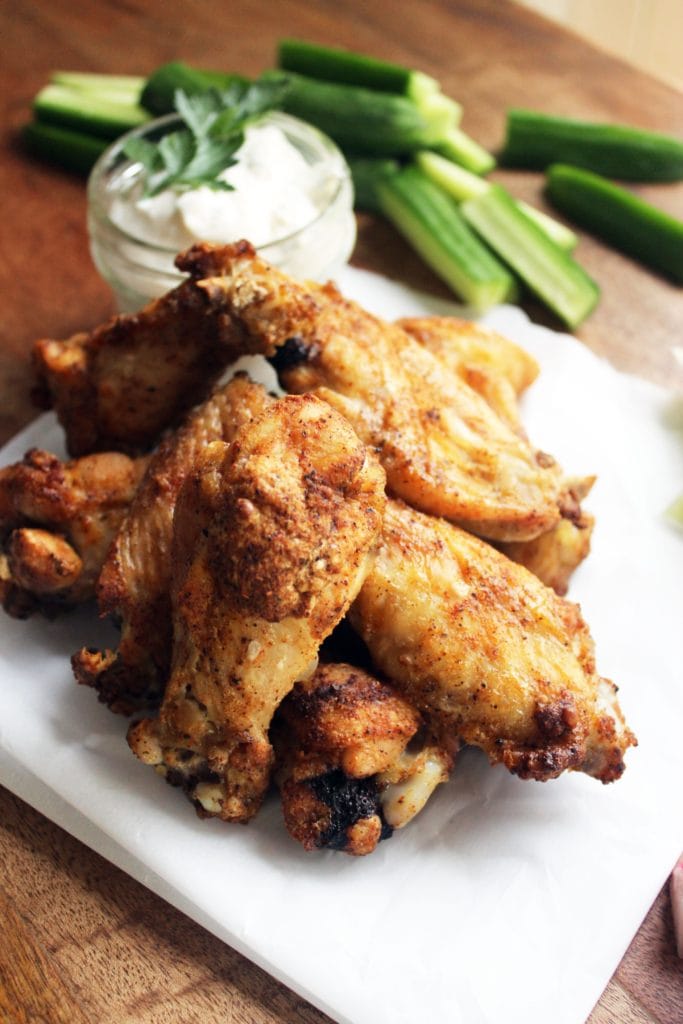 It is no secret in this world that I don't care a lick about sports.  I'll get excited by proxy when a home team does something good, and I care-ish about the schools I went to, but only as far as it relates to me brightening somewhat when someone informs me that they've won something.  Brightening somewhat, that's as far as I'll take it.

The food, however, is an aspect of sports that I'm alllll about.  And excuse to eat nachos or selections I'd rarely otherwise choose, basically.  Why is it that watching really fit people do really fabulous things makes us want to eat the most garbagy garbage there is?  Life is full of conundrums like that recently it seems.

Wings aren't garbage, for sure, and we healthy-ed these up even more by baking them and skipping a butter-heavy sauce, not that there's anything wrong with that at all.  I'll be the first to say I love fried foods, but wings kind of don't matter to me.  If the flavor is great and the dippers are yummy I honestly don't prefer a fried wing over baked or grilled, except for the crispy skin.  Soggy chicken wing skin is just the most sad thing, so much so that I'll pull it off and not even eat it.  So I wanted to bake wings, but I wanted them to be crispy.  So I read up, used this recipe for inspiration, ADDED to the cooking time, and boom.

Twice-baked dry rubbed wings.  The blue cheese ranch is just a bonus, but a bonus that you've more than earned.

END_OF_DOCUMENT_TOKEN_TO_BE_REPLACED

...with only 7 ingredients!  A few basic things, mix, bake, scoop into your open trap. 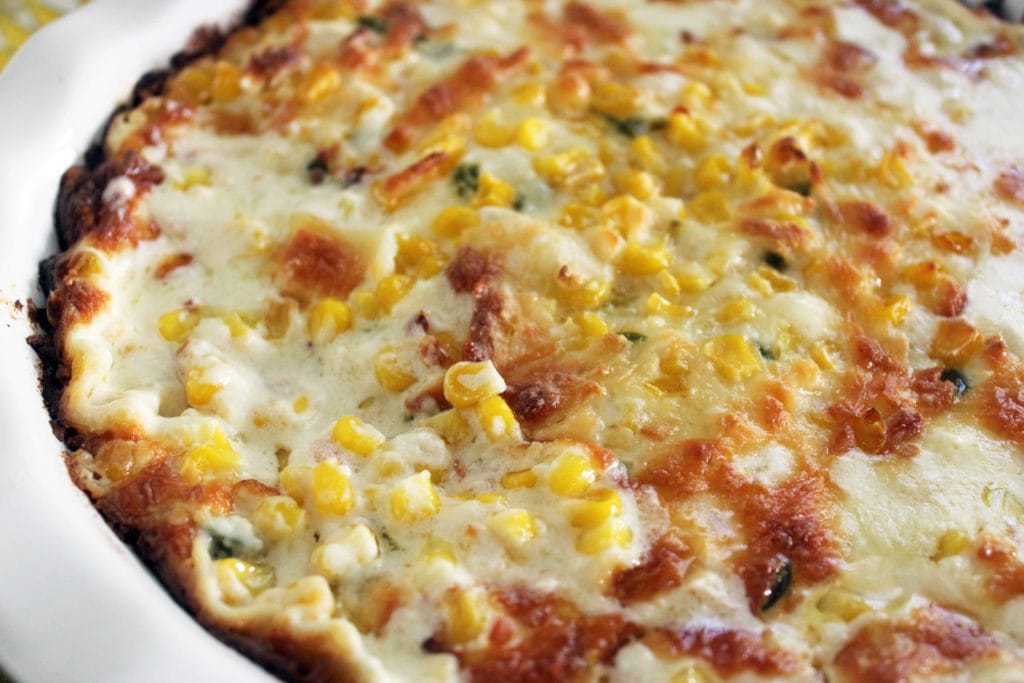 I've made this twice in the past 2 weeks, for different crowds, and both times it's been met with massive acclaim and very few leftovers, which is my main measure for success.  It's a little sweet, a little spicy, a lot creamy, and the easiest of all the easy dips.  I use frozen corn and jarred jalapenos, BUT I've also added a chopped fresh jalapeno on instances where I wanted more spice.  So, feel free to upgrade your ingredients if that sounds fun to you!

Mainly, though, make this your plan for football this weekend.  You owe it to yourself.

END_OF_DOCUMENT_TOKEN_TO_BE_REPLACED

Happy Thursday!  It feels like fall here and is dark in the morning (boo) and cool all night (yay!) and football season is in full swing, thank goodness for Jay who really needed 4 days off of life per week (damn NFL, man).  Jk, he's great. 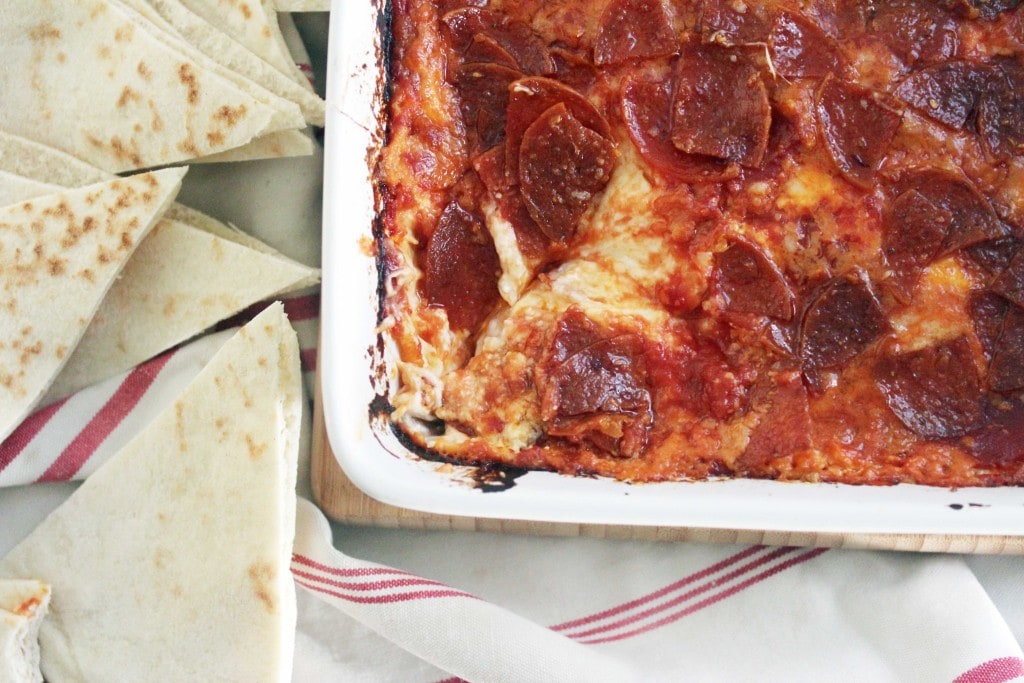 I've noticed this dip making the rounds on Pinterest, and with good reason!  It's delicious, so simple, and pizza duh.  ...

END_OF_DOCUMENT_TOKEN_TO_BE_REPLACED

Ok so I have the most wonderful new football season recipes comin' atcha, because if you know me at all you know that I'm all about that buffalo and have no clue why football players need so many breaks.  Ballet dancers don't quit after every pirouette, you know what I mean? 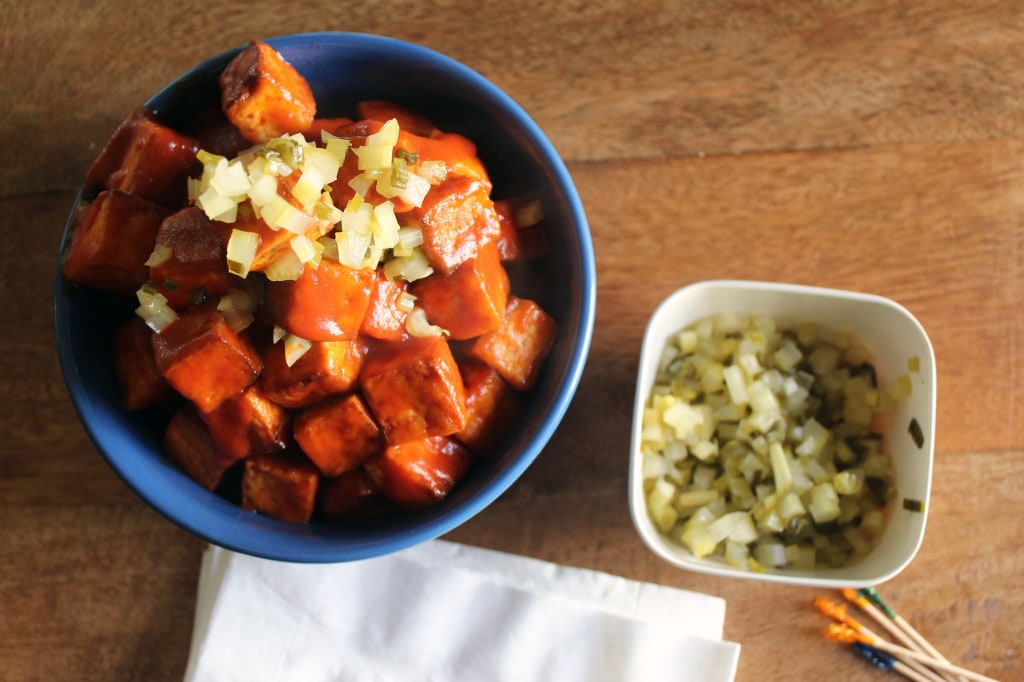