Ok, I think it's the most cliche thing EVER to say that you just love takeout Chinese but it's SUCH an indulgence because do you KNOW how many calories and grams of sodium are in it but OH it's just so good and sometimes you just NEED IT, amirite?

Skinny people say that.  People who "indulge," once every two years.  Which, to be fair, is probably closer to the definition of splurging than "twice a month," but whatever.  We actually rarely eat Chinese takeout not for any of the above reasons but we just have a long list of other takeout food that we like better.  Middle Eastern, Indian, and Pizza, in that order, are our favs.  Indian might be first, actually.

We DO like greasy Chinese, because who the hell doesn't, and also every time I think of beef and broccoli I think of Jennifer Connelly in He's Just Not That Into You saying "sure I can't interest you in some beef and broccoli?" right after she banged Bradley Cooper in his office while Scarlett Johansson is waiting IN HIS CLOSET because she's having an affair with him.  Literally the first thing that comes to mind every time I hear the name of the dish.  Jenn has a weird accent after she bangs Bradley Coopers in their offices.

So we need an easy beef and broccoli recipe.  Because it's easy to make at home, involves veg+protein+carb, and is effing delicious.

END_OF_DOCUMENT_TOKEN_TO_BE_REPLACED

IT'S THE MONDAY BEFORE CHRISTMAS! 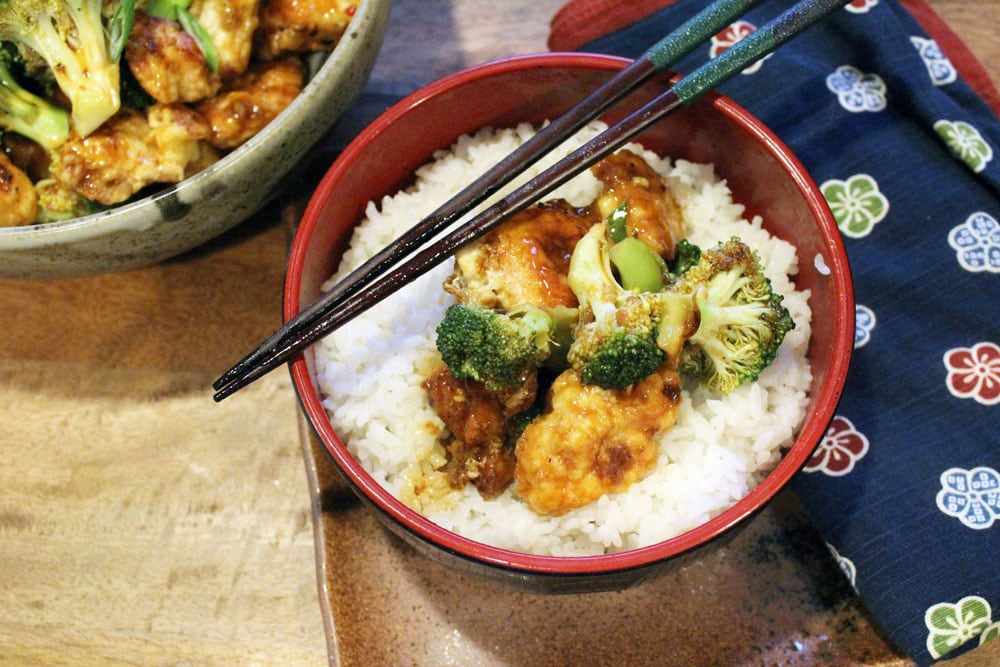 That mainly means it's not a Monday.  It still feels like last week for us - we worked all dang weekend because APPARENTLY people like purchasing food from us.


That's actually a great thing, but my knees hurt.  Because I'm old.  Currently there's a double batch of broccoli cheddar cornbread in my oven and DANG SON does that smell good.

Today, though, we're doing something different!  Something yummy and maybe not Christmasy but wait for it....

END_OF_DOCUMENT_TOKEN_TO_BE_REPLACED

You guys kind of went nuts with these Sloppy Joes I made a few weeks ago, and, that makes me happy. Because I did to so....we're bff!  Thank G.

I've made the mixture a few times since I showed you this recipe, and I CAN'T get enough.  You can do anything with it!  The flavor lends itself to, um, ANYTHING, so I think we should play around with how dang good this stuff is. I love the rich beefy flavor that comes from the oyster sauce and other ingredients, and I tend to go a little nuts with hot sauce so....just YES.

Since today is Thursday and Thursday just kind of...needs...ground beef, here are some things you could do with the mixture if you aren't feeling sloppy joes.

END_OF_DOCUMENT_TOKEN_TO_BE_REPLACED

I MADE US THE BEST SALAD EVER!

There are hardly any vegetables, if you're into that kind of thing. 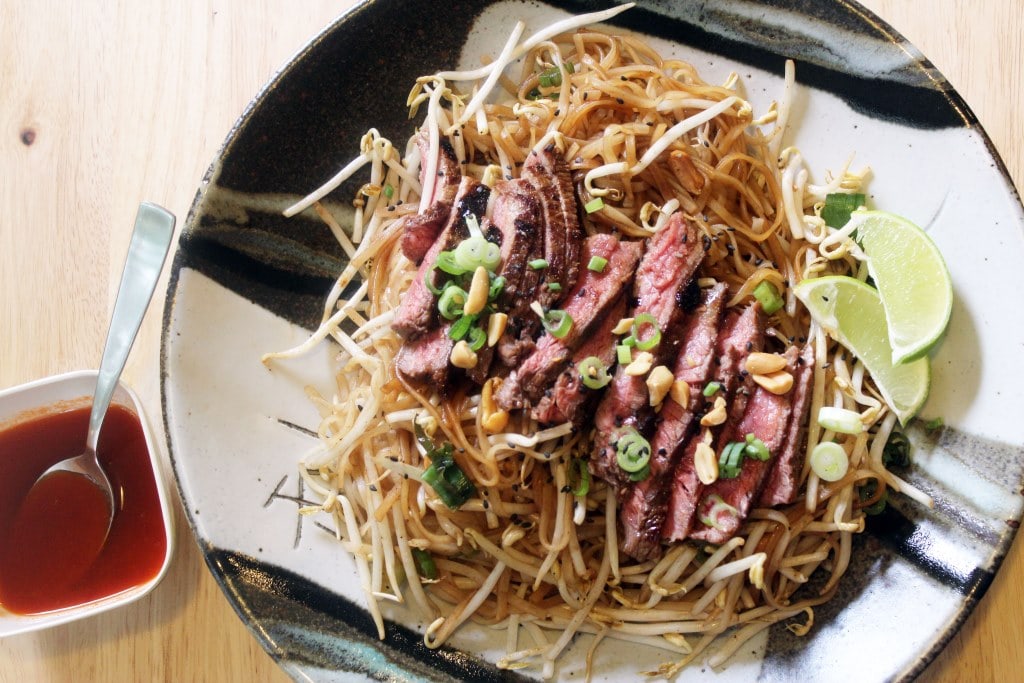 There's also an excruciating amount of Sriracha - in a good way.  JAY actually said that the drizzle for this was spicy, and usually when I start sweating over food he adds another good tablespoon of hot sauce to his meal.  So - success!  I made something hot enough for my hot man.

I've been seeing a lot of these Asian-style salads recently, and it just seemed RIGHT to add one to this little site we've got.  I love noodles, I REALLY love Asian food, and steak is just...GREAT for lunch on a Saturday afternoon, when we ate this.

END_OF_DOCUMENT_TOKEN_TO_BE_REPLACED

This has got to be low carb too, yes? 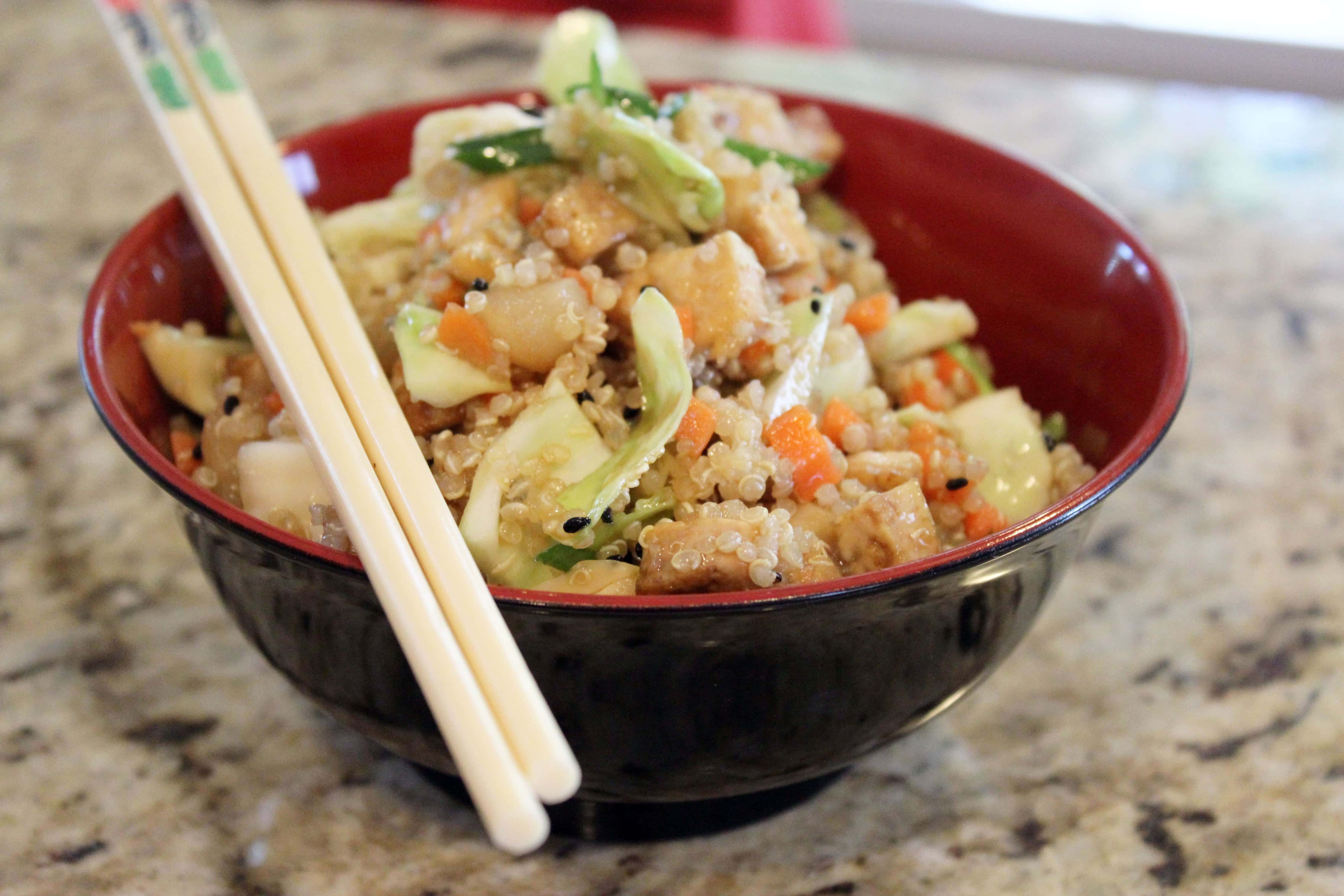 This is delicious, kids.  Yesterday after I introduced the whole vegan-week thing (thanks for the lovely response to that!), I got to thinking about what I could make vegan.  It was HARD.  My go-to flavor components are cheese and butter so...YEAH.  About that.

The more I pondered, the more I realized that a LOT of Asian-style dishes are already vegan, or very close to it.  There isn't a ton of random animal-derived junk to contend with replacing, and minus a few fish-based ingredients which can be eliminated easily, there are TONS of major flavors in Asian-style cooking that are totally plant based.

So, that's what's up first.  Asian-style quinoa with raw veggies and crispy tofu.

I KNOW.  It doesn't sound contrived.  It sounds just like....something I would already eat?  That's the point - not to fake out anyone, not to hide crap and call it meat when it's really...not...but to eat real, fresh food that tastes GREAT and just happens to be vegan.