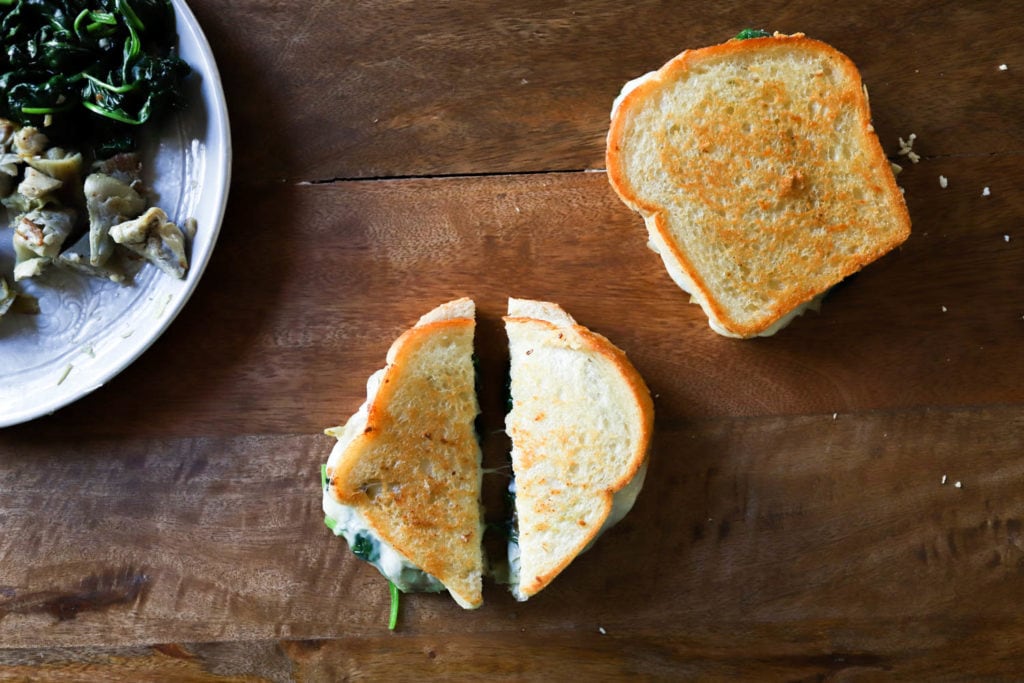 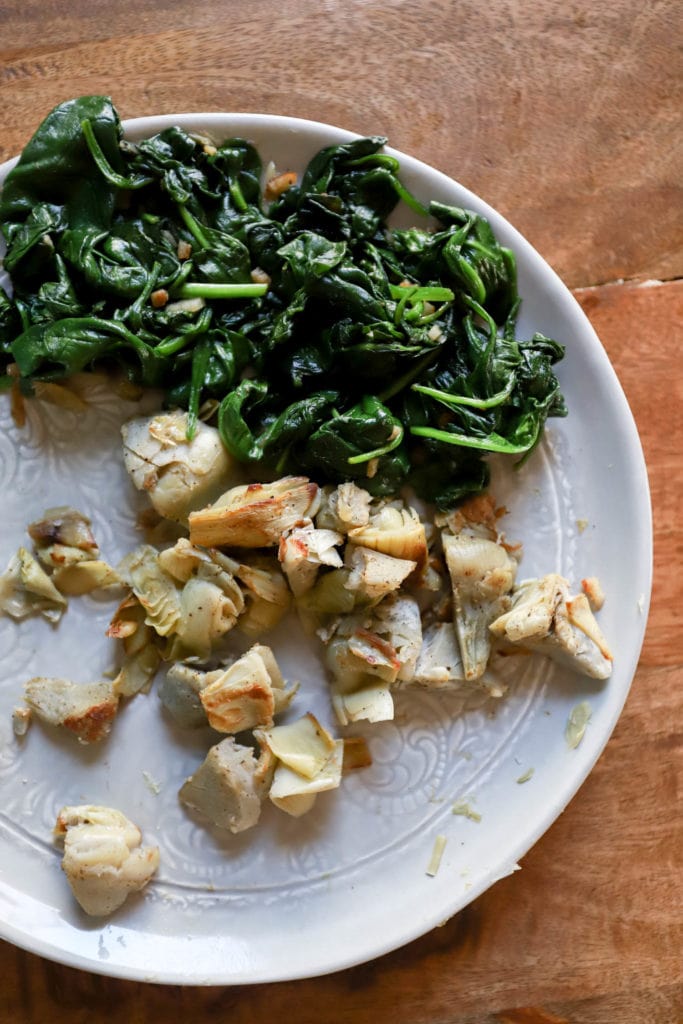 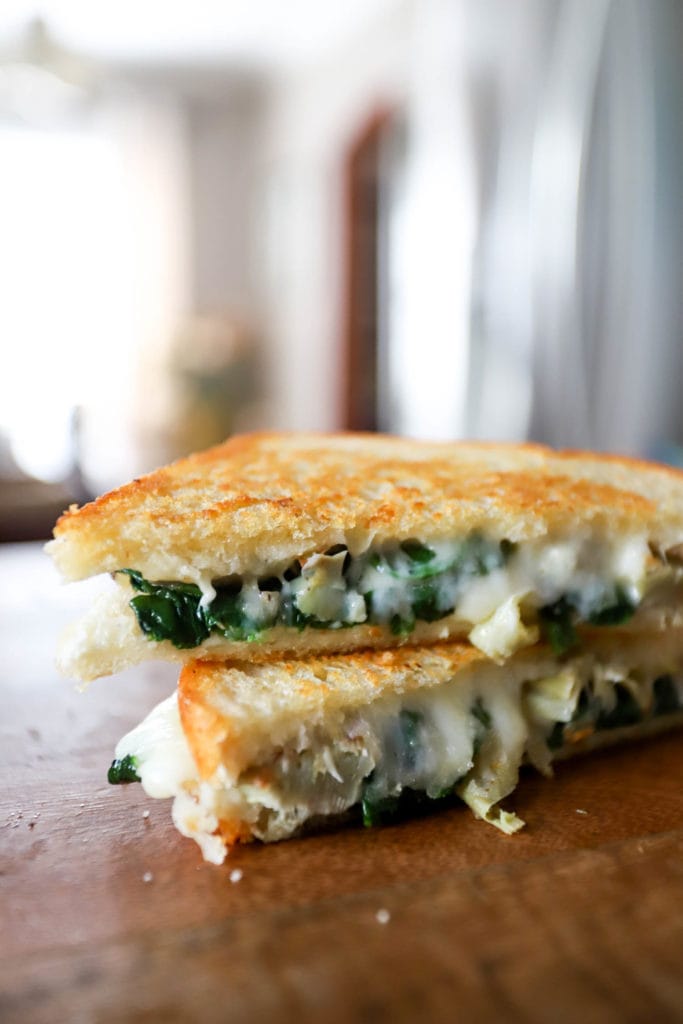 You need! Butter, bread, and cheese, of course. Salt and pepper, fresh spinach, garlic, and artichokes. Canned or frozen are great, just not marinated, and pat any artichokes you use dry before you sear them in the skillet. 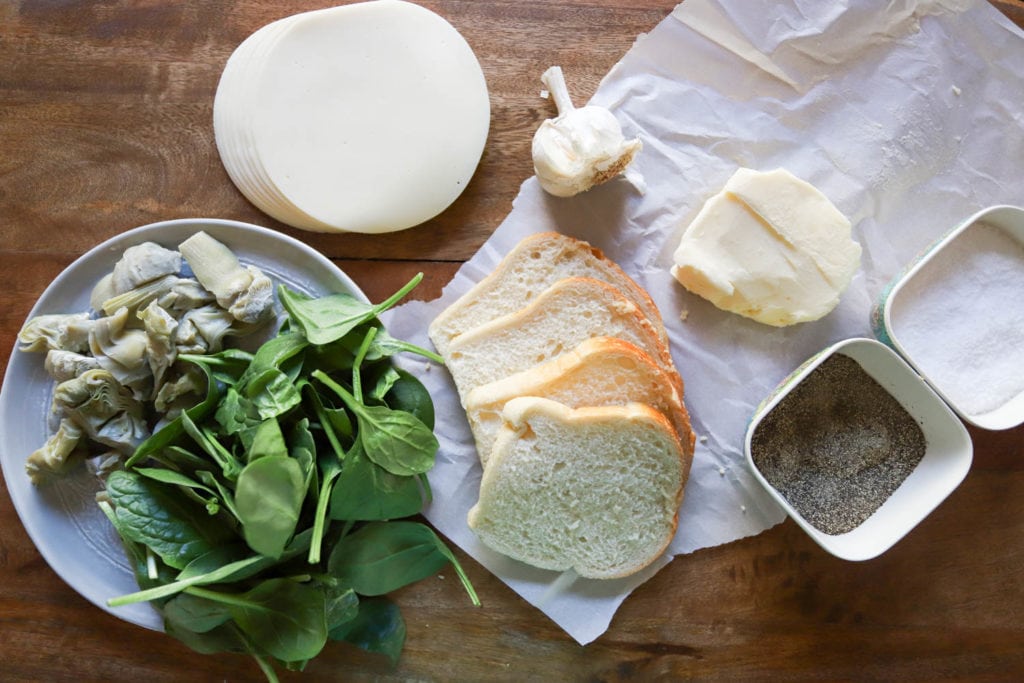 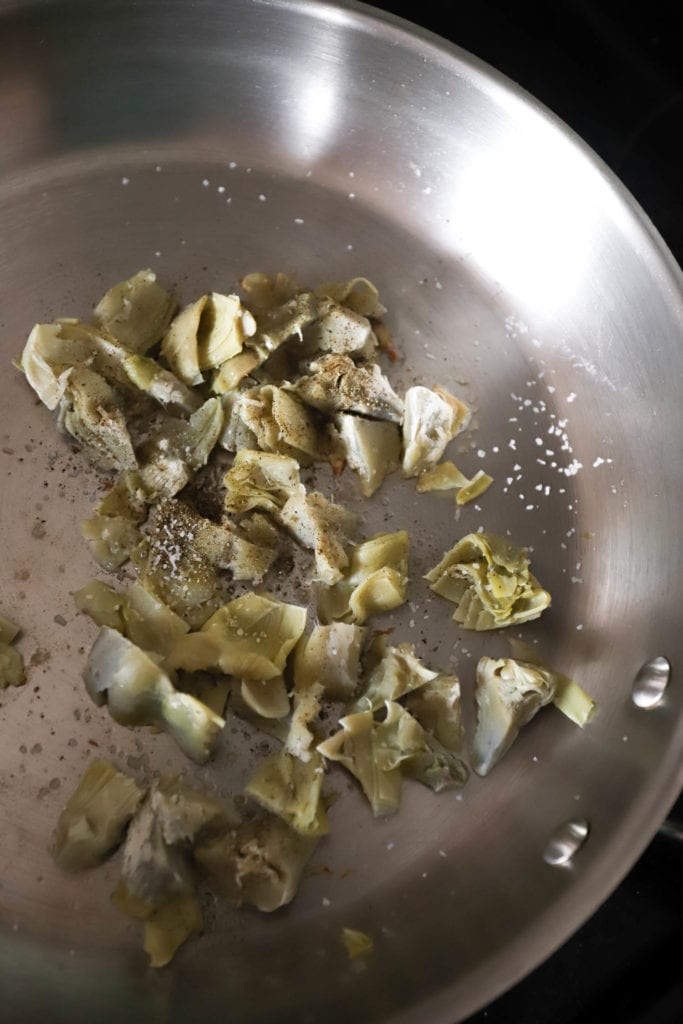 Turn the heat on the skillet down to medium-low, and add another pat of butter to the skillet. Add the spinach and a minced garlic clove with another sprinkle of salt. Use tongs to toss the spinach and let it wilt; this will take two minutes or so. Like with the artichokes, remove the spinach to a plate to rest. 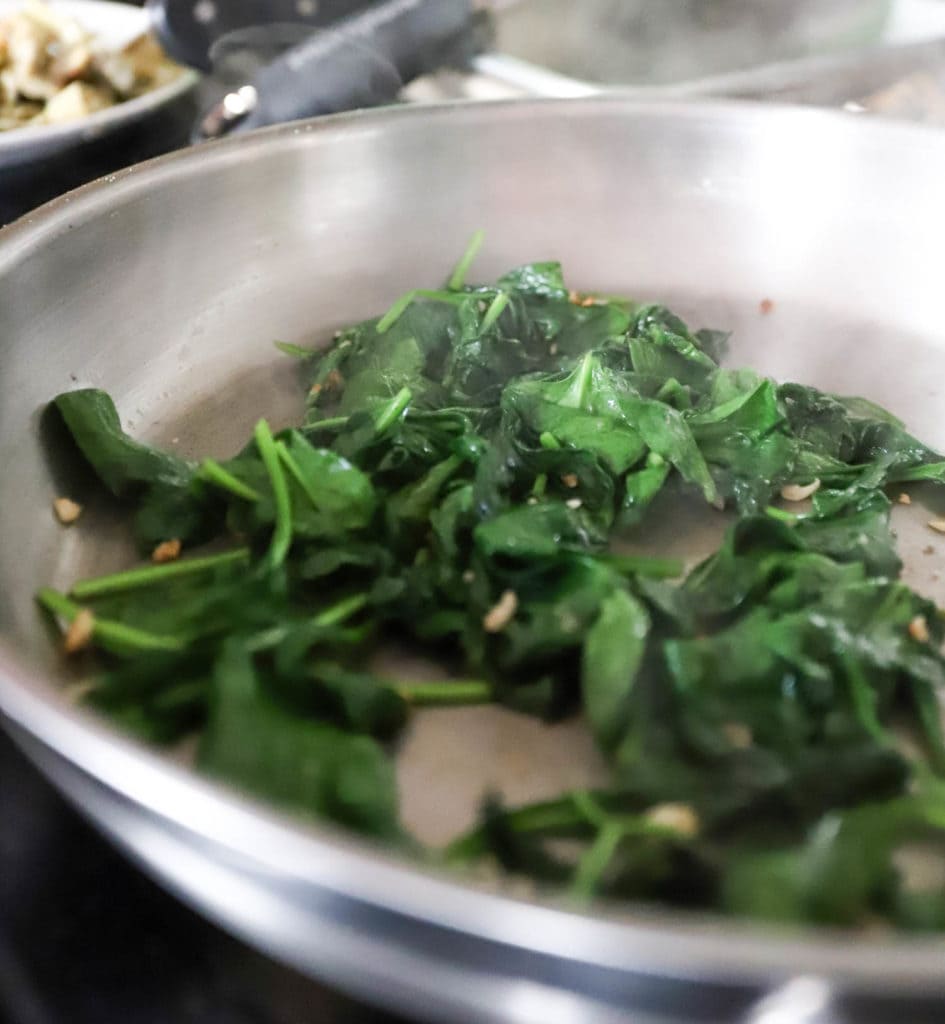 Now, sandwiches! The pan should be warm but not terribly hot at this point so we have time to melt the cheese without burning the bread. Add another pat of butter to the skillet, then place bread slices in the butter. Top the bread with a piece of cheese and a thin layer each of the spinach and artichokes. Add another layer of cheese, then another piece of bread, and press down gently to help the sandwiches hold together. 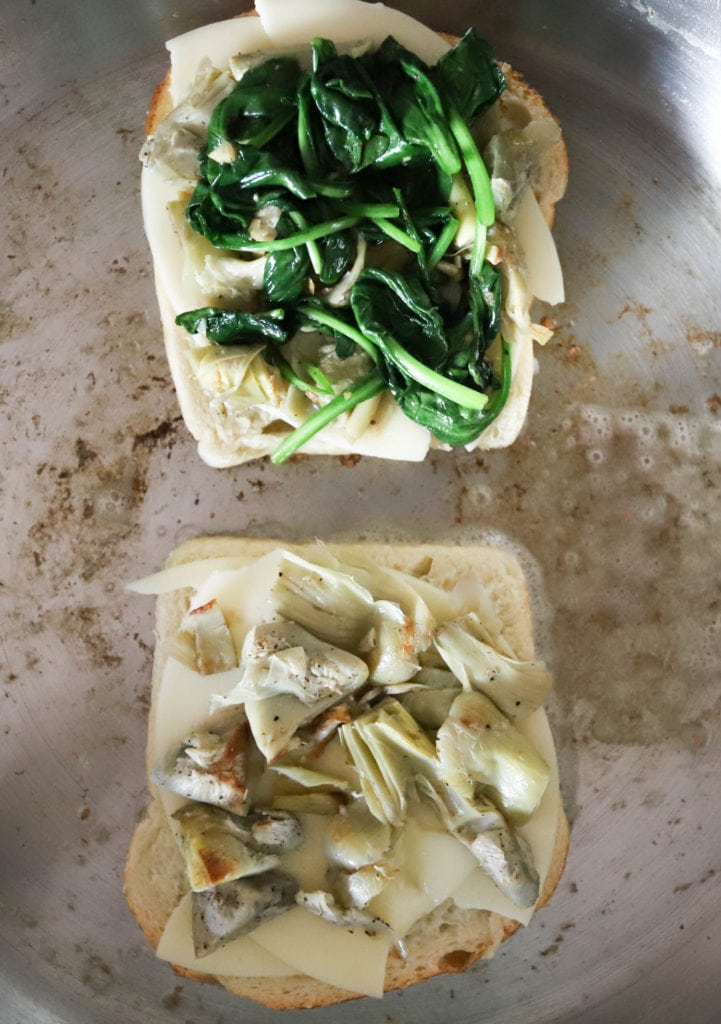 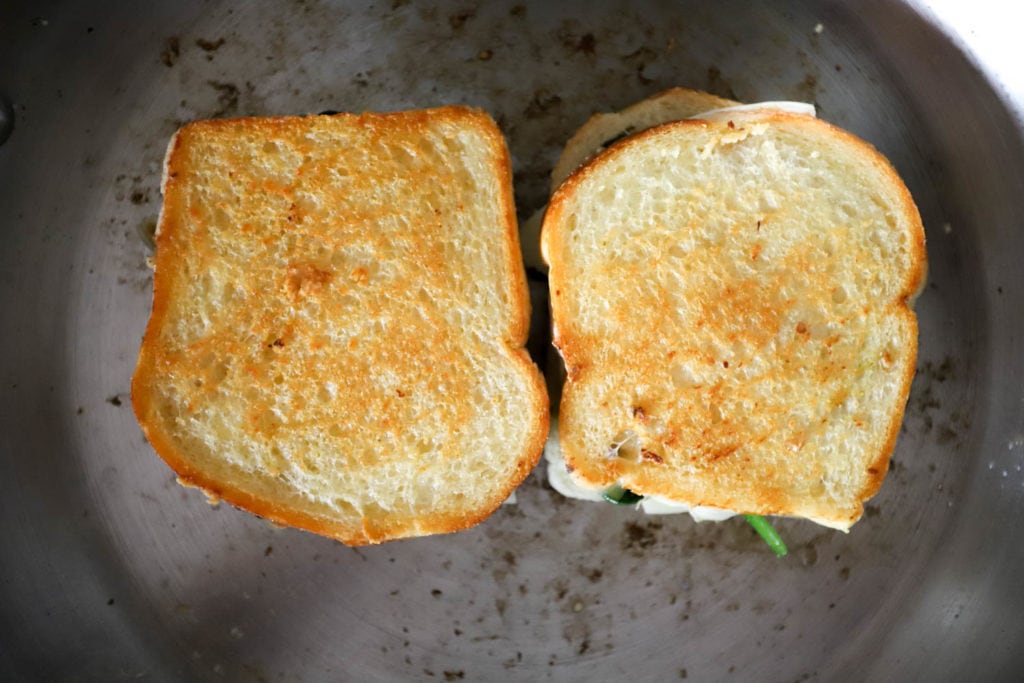 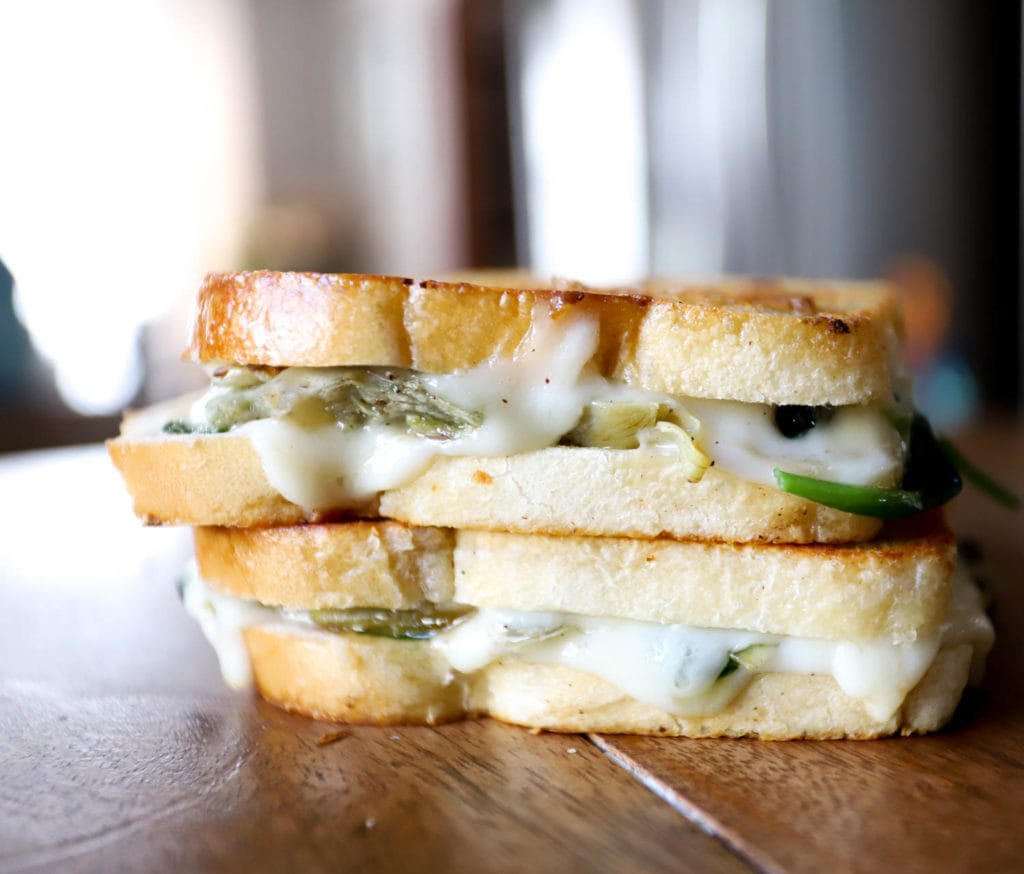 If there was ever a time to perfect your grilled cheese technique, this would definitely be it. These are a treat for us; we don't eat sandwiches all that much in general, but these are SO worth it and fun for a mid-week pick-me-up. 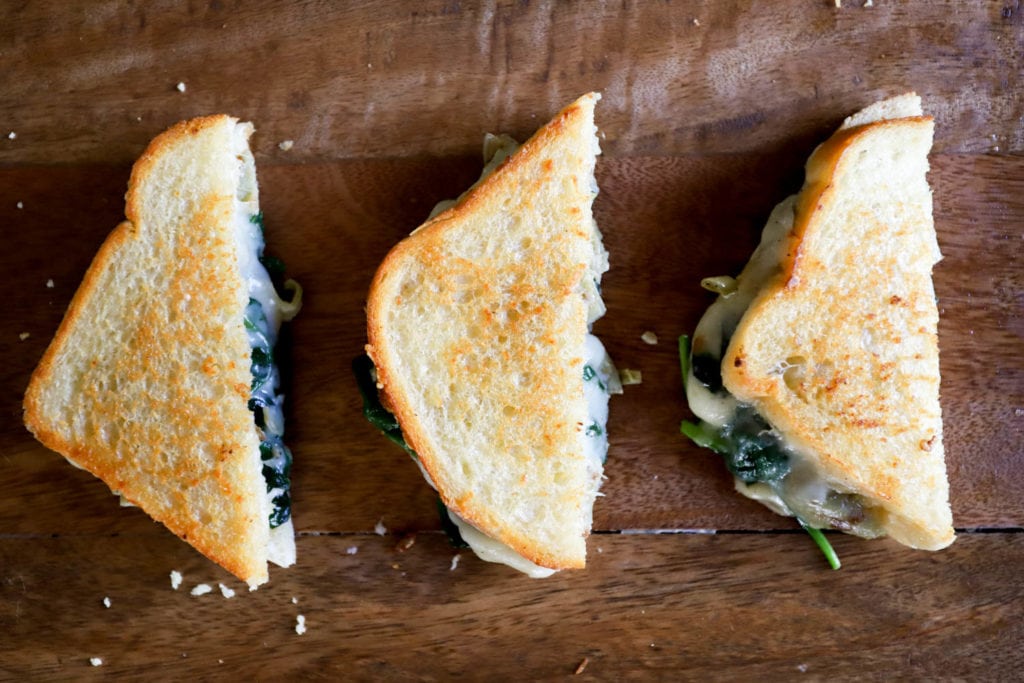 Eat without delay while the cheese is so gooey. 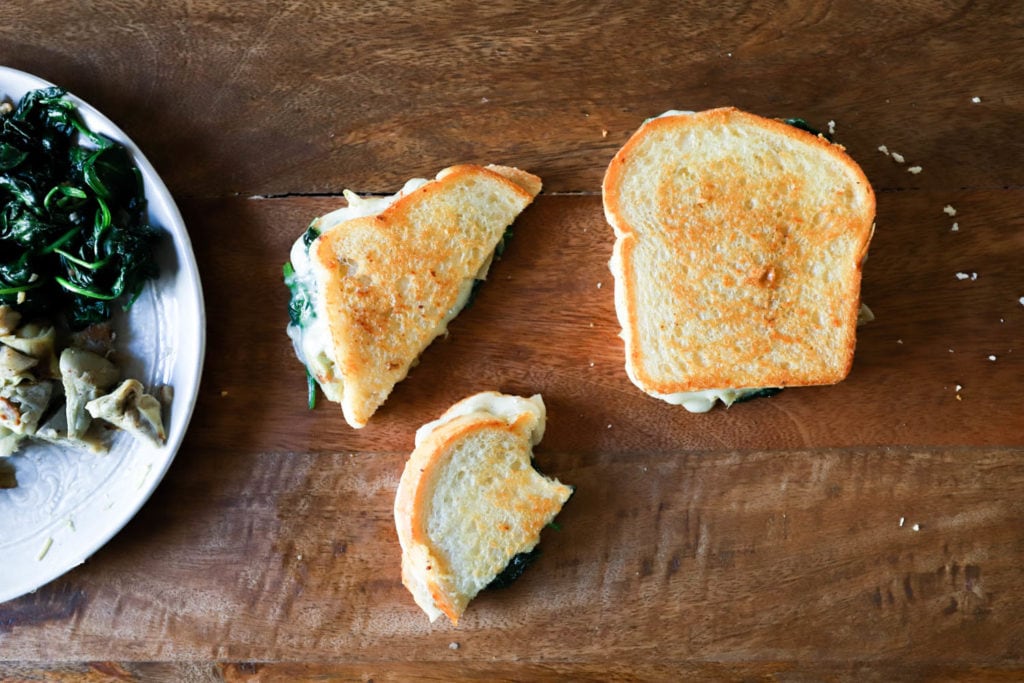 You will LOVE these. They're so good, include vegetables, and you could totally make the spinach and artichoke components in advance if you were organized, then just build the sandwiches when you want to eat. Maybe add a side salad. 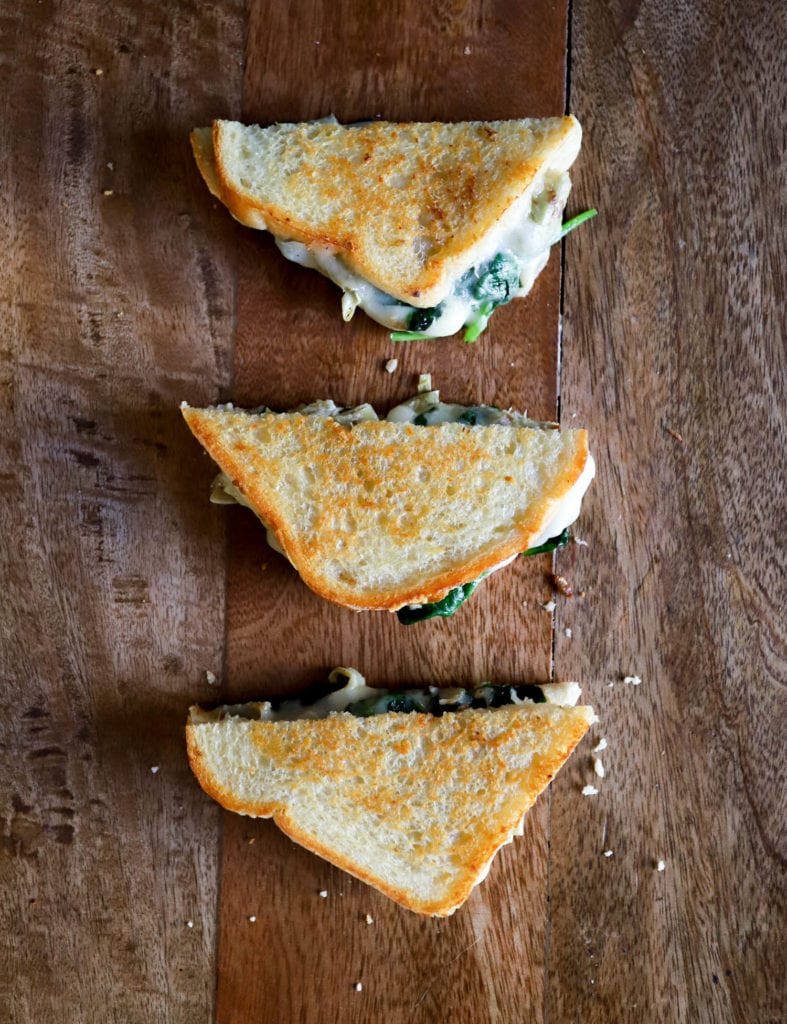 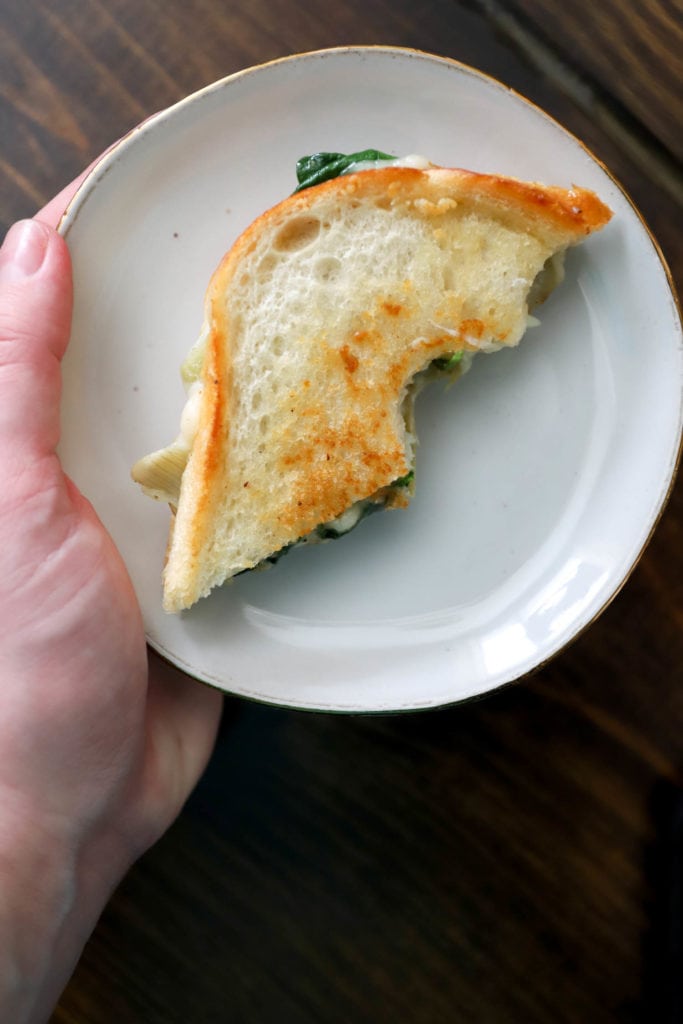 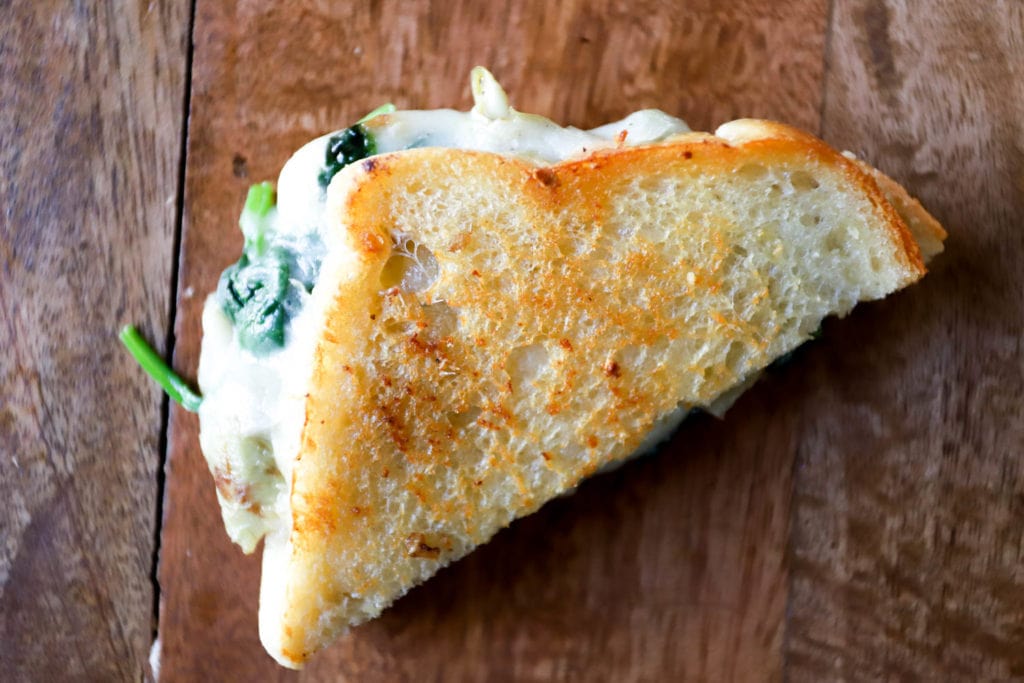 « Buttery Ham and Swiss Sliders
What to Make for Valentine's Day »