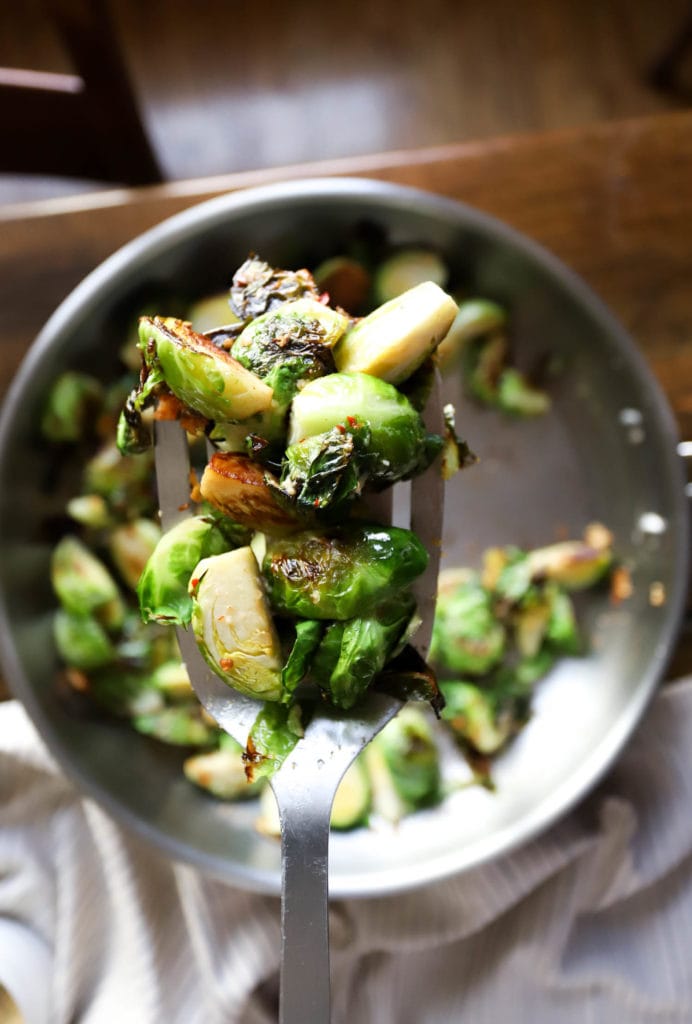 But let's back up. I went to brunch at this new hipster place recently for a friend's birthday, and it was .... predictably brunchy yet good. Beermosas, runny eggs on everything (no thanks), and the promise that "if you like this you should come back for dinner," which I totally want to because I don't like eggs. Make no mistake, the brunch itself was fabulous, I was child-free, the conversation was amazing, and we ordered some dish that included fried Parmesan Brussels sprouts as a base to a grit cake and a poached egg. My friend (we were sharing) got the whole egg, I got extra sprouts, all was right with the world.

The gist was this: the Brussels were definitely fried, but then tossed in COPIOUS amounts of Parm after the cooking process, so there was this great contrast between the cooked veggie and shredded cheese, which I loved. For this method, I did a pan-sear + oven cook to avoid the fat and stink of frying. The result is similar but healthier, and extra parm and crushed red pepper over everything makes this our new favorite way to eat Brussels. You will need an oven-safe skillet, usually cast iron or stainless steel, but I have some nonstick skillets that can be in the oven at high temperatures, so there are lots of options for cooking this dish. 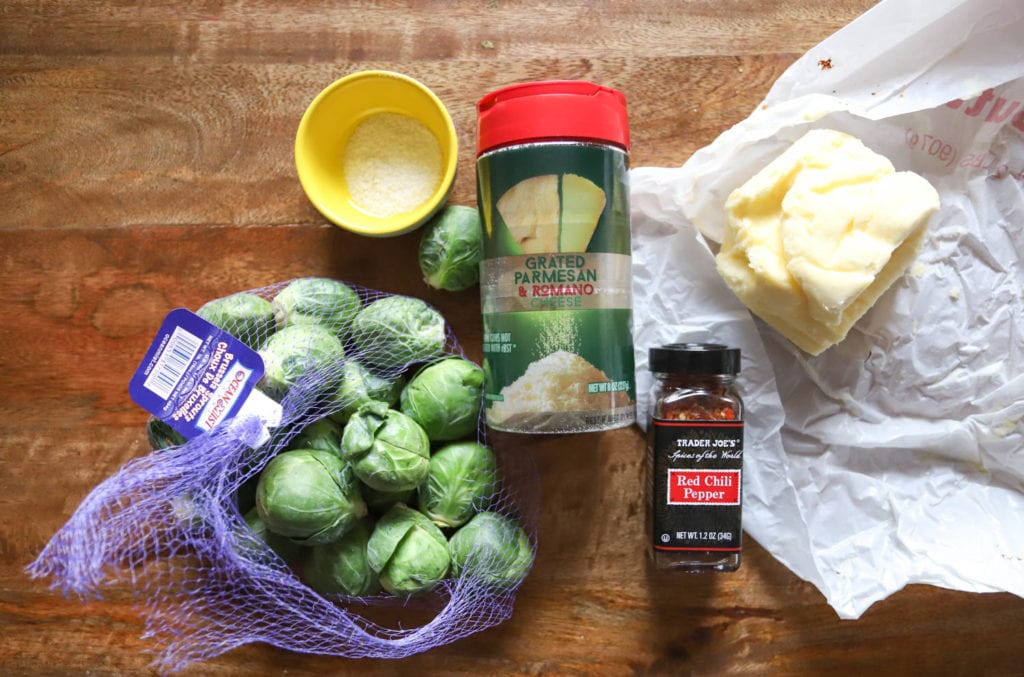 First, preheat the oven to 400F and preheat a skillet to medium-high with the olive oil for 5-10 minutes while you trim and cut the Brussels. Depending on how large or small your sprouts are, cut them in half or quarters so they're about all the same size. When the skillet is very hot, add the butter. When the butter melts, add the Brussels in one layer and let them sit. 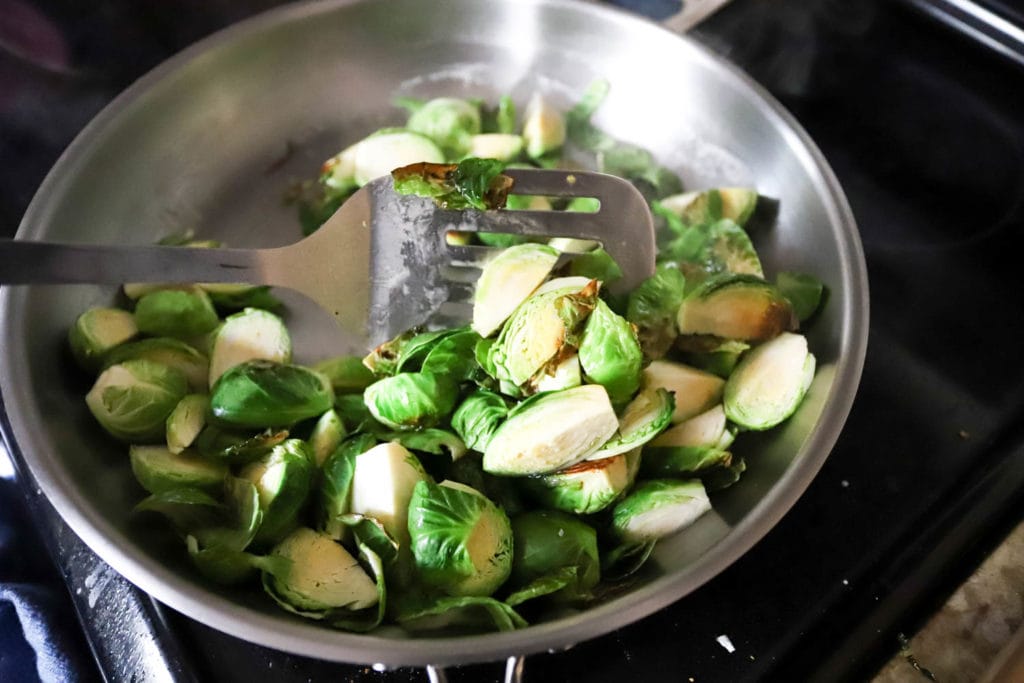 Don't mess with the sprouts at all during this time so they get nice and crusty on the bottom. After five minutes, toss the sprouts just a few times, then sprinkle on 2 tablespoons of the Parmesan, the crushed red pepper, and the salt. Toss the seasonings with the sprouts, then arrange them back in one layer on the skillet. Turn the heat off the stove and transfer the entire skillet to the oven. 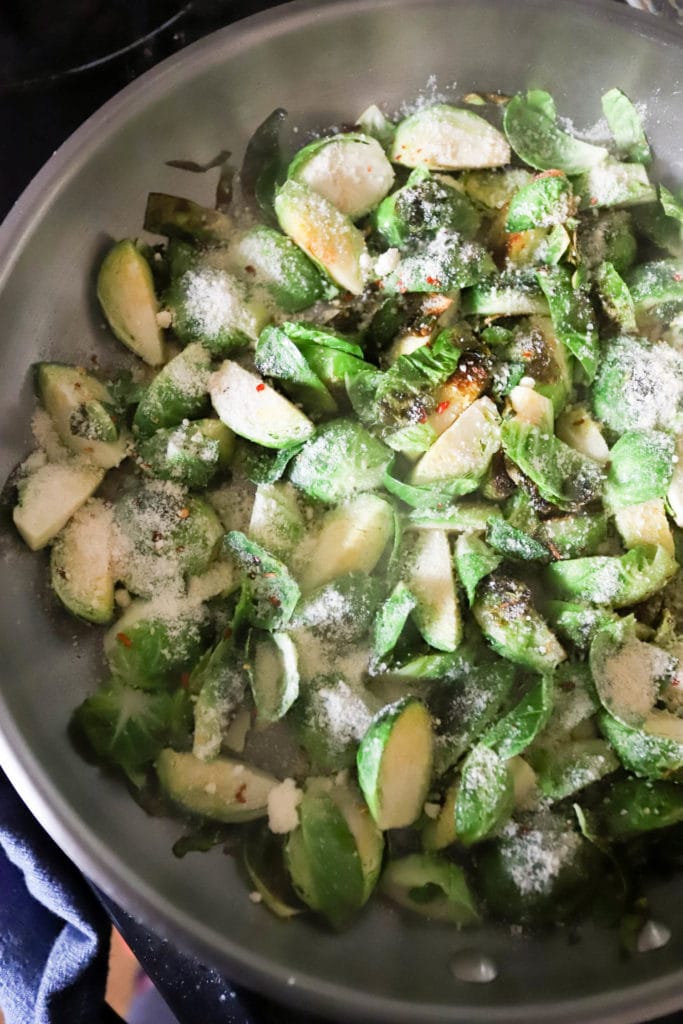 Roast the Brussels for 10 minutes just until they're bright green and tender but not mushy. Taste one and add a pinch more salt if you'd like. 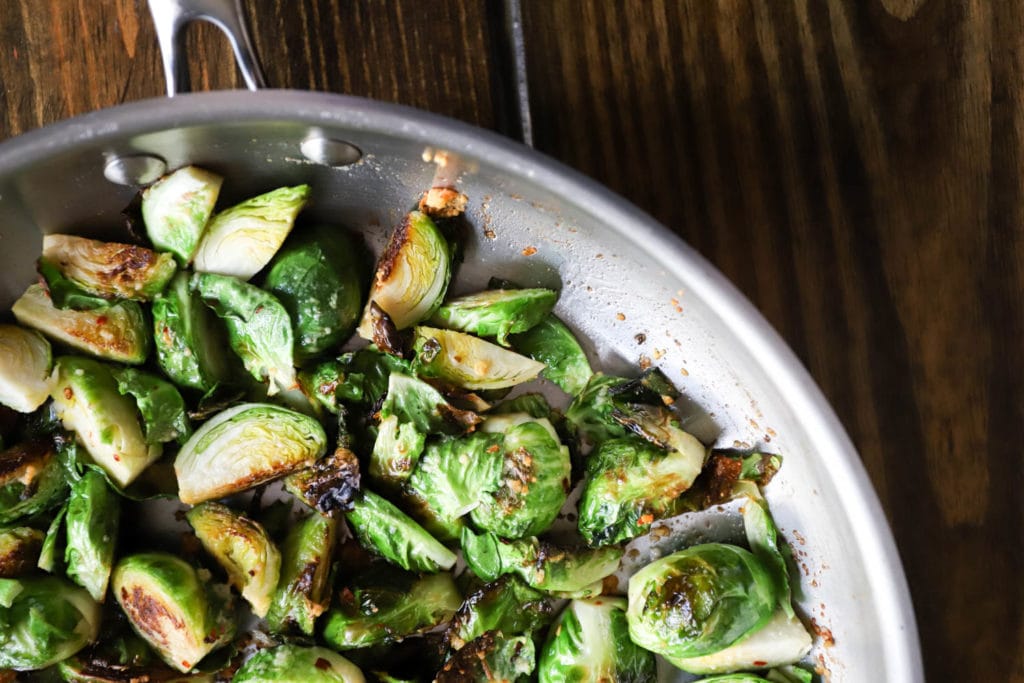 Toss the Brussels sprouts one time, then sprinkle the last tablespoon of Parmesan over the entire skillet right before serving. 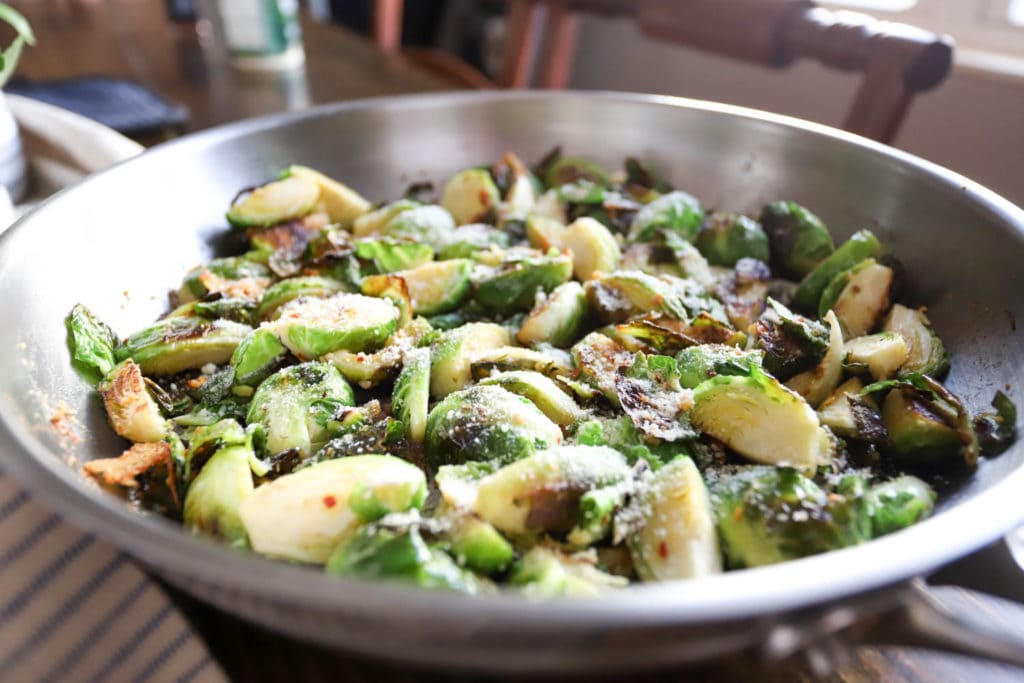 Done! Super simple, a great mix of crusty bits of Brussels, cheese, and a little spice from the crushed red pepper. 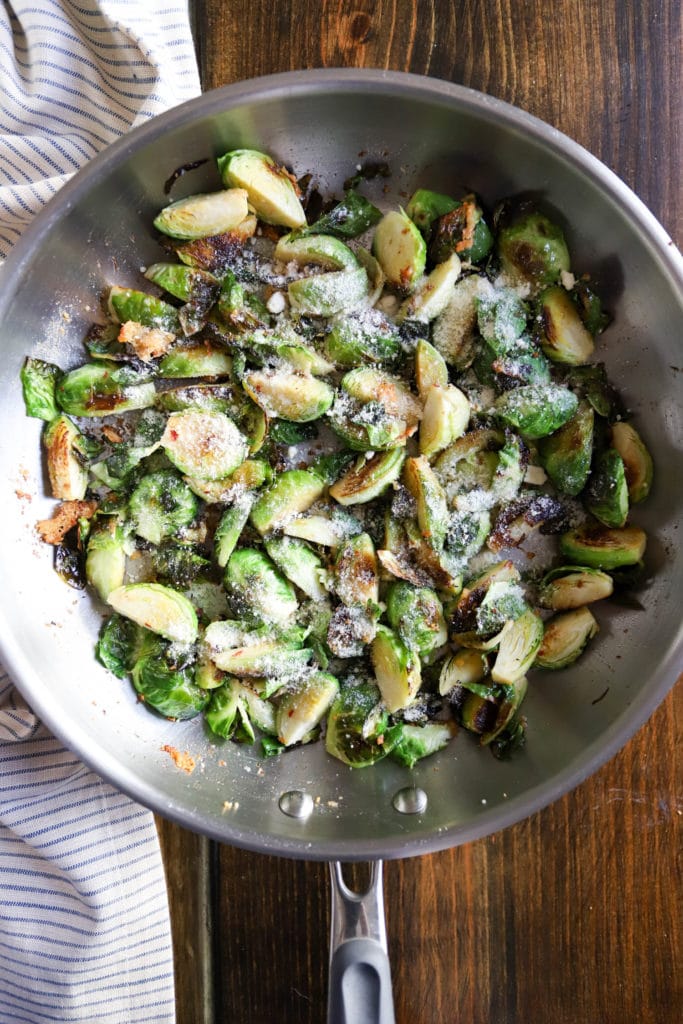 If you are an egg lover, I highly suggest this under a poached egg, it seems to go over well with people. If not, a side dish for breakfast, lunch, or dinner is right here in this skillet. Yes, Brussels for breakfast. Brussels for President!