Ok, I know this is kind of like 2 pasta recipes in one week, but I figure we need to counteract a mac recipe with a side dish that is alllll veg, right?  You've done spaghetti squash before, tell me you have.  It isn't pasta-like like some people like to claim, but it shreds up beautifully and is a great alternative to a starchy side while being obviously way healthier than pasta.  A few weeks ago Jay and I had a daydate to see some comedy and we ate at Roost after.  One of their new veg entrees is sauteed spag squash, so we got it to split.  It was GREAT, much more flavorful than we're used to.  The server told us that the secret was roasting the spaghetti squash THEN sauteeing it with the rest of the stuff, so that's exactly what I did. 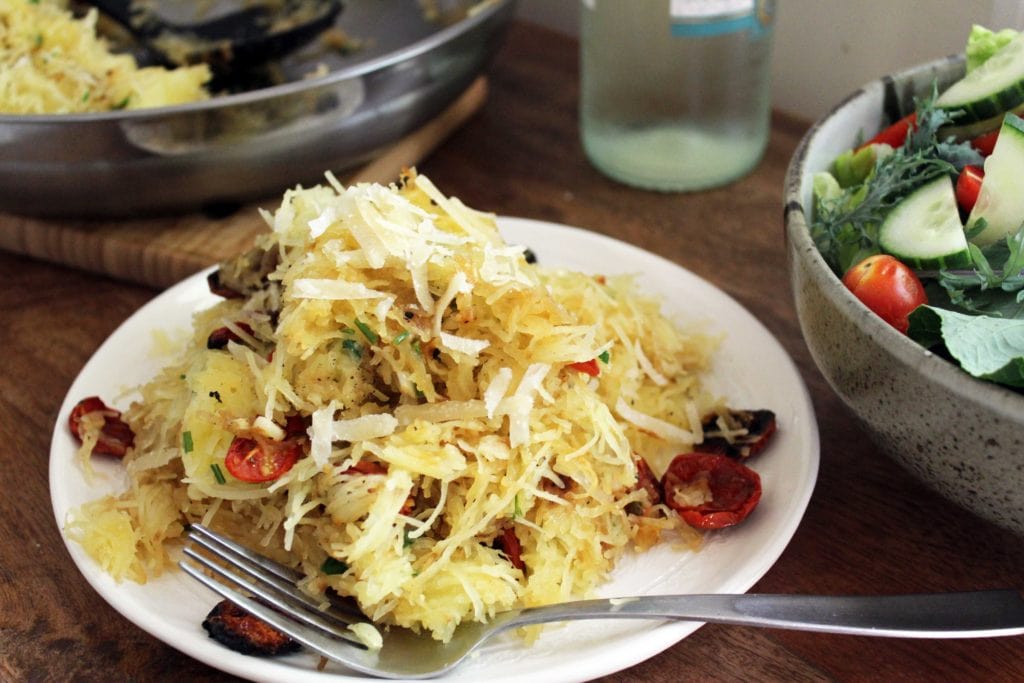 You can add whatever you'd like to this, but I went super simple with garlic + herbs + parm + tomatoes.  We loved it so much, I could honestly eat this every day all summer.  Which I've said about approximately 9,837 dishes recently.  SORRY about that.

You need spaghetti squash, about ½ squash per person (for a main dish, less if this is just a side).  Then you need cherry tomatoes, parsley, fresh parm, mascarpone cheese, and garlic.  Salt and pepper, done and done. 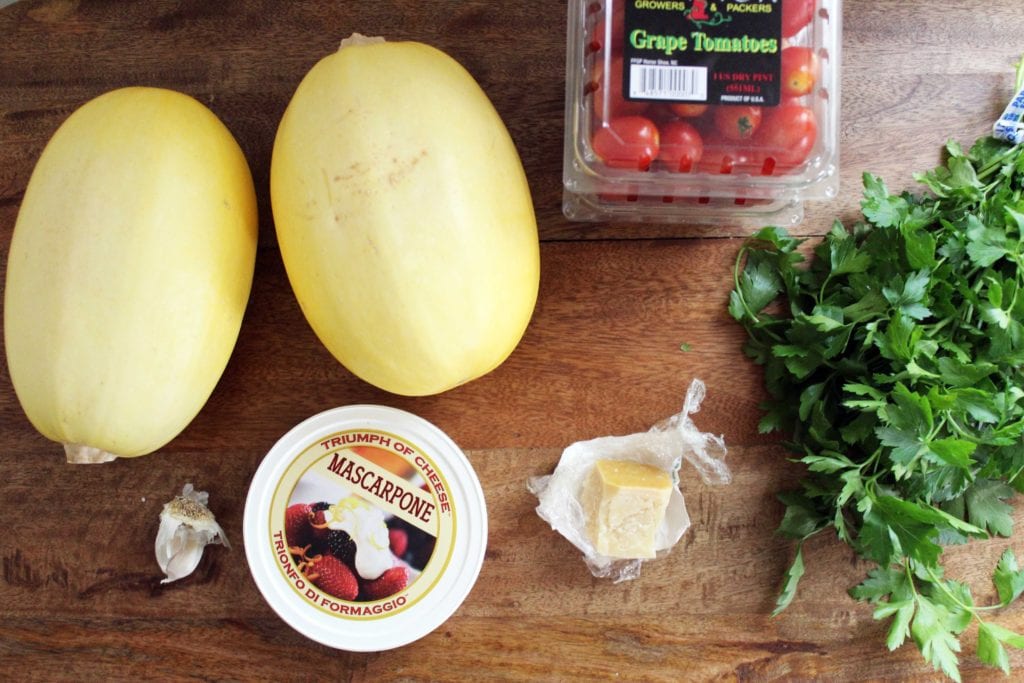 The longest part of this recipe is roasting the squash, but that's obviously hands off so feel free to spend the time begging your child to take a nap.  Put the squash whole on a baking sheet in the oven at 450F.  Let it roast for an hour or maybe an hour 15 until you can poke it easily with a fork - it should be SOFT. 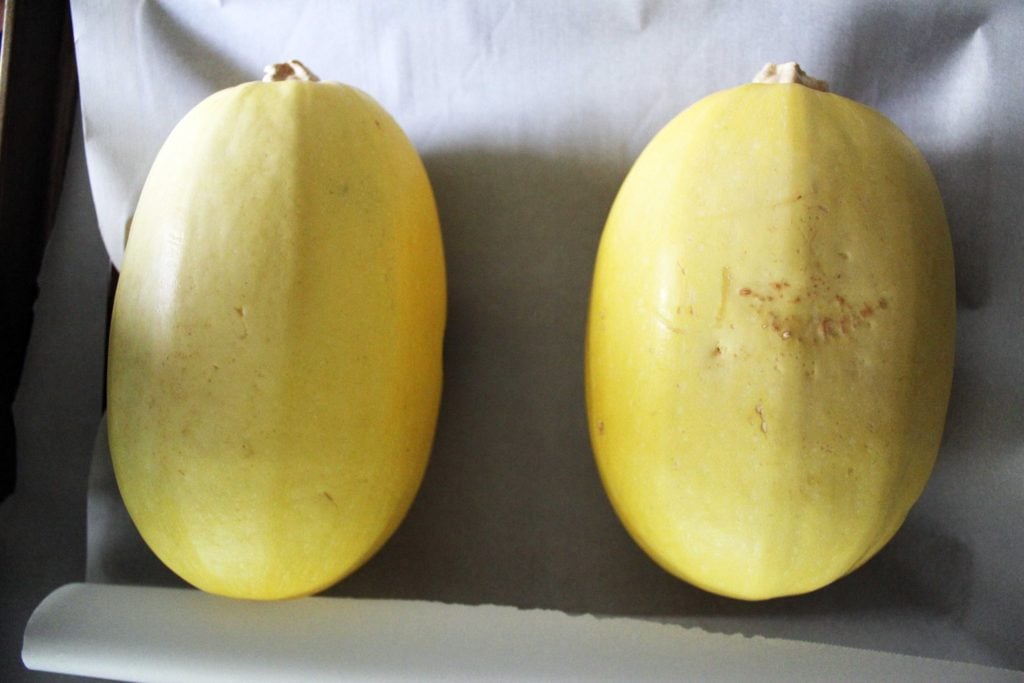 At the same time, we'll roast the tomatoes.  Cut them in half. 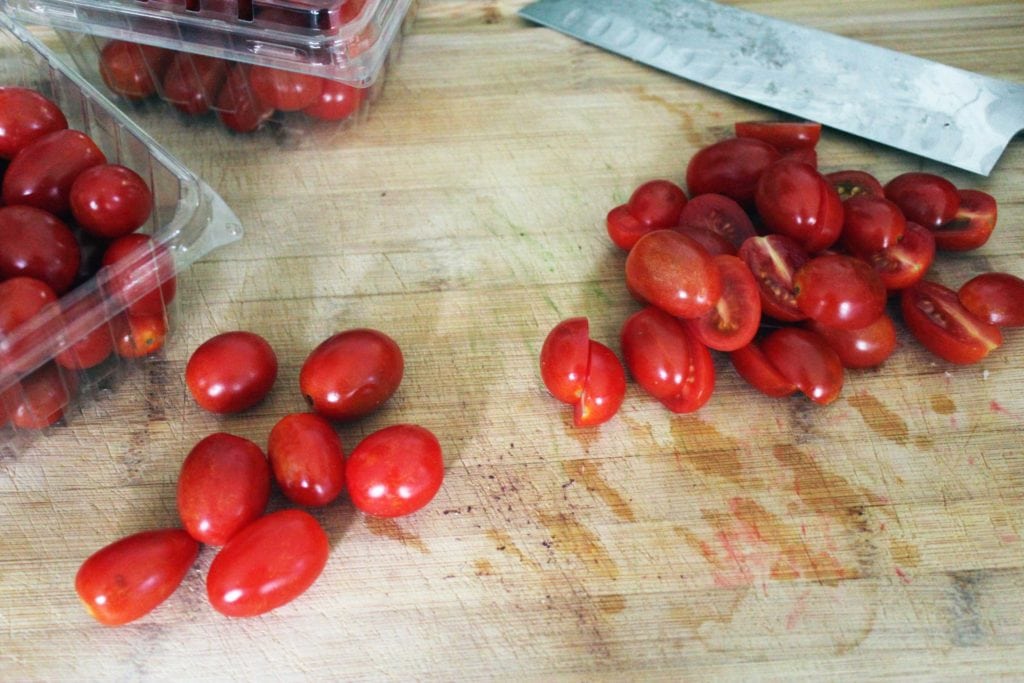 Put the tomatoes on a separate baking sheet and drizzle them with olive oil.  Sprinkle them with salt, too. 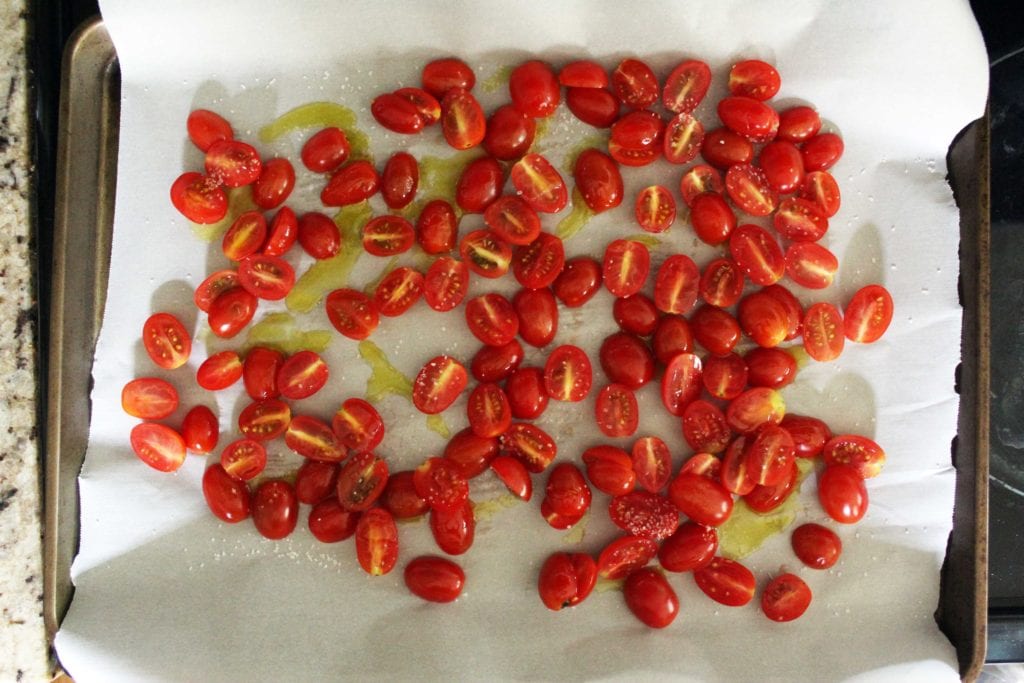 Roast the tomatoes in the oven with the squash - they'll take about 30 minutes. 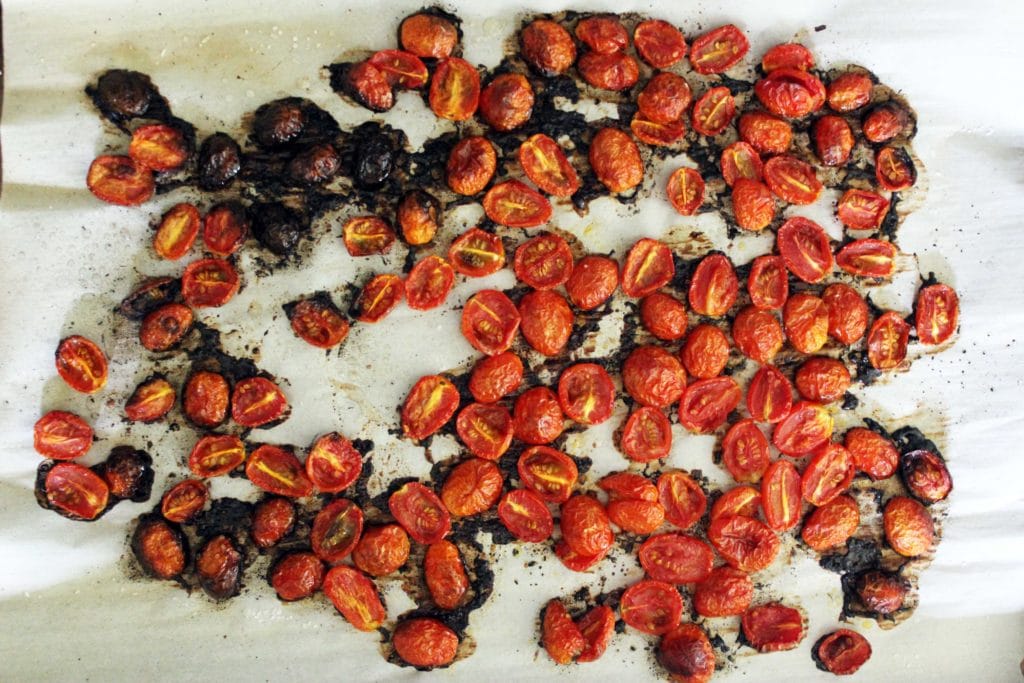 When the tomatoes are done, pull them out and let the squash keep working until, again, it's SOFT. 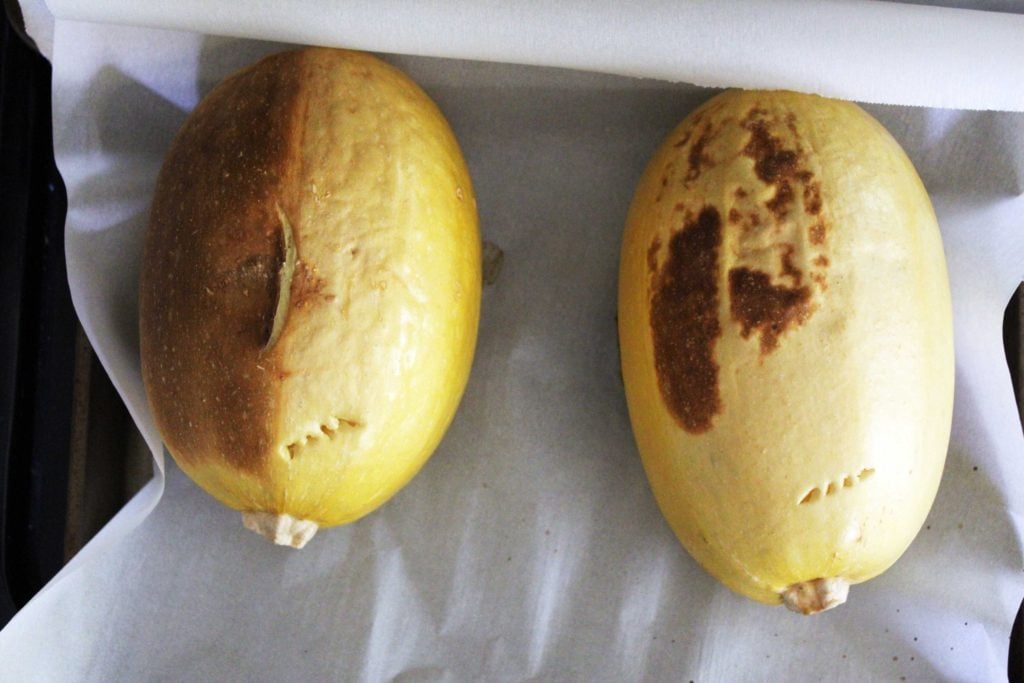 While everything is roasting, grate the parm, mince the garlic, and chop the parsley. 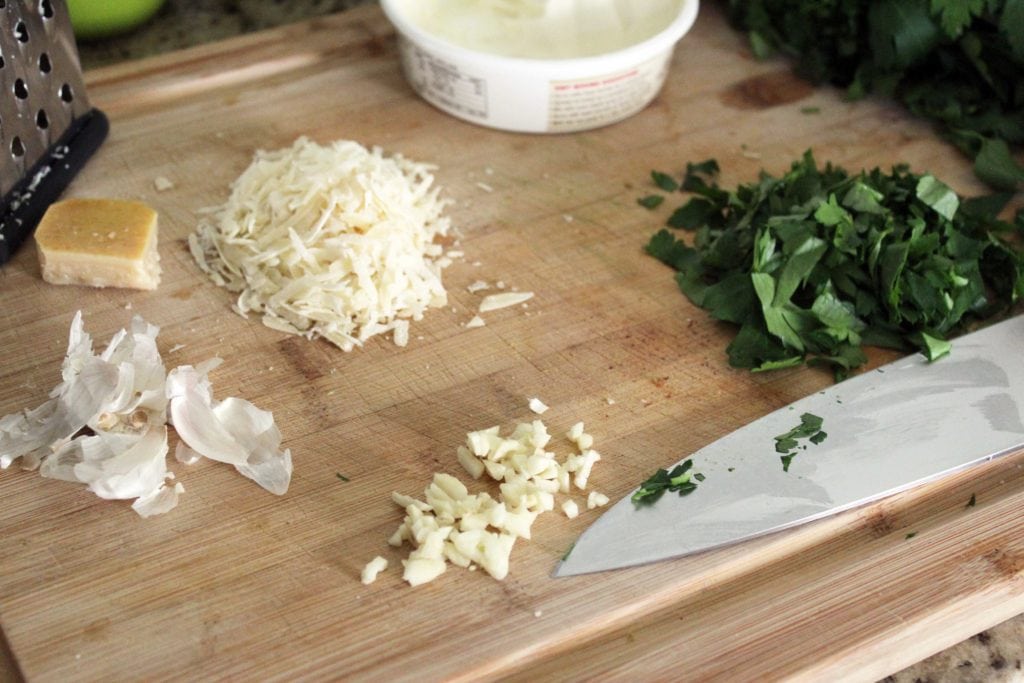 Now, when the squash is done you'll want to cut it in half and scoop out the middle gooey part with the seeds.  Then, use forks to scrap the flesh of the squash into the "spaghetti" pieces. 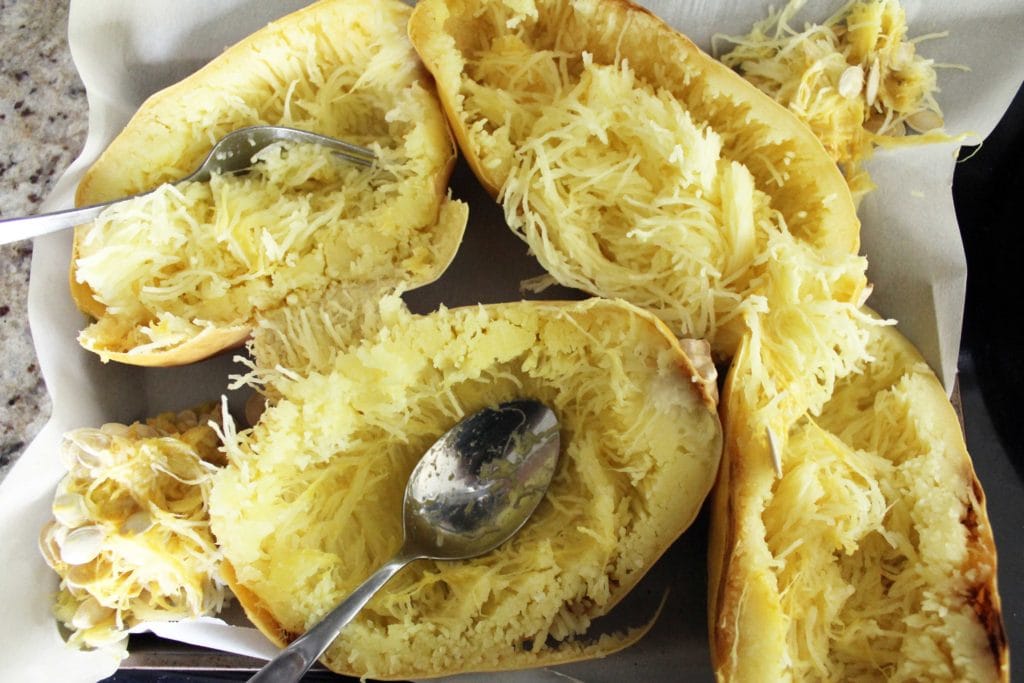 All we have to do now is put everything together!  Put half the mascarpone in a BIG skillet over medium-high heat with the garlic. 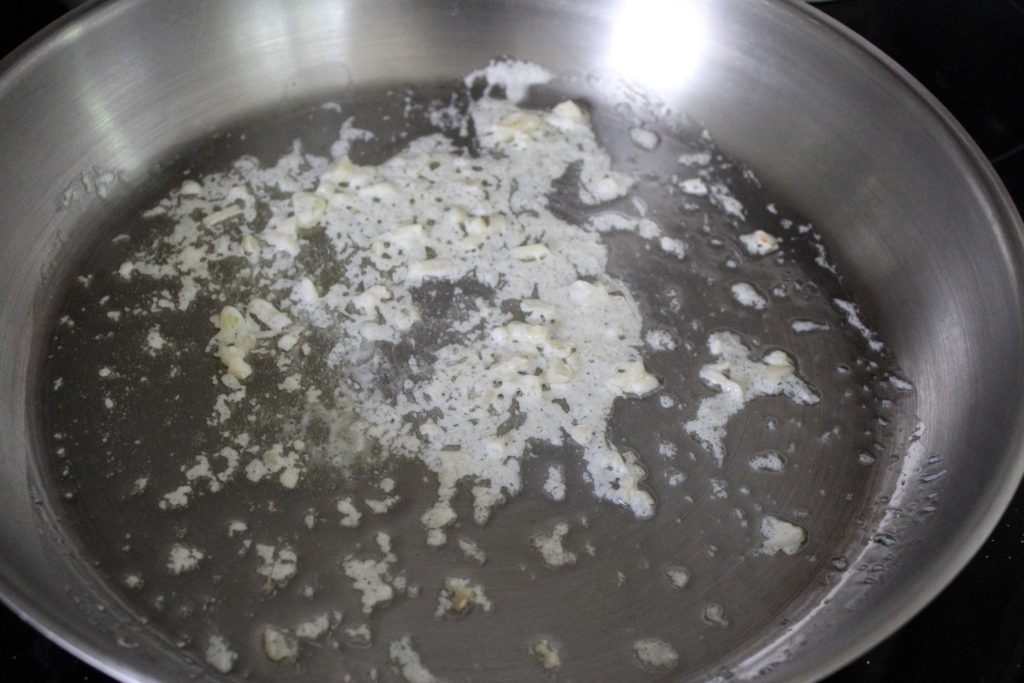 Let the garlic cook for just a minute to soften slightly, then add the squash (toss the skins), tomatoes, parsley, and the rest of the mascarpone.  I put it in in 2 increments so it coats the squash more evenly. 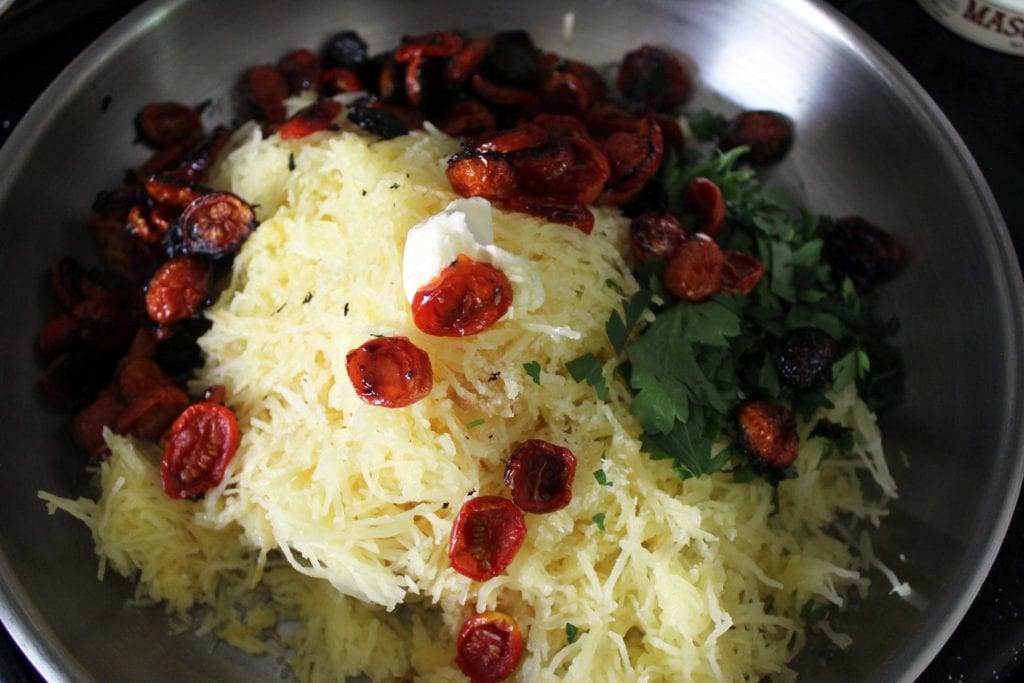 Now it's just about tossing and tasting!  Wait about a minute between each stir so that the squash can brown slightly, and add a little more salt than you think you'll need - spaghetti squash is bland and really needs the extra flavor boost. 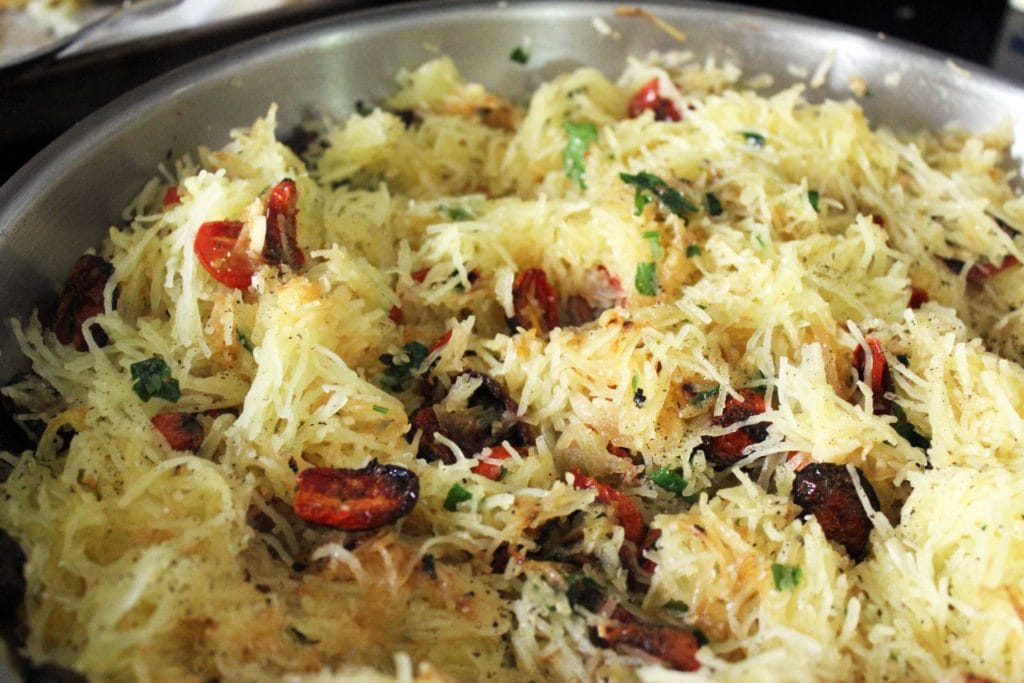 When the squash tastes great and is brown in some spots, we're done!  Cover it with parm, serve it up. 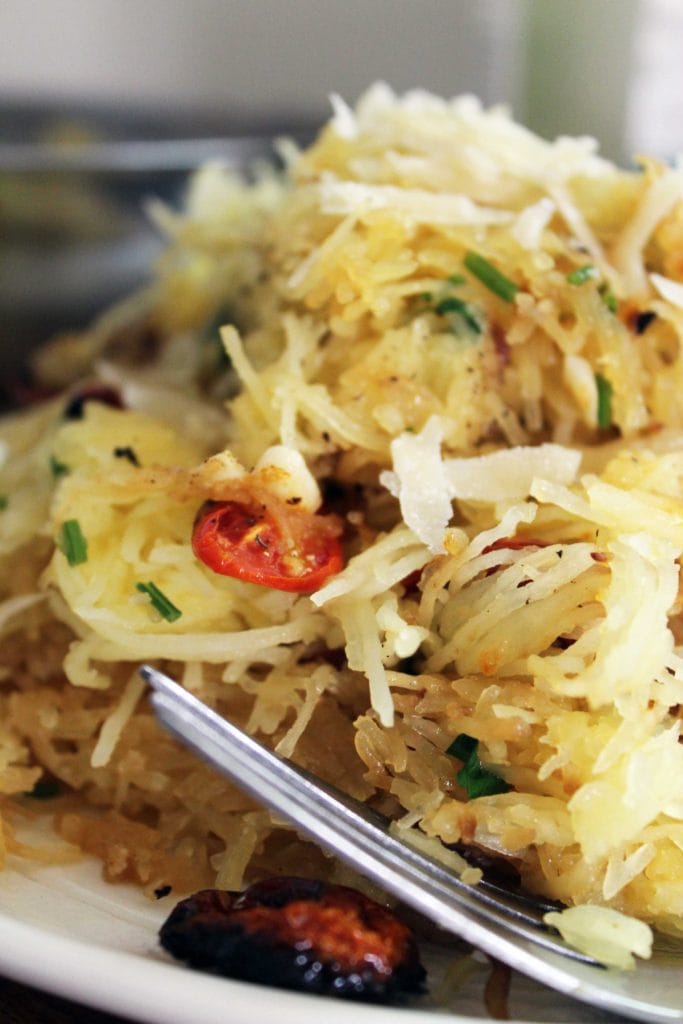 I mean.  Nothing simpler.  I love this as an entire dish, but you can of course add a salad, another veggie side, a piece of protein...anything you like to make it feel like a more complete meal to you. 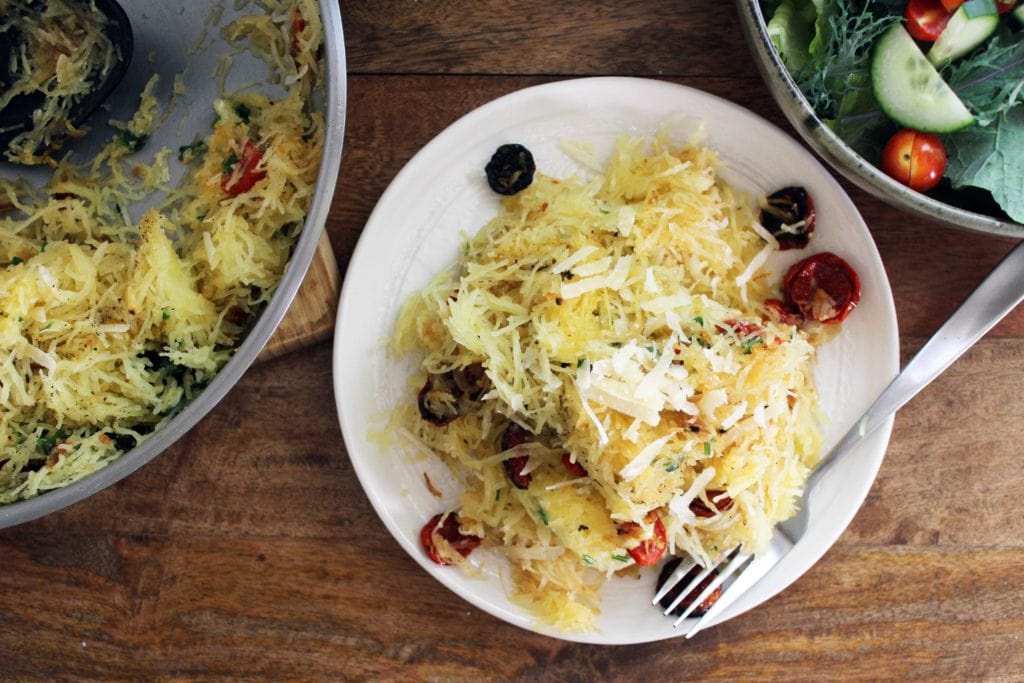 I promise, though, you will LOVE this and join me in making this all summer long.  My next plan includes adding basil and pieces of fresh mozz and calling it Caprese spag squash. 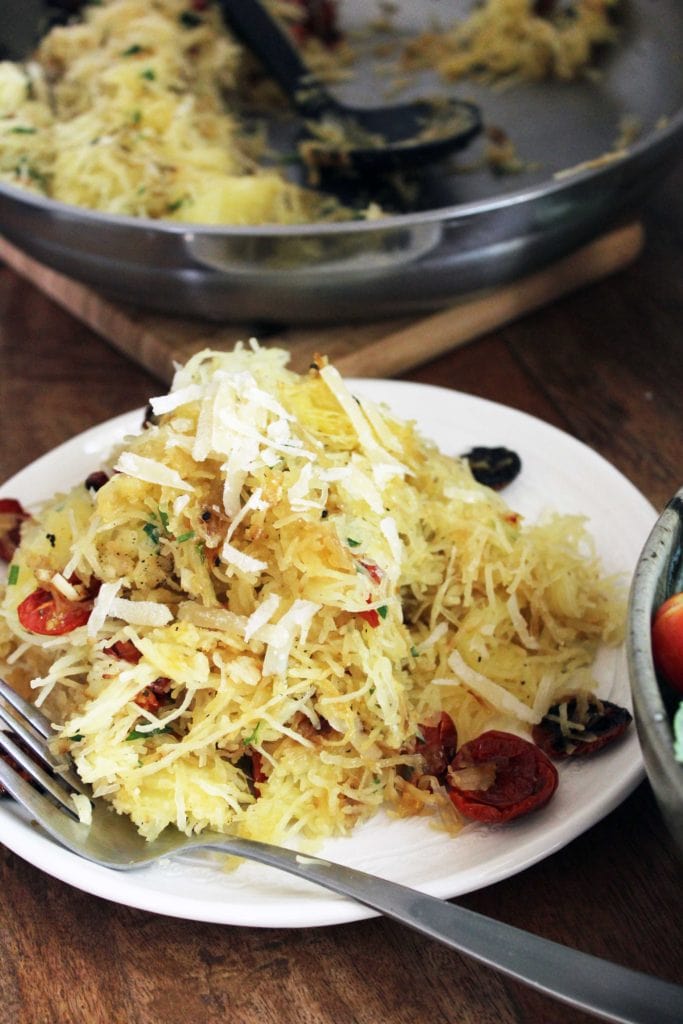 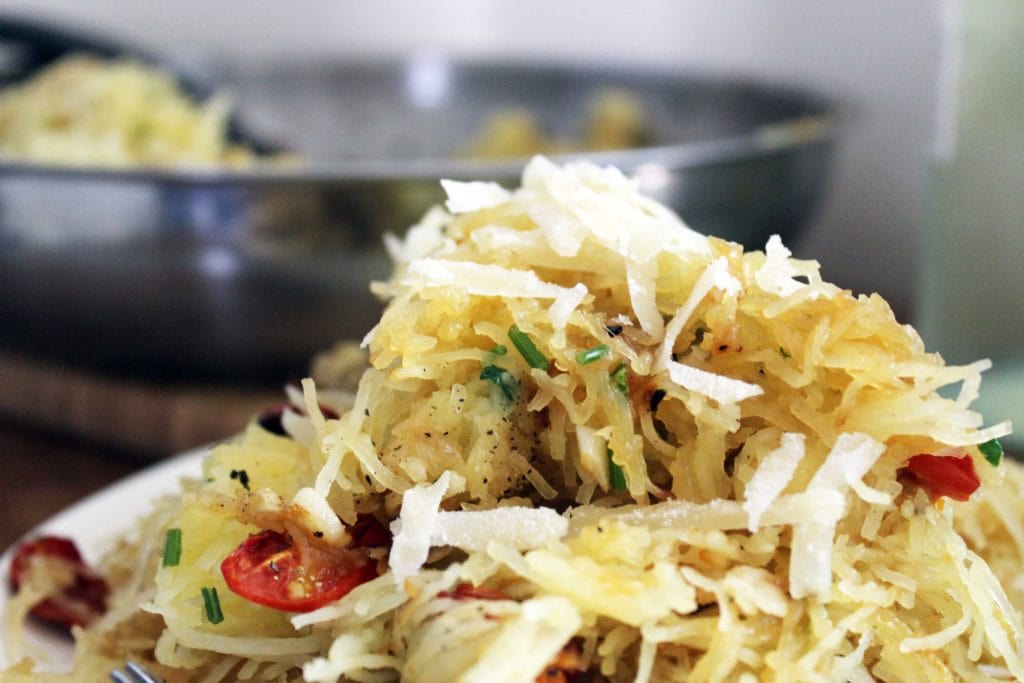