We made this twice in the first week we came up with it and have never had any leftovers.  More than 10 people have tried these, and unanimously agree that OMG WHAT'S THE DEAL WITH THE POTATOES? 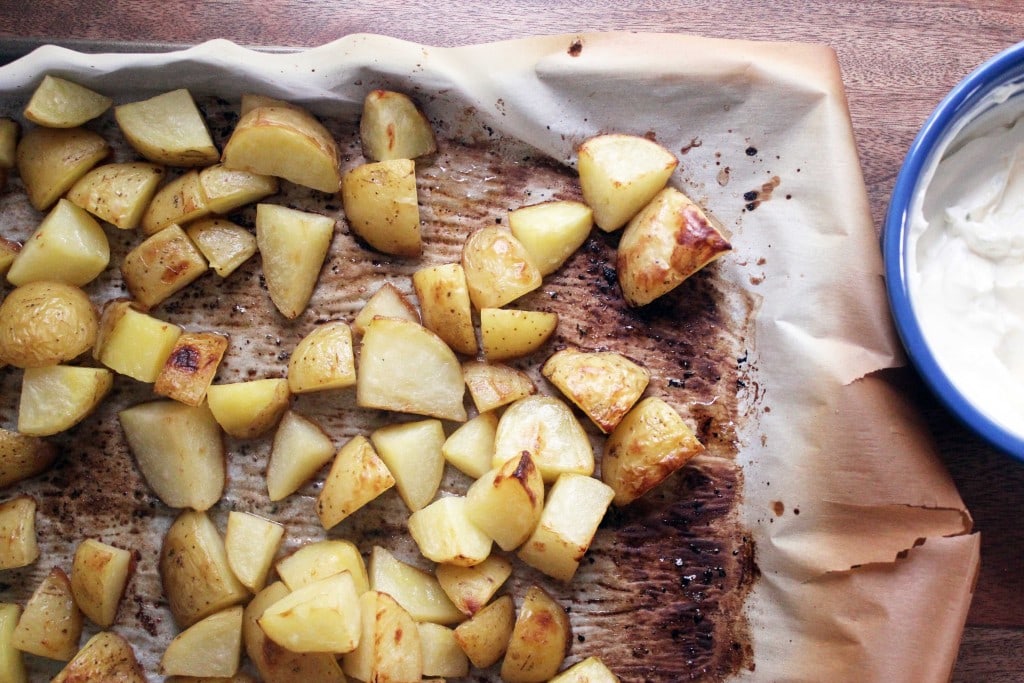 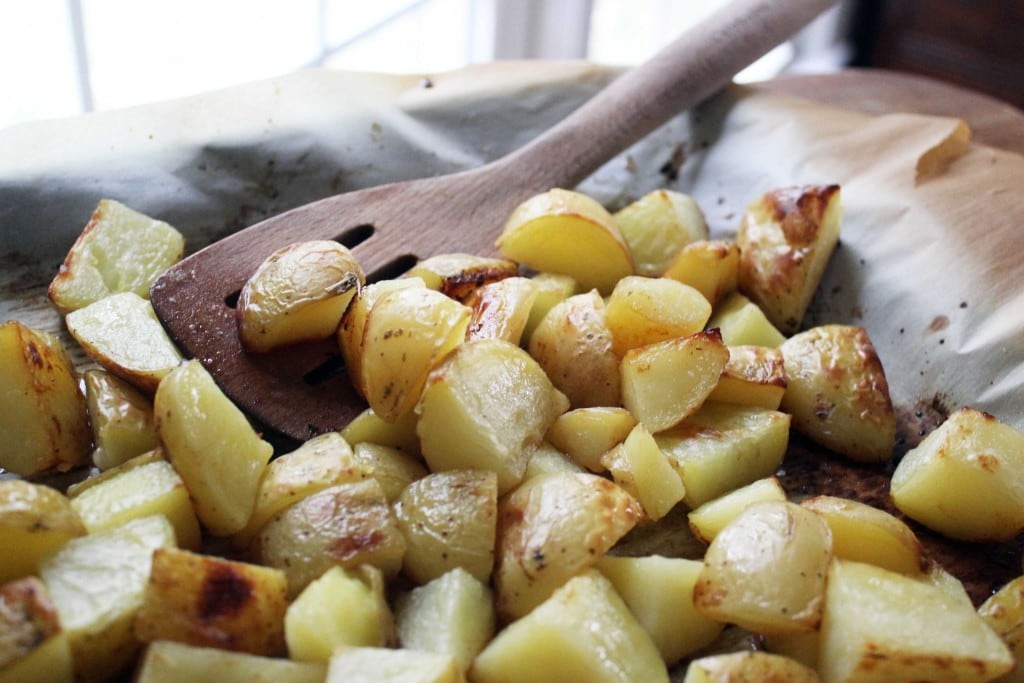 The potatoes themselves taste like Salt and Vinegar chips, and the dipping sauce tastes like Sour Cream and Onion chips.  So we have two kinds of chips that are really good, and then we made them into a grown up potato dish, and now we are famous among the potato lovers in our family, which is everyone.

Who doesn't like a new way to cook potatoes?  They're cheap and filling and delicious and when drizzled with butter right before roasting no one is usually terribly mad at you.

You can use any kind of potato you like, but I like yukon gold or something with a thin skin - we don't peel these, and a thicker russet-style potato skin can kind of get in the way. 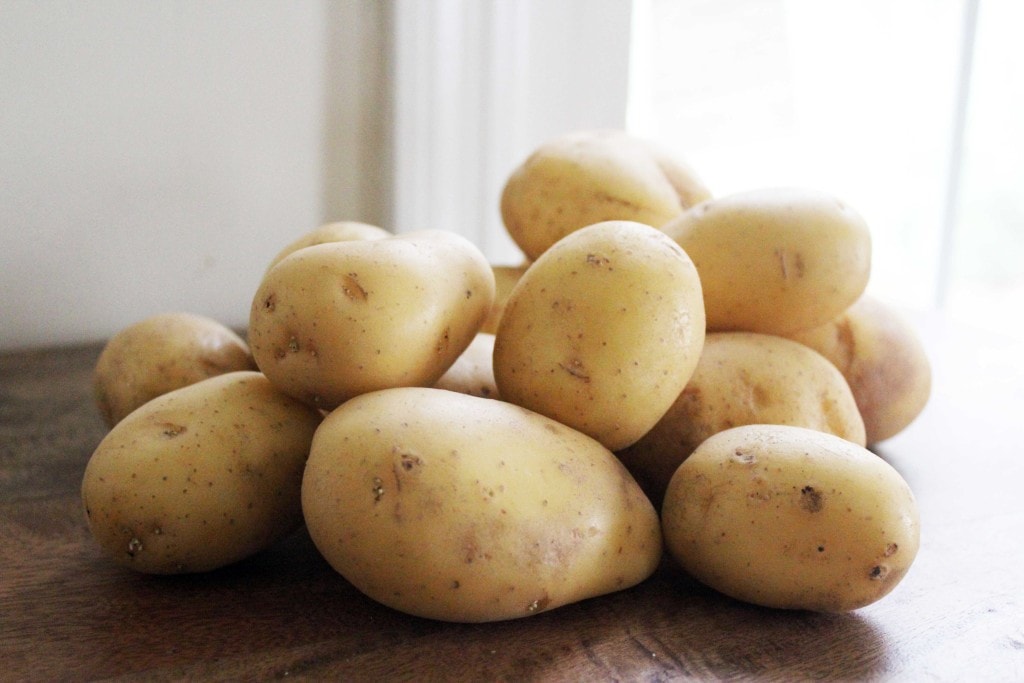 Then for the potatoes you need white vinegar, salt, and butter. 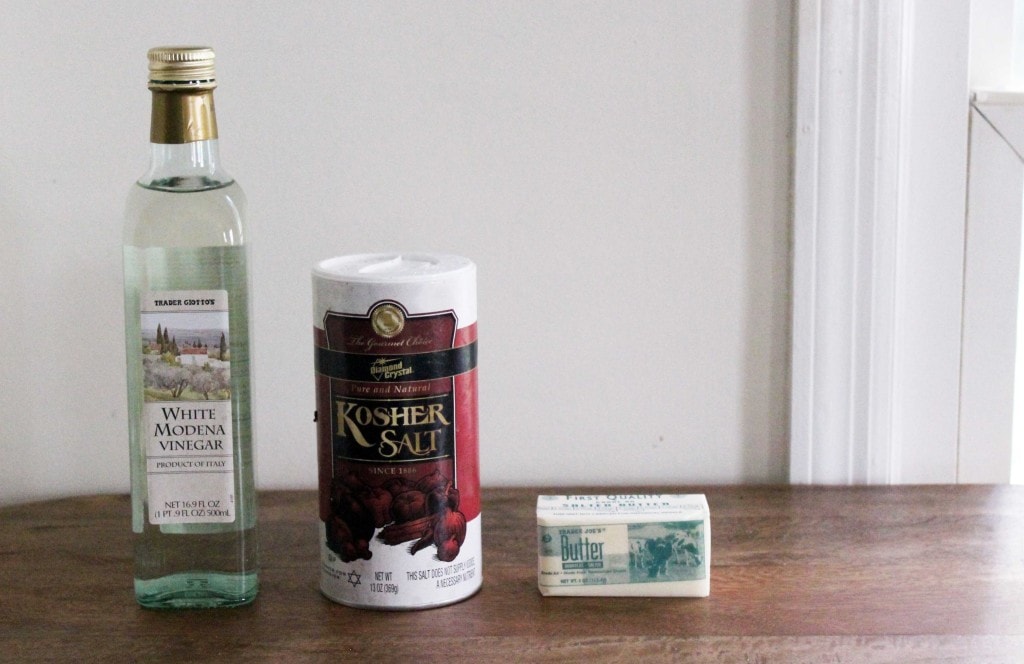 For the dipping sauce you need Greek yogurt or sour cream, heavy cream, a garlic clove, a green onion, and salt.  You know I'm obsessed with full-fat Greek yogurt, but I suppose you could go lighter if you want to.  I'll allow it. 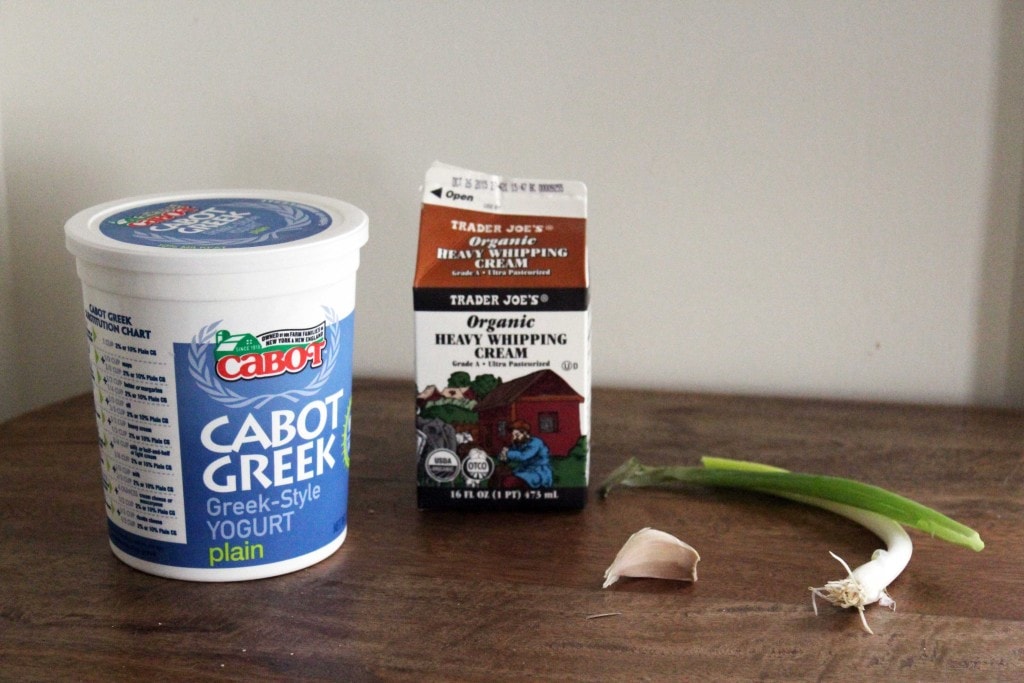 So, for the potatoes we boil THEN roast them.  So, preheat the oven to 425F.  Cut the potatoes into bite-sized pieces first, then put them in a pot with 1 tablespoon of salt and cover them with water. 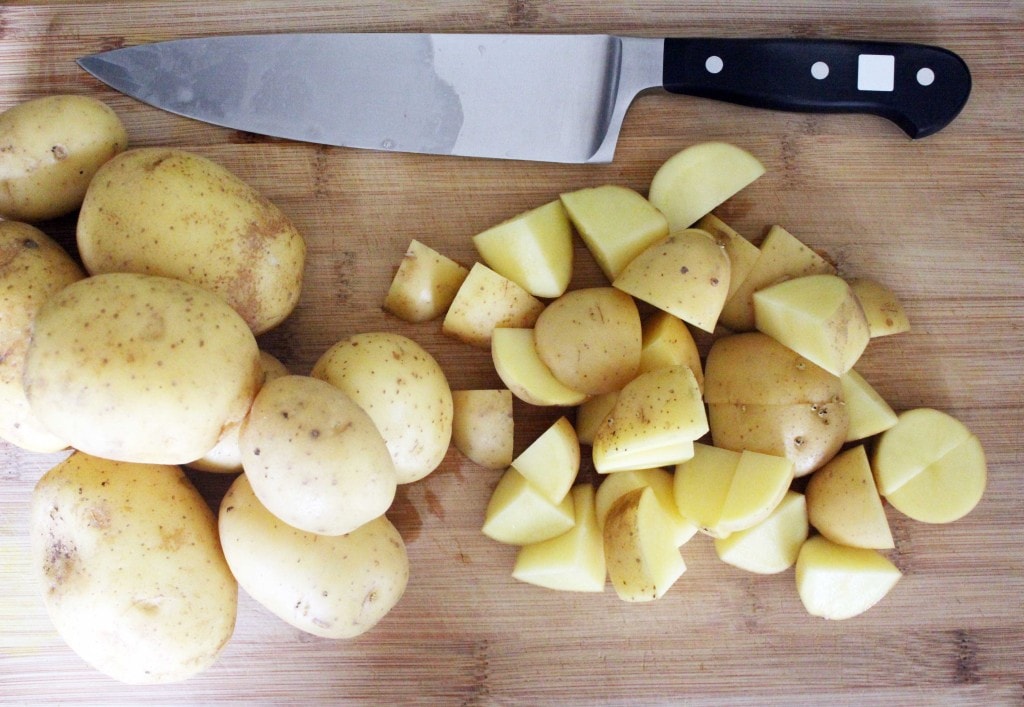 Cover the pot and turn the burner to high to bring the water to a boil.  When the water comes to a boil, let the potatoes boil for 3 minutes, then drain them.  They won't be cooked! 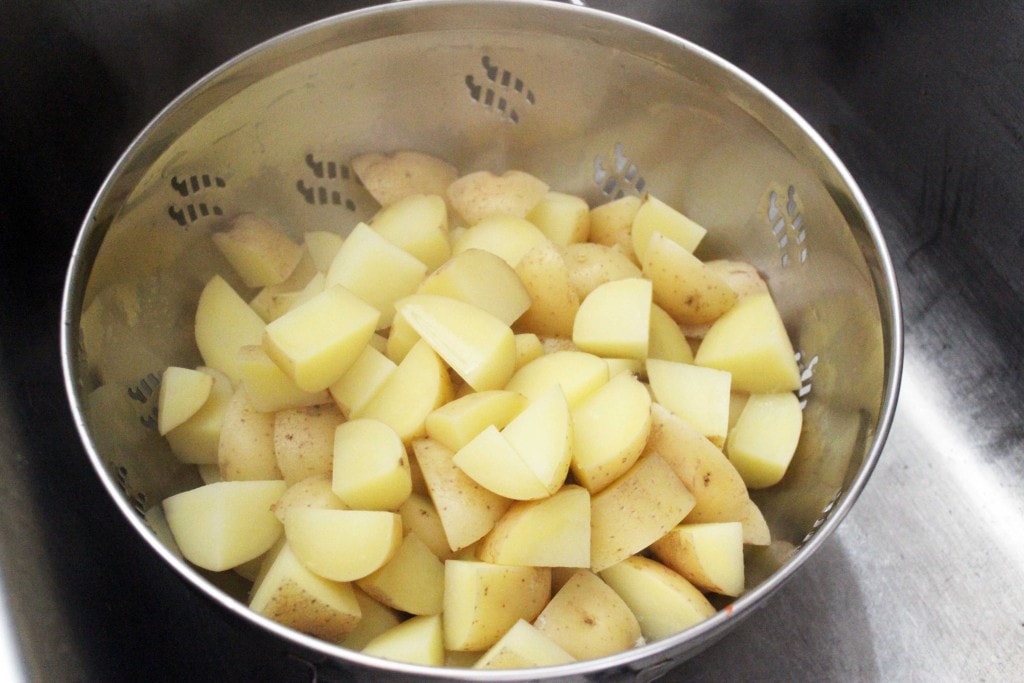 Now, shake the potatoes so they are really dry, then spread them in one layer on a baking sheet.  I line mine with parchment paper to make cleaning the pan easier, but that's optional.  Melt the butter, and drizzle the butter and vinegar over the potatoes, then sprinkle them with salt.  This is why we boil first - by adding the vinegar to the hot potatoes they get flavored from the inside out.  Toss the potatoes then spread them back out into one layer on the pan.  Now we roast! 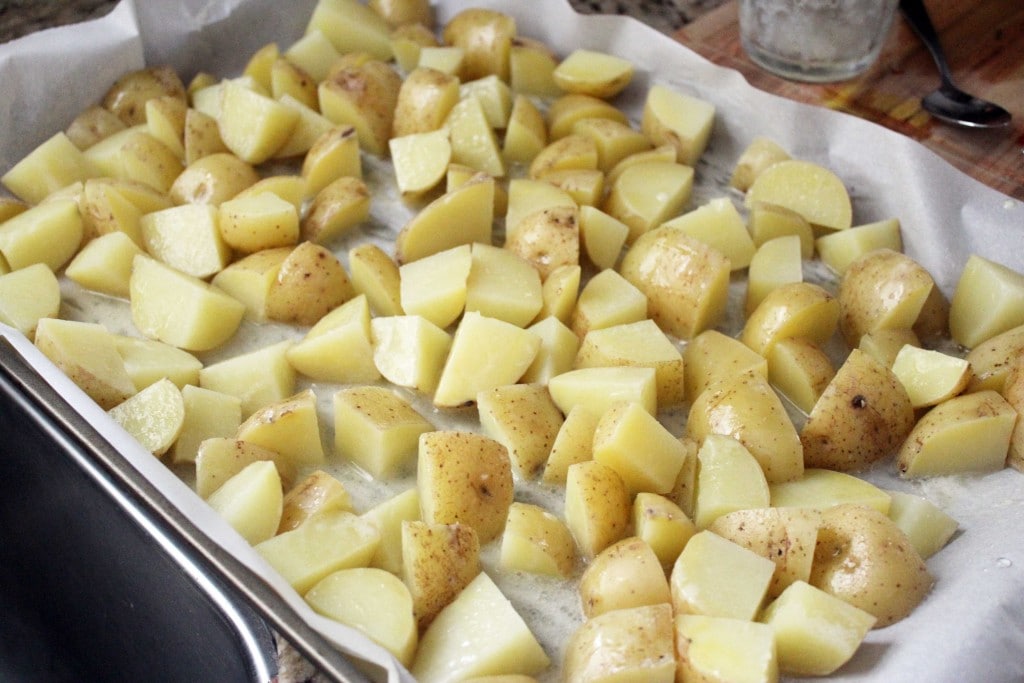 Roast the potatoes for 20 - 30 minutes until they get really crispy and golden on the outside.  Don't touch them while they're roasting, there's no need to stir or anything. 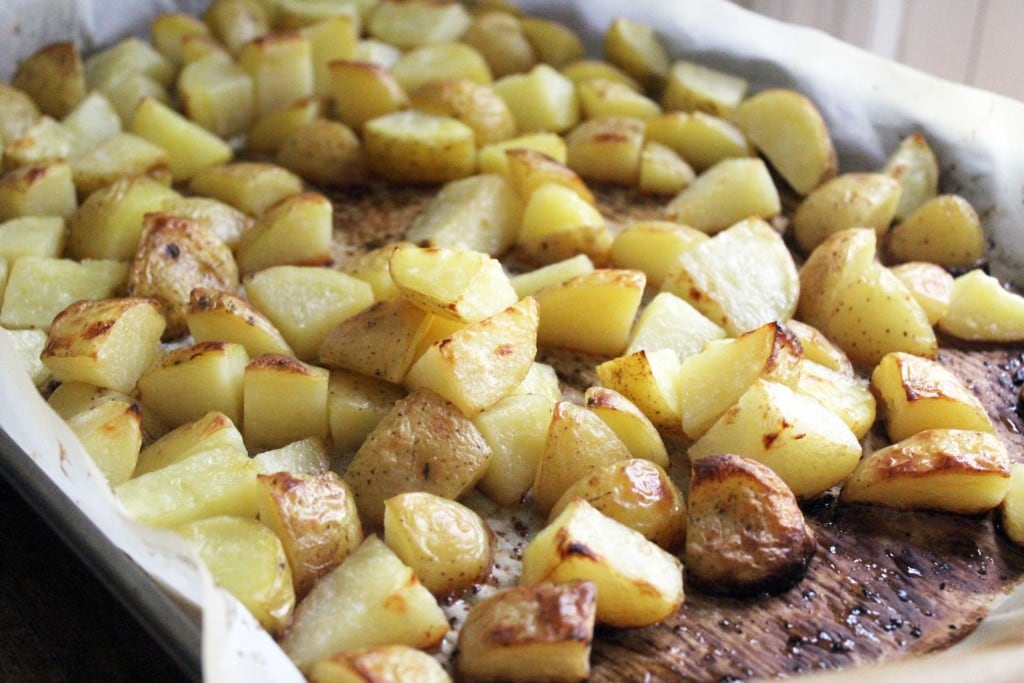 While the potatoes are roasting, mince the garlic and scallion for the dipping sauce. 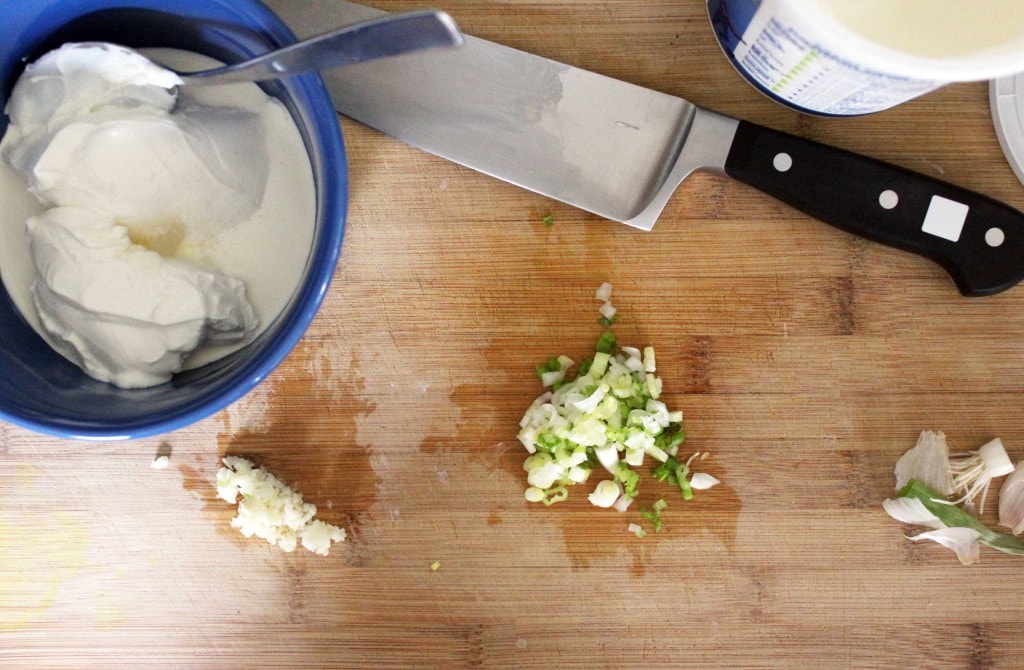 Mix the onion, garlic, yogurt, and cream with a pinch of salt.  Done!  Set this aside until you're ready to serve. 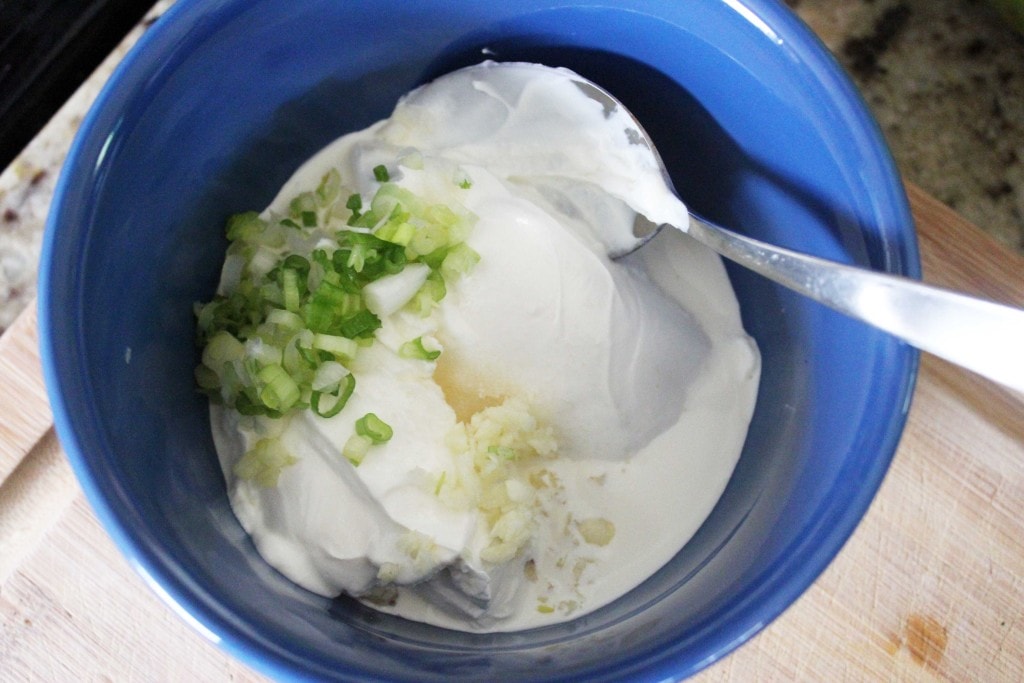 When the potatoes are golden and the sauce is done, we serve!  These are basically super flavorful oven fries, and the dip is ridiculously delicious. 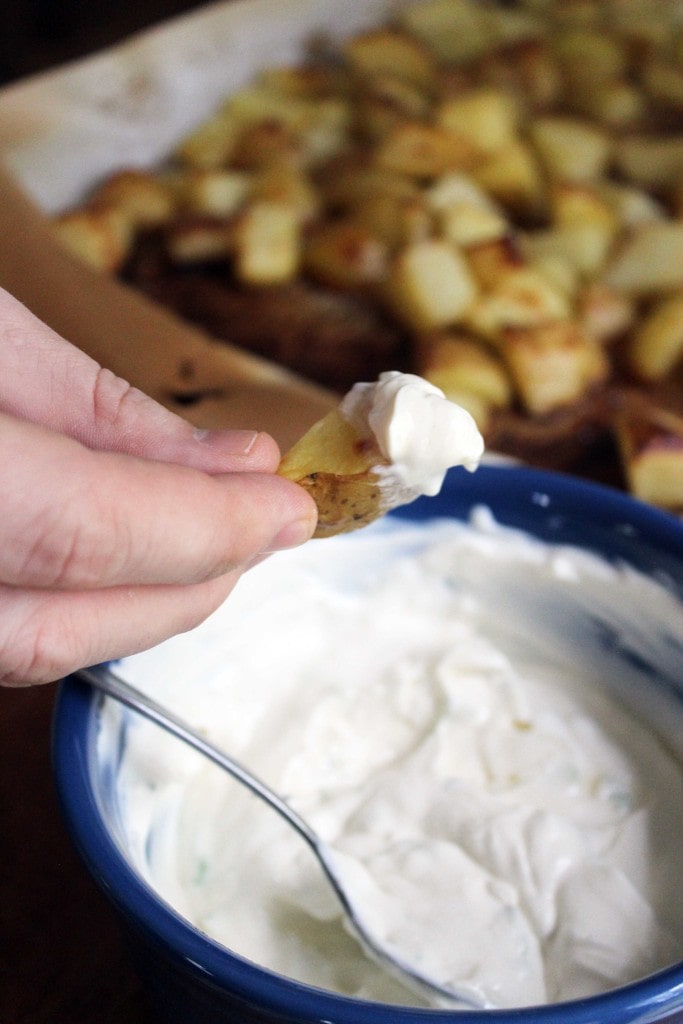 Make these soon, and don't be alarmed if you end up making them multiple times in one week.  They're worth it! 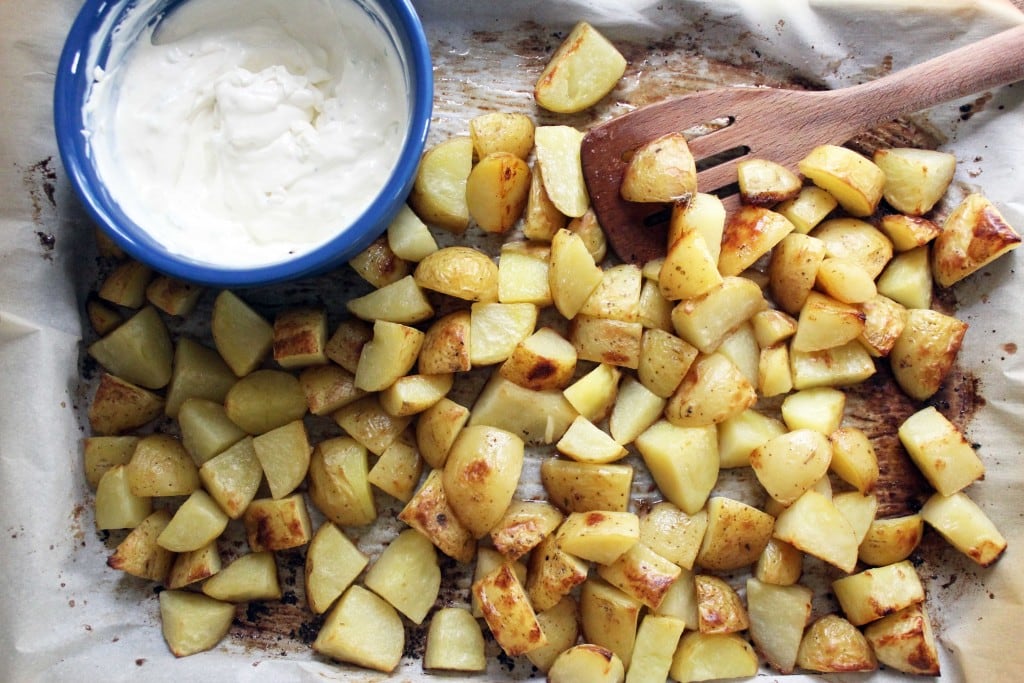