Do you remember that show about polygamy with Bill Paxton on HBO called Big Love? 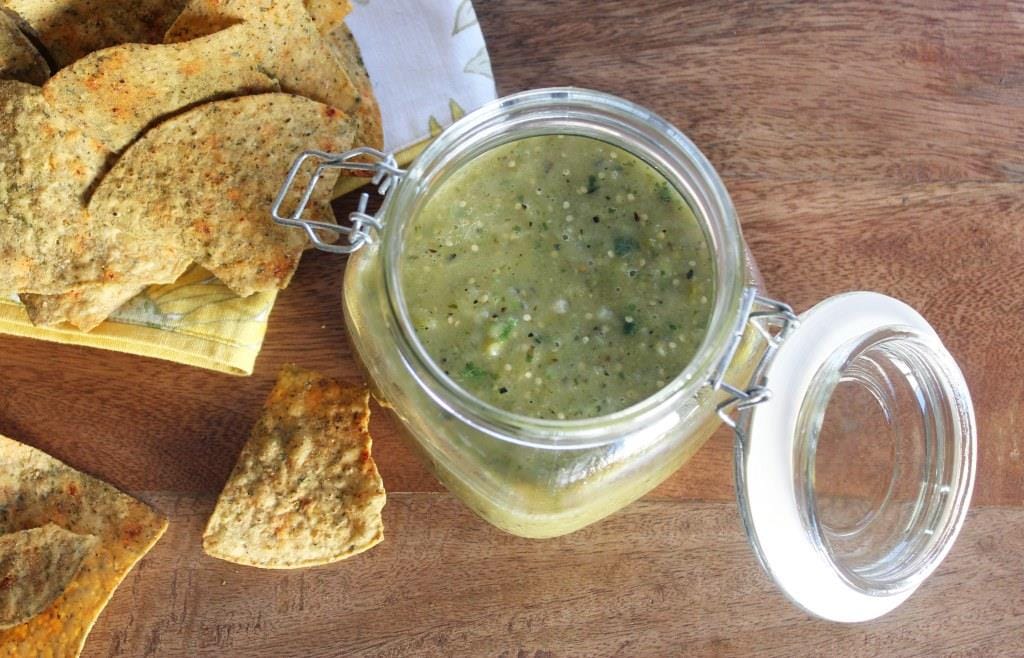 I loved that show.  It was coming to an end just as Jay and I met, and he watched all the last episodes with me in our teeny little apartment.

Anyway, there was a scene one time in Big Love in which all the wives were having a family meeting.  They were upset about something, and the head wife said "well Bill (the patriarch), in his wisdom, has decided that this is what's best for our family."

Bill.  In His Wisdom. 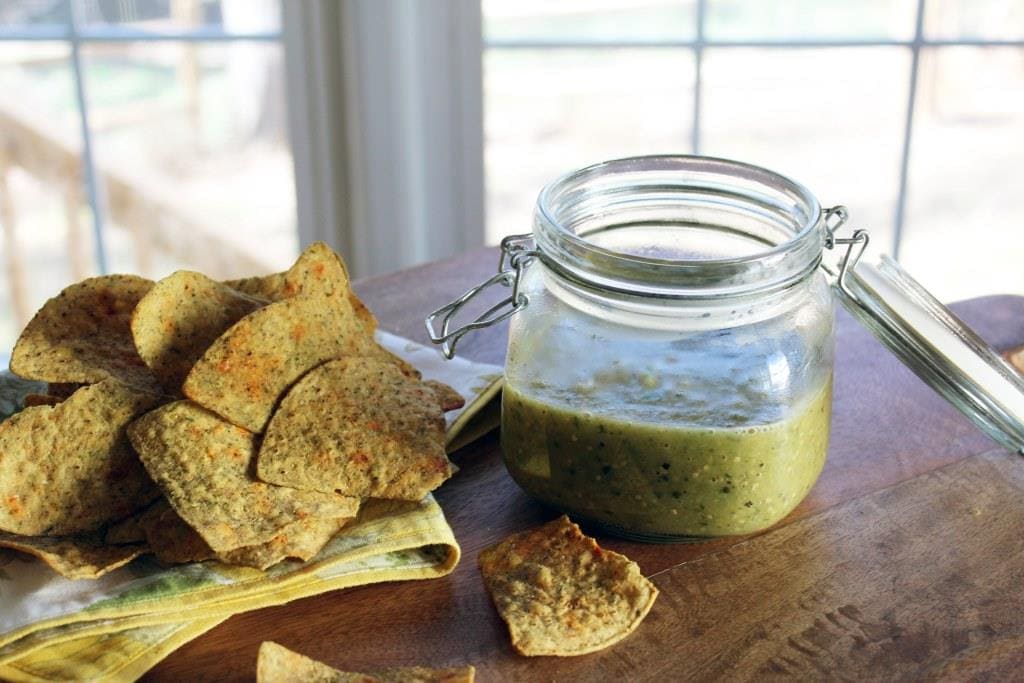 My sister and I were watching that particular episode together and just DIED.  I don't know why.  We really enjoyed the sentence structure, maybe?  Or the absurdity of it?

Since then we talk about ridiculous people who make ridiculous choices in that exact same way.  In their wisdom, they have decided to be ridiculous. 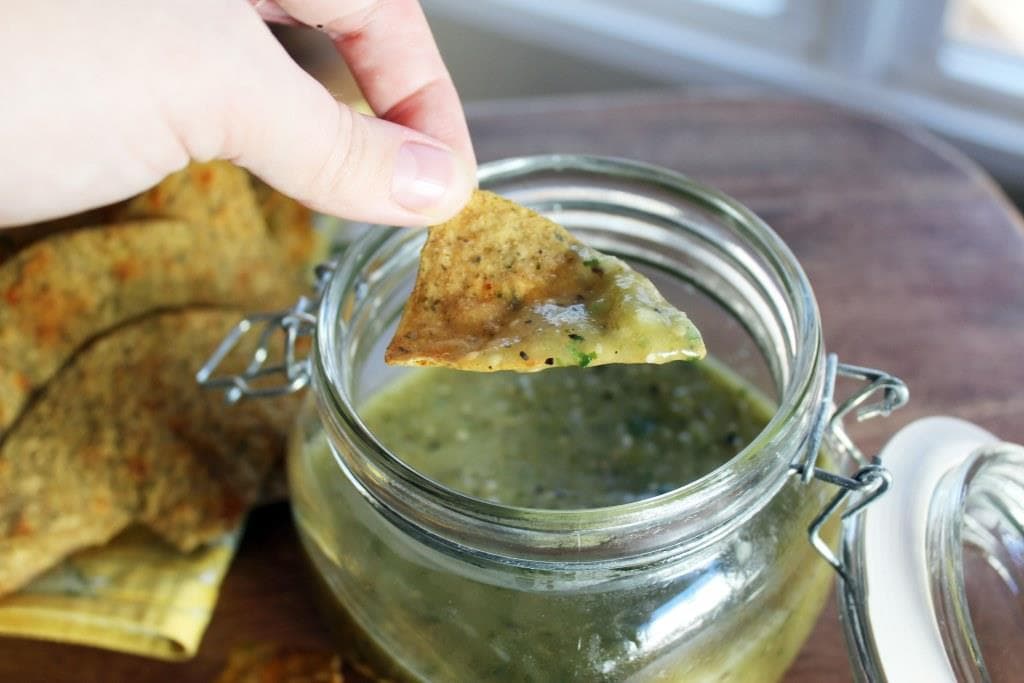 In my wisdom, I have decided that we should choose to be happy on Mondays, instead of saying things we always say like MONDAYS SUCK and WHERE IS THE WEEKEND.

Nope, we're lovin' Monday.  I have also, in my wisdom, decided that salads can be eaten any time, and Mondays should be celebrated, preferably with chips.  Chips dipped in easy peasy vegan homemade salsa verde!

Let's make salsa.  It's so easy!  And also takes approximately 20 minutes, maybe less if you have a kick-ass broiler.  You need tomatillos, which form the base of the salsa.  You also need a hot pepper like serrano or jalapeno, onion, garlic, cilantro, lime, honey, and olive oil.  Maybe salt, too.  Don't be afraid of tomatillos if you've never worked with them!  They're very kind and forgiving and easy to work with. 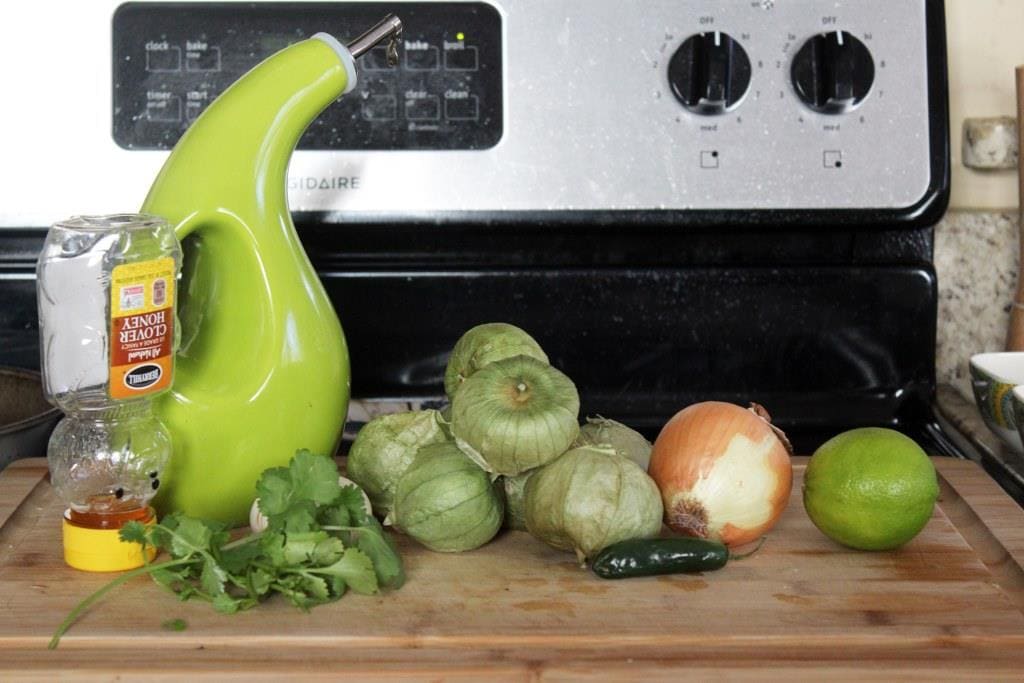 First, preheat your broiler.  This roasted version involves charring the veggies, which gives a great smoky finish to the whole dish.  Then, remove the papery husks from the outside of the tomatillos. 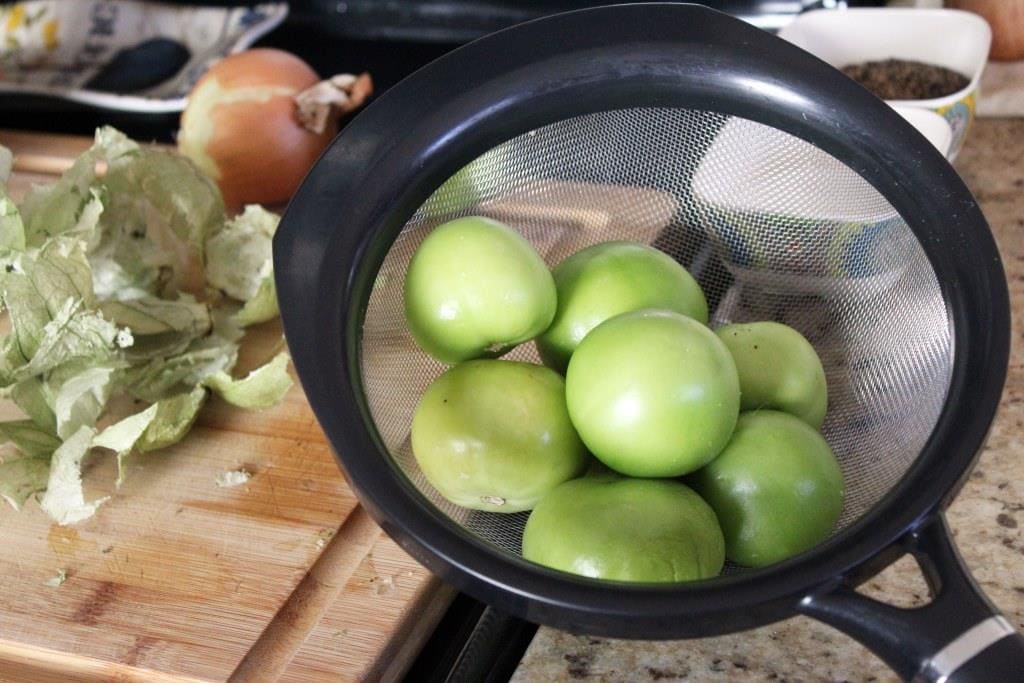 You might notice at this point that the tomatillos are a little bit sticky.  I don't know why this is.  Run them under some water, though, and the stickiness goes away!  Magic. 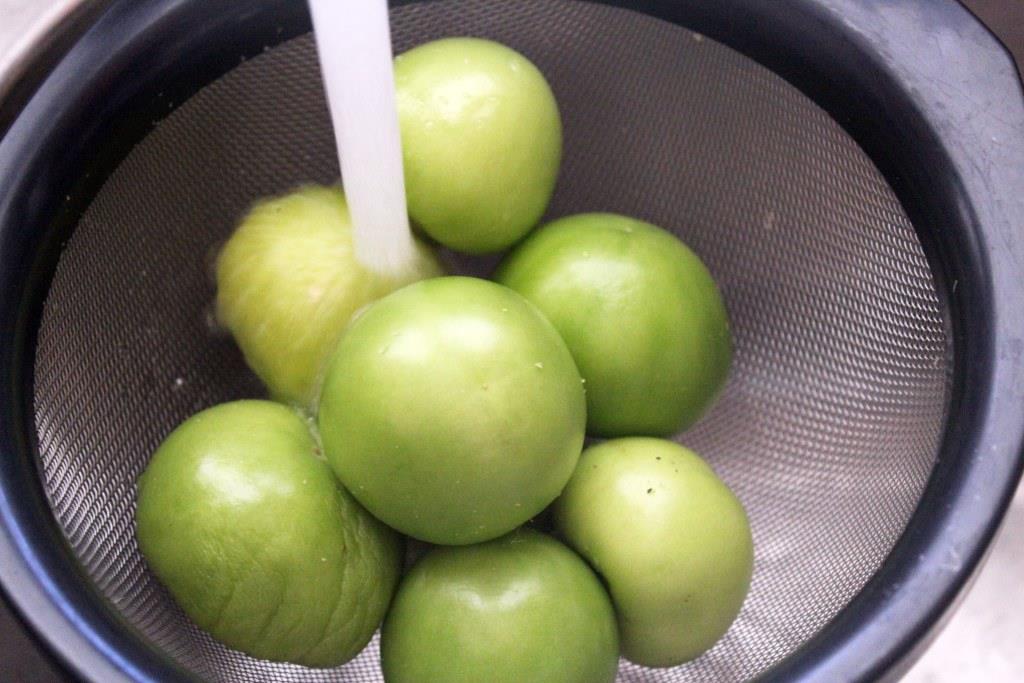 Now, let's roast.  Place the pepper (cut off the stem first) and tomatillos in a dish, and place the dish in the oven under the broiler for 5 minutes or so until the veggies are super dark and blackened. 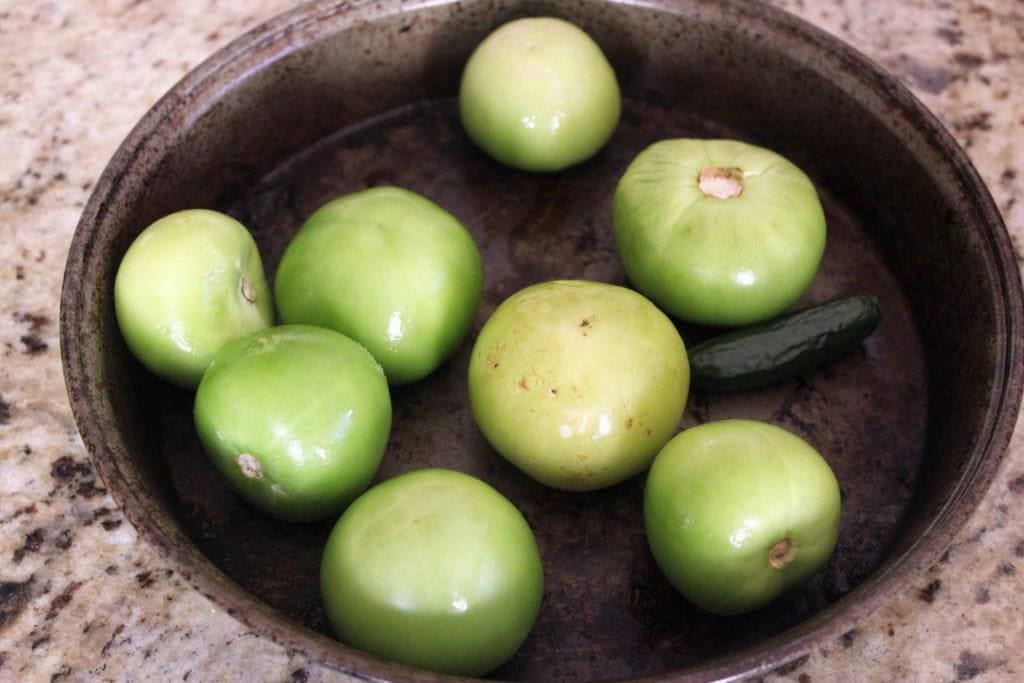 When the veggies are dark (the tomatillos may soften and burst, that's a good thing!), turn them over and broil again until charred on the second side. 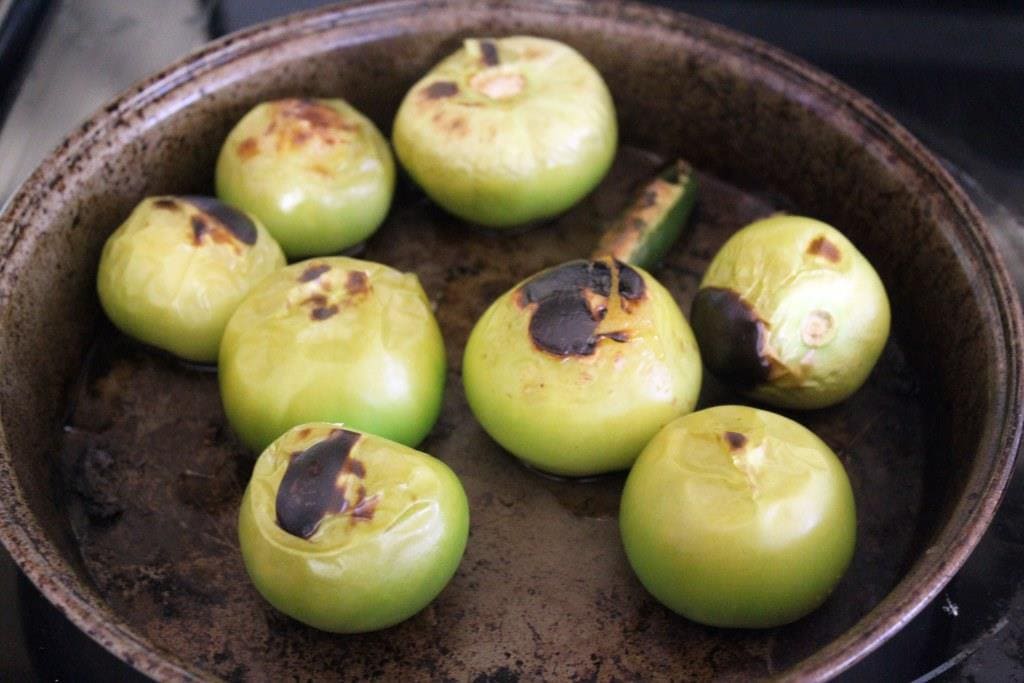 While the veggies are charring, prep the other veggies for the salsa.  Cut the lime, peel the garlic, peel and cut the onion into chunks, and look at the cilantro being pretty!  Then thank the heavens for blenders and food processors. 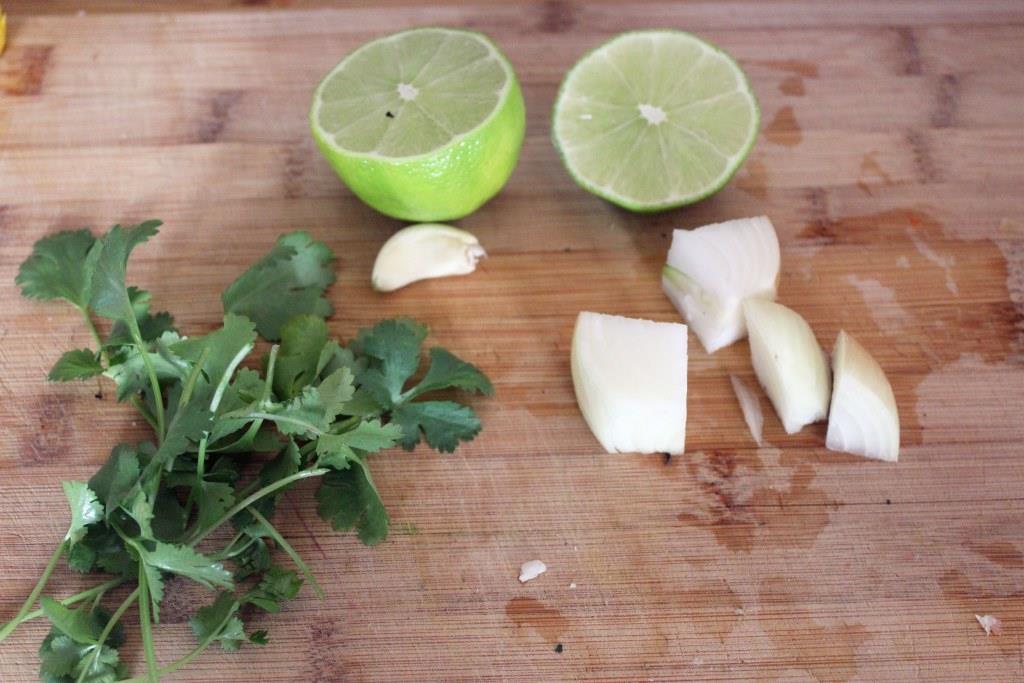 Now, let's build salsa!  Add the charred veggies with the cilantro, lime juice, garlic, onion, honey, and olive oil to a food processor or blender.  If there is any juice from the tomatillos in the roasting pan add that too! 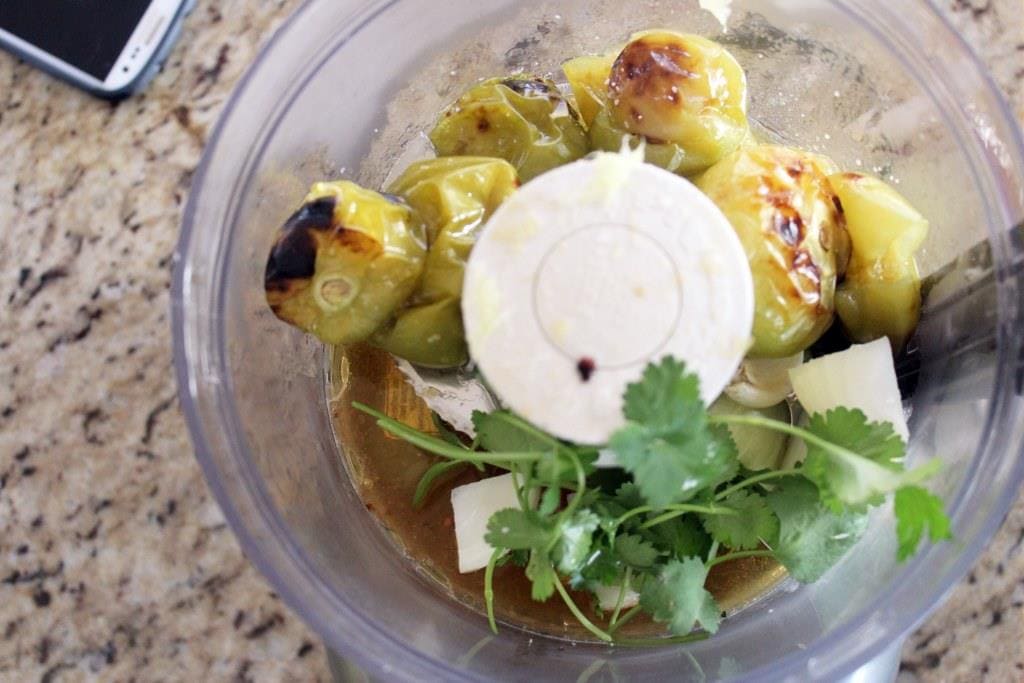 Blend the salsa together until smooth, then taste!  I added lots of salt and a bit more honey to mellow the super tart lime juice and tomatillos.  You can also add some cayenne pepper if you'd like extra heat or more cilantro for more bright fresh flavor. 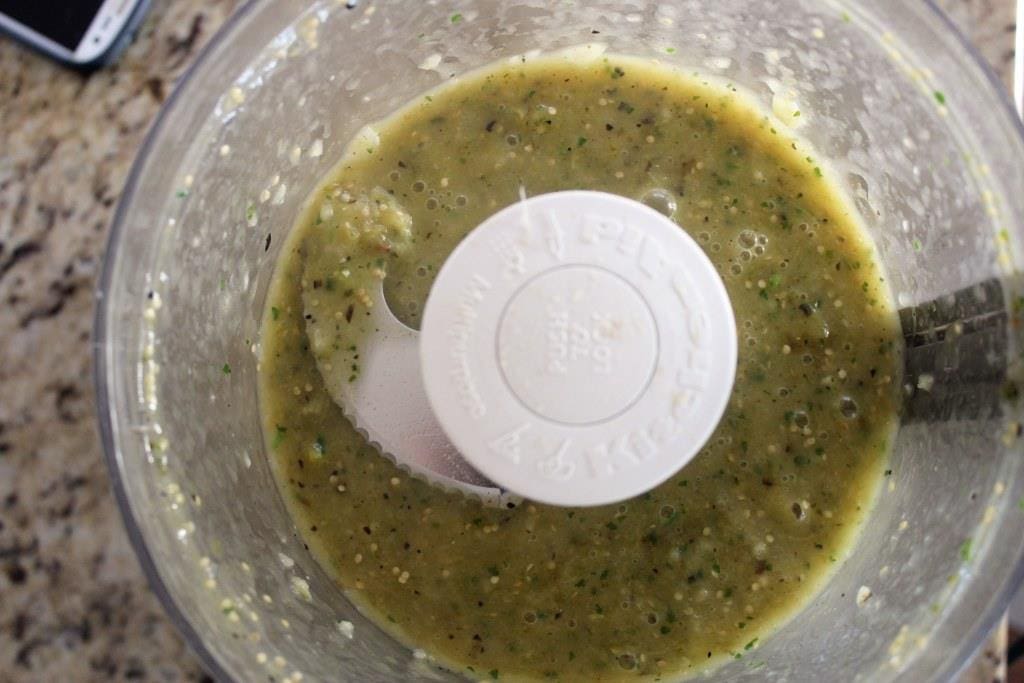 That, in my wisdom, is salsa.  It's DELICIOUS, surprisingly easy, and impressive.  Isn't there something just a teensy bit fancier about green salsa over red?  I love both, but making your own green salsa is a super fun party trick. 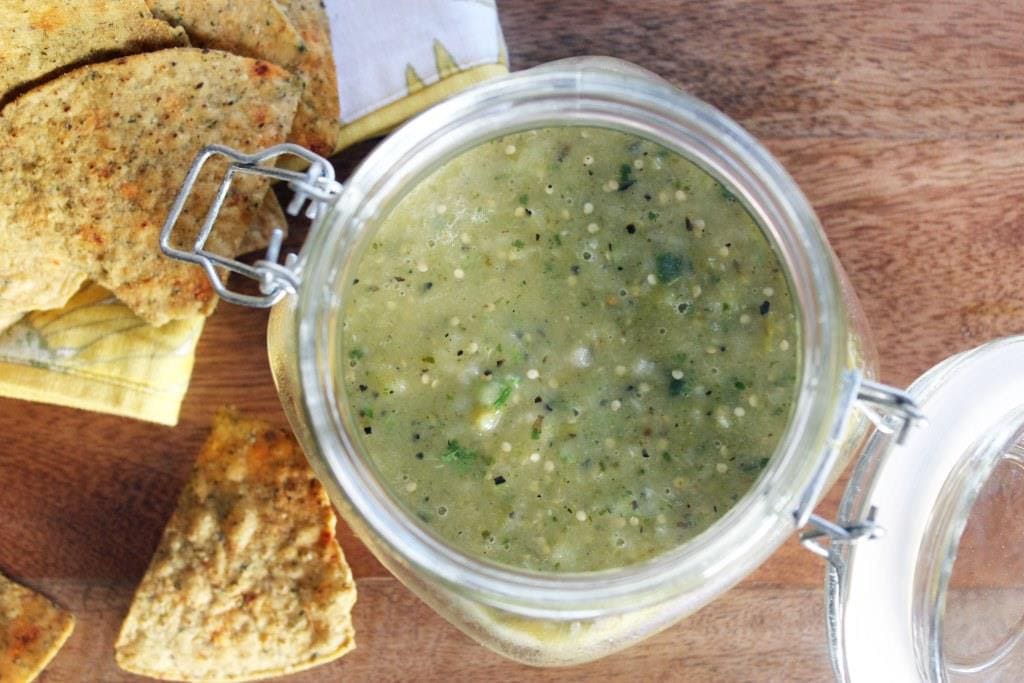 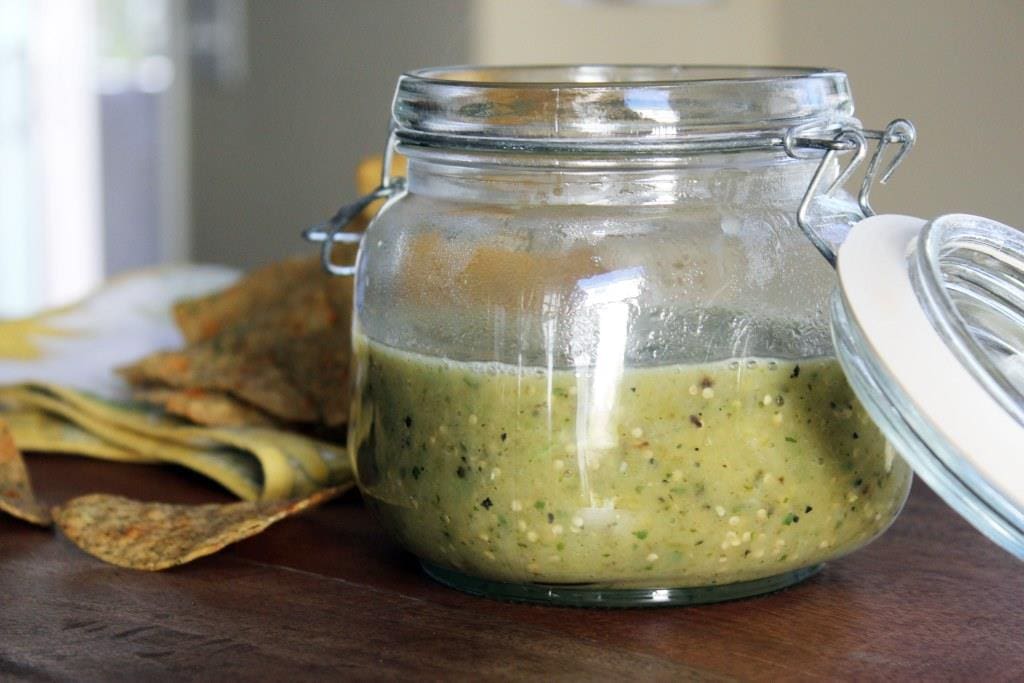