So, here's how we take any old dinner and make it way more delicious with a 5-ingredient sauce.  We make our own roasted red peppers, we puree them, and we add cream. 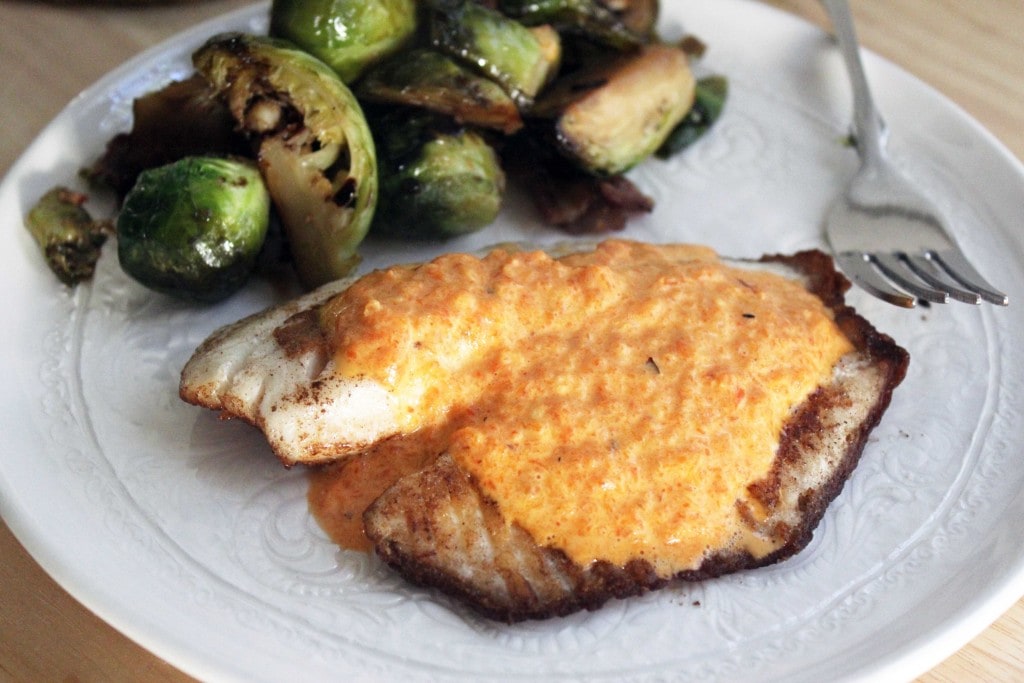 You know it's a good idea when the last step is to add cream, right?  You do.

I'm actually not the biggest roasted red pepper fan; sometimes I think they're too slimy for their own good and don't add a lot of flavor to things, so I usually go for something stronger like a pickled hot pepper.  But here, in a pureed sauce with a few other flavors, I'm totally in.  I make my own roasted reds, but a few from a jar work just as well in this!

So you make a batch, then top every meal you make all week with this stuff.  Done.

If you're making your own peppers, you'll need some bell peppers.  Then you need garlic, chicken stock, smoked paprika, and heavy cream.  You'll also need some salt, so if you want to call this a 6-ingredient sauce I understand and won't be mad at you. 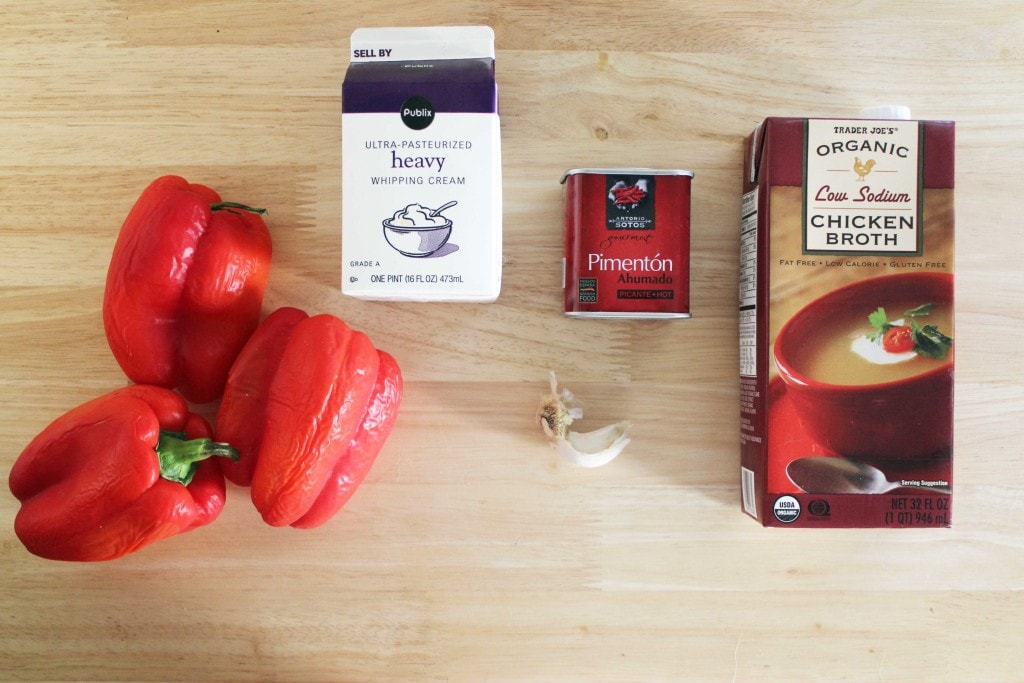 To roast the peppers, put them in the oven under the broiler on HIGH.  Turn the peppers every 5 minutes or so with tongs until they're almost totally black.  Then, take the peppers out of the oven and stick them in a bowl covered in plastic wrap or a big bag.  Sealing the hot peppers helps them steam and the skins release really easily before we puree them. 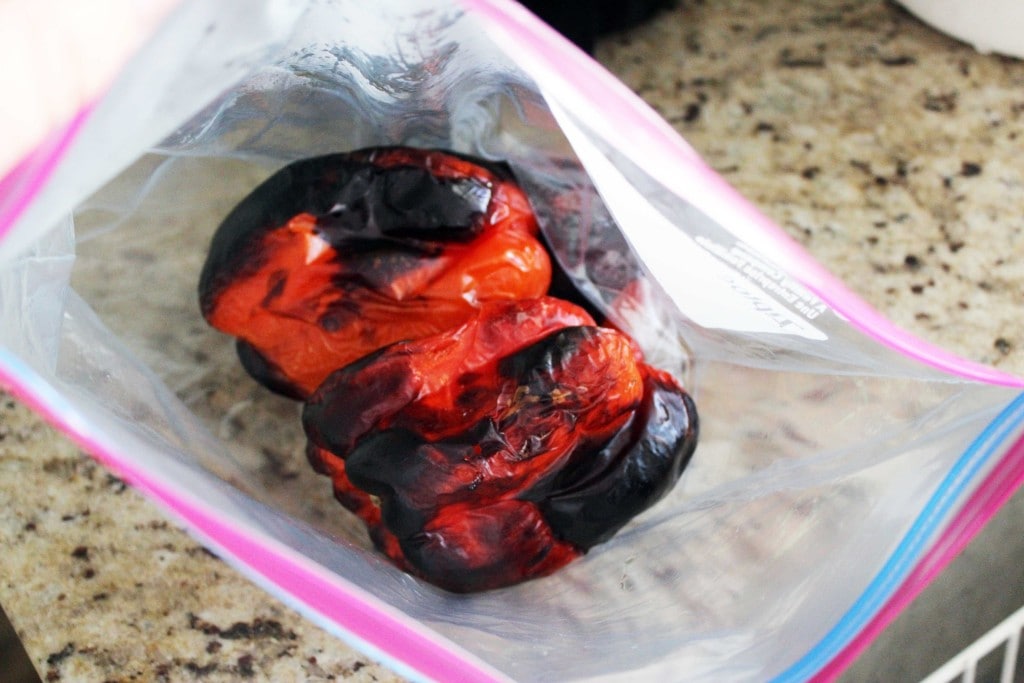 When the peppers have cooled, take them out of the bag or bowl and peel off the skins, then take out the seeds and stem. 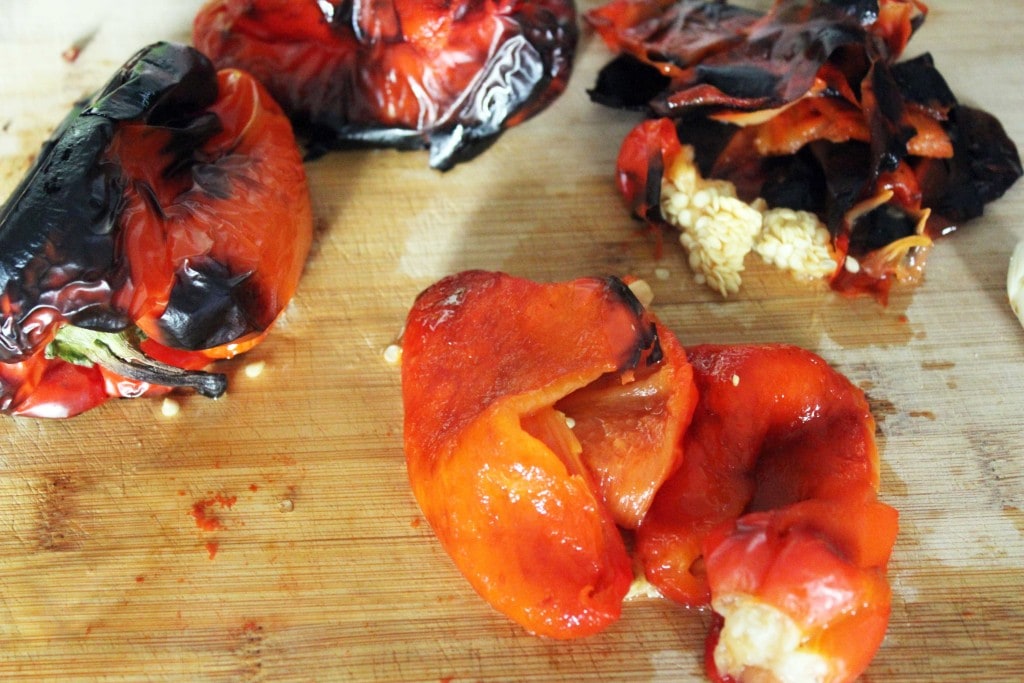 Put all the peppers and the garlic into a food processor or blender with the stock. 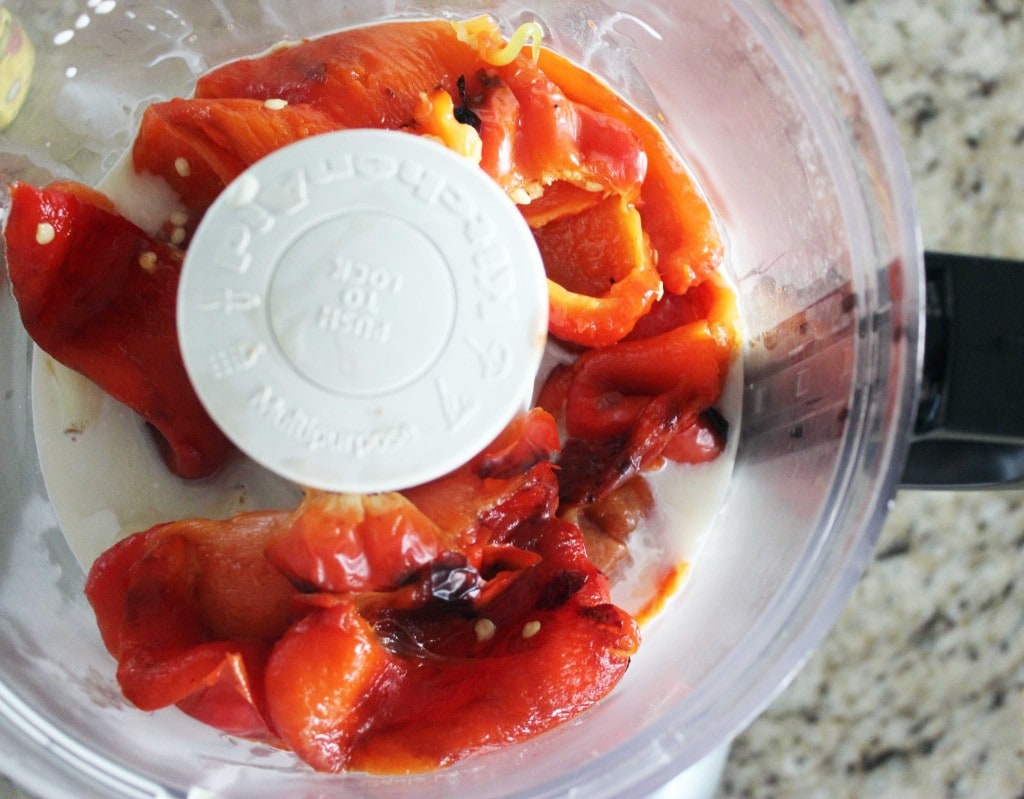 Puree the mixture!  Yum.  I let this get pretty smooth with just a little bit of texture left, then add it to a small skillet. 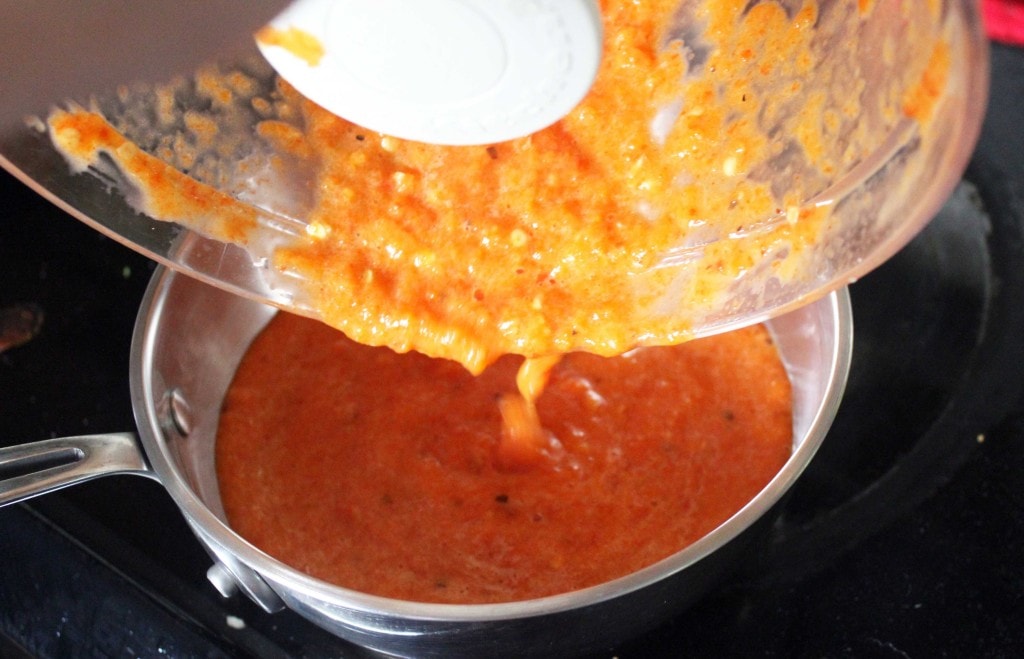 Turn the skillet to medium heat and bring the sauce to a bubble to cook the garlic a bit, then add a sprinkle of salt and the smoked paprika.  Stir the sauce every few minutes so it doesn't start to stick to the pan.  After 5 minutes or so of cooking, stir the cream into the sauce and turn the heat off.  Taste, and add more salt if you'd like - the peppers are pretty bland, so don't be afraid of seasoning! 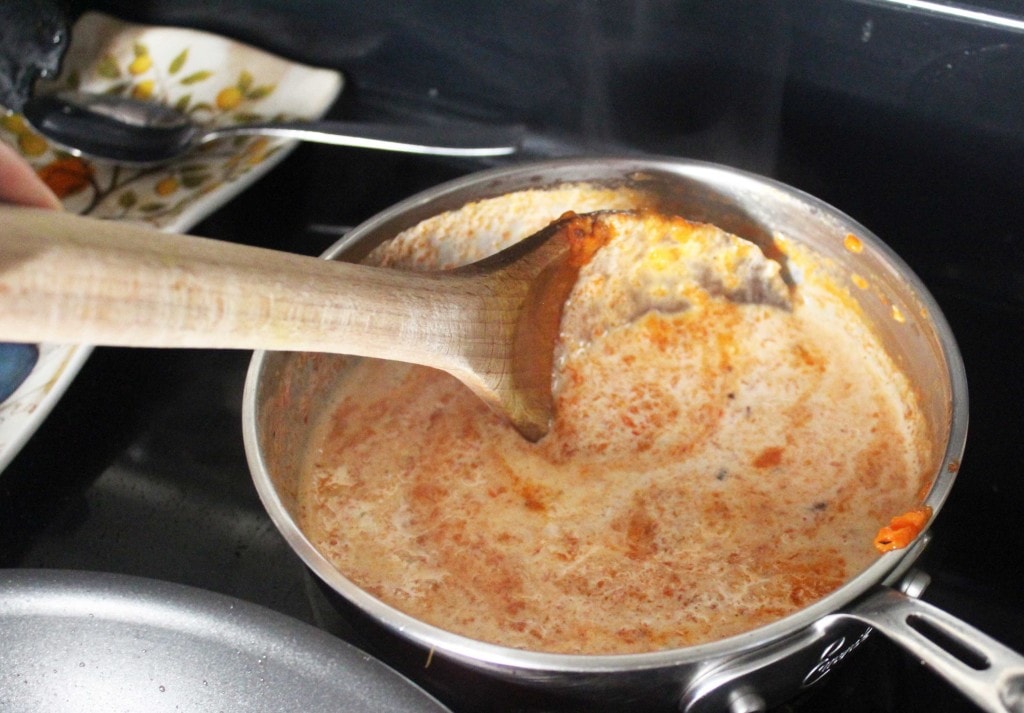 Now, to serve this you can go any direction you'd like.  The sauce is nice and mild, so I'd avoid anything super strong tasting like salmon or beef.  But, pasta, white fish, chicken, pork...anything light that needs a flavor boost is a great vehicle for this sauce!  I served it over tilapia crisped in a pan with just salt and pepper, and we really loved it. 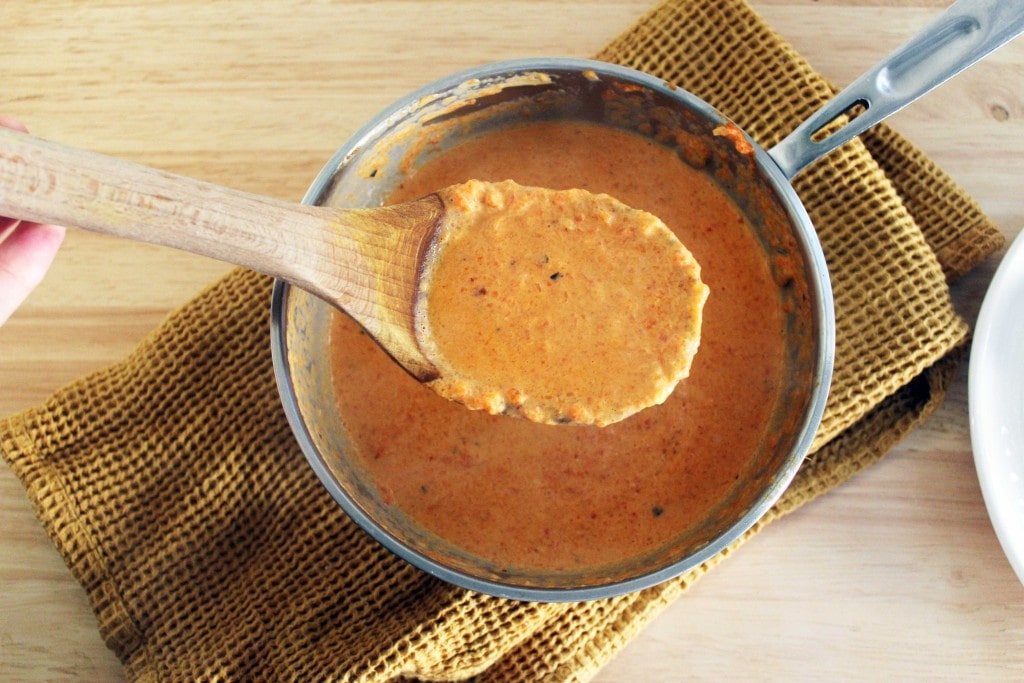 Make this soon - the leftovers keep for several days in the fridge, and it's a really nice condiment to have around to fleek-up your most boring dinners. 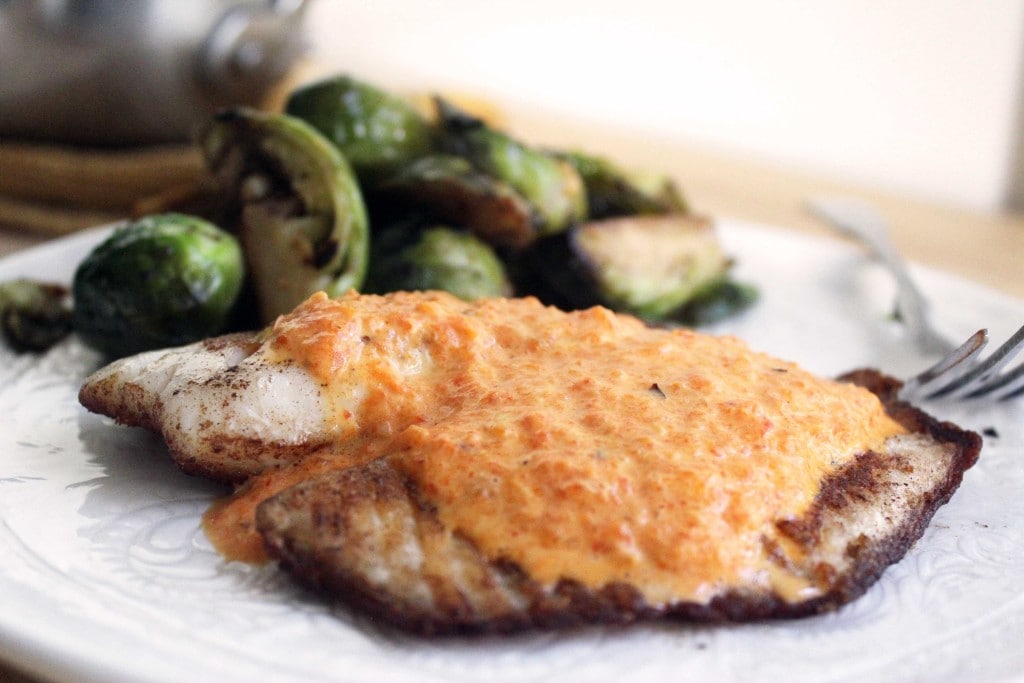 There's no way in hell I just used fleek right.