We have a new restaurant in Greenville!

Did you know that Greenville has the most restaurants per capita of any city our size? 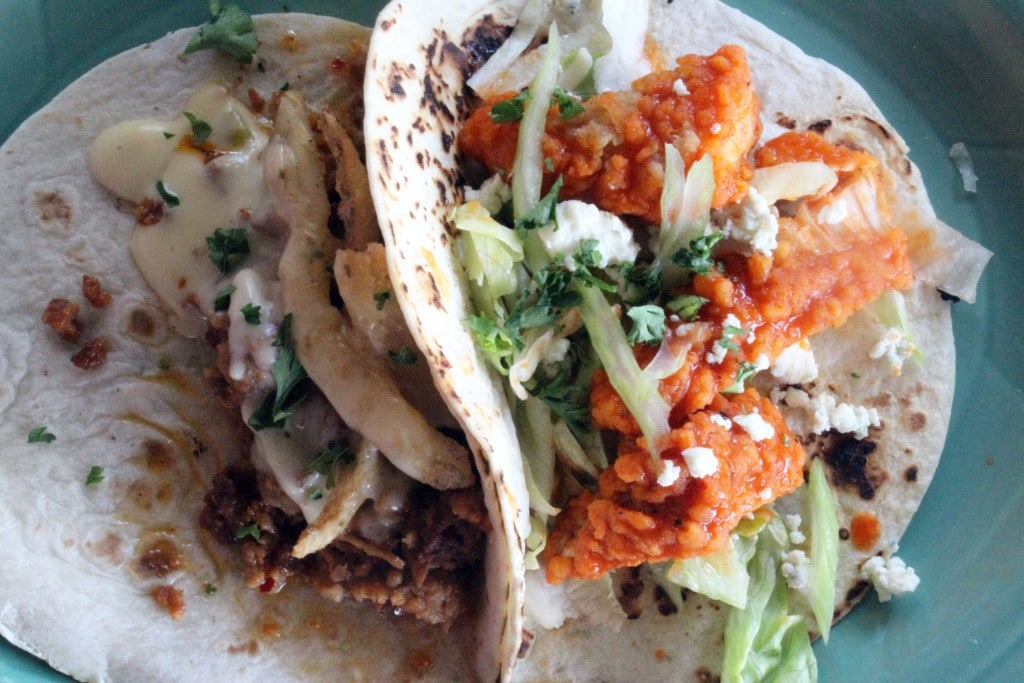 Someone told me that, and I have no clue if it's true or not.  Will you look it up and get back to me?

....it's like every other new restaurant, really.  Great ideas, cool owners, fun atmosphere, and a few growing pains.

The first time I went there was the night I graduated from yoga school (!).  After a year of hard work, Jay and I decided to celebrate.  We sat at the bar, had an appetizer, met the owner, and heckled the bartenders.  We had a blast! 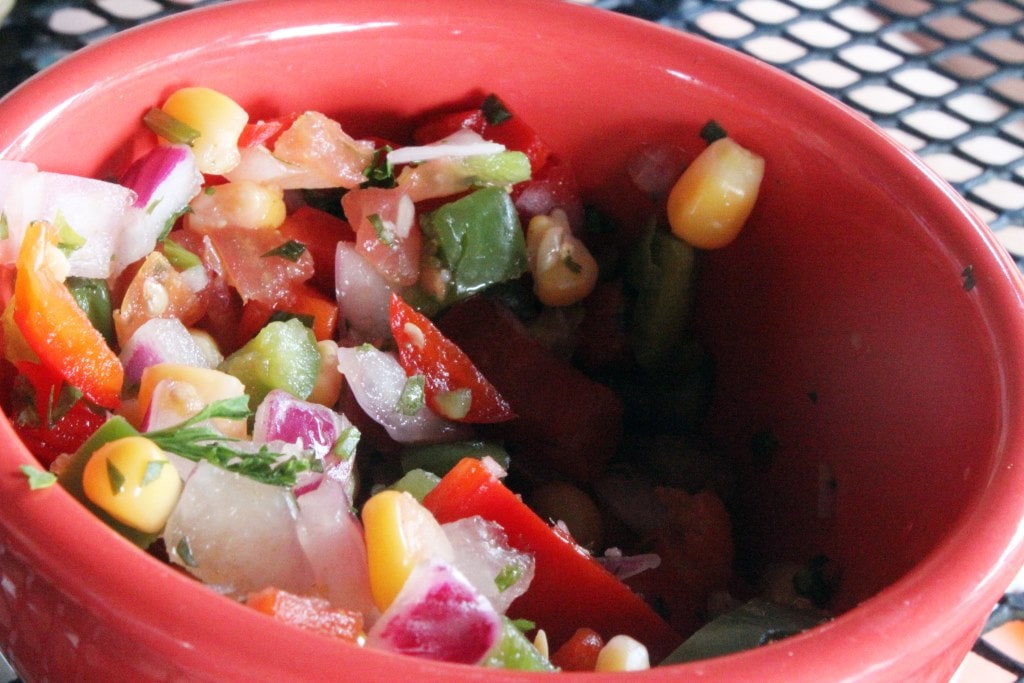 The second time we went was with a large group after Jay's last kickball (yes) game of the season.  We had a larger group, but the restaurant was nearly empty.  The service.  was.  awful.  I could have squeezed limes and made fresh margs myself in the time it took for a few coronas to come.  NOW, I'm all about waiting for food if the server is busy, or the bar is slammed, but the place was empty and we saw no fewer than 4 servers/bartenders throughout the course of our visit.  BUT THEN the server brought us half price shots so....I got over it?

Gringos is weird like that - there are a few little quirks with the food and service, but EVERYONE I've met there is super cool and I tend to overlook little things with places that have fun staff, even if they're slow sometimes.  So...picky diners beware?  This might not be the place for you.

The THIRD time I went there was to have lunch with my friend Maggie, and that was maybe the best "legit" dining experience.  Good food, good service, blah blah blah.  Truthfully, I've had a blast every time I've been there, which comes back to the "personality vs. technicality" thing.  Our server was this adorbs girl working on her undergrad in biology (hi!  we loved you!  thank you for great service!), who was super duper attentive and nice and chatty but not in an annoying way.  YAY!

Onto the atmosphere and food and real review stuff.  Ugh.  The atmosphere is great!  This place is HUGE, with two levels and lots of indoor tables.  There are bars upstairs and downstairs, and the upstairs has great potential for a bar scene later in the evening, while the downstairs may cater more for families and smaller groups.  There are two patios upstairs (one smoking, one not), which is great for those of us that believe that smoking is awful and gross and weird that anyone still does it.  Not that I'm judging.

Drinks at Gringos are typical, but they have some great beers available, as well as skinny margaritas.  They aren't crazy expensive, they aren't crazy cheap....they're all good though!  They do have some daily specials for $3 or so, and if it's stuff you like they can be a great deal!

The food is GOOD, and definitely a major reason we keep going back.  The owner (one of them?), Jacob, is from California via several other places, and I think the menu is designed around a taco-stand type of joint.  First and foremost:  the chips are SALTY.  In a good way.  I'm totally the girl who dumps salt all over chips at Mexican restaurants and then gets irritated that the salt doesn't stick so....very salty chips were a thrilling discovery.  They don't come free with meals, which is a bummer, but are still worth it for a few extra dollars. 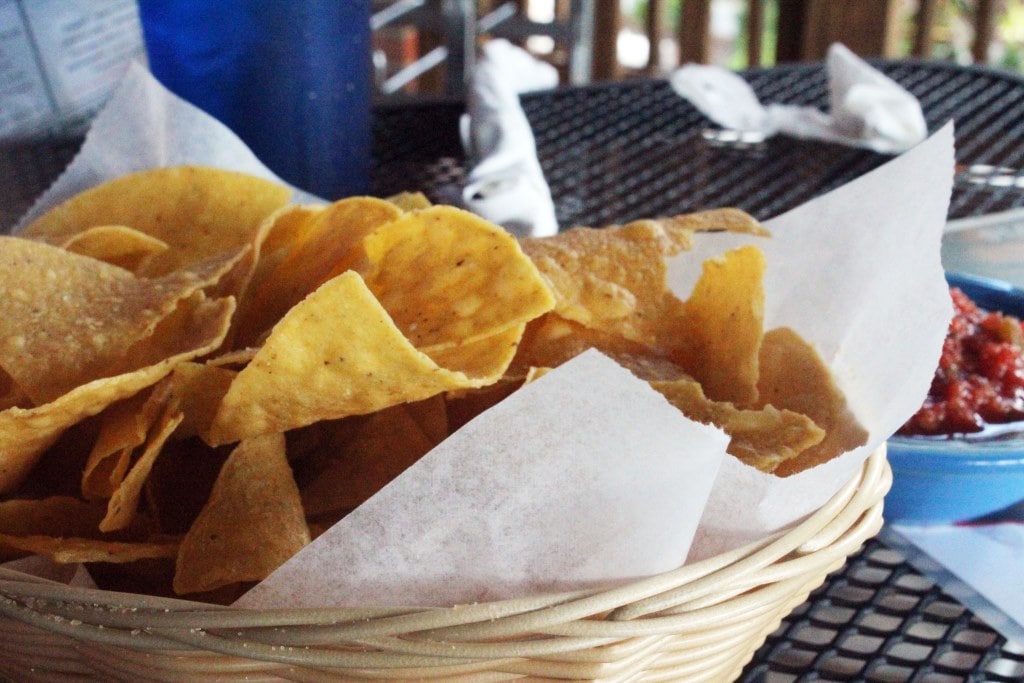 The first time Jay and I went alone we tried the Mexican Pizza appetizer and subbed chorizo for another meat - clearly a fantastic choice.  The chorizo was really delicious, and the pizza, two tortillas crammed with beans/meat/cheese/lettuce and sliced like a pizza, was yummy.

There are lots of a la carte tacos that you can order in sets of 1, 2, or 3, and I love getting to try different flavors each time.  The Asheville taco, a vegetarian option, is super popular, and I'm a big fan of the chorizo and potato taco.  It's REALLY yummy, and the chorizo is SPICY.  In a great way.  I will say that the chorizo is super duper oily (a full napkin used up from the slightly off-putting drippings), so a drain on a paper towel in the kitchen wouldn't be a terrible idea. 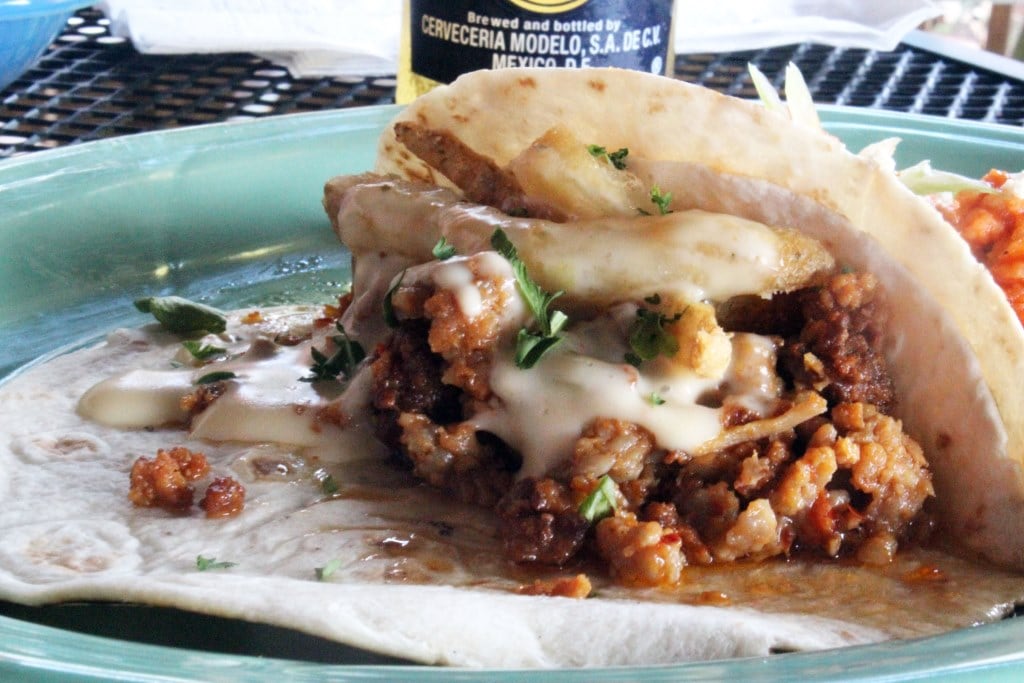 I tried the buffalo chicken taco last time I was there, and it was great!  Nice and spicy, crunchy lettuce - totes yummy.  Nothing that's reinventing the wheel, but I loved it.  All the tacos come on charred flour tortillas, which are delicious. 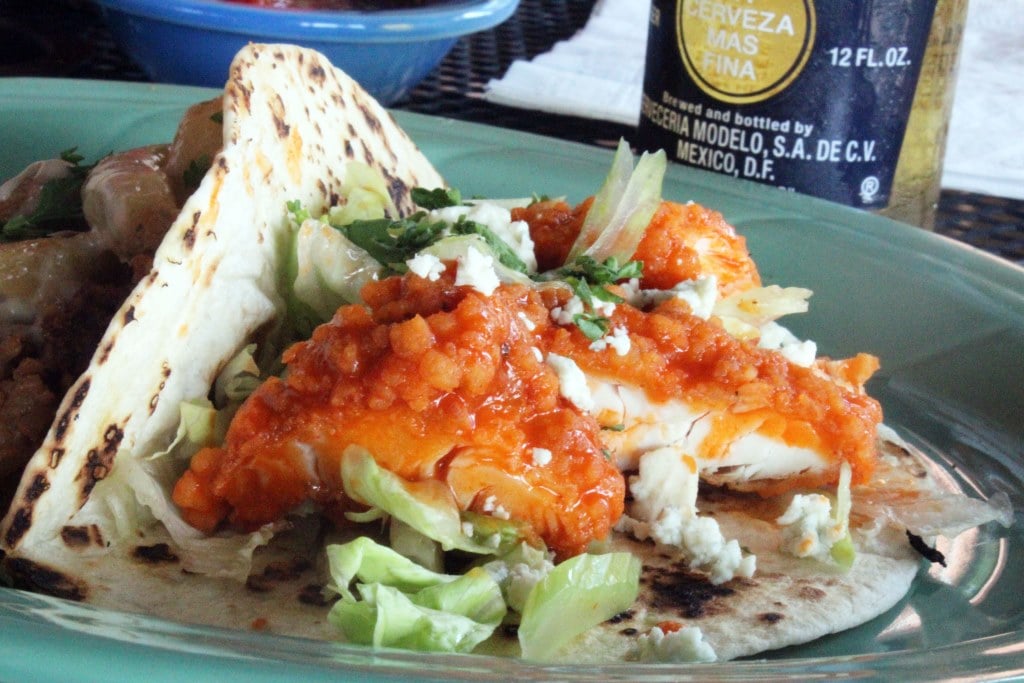 Overall, I haven't had anyone say that they've disliked anything they've tried at Gringos.  The service is on the up and up, so we'll definitely keep coming back.  New restaurants are always so tricky, and Jay and I agree that this scene (transferable from dinner to bar depending on how long you stay) is a great addition to Greenville.  Also now I'm thinking exclusively about chorizo tacos.   And chorizo on salads.  And in burritos.  Durn. 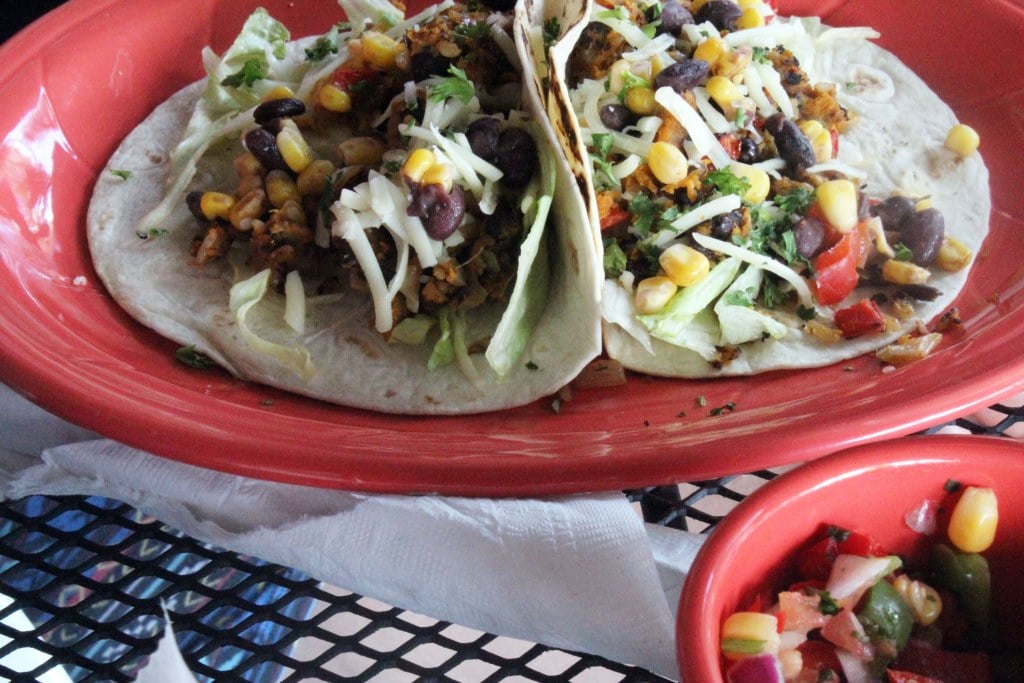 For the life of me I can't find a website to link to, but find Gringos on Facebook and check out their menu there! 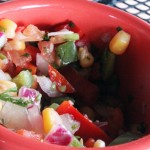 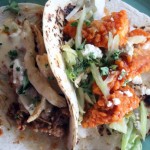 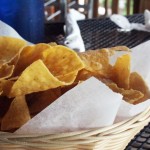 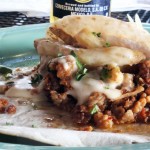 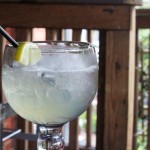 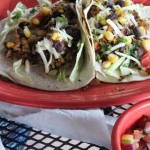 « The Right Direction
Oyster Mushrooms and Scallions with Miso »