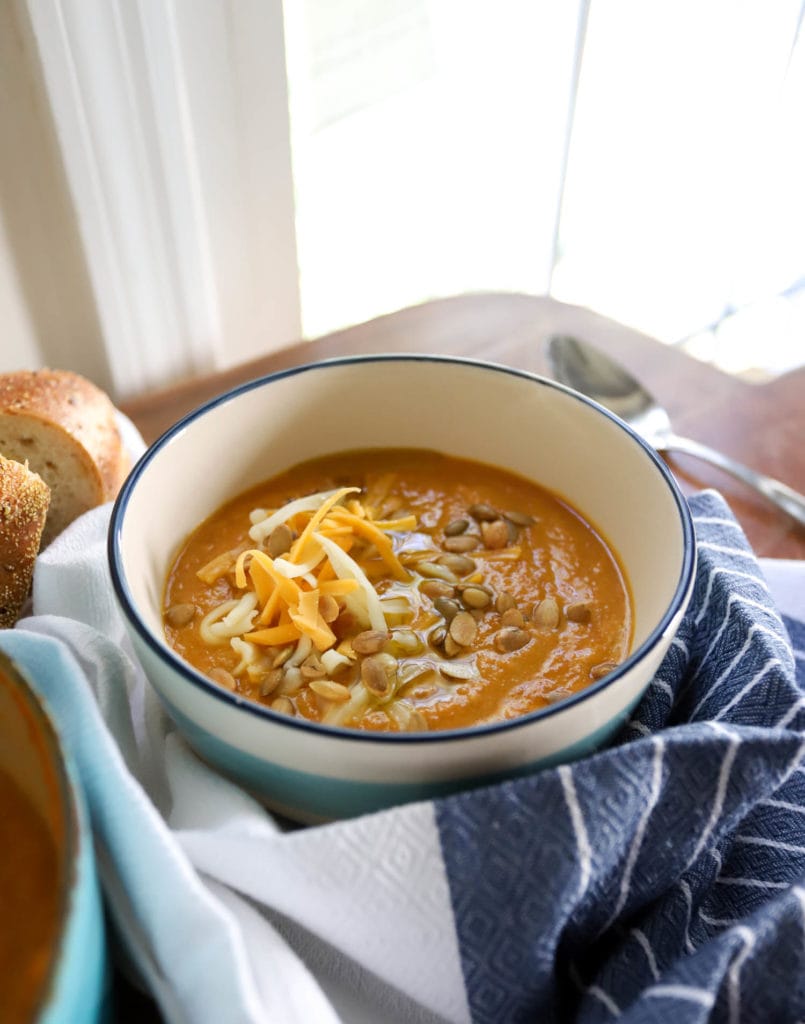 Orange soup! Just narrowly in time to be appropriate for Oktoberfest, perfect for Halloween, and seriously healthy + delicious. In fairness to your taste buds, be aware that this tastes like pumpkin. I know, shocker. But, if you're not super into the flavor, it can be strong and even slightly bitter. I think the beer + cheese pairs perfectly with it and the result is nothing short of earthy, but you could easily tame this soup with chicken instead of veggie stock, or swap half of the pumpkin for mashed sweet potato or butternut squash.

For me, though, I dig it. It's perfectly seasonal, hearty but not overly filling, and dunking a soft pretzel in it while your kids eat mountains of candy tomorrow night might not be the worst thing in the entire world, just saying. 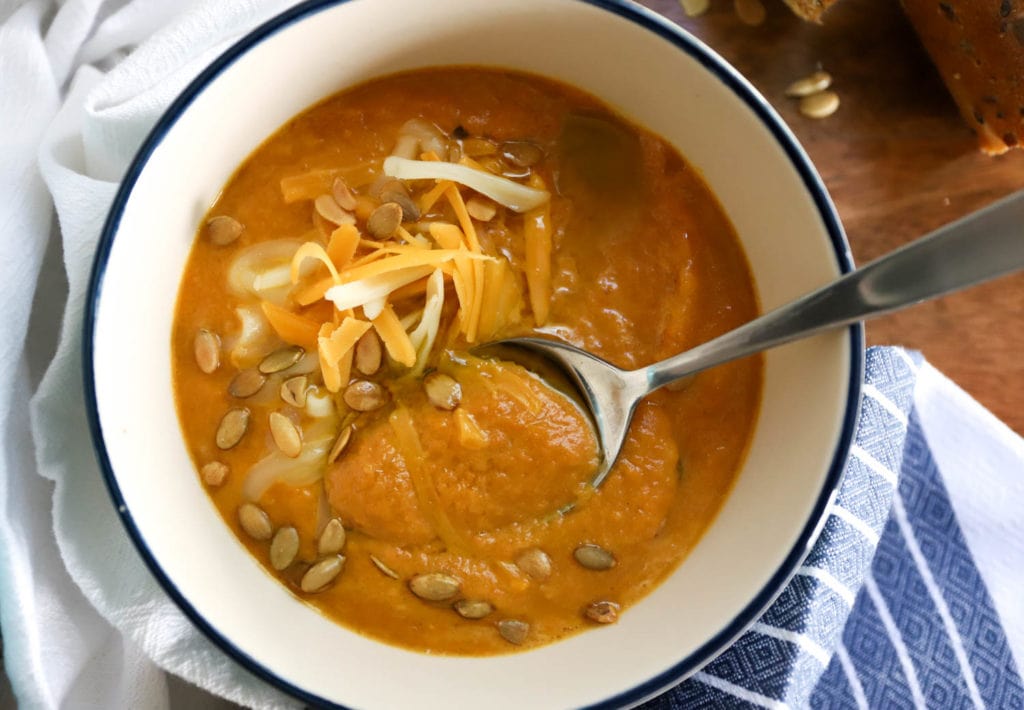 The base of the soup is onion, garlic, celery, and carrot. Then we have beer and canned pumpkin (NOT pumpkin pie filling, gross), veggie stock, and the whole thing is finished with cheddar cheese, fontina, and mascarpone cheese swirled right in. Pumpkin seeds on top because of course. I also intended to put bacon on top, but then forgot about that and gave it to Beck instead. Guess who WASN'T mad about that? 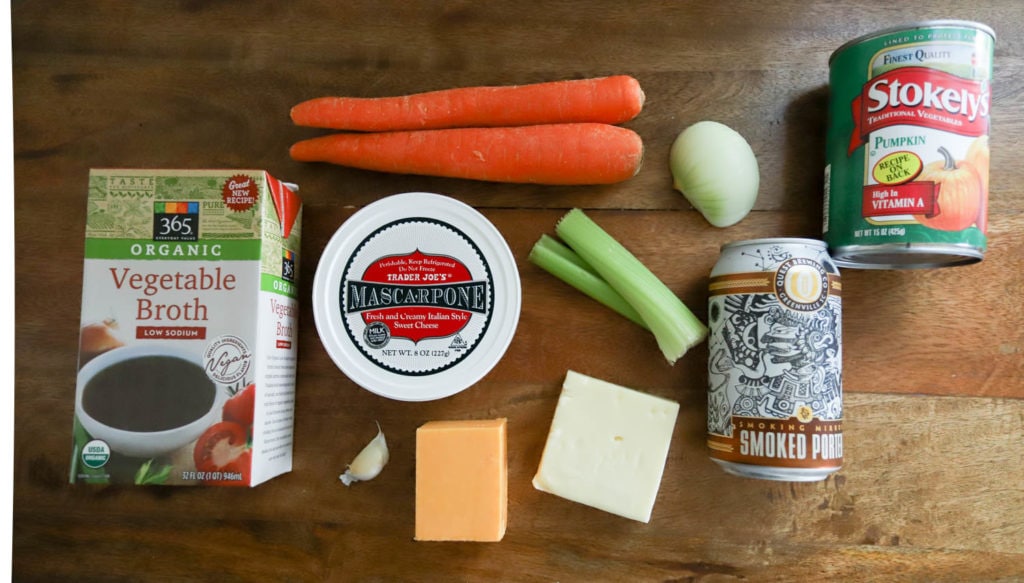 A few other things to note: This is a vegetarian soup, but chicken stock would be wonderful in it if you aren't vegetarian. It's also small-batch, 3 or 4 servings depending on your appetite. So, if you're feeding a crowd, grab a bigger pot and make a double batch! To start, chop up the onion, carrots, and celery. Add them to a soup pot with a little bit of olive oil over medium-high heat. 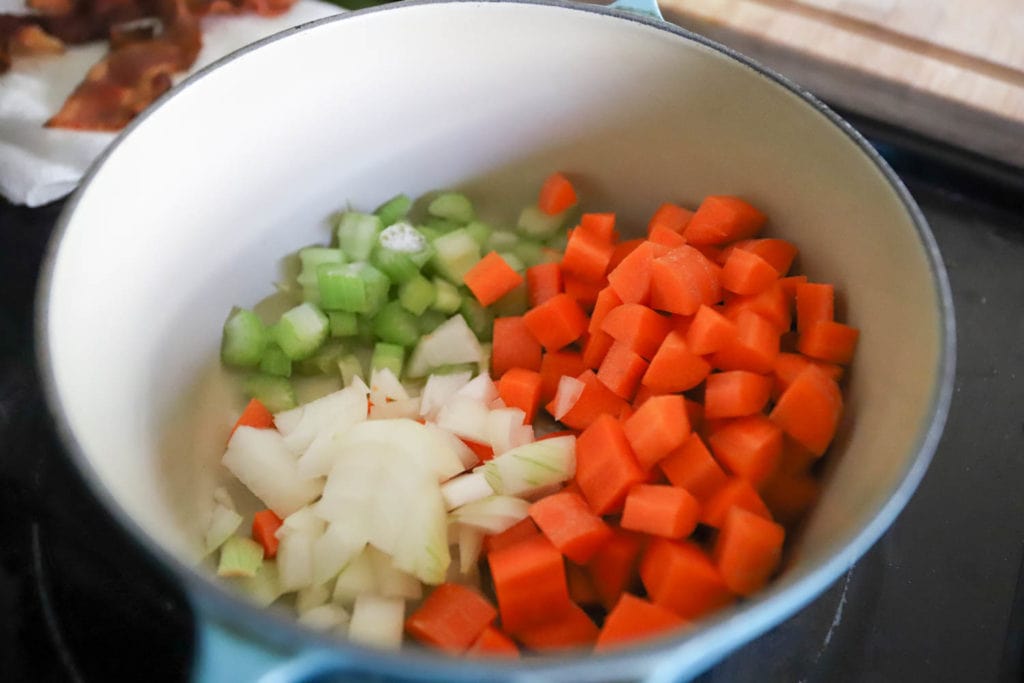 Cook the veggies, stirring, for about 5 minutes to start to soften them, then add the garlic and stir that into the mixture for a minute or two, just until it is fragrant but not browned. 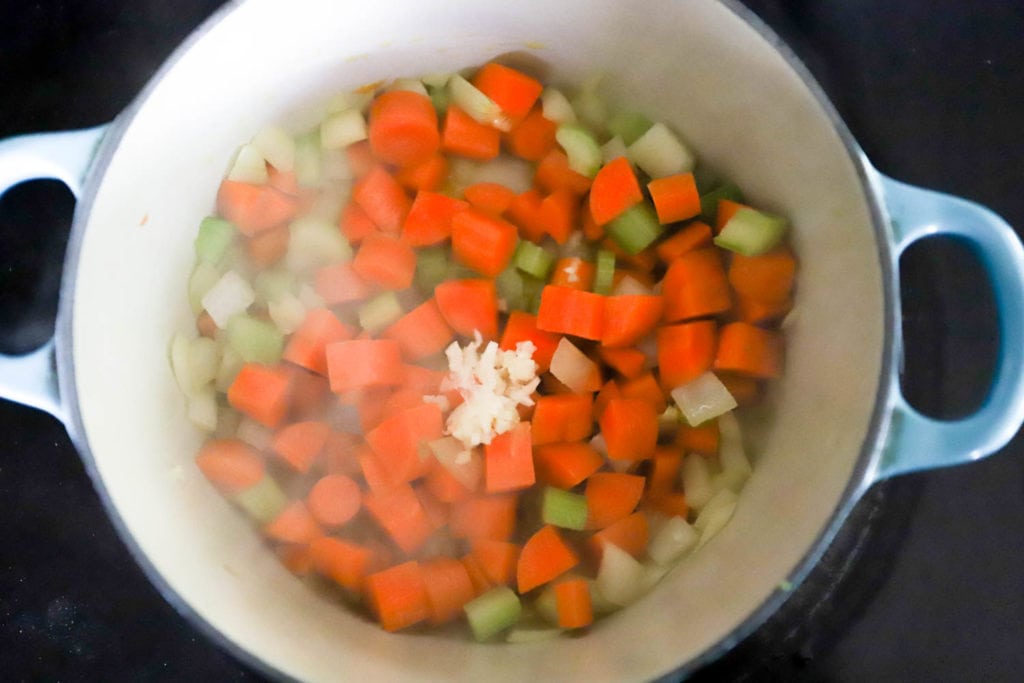 Then, pour in the beer! Half a beer in the soup, half in your tummy. This is a dark smoked porter from a local brewery, and I love dark beer in this, but any kind of beer will do. If you're not super into beer, skip it, or use a light beer for a nice mild flavor. Let the beer bubble and reduce by about half. 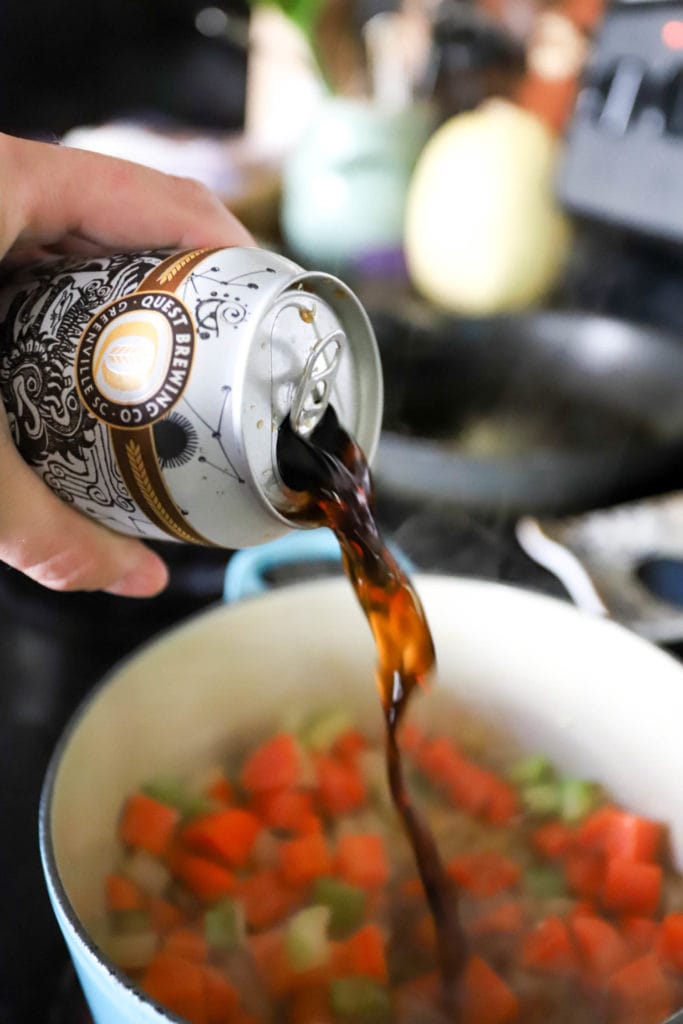 After the beer has reduced a bit, dump the pumpkin puree and the stock into the soup. Stir the soup together, then reduce the heat to medium-low and cover the pot with a lid. 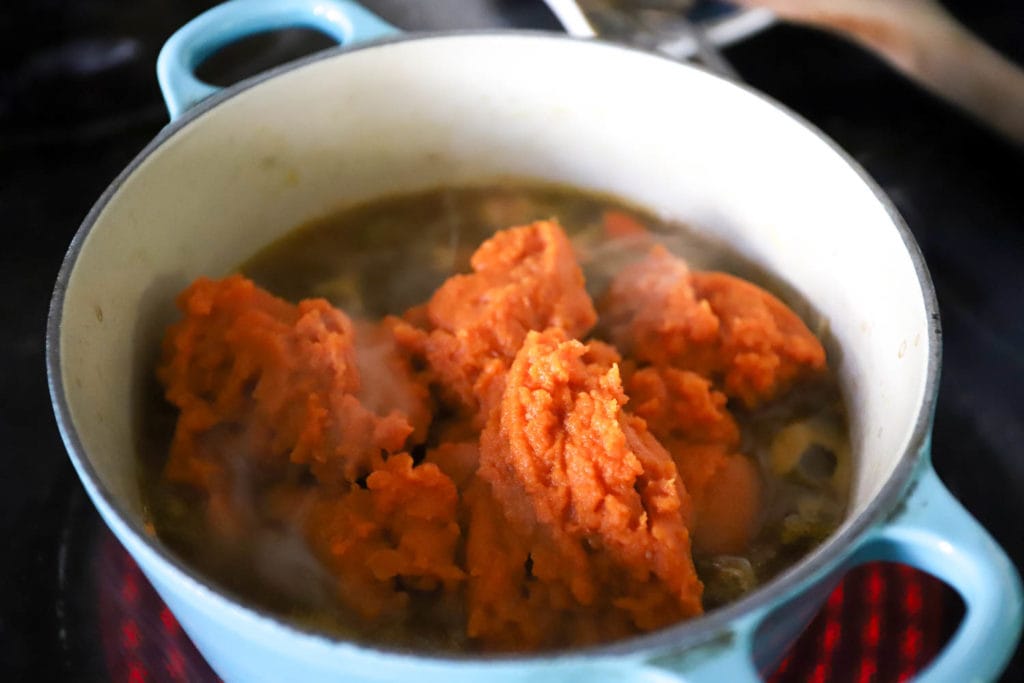 Let the soup simmer for 30-40 minutes until the veggies are very tender. Stir the soup every 10 minutes or so so it doesn't stick, and test the veggies with a fork to be sure they're done. 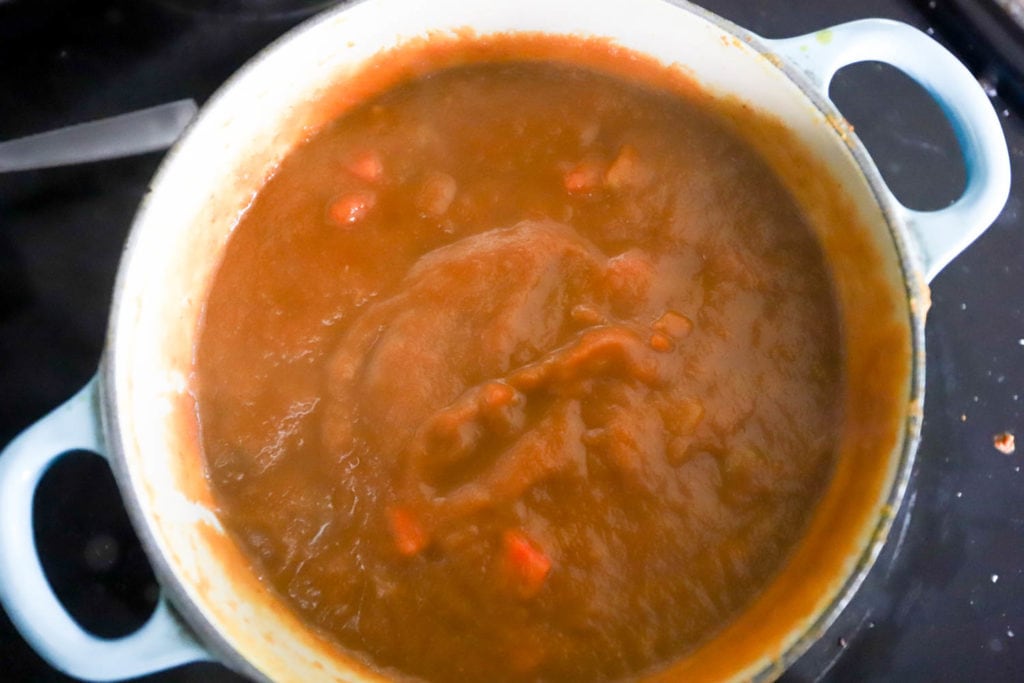 While the soup is simmering, grate the cheese if you haven't already done so. When the veggies are cooked, very carefully puree the soup in a blender or food processor. I have a stick blender so I puree the soup right in the pot. 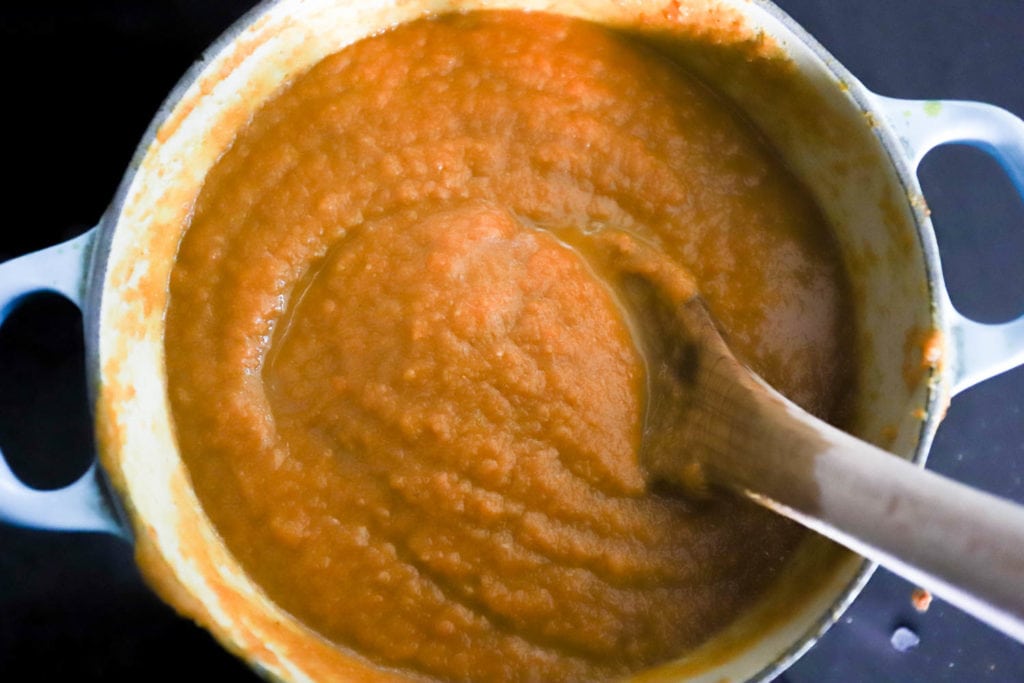 When the soup is pureed, stir in all three of the cheese. Taste the soup and add salt and pepper to your preference - the amount here will depend on how much salt is in the stock that you use. 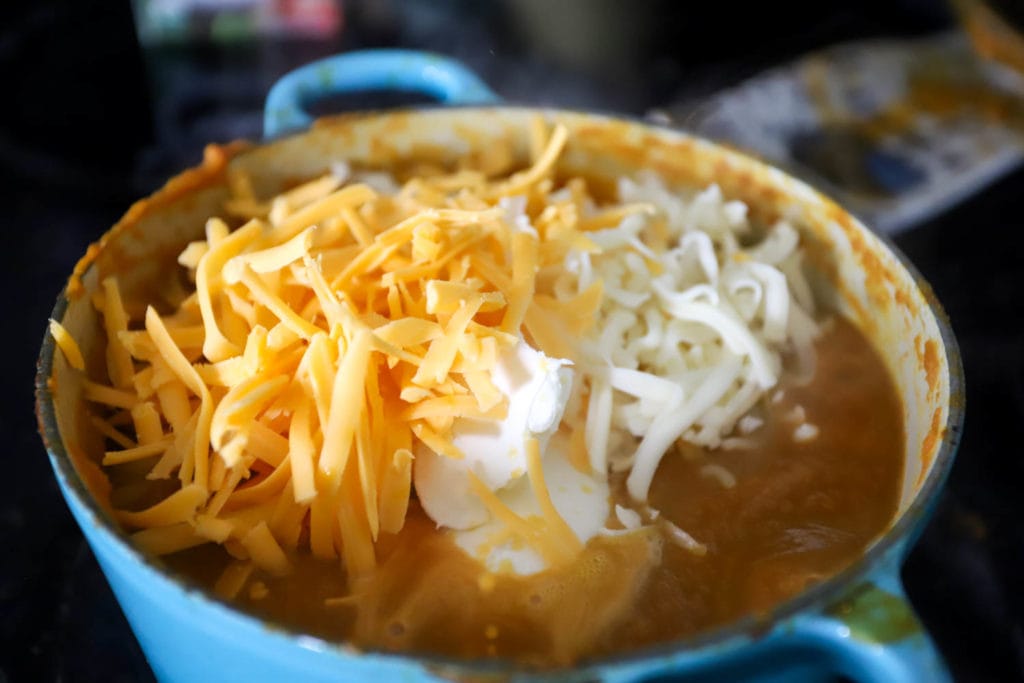 Cook the soup for a minute or two more just until the cheeses are incorporated and the mascarpone has dissolved into the soup, grab some bread, and we're good to go! 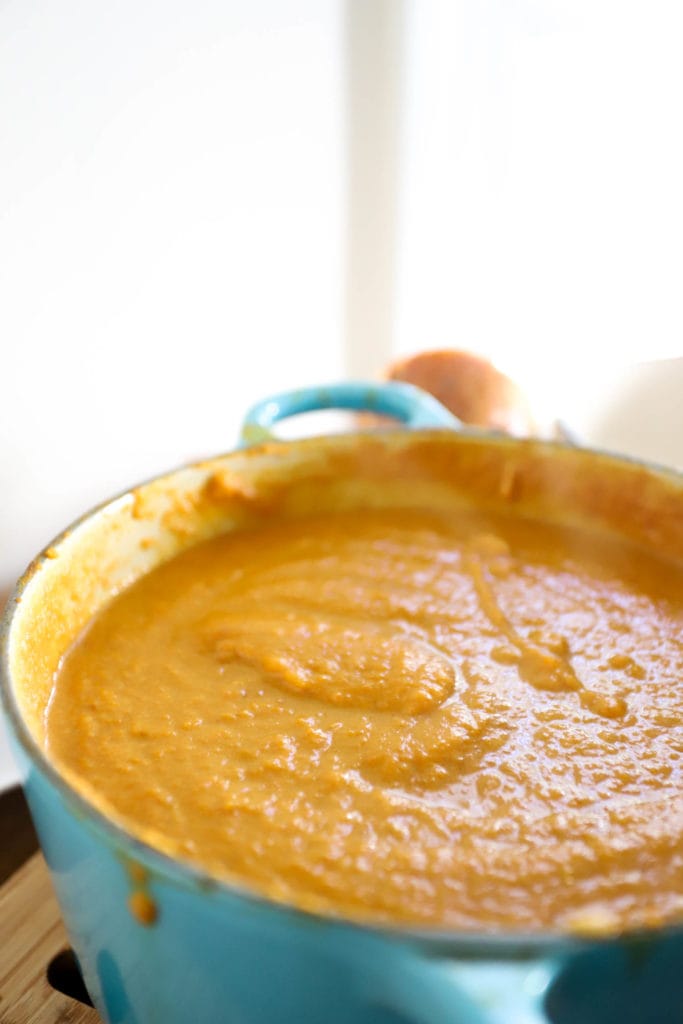 Simple, cozy, comforting. I love topping this with pumpkin seeds for crunch and because it's so matchy-matchy it'll make your teeth hurt, and some extra cheese and fancy olive oil +flaky salt seal the deal. 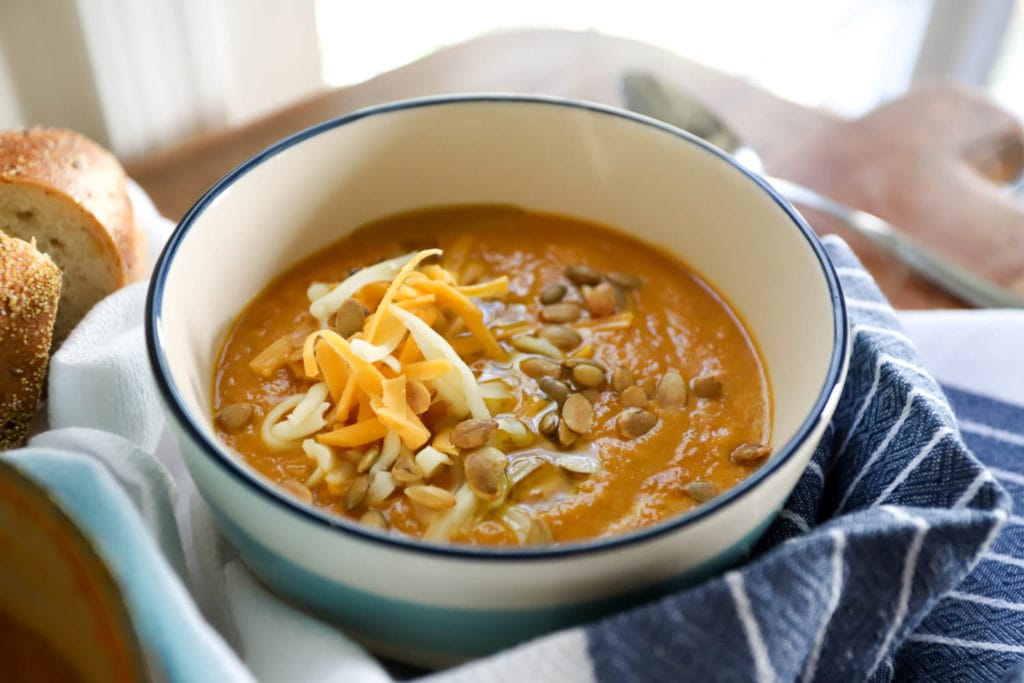 Happy Halloween week! We do not have costumes yet for anyone in our family. 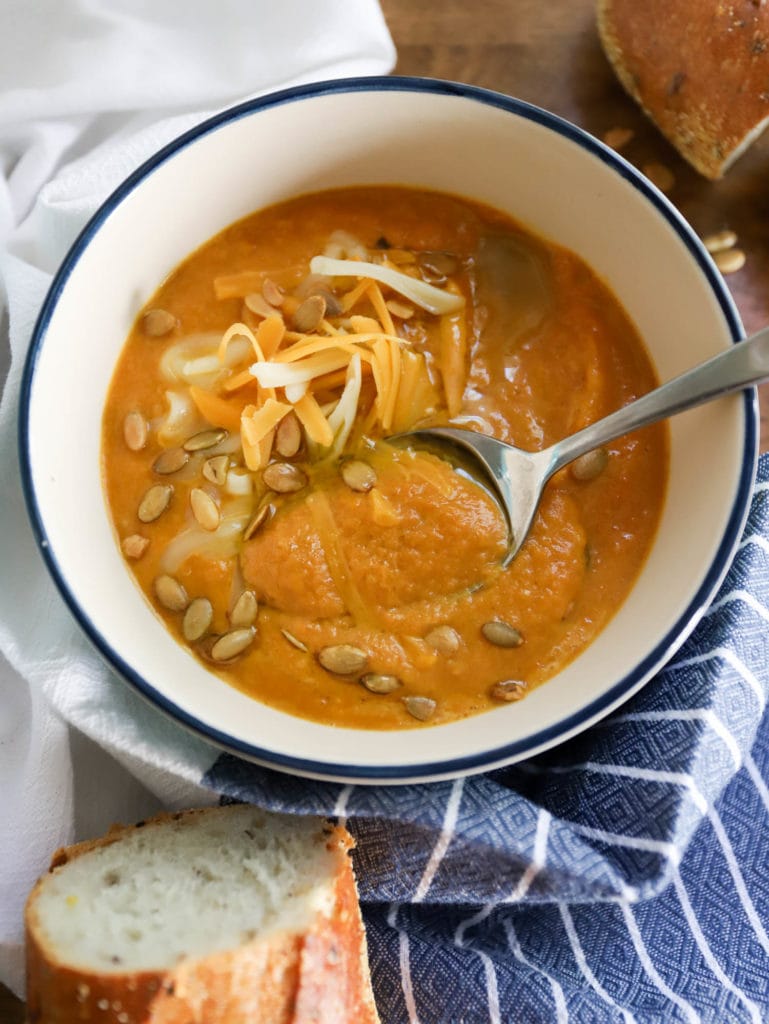 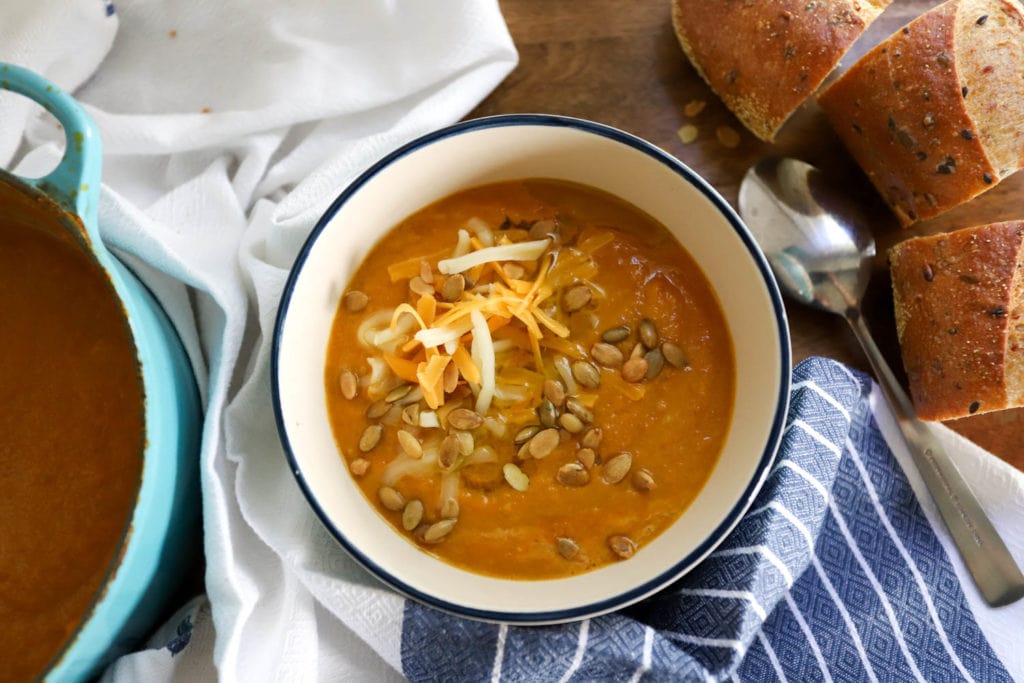