So we arrived. To full-term, to the point where if I go into labor right. this. second. we can attempt birth at the birth center (always as long as nothing changes or goes wrong) and no one will lose their minds.  Except me, who is always losing her mind.  Hence the ironic picture. 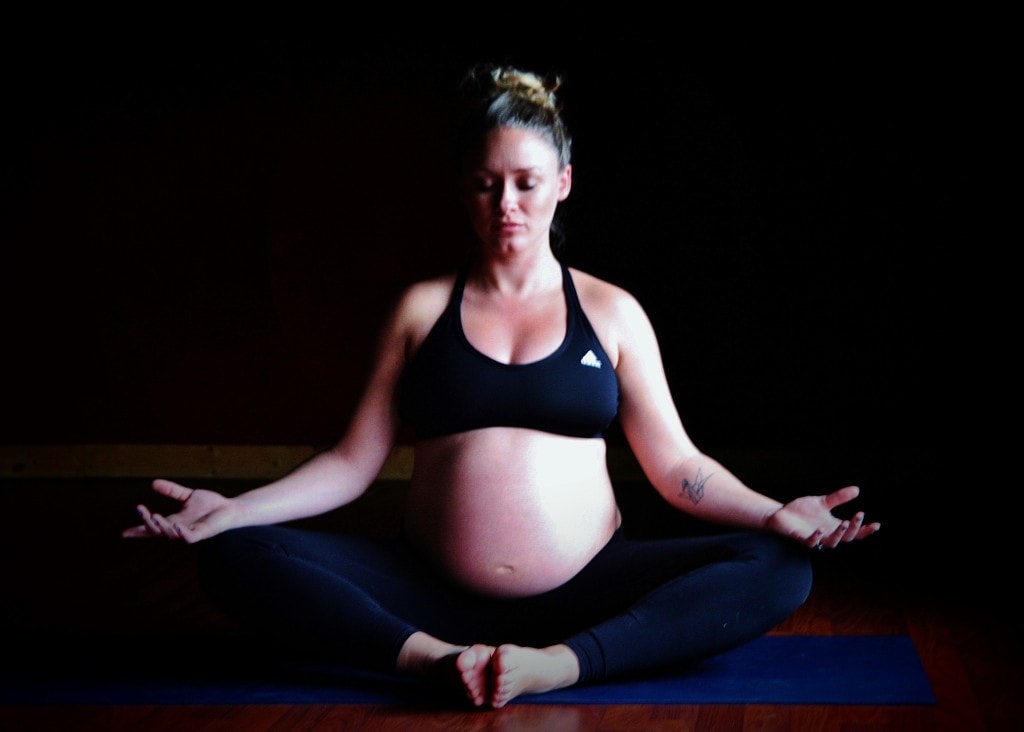 It also means that we might have 5 whole more weeks of this nonsense, which I'm NOT hoping for. Since just last week I've gone from "this has been pretty easy, all things considered" to mainly miserable physically. Nothing much has changed, necessarily, it's just little things - a little less sleep, a little more stuffy, a little busier but too tired to handle things like I'd like to...small shifts in the direction of GET THE FUCK OUT OF MY BODY, KID. People are all "sleep while you can!" but I can't breathe and I snore and most positions are uncomfortable AND also it's not like you can stockpile sleep so... well-intentioned as they may be, those people aren't living the swollen-sinus dream like I am. Same goes for the "you think you're tired NOW camp," um, helpful? Not so much. Guys, we know. Sometimes having a newborn is exhausting and frustrating and hormonal and feels hopeless. That message has been received so loudly and so clearly this year. But right now, in these moments, all I'm thinking is "right, but at least you get the baby at that point." Right now it feels like the bad stuff without the prize, which makes me all the more excited to meet this gremlin. And also to be able to breathe through my nose again. 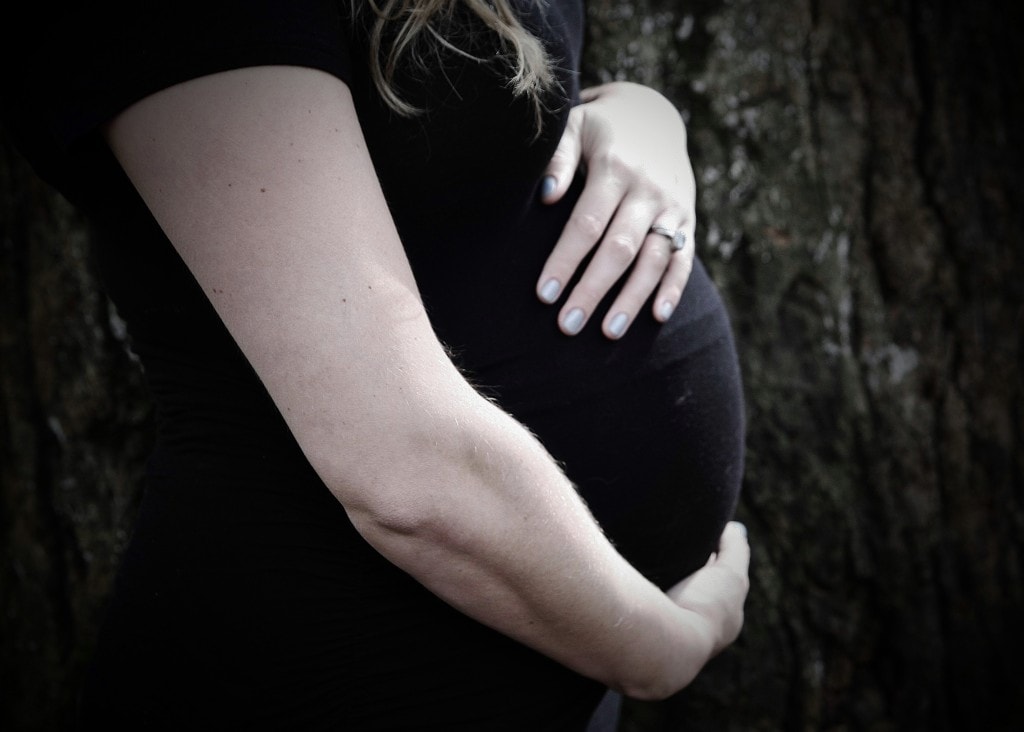 Both of us are pretty hardcore nesting, not with weird crazy stuff, but more like this stuff needs to get done and we have three weeks to do it. Christmas decorations, Goodwill runs, keeping on top of cleaning and laundry, that sort of thing is kind of ongoing so that whenever the baby IS born we won't be in a massive cluster of things that aren't done yet. Of course during all this our house shifted ever so slightly (like SO barely) but it uprooted a bunch of tile in our shower. So we are having a new post put in under the house to stabilize things and the tile floor in our shower redone, which is fine. But then the other night we went to Home Depot to actually purchase said tile at 9pm because that's when we had time and I wanted to be all "no I'm not insisting on a bathroom remodel at 9 months pregnant, the floor just really broke!" because people for some reason like making fun of bigfat nesty pregnant people. Whatever, at least I'm getting stuff done. 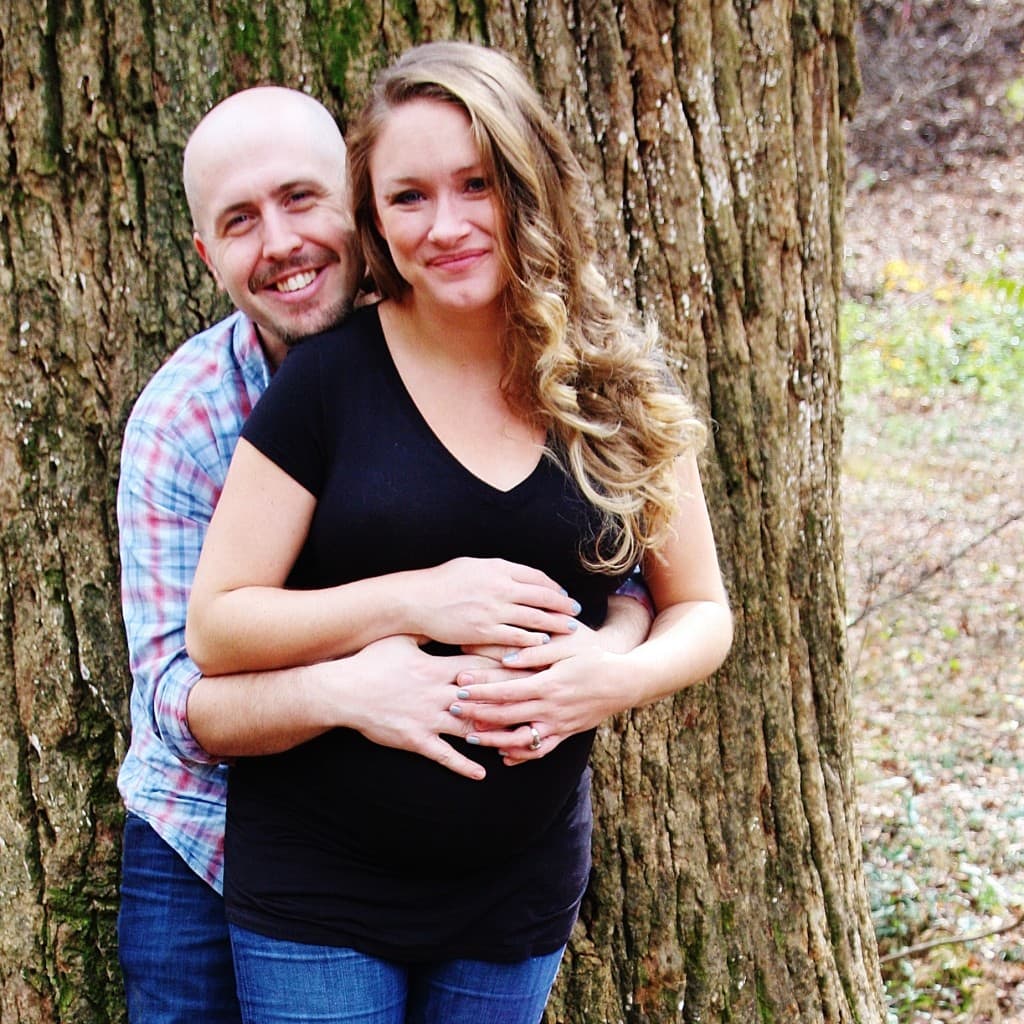 The other form of nesting for me is wanting to buy alllllll the baby stuff. We have everything we'll need for the first little bit, and I'm told that Target and CVS will still be open even if I have a newborn, so I've been pretty insistent on not buying all the things. Until now, when I want to buy all the things. I'm still holding firm with myself because OMG JUNK CAN'T DEAL KILL ME NOW and I get my fix by perusing websites (buybuybaby is a fav) and best of thisyear baby gear lists. I won't buy it, but I can look, right? RIGHT.

Bump-wise, my belly itches a good bit and feels bigger every day, notably by the end of the day. In the mornings it's always a little more deflated, which is a really welcome feeling. I have the faintest dark line running down the middle of my belly (linea nigra), but it isn't very dark since I'm really fair. Last week at the midwifery I had gained 6 pounds in 3 weeks according to their scale, but all my clothes still fit fine so the assessment was made that I was retaining fluid. YAY! I mean, to make it to 36+ weeks without any noticeable swelling is OK with me, but since the middle of last week my ankles have been much less defined than in their past life. Interestingly, the RIGHT ankle is more of a cankle than the left, which looks even sillier. I weighed myself at home a few days after that appointment and was down four pounds, so who knows what that was all about. We see the midwives once a week now, and are waiting on results from the Strep B swab (in TWO holes, yummysexiness) to see if I'll need antibiotics during labor, and watching my blood pressure with baited breath for any signs of preeclampsia. My blood pressure has been low and steady thus far, but it could always spike at the very end and make things all annoying for everyone.

We have not packed bags for the birth center yet. Isn't that weird? People ask about it all the time, and I 1. haven't really thought about it, and 2. am secretly saving it for when I think I'm in early labor to help feel like there is SOMETHING left to do while I have to be laboring at home for potentially days on end. This of course is a weird reason to procrastinate and probably means that I will go straight into active labor and not have the brainpower to properly pack, but I'm going with it. I'm trying to be super productive but also not so prepared that I get bored and anxious right at the end. Boredom CAUSES anxiety in me, so this is what I'm going with. 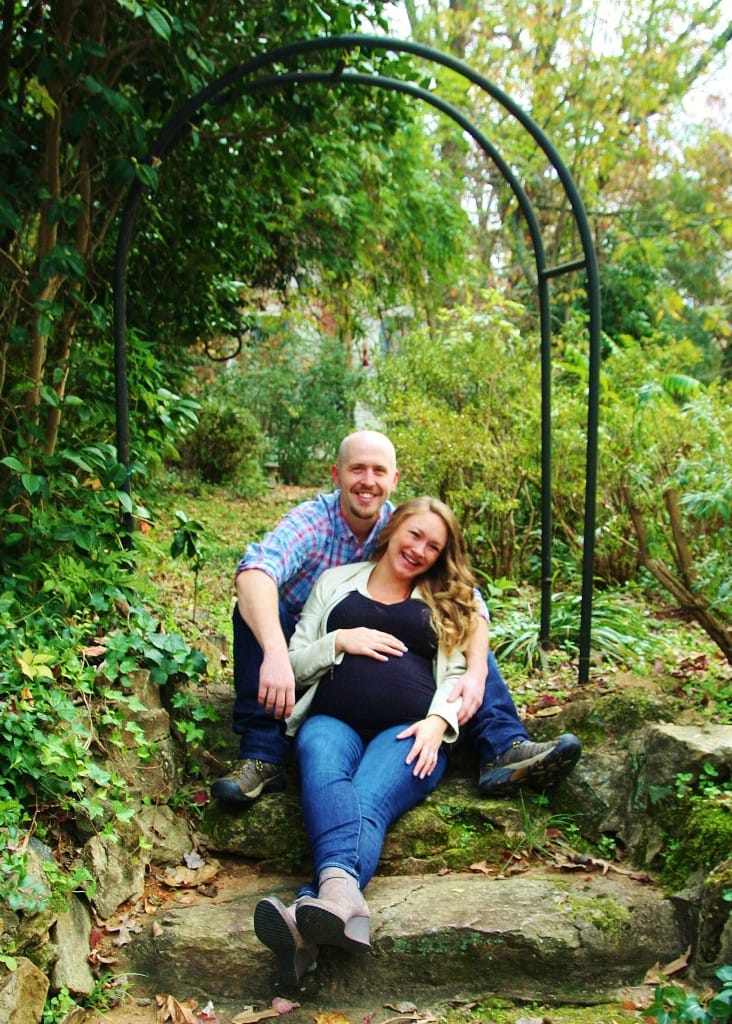 Similarly, we have a vague spoken birth plan but nothing written down. I should probably type something up in case it all goes to pot, but the gist is that if all goes to plan we'll labor at home as long as we can, go to the birth center, have the baby, and come home. If THAT plan happens there won't be an option for drugs, and if anything does become medically necessary I trust the midwives explicitly and will probably do anything they suggest. They stay with us the entire time should we have to transfer to the hospital too, so I'm not even all that worried about a cesarean - if it's necessary it'll happen and that will be it. I think that's my reasoning for not really having a plan, we know we kind of want things calm and natural but there are so many IF'S that I don't think I could possibly type out all the maybe's that could happen, and I DO trust the providers and Jay to make good choices if I can't make them myself. I don't have any really specific desires like foods and smells and music and lighting, but we WILL be kind of strict on visitors. Because we'll go home quickly from the birth center (6-8 hours after delivery), we are going to have very few, if any, visitors there to give us some time on our own after the baby is born. We are going to have my mom at the center if she's available and my best friend to take pictures (she took these maternity pictures!) as long as it isn't in the middle of the night or anything like that. I feel 100% confident that Jay and I will be just fine on our own, but my mom gave birth 4 times without epidurals, and with Jay's leg still healing I figure two strong supports can only be better than one, right? And if I get to hating one of them then there's a fallback so I won't be alone hating life in the middle of transition or something. That should be exciting for everyone involved, blind rage at the people I love the most in this world.  See?  Rage. 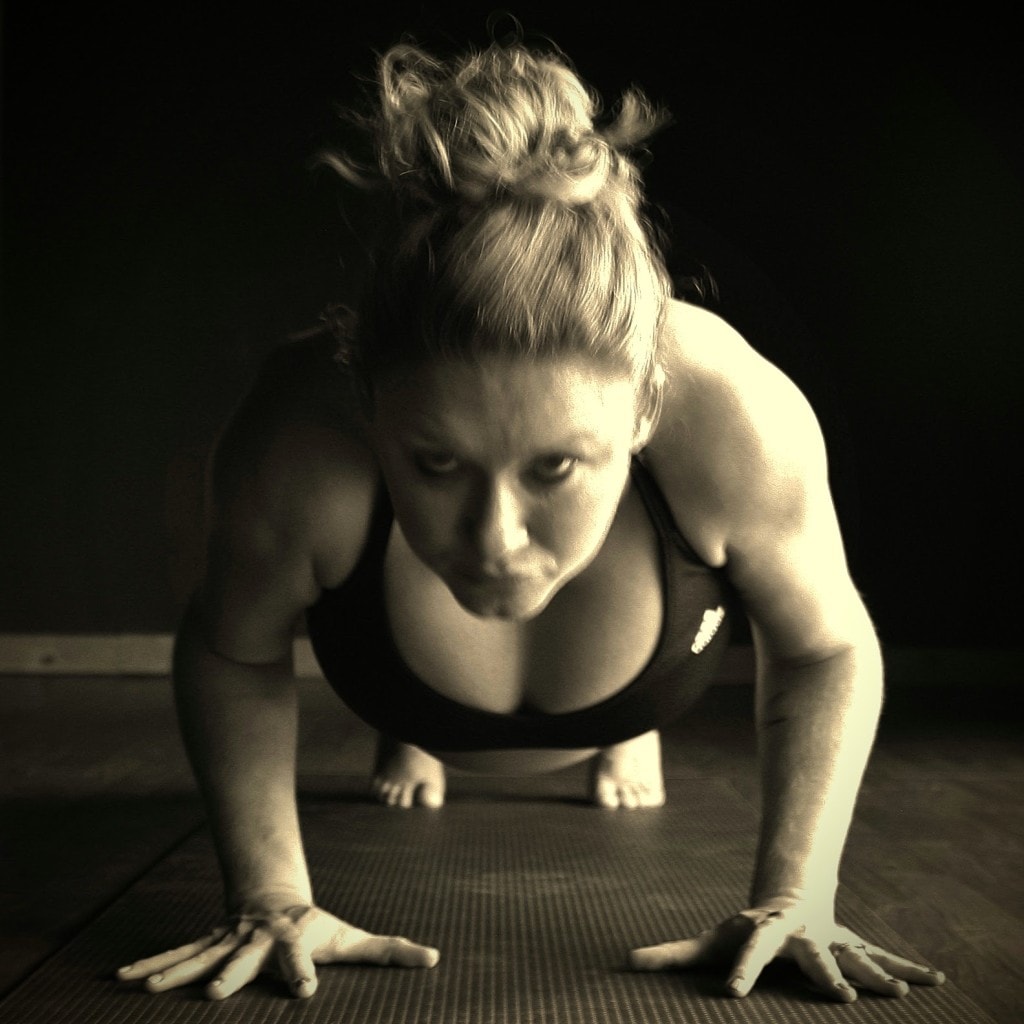 When we get home we'll start the flow of visitors with the grandparents/sisters first and kind of playing it by ear after that. I've read a ton about being firm-but-kind with visitors right at the beginning to savor the first days with just the 3 of us/recovering/figuring out breastfeeding, but then I start to feel massively guilty about keeping people from their GRANDCHIIIIIIIILD OMG and then I waver but also don't want to miss out on quieter times not having a thousand people all around. It makes it doubly tough having a baby around the holidays when we naturally want to be with our peeps and of course we want everyone who loves us to meet the baby and be there. Luckily our family on both sides is super respectful (or scared of me because #boundaries, but don't tell me that please) and knows that we just can't anticipate how we'll feel yet, and are OK with short visits right at first. I think. At least, that's what I tell myself. 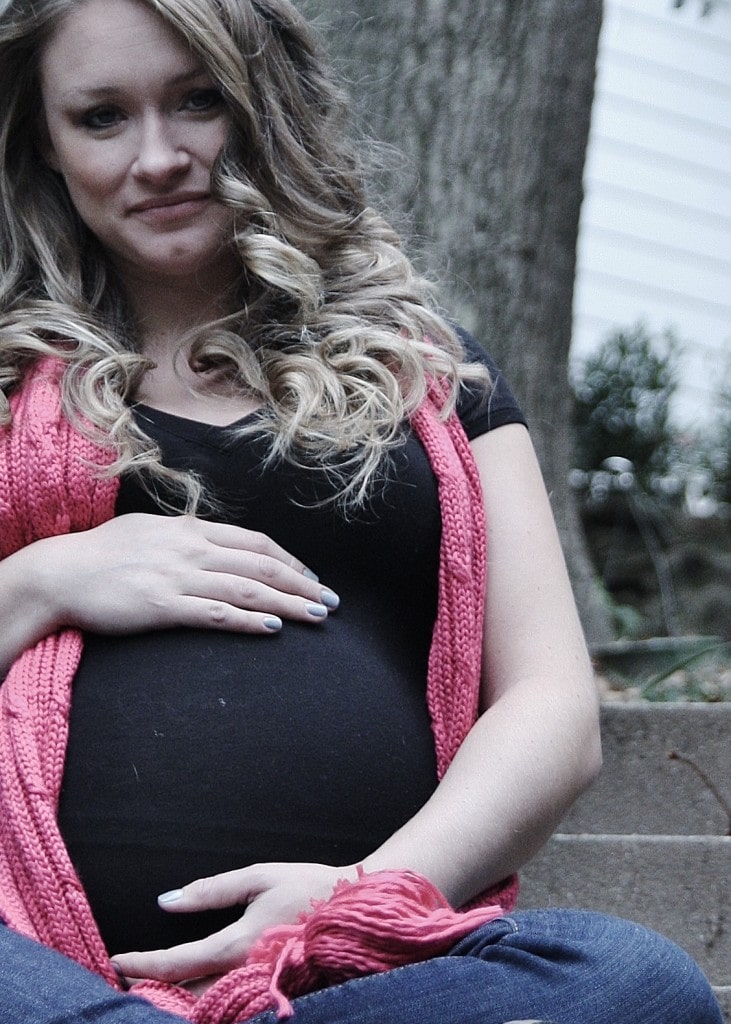 So we don't know when bebe will make herself available to us, we don't know her name, and we have an incredibly vague plan for during and right after labor. I feel like I'm not freaking out enough, but then sometimes I'll have a 10-second moment of painful gas and be all "OMG THIS IS JUST A FART HOW WILL I MANAGE LABOR I'LL DIEEEEEEEE," so maybe I'm freaking out a little and just masking it with chores. Which, again, is making my house look really nice. Coping, amirite?

I am, though, obsessed with these pictures and will keep sharing more like the vain basic white person that I am. You're welcome for that.