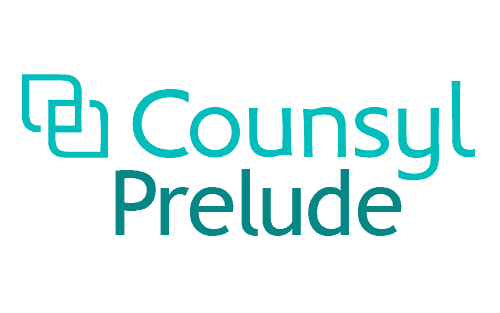 Hurray, a post about bloodwork! I got some, it gave me some information. #science

Ha. No. That wouldn't work with my aesthetic at all, would it? Nope, must overshare, overexplain, overtype, overcompensate.

So anyway, genetic testing! We found out we were pregnant, immediately were offered options and new information and WOW have things come a long way since Beck was born just a little over two years ago. I'm sharing this in a little bit of detail because in talking to other people I've learned that what we were offered 1. isn't the norm and 2. isn't widely known about and clearly we need to know the latest and greatest about our own dang bodies.

When I was pregnant with Beck I declined all genetic screening for a few reasons, the biggest being that the tests offered to us at the time didn't tell us much/anything. The neuchal fold test, for example, is a measurement on an ultrasound that measures the back of the baby's neck at 10 weeks. If the measurement is ... something, the baby may have a higher chance of having Down's Syndrome. The baby could also have a strange position, the ultrasound tech could suck, it could be craning its neck to hear the nonsense you are talking about in the big world, or any other number of things that make it super hard to measure the neck size of a lentil. THEN WHAT HAPPENS IS if the measurement puts the lentil in a "maybe yes" category, you are offered a few other tests that either are 1. risky but certain or 2. not risky but give yet another percentage of "maybe yes but maybe no." For my money (and after hearing a LOT of stories), it seemed like the probability of freaking out over a percentage was higher than anything real actually being detected. I also wasn't over 35 and had no risk factors or family history of Down's or other chromosomal disorders, so we declined.

This time, however, the "you have a fat neck or Down's, not sure which one" test is all but obsolete, and there is a nifty little blood test that gives you a YES OR NO with 99% accuracy at 10 weeks of Down's Syndrome, Trisomy 18, Trisomy 13, and some other chromosomal abnormalities, read here for more. It also can tell you the sex of the baby, should you want to know. We absolutely went for it, for a few reasons. First, knowing something vs a maybe was important to us. Second, if something IS wrong with the baby, we'd like to know sooner rather than later to either prepare or end the pregnancy in instances where the abnormalities would have been inconsistent with life (this is a personal choice, but things that would have yielded a stillbirth or no ability to breath on baby's own, etc are not issues that would have led me to complete the pregnancy). Without this test, those things would have been identified at a 20 week ultrasound based on my practice's standard schedule, and that's a looooong time to be pregnant with a dying baby, apologies for the bluntness.

So we went, blood was drawn, Beck was fascinated. The company that the midwifery I go to uses is called Counsyl, and I'd love it if they sponsored this post but they didn't, I'm just advertising for them for free because they were super easy to work with. As soon as you have the blood drawn you are given an online login so you can track the .... journey of your blood? ... and see results when they are available. They also work with you on payment should the test not be covered by your insurance, and offer discounts and payment plans if you don't have insurance or your plan won't cover the test.

Fast forward to our trip in April to NYC, I knew the blood work was in progress but still had a week or so left until the last day it would be ready. So there we were, in the line at Sephora because you don't just NOT go to the VIB Sale, and I got an email. With results! Which I opened in the line without telling my sister because 1. I clearly wouldn't be waiting to open the email but 2. wanted to know first and alone (in my head, in the middle of NYC) if anything was wrong.

Everything came back negative, no abnormalities detected of any kind (of the things they test for obviously), except for the presence of a penis, which I have no clue what to do with when it comes to kids.

It's a boy that is healthy so far! We knew at 11 weeks, when hardly anyone even knew I was pregnant, and it was SO WEIRD. Because we already have a girl, I fully assumed we'd have another one. Jay didn't know he cared about having a boy (and really, we'd both be happy with either) until the email told us we were having one (that's....professional...), and then promptly yelled on the street which is fine in New York, and then we went a drank pink champagne for one last little girl moment (because obviously pink is for girls, ugh, no), and I immediately started fretting about how to raise a boy that isn't a white supremacist bigot rapist because HORMONES, but I have calmed down somewhat on that front.

PS, as part of this test you are entitled to a free session with a genetic counselor, which we would have absolutely taken advantage of had anything been abnormal on this screen. I know it isn't some expecting parents' cup of tea to know so much so early, but for me/us it was a huge weight lifted and fun to find out early and TOGETHER the sex of the baby, since Jay missed it last time (broken leg haunts us) and this time he couldn't go to the ultrasound for a different reason.

And so the first trimester ended with a bang, and now we're squarely into the second with organs and kicks and a belly and good LORD an appetite. If you want to read more pregnancy ramblings please feel free!