29 weeks tomorrow! Viable fetus (not ideal for him to be born now OBVIOUSLY, but still a good shot), big belly, tons of tasks and heartburn. Fun times! 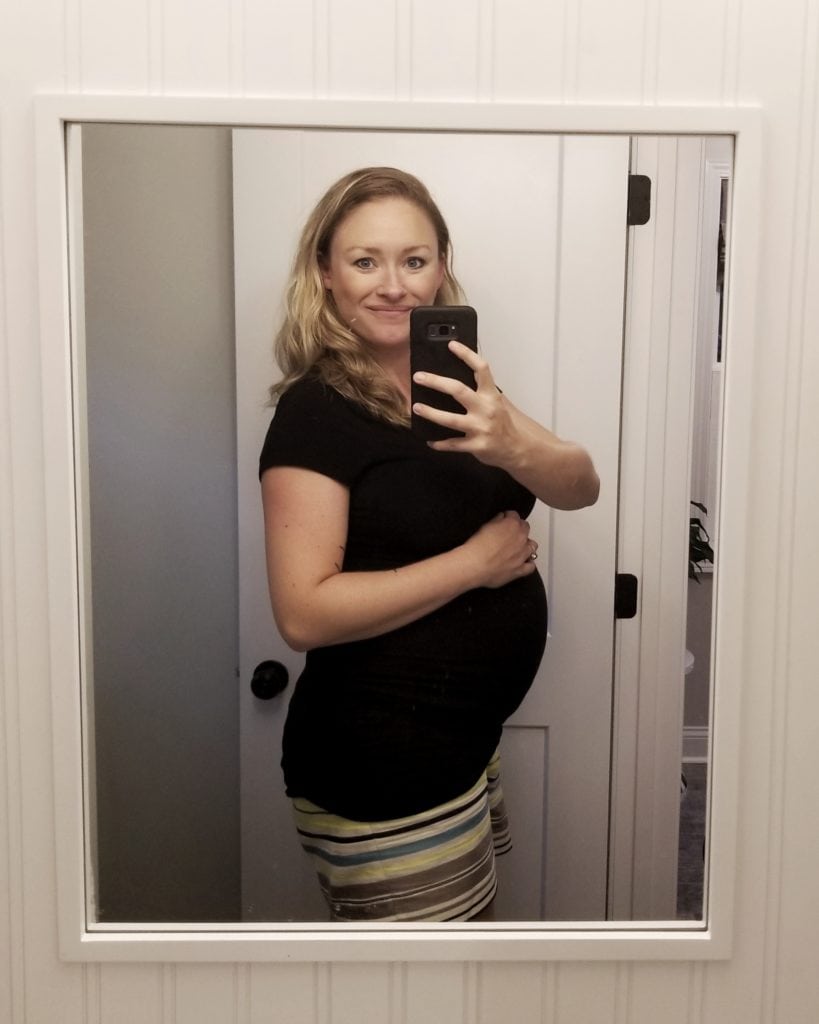 The truth is that time is flying and crawling at the same time, something that every single pregnant person ever says, so extra points for creativity. Mostly I think that we have a ton to do and the next 11 weeks will fly by, but then I'm all "none of it matters, just get healthy enough to come out." Of course, none of it really does matter in terms of things that "have" to happen before the baby is born. For us, we had a few biggies - we wanted to finish the construction on our house, which we did, and that led to a ton of decorating/organizing, which is mostly done except for when I discover boxes of crap that I'm mainly taking straight to Goodwill.

After the construction we wanted to move Beck to her new room (we are basically keeping the nursery intact for simplicity), which we did with minimal wear and tear on our sleep schedules. I'm still organizing things into baby vs toddler rooms, but there is a ton of overlap on clothes and gear still that that doesn't really matter. We have a car seat, so they'll let us take the kid home. The things "left" to do are ongoing house stuff and work prep to take some time off in November, which may or may not happen whether I had 11 weeks or 11 months left to get it done, because I'm tired and let myself rest a good bit.

Physically, I'm doing fine if a little worse for wear than last time at this point. I haven't gained as much weight as last time (because I started heavier if we're being honest) and my belly is the right number of centimeters (the uterus is 29 cm at 29 weeks, you can definitely do that math), my gestational diabetes screen came back negative the FIRST time, unlike with Beck, and I still teach yoga a few times a week and walk the dogs at least every other day. The exercise piece of that equation is definitely the worst; my round ligaments (under the belly, they stretch as the baby grows. you have them too and just don't pay attention to them because they are silent helpers most of the time) kill me after even 20 minutes of walking, which is a huge bummer because it's too early to fully stop doing everything. I really really believe that staying active through pregnancy and discomfort last time helped with an easyish labor and delivery, so I'm doing my best not to be highly bummed after I come home from a walk, when usually I'm all ENDORPHINS ARE REAL and now I'm all MY STOMACH HURTS WHERE'S THE BREAD. It's a little bit depressing.

Speaking of depressing. Depression! And anxiety! They're here, they're real, and I hate them. Ironically, when I work with depressed and anxious expecting or new mothers I feel fine and powerful and important and good at my job. When I'm by myself or have any iota of free time I wallow like it's no one's business. I cry, I agonize, I worry that I'll be a train wreck of a mother and both of my children will turn to drugs by age nine, mainly Beck because she's watching way more TV on days when she's with me than I would like her to. I also crave free time and time by myself, so riddle me that.

Beck, for her part, adores movies and tells me entire plot lines with analysis of feelings and character development and shows no early signs of drug use or maladjustment, but that doesn't stop the guilt, no way.

I do manage somewhat by reminding myself that this is a function of pregnancy, I didn't feel this way for long after I had Beck, and if these feelings do continue I 1. am a perinatal therapist and 2. know lots of good perinatal therapists. I believe in getting help, I believe in self care, and I believe in medication should that become a key to wellness. There's this way of thinking about bad things that we discussed at a staff meeting last week - there is a negative thing that happens, and there is a perception of that thing, and those two combined can impact how a person manages the bad thing. For example, a tree falls through your roof. That is very undesirable. The perception can be "this is the worst thing in the world, it will ruin our lives, our belongings are wrecked, where will we go?" or "we have homeowner's insurance, we are all safe, this is a part of nature that is very frustrating but we did nothing to cause this or deserve it and will handle it one step at a time." You can guess the ending of this task - one of these people at least feels better about their situation, even though the situation is the same.

So I remind myself of the good things, and I ask for things that I'm not getting, and hope that the people around me can deal with the discrepancies. I had a full-on meltdown last week when I was feeling particularly awful and was like JAY YOU NEVER ASK ME HOW I AM DOING EVER AT ALL. Then he went away for work this week and hasn't asked me once how I'm doing but I'm totally fine with it because I feel better this week. And there's a joke here about poooooooor husband having to deal with a saaaaaaad wife but no, that's how marriage works, we have ups and downs, and the up person picks up the down person so I'm not allowing myself to feel guilt over something I can control. Obviously I feel guilty about it all the time, but I don't think I should.

I'm going to write a book all about guilt reduction as soon as I figure it out.

People's reactions to pregnancy continue to be a source of irritation and humor for me. Irritation because our infatuation with other people's bodies is just...so much, and humor because it's funny when you let yourself think about it that way. People I know saying things like "look how big the baby is getting" is way preferable to "wow, I didn't realize how big you were!" Um, if you don't see me a lot, yes, a growing baby makes a growing belly and that's pretty desirable. There's a whole cultural piece here about 1. just don't say anything, maybe ask how any aspect of my life is going first, and 2. big is bad but we are allowed to comment on it in regards to a pregnant person. If I wasn't pregnant no one would ever say "wow, I didn't realize how big you are!" but social decency is just completely gone for pregnant people. We belong to the world, it's very Handmaid's Tale. If I were brave I would reciprocate these comments with "you look huge too!" but I'd never do that in a million years no matter how pissy I was feeling. Really though I love getting bigger, I just don't like being ignored as a human and treated like an oven, much as I love cooking.

Someone in Sephora told me a few weeks ago that if I kept taking prenatal vitamins after I gave birth then my hair wouldn't fall out, which is 100% NOT true and a huge testament to how well the vitamin industry has done convincing us that vitamins are magic. They enhance things ever so slightly, and I'm sorry to say that's about all science has to say about that.

So I feel really big but look pretty normal. I'm working on talking about how I feel instead of bottling it up as well as do things that I know make me feel better. Staying busy is important to me. Being present with Beck and my family is super important. Head out of screen makes me feel way better - using my brain actively instead of passively. Remembering that all of the weird and frustrating feelings are normal.

I'm starting to daydream about the newborn phase, which is just so short and I'm excited and grateful to get to experience again, miserable as it is in the most exhausted moments. We have two best friends who had babies in the last five weeks, and Beck with newborns is adorable (although she's had to be told more than once that, no, we do not stroke babyies' eyeballs). I have a feeling we'll have to stifle her urge to help for the safety of the new kid, which isn't a bad problem to have.

Also I'm really really excited, no we still haven't decided on circumcision and no we don't have a name. We have time. 🙂