And so here we are again, another pregnancy and I just can't believe it. 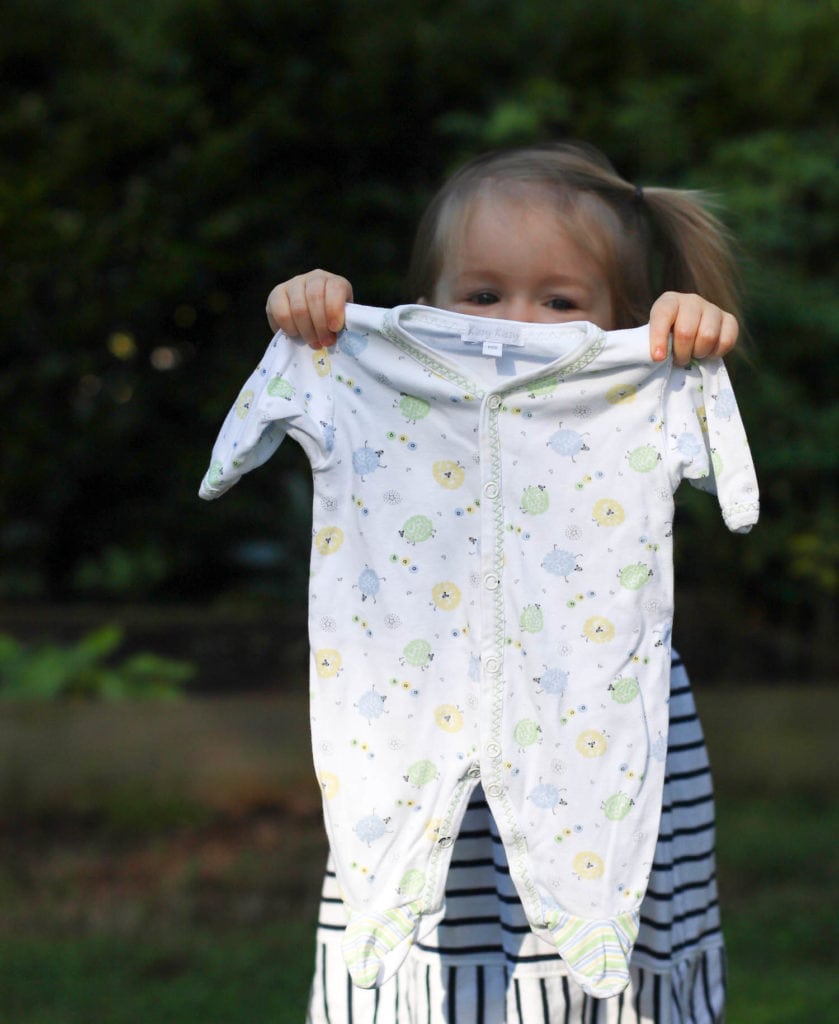 Almost three years ago we were just starting this family-building journey, learning tons, managing emotions, planning for the future, and it feels SO far away yet like it happened five seconds ago. I can't believe Beck is almost three, I can't believe it's NOT crazy that we are having another kid "this soon," I can't believe how effing old I feel. It also feels surreal to be writing it all out here, again, something I personally love because getting things OUT is good but also it feels very indulgent at the same time, sorry about that.

Let's start at the beginning! Around the time Beck turned one Jay realized that maybe a second child wouldn't be a bad thing. I'd known that all along, but we didn't have any kind of concrete plan as to when a second child would be ideal (scratch that. in the truest sense of the word, children are not ideal, full stop). While Beck was one I started a new job, Jay celebrated a year at his new job, we tried unsuccessfully to sell our house and started the process of adding on instead. Then kind of all of a sudden Beck was two and maybe we should talk about this. Also along the way one of my college best friends got engaged to be married in IRELAND this summer, so I very intentionally didn't mention getting pregnant until less than 30 weeks before her wedding because I super duper want to go to Ireland. Even though I might not be able to for other reasons.

Also during this time two of my best friends got pregnant which made me Trapper-Keeper jealous, so the Pill was ditched a little before Christmas, the tracking app turned back on, and riiiiight before I turned 32, two years and 11 months after I got pregnant with Beck, two blue lines were on a stick and we were off to the races.

We were, and are, very, very lucky with getting pregnant a second time with no complications so far. Since I work almost exclusively with women my age in the having or trying-to-have babies time of life, I am uniquely aware of how different family building can look for people, and we are so glad that our story looks like this right now. Also because of my work (and being older, and other people's stories), I was more upset this time in the few months that I didn't get pregnant on the very first freaking try, even though I knew that most people don't get pregnant two weeks after they go on the pill, but that didn't stop me from barreling down worst-case scenario highway for those few months. This came to a head when I brought home a book on infertility for WORK I SWEAR (really, no joke), and I have never seen Jay roll his eyes harder at anything in his entire life. It was comical because it wasn't for me, but I assume that my normal neuroses made him think I'd go bonkers if I didn't get pregnant in some kind of made up time frame that I envisioned.

I took a pregnancy test earlier than I did with Beck, mainly because I knew what I was looking for symptom-wise and was super excited. The first test was a dud, one of the digital ones that showed the hourglass and then nothing like...I'd peed water. The second one was a regular blue line test and the lines flew up super quick, and I had this rush of emotion like...here we go again. So many things came flooding back; how we found out I was pregnant with Beck, how scared we were, how wonderful the last two years have been, the anticipation and nervousness of pregnancy, everything that could go wrong. 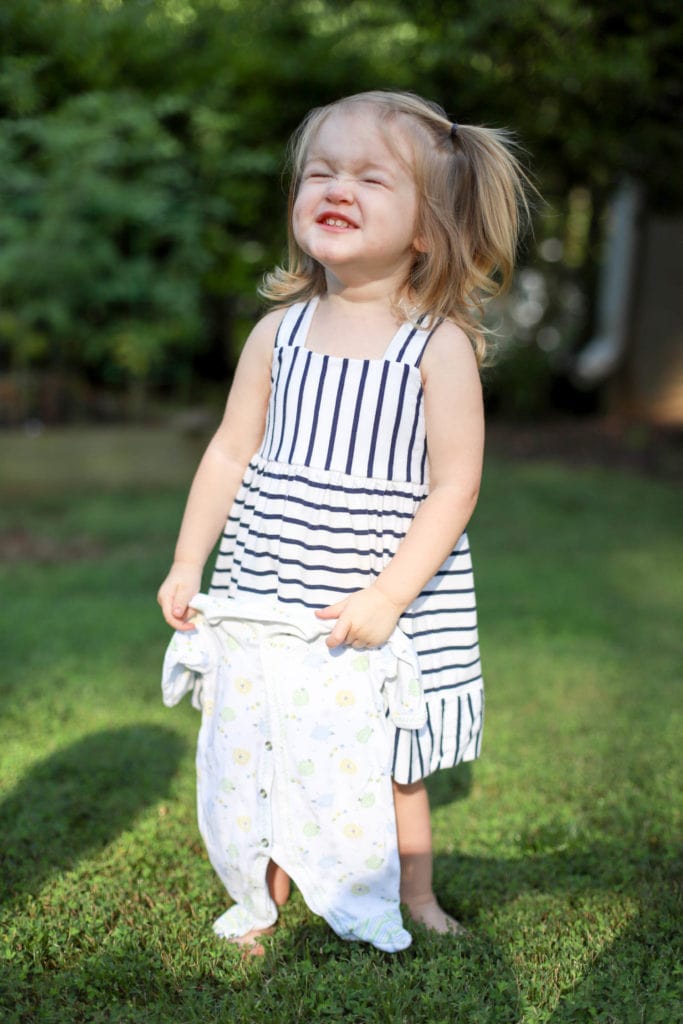 I grinned for a minute or two and grabbed a present I had for Jay and Beck - it was a Sunday morning and they were hanging out on the couch, and Beck and I had gotten little matching Clemson shirts for her and the baby a few weeks prior for if/when I got pregnant. The great thing about secret shopping with a 2-year old is the utter lack of awareness, so she had no clue that the stuff we got was partly for her. I let her open the "present" (two shirts with tags still on in a shopping bag), and Jay took a minute or two to register why there were two of them. He got all excited and weirdly man-proud when he realized that I'd already taken a pregnancy test and kept hugging Beck for some kind of affirmation, which she hated.

I should also note at this point that what I really wanted for this moment was some kind of Big/Little shirts but I couldn't find them except for special order for some ridiculous price, and this kid will be born in the fall, so school pride shirts ended up making sense and being easier. I'm not into dressing kids like mascots, though, so this is admittedly off-brand for me even though Jay loved it. Feel free to send us Big/Little clothing, I'll definitely be forcing Beck to match with this child.

The next few days were a fun whirlwind of calling the midwives to make my first appointment, deciding which friends and family to tell first and this early, thinking on the timing of this baby's arrival (before Beck's birthday, before the holidays, great time of year for Jay to get some time off, not too shabby), planning for Beck to move or not move out of her crib, and trying SOHARD to be patient because on round two there isn't as much to do, so I was pretty much over being pregnant before it even started.

And then the pregnancy symptoms started. 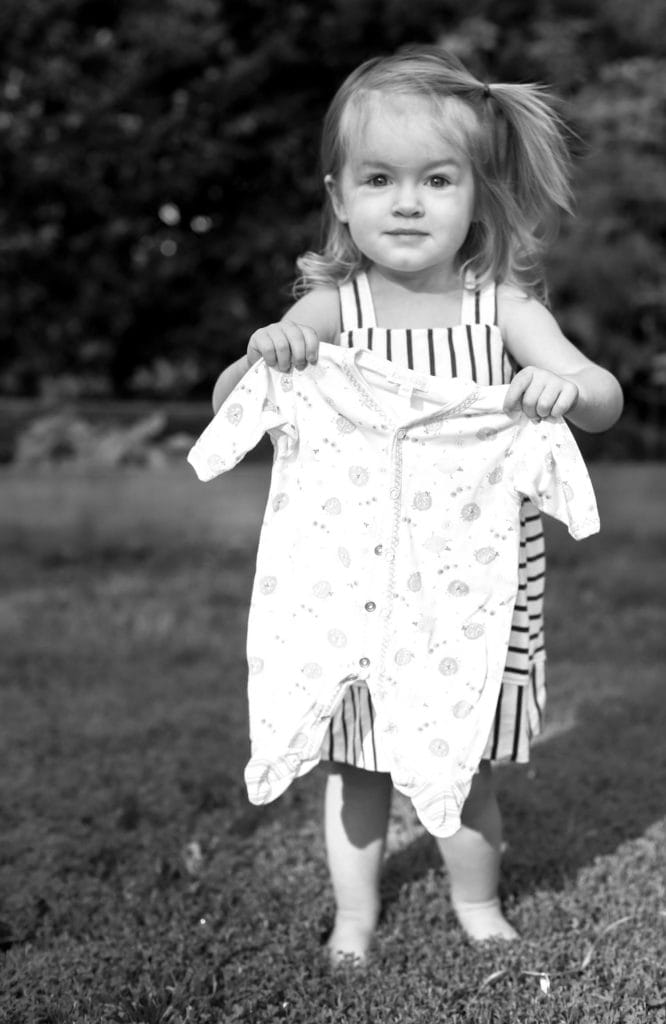