I've told you guys about my grandfather, right? 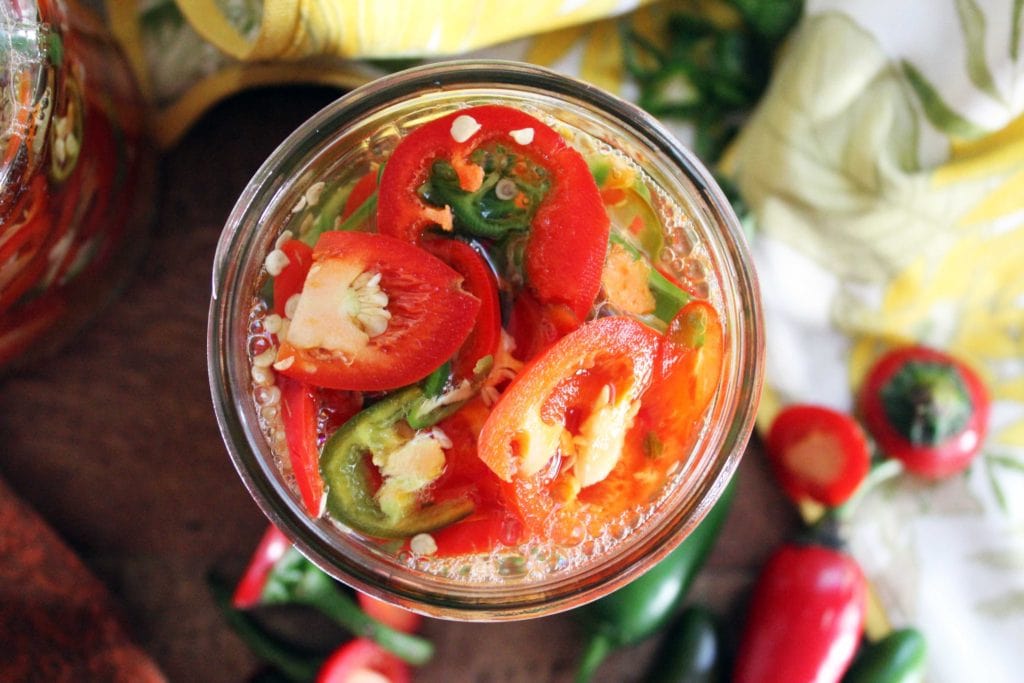 The one that's alive.  This isn't that kind of a post.  Anyway.  My grandfather!  My mom's dad.  He's the most salt of the earth dude you can ever imagine.  Fishes.  Hunts (used to). Drives my grandmother everywhere they go because thats.what.you.do. Definitely used to have one of those singing fish on the wall, and I'm not entirely sure it was ironic.  Wears a lot of plaid.  You get it.  He also is a master gardener which results in massive stockpiles of produce coming to us each year, something you'll never hear me complain about.

Butttt sometimes we can't eat everything he brings.  Like a few weeks ago, when he brought me 2 gallon bags full of jalapenos.  I told him we'd never use that many, and he goes "throw them away, they just can't be with us anymore." I also have frozen peppers from him from LAST YEAR in my freezer, so suffice it to say that I need to figure out some new things to do with peppers.  I can't handle the heat like some people can. 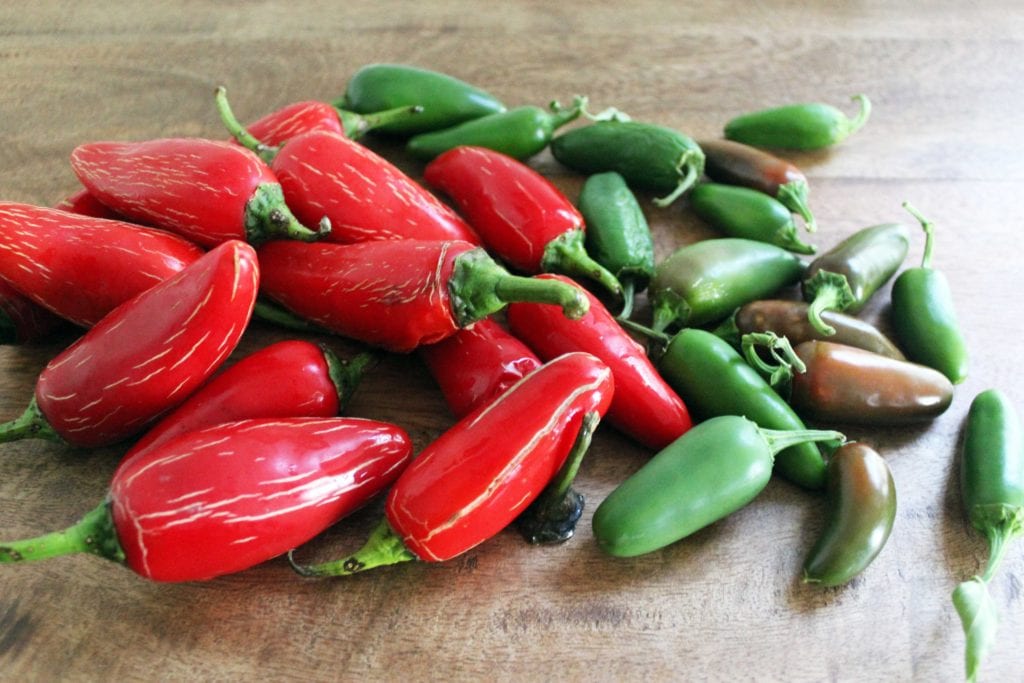 But I can handle vinegar, so I pickled these bad boys and we've been plowing through them.  I did a really easy pickle here, and the result is HOT, which I'm sure 99.9% depends on the peppers you use. 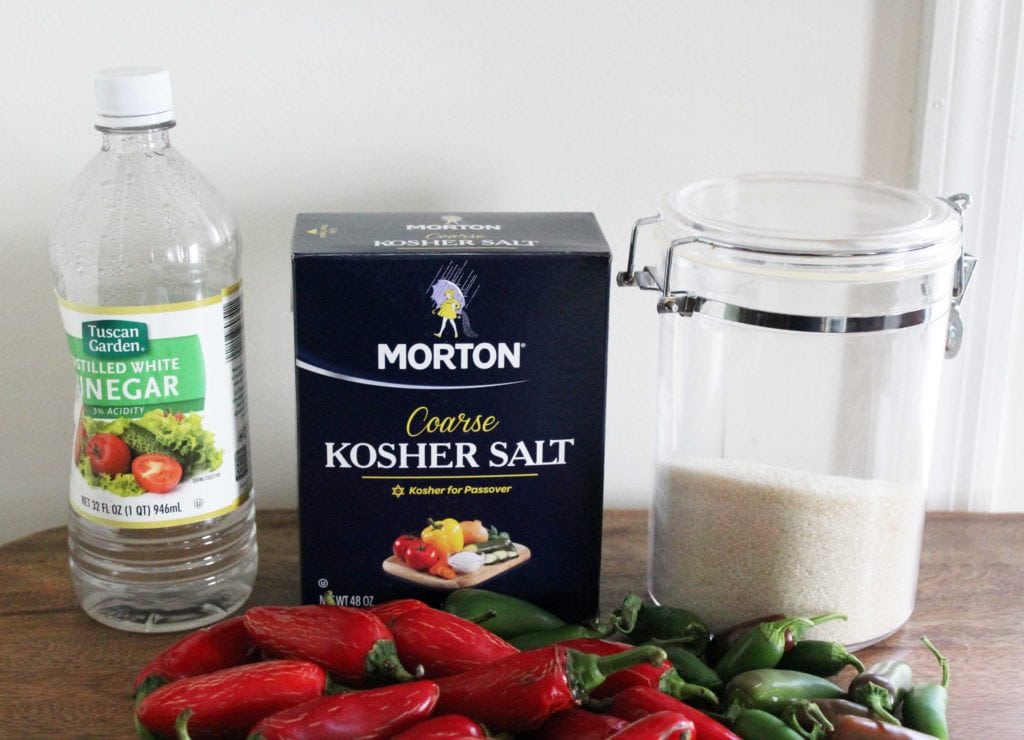 Combine all of the ingredients in a pot, and bring it to a boil while you work on the peppers.  The big deal is to figure out how to slice all the peppers without blowing your sinuses wide open and wishing your eyeballs would remove themselves from your skull.  I opted to leave the seeds IN and slice the peppers in my food processor for minimal touching, and it worked great. 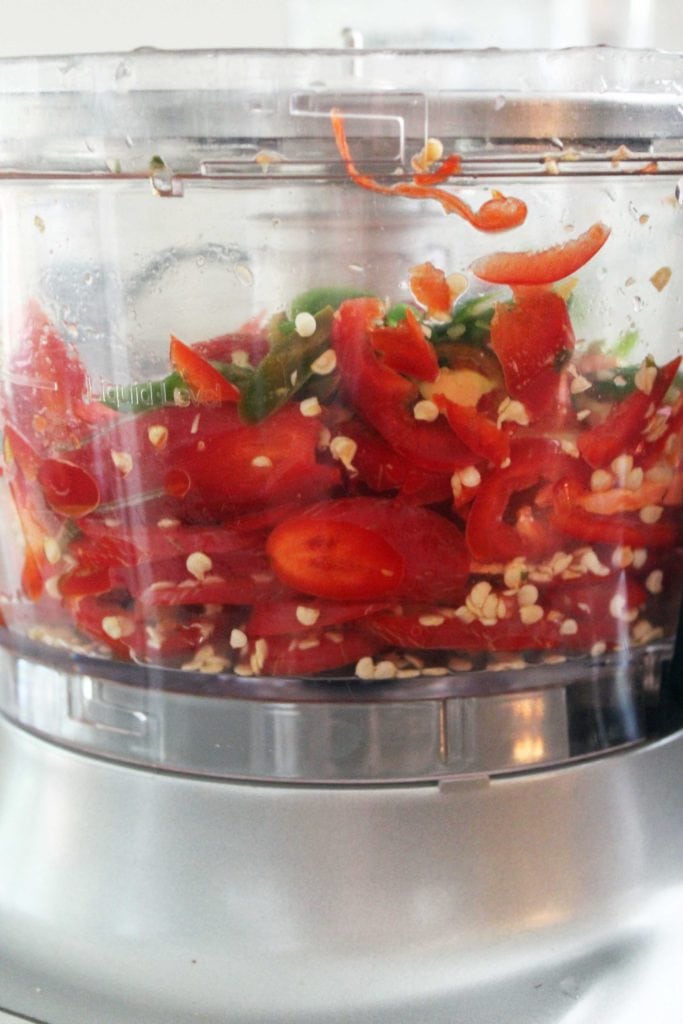 When the peppers are sliced and the pickling liquid is boiling, pack as many peppers as you can into jars.  They'll shrink as they pickle, so really fill up the jars.  Then, pour the hot liquid all the way to the top of the peppers. 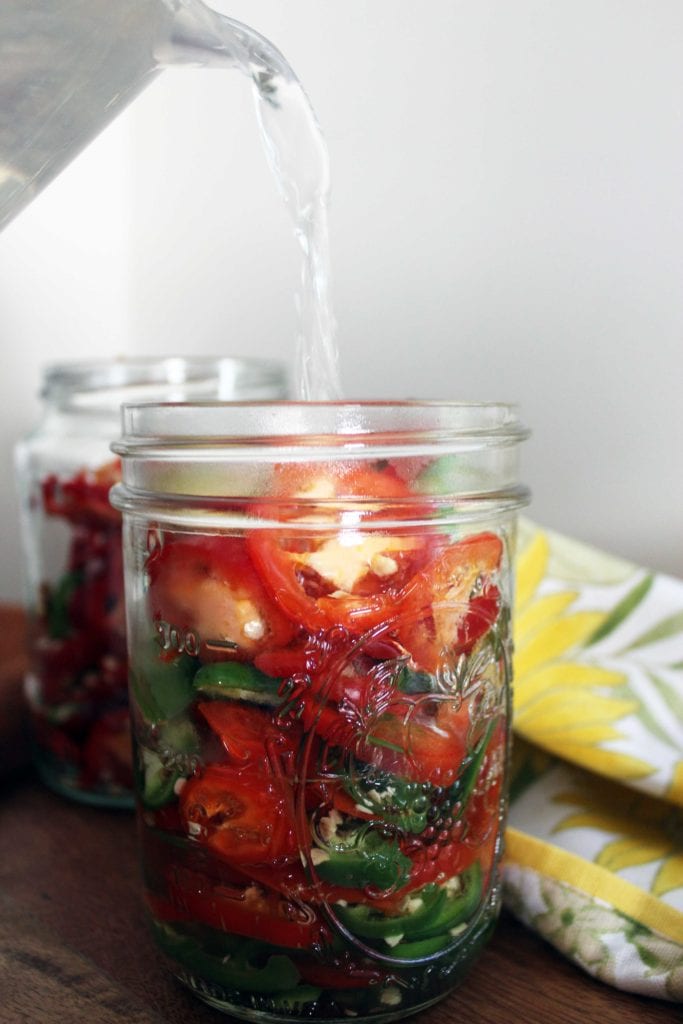 Boom.  Pickles!  I didn't can these, so they need to be in the fridge, but you can keep pickles in the fridge for a looooong time, so don't fret about that.  If you have more peppers than this, feel free to can them! The colors here would make lovely Christmas gifts, right?  RIGHT?! 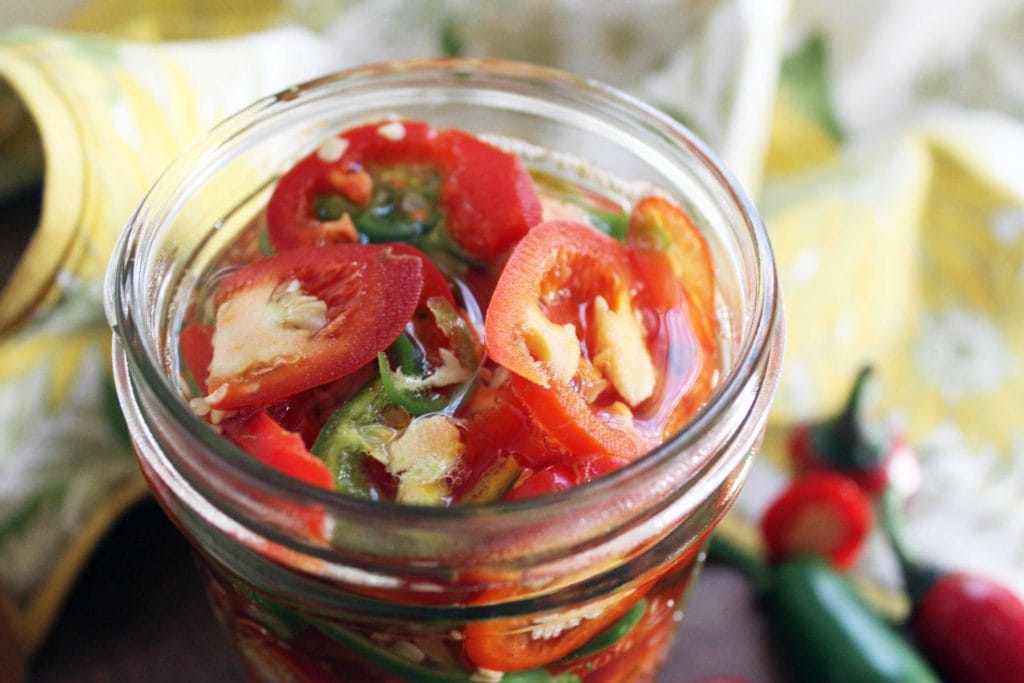 So there we have it.  You let these cool, then close the jars and stick them in the fridge for at least a few hours.  We started munching on them that night and haven't stopped since - I'm a big fan of pickles on everything, and we've put these on sandwiches, rice bowls, pimento cheese, and chili so far - all the things!  The sweetness in the brine is a nice contrast to the heat of the peppers, and if you wanted a less spicy version you could absolutely take the seeds and white ribs out of the peppers before you slice them - you do you. 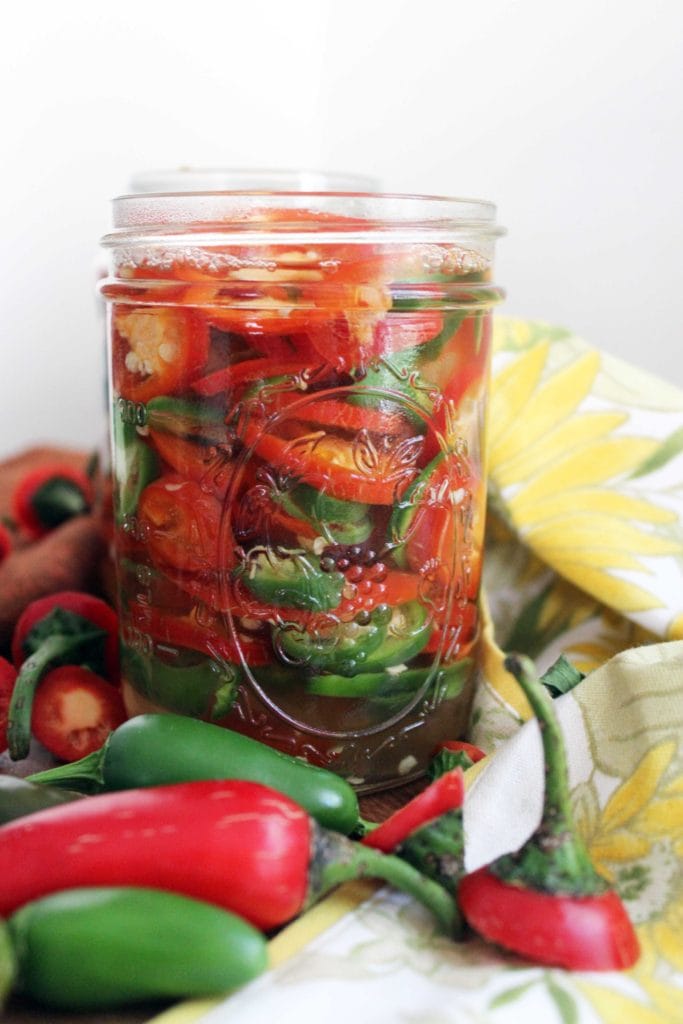 Don't you feel just like a pioneer?  So does my grandfather. 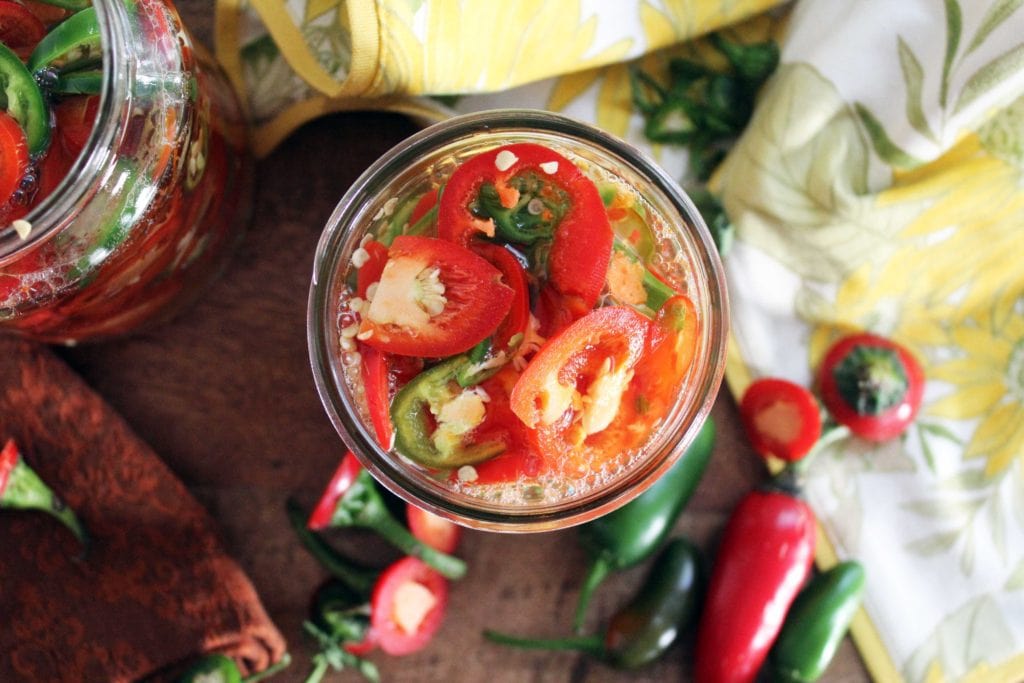