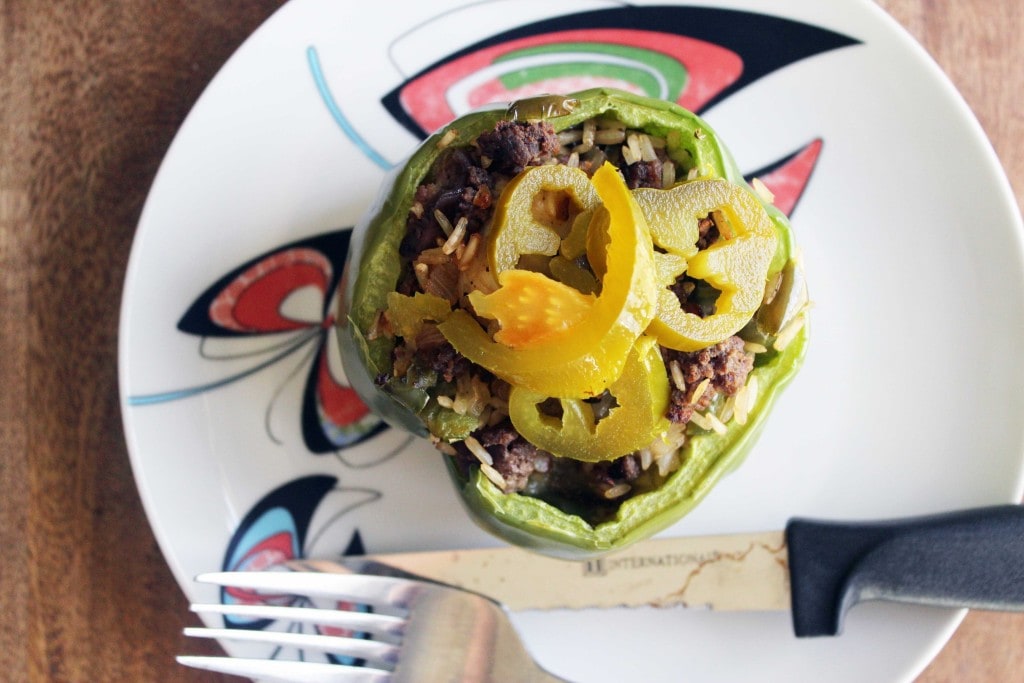 It's a sandwich in a pepper, without bread which basically makes it a health food.

Seriously.  Remember eons ago when I made the Philly mac+cheese combo and it was oh-so-good but, let's be honest, not terribly healthy?  This is different!  It's brown rice, ground beef, veg, spices, stuffed in a pepper.  Duh there's cheese, but it's really a nicely balance meal.  PLUS.  Make-ahead potential to the max. 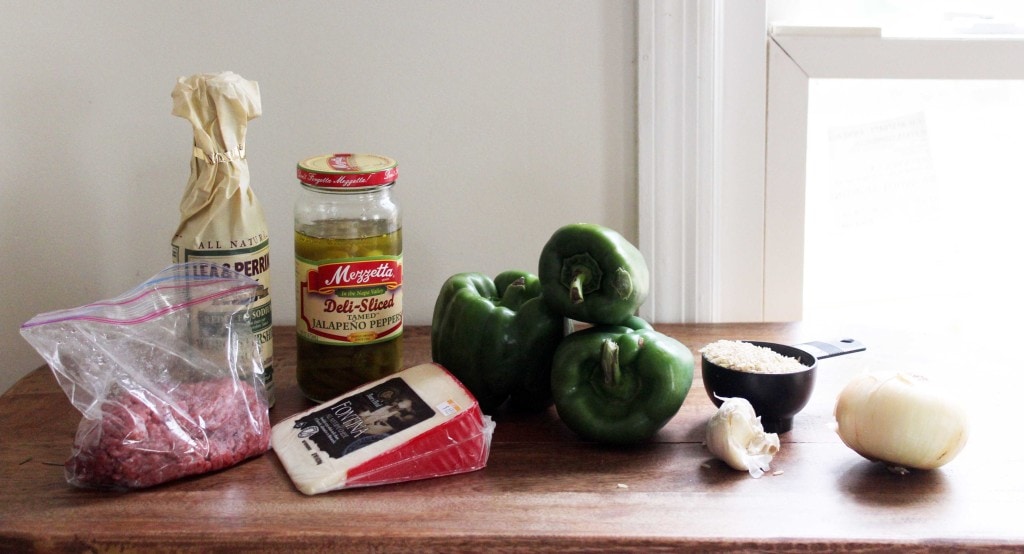 First, start the rice cooking as directed. Then, preheat a skillet to medium-high heat with a drizzle of olive oil and add the beef.  Sprinkle salt over the meat and cook it for about 10 minutes, stirring and breaking it up with a spoon as it browns. 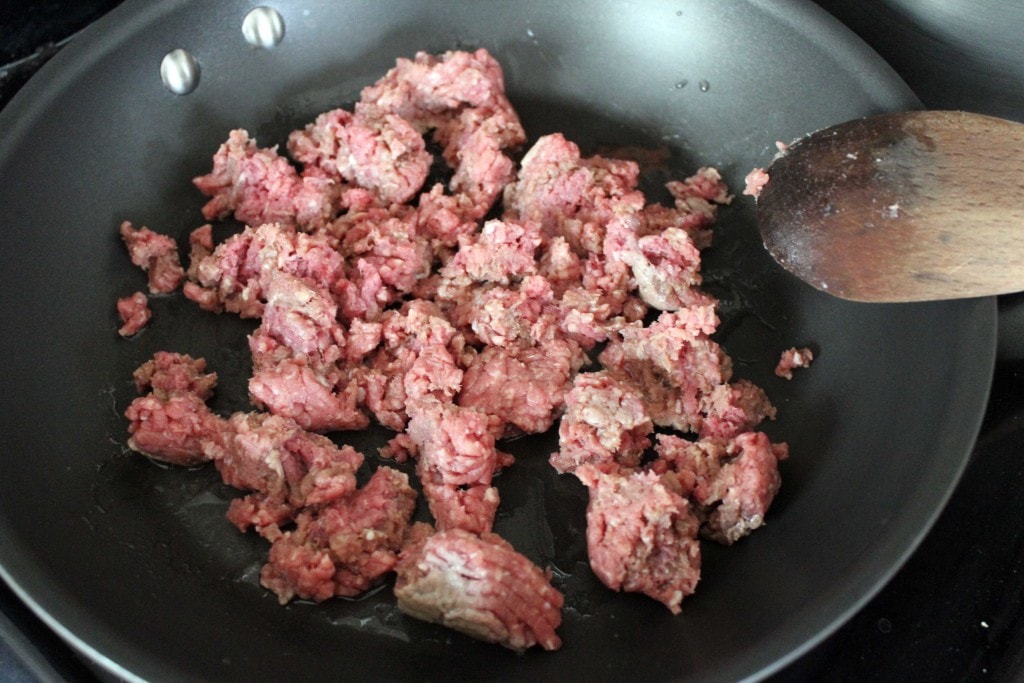 While the meat is cooking, prep the bell peppers.  You want a baking dish that the peppers can stand up in kind of tightly so they don't topple over. 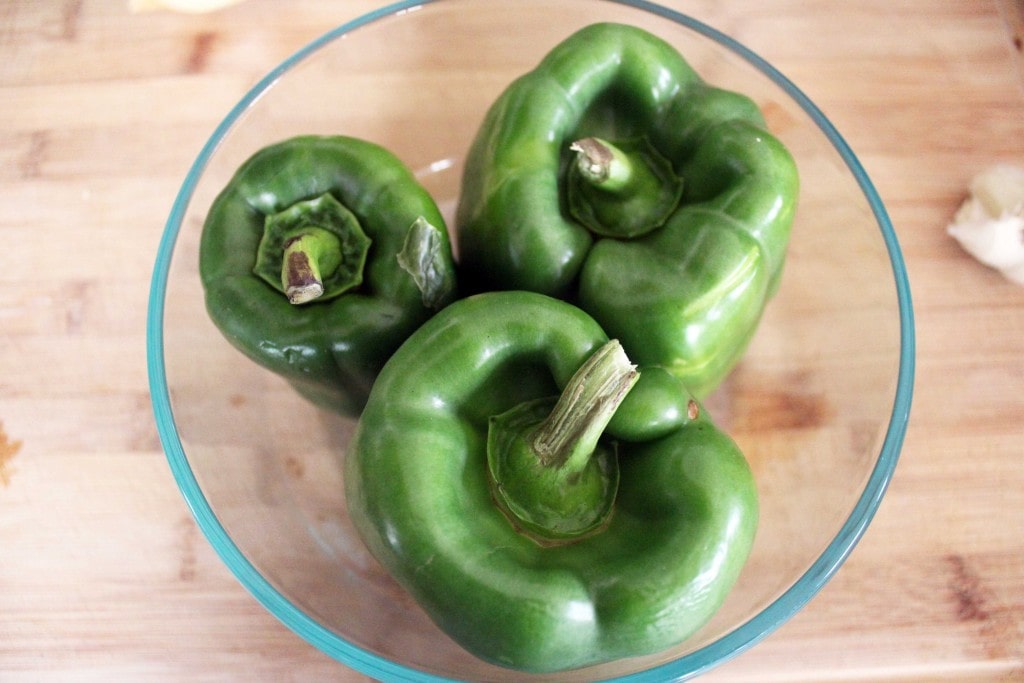 Cut the tops off the peppers and remove the seeds and ribs. 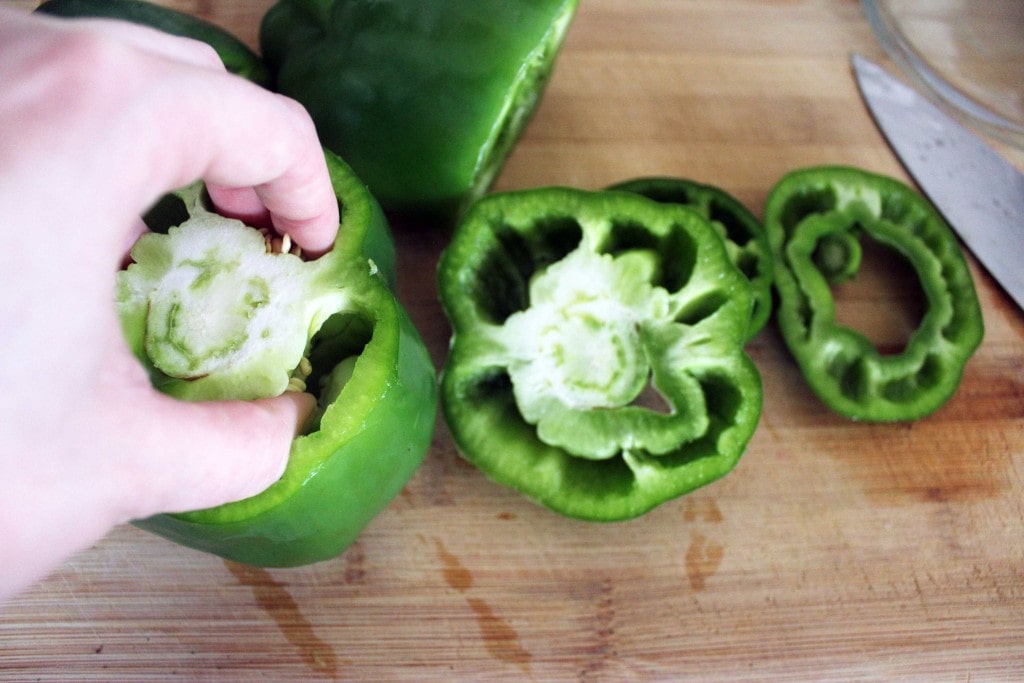 Throw away the stems and finely chop the green pepper tops - this way we add extra veg to our dish and don't waste any food, both very good things. 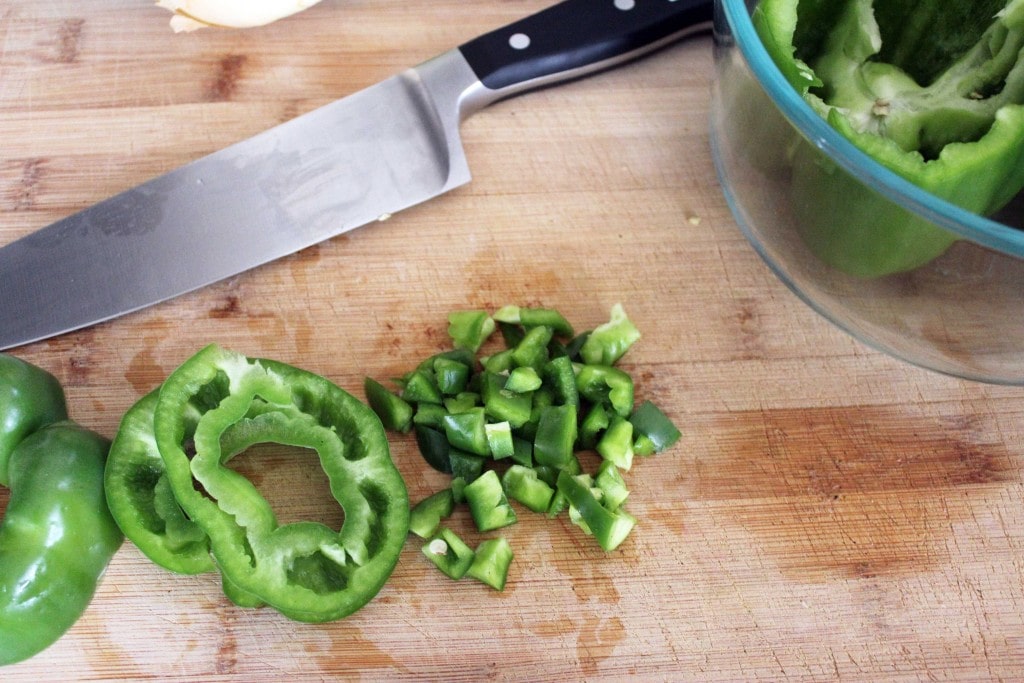 Chop the onion and mince the garlic, too. 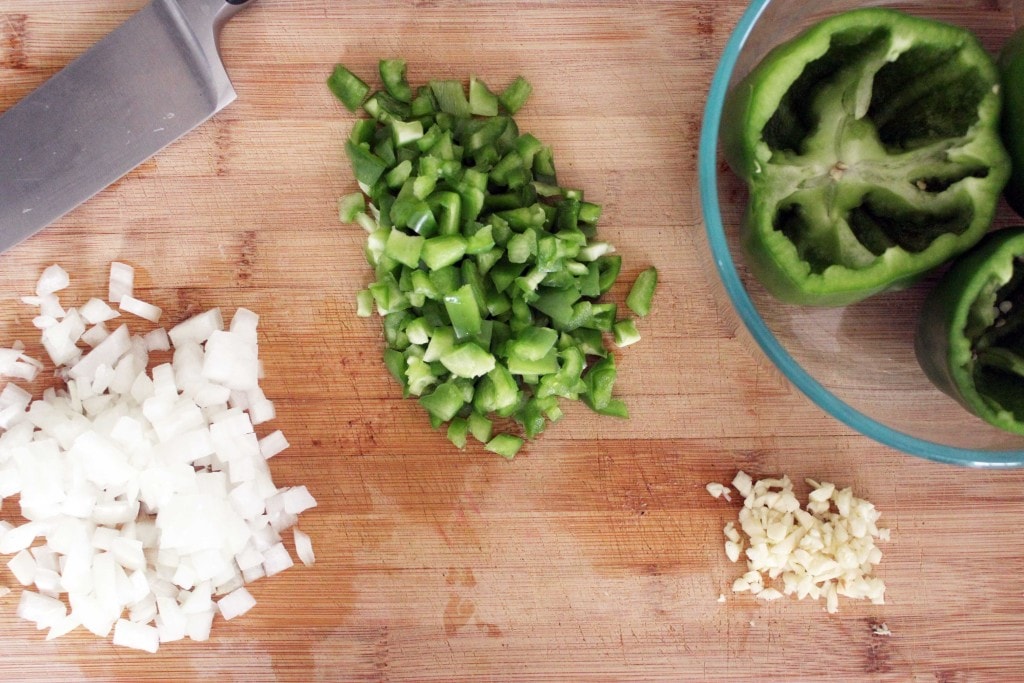 And, cube the cheese! 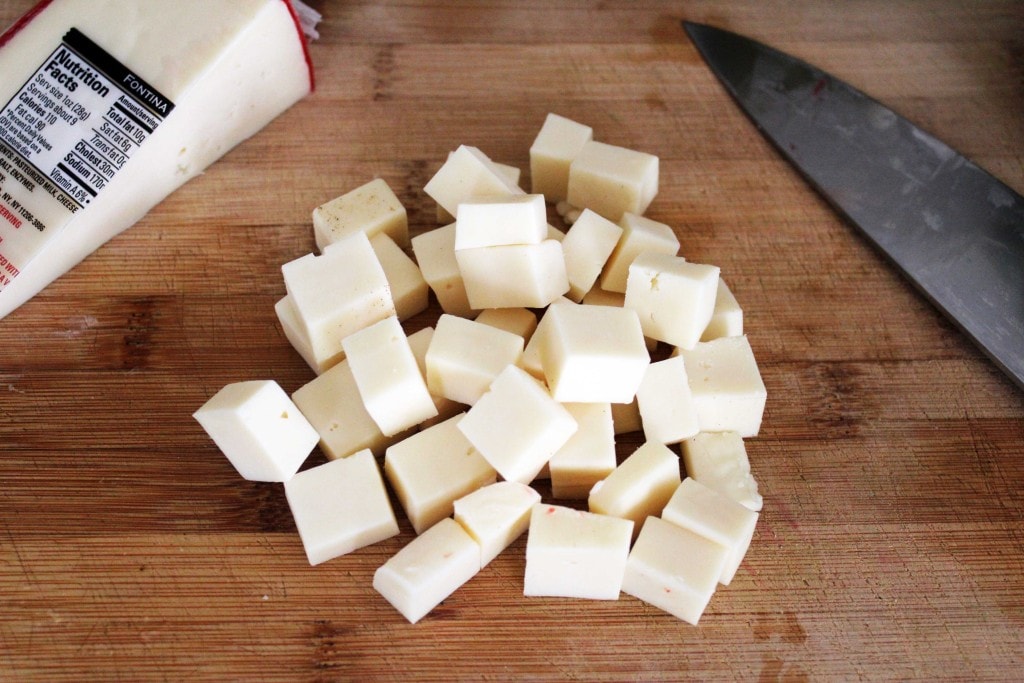 When the beef is cooked and browned, add the onions, garlic, and bell pepper tops to the beef with more salt and Worcestershire sauce. 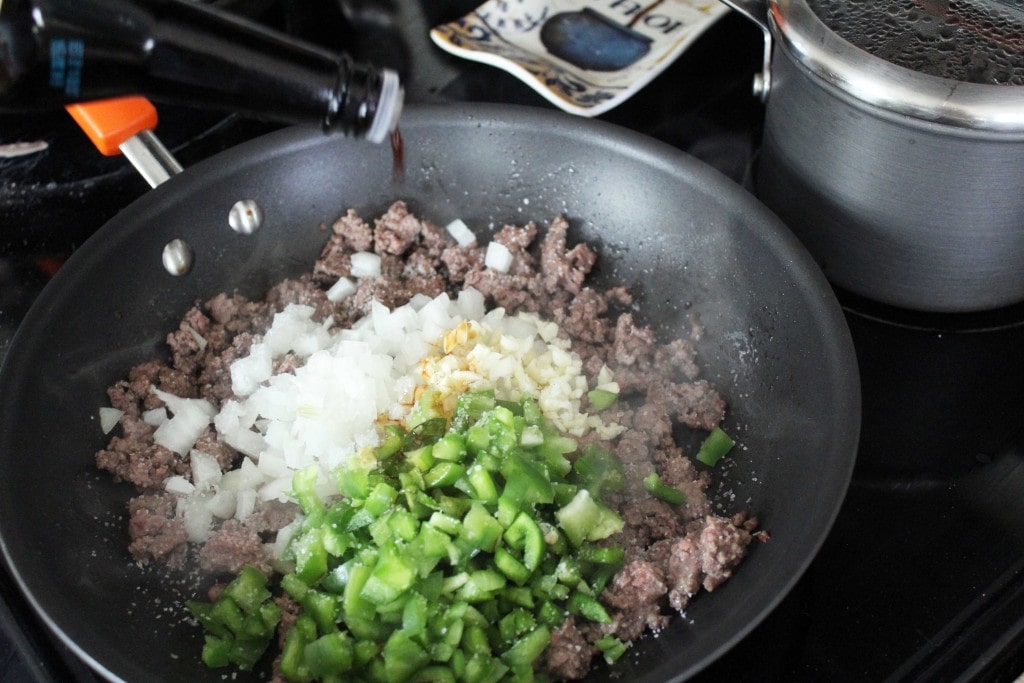 Cook this mixture together for 5 minutes or so until the veggies are cooked. 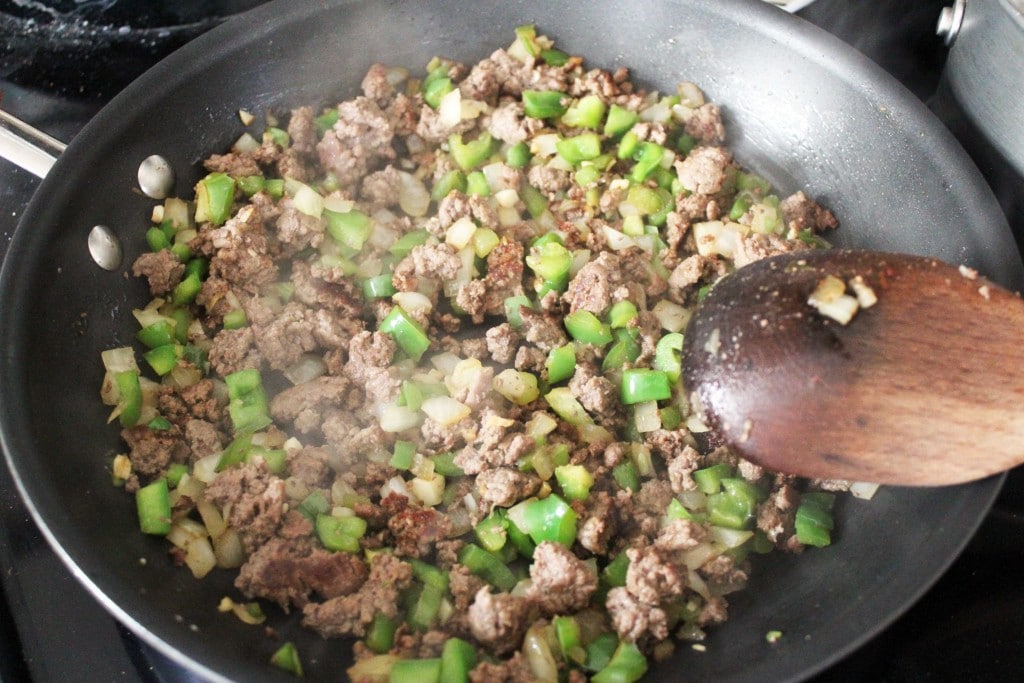 When the veggies are soft, turn the heat off the burner and stir the rice into the vegetable/beef mixture. 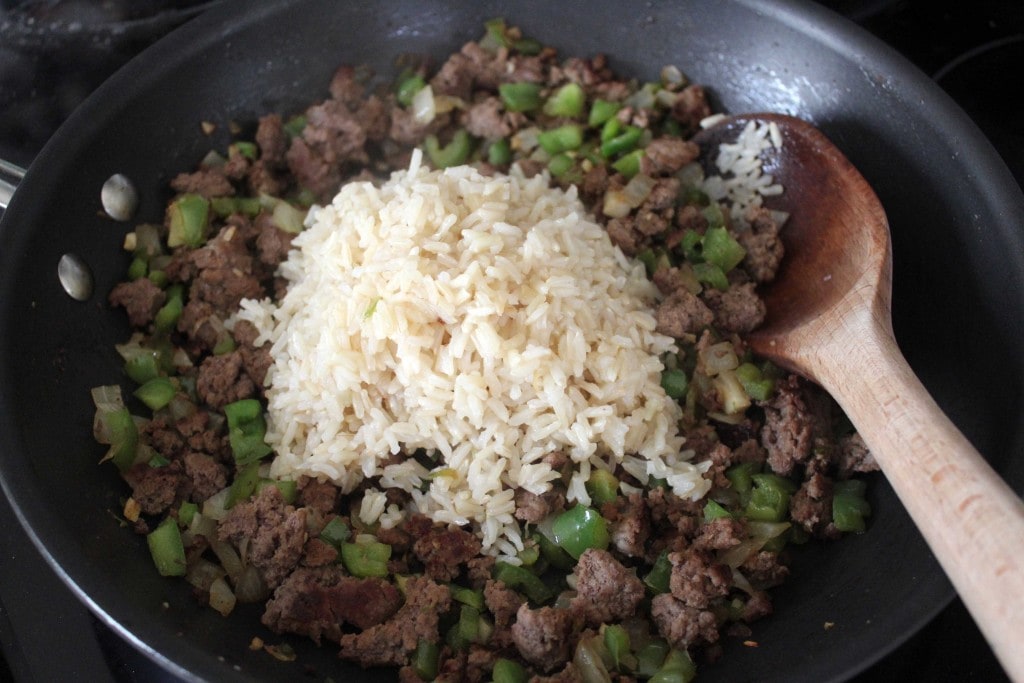 Then stir in the cheese cubes.  Taste the mixture and add salt and pepper to your preference. 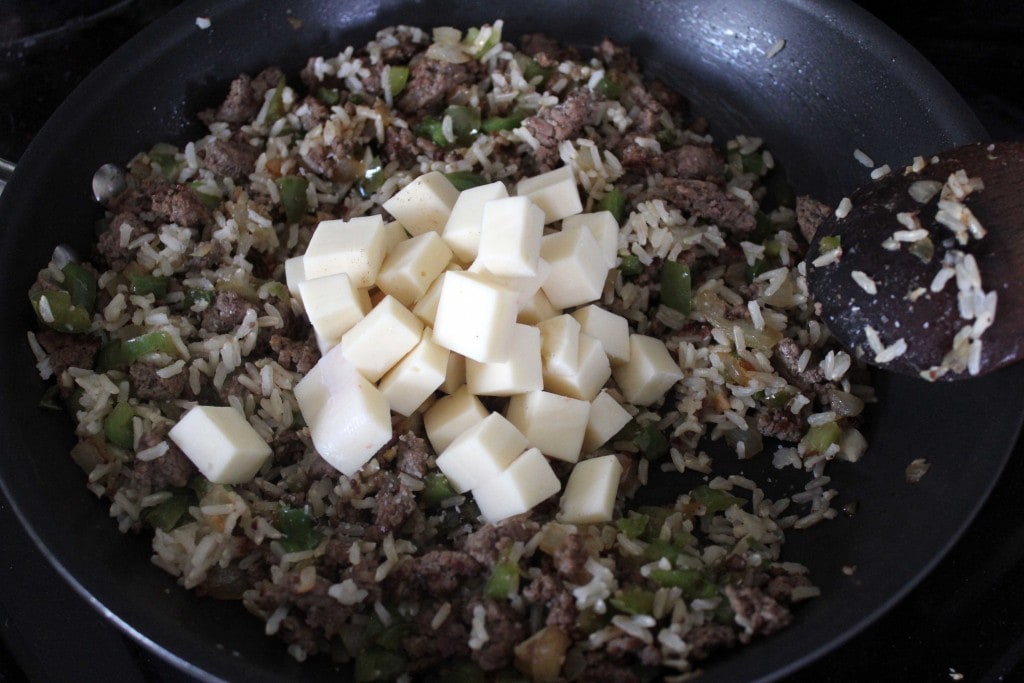 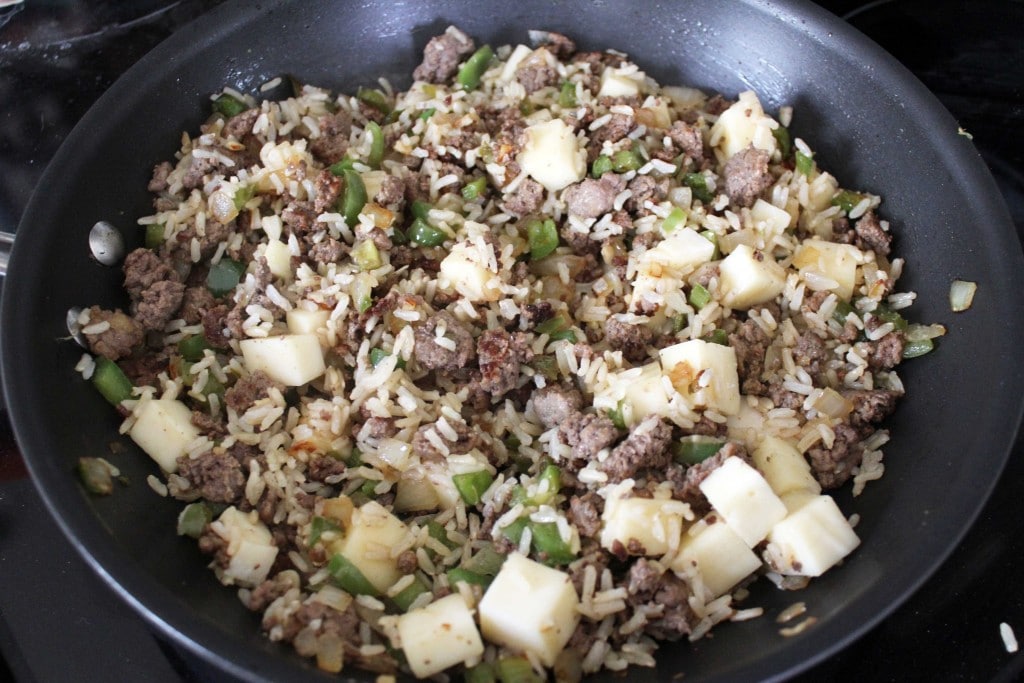 Now, turn the oven on to 375F and stuff as much of the beef mixture into each pepper as possible. 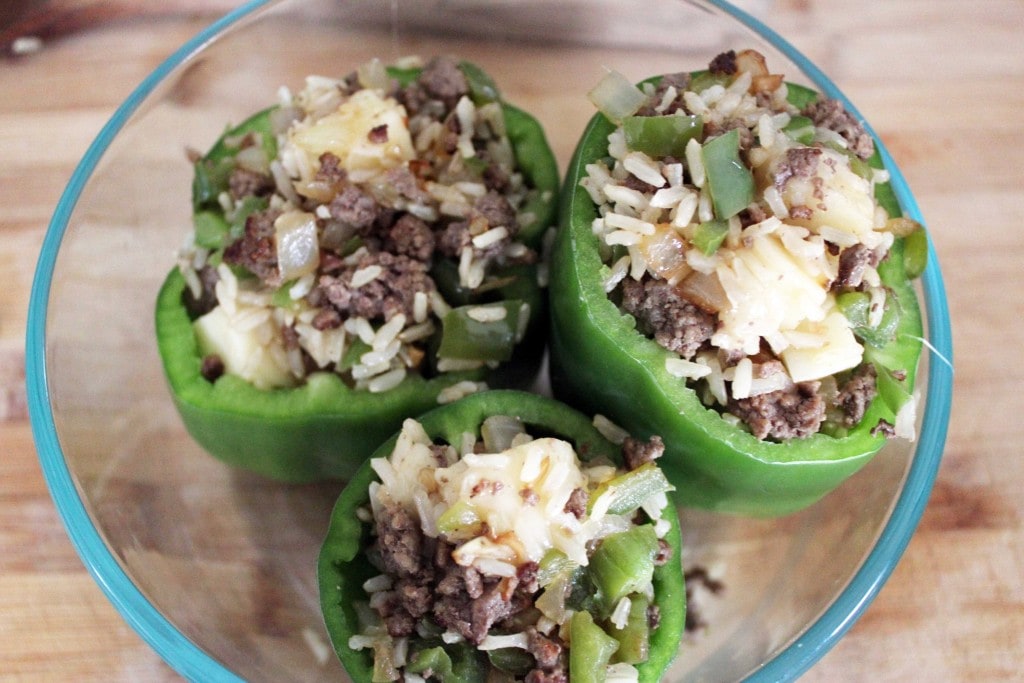 Cook the peppers for 30 minutes or so until the peppers are soft, the cheese is melted, and you just. can't. stand. it. anymore. 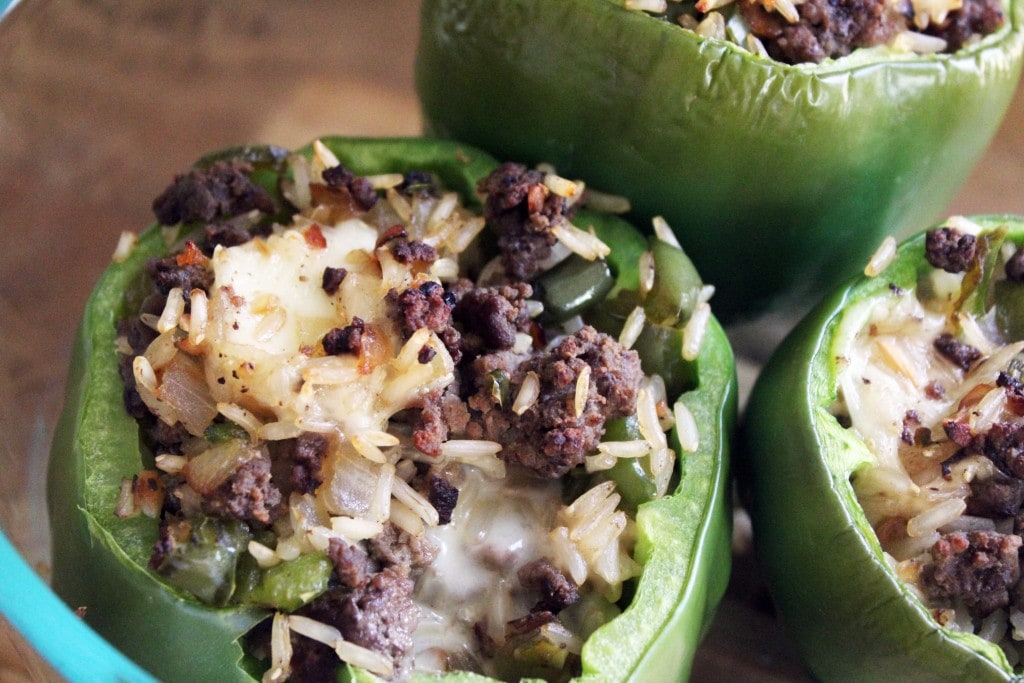 Serve topped with pickled jalapenos, just like the real deal, and you're good to go! 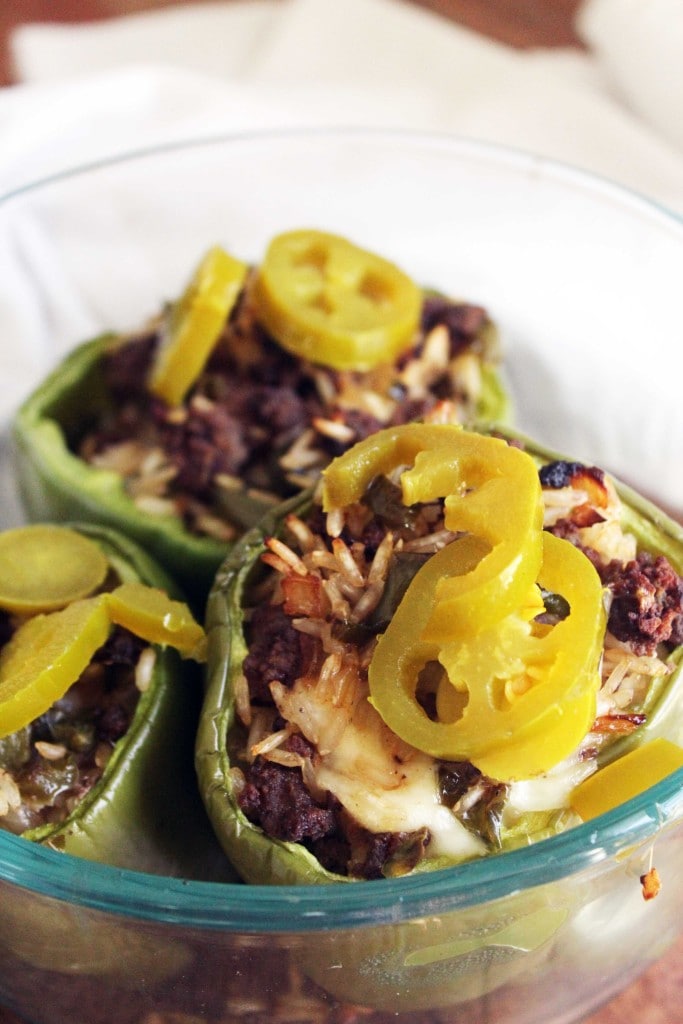 I love this because you really get veg + meat + carb in one little portion-controlled dish.  You could of course make this a little more sandwich-esque with a squirt of mayo or some fresh herbs, but this plain with just the jalapenos is SO good.  Super flavorful, super simple, super good. 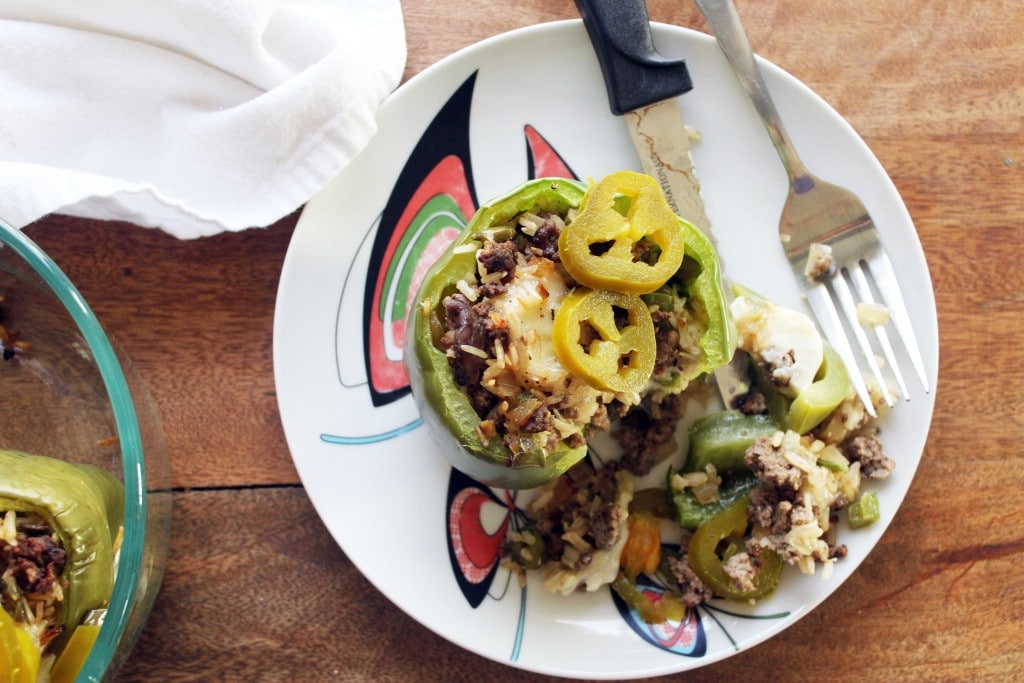 Also.  Make these ahead!  Keep them in the fridge for a few days and just bake them when you want to eat.  The end.