There's a strange thing that happens somewhere between newborn and infant and baby.  I don't know what to call it, but parenting starts to feel more like...parenting, and less like having a puppy, I think.  Don't get all huffy.  I obviously don't think babies are like puppies (babies are way grosser), but there's a simplicity at the beginning that really involves eating and sleeping and pooping, and that's enough.  Of course we obsess about gear and alleged schedules and nursing, but most of that is unnecessary.  The beginning of life is basic. 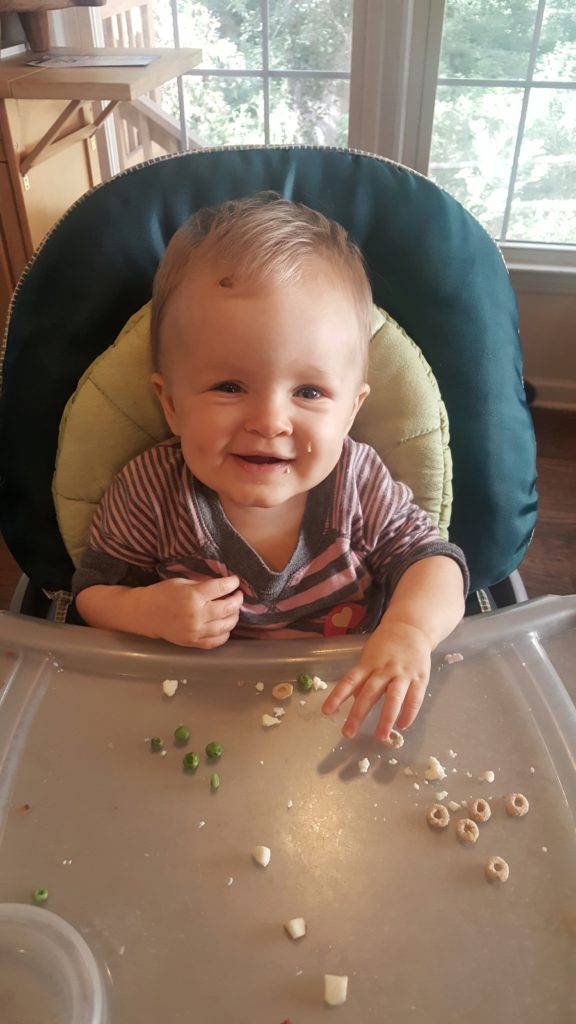 But then these babies turn into kids, and suddenly you have to teach them how not to end up like Hitler or Donald Trump.  Beck recently has learned that if she doesn't want something she can not do or have that thing, and that's a strange feeling of betrayal to the parent.  I'm fully confident that if Beck just does everything I say all the time then she'll turn out PERFECT, you know?  And this desire of hers to make choices is just getting in the way of my perfection oozing onto her.  Mostly this comes in the form of food and toy choices, right down to pulling cottage cheese out of her mouth if a curd is too large for her to be bothered with chewing.  I mean, please, kid.

I think it's time for her first trip to Africa, is my point.  Give her some perspective while she still flies for free.

The problem, of course, is that it's kind of hilarious to see a 10-month old dramatically sweep her food (that she loved 10 minutes ago) onto the ground in one swoop of her teeny little forearm.  Funnier still is that she did this yesterday at a restaurant, outside thank goodness, but swept some ham into another baby's car seat.  And then was mad that her food was on the ground, of course.  So, what, we keep a straight face and keep repeating calm actions?  That is so boring.  I fully want to be as dramatic as her and flop onto the ground and throw things about but then that's frowned upon for grownups, isn't it?  So I laugh internally and try to keep a straight face to not fully reinforce bad behavior.

But, did you notice Beck's head in the picture above?  Her first boo-boo, and on my watch to boot, much to Jay's delight.  We were at a friend's house and Beck and I were sitting together on a bench outside chatting with friends.  Well, I was chatting, she was reaching for the concrete.  I stupidly had my arm around her like we were on a date instead of in front of her like a human seatbelt, and caught her by the hips just as her head was grazing the ground.  There was no blood and she cried for about 5 minutes, but there was definitely a minute of wondering if we should to go the ER to check for....a broken skull?  brain bleed?  concussion?  She seemed and is perfectly fine, so high fives not spending $2,000 on a road rash.

Obviously I felt terrible because I SHOULD HAVE BEEN WATCHING HER, and the potential for accidents is just everywhere, right?  This is hugely minimal compared to some really harmful and life-changing accidents, but thinking about that too much just isn't an option, lest I fully go insane with worry.

For the record, I think a good scab is kind of bamf-ish.  And Jay's all ready to pick it once it starts to dry, which is gross and primal and a funny conversation.