It's what's for dinner! 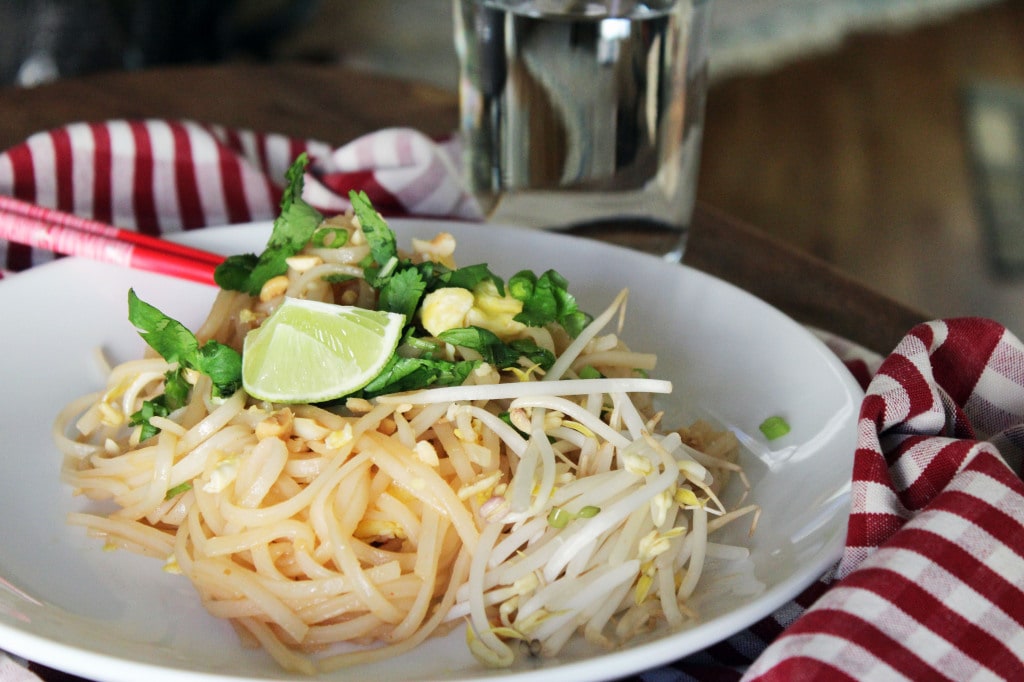 We have a Thai place near us that makes EXCELLENT food, and a few nights a month we get takeout on nights that we both get home late or don't feel like cooking.   It's amazing, but what the heck is up with rice noodles and some seasonings costing $20?  It's NOODLES.  So we need to make our own.

This version of Pad Thai is vegetarian; the protein comes from peanuts and egg.  I'm obsessed with it, but the main deal with this recipe is the sauce:  you can use different veggies, add protein, change up the noodles - the sauce is key, and the rest of the dish can be exactly as you'd like it to be on the night that you make it.  One bonus of the rice noodles is that they cook FAST, so if it's a weeknight where you don't feel like cooking but also you have an existential crisis every time you spend $20 on pasta this is definitely the recipe for you.  Existential crises on Thursdays are such a bummer, amirite?

For the sauce, we grab soy sauce, brown sugar, garlic, lime juice, rice vinegar, fish sauce, and chili sauce.  This is some random Thai stuff I had in the fridge from when it was on clearance, but Sriracha or anything like that works perfectly.   Then for the pad thai we have rice noodles, two eggs, bean sprouts, cilantro, green onion, and peanuts.  These flavors together are just heavenly. 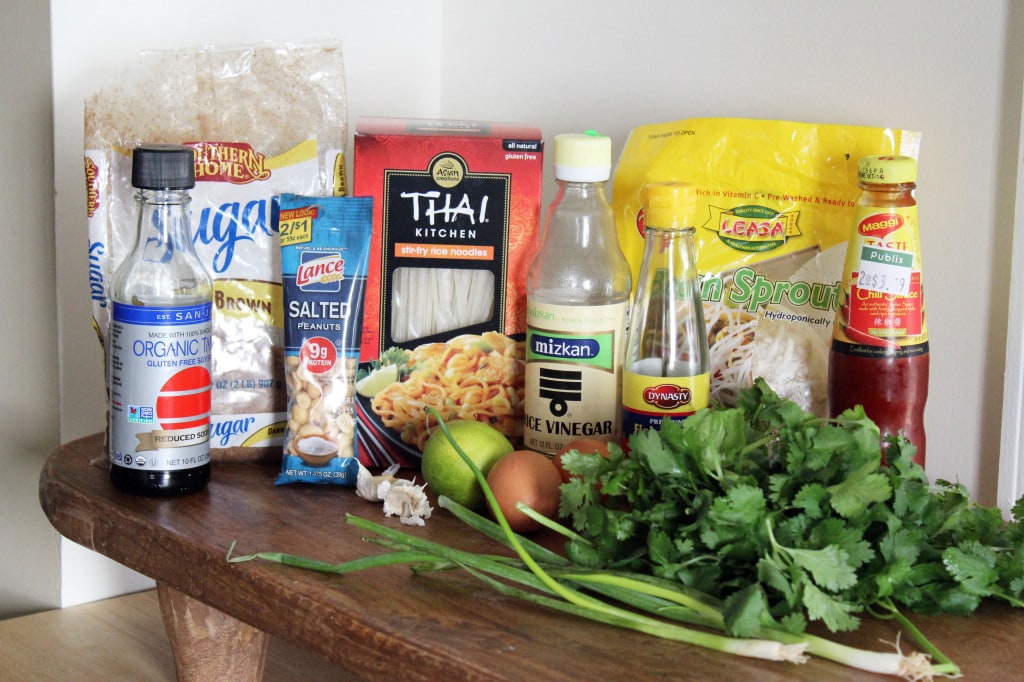 First, bring a large pot of water to a boil for the noodles.  Preheat a skillet to medium-high heat with a drizzle of oil, too.  Then, mince the garlic. 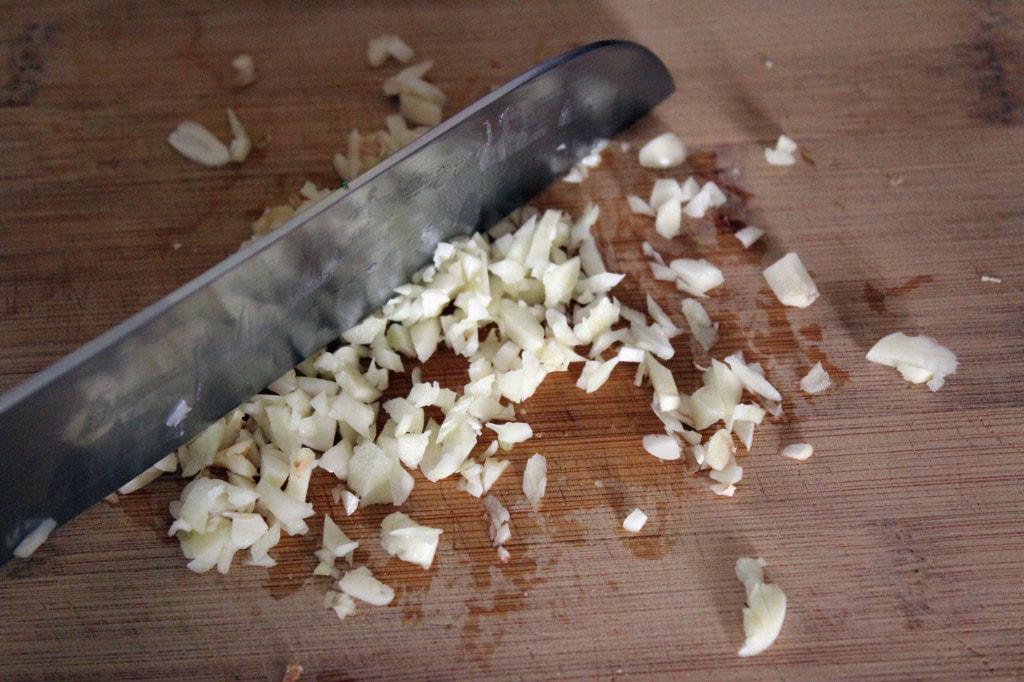 Let's make the sauce!  Pour the soy sauce, sugar, rice vinegar, fish sauce, chili sauce, and the juice of HALF the lime into a little dish. 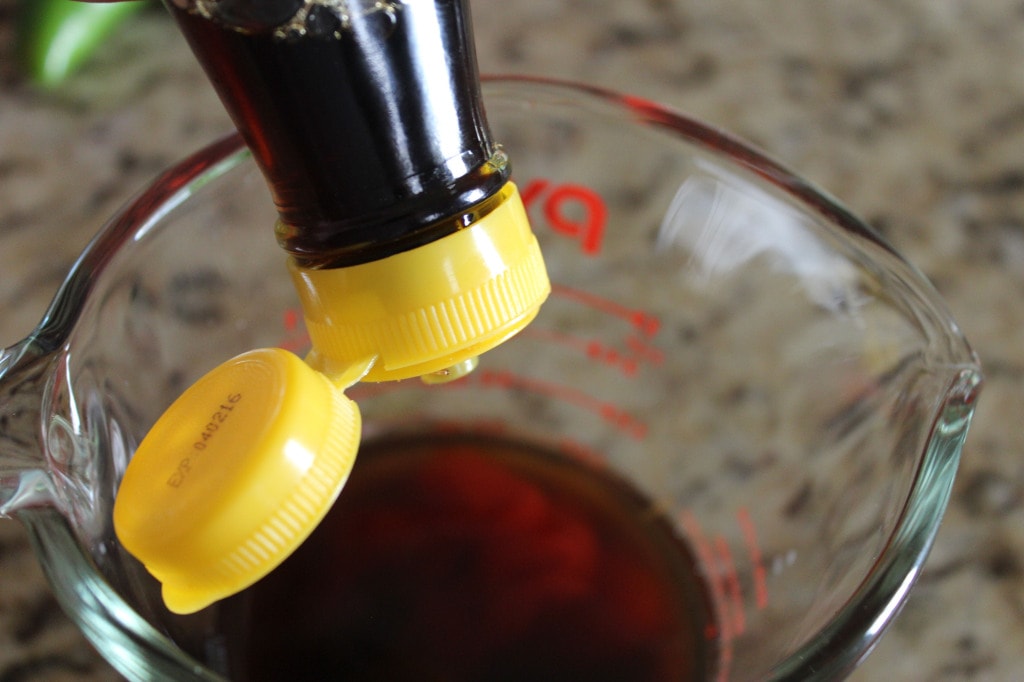 Then mix it all up!  Don't freak out about the fish sauce.  It's what makes Thai food taste Thai, so you just need to buy it and move on with your day.  Promise. 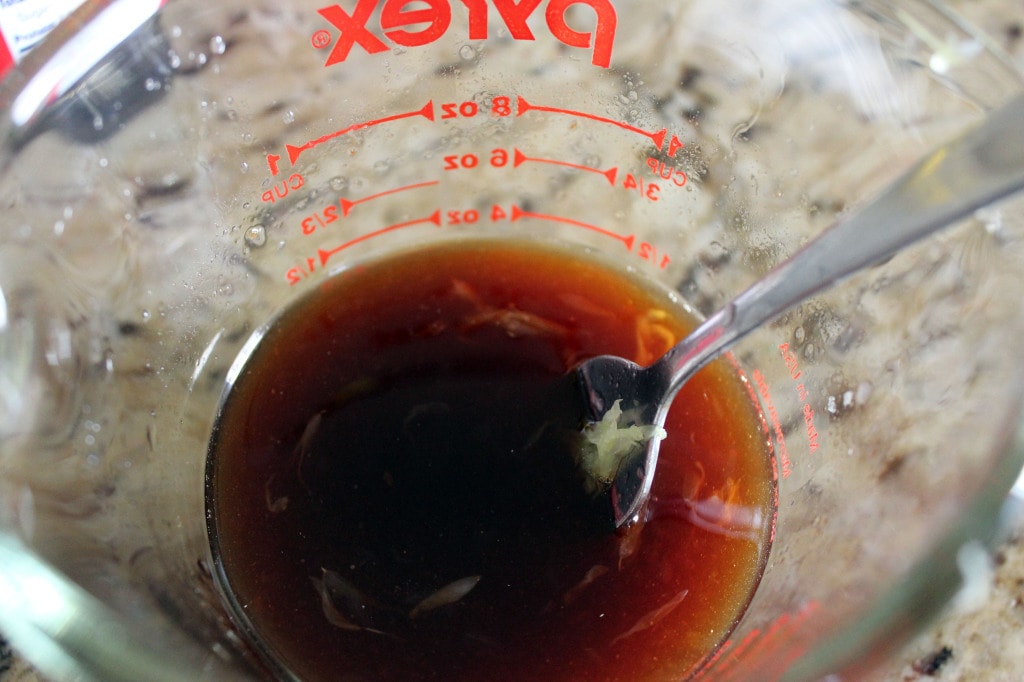 Now, cut the rest of the lime into wedges, chop the peanuts, slice the scallions, and chop the cilantro.  The sauce and noodles come together really fast, so we want everything else ready. 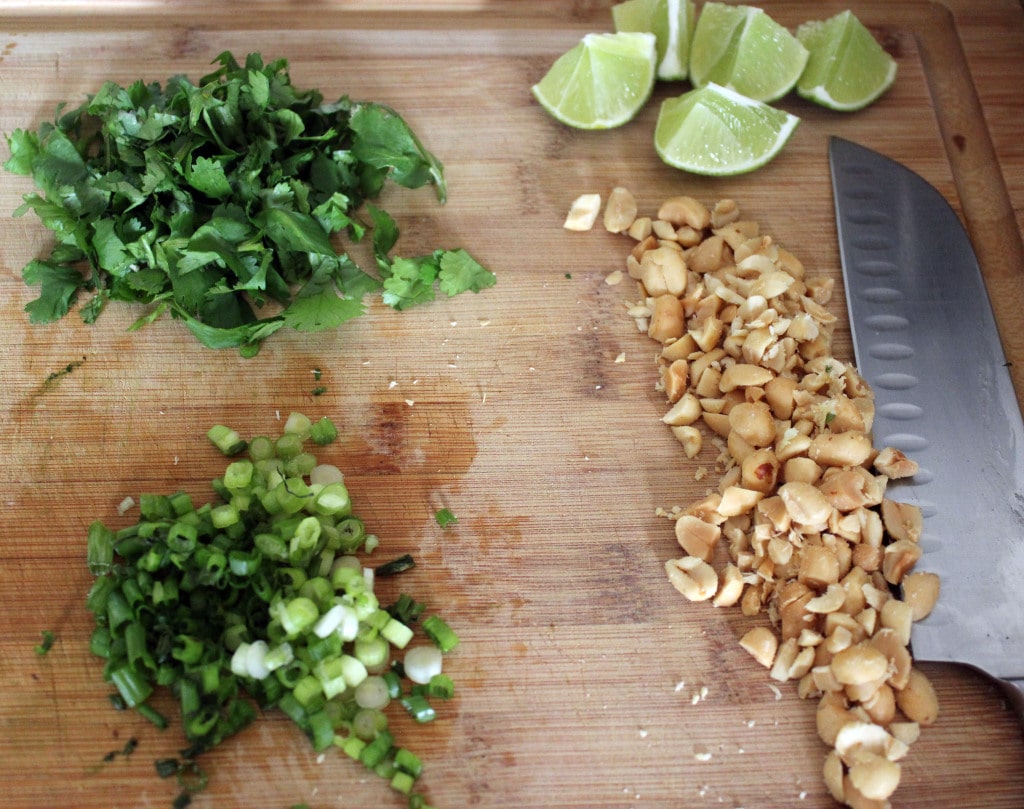 When the water boils for the pasta, turn the heat OFF and add the noodles, then let them sit in the hot water for 5-7 minutes until they're soft but still al dente - rice noodles can overcook and disintegrate, so don't let them go too long!  When the pasta is soft, drain it and rinse it with water so the noodles don't stick together. 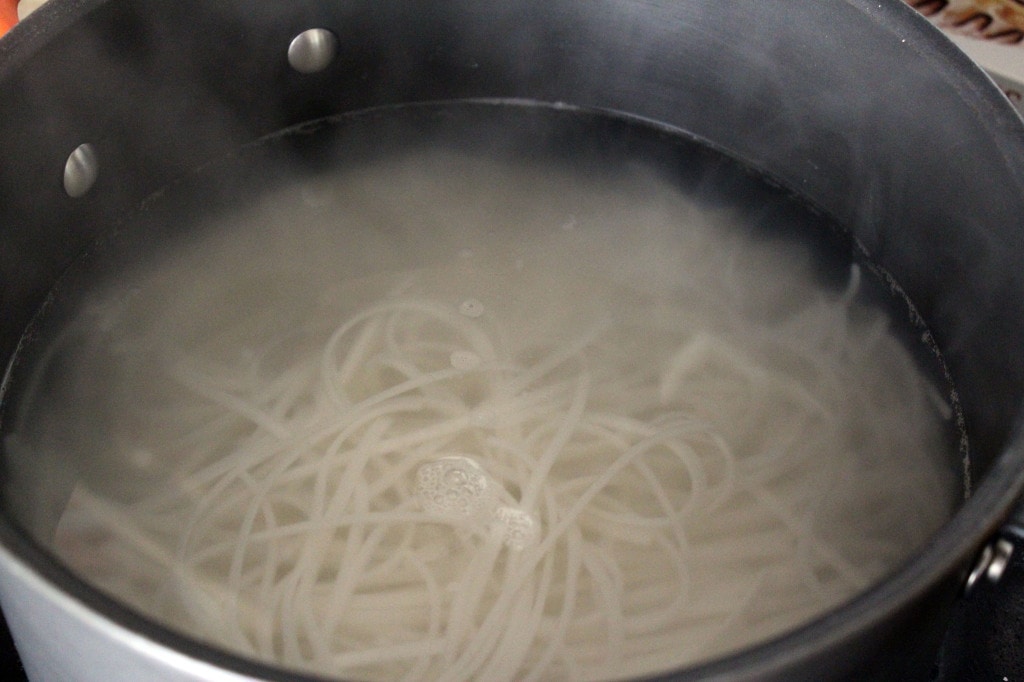 Now, the skillet should be hot!  Add the egg, and scramble it quickly just until it's cooked through. 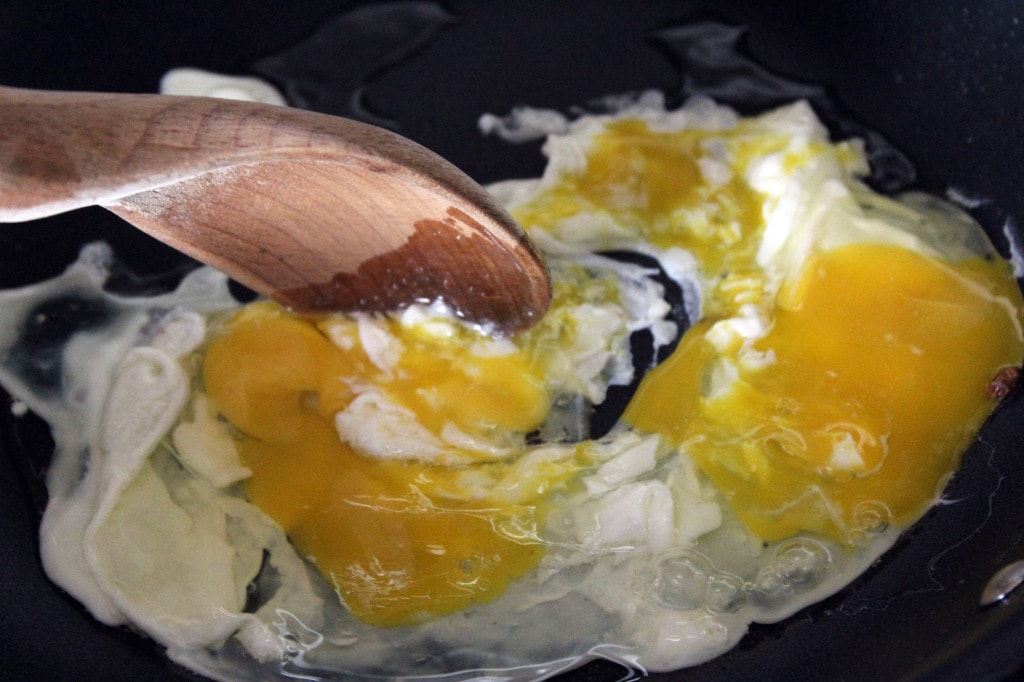 Remove the egg to a plate to hang out while we finish the dish. 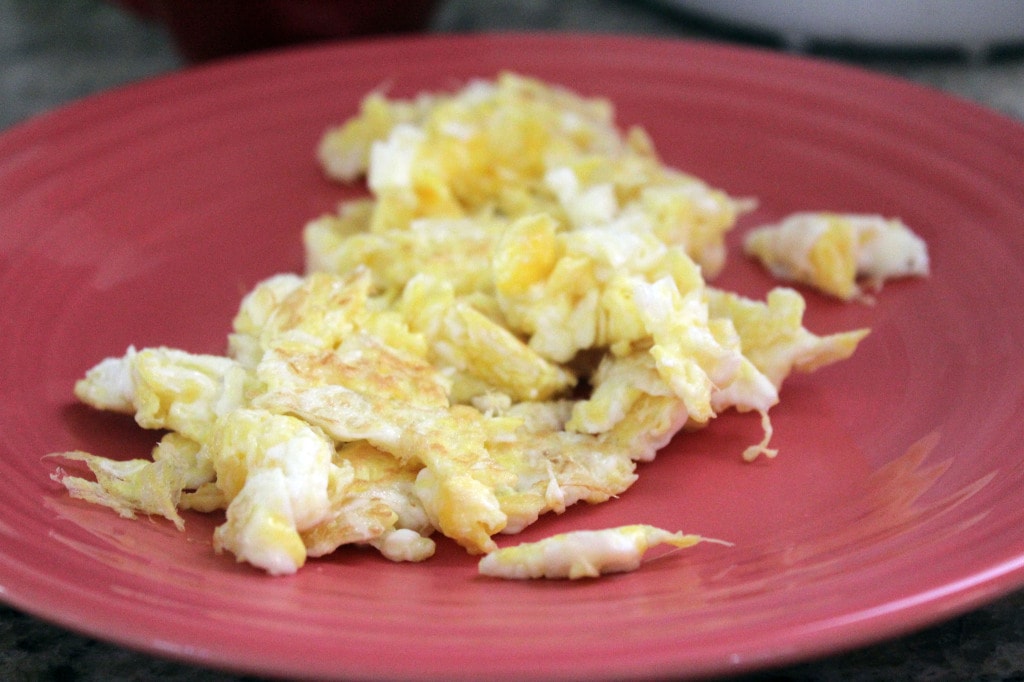 Add the garlic to the same skillet and saute it for 1 minute or MAYBE 2 until you can smell it - don't let it burn! 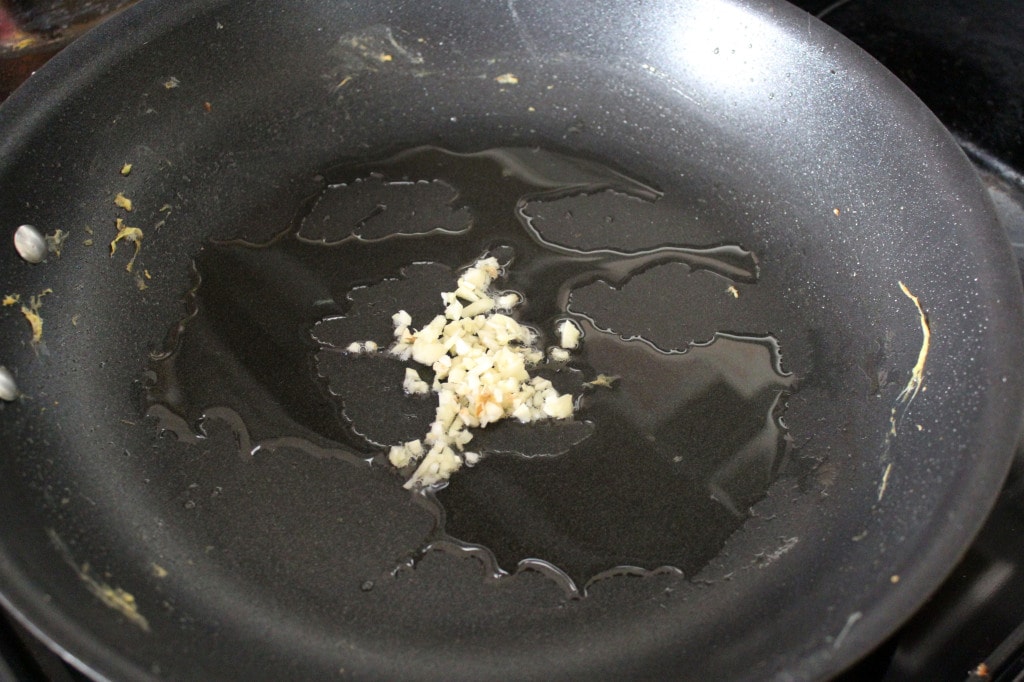 Then, add the noodles to the pan and all of the sauce. 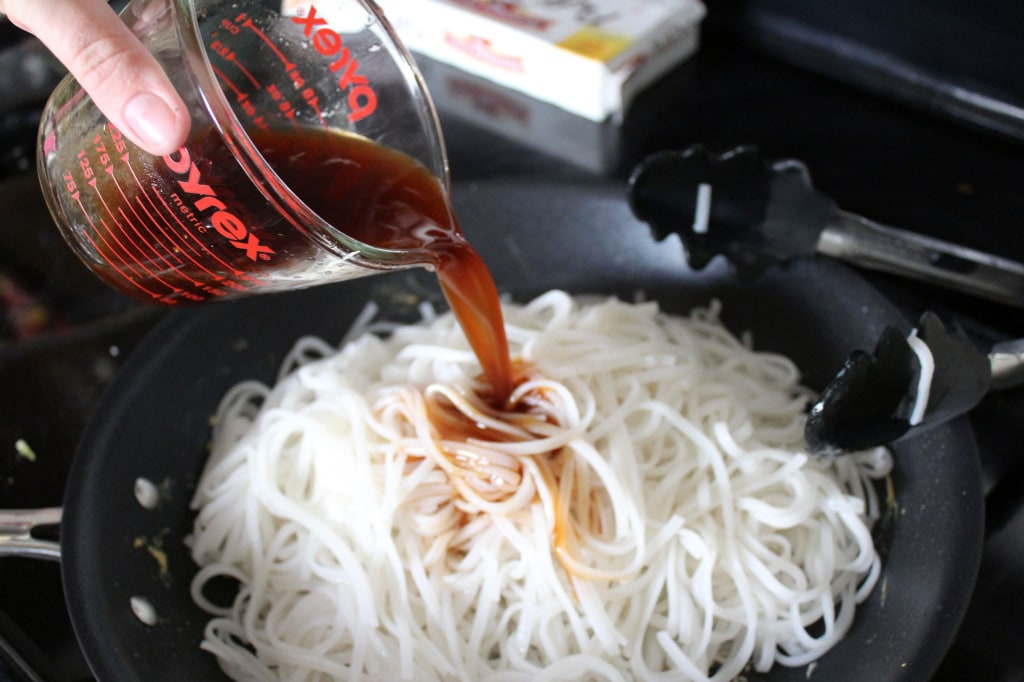 Now, everything goes back in the skillet!  Egg, and half of everything else.  We want some of the sprouts/peanuts/green stuff to top the dish with for extra freshness. 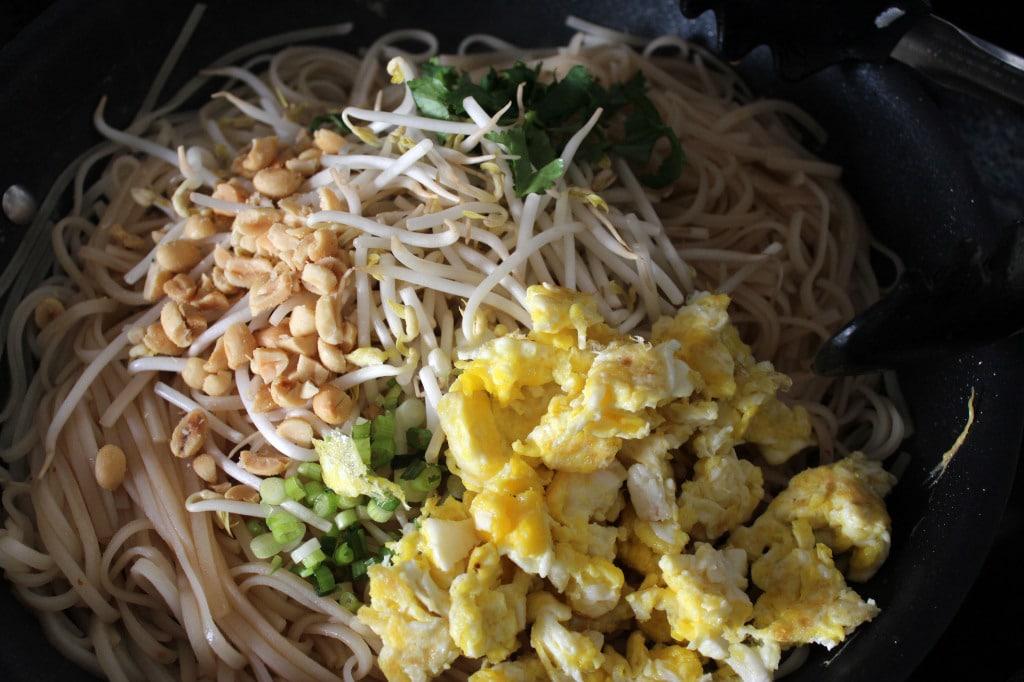 Toss everything together in the skillet and taste the noodles - add more fish sauce for salt/tang and chili sauce if you want extra spice.  You could also add fresh jalapeno!  I've had that in pad thai before and OH YES. 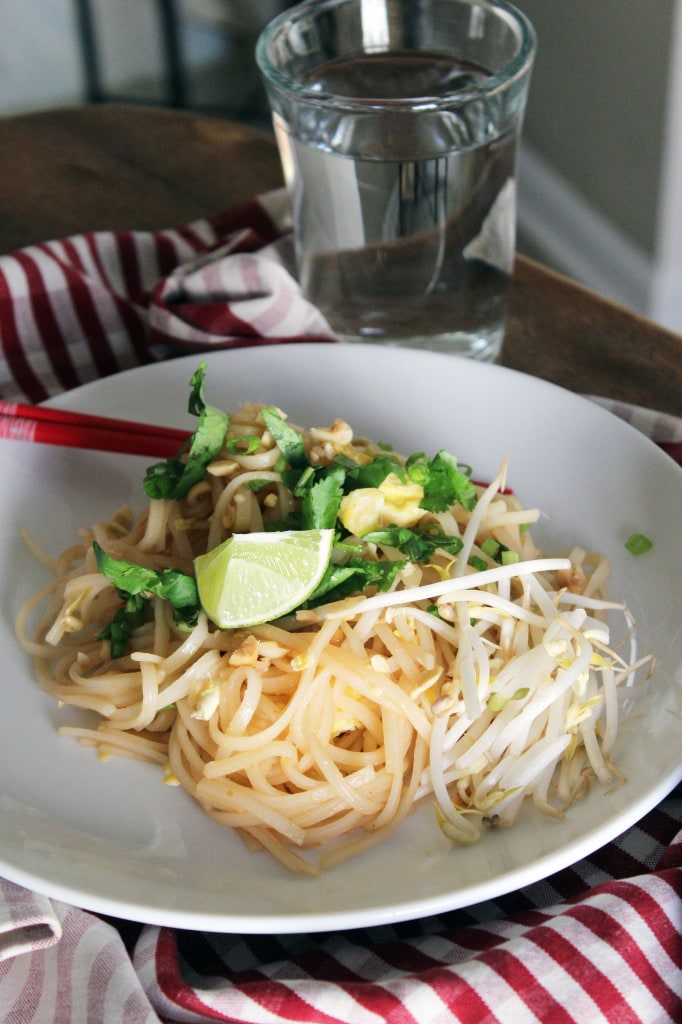 Top with all the extra junk you have.  Definitely lime wedges.  Serve! 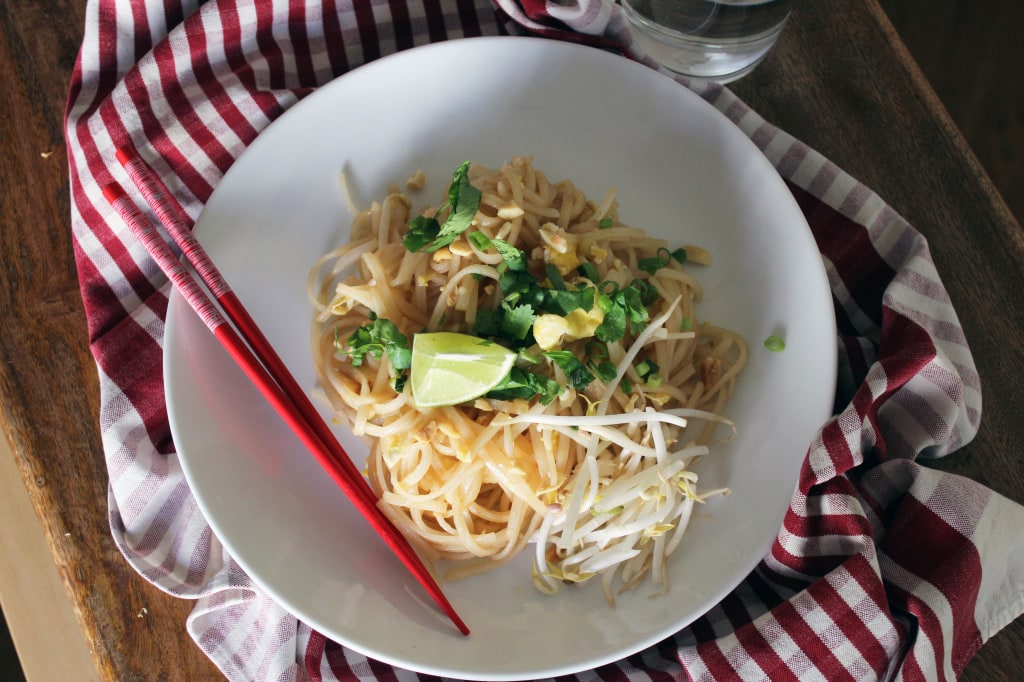 This is really simple and quick, and one of my new favs.  Beef it up any way you like with extra veggies and protein, but the plain version is REALLY good too.  Enjoy!