Home » Babies » On Maternity Leave and Returning to Work

I went back to work yesterday.  At the hospital.   At 8 weeks postpartum. 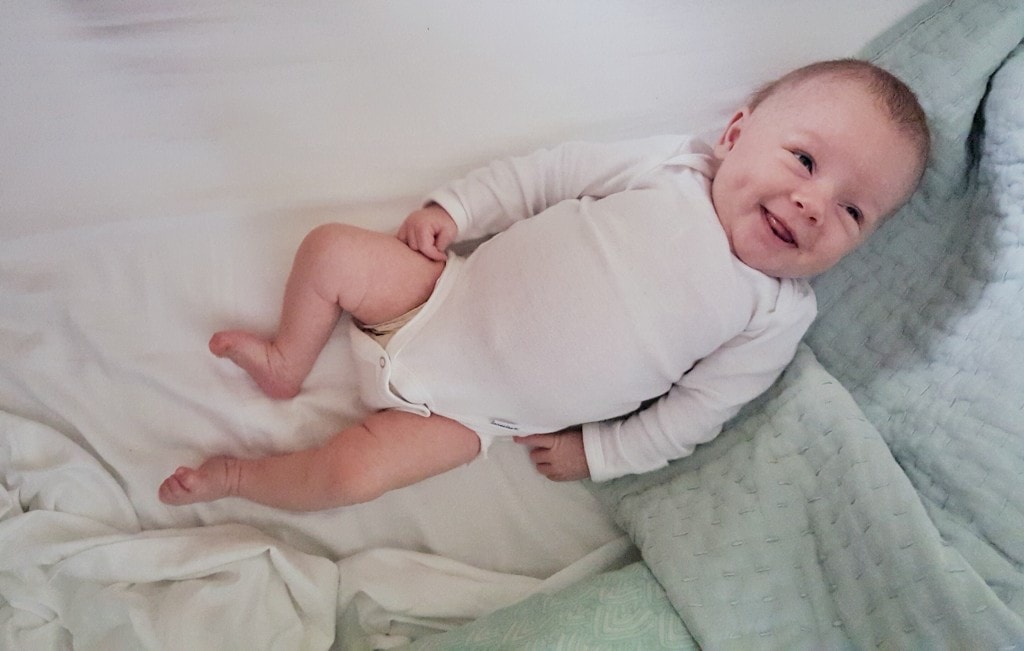 It was a fight to get that  much leave, but it was actually OK being back.

I sort of took a soft maternity leave in that I continued the Varsity Vocals work I do since Beck was born.  I tried to be super prepared before she came so that I didn't have a ton to keep up with, but our shows take place in January-April so taking a true leave this time of year would mean missing out on almost the entire season, and I didn't really want to do that even though it was offered to me.  But, I stopped teaching yoga a few weeks before I gave birth and took 8 weeks away from the hospital.

I wanted to take 12, but that option wasn't afforded to me since I'm not a full time employee.

Guys.  Legally you have to work a certain amount to be afforded FMLA rights, which of course I didn't know until I left.  Of course.

Our hospital doesn't have a maternity leave policy, only does the bare minimum required under the law.  While I was pregnant everyone, including the HR director, acted like I'd still be allowed to take 12 weeks unpaid (with no benefits) even if I hadn't worked the required number of hours in the last year.  He even said on multiple occasions "don't worry, if you don't qualify for FMLA we won't fire you or anything like that."  Of course I didn't get this in writing because it didn't occur to me that the administration at a mental health facility would threaten my job because I wanted to take unpaid leave to be with my baby.

But, of course, that's exactly what happened.  At 2 weeks or so postpartum, word came down that the outside leave company we use had denied my request for 12 weeks leave - since I was a part time employee I was only entitled to 6 weeks leave, so my boss and the HR director let me know that they would post my job if I didn't come back at that time.  I had a massive meltdown.  I was sitting in the bath trying to make my poor broken bottom feel better and just lost it.  We talked about quitting, we talked about the fact that our daycare wouldn't have a slot for us for several more weeks AND we didn't know if we wanted to use daycare.  Jay was incredibly supportive, but I really didn't want to outright quit.

I let my boss know how disappointed I was - the leave was denied, but officially the hospital has the final word, so they could have given me as much time off as they wanted.  To add insult to injury, I had my job fully covered by another therapist for 12 weeks, so it actually made zero sense that I was required to go back early.  I still feel like the guys were just digging in their heels for the sake of it, and it was SO disappointing to witness.  It's bad enough that the hospital doesn't have any sort of policy to take care of us when we have babies, but then they have the opportunity to help someone out a LITTLE BIT, keeping in mind that I wasn't asking for any money or benefits, and they simply refuse.  They "graciously" allowed me to take 2 extra weeks off and let me go back on a limited basis at the 8 week mark, which was yesterday.  So there's some win, but with all of that fighting and distress what I "won" was 8 weeks unpaid with my child.  It feels like barely a victory, but so be it.  My job offers us the option for insurance, which we don't currently use because Jay's insurance is better, but we like the idea of both having the option should we need it, so I really didn't want to burn any bridges and refused to come back.  Additionally, I'm still in the process of working on my counseling licensure in South Carolina, and I need to be doing actual counseling to finish my license at the end of this year.  So I had lots of reasons to not want to leave my job.  Plus, I like it.

I thought about not writing about any of this at all - my boss isn't a jerk, it's just kind of the norm in our hospital that we do what corporate says without much thought to it.  I get that rules and policies make things easier so....please don't fire me for this.  Or do, I guess.

So I went back yesterday.  For a full day (I work 6-7 hours a day since I'm a part time employee), and my mom watched Beck.  There should be an entire post devoted to our mothers and how willing they are to help us and how great they are with Beck, but there it is:  my mother and Jay's mother are amazing and I would die without them.  And it was totally fine, of course.  I missed my friends, and the hugs and welcome backs were so wonderful, plus it was really nice to be in a place where I know how to do everything, as opposed to motherhood where I know nothing and am constantly worried that I'm going to kill Beck or fail her in some other awful way.  Being back at work made me remember that I am good at some things, and also that babies are boring and I enjoy adults.

And then I felt guilty for thinking that.  But dude, it's all true.  Babies are boring, very frustrating, and also I want to be with Beck 24/7 and just snuggle and sniff her head but also like my job and OMG CONFLICTING FEELINGS.  It made me want to get back in the bath and cry some more.  But I didn't!  I pumped my way through the day and my mom sent pictures and I did my work and it was just fine.

Moving forward, I'm working 1 or 2 days in February and might increase in March.  I'm walking a fine line between having my title reduced from part-time to PRN (as needed) therapist, and I'm just taking it one step at a time in terms of what I can manage and what feels best for Beck and Jay - I decided to be unconcerned with anything but them, and that has served as at least a guide in the decision-making process.  February is our busiest Varsity Vocals month, so I'll still be able to focus on that, and if I want to add some time at the hospital in March I might be able to do so.  Our mothers are helping with Beck, which makes me so happy because 8 weeks is really young to be in daycare.

I also feel guilty because I know SO many women have it lots worse than I do.  Many have zero leniency from their bosses, many have to go back sooner and full time for financial reasons, many don't have family nearby to support them.  I know I don't have it that bad, but it's a crying shame that we live in a country that does SO little to support new mothers.  I once worked at a software company that had no maternity leave, and it was brought up in an executive team meeting that a policy should be created, and someone suggested 2 weeks paid or something like that.  And one of the guys said "I'm not sure why we should pay them, we aren't getting anything out of them if they aren't working."

OMG ARE YOU KIDDING ME HOW DO YOU THINK NEW HUMANS ARE MADE AND ALSO BILLS HAVE TO BE PAID GO FUCK YOURSELF.

This is the mentality though of a lot of people, and it's been around long enough to ensure that systemically families and women aren't protected in any fashion in most industries.  There are some great companies to work that DO protect families, sure, but I don't think that's the norm.  I've heard of people only working for European companies or other things like that to ensure that there is some kind of policy in place, and how sad to have to limit your work options based on that - but smart at the same time.  I don't think that it is that unreasonable to give women a little bit of paid time off and a little extra support if and when they return to work.  OH AND ALSO THE EXACT SAME THING FOR DADS.  Seriously.  I'm whining about 8 weeks, Jay had to leave 5 days a week at 2 weeks postpartum.  That was awful for him.

Of course, this happening to us in an election year makes me extra sensitive to how some of the candidates seem to be making a push for more care for new families in the workplace, and how some of the candidates decidedly aren't.  I think no matter who you vote for it's important to look at, even thought it might be awhile before we see any real change in this area no matter who is elected in November.

So there we are!  Big new changes, but in teensy baby steps, and I know it'll all be just fine in the end.  Unless Beck doesn't ever learn to read or something because I wasn't with her enough.  Shit.

PS if anyone knows of any work-from-home jobs with insurance that pay like half a million dollars a year that would be really great - I'm looking.  🙂