Jay turned 33 last week!  He also had the month of all months that included ALL THE FUN STUFF.  Here's what he's been up to, while I was doing his laundry. ~L 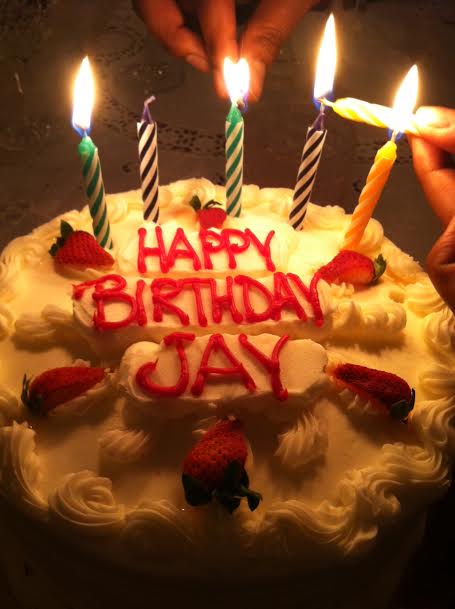 I turned 33 this year. It's not the most special of ages, but it was a memorable evening. Lindsay went out of her way to make it a very special, surprising, and eventful evening. I had 15 friends hiding in my bedroom when I returned home from work, and my first memory of 33 was almost me crapping my pants in fright. But the evening quickly turned into a drunken, musical, conga line, karaoke festival of fun that is appropriate for a 33 year old man's birthday party. Lindsay made an all Asian appetizers spread with chicken lettuce wraps, ginger meatballs, and pot stickers. I was a happy man. I no longer consider myself a young man, but I had a brilliant flashback to my youth on my birthday. After a few rounds of brews and a bourbon drink, my best bud Adam started playing our keyboard. Soon everyone was gathered around singing and rocking out. Adam went into Bruce Hornsby's "The Way It Is" and I went directly into Tupac's version. I still know 84% of the lyrics and really shocked some friends with rap game ability. I'm like the suburban version of Eminem, that loves Bruce Hornsby and white wine. Was it sad? Yes. Was it also fun? Absolutely. I still got street cred. 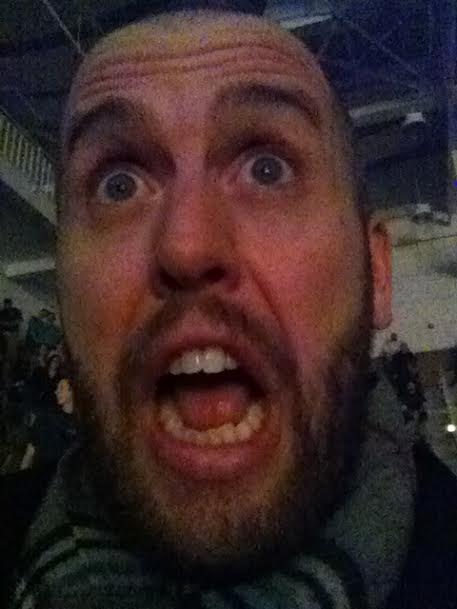 I got a flat tire on one of the coldest days of the year. I think the worst part of a flat tire is having to drive around with that dinky little, thin, shameful spare. 45 mph is all that baby can take, so you're just getting passed and judged simultaneously. 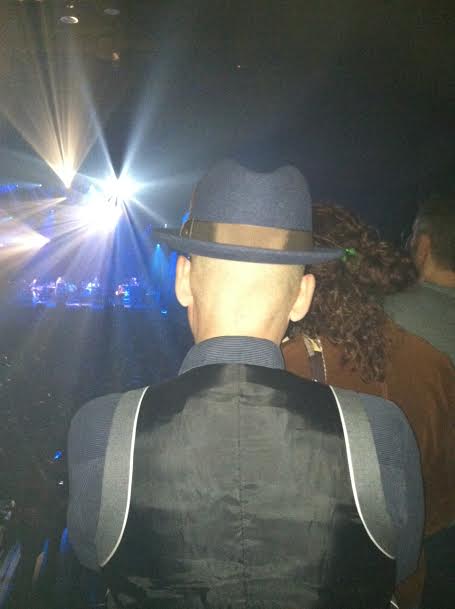 I went to two concerts this month. I saw Wide Spread Panic and Mike Doughty. Two different shows and two different experiences. However, I am officially at the age where I no longer have any interest in being "on the floor". I paid for a seat and I'd like to take full advantage of it. I found myself getting cranky at people that were standing up in front of me. I am so self-absorbed and cannot understand why people must experience music in the upper deck of an arena standing up. The upper deck is for the old folks, fat people and kids that can't handle their magic mushrooms. I got a beer spilled on me because a drunk girl knocked her boyfriend's beer out of his hand. No apology was even attempted. I was more upset at the lack of apology than the actual act itself. I've never wished to see a person slip and fall down the aisle steps at a concert, but as she walked away I said a little prayer. God did not answer me. 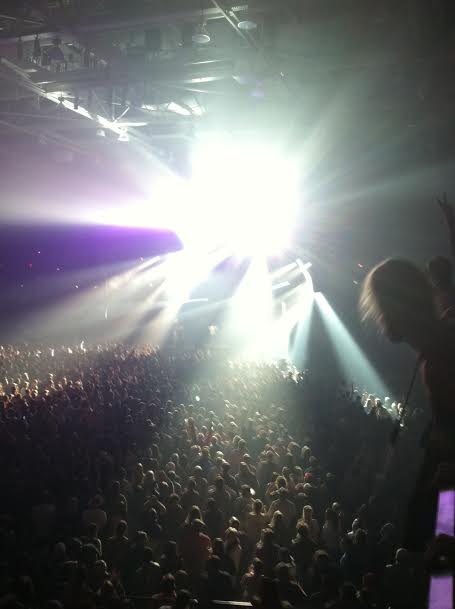 We ate amazing Indian food in Asheville at a place called Pani Chai. My buddy Wes and I split 3 appetizers and rocked some quality Indian brews. Their take on Sloppy Joes are out of sight. Ground lamb cooked down in a sweet and spicy curry sauce, that is topped with a green chili puree and sour cream and served on a crisp, buttery bun. Their fried brussle sprouts were light and flavorful. The same green chili puree was served as a dip, along with a curried honey mustard, which was by far my favorite. A classic American dipping sauce, but made so much more flavorful with some madras curry seasoning. The samosas were served on a bed of refried garbanzo beans. The beans had been cooked down so much and had such a deep flavor, that it really helped kick up the flavor of the samosa itself. Delicate, crispy phyllo dough, stuffed with ground lamb and veggies. There wasn't one dish that was disappointing.

When dealing with drunk friends at a concert, I've learned that it is your sober responsibility to steer the loud, drunken, say anything, knee jerk reaction mind away from little people. In my experience it is almost impossible to keep a drunk asshole from automatically yelling, "Hey, look...there's a midget!" And then you're just left standing their being a friend to an insensitive ass, trying not to giggle. 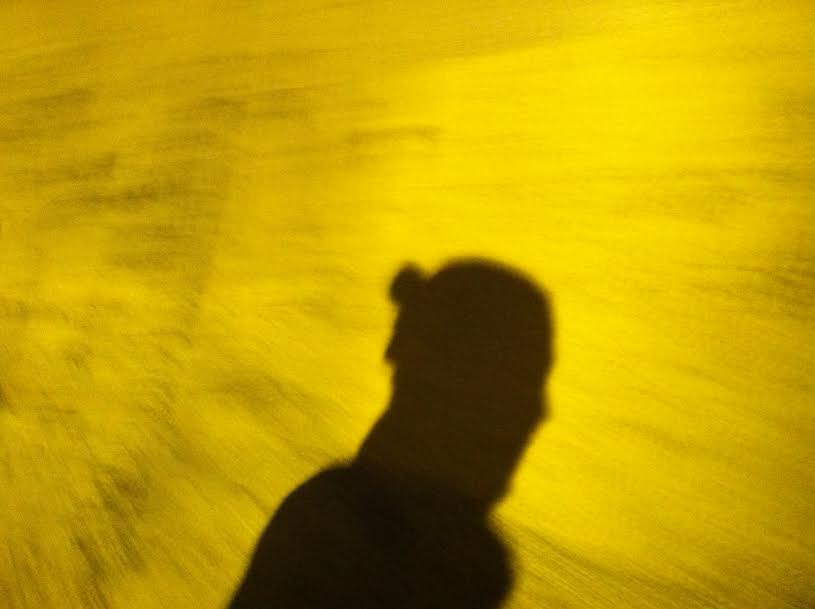 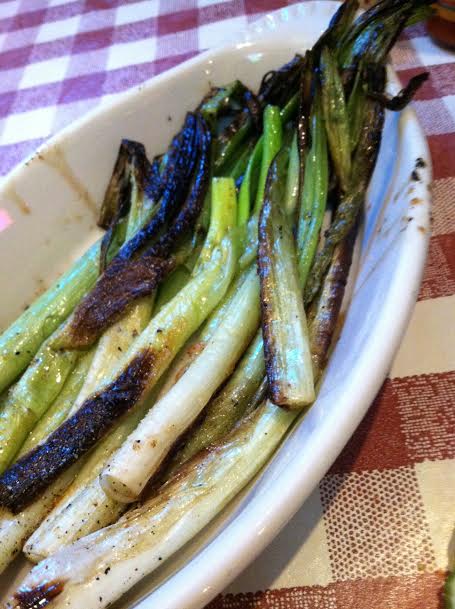 The Mike Doughty show in Atlanta was spent with my buddy Matt. We went to an amazing Mexican restaurant on the west side of Atlanta called Nuevo Cantina. The grilled scallions are awesometown. Browned, salted, and tossed in olive oil. Simple, simple, simple and so good. I had the vegetarian mole enchiladas. Their mole sauce was the start of the dish. Deep rich chocolate flavor, that also had a nice spice kick to it. The enchiladas were stuff with mashed potatoes, peas and carrots. It essentially took a classic Shepard's pie and dressed it up in an enchilada with a mole sauce. It was excellent. Everything was homemade and you could tell with the soft, grilled flour tortillas that accompanied our meals. 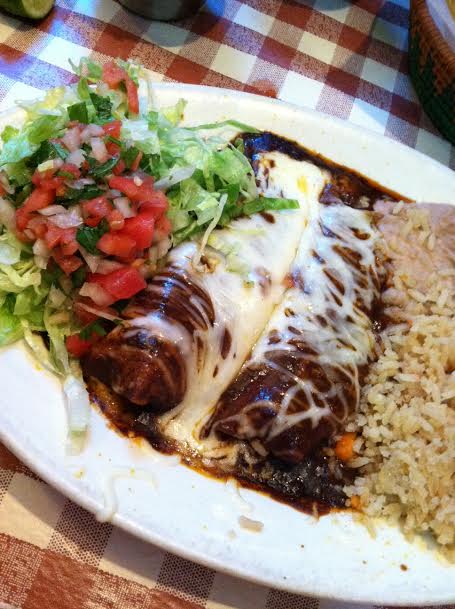 I love the way Lindsay sits at a bar. It really grabs my attention.  This is clearly not me sitting at a bar.  This is me photographing food for you while Jay drooled, rushed me, and then ate half of these. 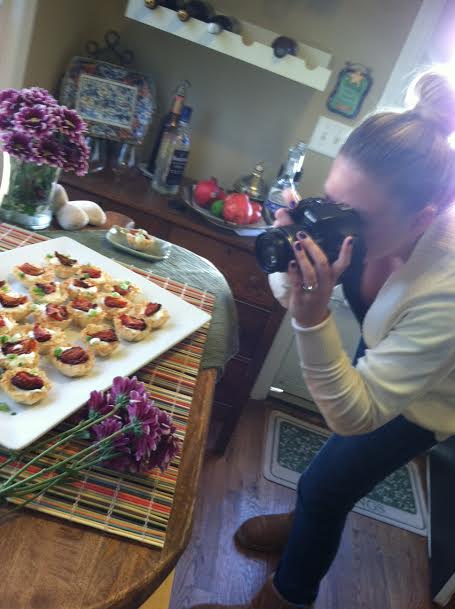 I went to my friend Chris's child's christening. It was the first time I'd ever gone to a catholic church service. It was better than the normal southern church experience I usual am forced to attend. This place is very hip, open and has a diverse congregation. The best part of the christening was the food afterward. Chris's wife Michelle (our wedding photographer) is from a real Sicilian family and the food reflects a quality recipe connection to the homeland. Chicken cutlets served over a penne with vodka sauce. It was Rachel Ray Yum-O! 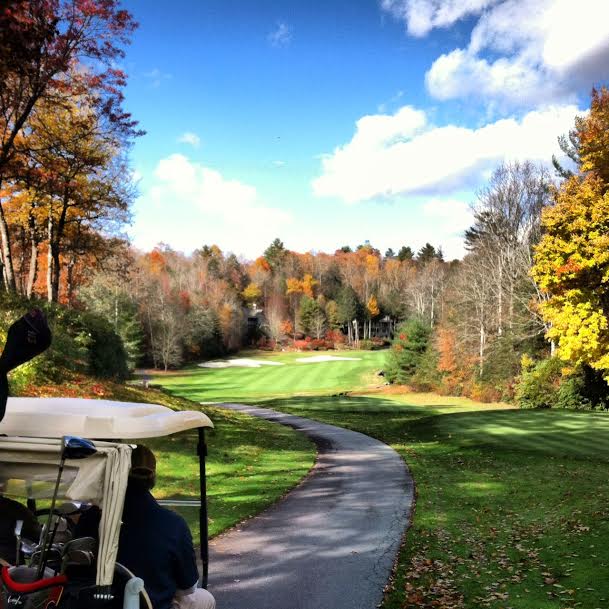