Or, you know, New England-ish.  I have no clue what I'm doing when it comes to regional offerings, as we discussed yesterday. 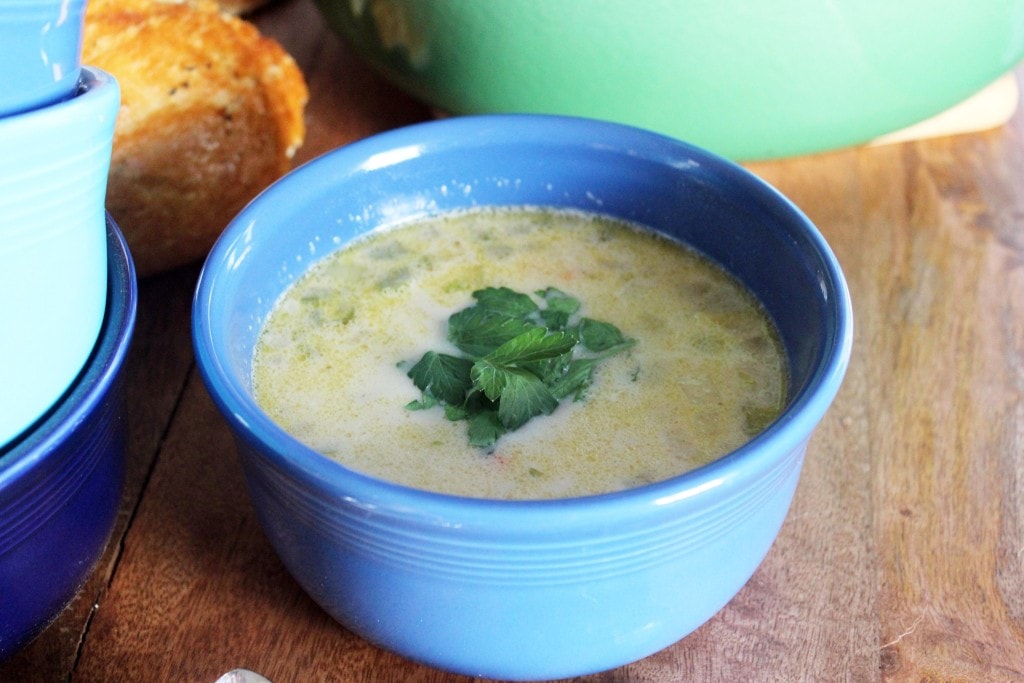 This is the second of the #superbowl recipes that I have for you this year, both seafoody to celebrate the fact that both of the teams come from places that CELEBRATE seafood.

I celebrate all food.

I originally had a plan to make this a little bit fancier - start with pancetta, use live clams, white wine, fresh thyme....all the good stuff.  But then nowhere in this city had fresh clams, even the expensive places.  And then I forgot about the pancetta.  And then I figured, it's the effing Super Bowl.  Not fussy.  Let's be really simple in this instead of fancypants.  So that's what I did!  The results were delicious, and this is an easy peasy chowder.  A touchdown, you could say.  Heh.

You need a potato, some carrots/celery/onion, butter, clams, flour, stock, Old Bay, and cream.  Simple stuff!  You add some water, and I actually used the same water I used to boil the lobsters yesterday for extra flavor.  SO, if you have some lobster water lying around, grab that too.  Or not. 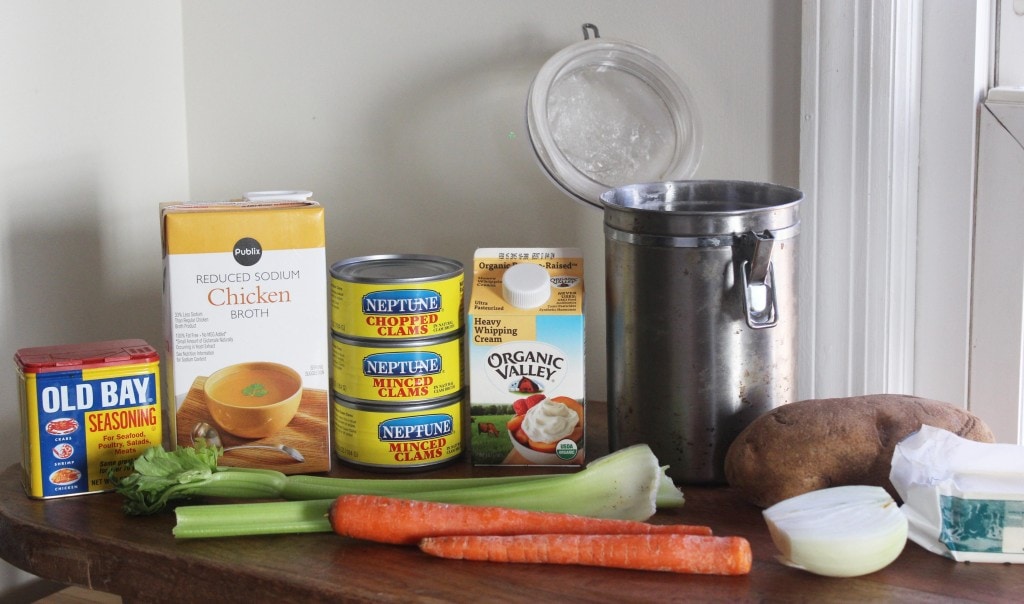 First, prep the veggies!  Preheat a soup pot to medium heat, too.  We want everything pretty teensy so it melts all together when the soup is finished.  Potato, celery, carrot, onion. 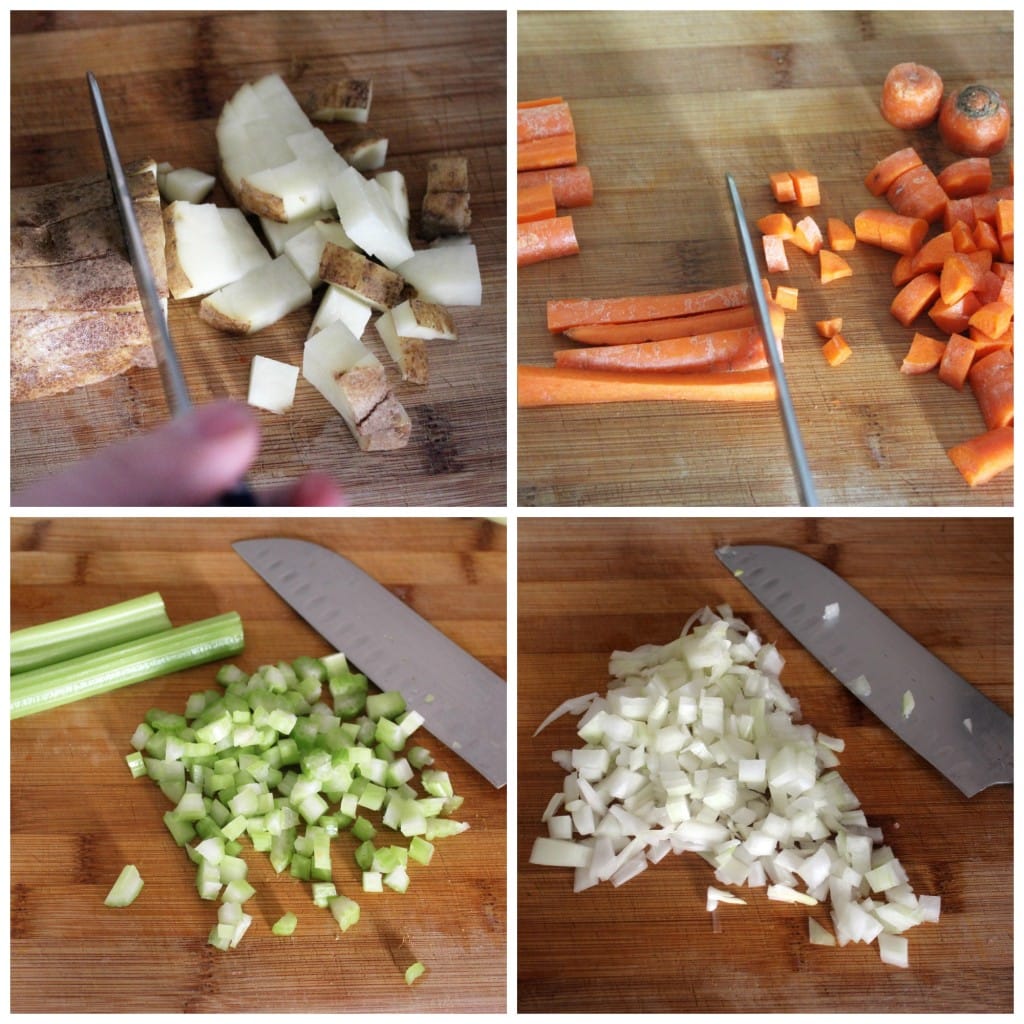 Then, add the veggies and half the butter to the pot.  Let them cook for 5 minutes or so until they start to soften. 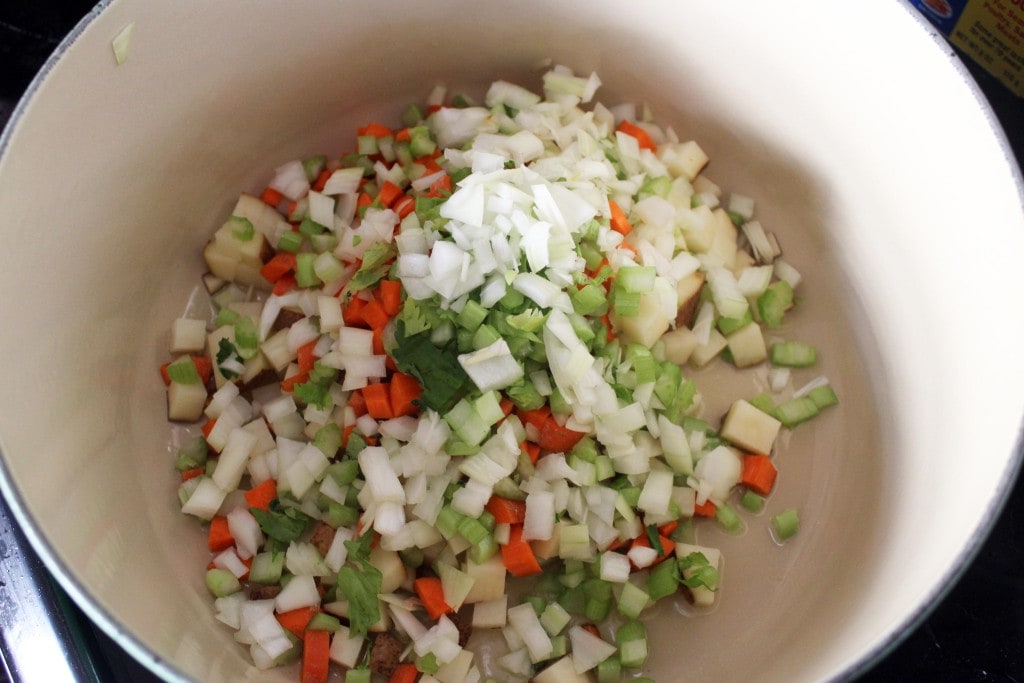 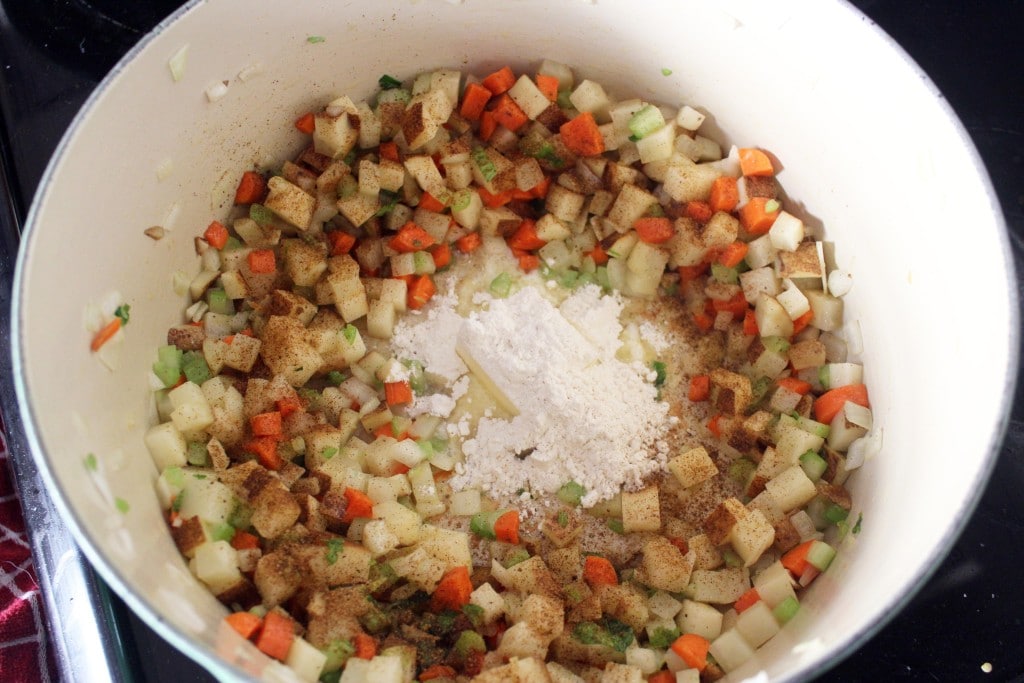 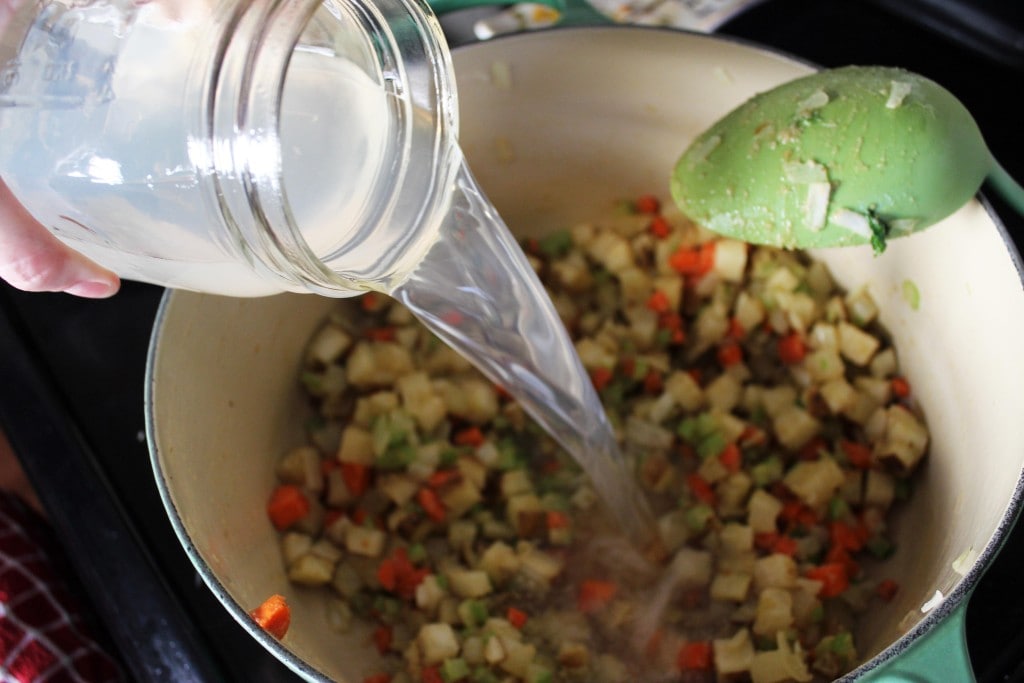 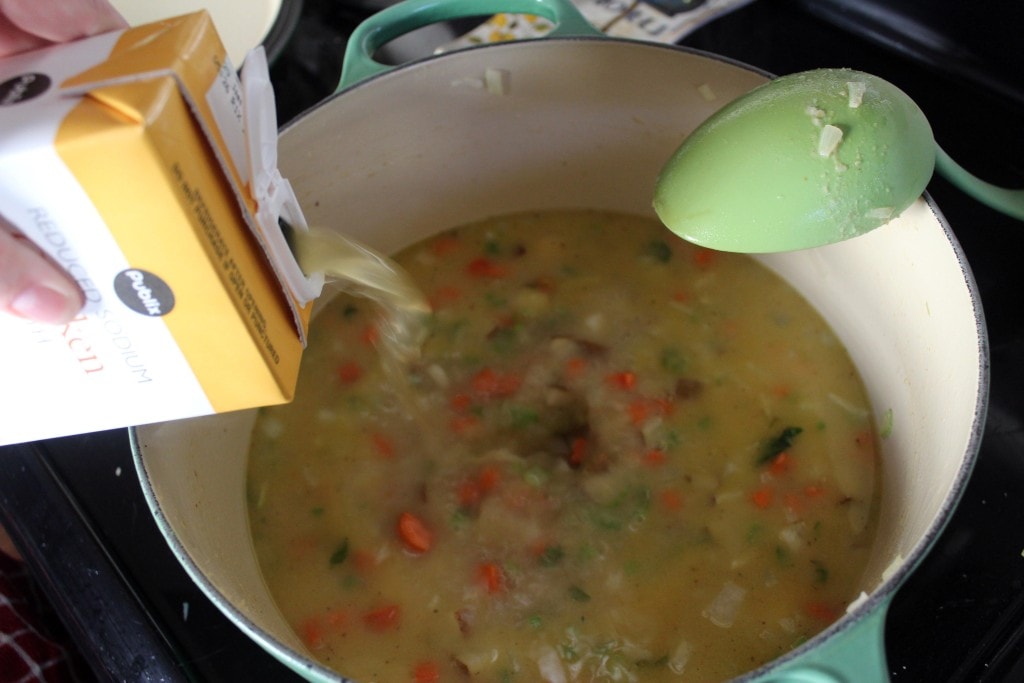 Now we just simmer!  Let the mixture simmer uncovered for 15-20 minutes until the potato is cooked through and the soup has slightly thickened.  Then add the clams. 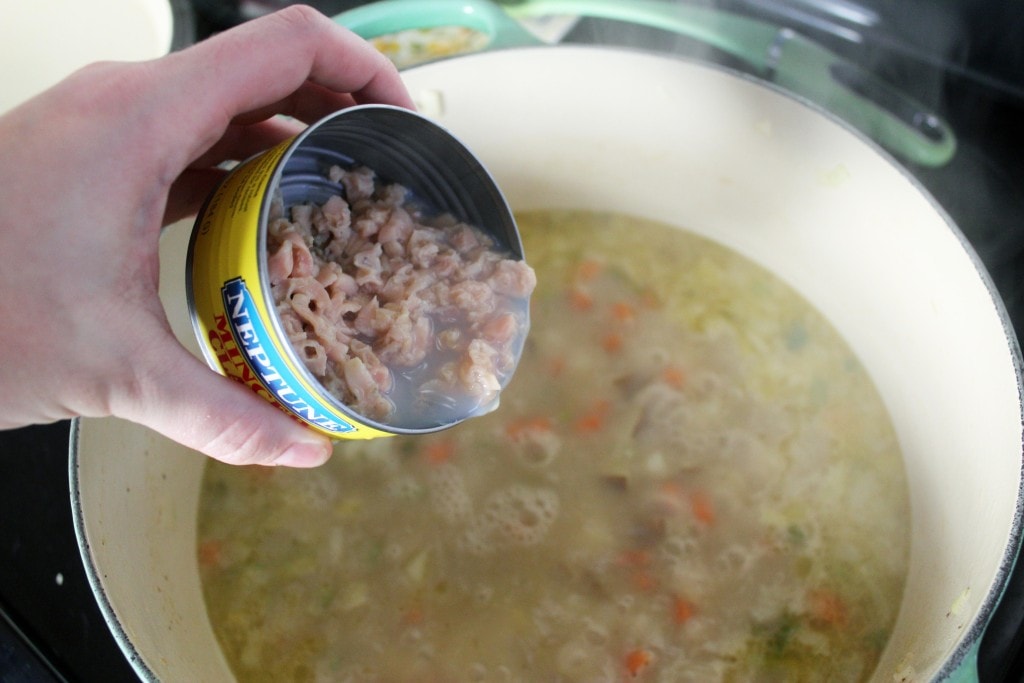 And the cream!  Stir everything, taste, add salt if you need to.  Let the clams and the cream heat through for 2 minutes or so until the soup is hot, then serve! 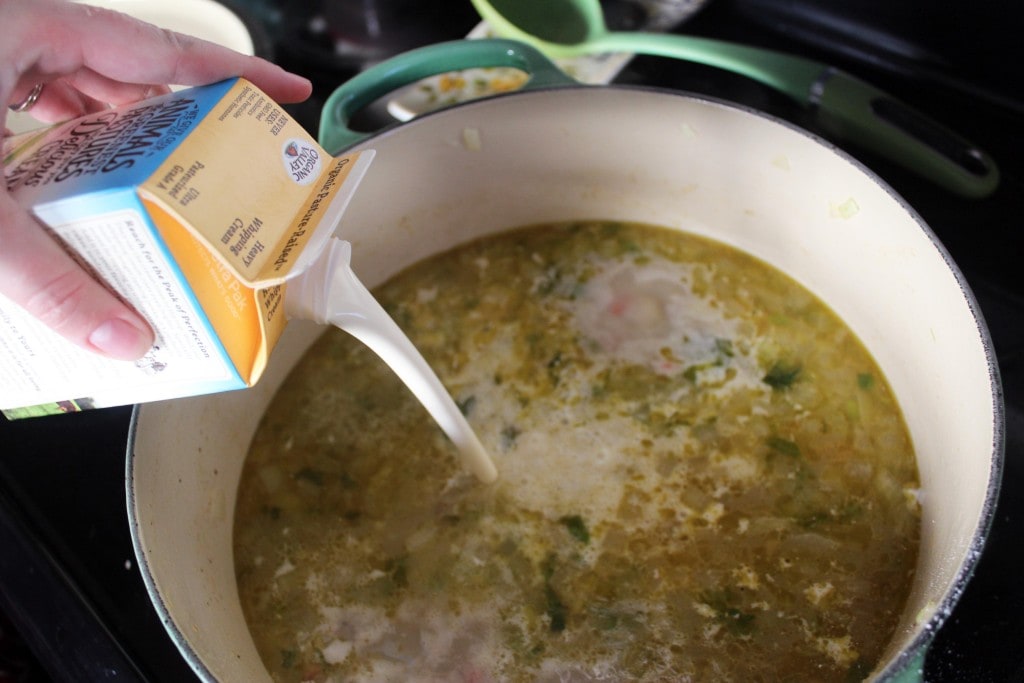 Crusty bread is a must, parsley is a maybe.  I love sherry vinegar in creamy soups, Jay hates it, so that's a personal decision.  (jay's wrong) 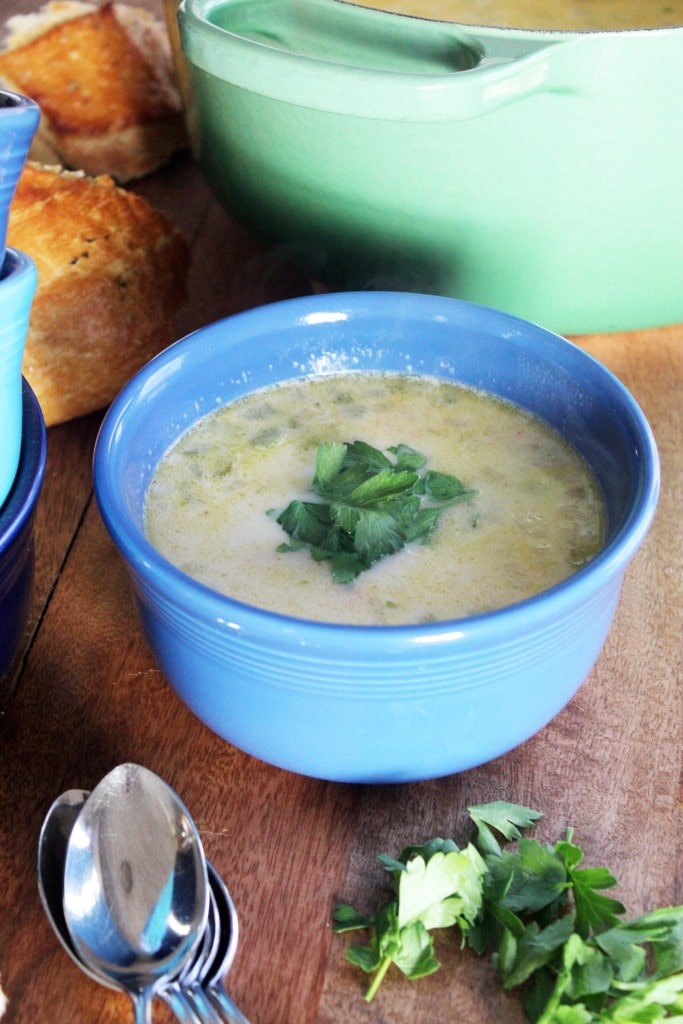 This is glorious, super simple, and so cozy for this ridiculously cold weather. 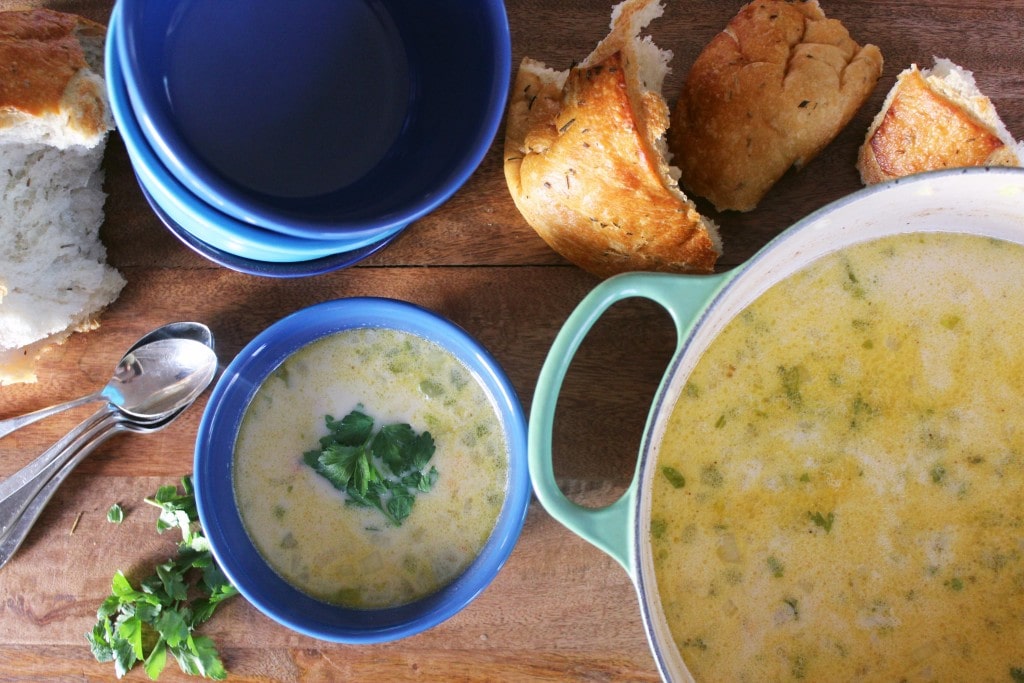 Or, the super duper regional SB party you're throwing Sunday.