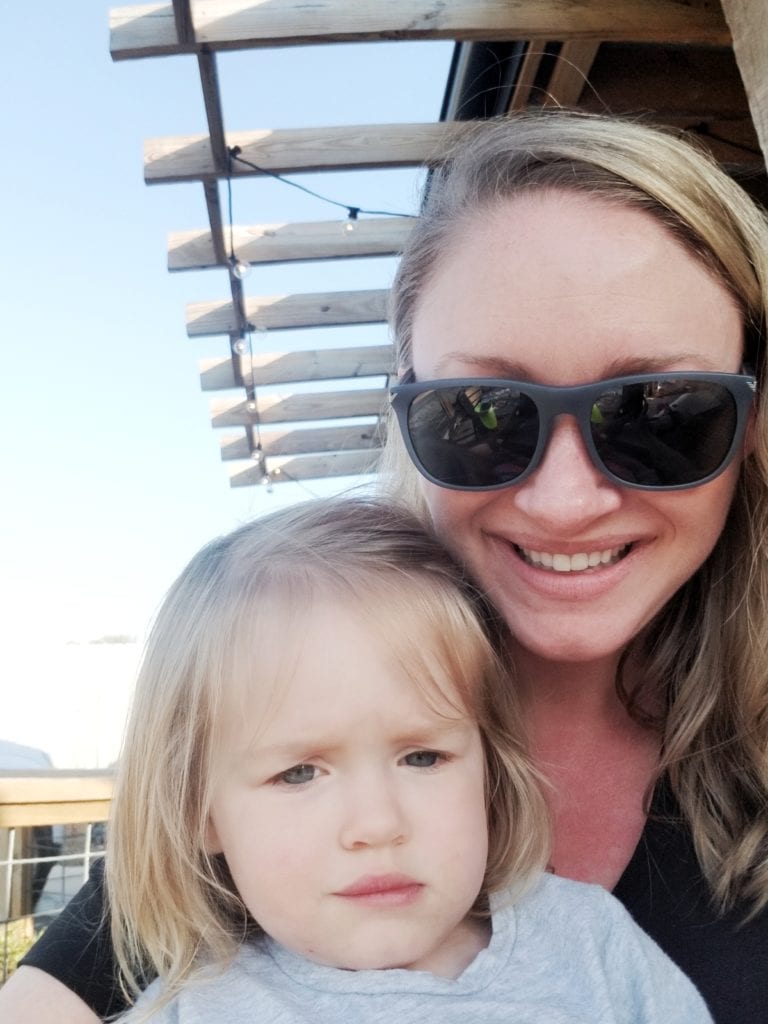 Happy Mother's Day! It is one million degrees here (over 90 for the last 3 days, please tell me what is happening), and we have had all sorts of celebrations this weekend. A toddler birthday party with all of our besties, tons of baby steps on the construction on our house, a big family dinner last night for Mother's Day with my family, and today, the actual day, is more left to getting ready for the new week and begging Beck to not whine any more than usual for this one day.

Being a parent of little kids and this holiday are such a funny thing, really. I have zero expectations for Mother's Day, but I see a lot of kind of frantic rushing about and BE NICE TO MOMMY which then leads to the kid crying and ONLY WANTING MOMMY and it's all with great intentions but really what does anyone expect? At this age (Beck's age, that is) I'm more than happy to spend today being grateful to be Beck's mother, no matter what that means. My Mother's Day gift to myself is not feeling guilty that Beck watched TV for three hours this morning, and that's plenty for me.

If we were being honest with ourselves, Mother's Day gets good when we're old enough to appreciate our own mothers for what they did for us for the first gazillion years of our lives. I severely fell down on a Mother's Day present for my own mother this year, but the amount of gratitude I'm sending her through the ether has to count for something, right? There are different levels of appreciation we gain for our own parents as we mature, but my realization of just how much sacrifice we witnessed as children definitely has had an exponential growth since I became a parent myself. It's not that I was unempathetic before, it's just that being there/living it/doing it means you get it more readily. So, I'm more grateful. I'm also better able to understand, let's say, moments in my childhood that I swore up and down I'd never repeat. I'm repeating them, not for lack of trying to lack of self-control, but because sometimes parenting is really freaking frustrating and you say shitty things to and about your kids.

Mothering is an interesting thing. I'm using that word intentionally instead of parenting because I think it's different than fathering, and I don't necessarily mean male/female stuff. I think that most parents embody qualities of a father and a mother, and from the get-go the act of mothering has an innate nurturing quality that somehow magically (thank goodness) makes us a little less selfish. It doesn't go away, also thank goodness, because we deserve things for ourselves and joy and to not always be covered in someone else's bodily fluids. The nurturing does have the effect of making us a little less pissy about things that in other circumstances would be completely unreasonable to experience. Someone pees on you and laughs about it WOULD NOT FLY in the adult world, and of course it's gross, but even the love-to-complain-online set of mother's (it's therapeutic, I get it) aren't really mad when stuff like that happens, not in the same sense as if a fully formed adult committed such an atrocity. I, for my part, think that talking about these things openly and with some humor is imperative to getting through many days, so complain away.

I liken it to those meme's that are like "the human body can withstand a whisper but CHILDBIRTH IS A BOMB pass to ten moms because they're tough," or whatever variation of that shit you see on your social media feed. I don't know about the science of all that (well, I do, but I also don't want to diminish anyone else's experiences), but I do know that all humans can withstand a ton of physical and emotional pain, and childbirth is also very physically painful, so let's not try to compete about that nonsense. Mothering is similar. There is a level of abuse that we withstand, sometimes with lots of grace and sometimes with lots of wine/whine, that would never be acceptable in other circles of life. And, most of the time, it doesn't feel like abuse at all. It feels like part of it, and I don't know many people who have a hard time falling asleep at night because their child slapped them in the face and had to go in time out 4 separate times in one afternoon because of repeated intentional mean-spirited hitting (my life last week one afternoon). Instead, they go to sleep and sleep very soundly to prepare themselves for the next day's battles. If Jay SLAPPED ME IN MY FACE repeatedly because I told him he had watched too much TV that day we would have a huge problem and you bet your ass I'd have a hard time getting to sleep that night.

We are strong because we like this shit and are sometimes even grateful for it. We like it so much that we do it to ourselves multiple times in one lifetime.

also people who have zero children or only one child are fully functioning humans that are perfect exactly as they are this is not about that.

I'm glad that this year I have enough time to use this day to think on being a mother and be a little slower in my pace, take a little more time to be grateful for it. Most of the time when I'm with Beck I'm feeling guilty for not working on something else, and when I'm working I'm feeling guilty for not being with her, and that's a tough and useless way to live, frankly. It's definitely part of the working mom schtick, but on this day in particular I'm glad I get to do both - it's OK to love working and love mothering and some days hate both at the same time and wish you could run away from it all.

Today I'm glad she's mine and I'm hers, and I'm glad she hasn't hit me yet today. Resentment is very low, which is very good.