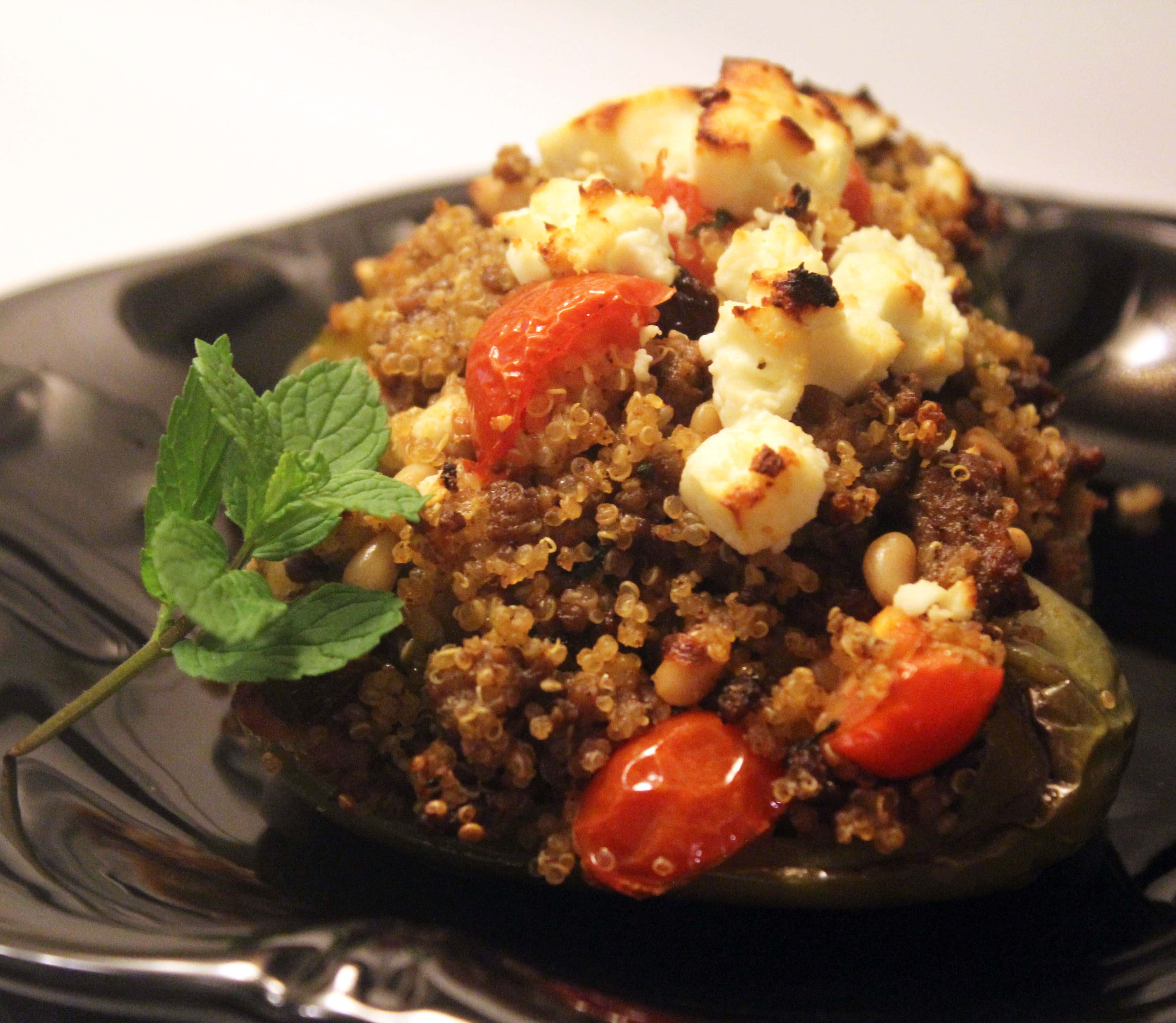 This is in the top 5 of things I've invented because of a weird craving that worked out SO well.

I can't do that though.  That would be bad.

This is WONDERFUL, guys.  I've made it several times now, and each time it gets a little better! The spices are really what takes it over the edge.  We have a restaurant in Greenville called Pomegranate that serves North African-esque cuisine, and it is DELICIOUS, popular, and wonderful to go to.

This recipe, for those of you not into $30 entrees, mimics the flavors of some popular Pomegranate dishes quite well, minus $100 out the window on a Tuesday.

This is definitely easy enough for a weeknight, but special and wonderful enough for entertaining and fun weekend dinners!

I still want to rush out and buy the ingredients for this. 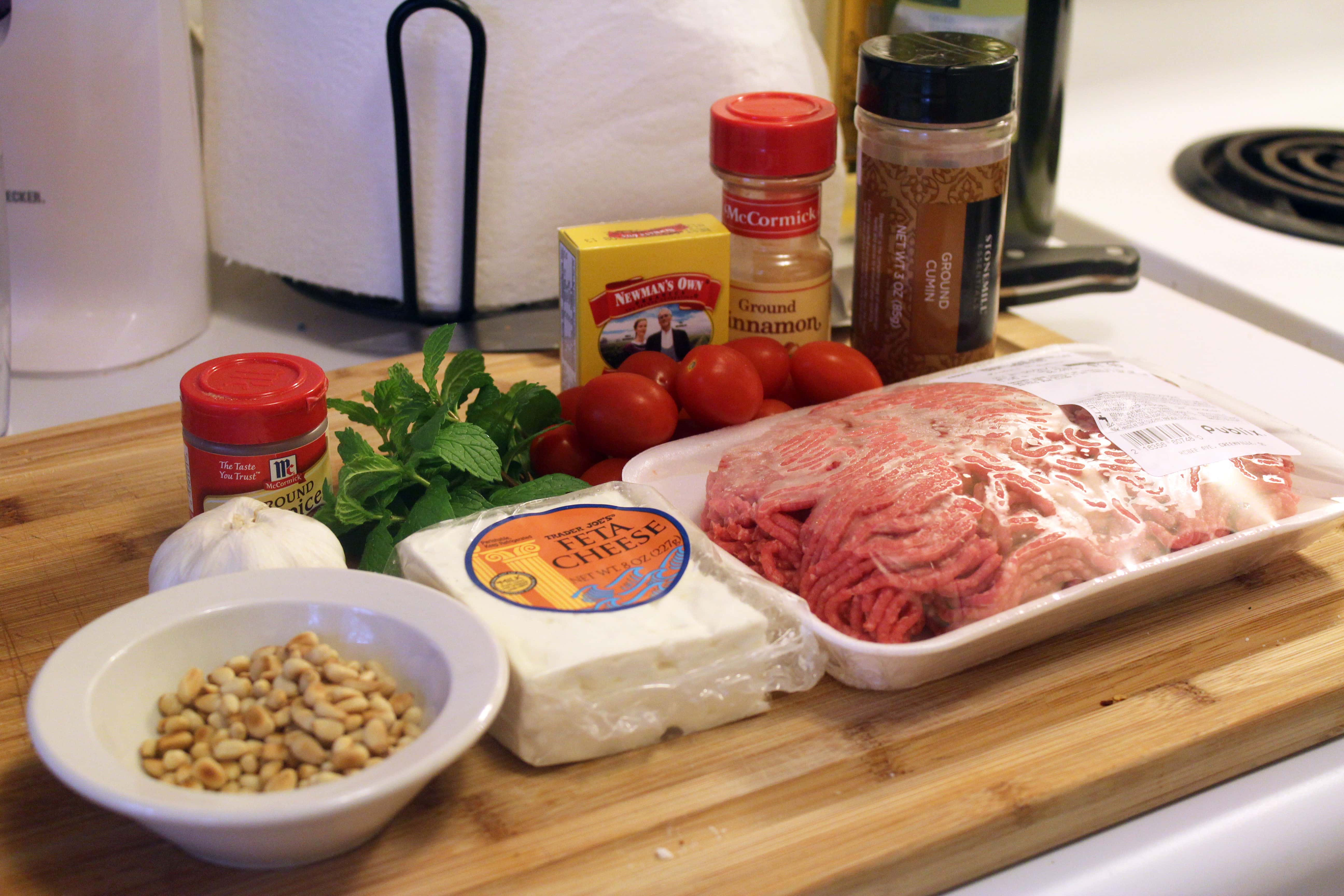 Now, on the lamb.  We aren't all grass fed organic snobby rich folk (translation: we're poor and take what we can get), but use whatever kind you can find.  If the grocery store you're using doesn't have ground lamb, they can usually grind up some lamb products for you, which tastes even better!

Just find some dang lamb though.

Ok.  Preheat your oven to 425F.  Also, preheat a large skillet to medium-high.

If your pine nuts aren't toasted yet, swirl them around in a pan for 90 seconds or so until they start to brown.  Then, leave the pan on for the lamb! 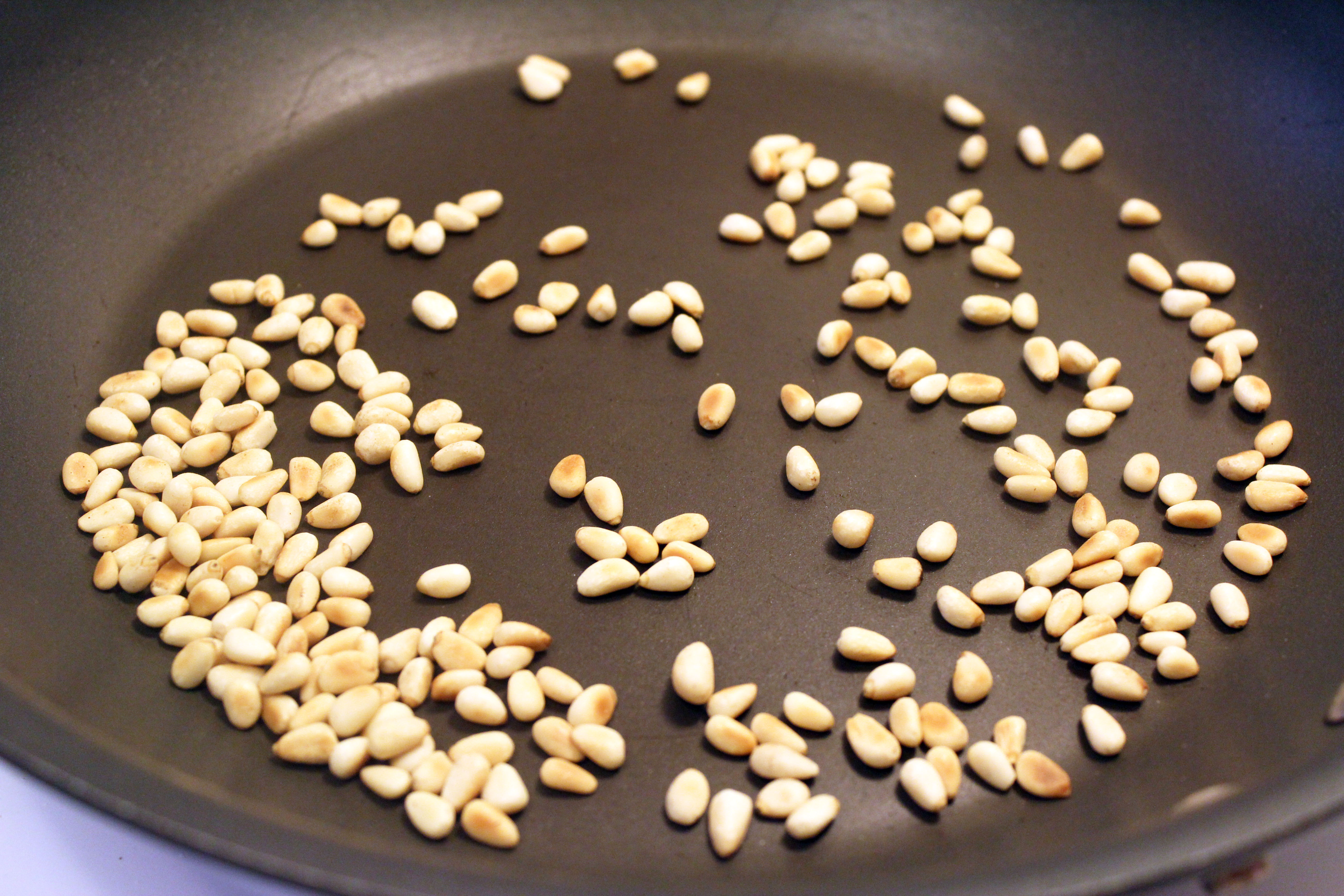 Now, for the peppers, we're going to split them in half and take out the guts. 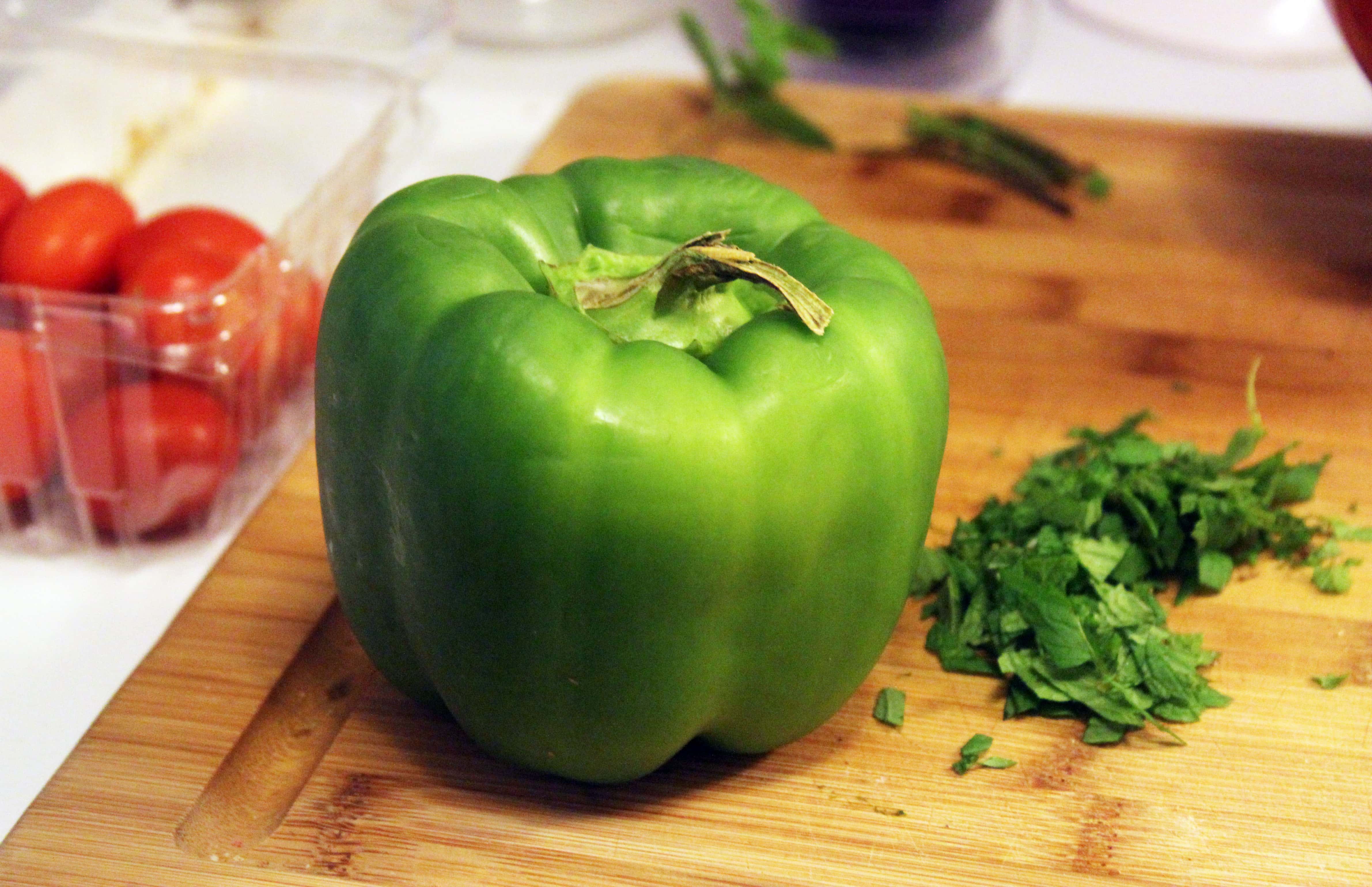 Then, put them face down on a baking sheet or roasting pan and let them roast for 10-15 minutes until they start to slump and look like they belong in an African restaurant. 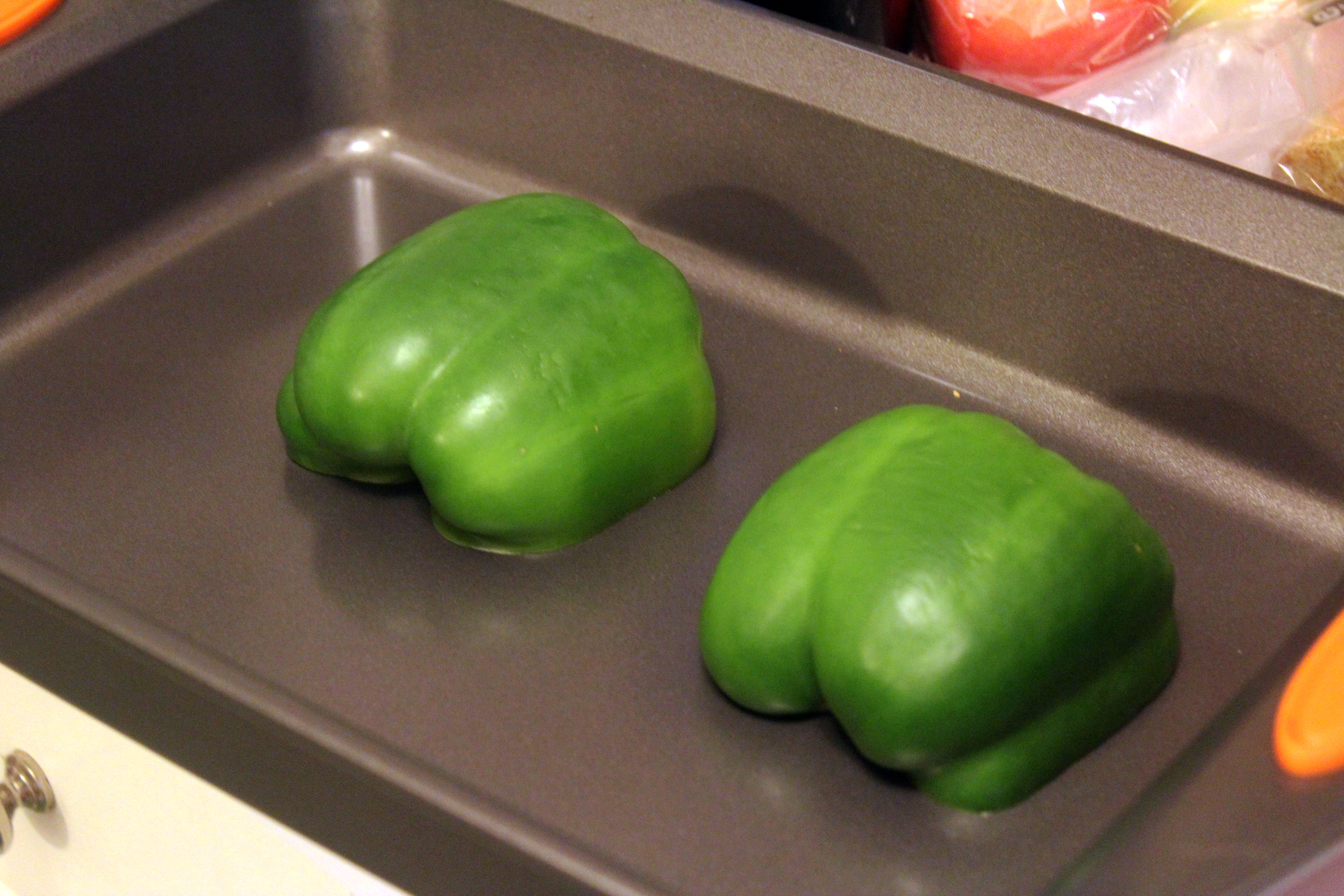 While the peppers are working, start the quinoa in a separate pan with water and a lid - just follow the directions on your quinoa package. 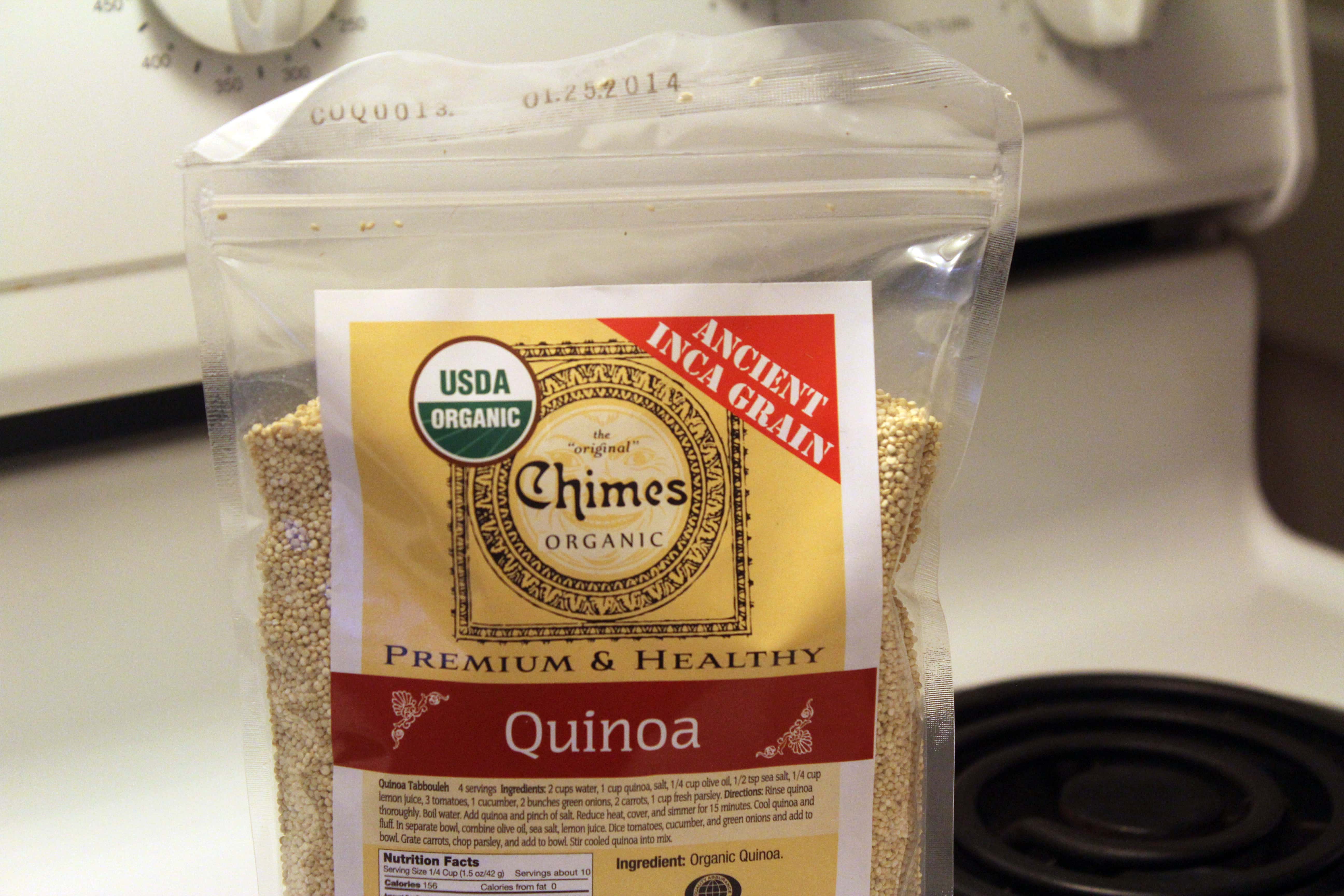 Then, add the lamb and the olive oil to the large skillet you've been preheating.  Spread it out in the bottom of the pan, then leave it alone for a bit to let it get all brown and crispy.  Stir every few minutes, breaking it up as you go. 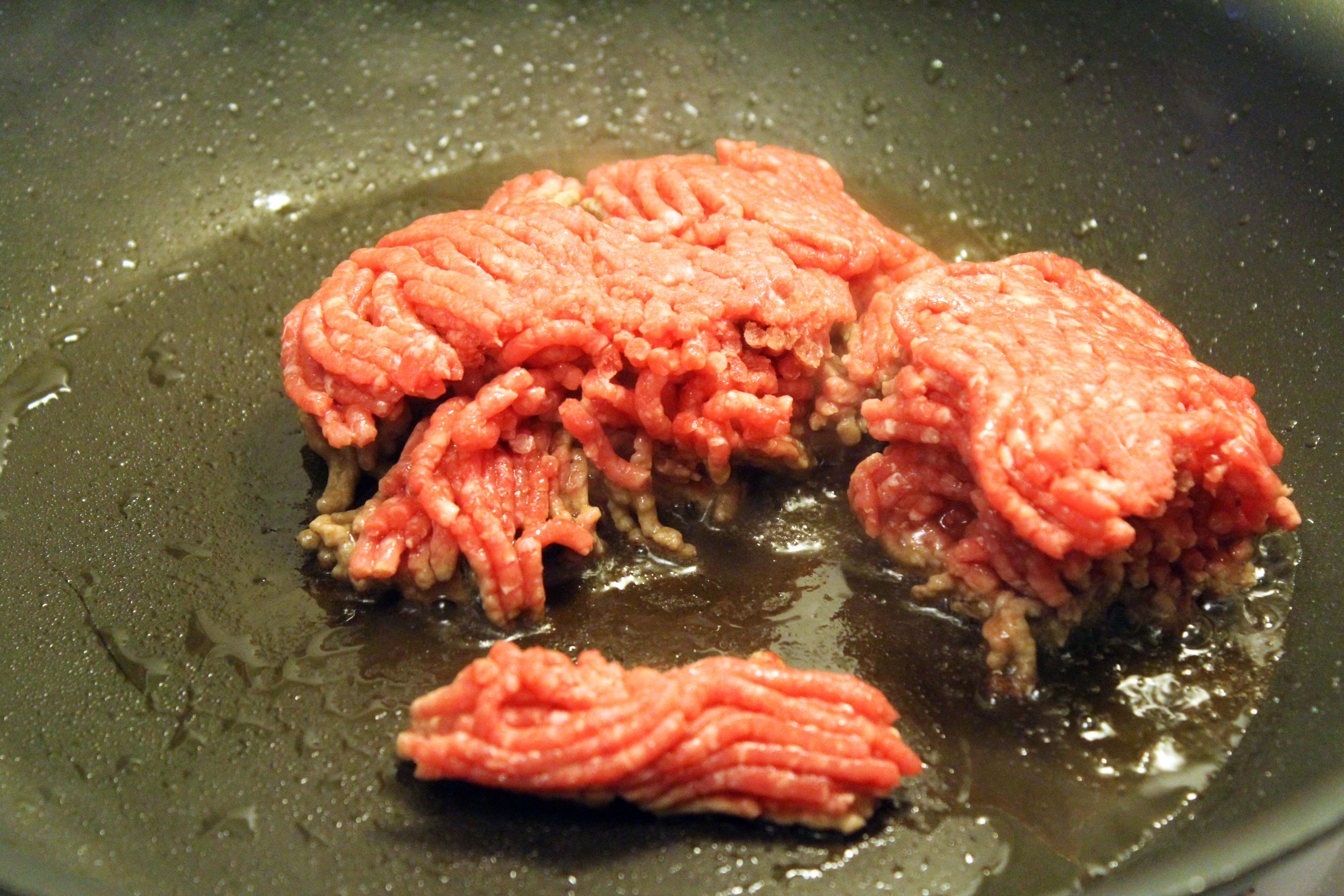 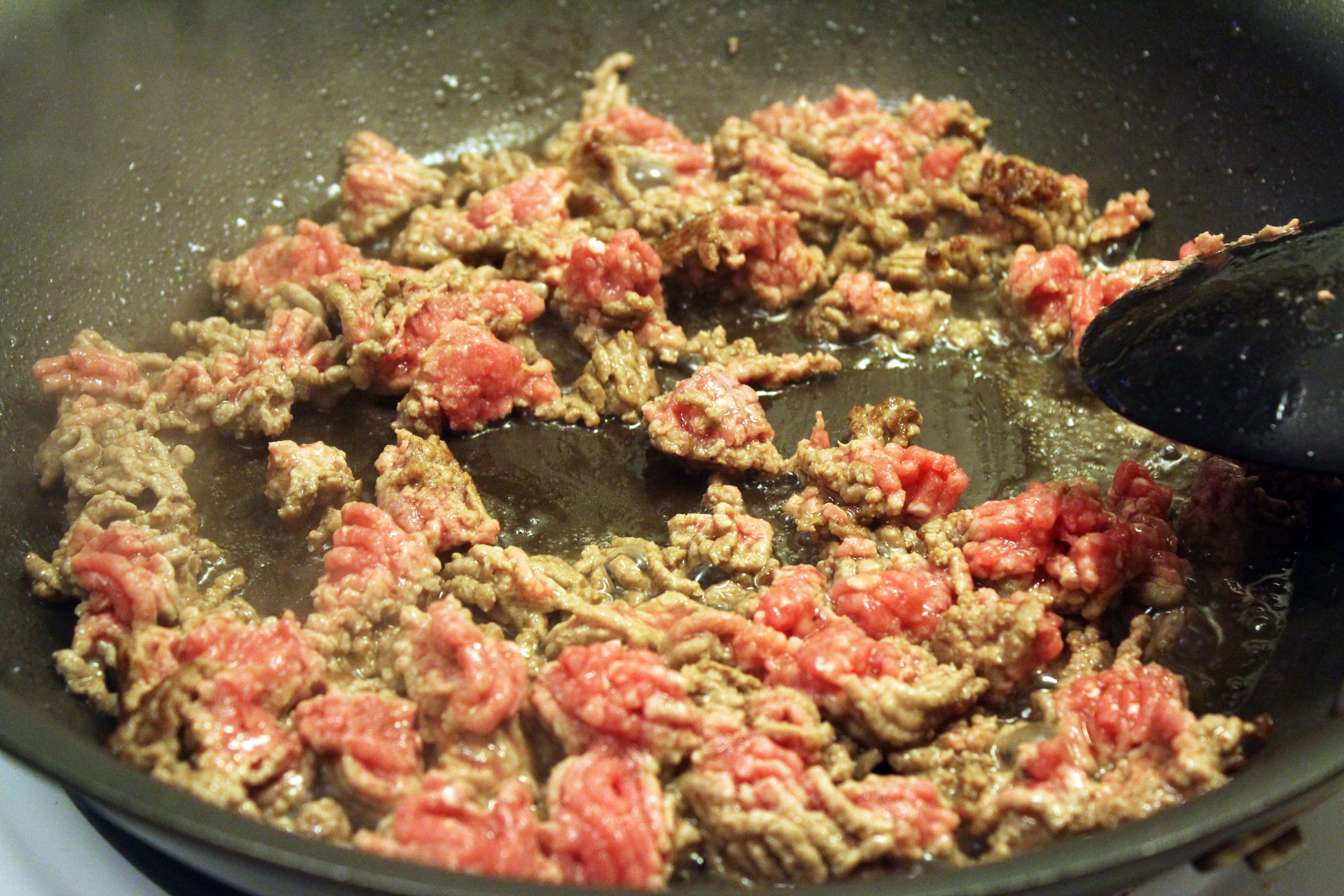 While that is happening, chop the mint..... 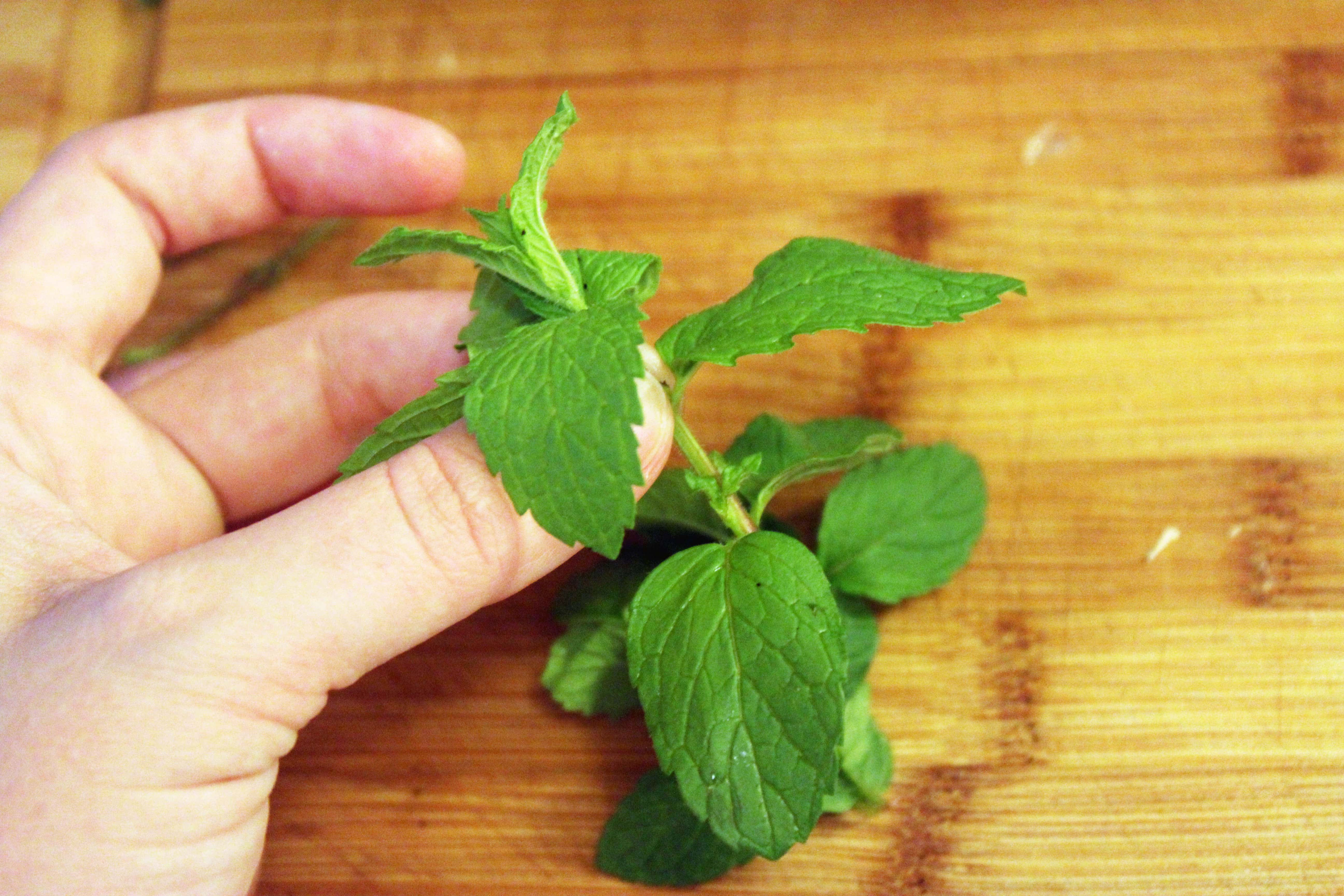 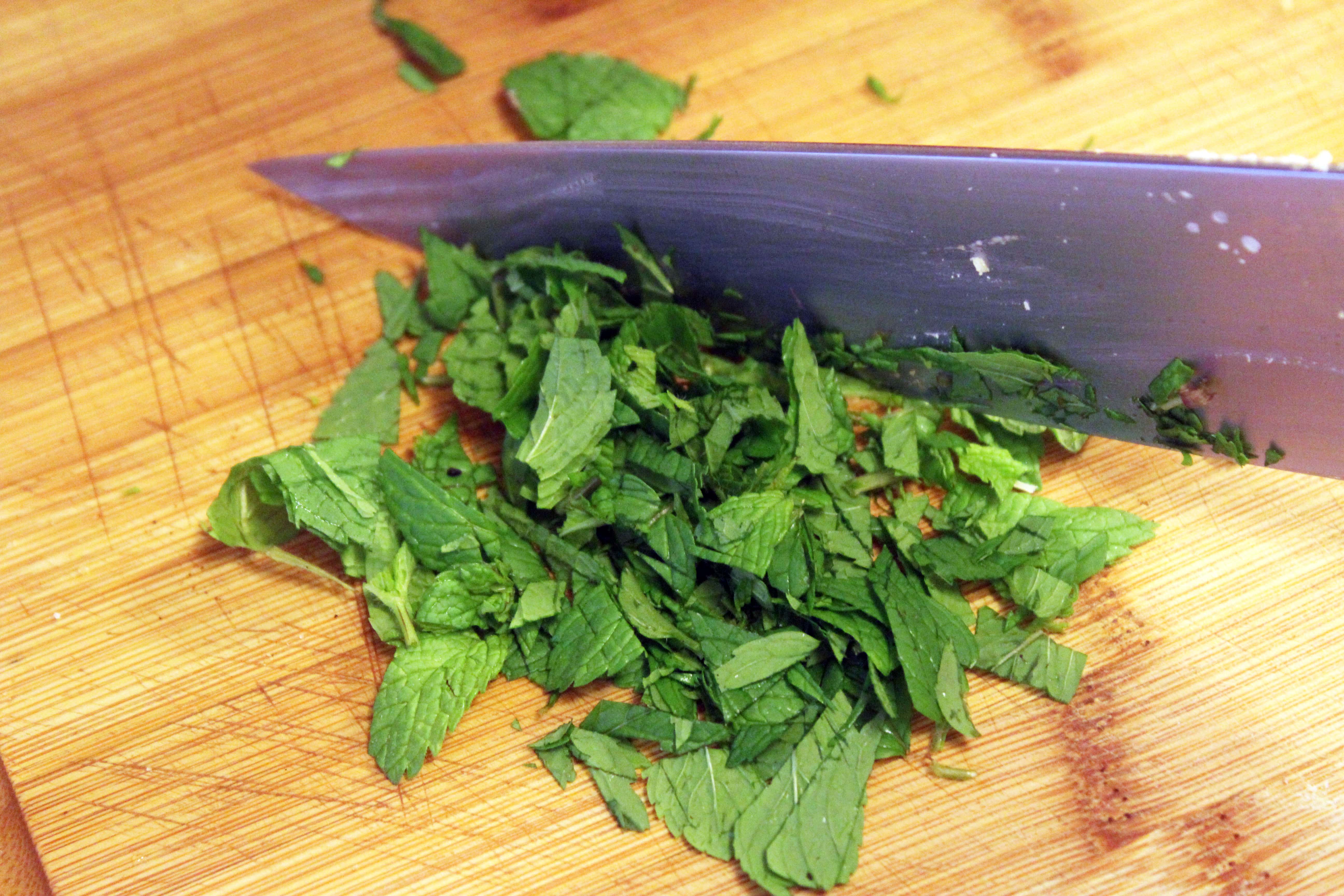 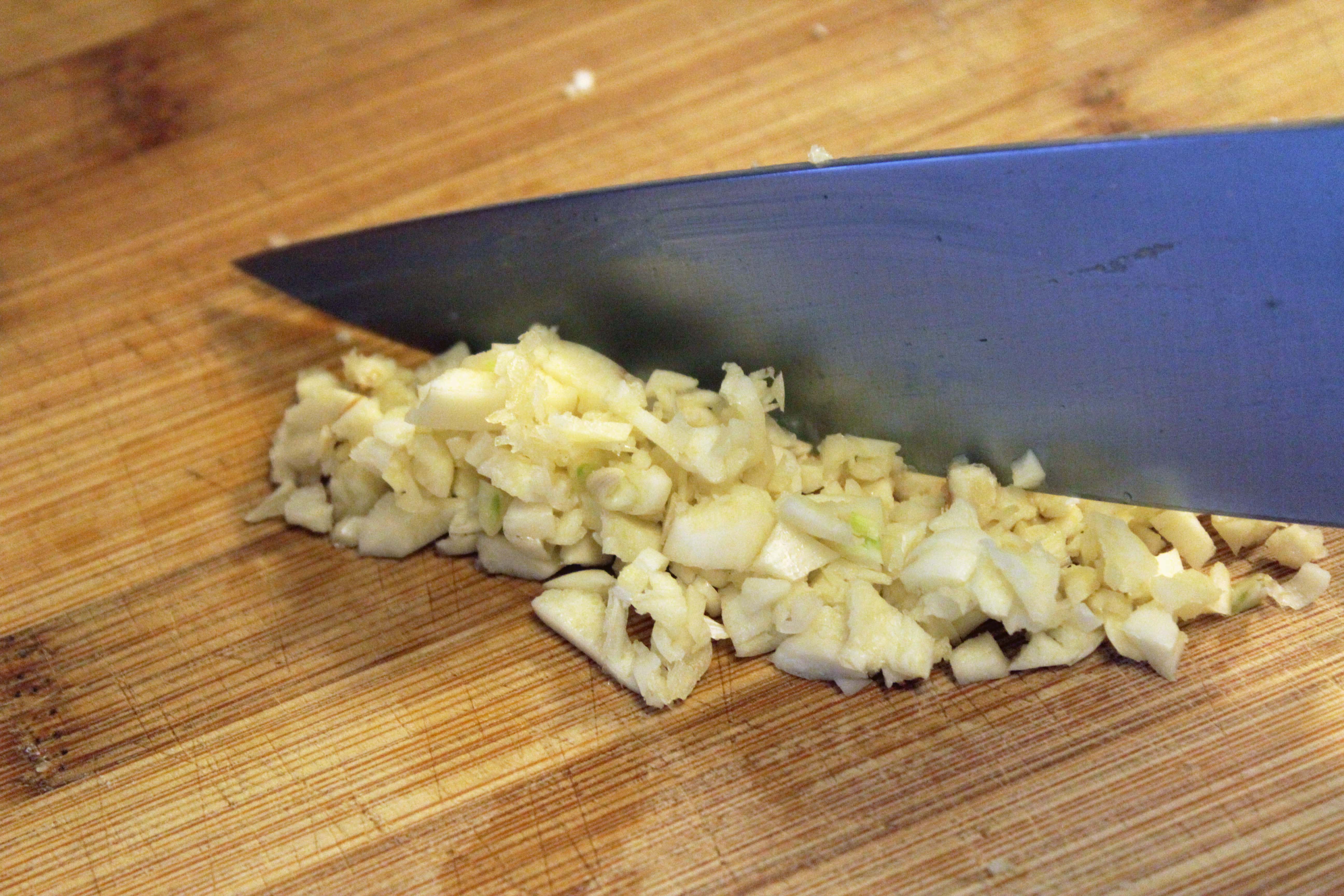 ....quarter the tomatoes, and crumble the feta, if yours is in a block. 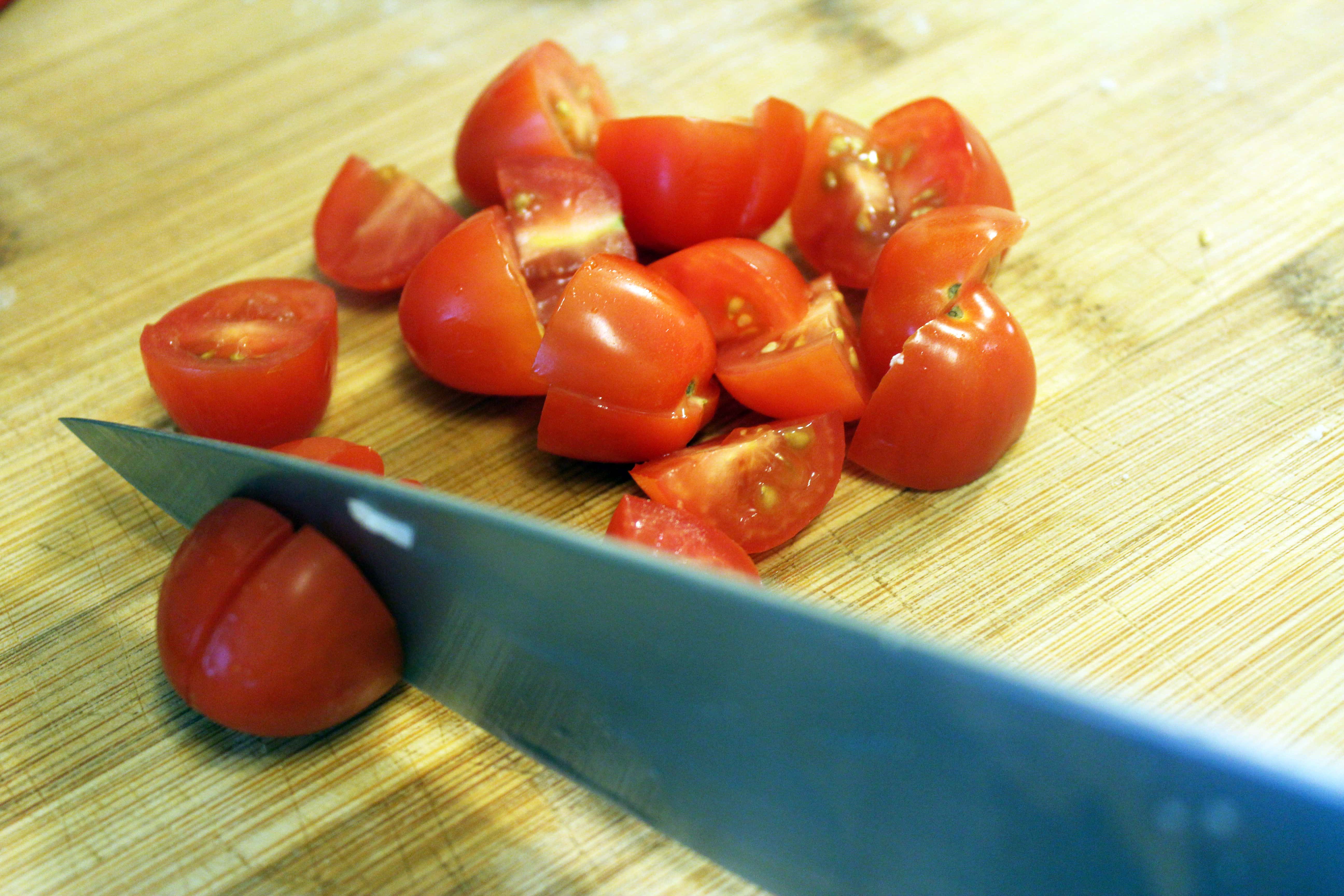 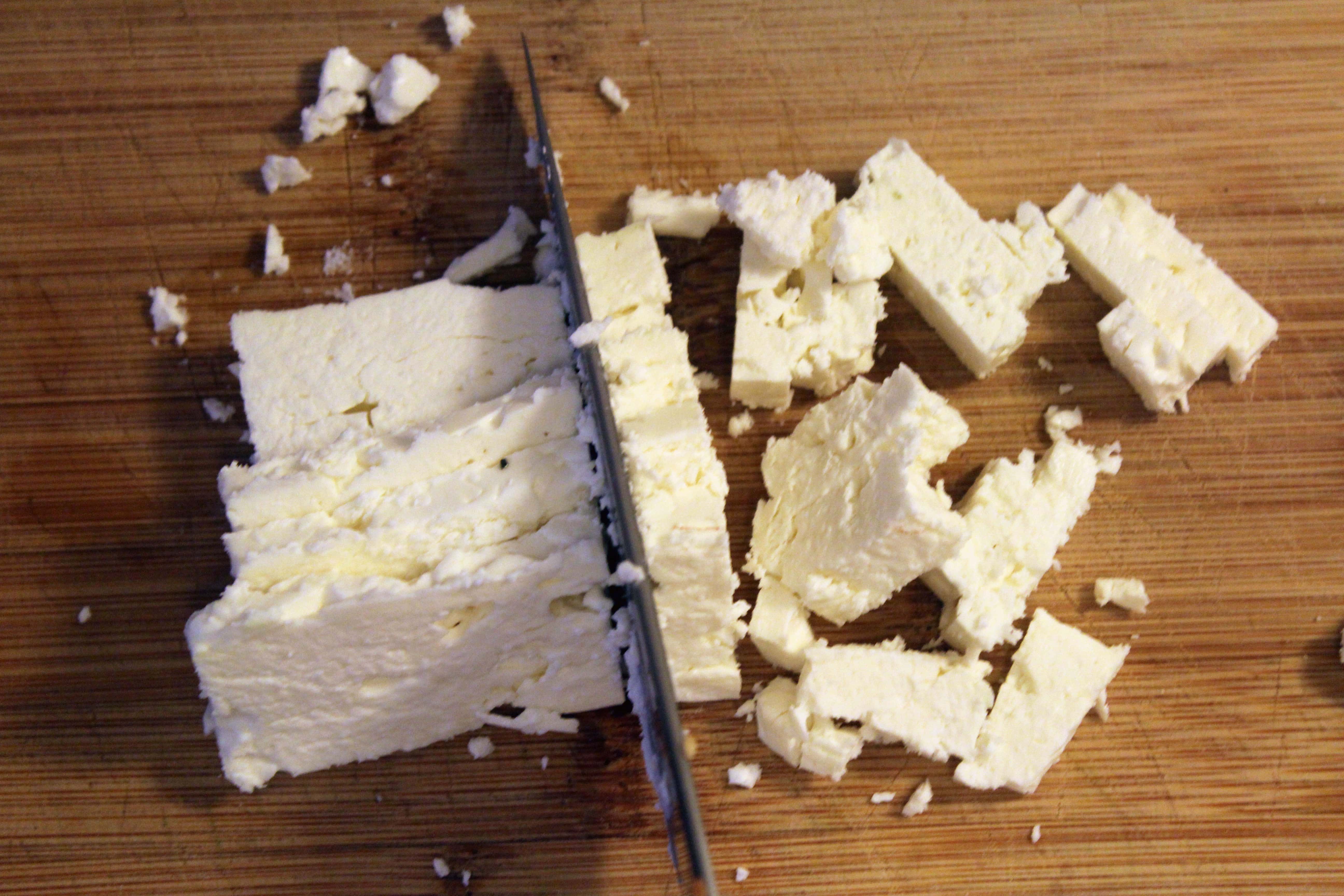 Also, put the raisins in a small bowl of warm water for a few minutes to plump them up.  Drain them before you add them to the mixture.

Now, when the lamb is nice and brown, add the cumin, allspice, minced garlic, crushed red pepper, raisins, and a sprinkle of salt.  Stir that all together, and WOW. 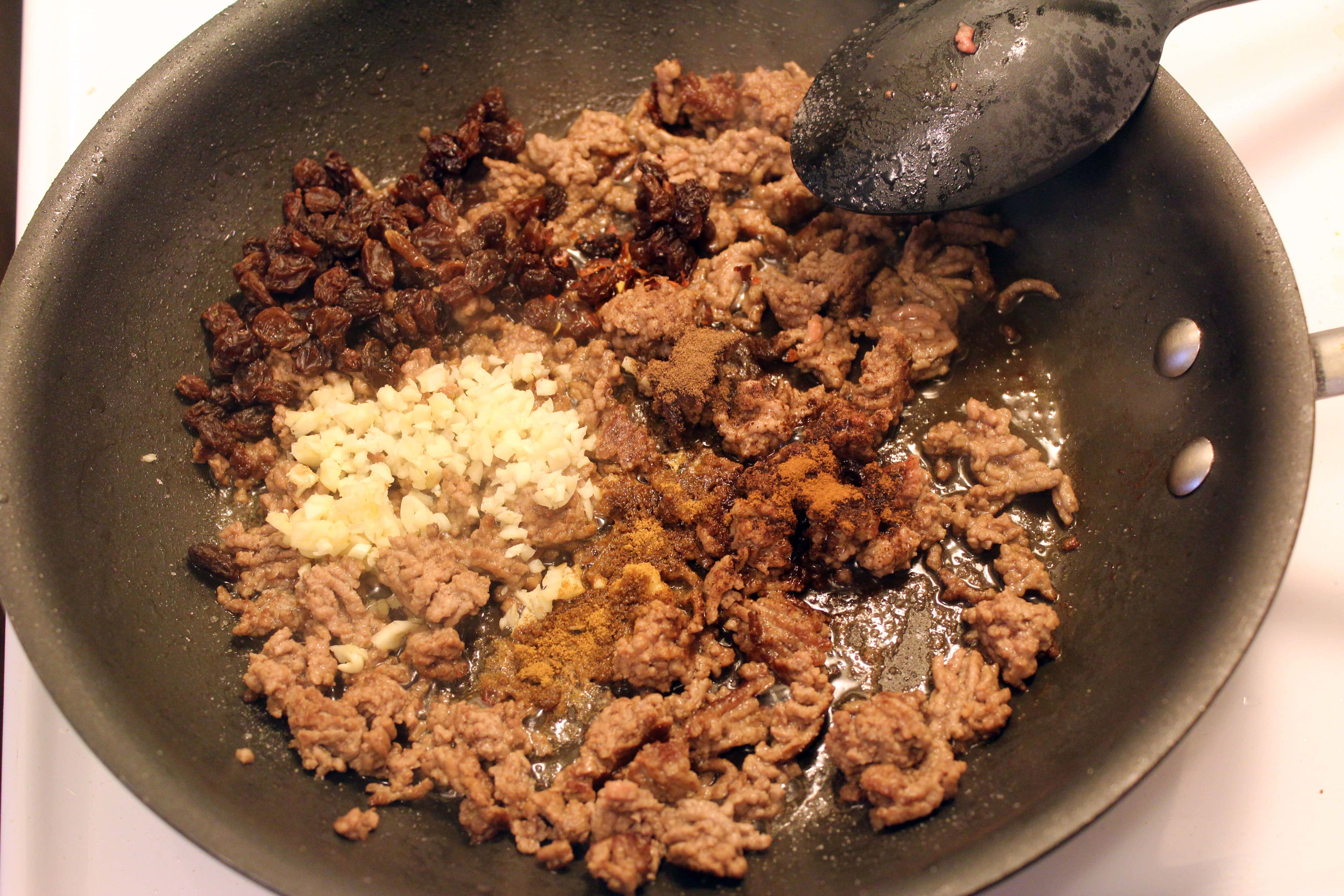 Now, your quinoa and peppers should be done!  When you take the peppers out turn your broiler on high. 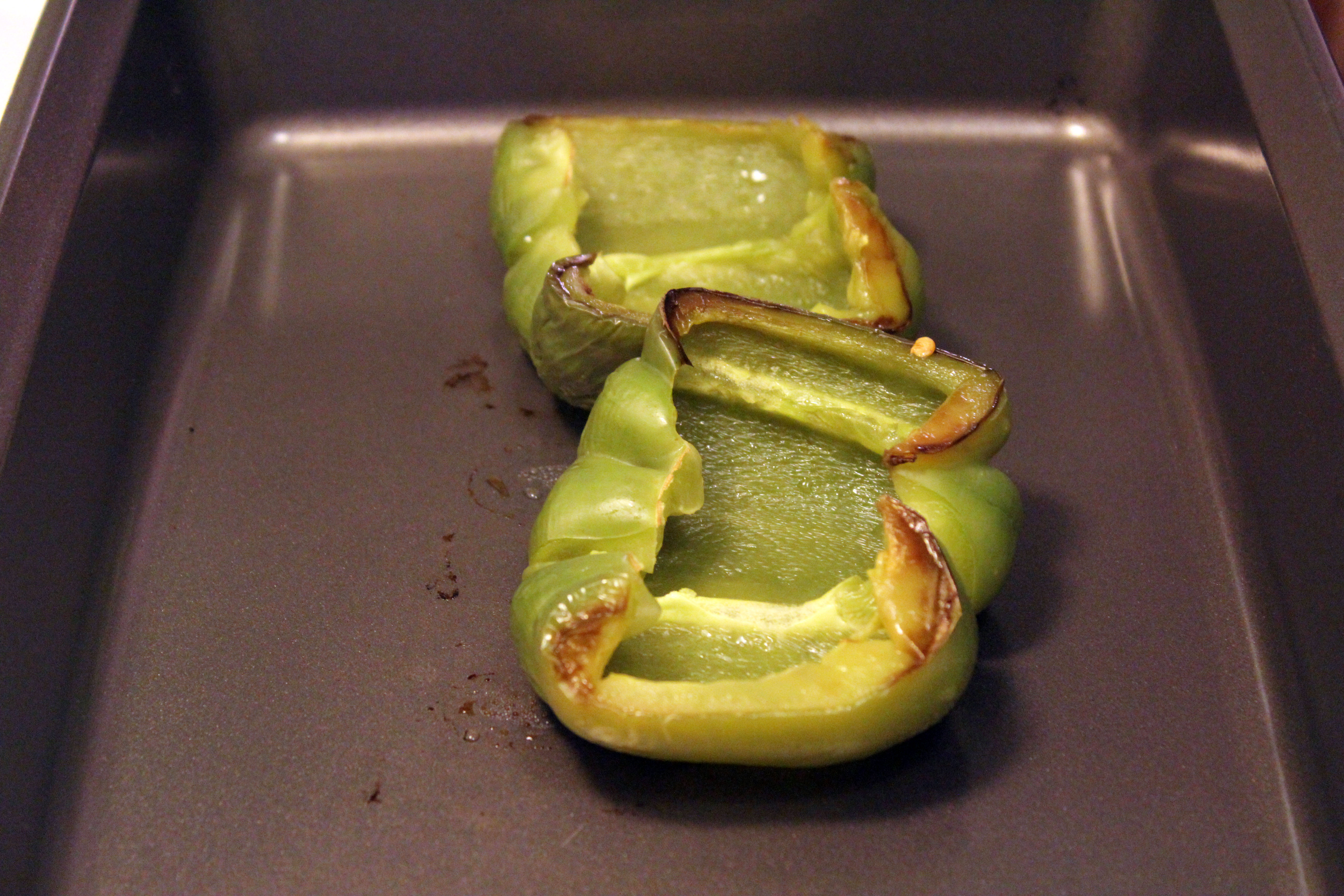 To the spiced lamb, add the quinoa, tomatoes, mint, pine nuts, and ⅔ of the feta. Stir this all together and WOW (again). 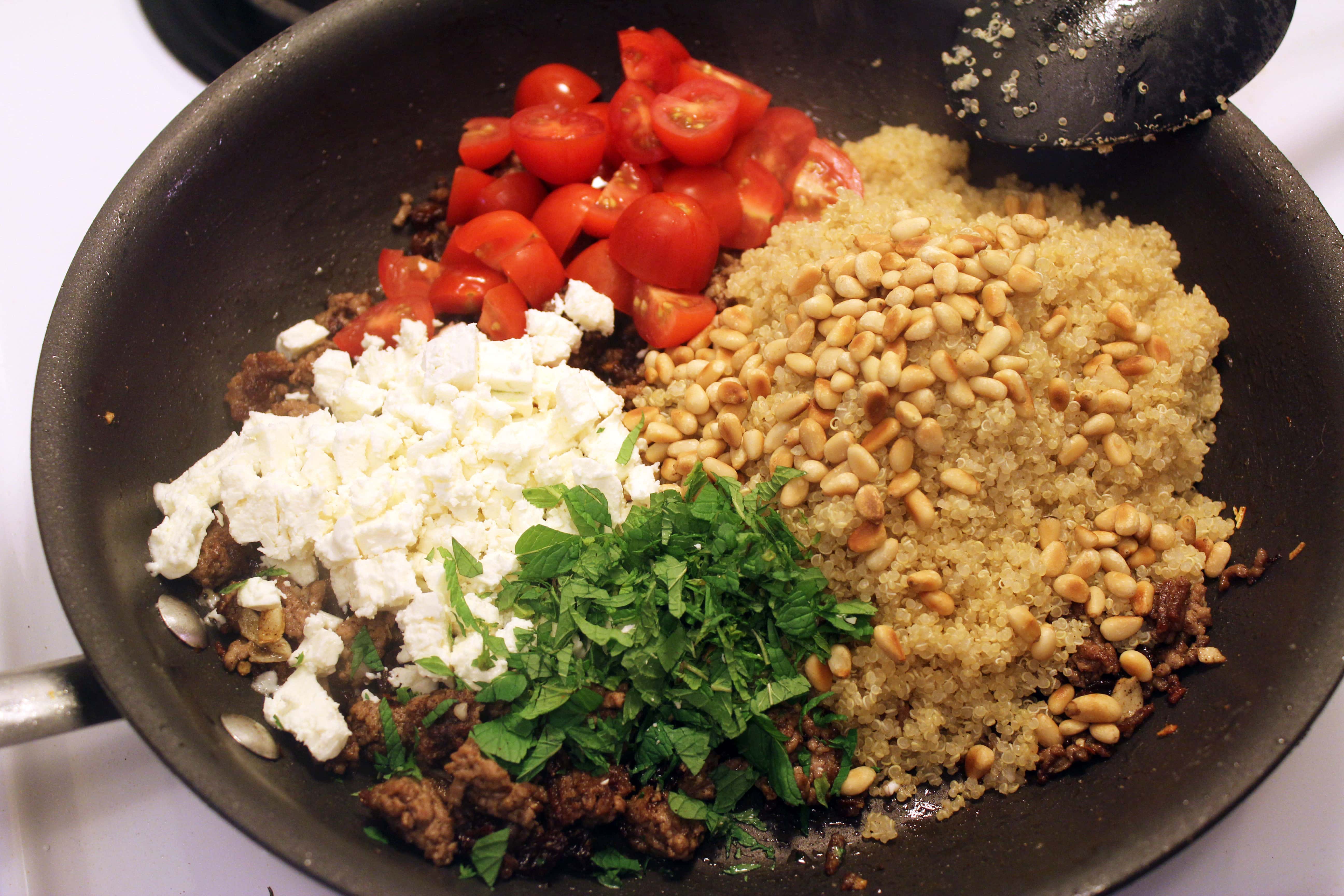 Skip the peppers, this could be a meal on it's own!  The sweet/salty/spicy/gamey combo of flavors SLAYS me.

I am not easily slayed. 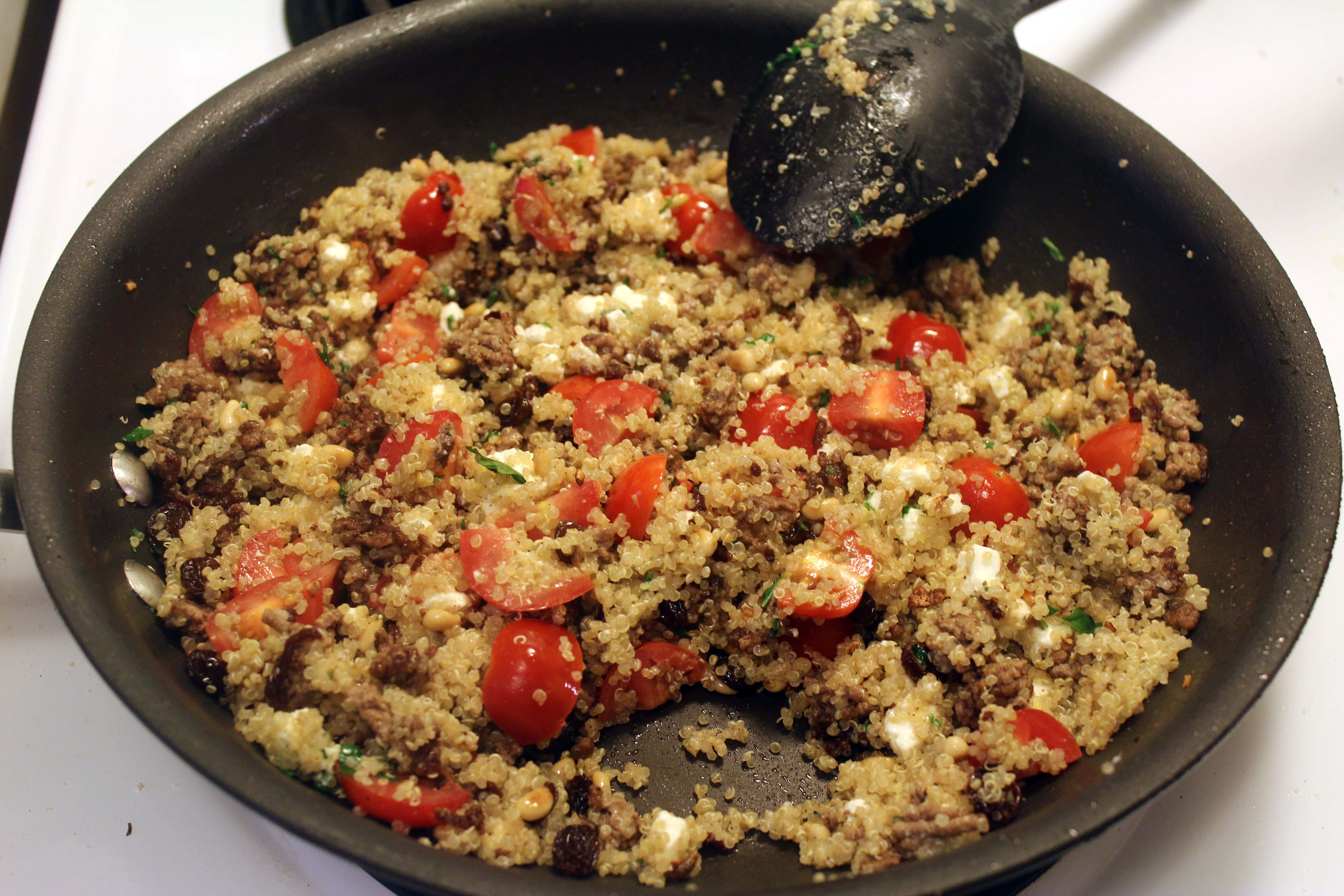 Taste the lamb mixture, and add any more spices that you'd like.

Then, spoon tons of the mixture into each pepper half, and top it with a bit more feta.  Then, broil the stuffed peppers for 3-5 minutes until the cheese starts to brown. 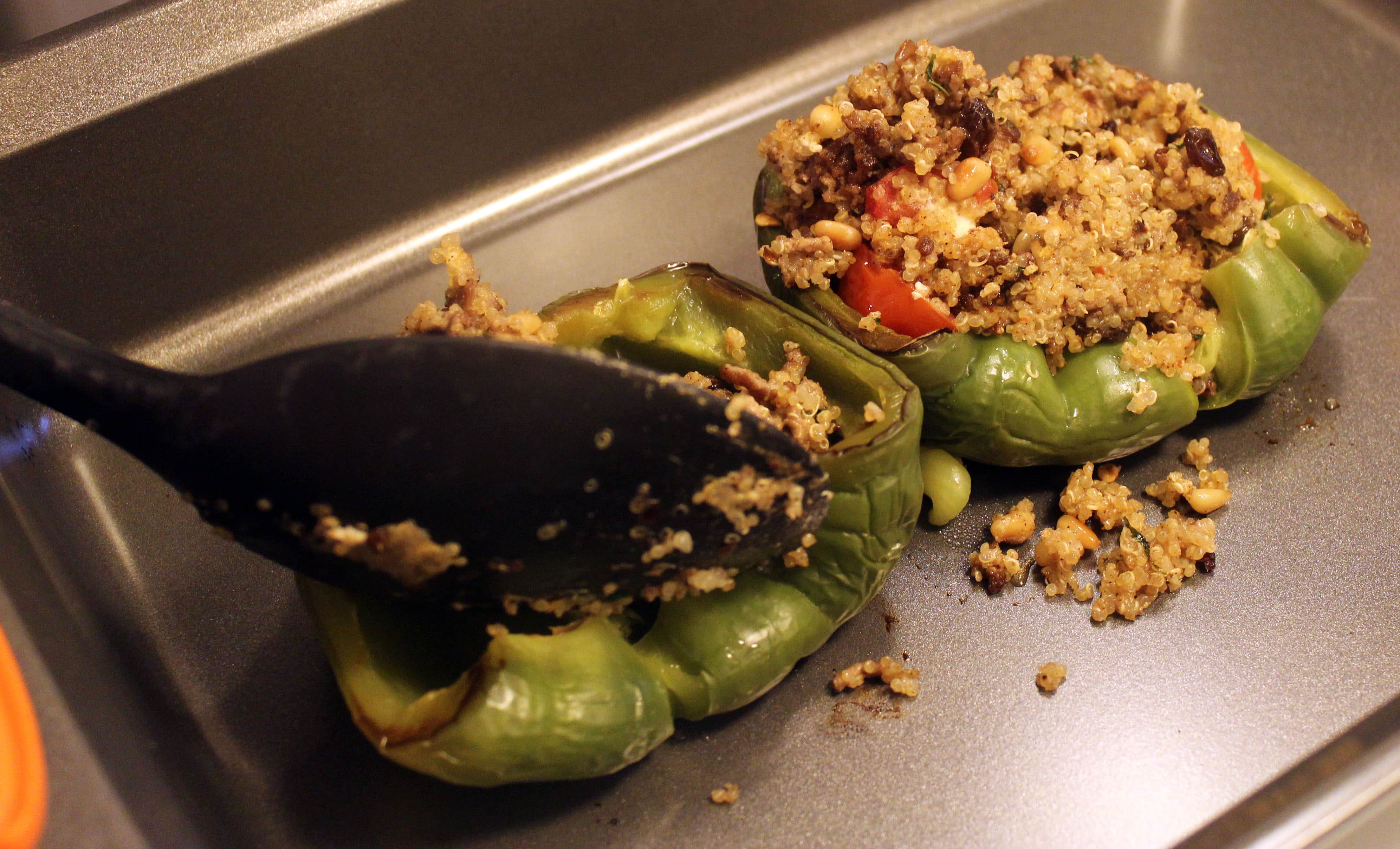 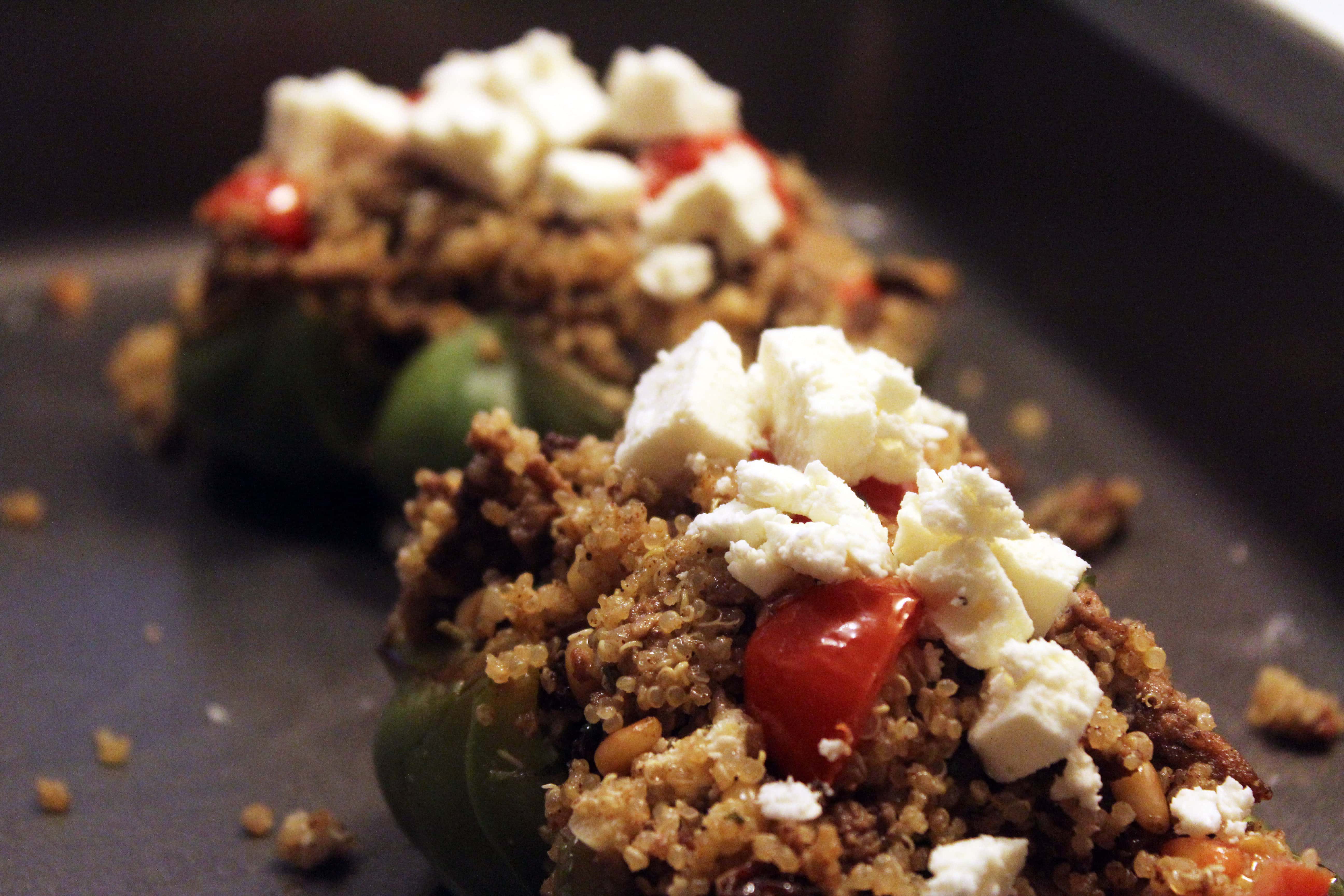 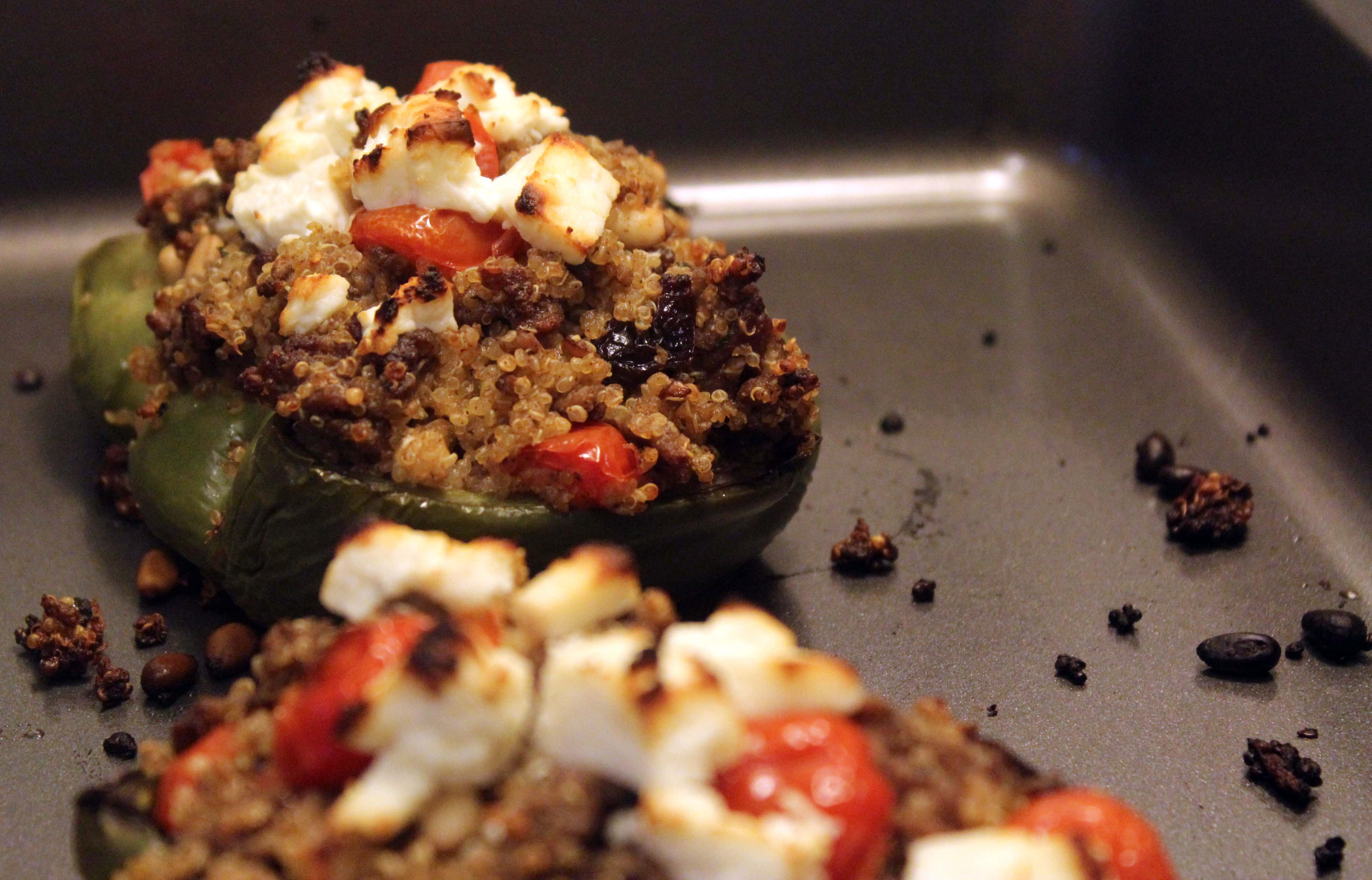 Ahhhhh.  Serve this with plain Greek yogurt or tzatziki, and extra mint, if you'd like. You absolutely CAN'T go wrong with this recipe - I'm considering marinating a massive hunk of lamb in the seasonings for this, but that'll be up next. 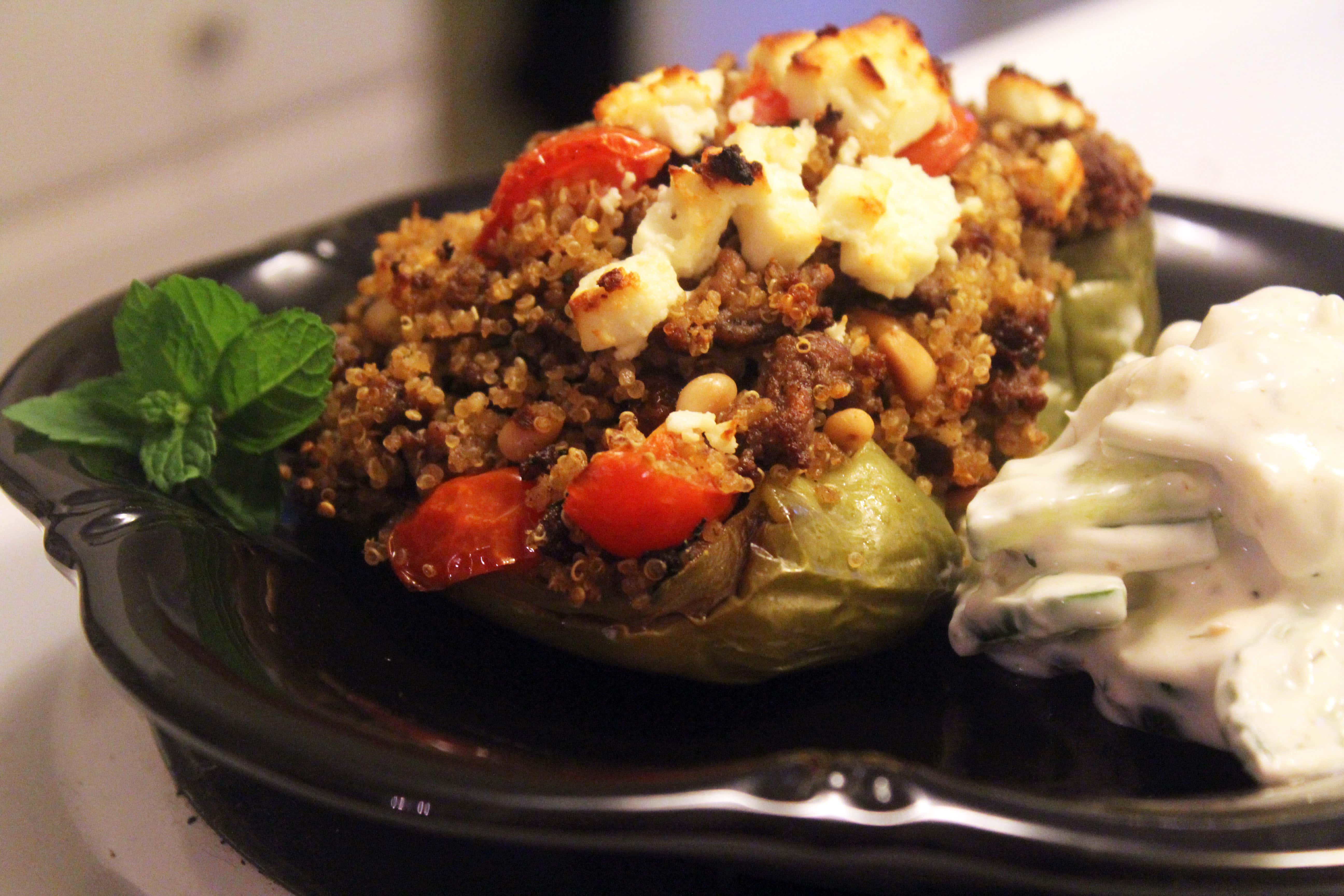 « House Salad
Have Some Fun This Weekend! »